This guide goes over the Farmer Expanded faction I have made. The faction contains 4 units, with 3 of them being sensible. It is on the workshop under the name “Farmer Expanded” with a Haybaler icon. 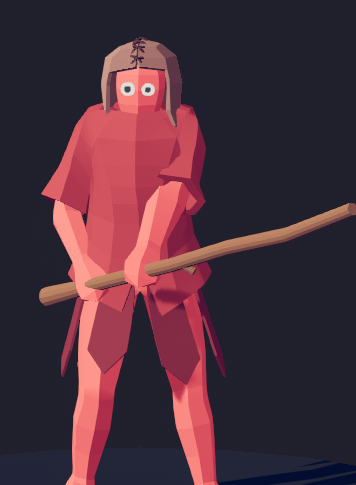 Halfling Grunt is the first and cheapest unit in Farmer Expanded. It is a halfling wearing a leather hat, a shirt that’s probably too big for it, and a large stick.

Halfling Grunt has low-ish health, around the same as a regular Halfling, or slightly higher. Its stick has a moderate attack speed, with slightly below average damage compared to the attack of a Farmer. It costs 80, exactly the same as a Farmer.

Halfling Grunt is best used in swarms, where they can overwhelm the opponent with stick barrages. Paring them with Halflings can also work, as the halflings will grab onto and disorient the target while the grunts deal the actual damage. 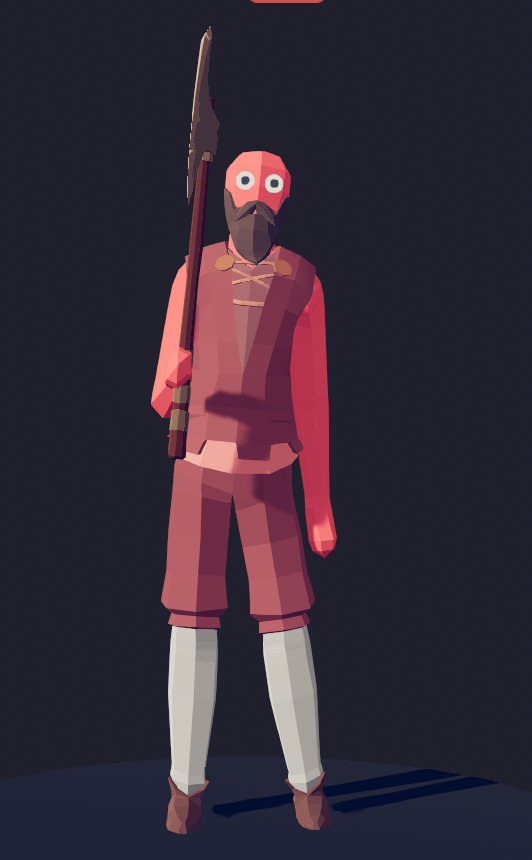 The next unit is the Woodcutter. It is a Wobbler wearing pretty standard farmer garb, with no hair on its head but a pretty nice beard. Oh, and it holds an axe.

The Woodcutter has below average health, being kinda squishy, and only average movement speed. However its axe swings deal good damage, with average attack speed and a small leap effect is applied when swung, so the Woodcutter functions well as a good glass cannon.

Woodcutter is decent in melee combat, due to the power of its axe. It is weak to anything that can outrange it such as ranged units or polearm units like Sarissa, so protect with Haybalers. It is also cheap enough that you can make small groups of them to overwhelm single targets. 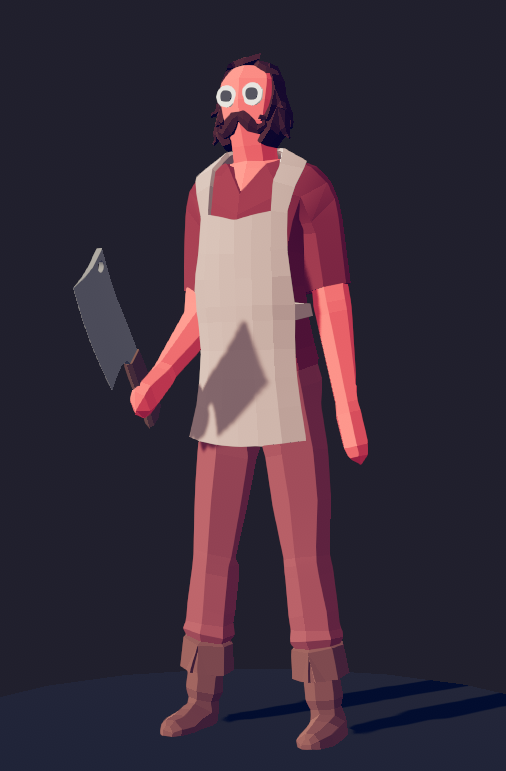 The Butcher is a Wobbler wearing a white apron over a simple shirt and pants with shoes. In one hand, it holds a butcher’s cleaver. It also sports a fine moustache.

The Butcher has above average health and average movement speed, and can perform the Painter’s dodge. Its cleaver deals fairly high damage, on par with a Harvester, and swings at a pretty average rate, though it has less range than the Farmer.

The Butcher is a strong melee unit with about half the cost of the Harvester, so it can interspersed into formations to strengthen them. In melee, they can deal with many opponents, but are weak to polearms that can stab them before they reach chopping range. Although strong, the Butcher is also fairly expensive, so don’t overuse them. 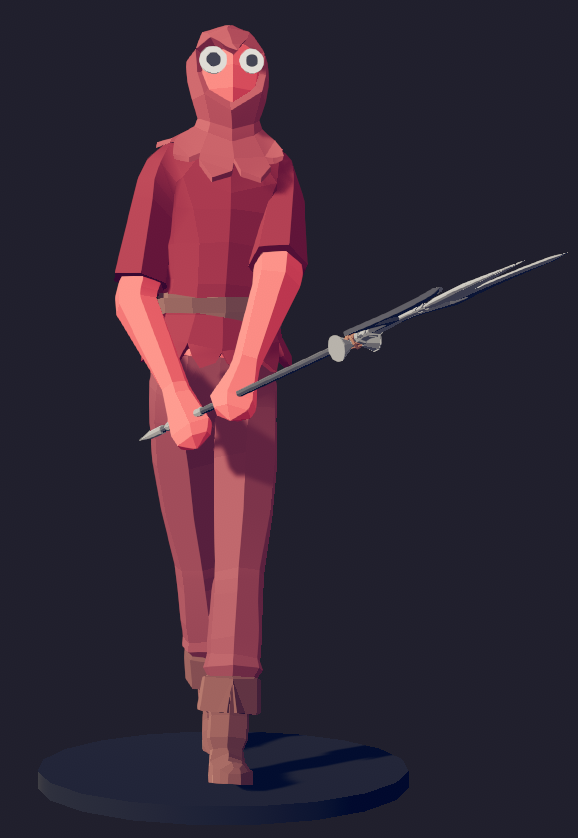 Remember when I said that 3 of the 4 units were sensible? Well, here’s the not sensible one. Meet the Farmer Giant, Sporting standard farmer’s clothing and a very large pitchfork (or trident, for the nitpicky).

The Farmer Giant, as a matter of being so large, has great stats, with very high health and high damage. It can also do the Giant Stomp manoeuvre.

The Farmer Giant probably won’t see use in your average farmer game, as it costs over 1000 to place. If it does come into play, then watch it tear through weak enemies with its stomp and stab combo. If you need to back it up, use ranged units, as the Farmer Giant has no ranged attacks. Crowd control isn’t really a problem with the stomp attack though.

Hope you enjoy the Guide about Totally Accurate Battle Simulator – Farmer Expanded Faction & Units Guide, if you think we should add extra information or forget something, please let us know via comment below, and we will do our best to fix or update as soon as possible!