This guide goes over the Tribal Expanded mod I have made. It is available on the workshop under the name “Tribal Expanded” with a Bone Mage icon. It contains 4 new units themed with the Tribal faction. 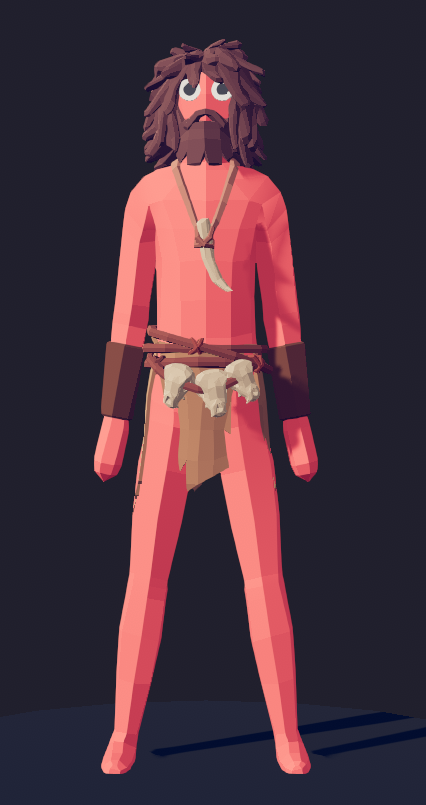 The Brute is a unit with some very shaggy hair, a simple tribal necklace and loincloth, and absolutely no weapons at all apart from some knuckles.

The Brute has no defensive equipment or abilities, but has relatively high stats, with high health, decent damage with its patented Tribesman Knuckles, and above average stats in other areas.

The Brute’s best use is of course in the frontline. Its high health allows it to tie down melee and ranged units for a time, giving other tribal ranged units such as the Stoner a chance to reload and fire. The Brute can also take down a few units with it, as its knuckles deal good damage, even with low range. 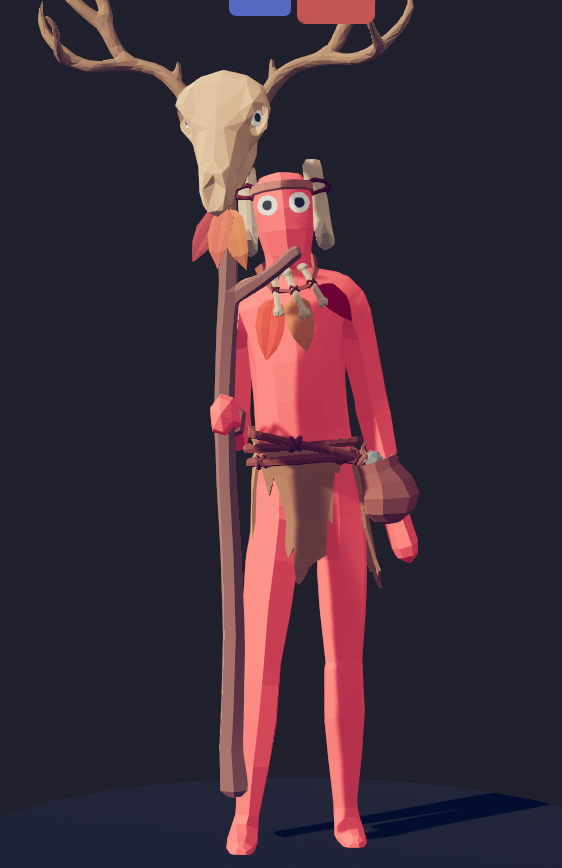 The Shaman is a ranged unit wearing two bones on the side of its head, a loincloth, a leaf and bone necklace and carrying a skull staff like the Bone Mage’s, as well as costing as much as the Bone Mage.

The Shaman has terrible health, and just about anything will kill it. It only has average movement speed, however it does have a very high attack speed. It will rapidly raise its staff and fire a spike at enemies, usually aiming for the feet for some unknown reason. The spikes have low damage, but the constant barrage can add up.

The Shaman needs to be used with other units supporting it, as their spikes do not have enough damage to kill a tough unit approaching it. With melee units protecting it, the Shaman however becomes a useful unit because of its rapid fire rate, in contrast to the slow fire rate of most other tribal units. 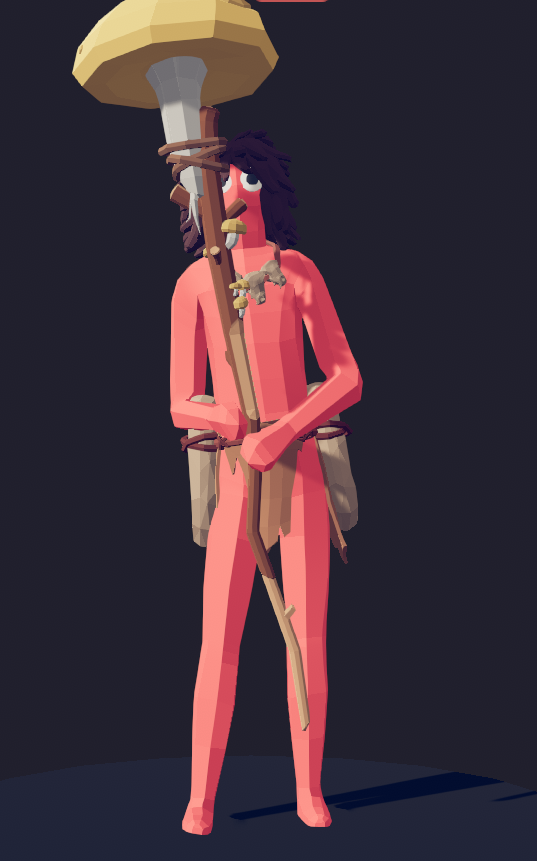 The Witch Doctor is a tribal unit costing 320, wearing hair, a bone necklace and loincloth, and wielding a staff with yellow mushrooms growing on it.

Much like the Shaman, the Witch Doctor has terrible defensive abilities, with low health and average movement speed. However, the Witch Doctor has no method of attack, and instead focuses on healing the most valuable allies within range. It will usually heal in 2-ray bursts, allowing it to heal faster than the medieval Healer unit can.

The Witch Doctor should be used much like the Healer, except in smaller numbers, to apply to expensive units. It is best used on high-health units such as the Mammoth that are unlikely to get killed in one hit and render the healing useless. However, make sure you have adequate defences, otherwise the Witch Doctor will be cut down by enemy units. 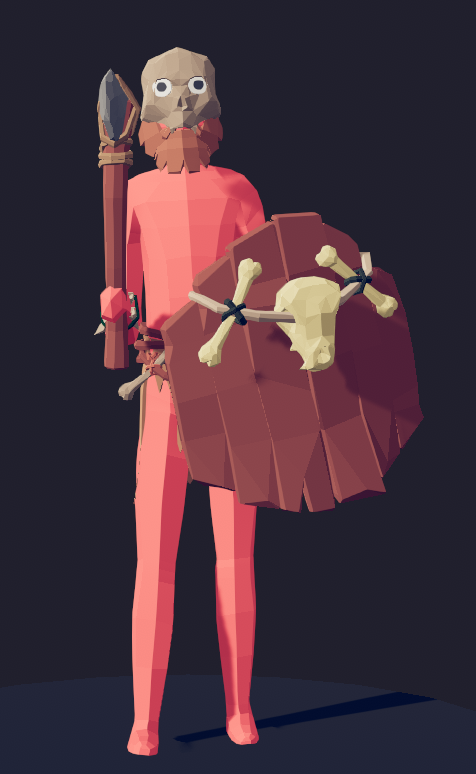 The Warrior is the most expensive unit in Tribal Expanded, at 340. It wears a skull helmet with beard and a loincloth, wielding a small wooden shield and a stone axe.

The Warrior is a fairly powerful melee unit, acting similarly to a Knight, though weaker. With decent health, movement speed and some measure of shielding, it has decent survivability, and has high damage, capable of killing many units with an axe blow followed by a shield bash.

The Warrior is quite powerful, and thus should be used sparingly lest you wish to run out of funding. In melee combat, it will decimate many weaker units, but is more prone to ranged attacks due to the small size of its shield, and siege units even more so. Additionally, large groups of foes can overwhelm the Warrior, killing it quickly. Use it against small amounts of enemies, with additional support in the form of Clubbers, Protectors or Brutes.

I hope you enjoy the Guide we share about Totally Accurate Battle Simulator – Tribal Expanded Mod Guide; if you think we forget to add or we should add more information, please let us know via commenting below! See you soon!