CANNIBAL PTERAS? DINOS BITING YOUR TAIL? CAN’T FIND FISH ONLY WAY TO SURVIVE IS TO KILL YOURSELF??


Look no further. I’m Rosa, and I am The Isle expert.

So you’re a bab, started fresh. Now what? Where do I even spawn?? 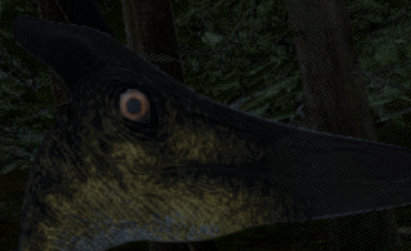 I recommend, personally, spawning near the South. That way, you can go to the south pond. It’s good for fishing since most dinos stay near the waterfall or shallow areas. You can drink below the second waterfall, dinos almost never camp there. The area with tons of foliage on each side of the thin river.


Thankfully, it takes like, 5-10 minutes to reach 15% growth. Therefore, I recommend bush camping until 15 or 20% THEN you can embark to seek food.


As a baby, you’re extremely vulnerable and CAN NOT take a hit. You’re baiting for older pteranodons, too. Not usually, but cannibals can be lurking anywhere and everywhere. Therefore, I recommend avoiding adult pteras unless you’re certain you can trust them. Especially avoid those who don’t talk.


If you see one, scram for the bushes, land, and rest. You’re extremely well hidden as a baby. 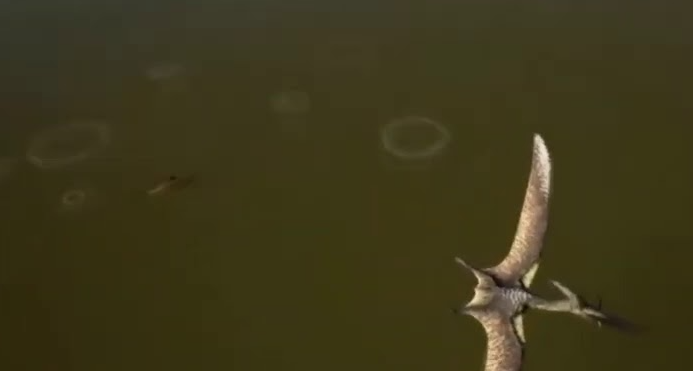 Finding food as a ptera is the gray line of hard and easy. Though, it’s all about finding the right fishing spots. I’ve noticed the map is pretty barren of fish except in certain spots.


Spots that have fish that I’ve taken note of:

NOTE: This will be updated later. Fish spawns are so barren because it’s being buggy currently. This will hopefully be fixed soon. For now, these are the areas with most abundant spawns.


Fish can really be found anywhere, but I’ve noticed that in those areas, they’re most abundant.

All you really need to do as a ptera, to catch fish, is to glide close enough to the river, but far enough so dinos don’t get you.


Keep gliding until you find random water bubbles appear, like in the picture above. Then, you’ll trace back, get close to the water, and hold down RMB, you’ll start sinking into the water while doing this, so keep lightly tapping the spacebar to keep yourself afloat.


Keep doing that until your beak goes over the circle. Then, take your finger off RMB to catch it. You’ll know you’re doing it a right when a prompt shows up to stop holding RMB to catch. 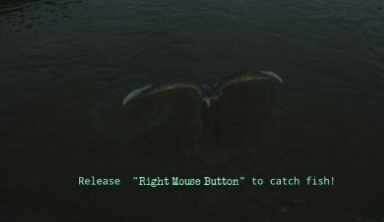 
Quite frankly, fish is the easiest and safest way of food. The other option is feasting off of corpses, which I do NOT advise. Even as an adult ptera, you can be killed easily by other baby dinosaurs.


Fortunately, they fixed not being able to fly whilst bleeding. You can now fly while bleeding, but you can not when pounced. If you get pounced, try your hardest to buck and fly away immediately and heal in a safe spot thereafter.


As a baby, it’s extremely risky. As an adult, I’d say it’s worth the risk for sure.

Well.. it ain’t that scary, but The Isle sure knows how to stress us out while drinking. 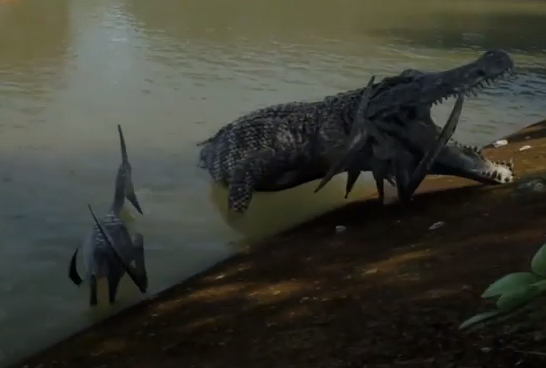 Water is abundant throughout the map. Just fly, it’s everywhere! It’s unlikely you’ll have a trouble. Just fly the opposite direction of the ocean.


Yeah.. but where can I get some WITHOUT dying 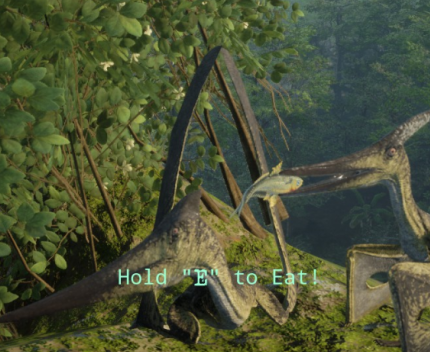 So.. thankfully not much is to worry! A lot of pteras are chill players, that’ll even offer you food if you encounter one. But not all of them are good…


With the recent downfall of fish spawns, especially. A lot of players are being forced to live as a vulture ptera. Now, by the time you read this guide hopefully fish spawns will be abundant again but if not… Expect to run into more cannibals.


Thankfully, most pteras won’t risk killing you if you’re an adult unless it’s dire. But if they do GET OUT of their line of sight if you don’t think you can fight back. Run far into forest, land, and rest. Try to just land and rest, don’t walk because they can smell your footprints.


Otherwise, you don’t got much to worry about! Most pteras like to just hang around South pond waterfall, and the waterfalls beneath its river.

Flying (C’mon you need help with this? Really?)

Up and away we go! 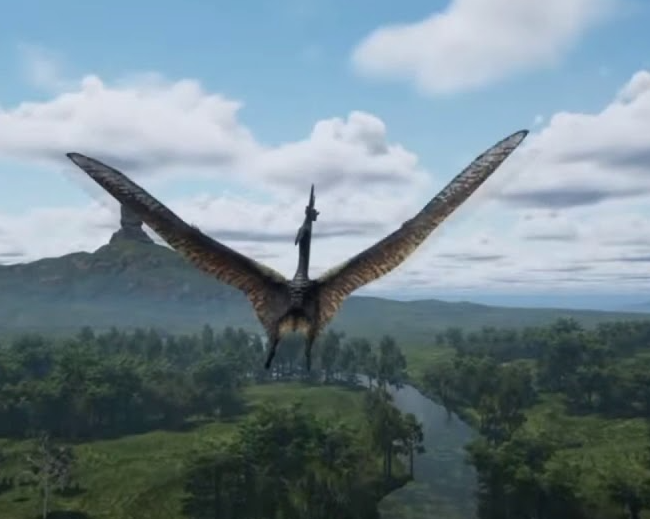 Probably the easiest thing that comes to the ptera! Thankfully, you can fly as soon as you spawn in.


You can take off two ways. Run and holding spacebar will make you run and flap your wings, hold spacebar when ready to take off.


Or… Hold a spacebar to lift off right from the ground, which is the easier way.


Fly where you want to land, then hold z to flap your wings and slow down softly into your landing spot.


Not too much of a concern thankfully! When you bump into trees, your ptera will screech, but shake it off! It takes a lot to shake you to the ground. Just recollect yourself and keep flying.

A 50N biteforce? You’ve gotta be kidding me. 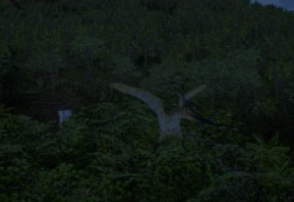 To start off simple, here is a list of things you CAN kill currently. Anything that’s not listed is a death wish.


WHAT I CAN KILL AS AN ADULT


Now, I’ll say it here. If The Isle ever removes being able to fly while bleeding, you will never be able to kill anything surefire. You might be able to, but it’d be highly unlikely.


Moving on… You have a 50N biteforce, you’re crap. So, use the one thing that gives Ptera the upper hand. Your FLIGHT. 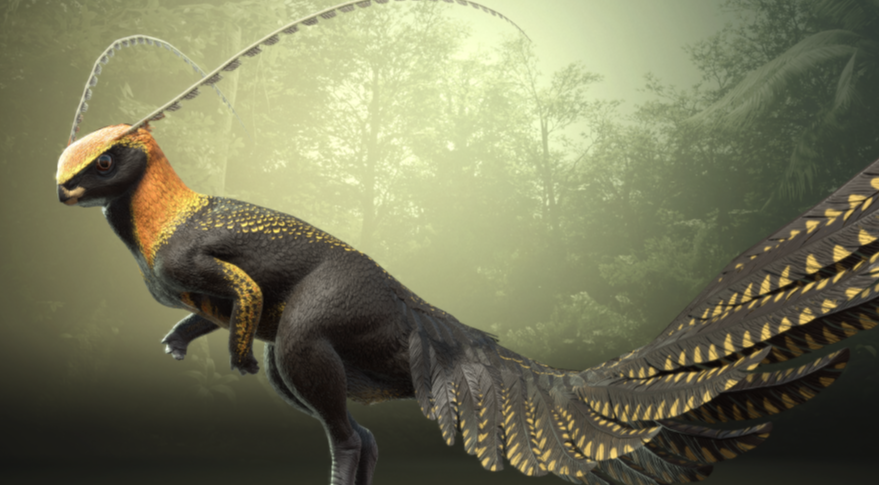 They are a two shot. It shouldn’t be too hard.. Simply swoop in when they’re not expecting it, and spam bite. Dead.

If they react quickly enough, however, they can run fast, spit in your face, stunning you while THEY spam bite. This can get you killed by another dinosaur or even by them if not managed correctly. 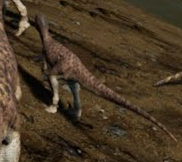 This will be challenging, depending on how you handle it. Thankfully, a Fresh Spawn Utah is usually one or two shot by you. The only real challenge is that they are FAST. The best upperhand you’ve got is when they’re distracted – eating, drinking, sitting, etc. Come up behind them from the sky and spam bite. There is no way they’ll survive.


They can kill you, but it’s unlikely. You’ll get at least one bite on them before they do any serious damage. Just fly down on them when they’re not expecting it– and strike! 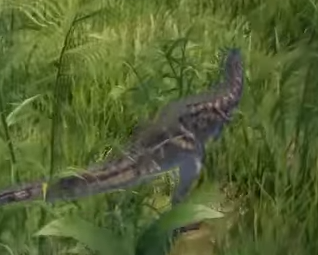 Not easy lemme tell ya. A juvenile carno 3 shot me as an adult ptera. Now, it could’ve been well-grown, who knows. But at the end of the day, you can kill one if done right. Like the Utah, come to it from the sky while it’s distracted and spam bite as much as you can, try to not let it bite you.


If it bites once, it’s fine. Twice? You might want to fly and heal. But the goal here is to not take a hit, once you’ve done as much as you can fly away, wait for it to sit and heal and go right back to it. Repeat until dead.


Scary thing is, its bite force is much more than yours. If it can get in a position where it can spam bite you, you’re screwed. 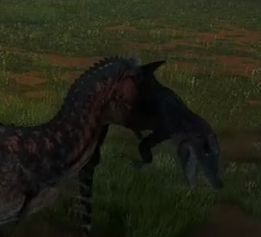 It’s the strongest dinosaur in Evrima. Even the juvenile version has a good bite force compared to that of a ptera. Just beware, if you have friends with you, you all can swoop in on it when it’s distracting and kill it. Never attempt this if it’s in the water. It’s unlikely you’ll kill it, but it is possible. 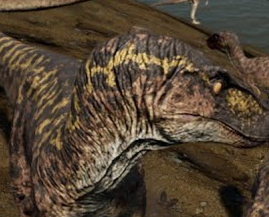 It’s been done before. But you will need friends, and all to be skilled in combat. You’ll basically just swoop on it when it’s distracting, getting as many bites as possible, then flying away.


Know what you’re doing. It can easily kill you. Though I will say, I attacked a Utah once and only got bit once, got away with second to last blood screen, and flew to safety and healed. You can take two bites maximum. You have two strikes, close to one.

We taught you how to handle every species you could EXCEPT… 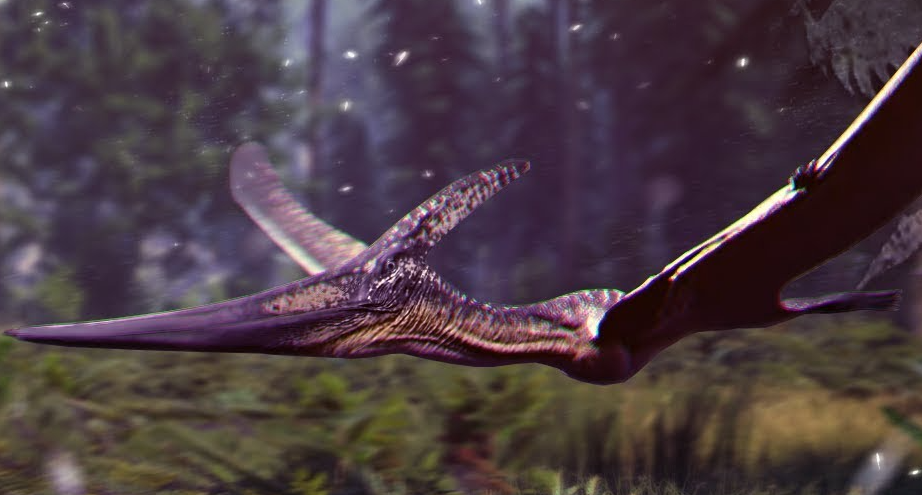 The most deadly thing to you… The thing… That… has the same advantages just as you do.


Why are you reading this? Maybe you want to cannibalize, or, fend off cannibals. Either way, I’m here to provide you some insight on how to fight off your own species. An unlikely situation, but with the latest bugs from the patch.. A welcome help.


Pteranodon strangely doesn’t have the best turn radius. It is for this reason that you basically gotta ride them on their behind. Spam as many bites as you can in the air, speed up, bite. Just get in as many as you can.


Using your alt attack will bite and turn your whole body in that position, this, however, can not be done while in flight. Though, the fight will likely take place in the air, so the best thing is to ride it from behind, spam bite, and keep up with it. If it lands and you see where it lands that’s great for you, just more opportunity to spam bite.

And so… I took this knowledge- and made the best of it. 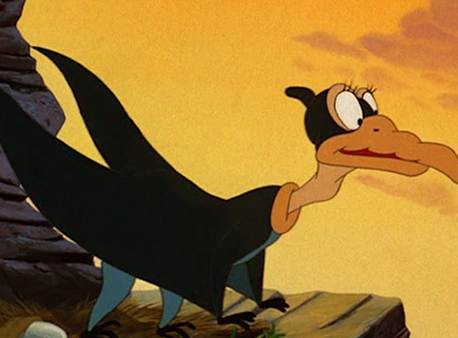 If you like this guide- please leave a 5 star rating or an award! Everything in this guide was learned the hard way…


Next Guide: Rosa’s Guide to the Tenontosaurus

I hope you enjoy the Guide we share about The Isle – Pteranodon Guide and Tips; if you think we forget to add or we should add more information, please let us know via commenting below! See you soon!