I’m writing this guide to save people the time and effort of testing to figure out what the confusing ability text actually means and how it works.


What is Vital Strike? Vital Strike is a standard action that replaces all your attacks. What does this mean? Basically:


Vital Strike hits a target with one BIG hit.


Anytime you would gain an extra attack via BAB, you instead add your weapons damage dice (excluding energy damage dice from magic effects) to the one attack. You will no longer attack the target more than once.

With Mythic Vital Strike, still 1 attack but now all 6d4 + 6 is multiplied on a crit. Still only 1 Sneak Attack proc.

One of the main reasons to invest into applying ‘shaken’ is ‘flat-footed’. By inflicting ‘shaken’ a character with the feat Shatter Defenses will treat all ‘shaken’ foes as flat footed. This

In PF: WotR sneak attacks need a target to be unaware OR flanked by a friendly target in melee OR be flat-footed. 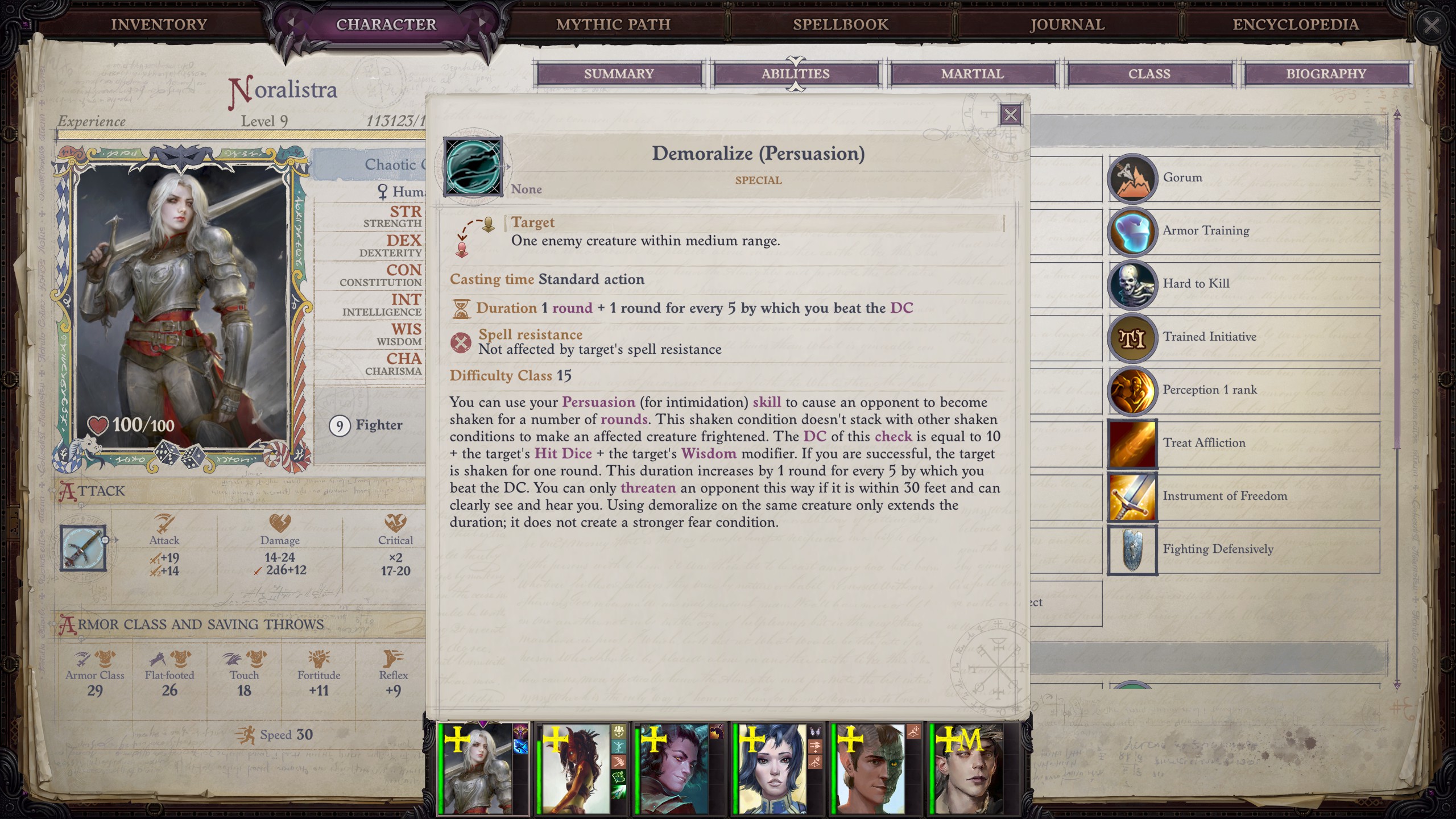 Hope you enjoy the Guide about Pathfinder: Wrath of the Righteous – Useful Combat Mechanic Tips and Details Guide, if you think we should add extra information or forget something, please let us know via comment below, and we will do our best to fix or update as soon as possible!