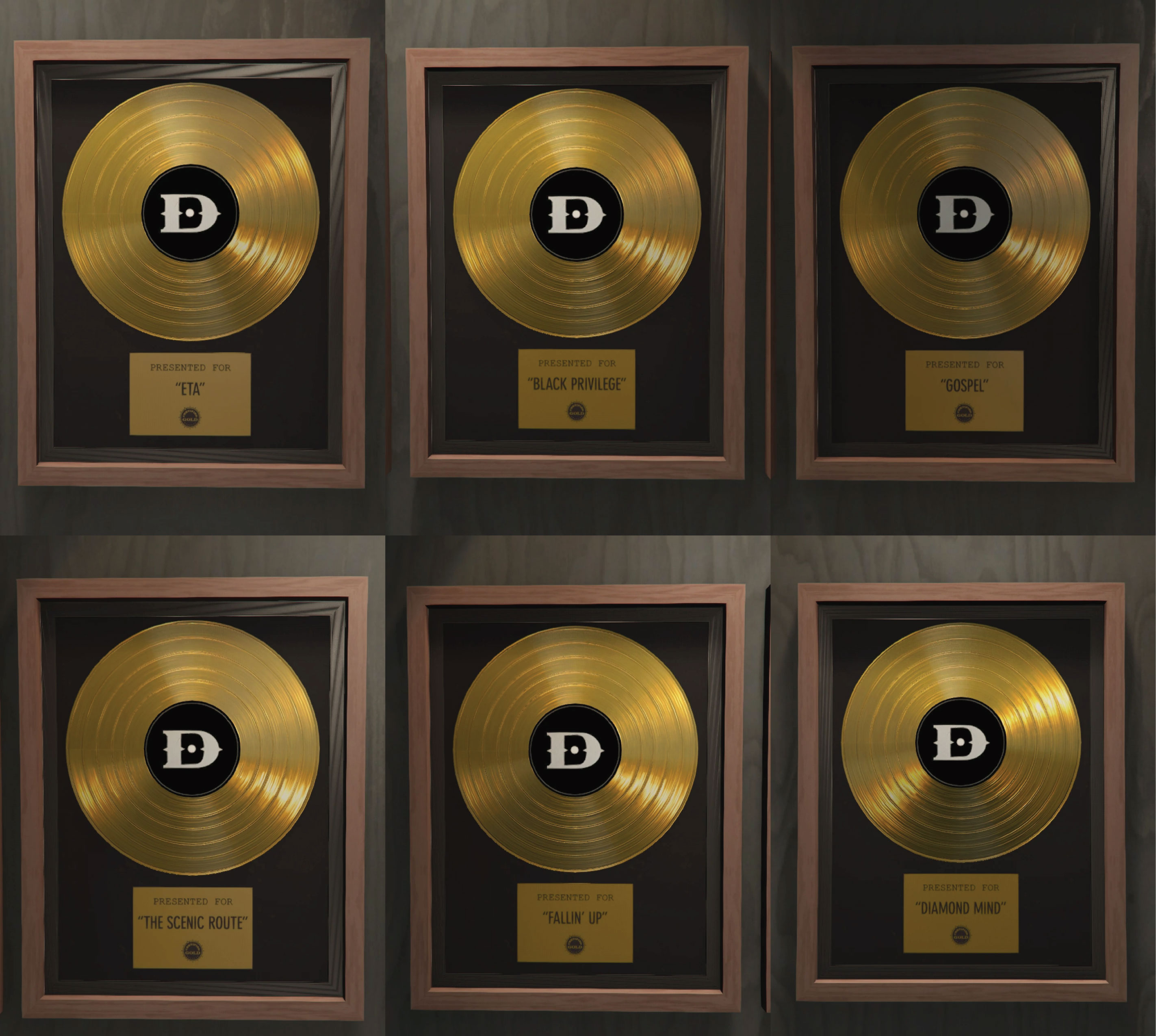 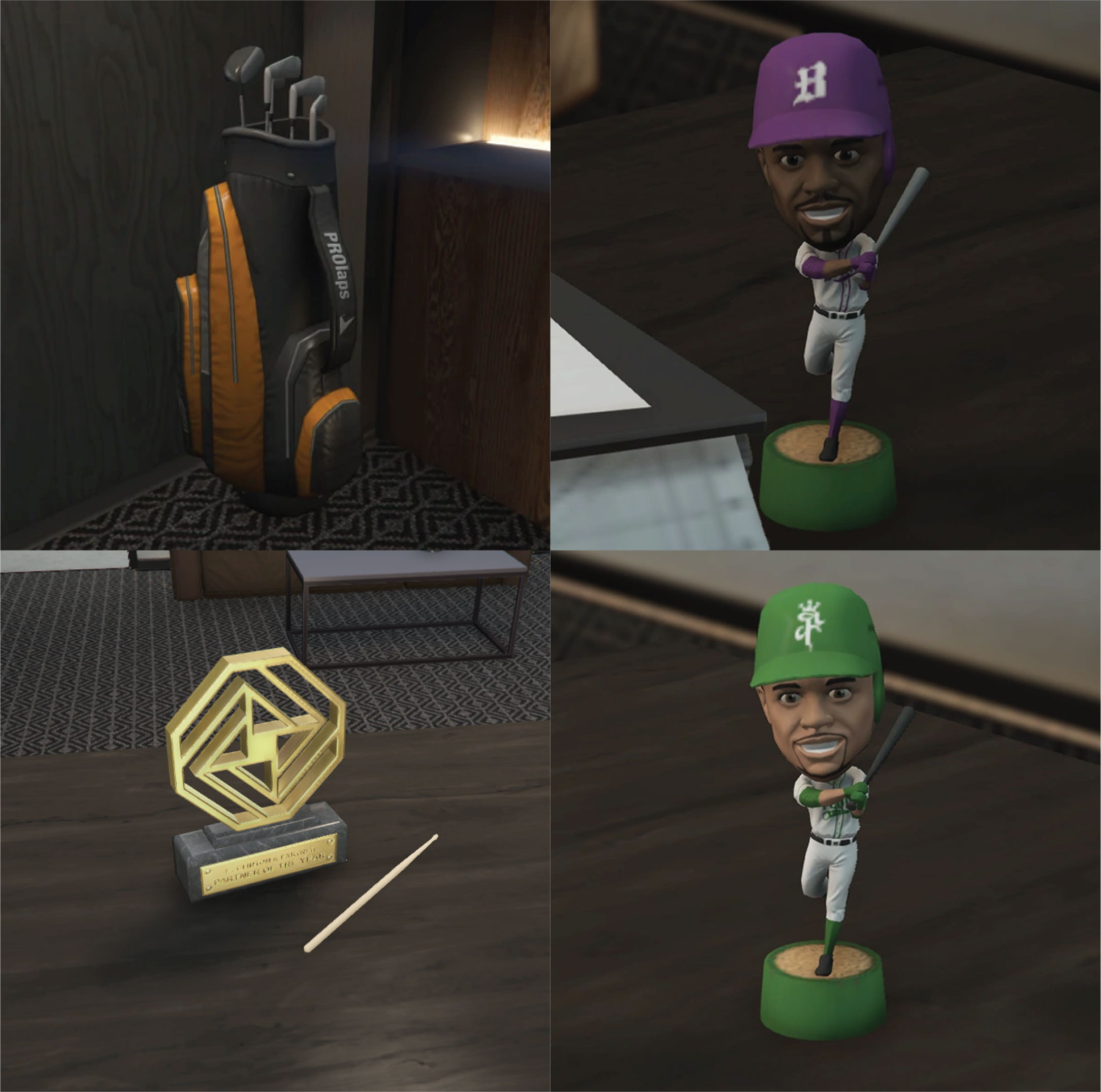 The Judge – Tee and Golf Ball 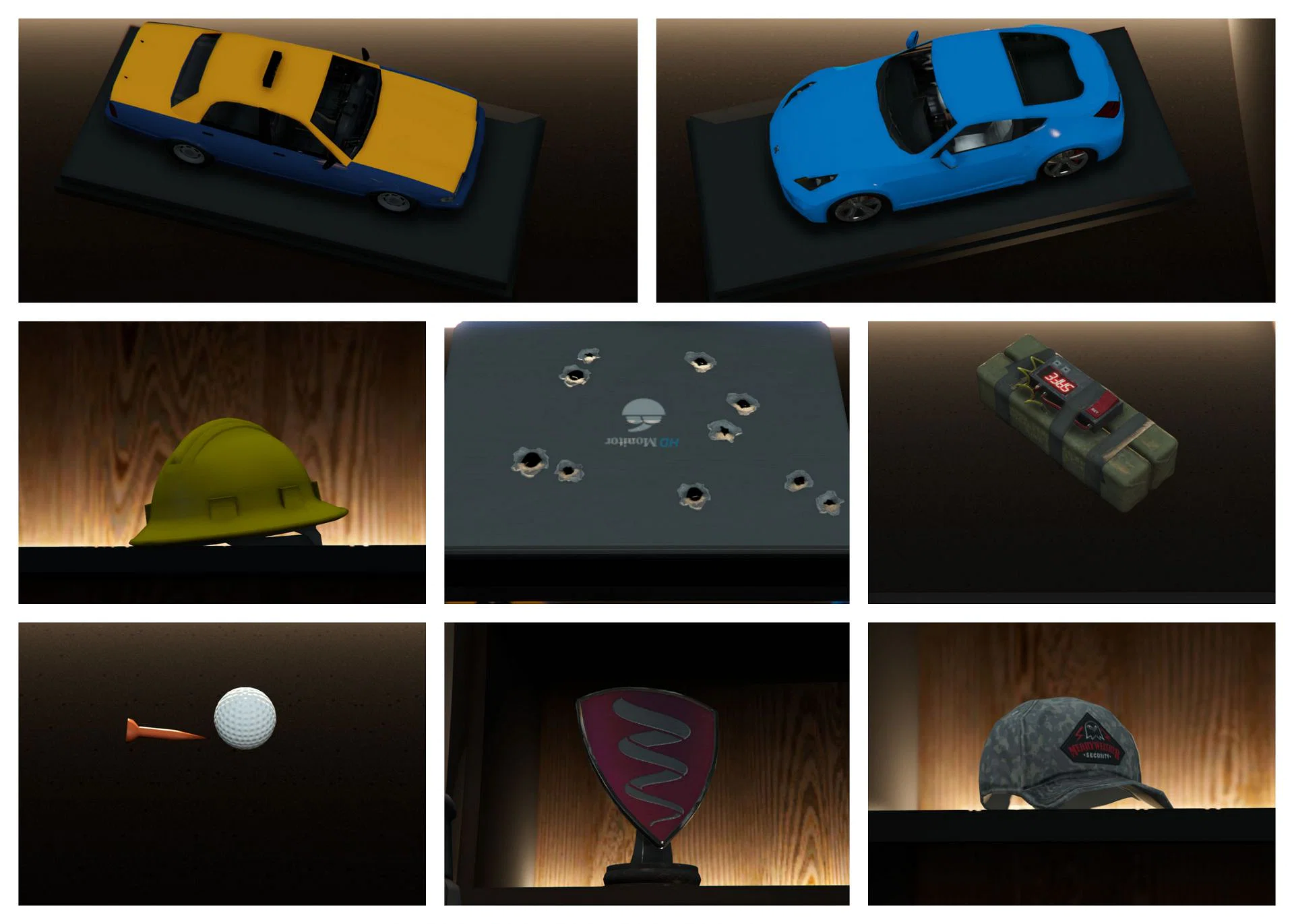 A model for the sign on the exterior LD Organics

A model for the LD Organics Youga 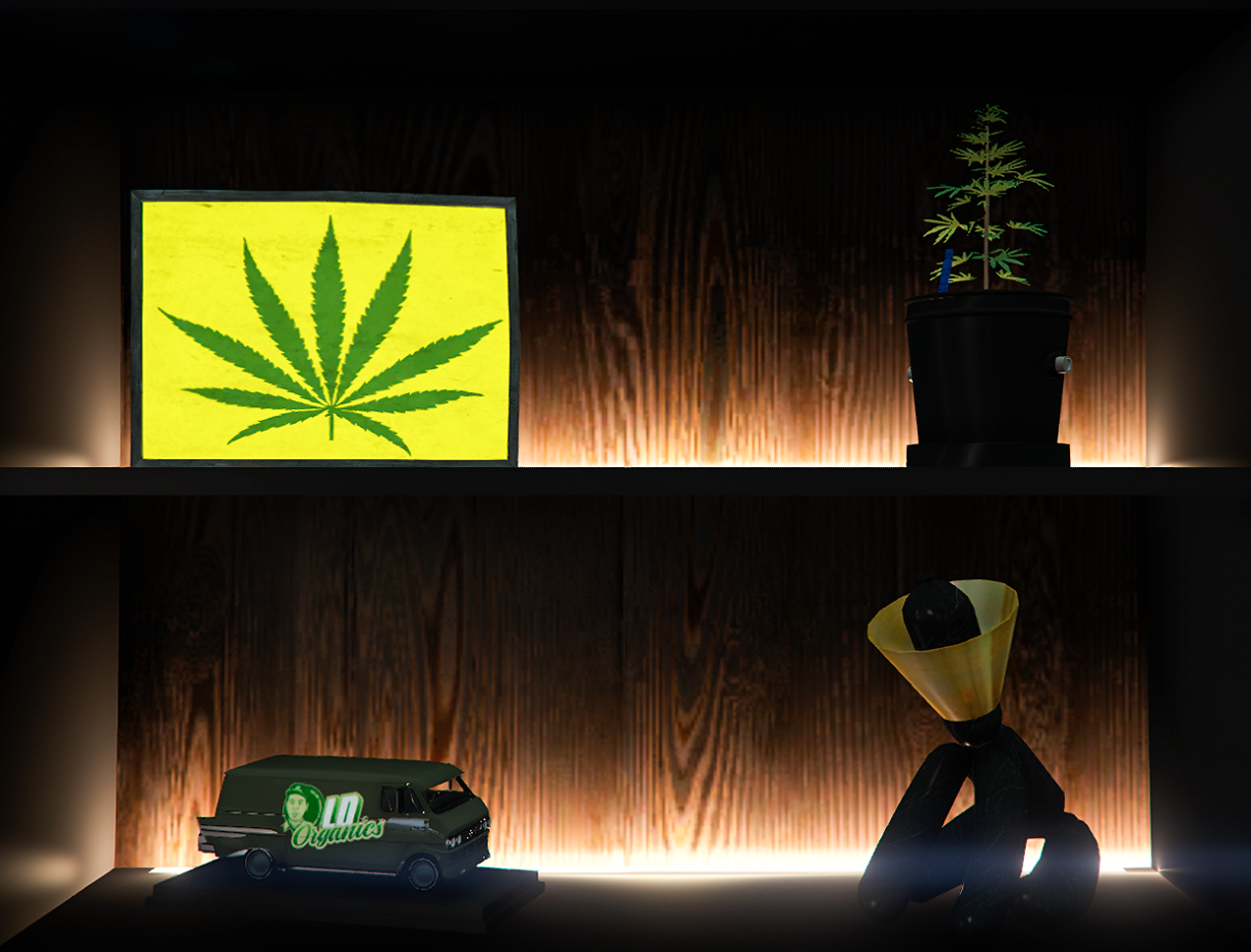 If all missions are completed, Disappear

Evidence photo of the player’s desk

Photo of Richman House on the player’s desk

Wallet for the limo driver at the player’s desk 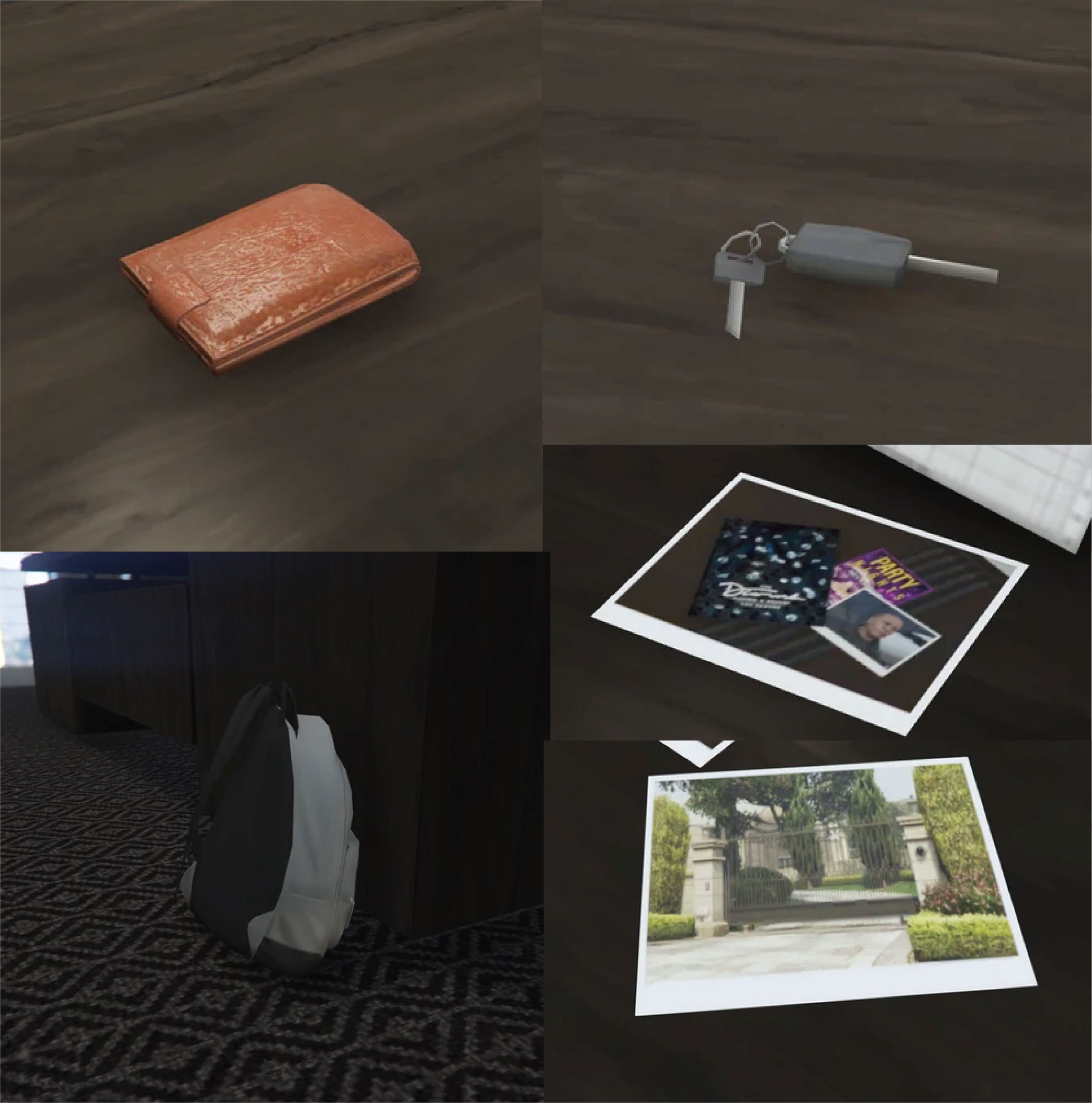 Hope you enjoy the Guide about Grand Theft Auto V – Agency Props and Trophies – Wiki, if you think we should add extra information or forget something, please let us know via comment below, and we will do our best to fix or update as soon as possible!