So there’s that nasty Bandit Checkpoint in the B2 section of Lower Underrail. You just can’t defeat them…. or can you? 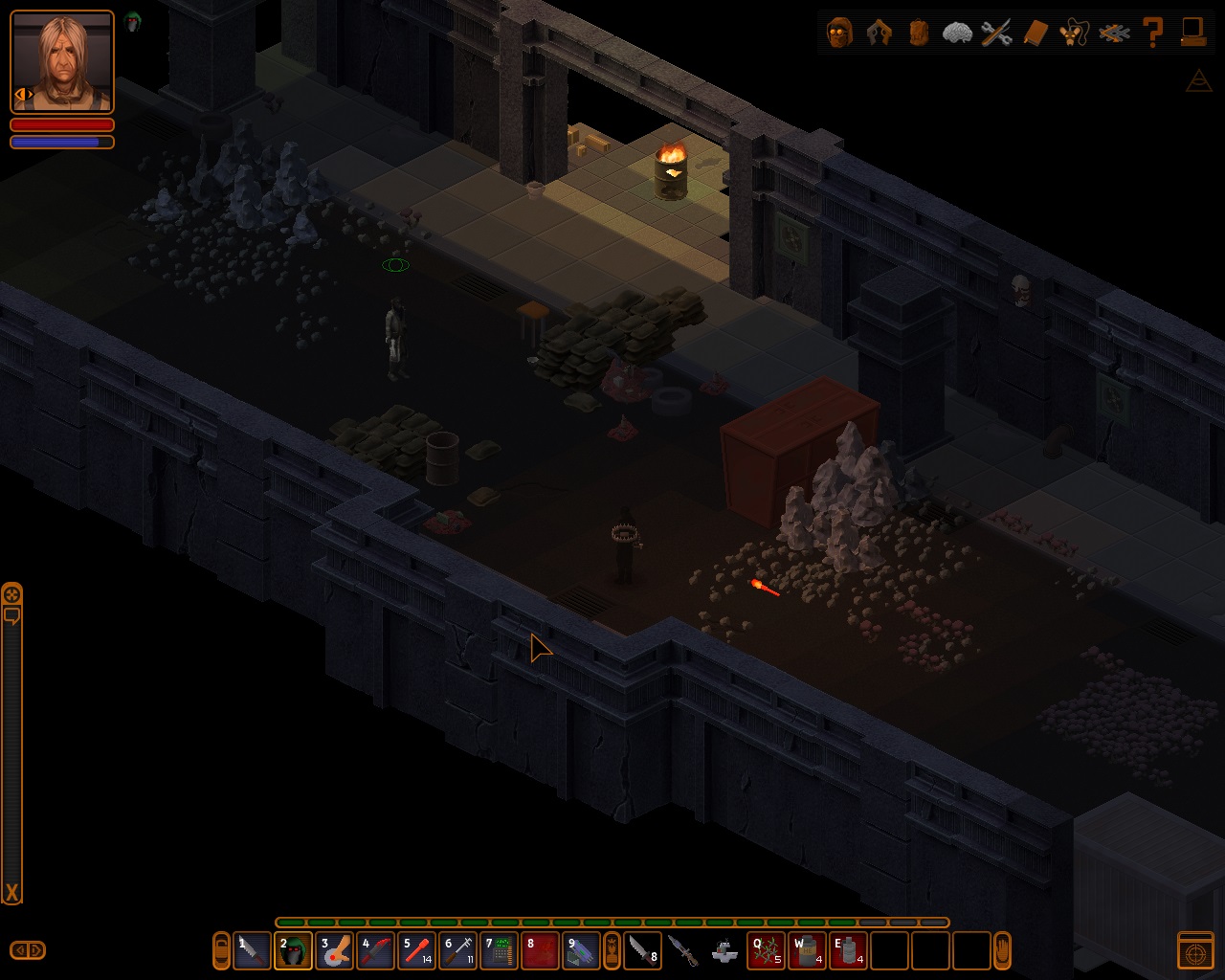 Depending on which way you go to reach Rail Crossing you might stumble upon these guys who won’t let you through. Unless you cough up some charons. Now, you ay no wussie to just pay up and be on your way. If you are – please close this guide and pay the money, case closed.

Allright, all the wussies out of our way, we may proceed I think. If you don’t forfeit your hard-earned charons, you are in for a surprise. Turns out these guys are not bandits for nothing and they’ll kill you. I mean it. They’ll rip you to shreds, tear apart what’s left, and when they are done with you, they won’t even bother to loot you because you are such a lowlvl trash to them

Get the idea? So you better take that other route to Rail Crossing through the Lurkers tunnels no u don’t we just have to fight our way through no matter the odds. 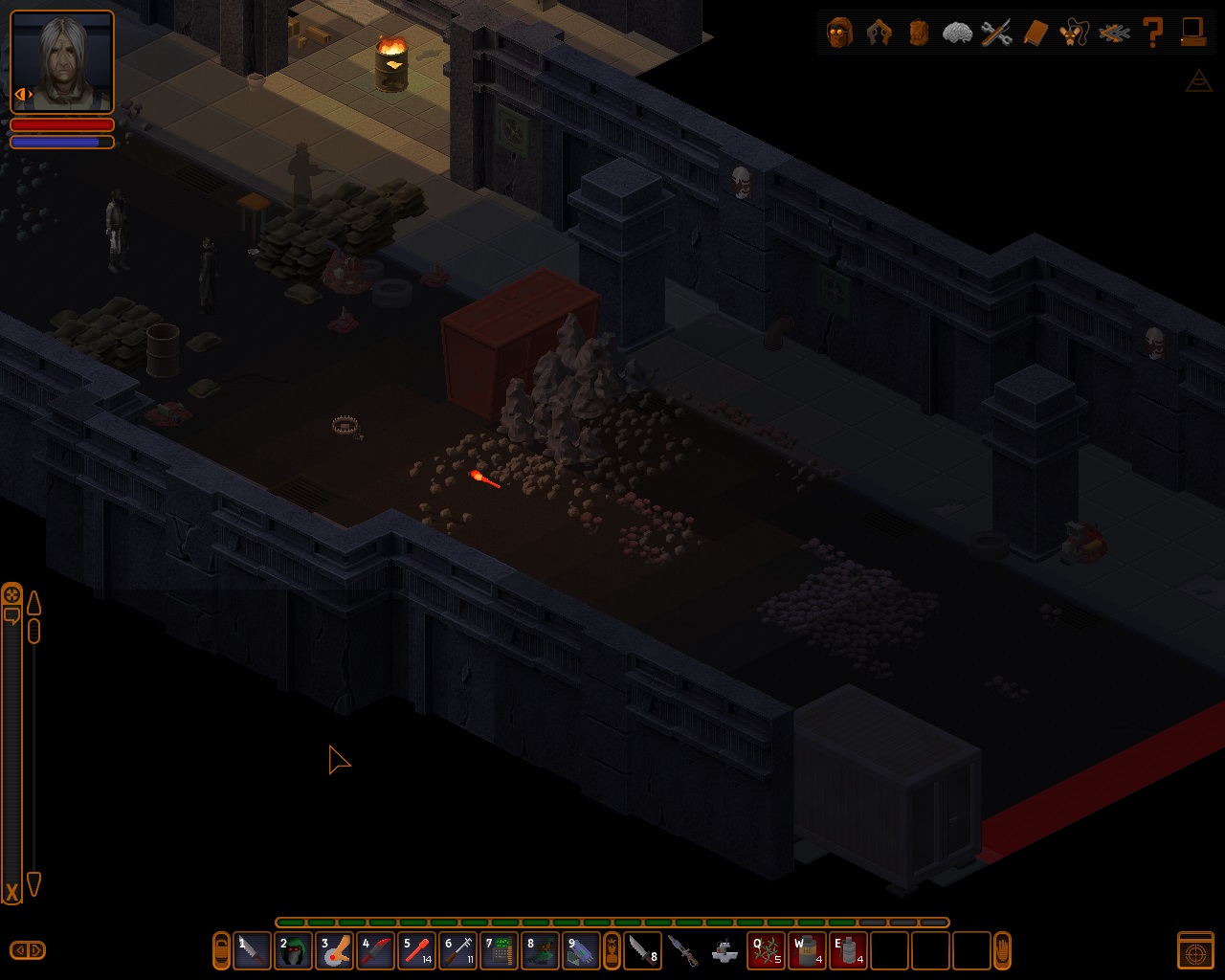 This map is pretty straightforward, with no place to hide. A wide-open tunnel which favors ranged builds. 3 of 4 bandits have the right builds for the occasion. The only saving grace is that orange container, we’ll have to play around it with melee builds.

Sneaking is not an option as well.

There’s the Captain, the Sniper, the Crossbow Guy and the Knife Thug:

Let’s talk our build. I’ve made a sh!tty stealth/dodge/knife build (for this guide’s purposes only, of course): 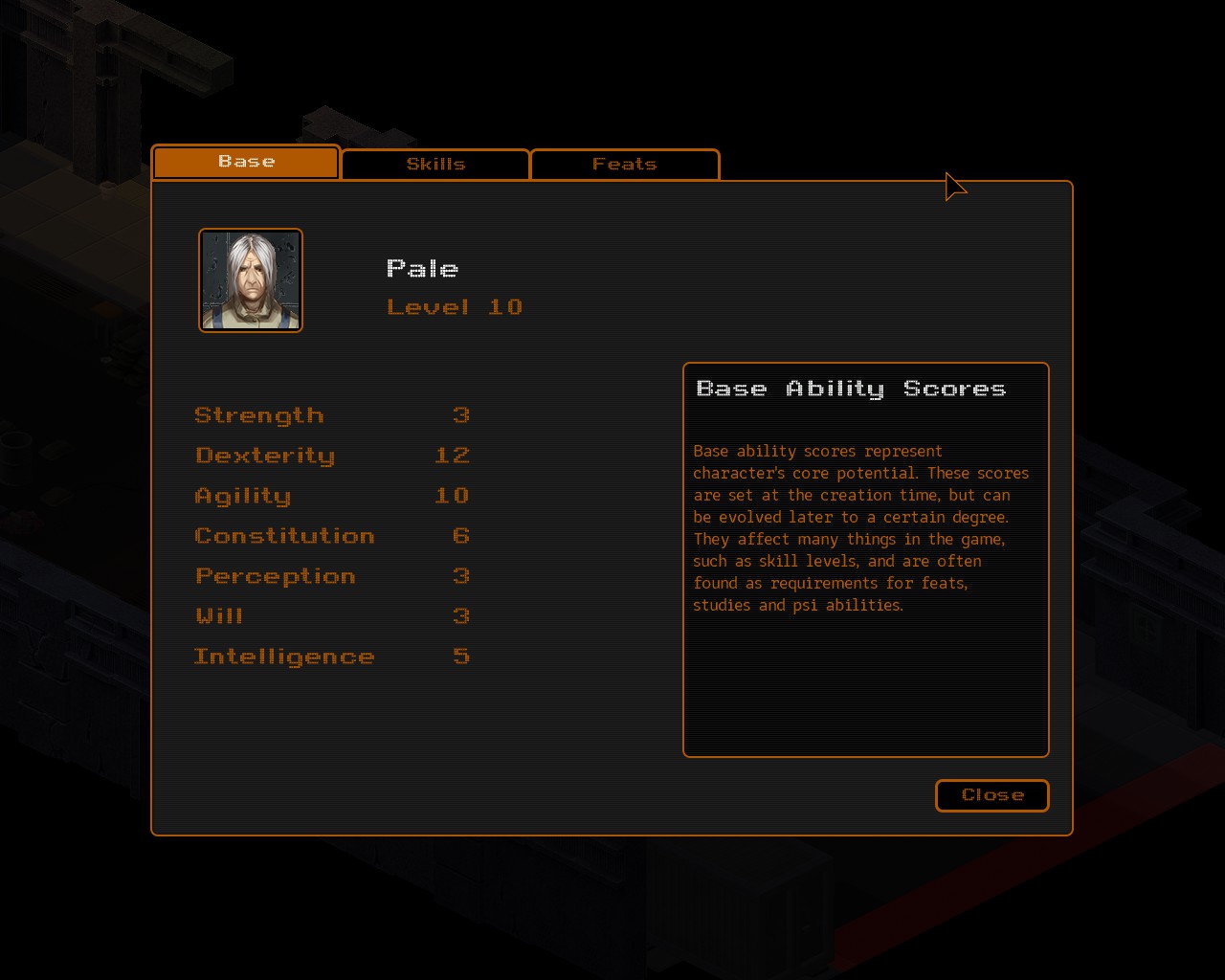 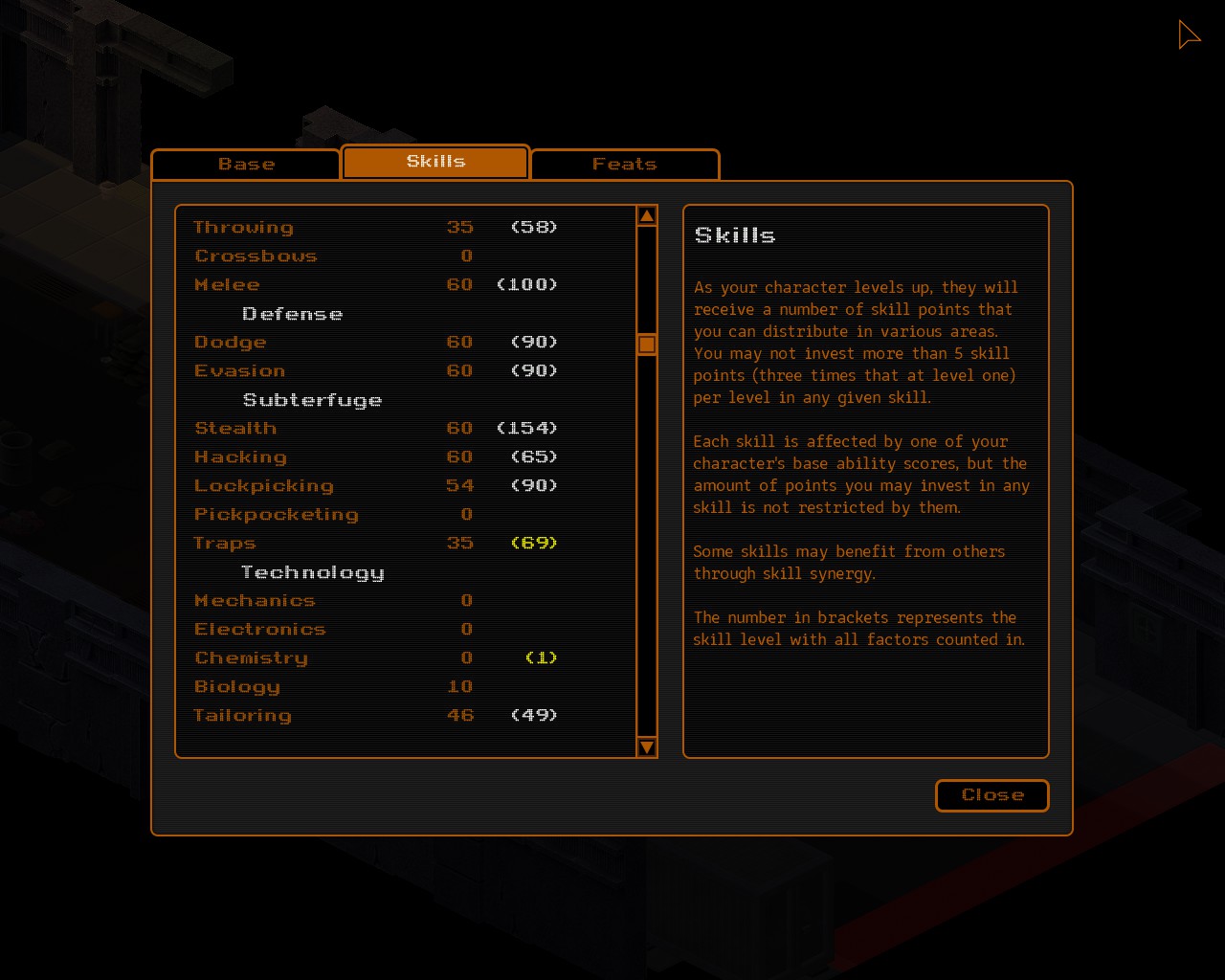 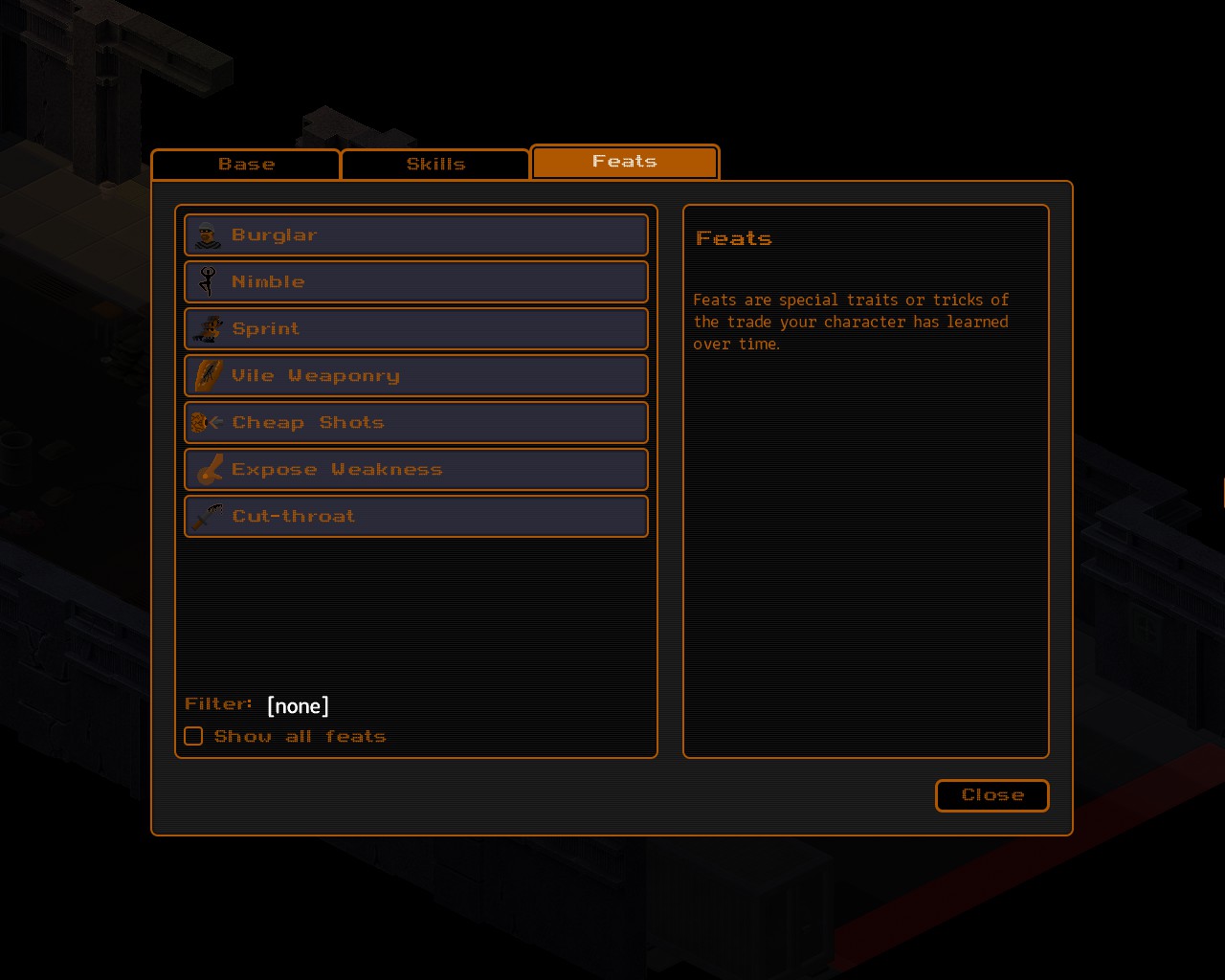 I’m running Nimble so the armor is Tabi boots/Leather/Balaclava. A shock knife is very good for damaging and de-stealthing hidden foes

You’ll need 3 bags of Burrower Posion Caltrops, 3 grenades and a bear trap. EMP is optional but it’s always good to have one.

Ok so you need to throw them caltrops like this: 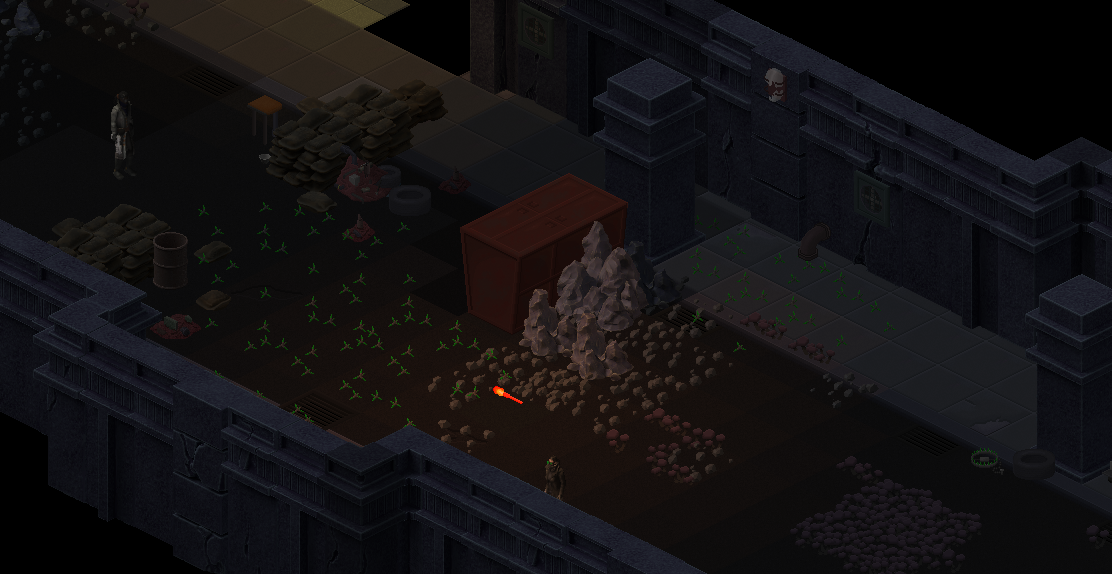 Notice that bear trap to the right. You can use a regular one, it doesn’t matter. Put it right there

Going for the kill

You might think this stupid but fret not, it’s all part of the plan. You need to take a grenade and throw it in that empty space above: 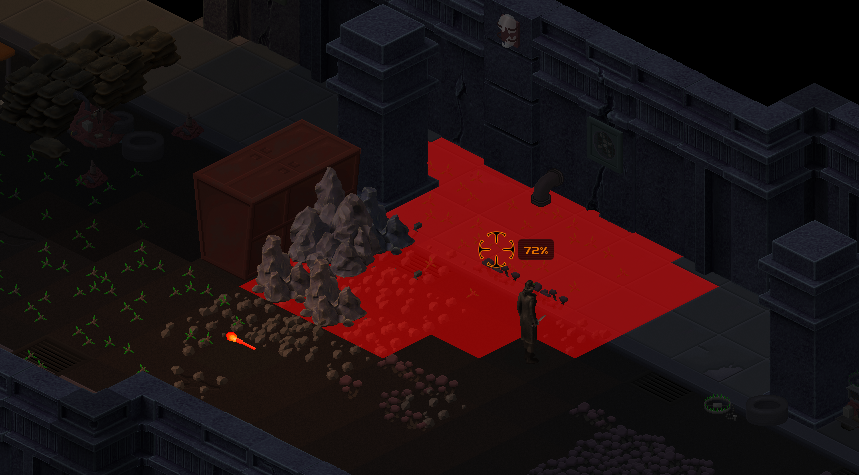 No, there’s nobody there, but what you are about to do will launch a series of events most unfortunate to the bandit crew. Fire in the hole: 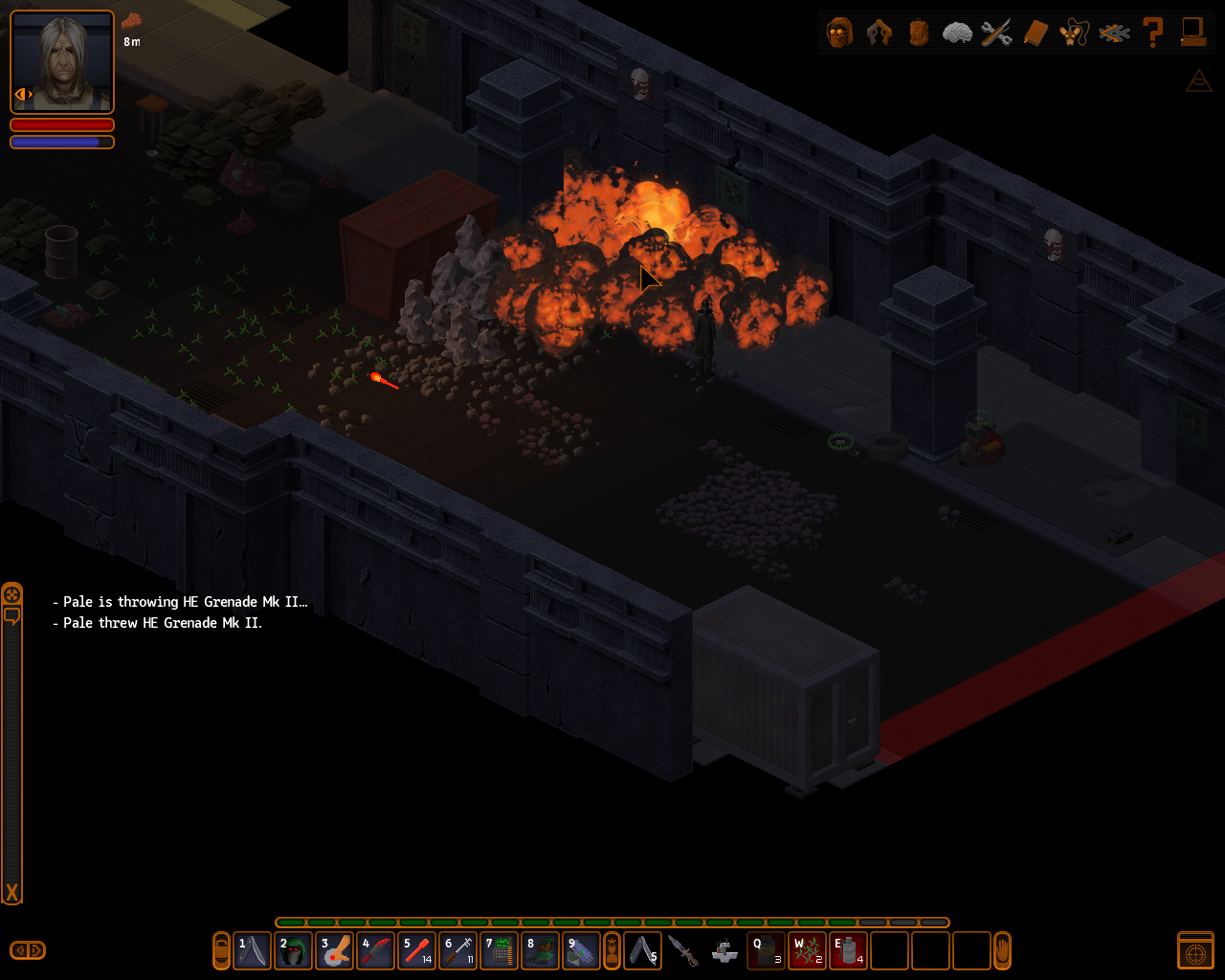 Things begin happening so you better lower the game speed right now to keep up.

Oh wow look at him go: 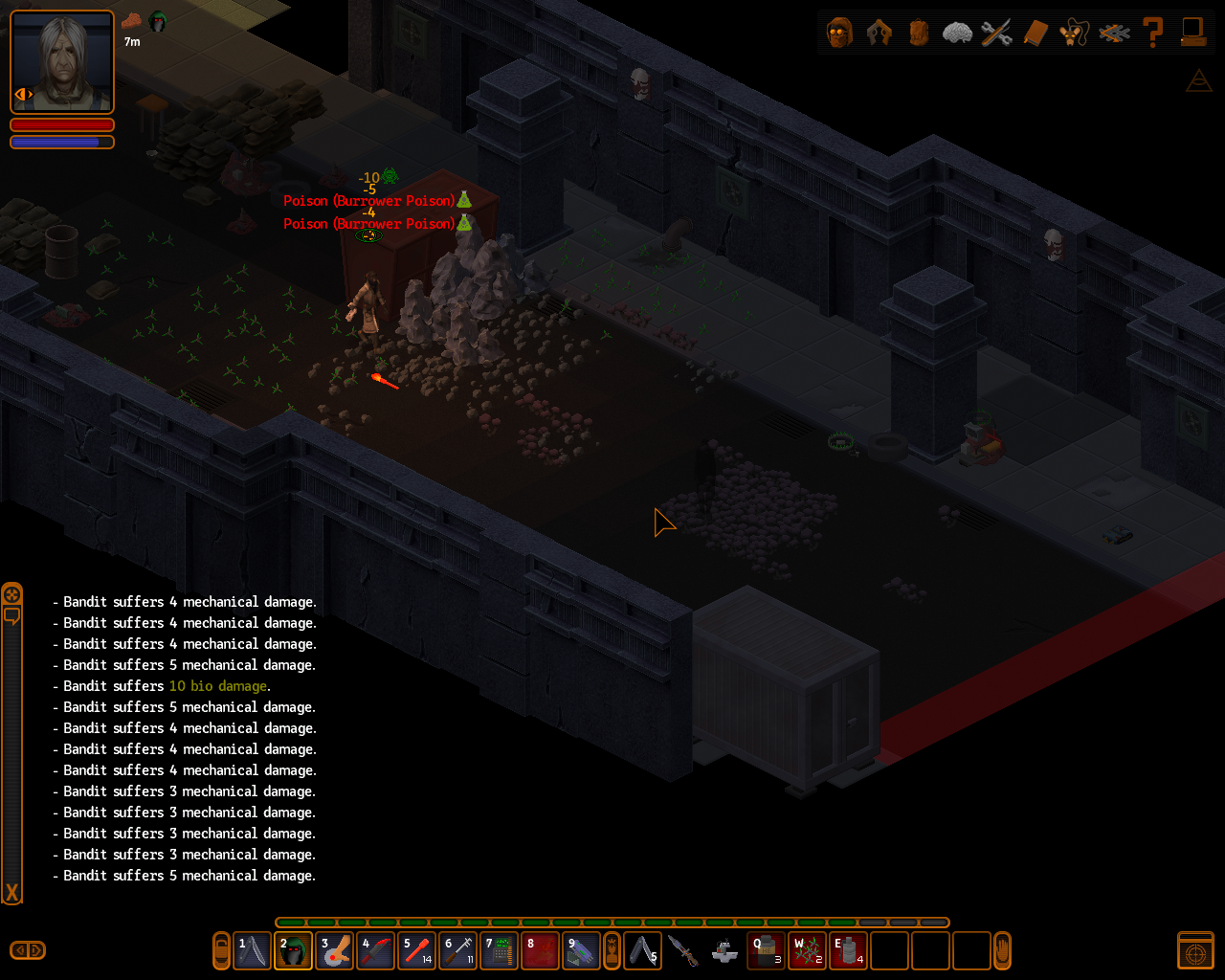 All packing heat and ready to investigate the strange noises. Now you might think it’s the right time to jump him but you better don’t, not just yet at least. If you try you’ll have to fight the whole gang, there are 3 stealthed guys watching his back. 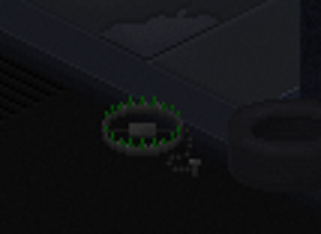 comes to play. Don’t fool yourself, nobody’s gonna get trapped, they have too high Trap Detection for that. Instead this is what’s gonna happen: 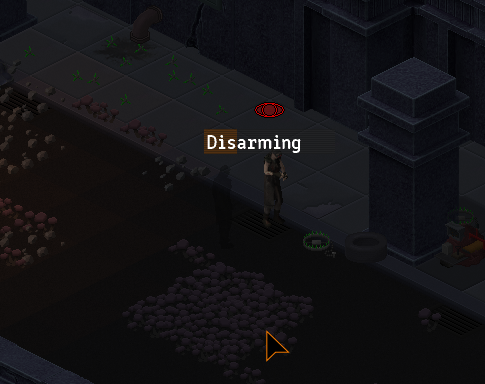 Yep, he just went astray from his crew to disarm some dangerous enviroment, for safety reasons. Wait a bit and put him out of his misery. If you are lucky, no one will notice. That’s one down, three to go.

Repeat the grenade noise trap 1 or 2 times. The bandits will try to heal once in a while but to no avail. When they are weak enough, lure them in one more time, finish whe Sniper or Captain in one turn (or both). Then deal with the Knife Thug

Hope this helps you deal with this whole bandit situation! You actualy can sneak past them but that’ll require ~175 stealth rating, kinda hard to achieve at this stage of progression. Perhaps, combined with the grenade sound trap…

Comment please if you know a dirtier way to deal with them, I’m a bit new to the game, and I welcome any advice.

Hope you enjoy the Guide about Underrail – Bandit Checkpoint Information Guide, if you think we should add extra information or forget something, please let us know via comment below, and we will do our best to fix or update as soon as possible!