A build inspired by Ninja games including Strider Hiryu, The Messenger, Ninja Gaiden. Emphasis on crafting for the right set of blades and explosives for different enemy types.

Starting stat Strength 3/ Dex 10/ Agi 10/ Con 3/ Per 3/ Will 5/ Int 6 ] The character is weak in the beginning against armored enemies, before being able to craft electric combat knives and learn expose weakness. Need to buy up all the low quality steel plates for bear trap spamming. Sneak past most robots and psi beetles. Bear trap spams for unavoidable groups. With not yet boosted critical rates, taser with opportunistic strikes to take out isolated enemies.


Always put points in melee and throwing, enough chemistry to craft MK2 grenades, slowly increase TM to have enough points for contraction after the drill parts. 40 Dodge just for Fancy footwork for zipping and slashing groups of enemies later.


Early game can be pretty tedious with the need for trap spamming hoping for enemy clustering and reloads otherwise. Once crafting points and feats built up it will be much easier and far less dependent on traps.

As the character build up feats to increase weapon critical rate and damage, crafting electrified knives/ daggers, and learn Temporal contraction, most battles will become smoother and transform from trapper to cloak and dagger. Finish Foundry quests as priority in order to have access to high quality metal plates and supersteel fibers. Good quality and crit rate boosted electric knife and dagger and Infused Rathound armor are essential for this build.

To finish foundry quests I resorted to bear trap spamming and gas grenades, as the chrome bladelings are immune to criticals. That being the last time trap spamming was used in the playthrough. Other than critical immune monsters, critical hits is essential for survival in all combats. Increase biology to sufficient levels for adrenaline shots and focus stims.

Late game combats are pretty straightforward, By this time should already have stasis as well, and electric dagger for organic enemies, energy edge combat knife for robots. For groups of enemies, start with contraction and throw explosive into cluster, grenade type depending on enemy type. Afterwards just sprint in and finish with knife. Stasis to draw enemies into cluster while extending blindsiding for another turn. 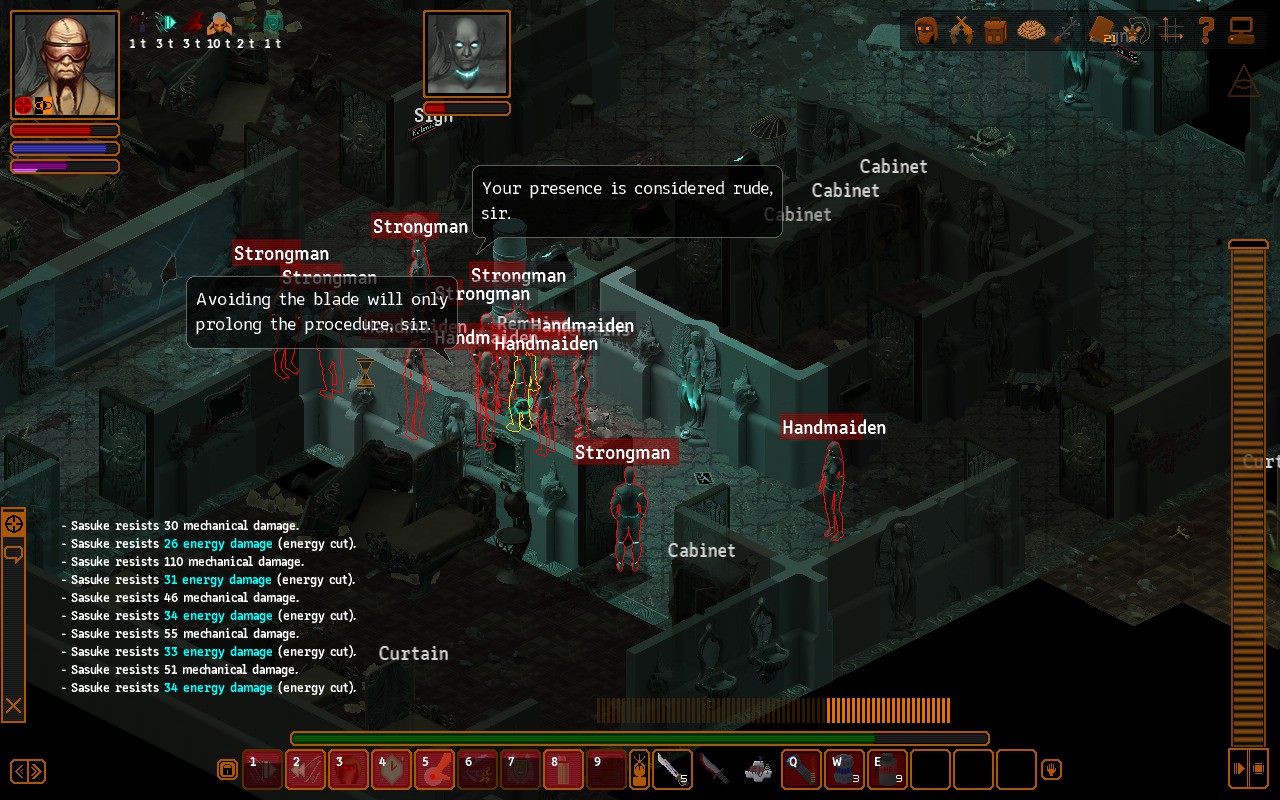 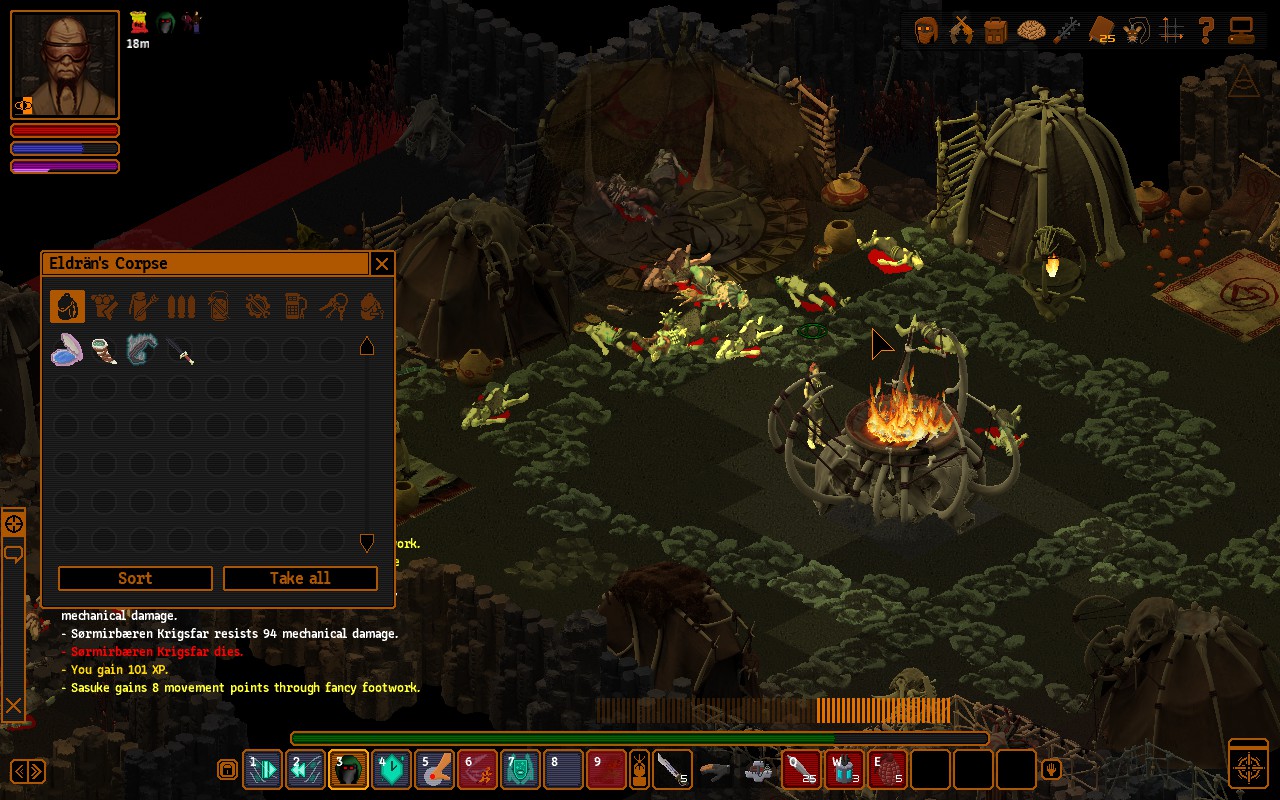 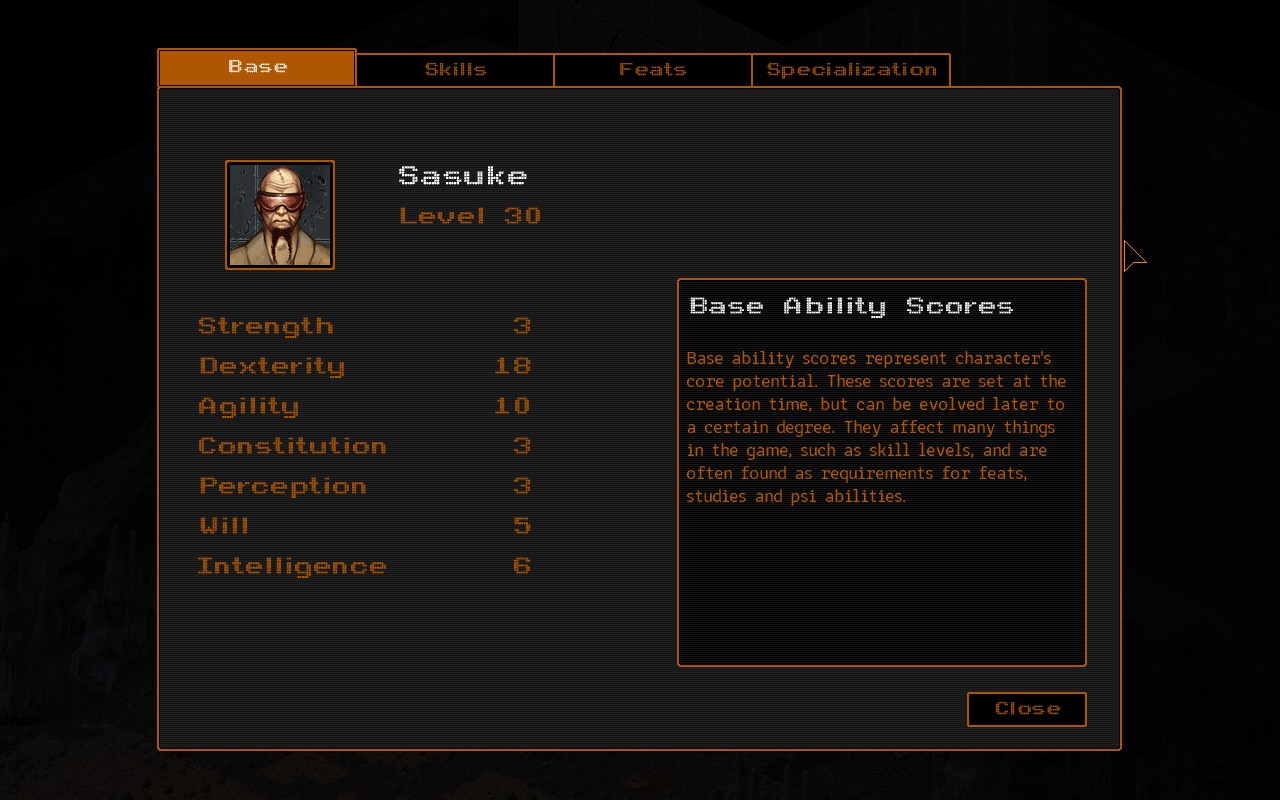 This is the end game stats for this character. High agility also allows access to those agility check jumps.

Early game not much choice other than the best combat knife purchased or picked up, since priority goes to TM and Hacking, Traps besides combat skills. Used Siphoner leather with black cloth before access to supersteel. Kukri being the best weapon due to 20% base critical before Weaponsmith and enough points to use higher quality plates.


Infused rathound leather will make a huge difference besides focus stims, since you depend on high number of hits and 1-2 criticals with tungsten steel usually make a kill. Cloth tabi boots depending on quality of cloth encountered. With critical rate stacking and crit damage modifiers, usually can open with grenade, zip through enemies and kill while gaining movement points and dash to the next.


Electronics essential for electric and energy parts, energy knives for robots and electrospiders which are charged by electricity. Best quality conservative energy shields in case combat does not end in 2 turns, but for this glass cannon at best it extend another round or 2. 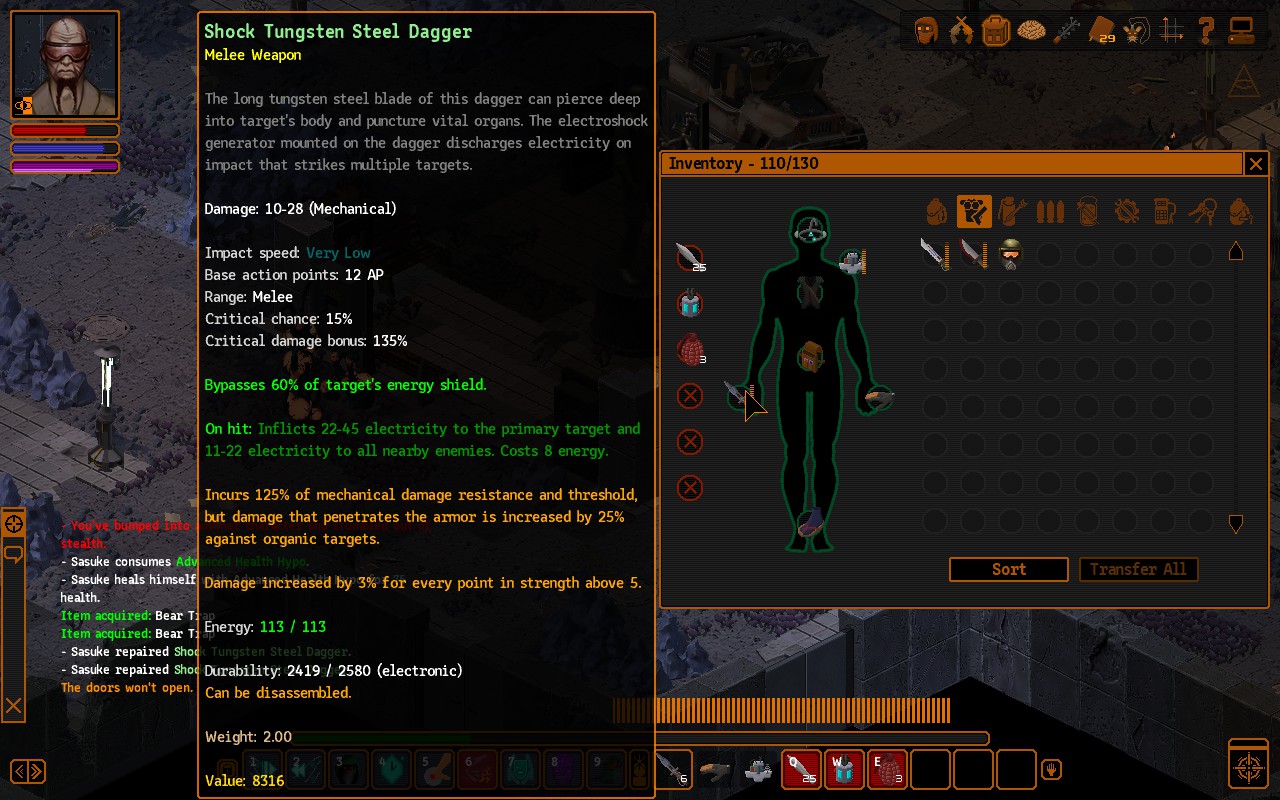 This is all about Underrail – Best Build for Ninja – Crafting & Game Modes Guide; I hope you enjoy reading the Guide! If you feel like we should add more information or we forget/mistake, please let us know via commenting below, and thanks! See you soon!