A to-the-point guide to unlock Boris Ursus and Be’lakor. The guide will be updated if/when other unlockable lords are added in the future.

As a Kislevite faction, you will need to control simultaneously the 3 settlements of Kislev, Praag and Erengrad for 10 continuous turns.


This will trigger a quest battle set a short distance north of Praag (you will be able to teleport your faction leader to the location). Winning this battle will unlock the achievement The Battle for Bokha and offer you two options:

1] Have him join your faction as an extra Legendary Lord.

2] Create a new military allied faction led by Boris Ursus: the Ursun Revivalists. You will need to give them either Kislev, Praag or Erengrad as their starting region. You can confederate them later.


Winning the quest battle will also unlock him permanently as a Kislev Legendary Lord in the following modes:

His skill tree includes a unique bear mount, Urskin, and a unique skill, Resettler, which grants two factionwide bonuses: +10 growth and a reduction of ruin colonisation cost to zero. 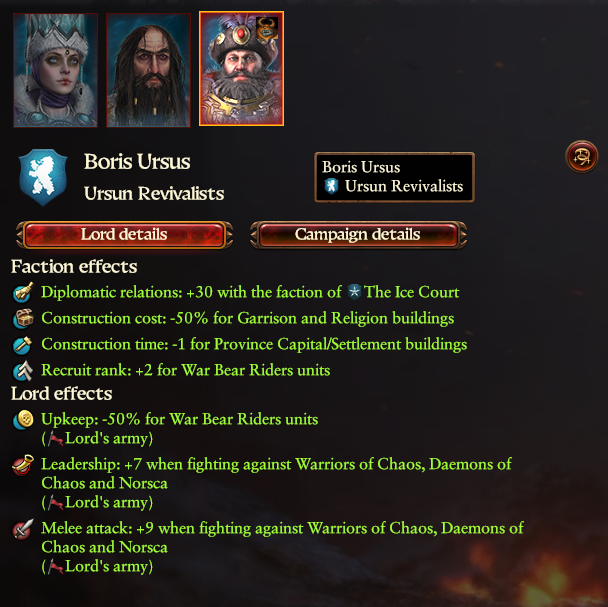 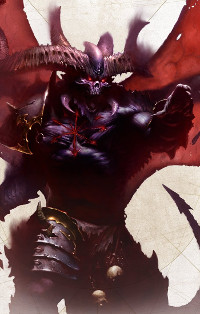 Be’lakor can be unlocked by playing with any faction and completing the final quest battle of the grand campaign: the Forge of Souls.


He then will join your faction as a level 20 Legendary Lord, even if you’re not playing as Daemons of Chaos.


Winning the quest battle will also unlock him permanently as a Daemons of Chaos Legendary Lord in the following modes:

However he won’t be available to play as a starting faction leader in the Realm of Chaos campaign.

I hope you enjoy the Guide we share about Total War: WARHAMMER III – How to Unlock Boris Ursus and Be’lakor; if you think we forget to add or we should add more information, please let us know via commenting below! See you soon!