A couple spoiler-free tips on gettings started the right way, and some things I wish I knew when I started my first run! These tips are all my opinions and by no means do you need to actually follow them.

As a long time fan of the Borderlands series, it’s always fun playing around with builds and stats because unlike some other games, you can always respec your stats & skills if you feel like you made a mistake. Even with that said, it’s not possible to know exactly what’s efficient and what synergizes well from the get go.


This guide doesn’t cover the best class skills, guns, and gear to use on each individual class due to the fact that as a new character, you don’t get access to the best gear the game has to offer until later on and you apply skill points one level at a time. Instead, this is meant to be a guide to make your new characters have smoother runs.


As a player who is always looking to optimize my character from the second my game finishes downloading, a lot of the things in this guide will mostly be things I spent a few hours researching prior to playing the game so I didn’t have to waste too much time later backpeddling and looking through too many guides.

After you finish customizing your character’s appearance, you’ll be presented with the class selection, some backgrounds with different stat bonuses, and then some stat points to play around with.


In my opinion, the best card to pick is the Village Idiot. It’s all just preference really but if you don’t mind having a slower cooldown on spells when you start the game (can be fixed by assigning stats as you level), you’ll be rewarded with a huge +8 boost to critical damage. 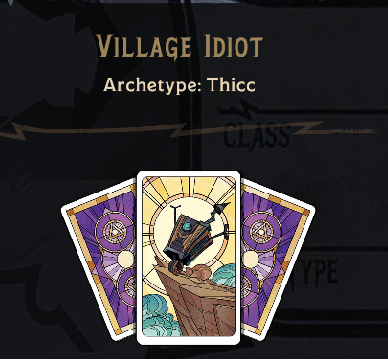 
You’ll also be able to assign some stats before you start your campaign! Once again it’s all preference but I suggest you focus on maxing out your strength and intelligence before playing around with the other stats. 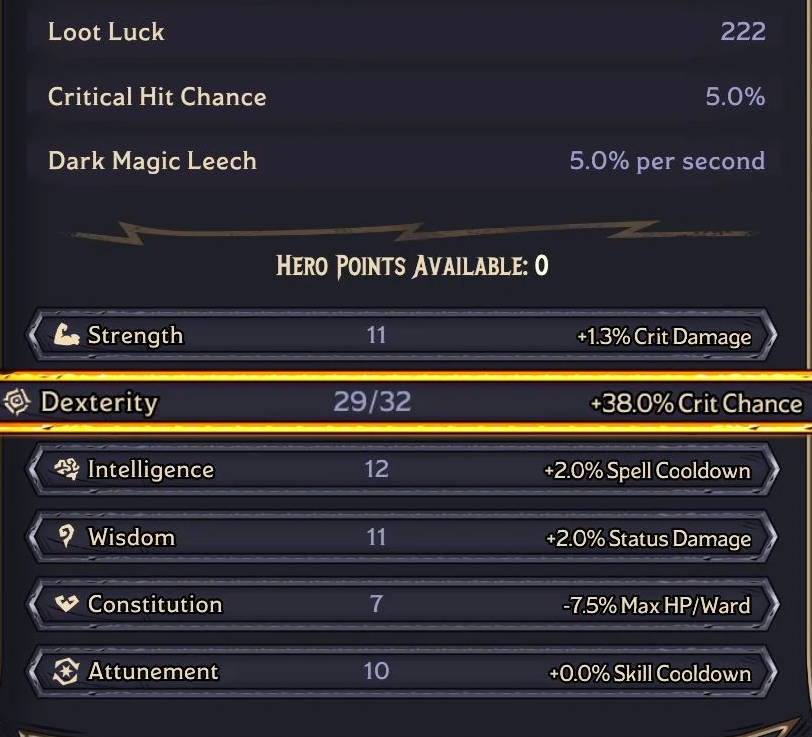 
The hardest choice of any Borderlands game. If you’re unfamiliar with Borderlands games, in the old games each class had 3 skill trees to them that added 3 alternate ways to play a certain class. Without spoiling too much, this game foregoes that mechanic… However, if you’re unable to pick between 2 character classes you think are equally as cool and you don’t mind a tiny spoiler then click the spoiler tag here: A few hours into the campaign you can pick a second class as a subclass and use the skills and abilities from that class!

As you explore the overworld, you’ll run into structures that look like this: 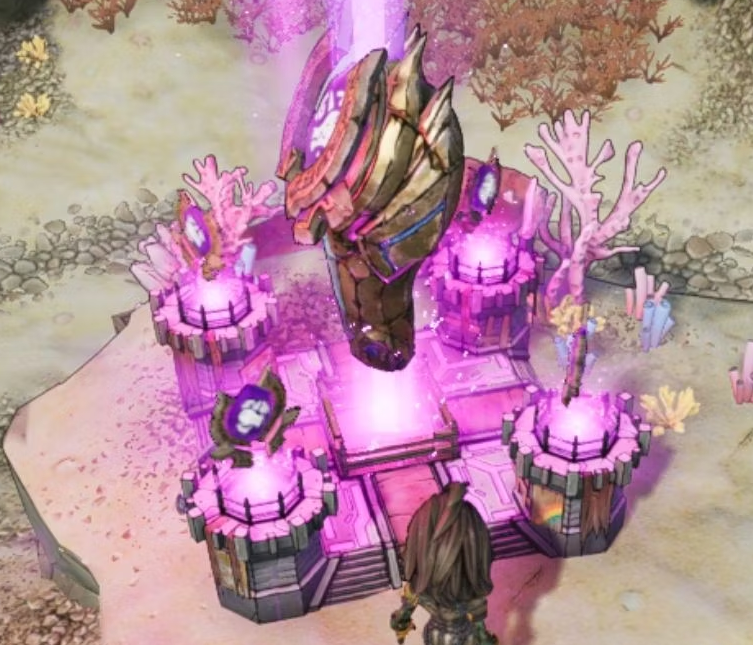 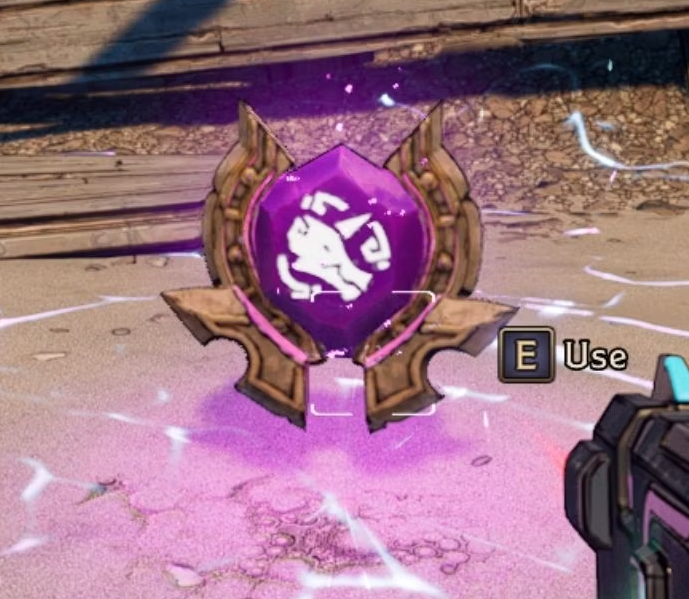 These structures are called shrines!

You can activate shrines by collecting shrine pieces (picture #2) found across dungeons in the overworld.


Activating shrines provide very useful stat bonuses to your character. A lot of these are even more impactful the sooner you activate them so might as well collect the shrine pieces whenever you run into them! 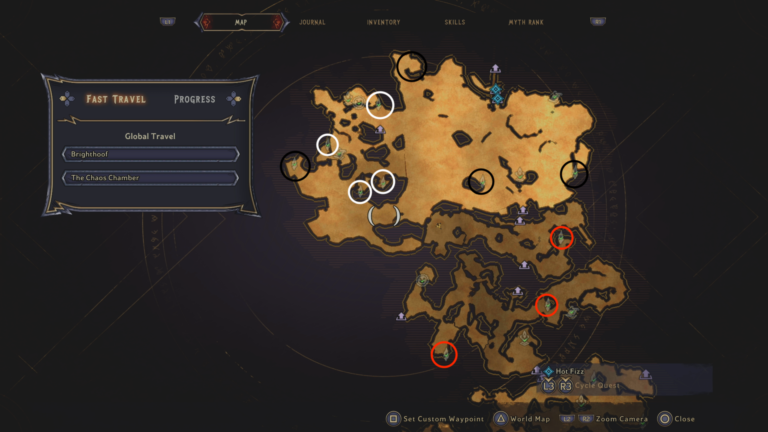 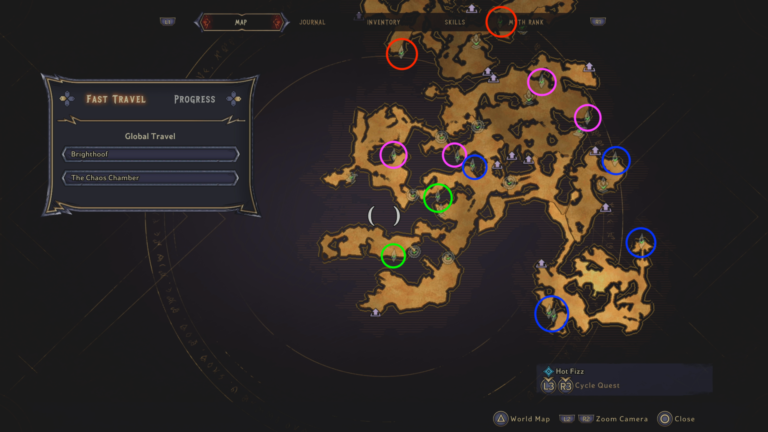 Tips on Gearing Up and Fighting Bosses

If you find yourself dying quite often or not dealing enough damage, here’s a few tips that could maybe prove useful and help you progress a bit quicker.

This is especially true before you hit the level cap. People love holding onto their legendaries due to the rarity factor. There are a lot of weapons in this game that deal a lot more damage than legendary weapons and are easier to obtain. If you are level 16 and you are still using a level 8 legendary weapon it’s time to switch to a higher stat weapon and leave the legendary in the vault (storage located in the game’s “HQ”). This brings me to my next “tip”…

As always, this is just my opinion, but this weapon archetype carried me throughout the campaign and made all other weapons I used feel honestly lackluster and almost useless compared to it. 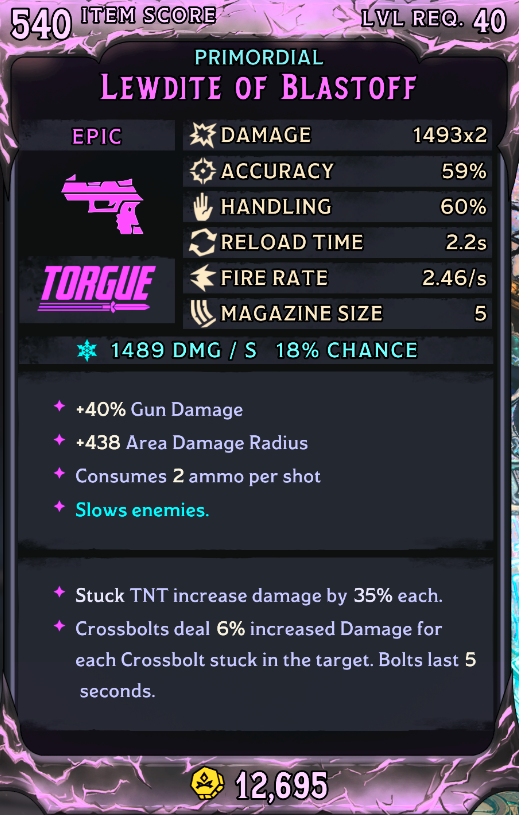 If you can find a Torgue weapon with the bonus “stuck TNT increases damage by X% each” then you’ll be clearing mobs and shredding bosses like cheese.

This weapon has 2 modes, impact and sticky. Impact is used for clearing trash enemies as it deals AoE damage and sticky is used to melt bosses like butter due to its bonus stuck TNT damage effect.


As an added bonus, if you can find an ice variant (as shown), you will be slowing down and freezing all enemies which will make clearing areas higher level than you a walk in the park. A healing variant is good too if you feel your shield and HP are too squishy.


The icing on the cake is finding a x2 damage modifier (as shown) rather than a flat damage variant. You’ll be slinging 2 TNTs at a time and with 5 bullets in the magazine you’ll actually be firing 6 bullets per clip due to the damage modifier.

Now, if you really want to get your hands on certain blue or purple weapons like the one shown below yet they’re just not dropping, you can actually farm them if you’re willing to kill time with RNG. Just fast travel to a zone with vending machines, check the vending machines for the items you want, if they’re not there quit to main menu then load back in for a refreshed vending machine selection. Rinse and repeat.

What to do if Underleveled

From time to time you’ll come across a quest where the enemies are simply too high level and they kill you way too fast. Aside from trying to power through the quest and play more defensively you have 3 other options.

If you plan to complete all the side quests, you might as well take this route and level up while making progress towards your 100% quest completion.

Fighting though dungeons and collecting shrine pieces can be a fun way to gain EXP while not having to worry about following a questline. Just shoot and kill enemies to earn a reward at the end of the dungeon, ez pz.

This might be the most time-efficient way to level up fast. The way this works is you want to go to a stage of your choice and make your way to the boss waiting room right before the boss arena. Drop into the boss fight, beat the boss, gain a ton of EXP, then quit to the main menu. When you load back into the game you’ll be right back at the boss waiting room where you can drop back into the arena then rinse and repeat.


If you have a Torgue weapon with a sticky TNT damage% bonus (like the one I showed in the previous segment) you can clear a boss fight in like a minute or less depending on your skills.

SPOILERS: If you want to know the location and boss fight where this level-up method is the easiest to do (in my opinion):

If you’ve made it to the end and found this guide helpful – don’t forget to leave a comment and a rating! If you think I might’ve missed anything useful let me know and I’ll see if it’s something I could add to the guide to make it better!

All awards are also highly appreciated! <3


Thank you and remember, no rest for the wicked!

I hope you enjoy the Guide we share about Tiny Tina’s Wonderlands – Beginner Tips for New Players – Full guide; if you think we forget to add or we should add more information, please let us know via commenting below! See you soon!