A guide for the Axis Invasion mode in Sniper Elite 5. After 150+ Jager kills I’ve realized that this mode is a gem, and really want others to enjoy their time in it. Here I’ll detail engagement strategies, methods of locating the enemy sniper, and how to reestablish stealth.

What is the Sniper Jäger? 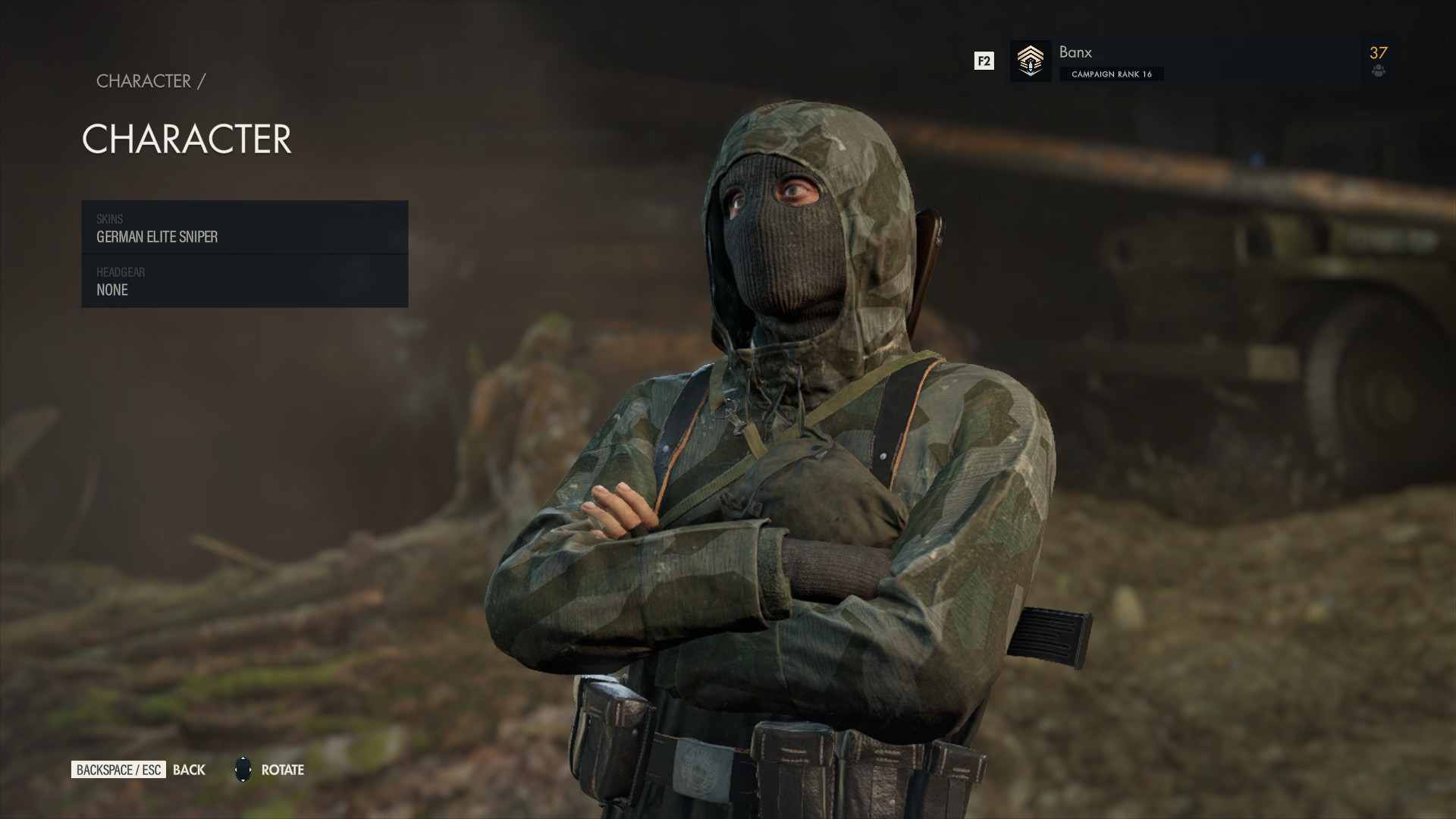 The Jäger is an elite German infantry unit specialized in the elimination of enemy snipers. I’m not a history buff so I can’t tell you if they actually existed, but they certainly do here and that’s what we’ll talk about. The Jäger is a new invasion mechanic in Sniper Elite 5 similar to the popular Dark Souls series dark spirit invasion system. Instead of spawning as a seething red ball of hatred, you spawn as the Hans aus Haag.


You are considered friendly to German troops around the map, and may access Invasion Phones after 5:00 minutes to be given the enemy sniper’s location. During this time, the enemy Karl has free reign to use the phones whenever they wish with however much frequency they see fit. We have a five minute cooldown, they do not. You can either attempt to determine which phone near your spawn was used and go hunt them down, or you can wait further up the level for them to come to you. Remember, Karl’s objective is to complete the mission. You only have to worry about killing Karl.

Tools of the Trade 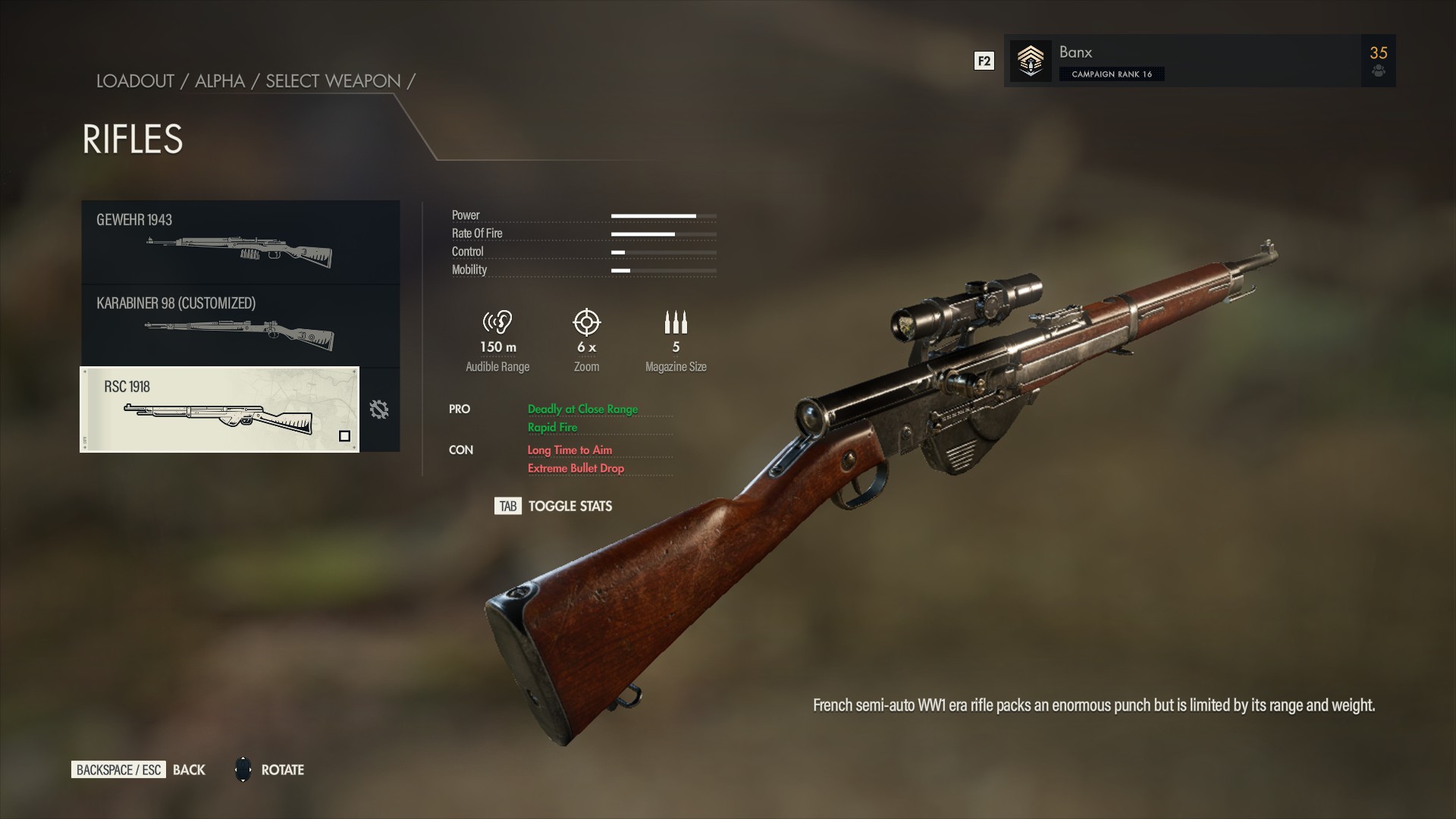 RSC 1918 – Your starter rifle. I haven’t done extensive testing but this is roughly on par with the pump action rifle Karl starts with. It’s pretty eh, but you have multiple customization options available to help modify it to your style. 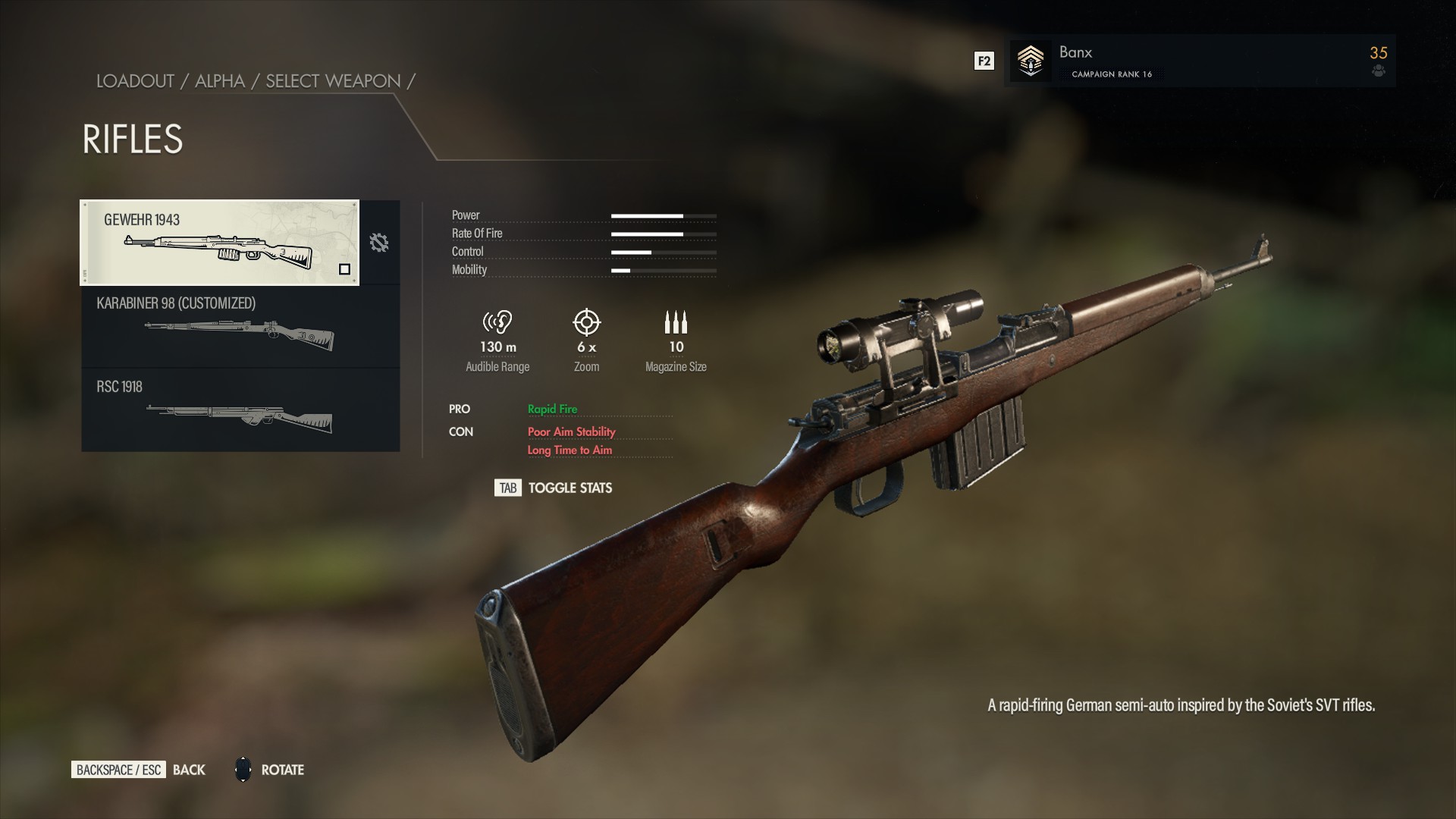 Gewehr 1943 – A very solid all around rifle. Your second rifle unlock for the Jager. It behaves like a German M1 Carbine with moderate stability, which makes it a little less ideal for longer range engagements. If a player is playing on lower than Sharpshooter difficulty, you become much much scarier with no wind or bullet drop. 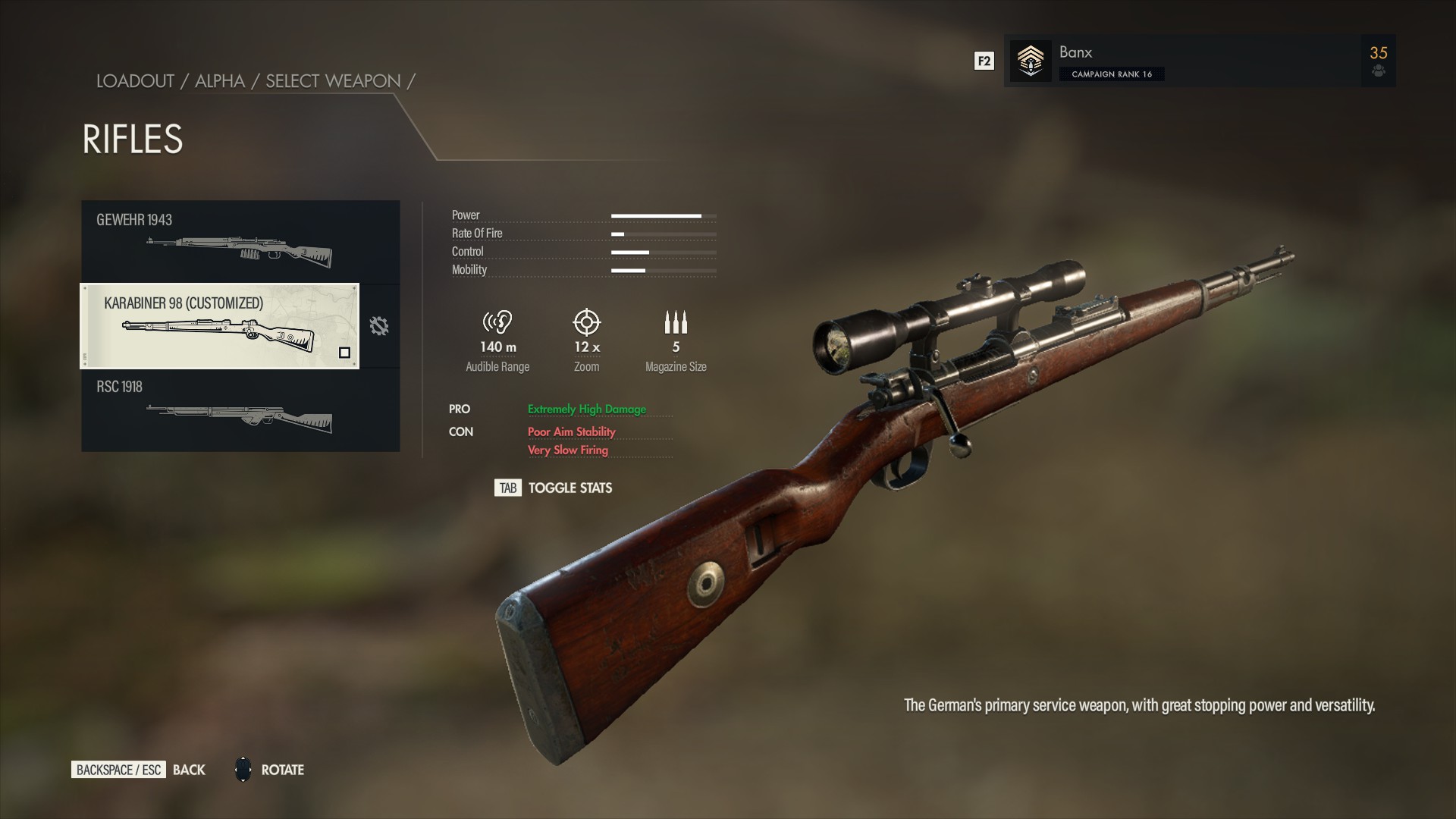 Kar98K – The AWP of Sniper Elite 5. This rifle comes with really really great bullet drop. The downside is of course, this is your one bolt action rifle. You’ll take a painfully long time to operate the bolt while your enemy lines up follow up shots, and you may feel outgunned. Don’t be. Most body shots to the chest/abdomen will send you straight into a killcam, watching Karl’s organs turn into soup. With match ammo, this rifle becomes very good at making 200m+ shots on enemies that are too busy looking through their binoculars to notice you. 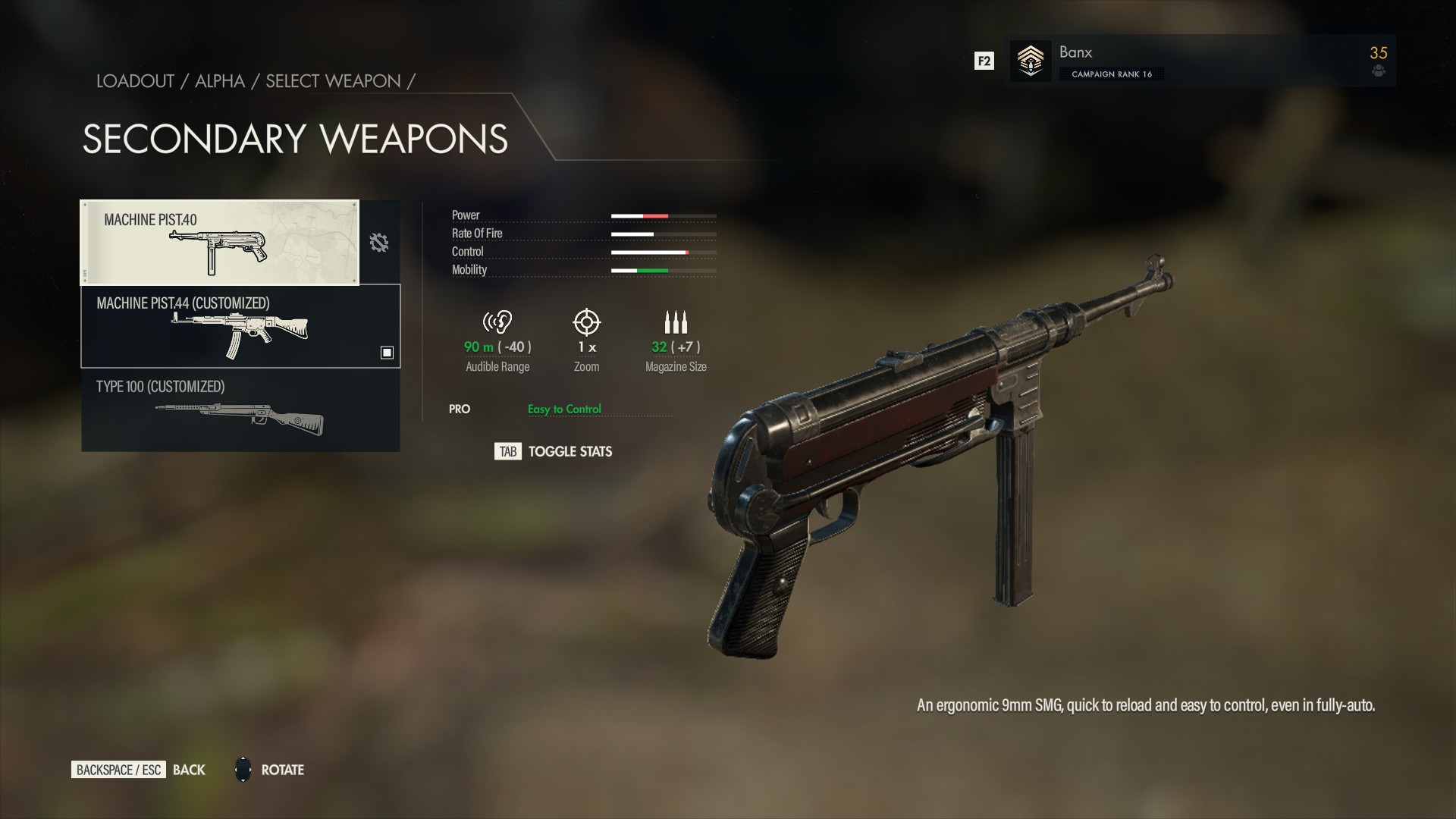 Maschinenpistole 40 – Your starter secondary, this weapon is pretty awful. The bullet spread is ridiculous, the rate of fire on the MP40 has never been anything to write home about, and the chances you even use this weapon are close to 0. Honestly just focus on becoming more comfortable with your rifle while this is your only choice. 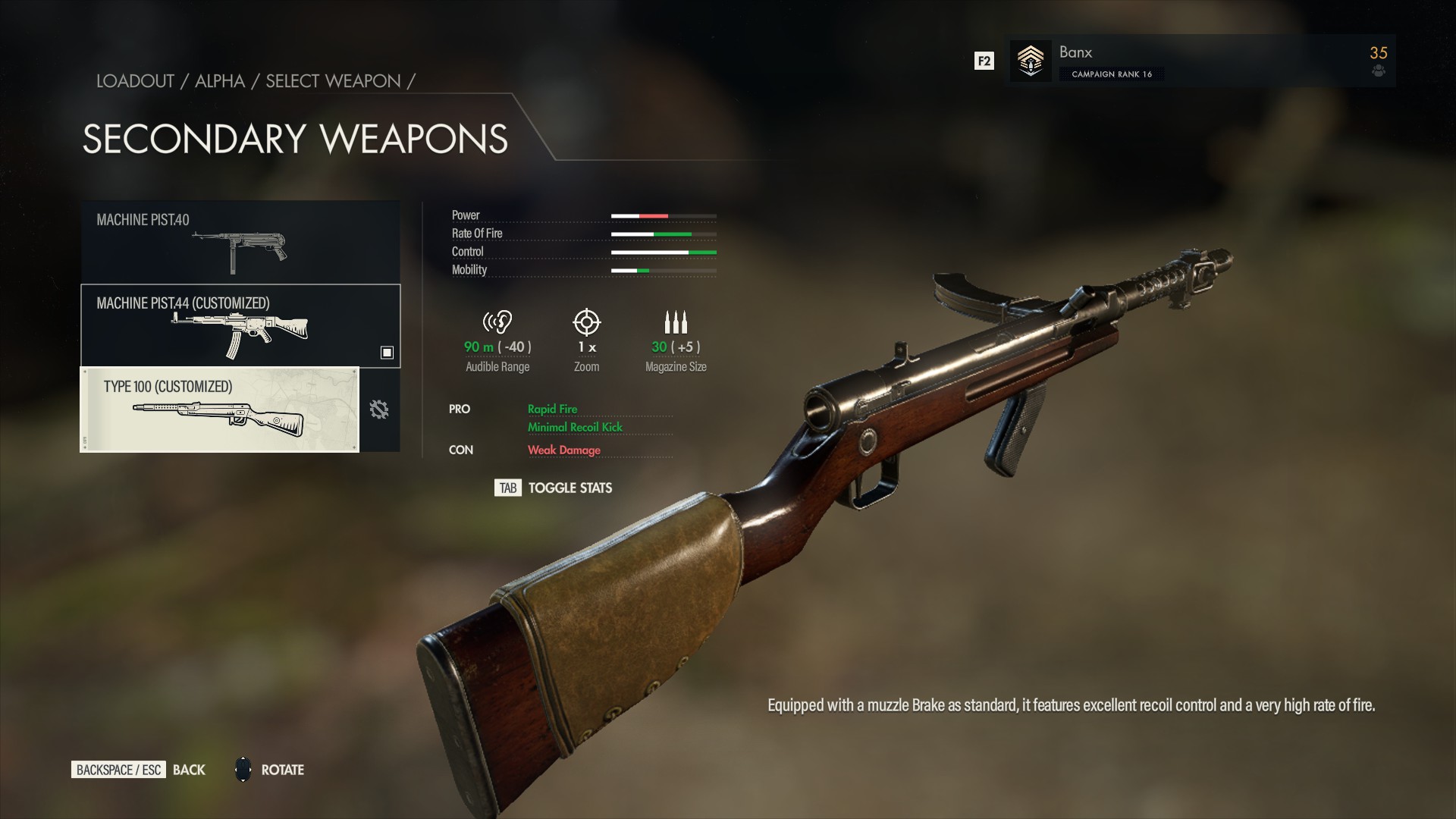 Type-100 – The second secondary (heh) unlocked for the Axis Invader. This thing is an absolute bullet hose. In buildings/bunkers this turns Sniper Elite into The Division 2. With the right upgrades, this becomes your best friend on caffeine pills. It says low damage, but with the sheer amount of lead you’re putting down range it hardly matters. The enemy will be dead or incapacitated by the time they even have time to react. 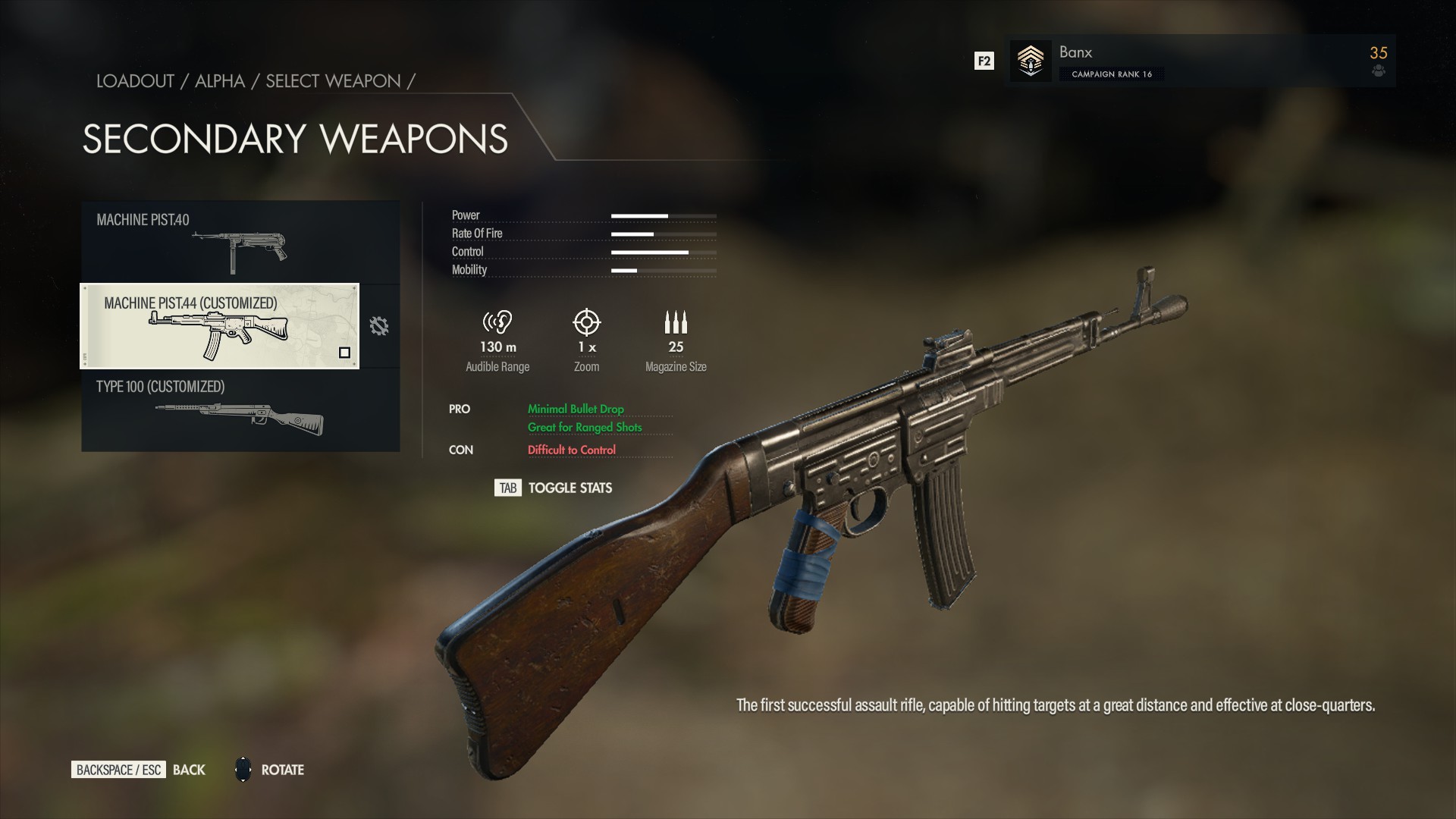 STG-44 – Arguably the best and final secondary unlock for the Invader. The world’s first a*sault rifle is nothing to scoff at, even if the stock accuracy appears pitiful. With the right upgrades, this turns into a medium damage laser beam, and if you’re really playing like a weenie then you can even slap a scope on it and use it like a better M1 Carbine. 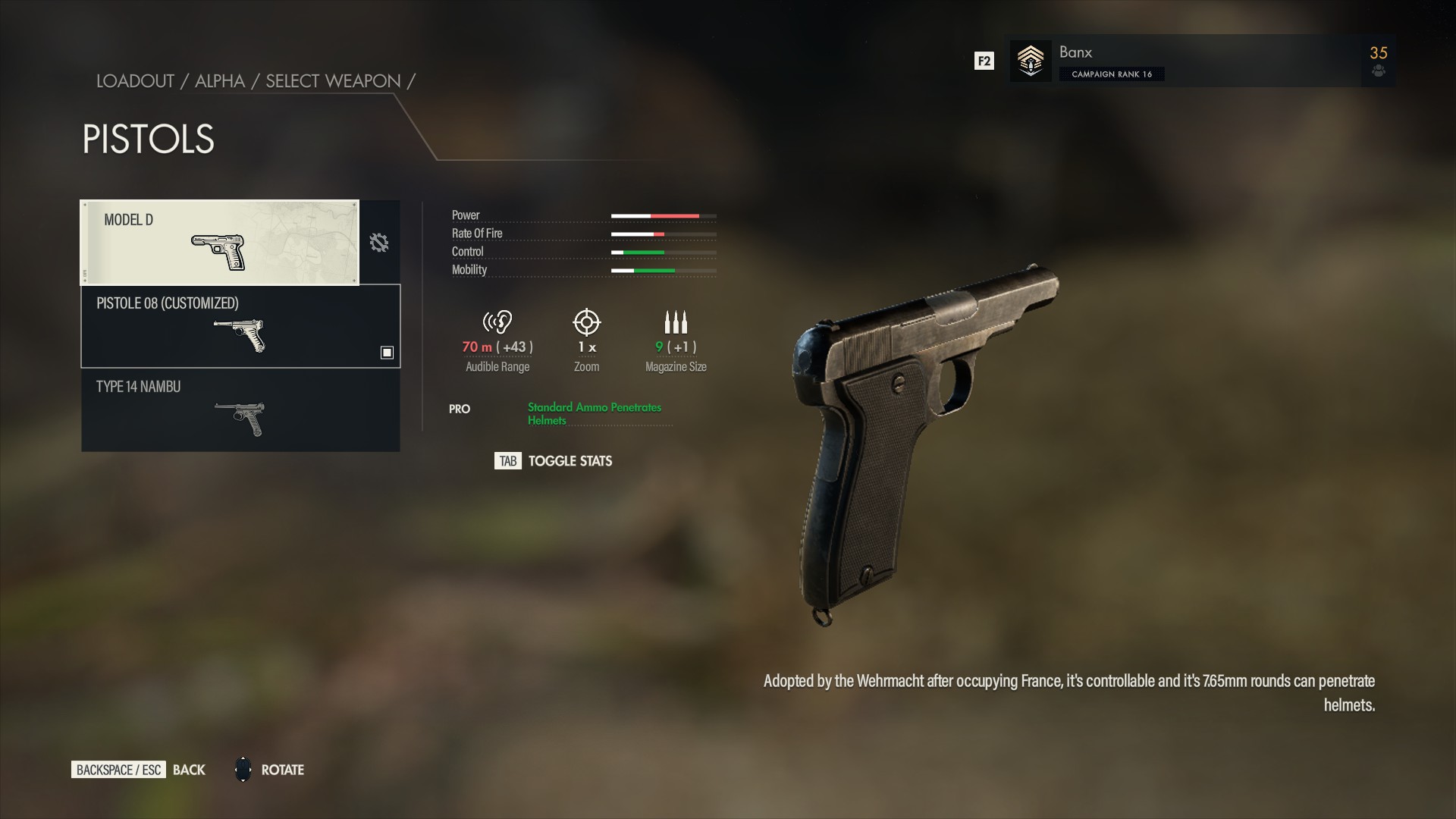 Model D – Starting sidearm for the Invader, it’s fairly lackluster but maybe someone else could give it some respect. 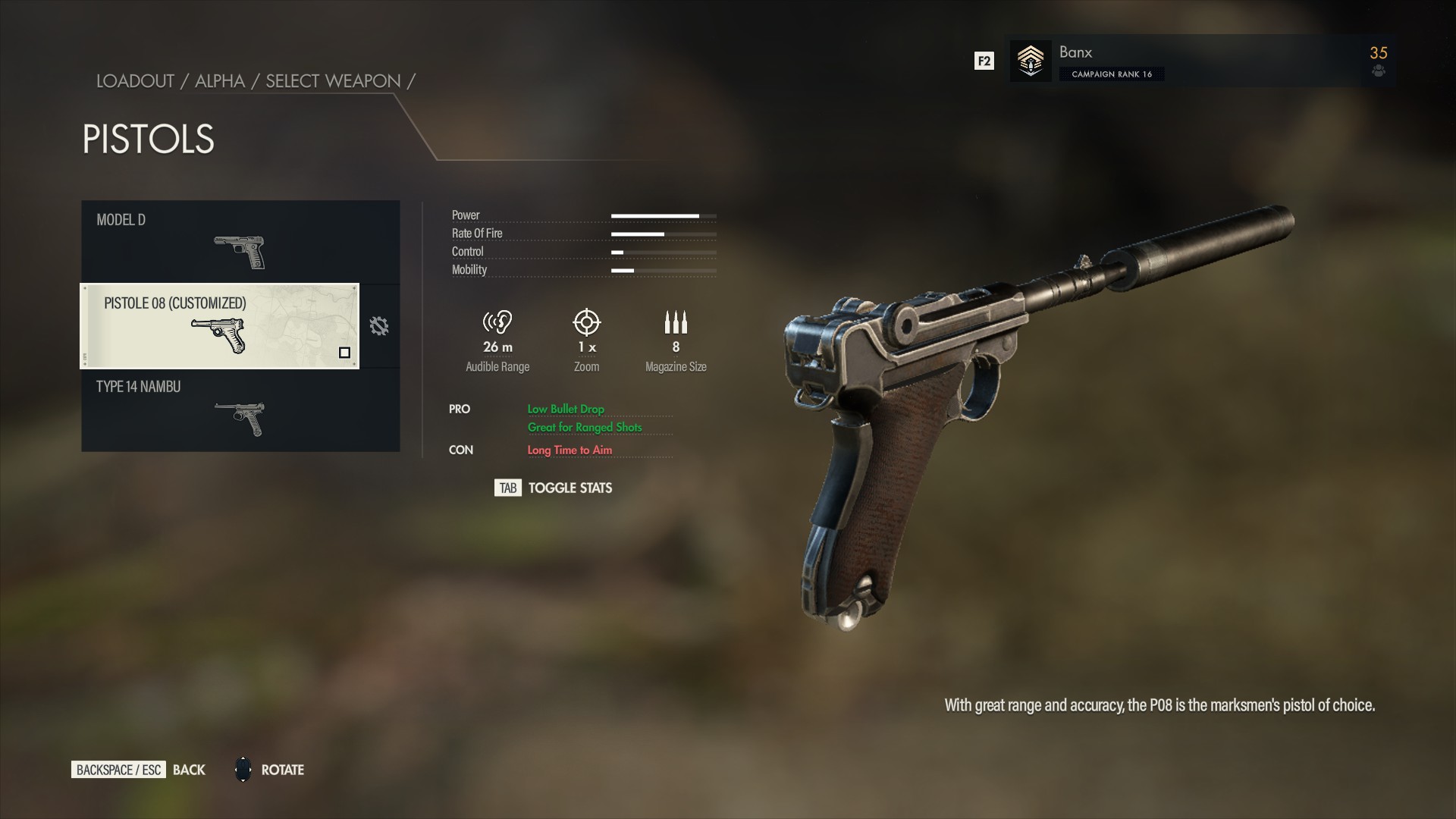 The P-08 – The Luger, or in my case, the Longer, is the de facto bad guy pistol. I really wish we got a P38 as well but I’m able to cope by giving this a foot long barrel and turning into a carbine when I get really bored. 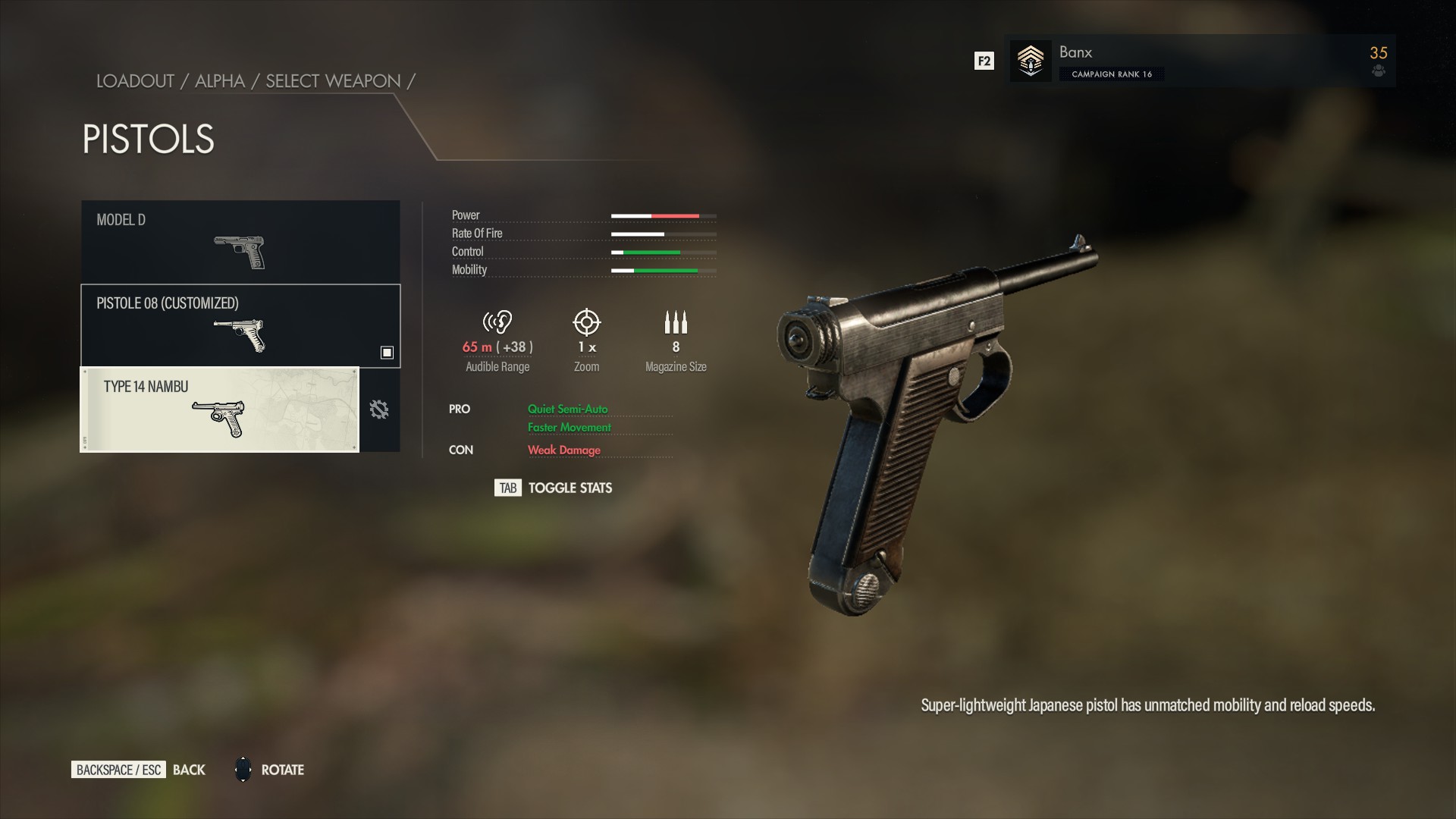 Type 14 Nambu – The final sidearm unlock for the Invader. I haven’t really used it much, but considering the only times you’ll use the sidearms are either to flex in CQC or while you’re downed having a faster fire rate isn’t necessarily the worst thing to have. 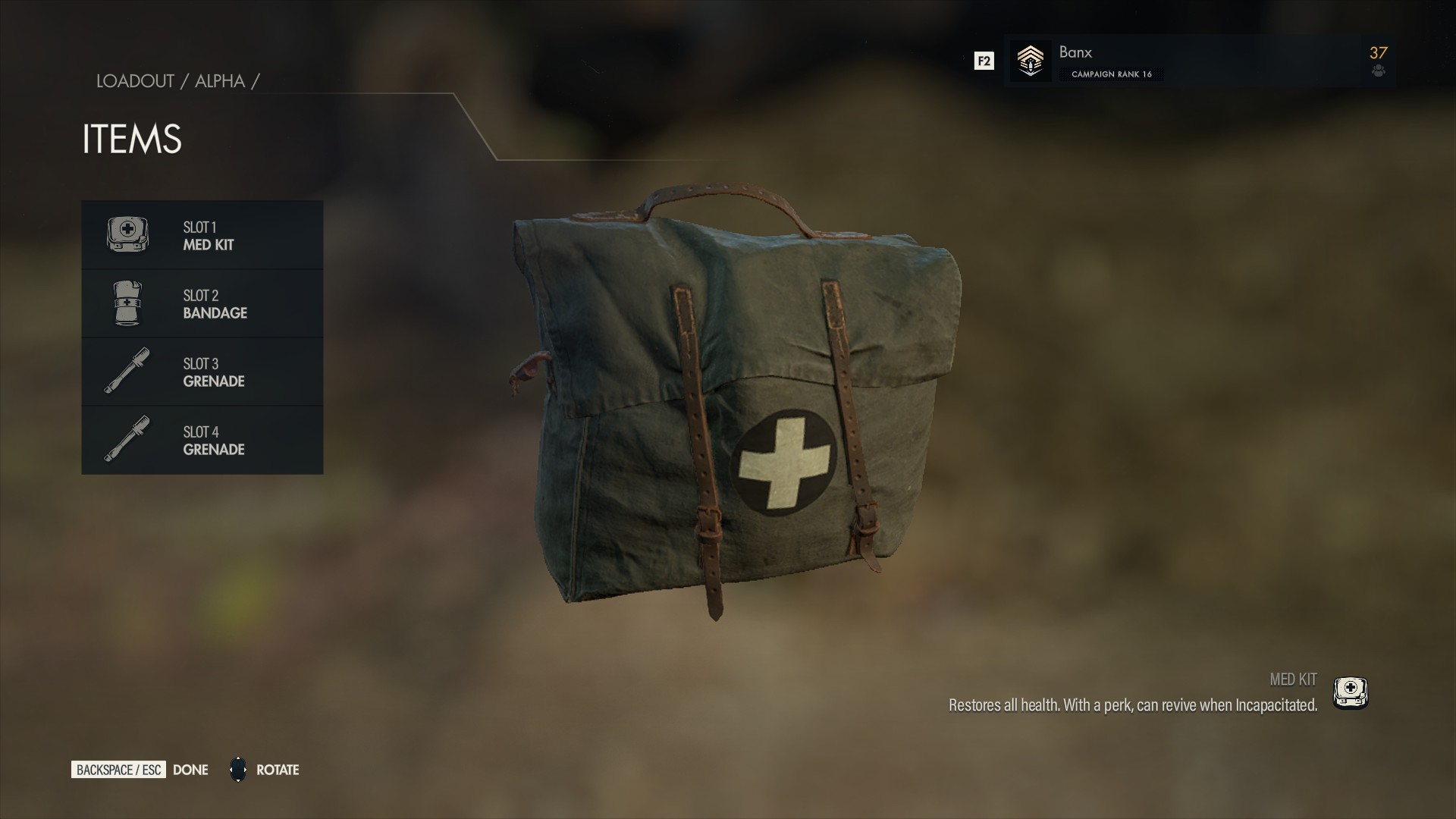 The Jager also receives a small selection of items. You start with 1 Medkit, 1 Bandage, 2 Teller Mines, and 2 Grenades. Unlisted, you also start with a single bottle. I haven’t found ways to pick up any additional supplies while invading, however you can disarm enemy traps and use those if you find them.

You’re In! Now What? 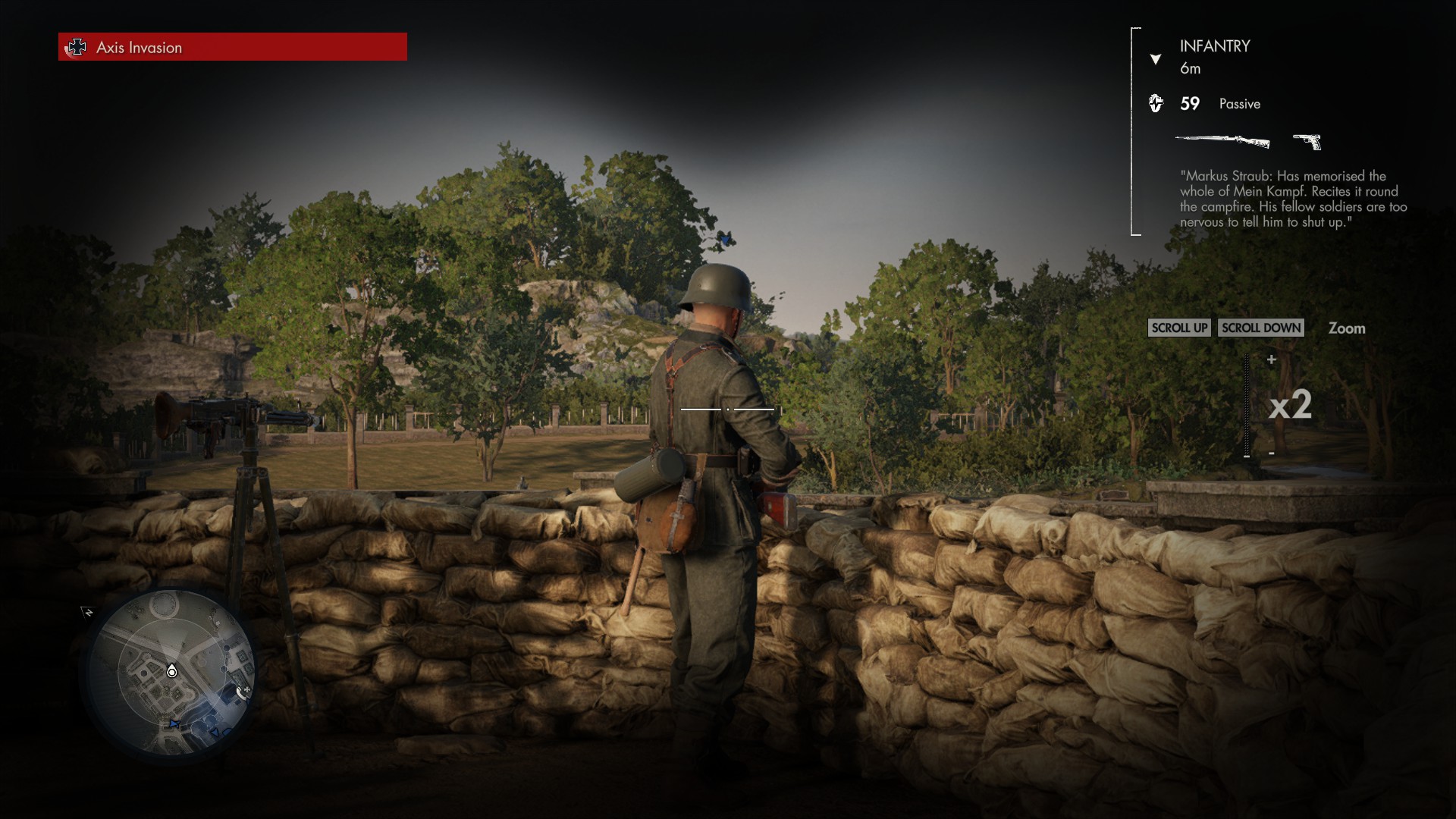 The first thing you want to look at if the host has it enabled is the minimap. In your immediate area, are any of the circles yellow or red? If so, you’ve already got a pretty good idea of where the enemy sniper is. 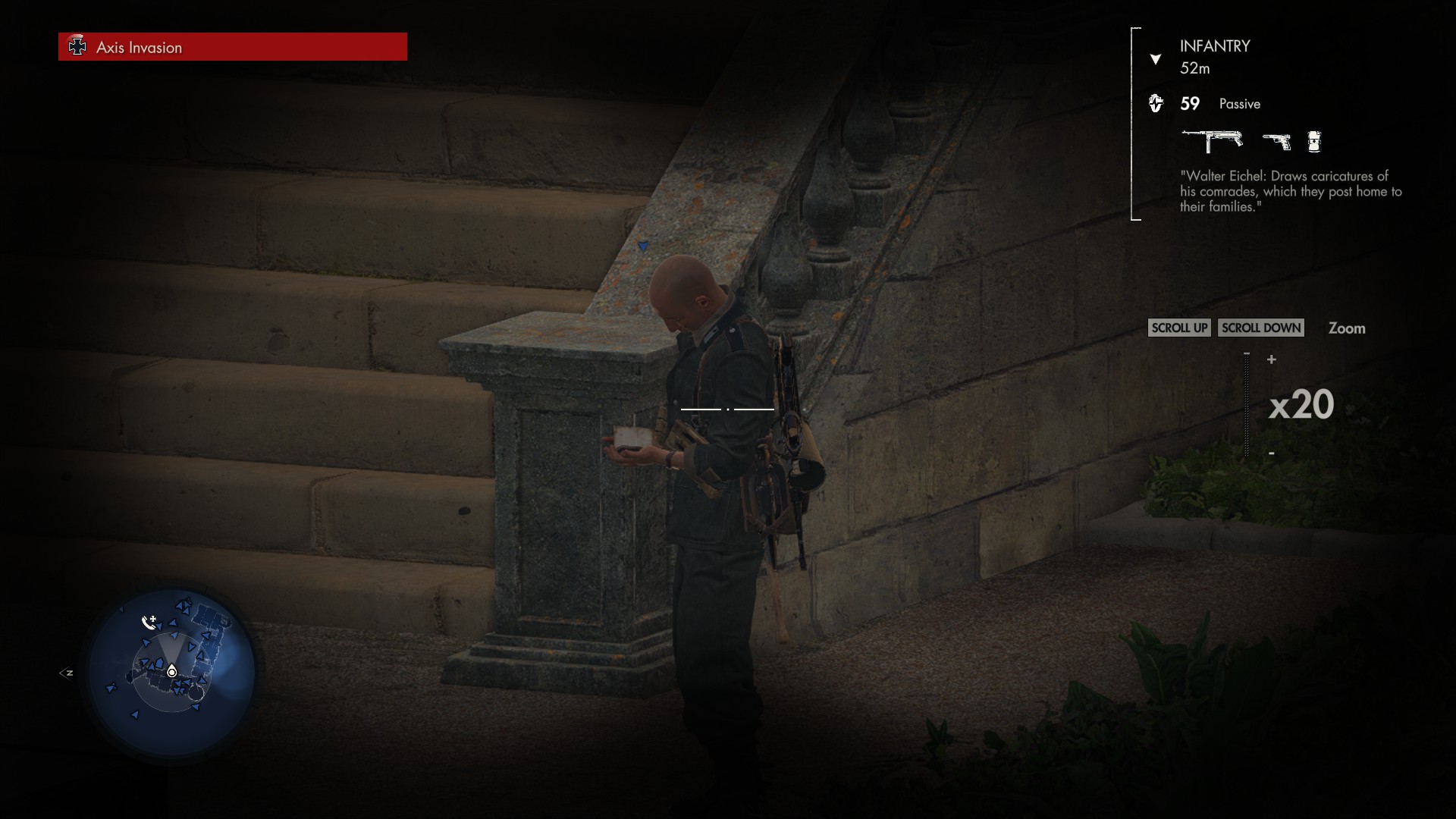 The next task is to start marking regular German soldiers. These troops are disposable fodder meant solely to keep the enemy sniper’s attention away from you. Troops that you have marked will be visible on your map as blue/yellow/red diamonds and if they spot the enemy sniper, you will get a rotating red triangle notification. They all have little intelligence reports about them, but it’s not really important. If anything it’s all the more reason to let him try and take on Karl while you set up in a nice cozy position and wait.

One thing to always keep an eye out for is the glint of an enemy sniper’s scope. Both you and the enemy will give off this glint. I’m not sure if binoculars reveal you the same way, but I find they usually don’t. You can also generally just hold still and watch the area unscoped. The human eye is based on movement, and you’ll notice when gra*s doesn’t quite look right.


On the topic of waiting…

You’ll find that patience is the key to both the singleplayer and invasion modes. There are times when you’ll be invaded very early into the level without much chance to claim a part of the map as your own. This is hard, regardless of your difficulty. For the Jager, this same situation happens at the end of the level. If there are no enemies left alive, there’s nobody left to give you information. This forces you to move blindly through the level attempting to pick up on the player’s trail.


Be wary when around tall gra*s. It’s just as much cover for you as it is for the enemy, and it’s not going to stop any bullets. I have been melee killed exactly one time because after that, I have never treated gra*s the same way. ALWAYS keep your guard up when moving around in fields.

Other times as long as most of the level is still alive, you can use bodies to help you find the player by tracing their steps. Often times players will have grown complacent taking out enemies along a side path and will forget to place mines in their wake. More than once I’ve stepped on and had my traps stepped on by other players. It’s hilarious how we laugh at the AI in games for being so predictable and yet we’re the same exact way. No matter what, you’ll always die in silly ways when you let your guard down. Overconfidence is a slow and insidious killer.

If you’re spotted either by the invasion phone or by being tagged, this is not the end of the world. You can wipe away a tag by crouching/crawling and breaking line of sight with the source of the tag. The invasion phone will not actively track you unless they use it multiple times so you are free to relocate to a an area over looking where you were marked, and wait for them to try and push. There are other times where you’ll be completely blind, or you see the enemy run in a direction and you attempt to cut them off. This will work half of the time, since enemies tend to move a lot faster than you would expect and they may cover more ground than you anticipated, leaving yourself open. Always try to disengage when stealth is broken, and find a new position nearby.


This guy should have kept running and kept his head down. If you’ve ever played Counter Strike, you know not to peek the AWP. Especially not when they have temporary wallhacks on with the tagging.

Hope you enjoy the Guide about Sniper Elite 5 – All Weapons Information, if you think we should add extra information or forget something, please let us know via comment below, and we will do our best to fix or update as soon as possible!