This guide is about Adrian Shepherd (Half Life Opposing Force). Who is he and what did he do in the Half Life series.

Who is Adrian Shepard 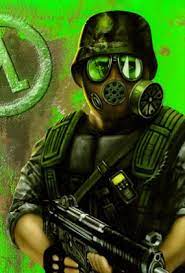 Corporal Adrian Shepard is the protagonist of Half-Life: Opposing Force, a twenty-two-year-old USMC corporal assigned to the HECU troops at Santego, Arizona, where he was trained by Dwight T. Barnes and Sharpe. He is one of the soldiers sent to Black Mesa in order to destroy the Xen invaders and silence witnesses to the Incident. At the time of the events of Half-Life and expansions, he is 22 years old.

Shepard, as part of the Goose-7 unit, flies an Osprey tiltrotor to Black Mesa. Other soldiers were with him, such as the Tower and Jackson. When the Gus-3 and Gus-7 convertiplanes are shot down, Shepard is among the few survivors. He heads for the Black Mesa extraction point, but just before landing on the last Osprey, the G-Man closes the gate in front of him, forcing the corporal to stay in the complex and look for another way out, along the way fighting Race X and black operatives. He eventually confronts and defeats the geneworm, the leader of Race X.


Unlike other soldiers, Shepard works with distrustful scientists and security guards to get out of Black Mesa alive. This is partly due to the fact that he did not receive an order to kill them, as his tiltrotor was shot down before the commander had time to explain to the squad what they were to do. 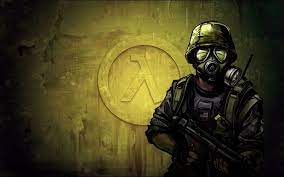 In the game, Shepard and Freeman’s paths cross once, but at that moment Shepard becomes a mere observer of the scientist’s departure to Xen, they never fight each other. Any attempt to follow him will result in a “time paradox”, causing Shepard to fall through the void in Xena and die. This is dictated by the fact that the corporal could not get into the Half-Life timeline. The “time paradox” notice itself is tongue-in-cheek and does not imply any event in the game’s universe. In addition, Shepard can find a portrait of Gordon hanging on the wall with the inscription “Employee of the Month”.

The G-Man appears to have been interested in Shepard’s activities even before the Incident began, as evidenced by diary entries and his presence at boot camp training. During the Incident, he takes a more active role in Shepard’s life than Freeman’s, guiding and hindering his progress through Black Mesa. At some point, he rescues Shepard from a locked room flooded with toxic waste. Later, when Shepard defuses the thermonuclear warhead that the black operatives brought to destroy Black Mesa, the G-Man reactivates it. At the end, the G-Man reveals that he persuaded his employers to save Shepard’s life, and leaves him in stasis until the next meeting. He shows respect for Shepard, saying that his ability to adapt and survive reminds him of himself.

Shepard is mentioned in passing in Blue Shift in “Duty Calls”. Barney witnesses a couple of soldiers dumping a corpse down the drain and overhears one of them complaining, “Why is it that Shepard’s squad didn’t make it so we have to clean up this ♥♥♥♥?”

At the very end of Opposing Force, Shepard is “delayed” according to the on-screen message, followed by “Further evaluation pending”. Since then, his fate is unknown. 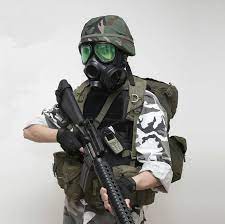 Hope you enjoy the Guide about Half-Life: Opposing Force – Who is Adrian Shepard?, if you think we should add extra information or forget something, please let us know via comment below, and we will do our best to fix or update as soon as possible!