At the beginning, lock or use dice when they have Gather (tools), Work (cogs), Build (hammer, keep 2 max) or Explore (compass, keep 1 max) face. Roll dice if they have Fight (sword) face as you won’t need it at the beginning.

Once you have finished salvaging the shipwreck remnants around your harbour start rolling Work faces too. 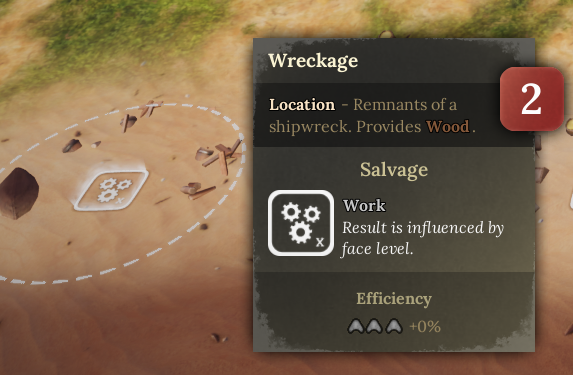 Tip:It is often more important to lock dices (alt + left click) to save durability rather than playing fast and rolling at lot of dices at once.


Build a House next to your Town Hall for extra efficiency.

Once the house is completed you can start putting dice there to create new dice. Use the dice with faces you don’t need that for that (instead of rolling them). Stop creating new dice once you have 10 in total. This should be enough to have your peasants happy which increases their Gather output. 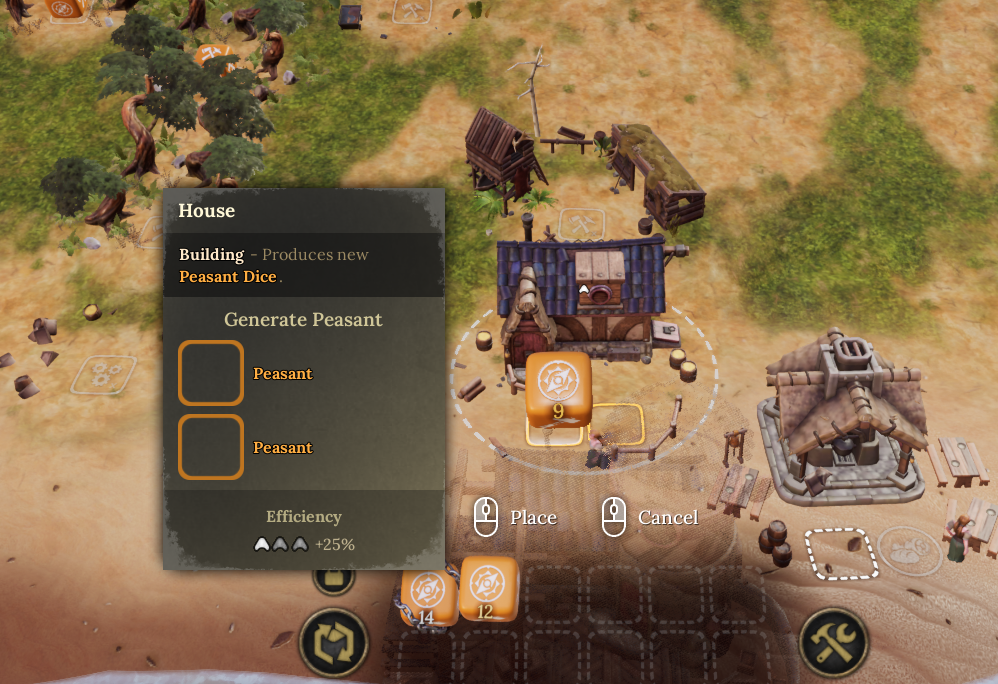 Start building districts and use Explore on them.


Tip: When placing districts try to place them near as many Forest/Iron Mine/Stone Mine. Ideally towards the end you would have at least one peasant district next to each available Forest/Mine. 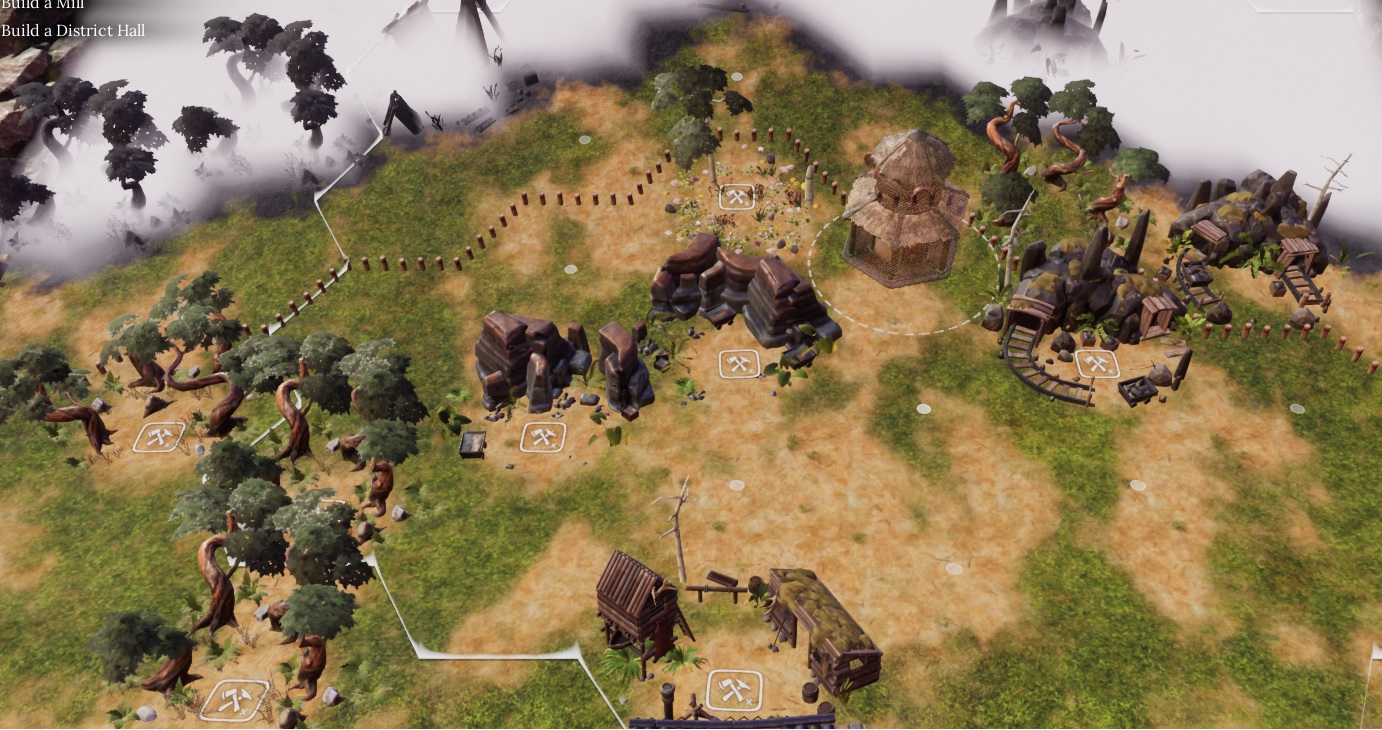 If you need food, use Gather on Hunting grounds.


Tip: Do not deplete Forest/Iron Mine/Stone Mine but you can deplete Hunting grounds and Meadows as they have relatively limited use with policies.


When you reach your first winter, pick the following Policies in priority:


Once you get mandatory mining, start upgrading your districts next to mines to peasant districts.

Once you get mandatory cutting, start upgrading your districts next to trees to peasant districts.

Once you get mandatory harvesting, place 6 wheat farms next to peasant districts.


During the beginning of winter (hover the mouse pointer on season wheel to see where you’re at) the freeze chance is only 5% so keep using your dice normally.


At the end of first winter, place a wheat farm and a mill next to a district hall.

From now on, when you roll a Work face, put it in the mill or in the farm.

Also start locking sword faces (up to 2) when you roll them.

Build a School and a Workshop next to a district hall.

Start placing dice with low durability in the school to get up to 4 citizens. 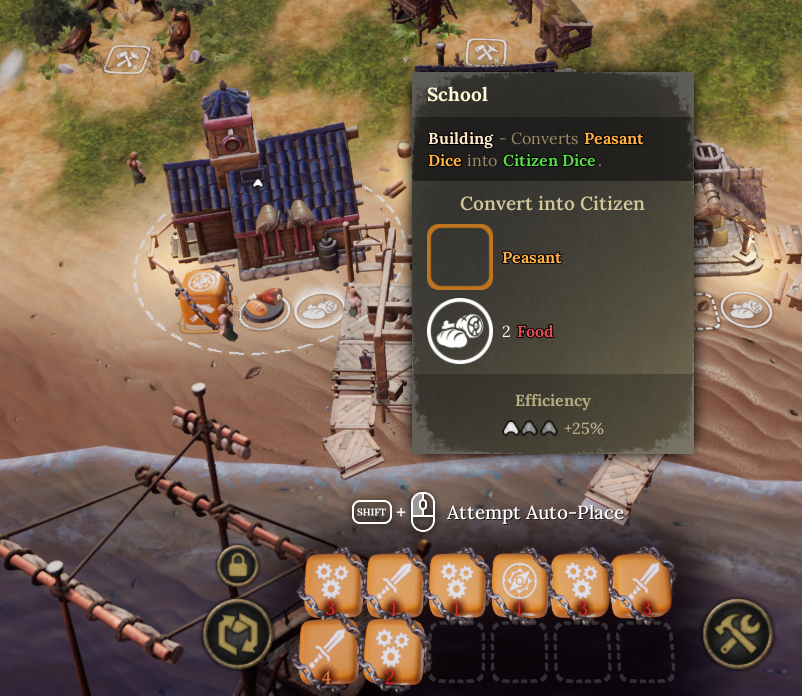 Fight raiders that would destroy a building with a die (sword).

Do not fight Arsonists but prepare a Work face and place it on the building as soon as it is on fire. (if you wait fire can spread and also require more Work power to be removed)

You can optionally fight thief if you have a sword available but their impact is limited.

Fight poisoners as they can get your dice sick.


If a die gets wounded, try to not use it in fight again. Also, use it in priority if you need to create new Citizens for instance.


Start researching, suggested order would be:


In the meantime, train 2 more Peasants.

Third year and after


During your 3rd winter, start saving gold to build the Town Square later.

Build a brewery and then a tavern.


During your 4th summer build 2 or 3 towers at the top ideally being able to deal at least 2 damage on all entry points your opponent can use. 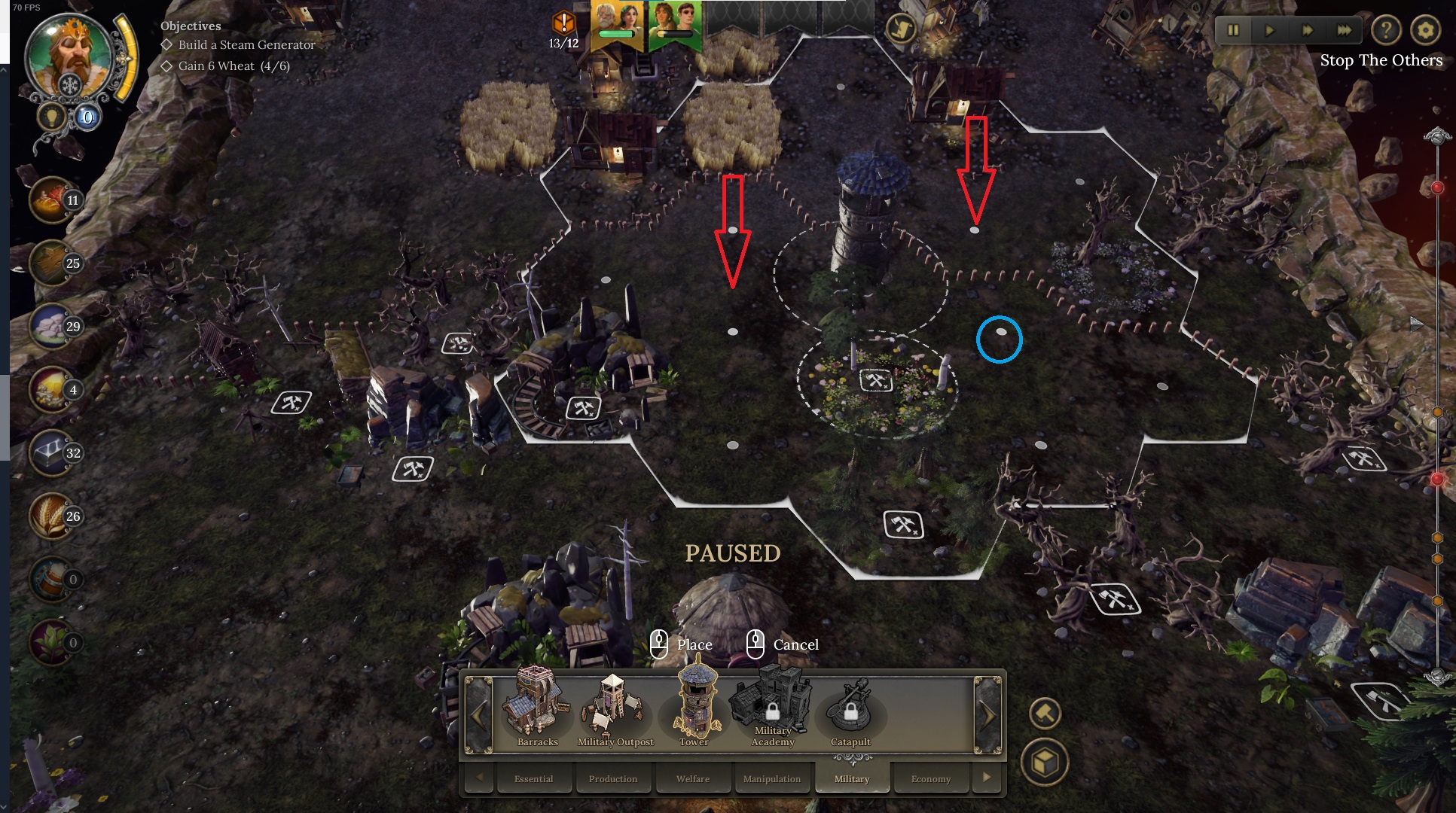 If you already have the top 3 Peasant policies you can place the Town Square and start increasing Citizen happiness.

Otherwise build an hospice and put the 4 citizens in that one to reset the Citizen class happiness as well as increase your chance to get the correct Peasant policies.


Once you get these top 3 Peasant policies, start researching again, with 3/4 citizens.

Get the citizen class happy for extra output.

Continue placing peasants districts over the map, as long as they are adjacent to some wood / stone / iron location that is not within a Peasant district yet.


If you start lacking gold, place a tax office next to a peasant district hall, use it with citizen and rebuild the happiness using Town Square.


From there you can pretty much win relatively easily, either start going into soldiers to finish the game or place 3 additional towers at the top to be protected. 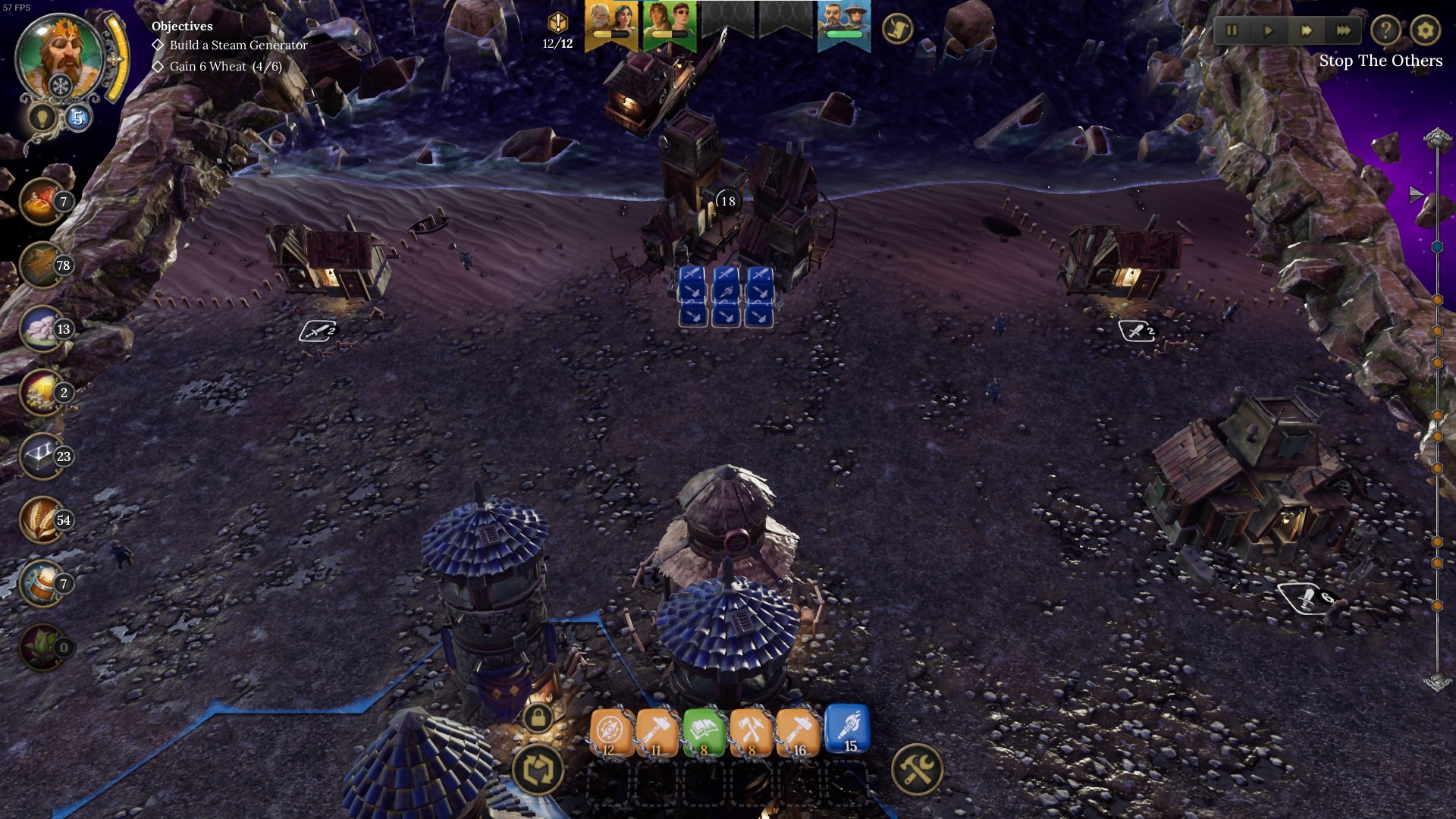 If you want to play a longer game / ascend dice, you can start increasing your gold income either by going for the monk policy “Mandatory Offerings” or going for the merchant policy “Domestic trading”.

In both cases you can remove all your citizen dice to increase your chance of getting the needed policy.

Also try to get the 12 peasant policies just so that they are not part of the choice for the next year anymore.

I hope you enjoy the Guide we share about Dice Legacy – Basic Gameplay Tips & Walkthrough Guide; if you think we forget to add or we should add more information, please let us know via commenting below! See you soon!