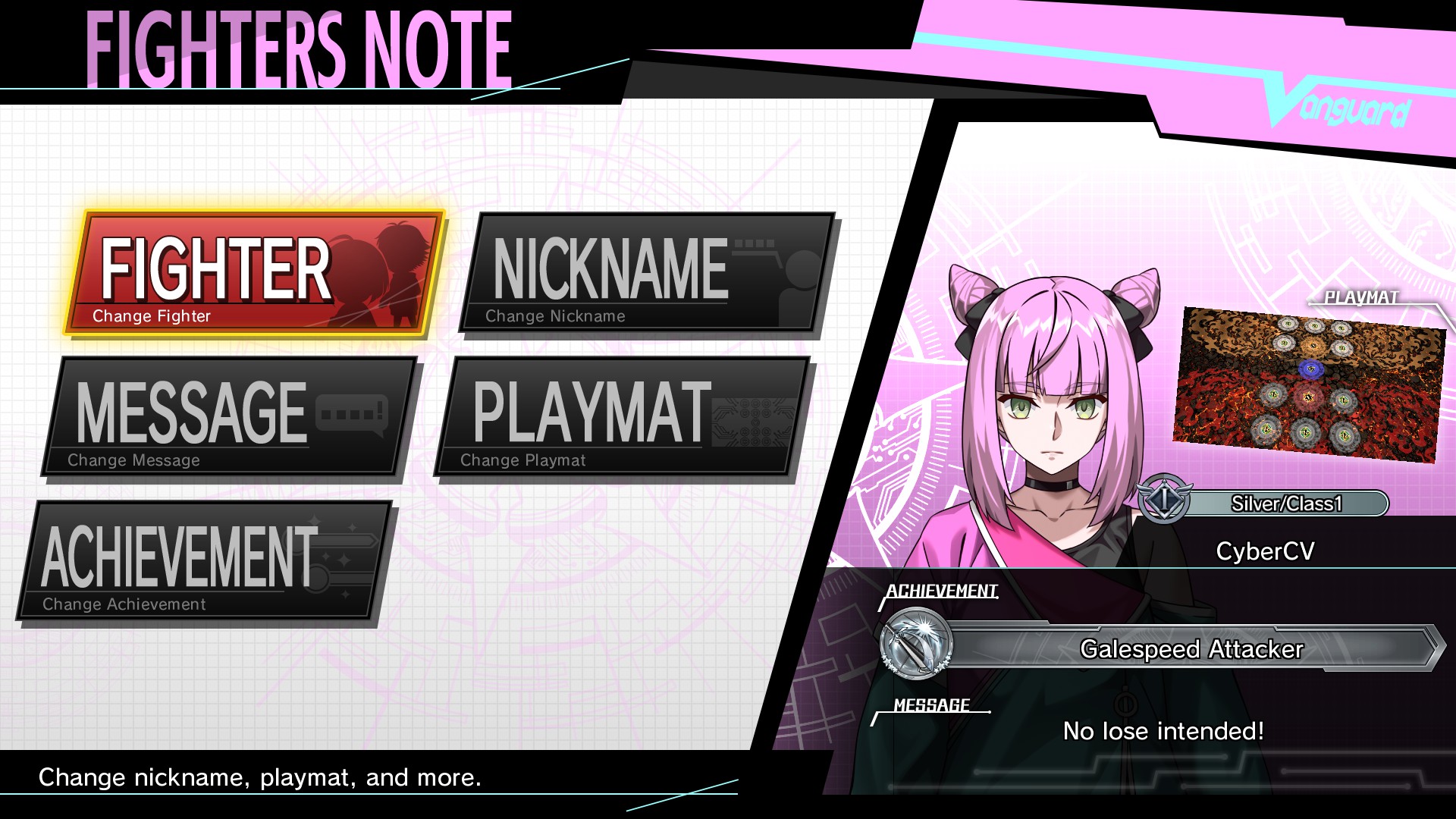 Fighter = The menu to change your Fighter Skin in CPU Fight/Multiplayer. As you progress in the game, you unlock more characters.

Message = Select from multiple pre-set messages that can be seen during Online Play.

Playmat = Changes your current Playmat. You can purchase more at the store.

Online Play: Achievement = Your title will change. You can unlock more as you progress through the game or complete certain milestones. (Ex. Crimson Dragon Emperor requires that you win 10 fights against Dragon Empire) 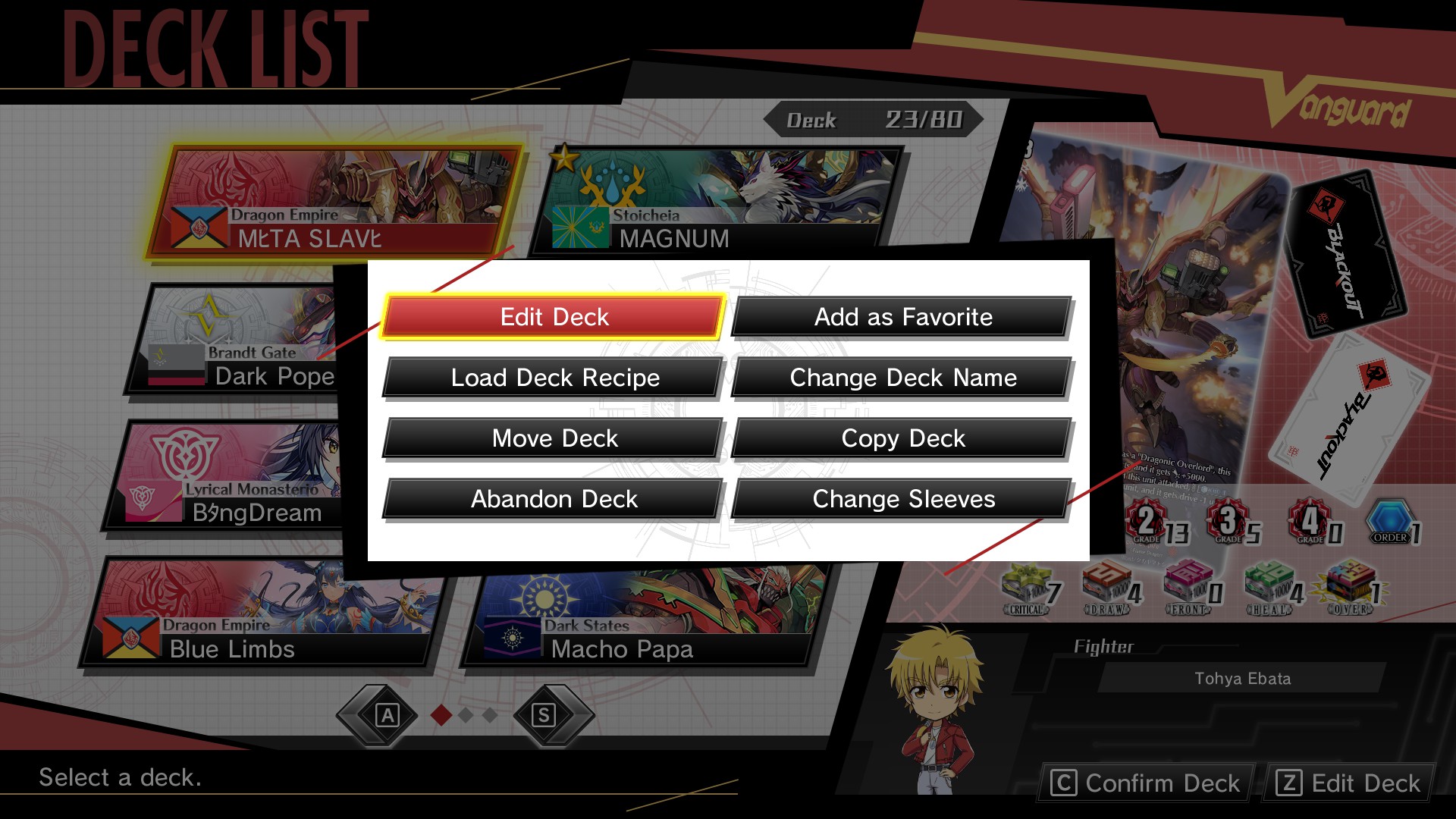 Edit Deck = Changes the current deck’s card build. This is where you will spend most of your time crafting, and fine-tuning deck builds.

Change Deck Name = Changes your deck’s current name. You might wonder why most people use “Deck” for their deck name. They haven’t changed it. Be aware that sometimes censorship can be quite severe. Maximum 10 characters

Move Deck = You can move your deck to another place on the list. It switches the deck’s current position if it is moved on top of a spot that has a Deck.

Copy Deck = This allows you to copy one of your decks. This is useful for fine-tuning your main decks without affecting the original.

Change Sleeves = Change your Main Sleeve (Your Deck Sleeve) and your Ride Deck Sleeves (The sleeves of your Deck and Ride Deck, respectively, beside the Main Deck)

You can also copy the deck that someone has online outside of the deck menu. 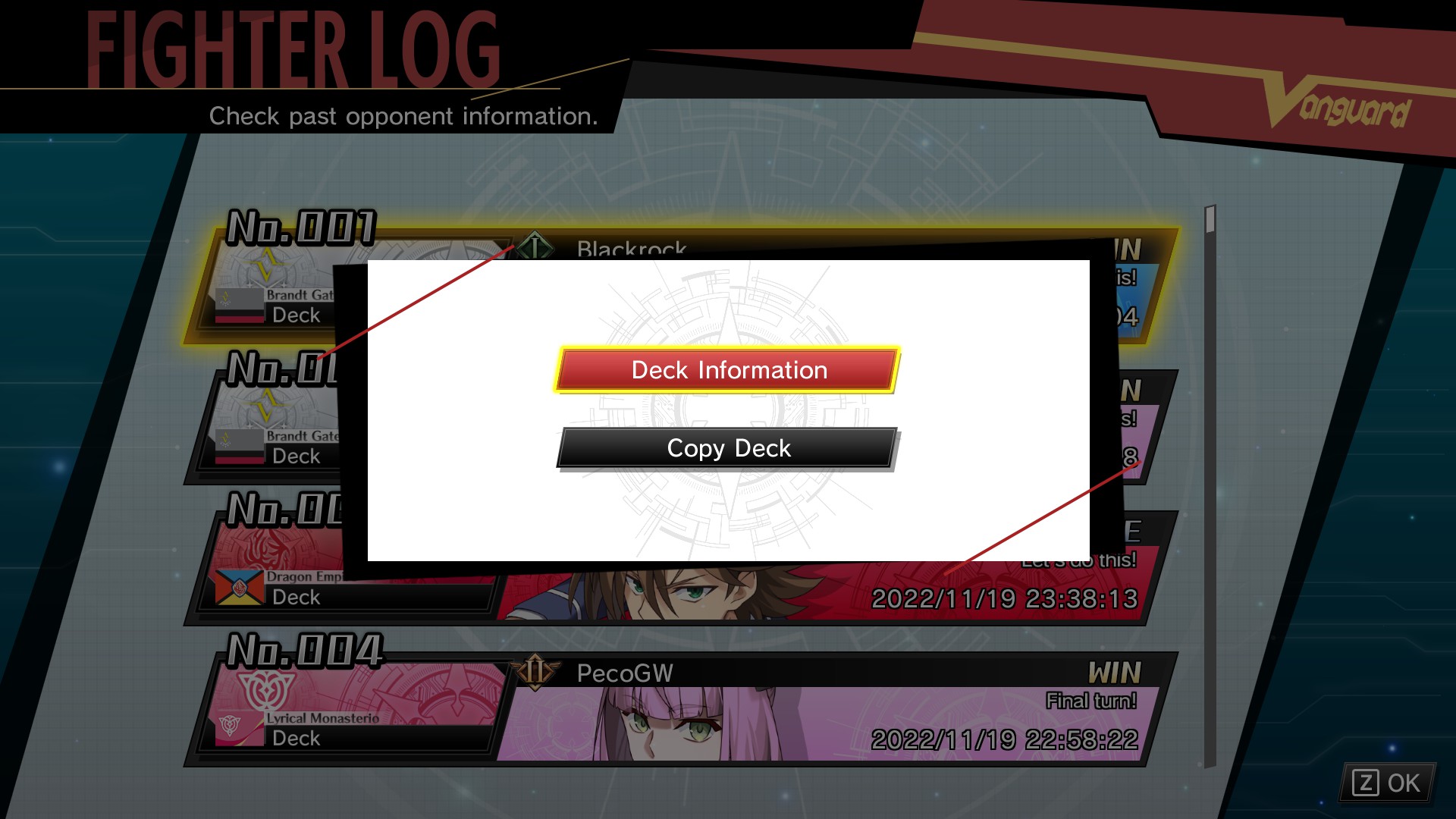 Deck Information = Displays the Deck information of your opponent during that match. Shaded cards that you don’t own (, even if they have the alternate art/rarity), will remain. Viewing a shaded deck, you can also make the cards you don’t have. 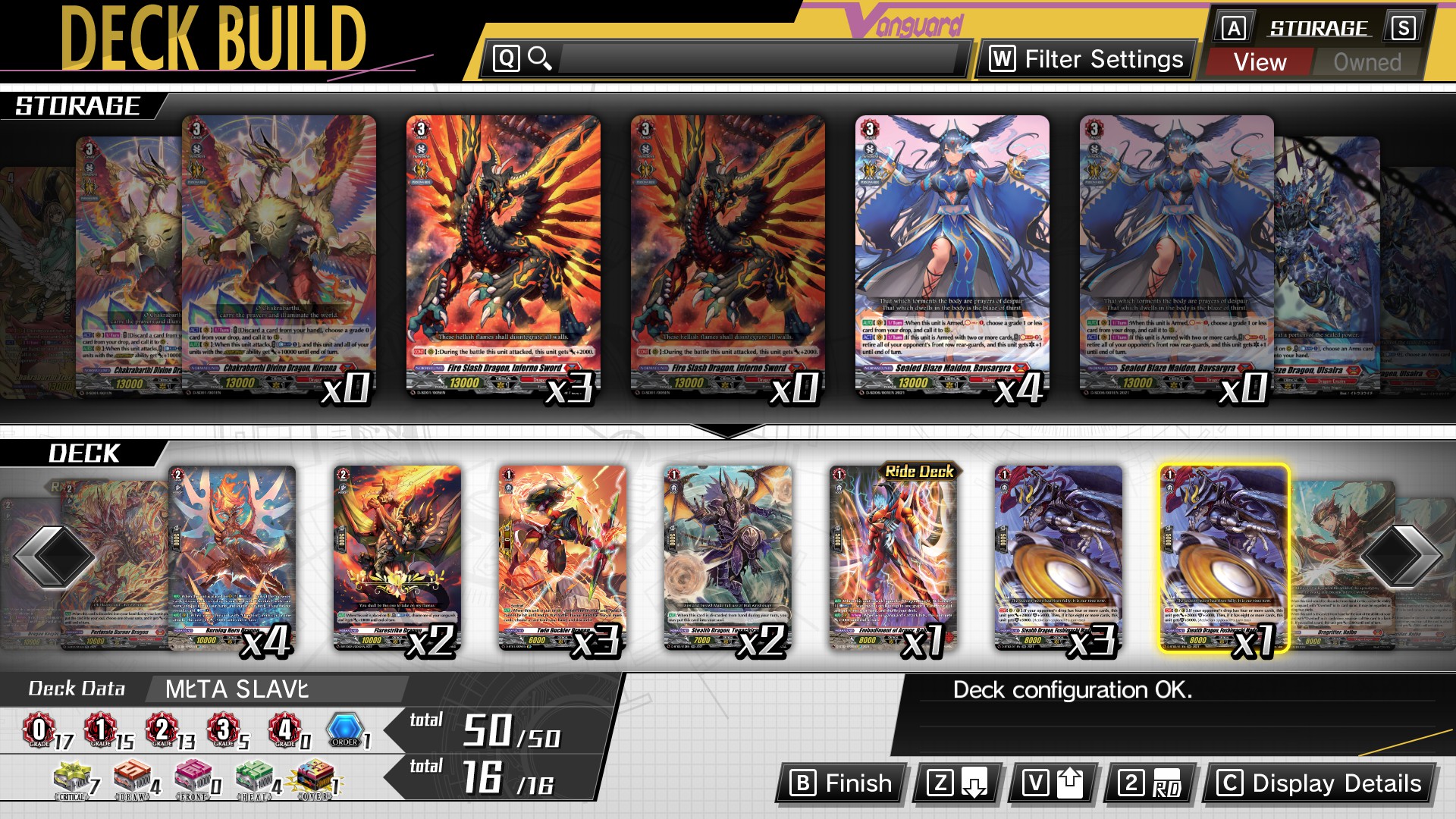 If you have played Vanguard EX before, the crafting system will be easy to understand. 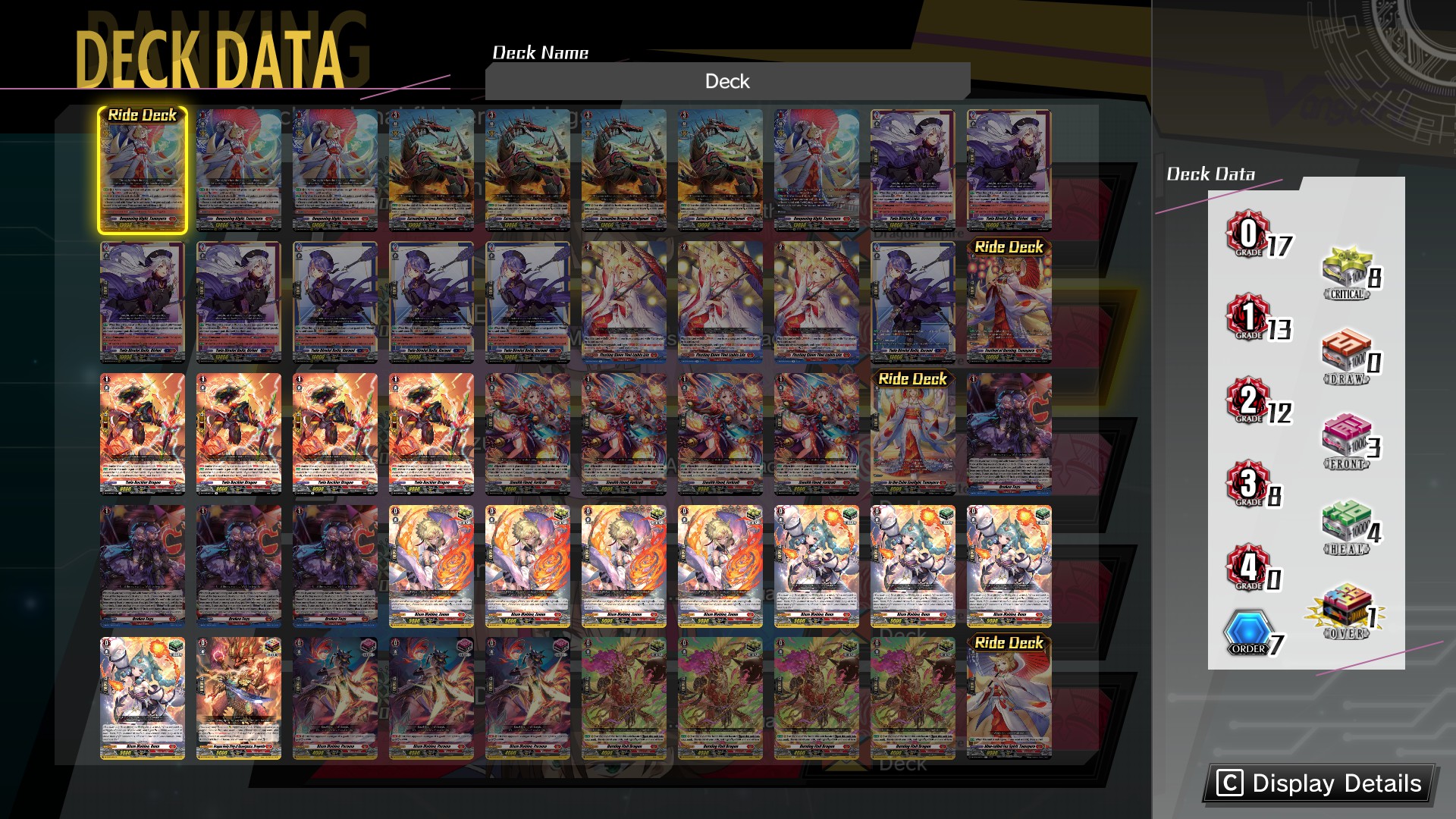 The Fight Menu also allows you to craft cards. You can view the Fighter Log to see the deck information of someone else and craft a card. The ranking is the same. If your opponent has made their deck public, you can view their cards and craft from there. 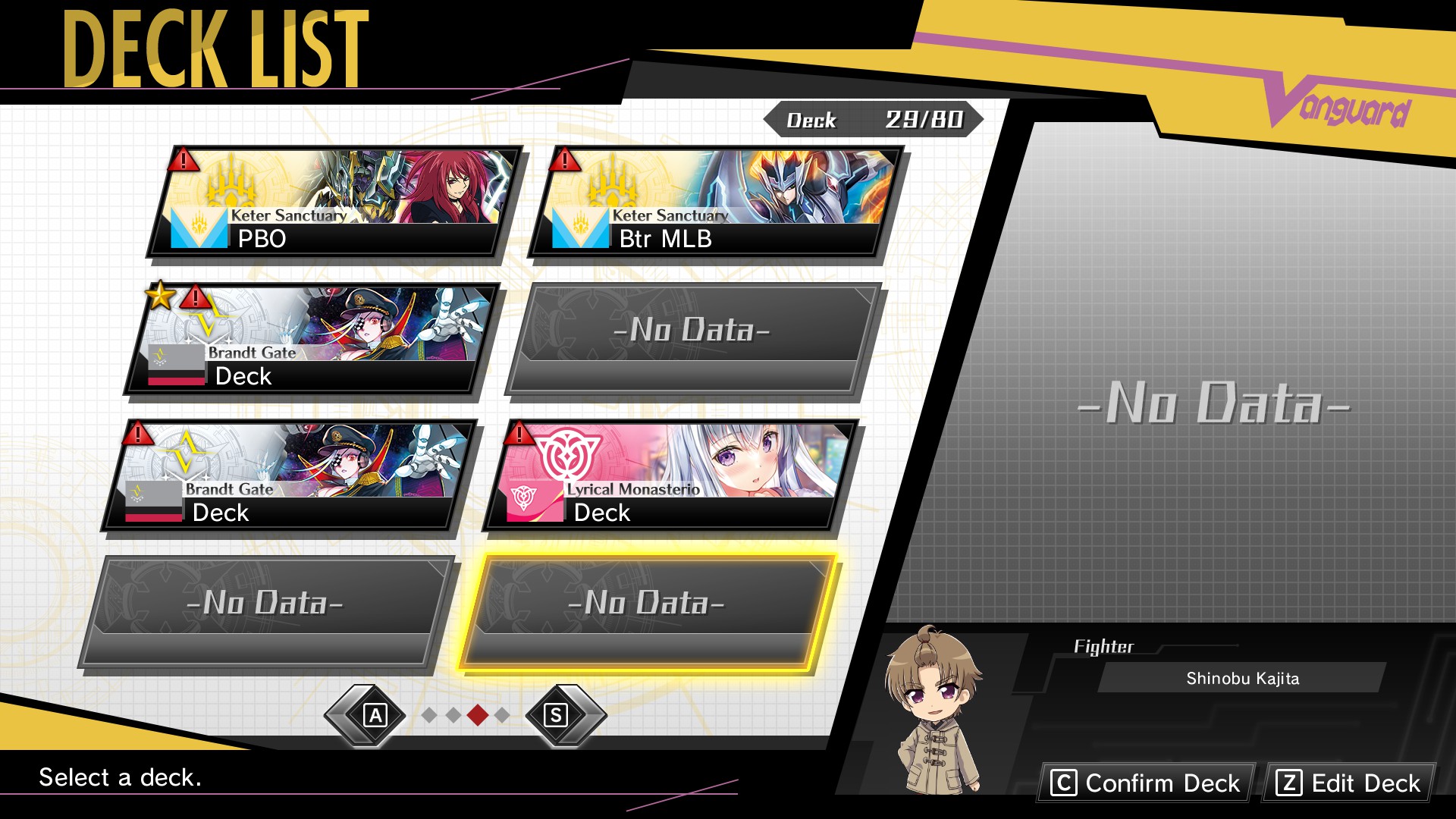 You can either copy Deck Recipes from the Players or in-game characters. 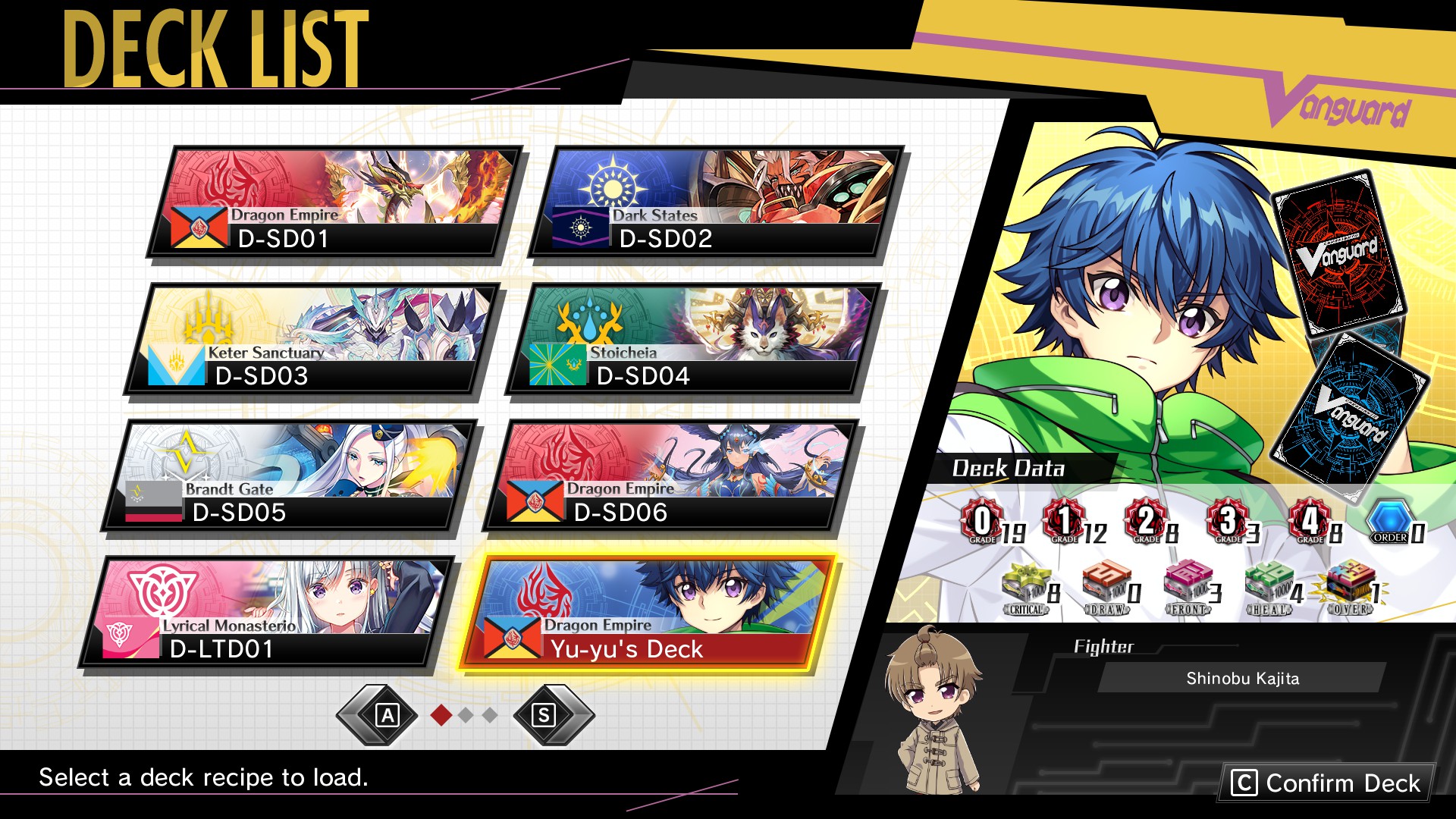 To load Character Deck Recipes, click Edit Deck, click on a blank deck slot, and then choose Load Deck Recipe. Deck Recipes can only be loaded if they have been unlocked. 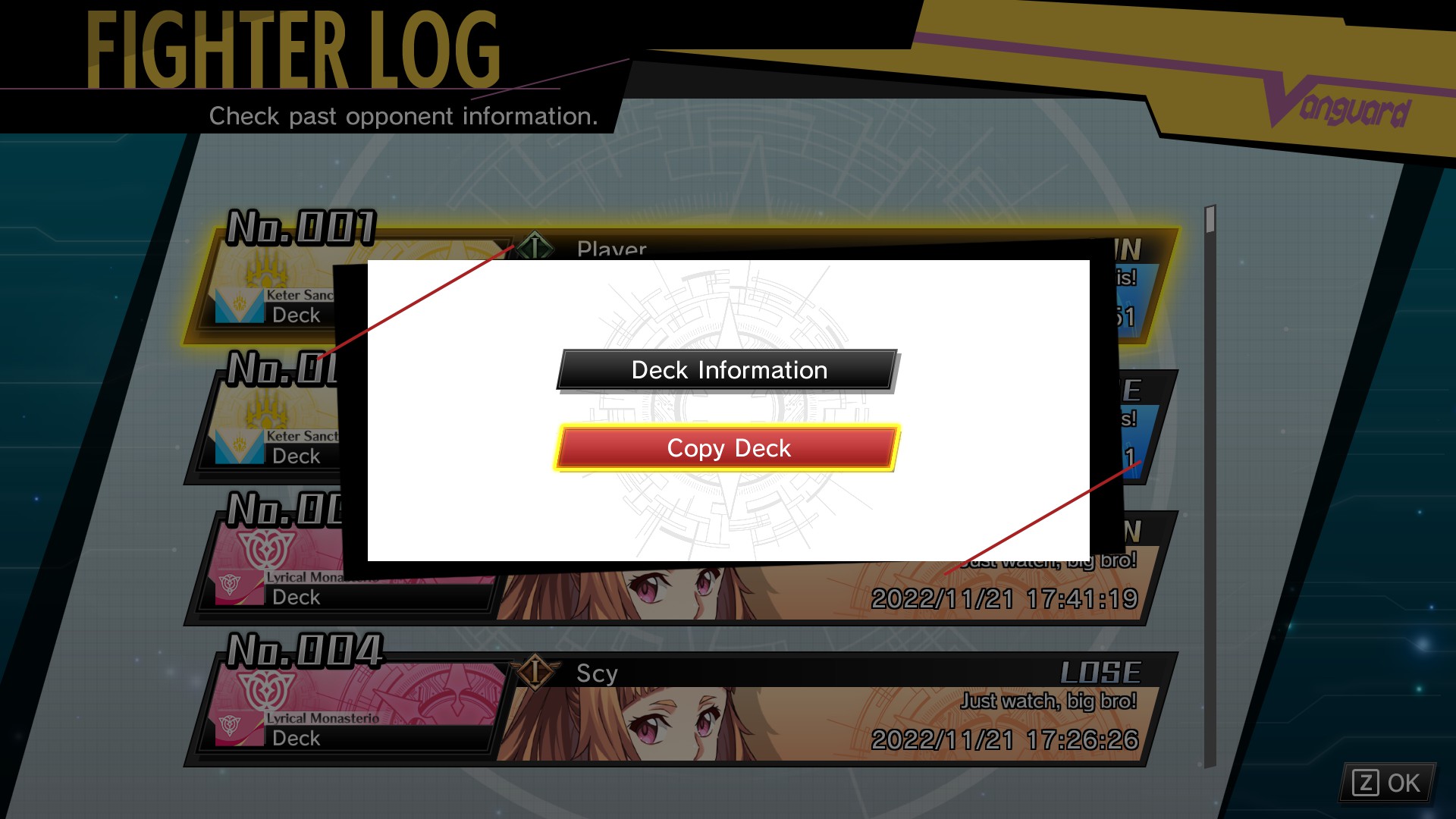 For player deck lists. Go to Fight Menu > Fighter log. Click on a player you have recently matched with. To add their Deck Recipes to your Edit Deck, press Copy Deck. The Deck Recipe copied will be loaded into the first deck slot.

Here are the Deck Lists for each character currently available:

(Note – I haven’t unlocked/bought every recipe, but I will update them as soon as I get them or when someone gives them to me.) 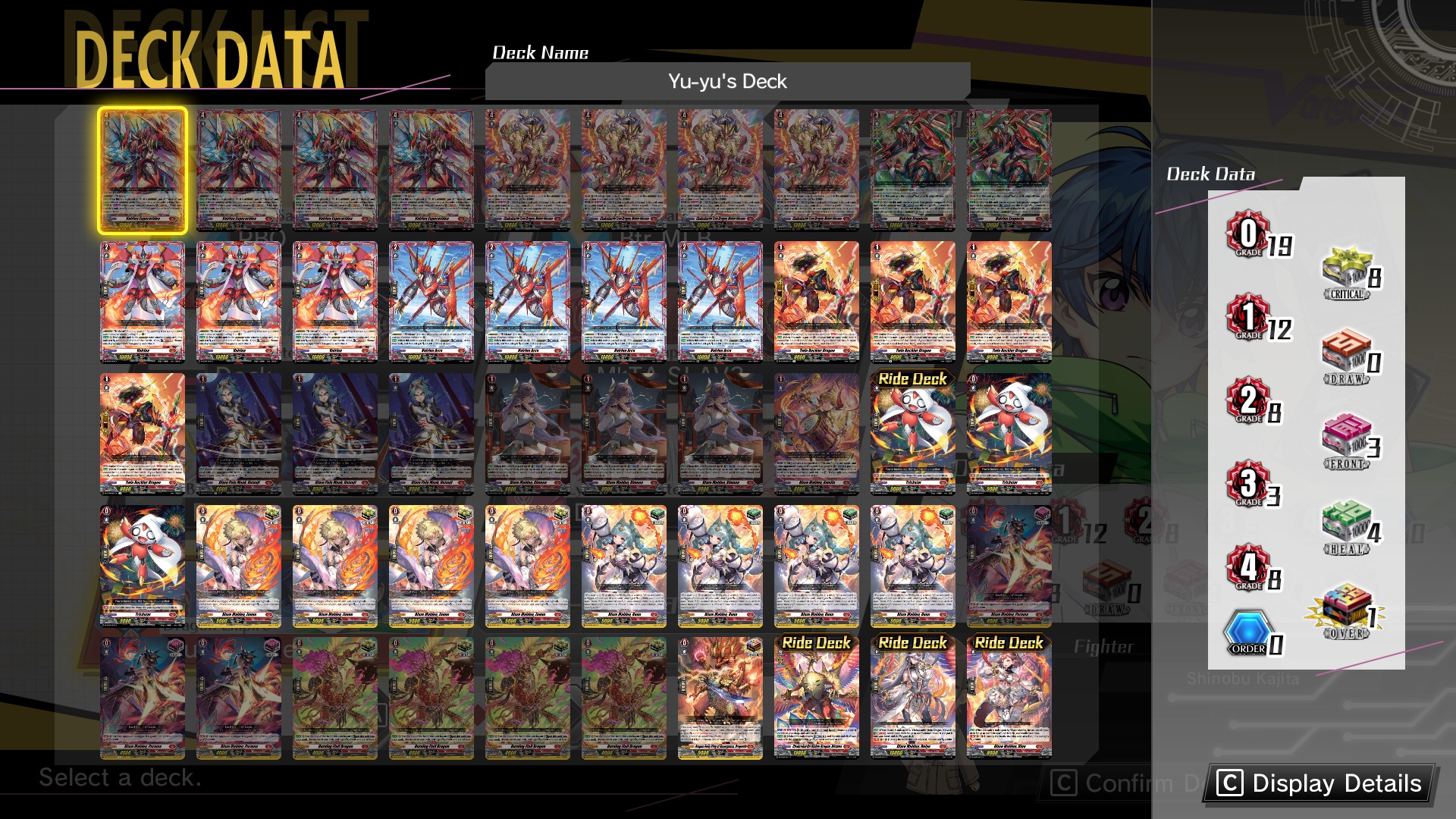 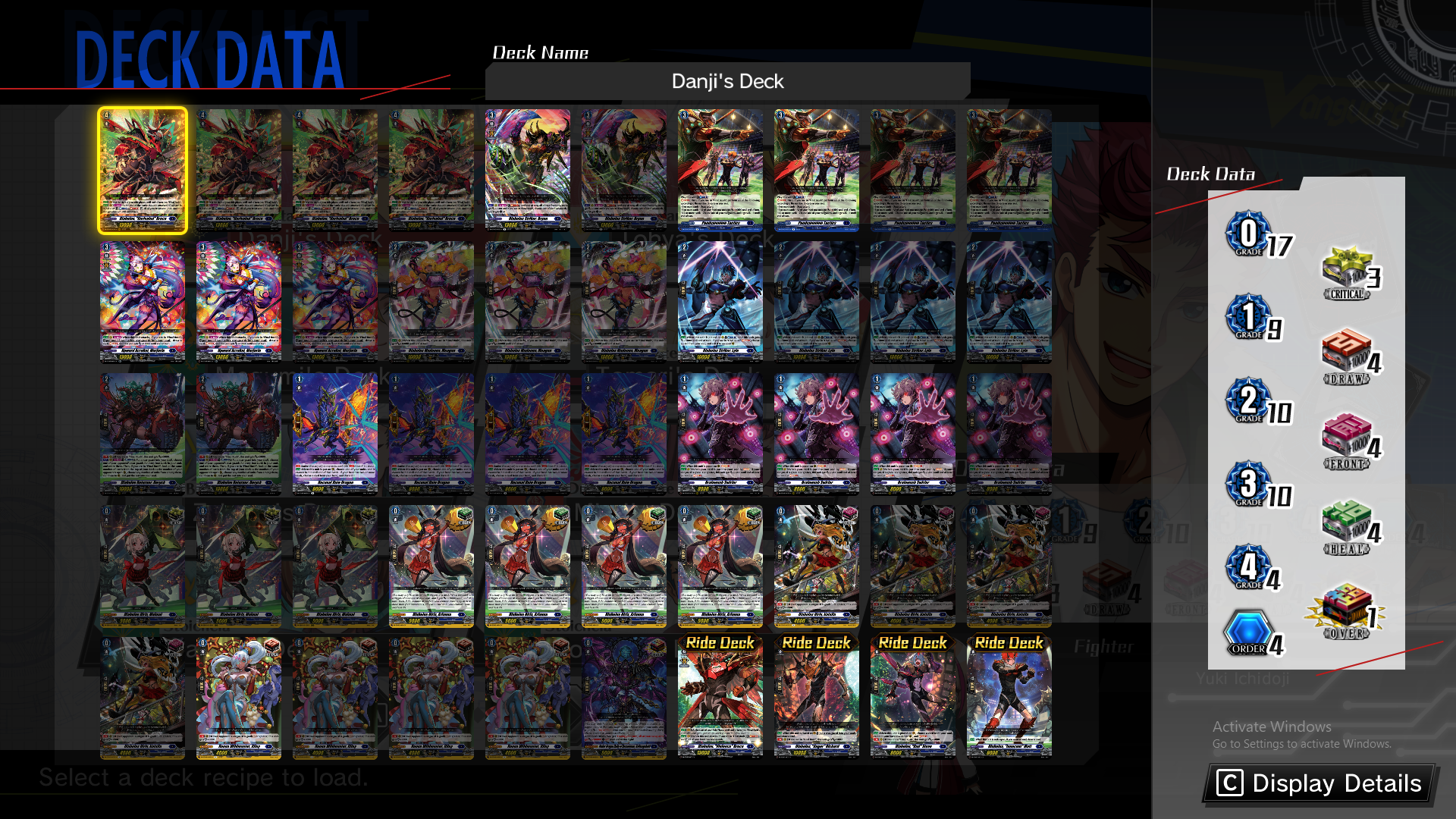 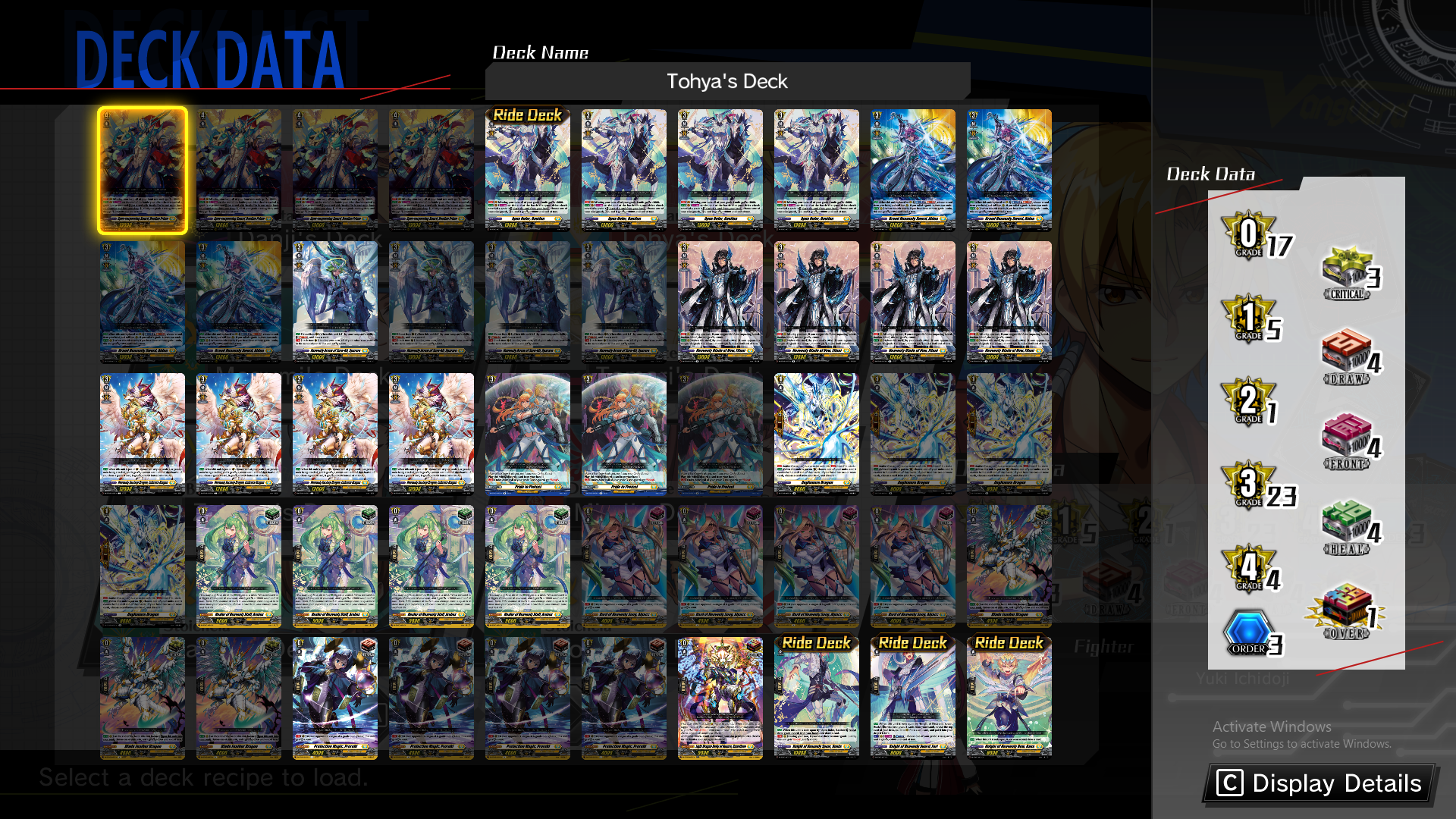 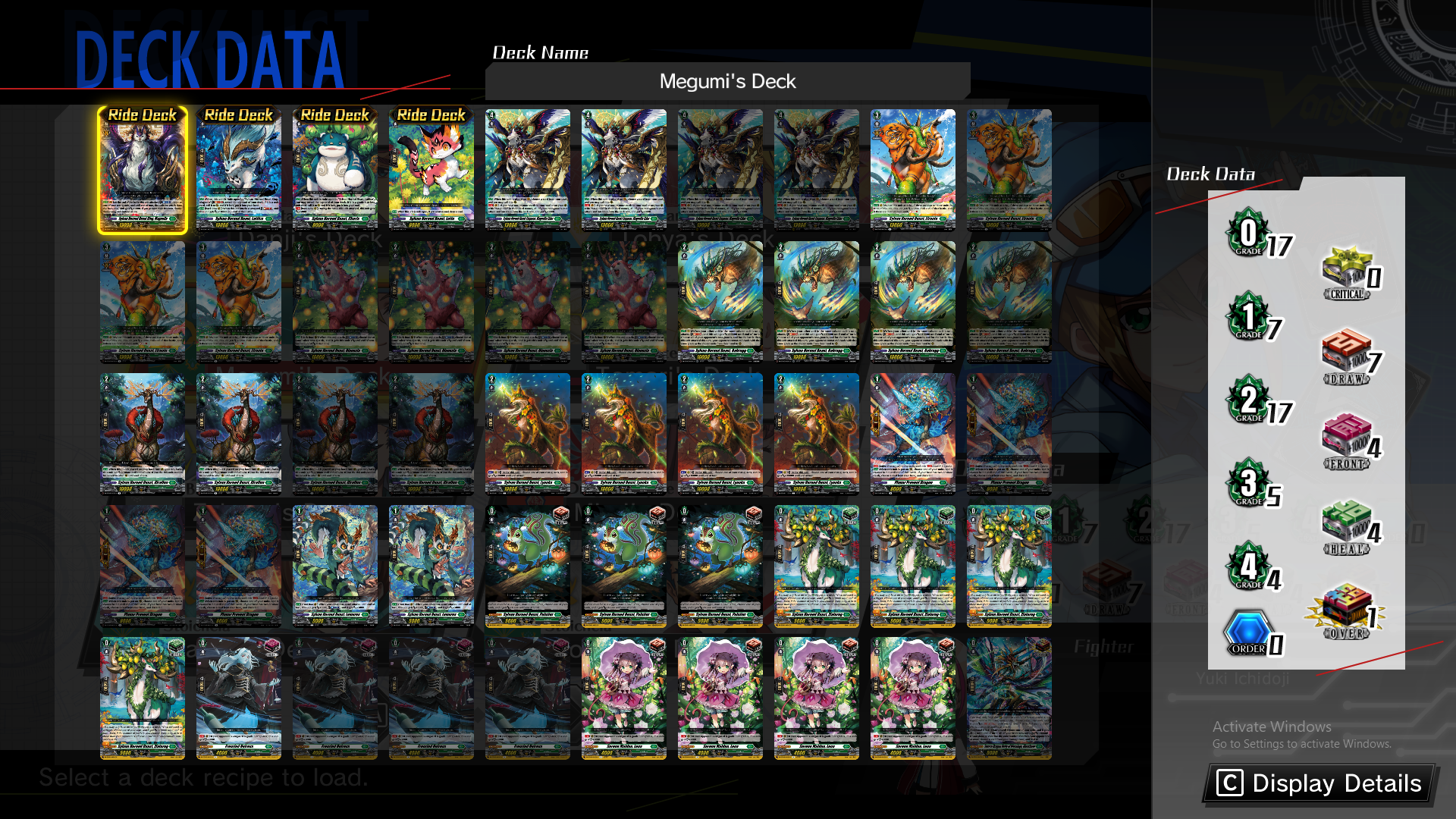 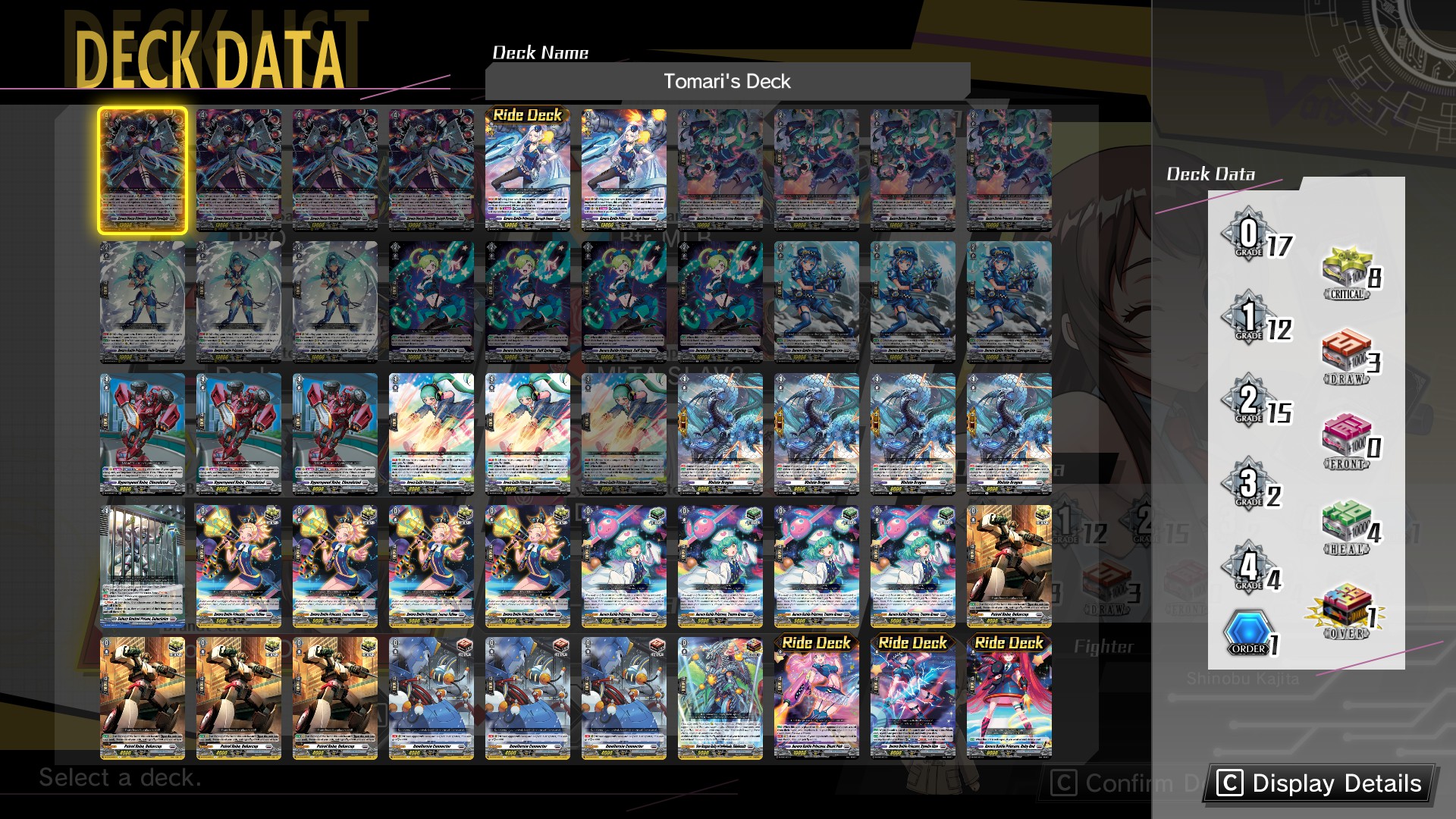 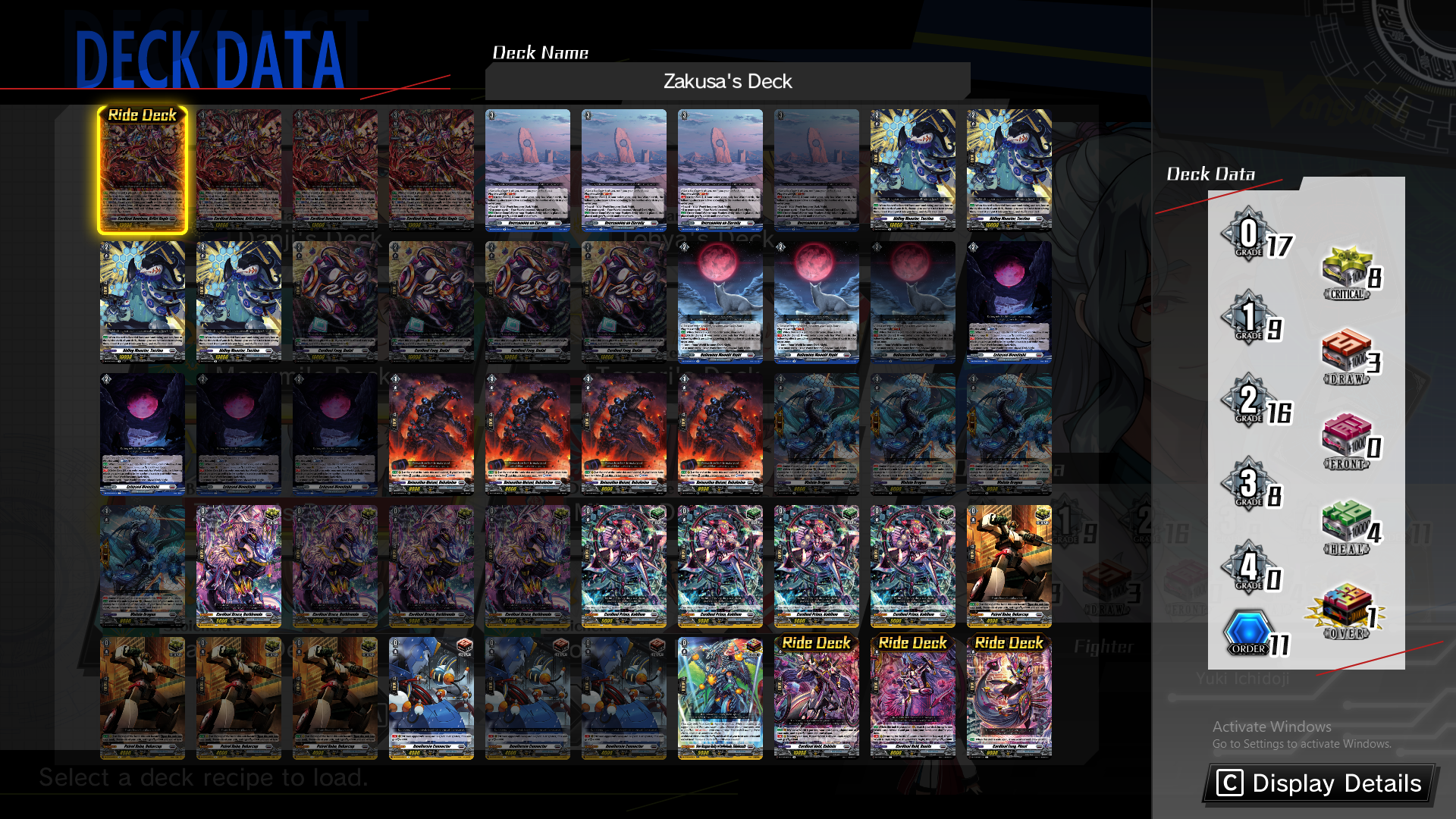 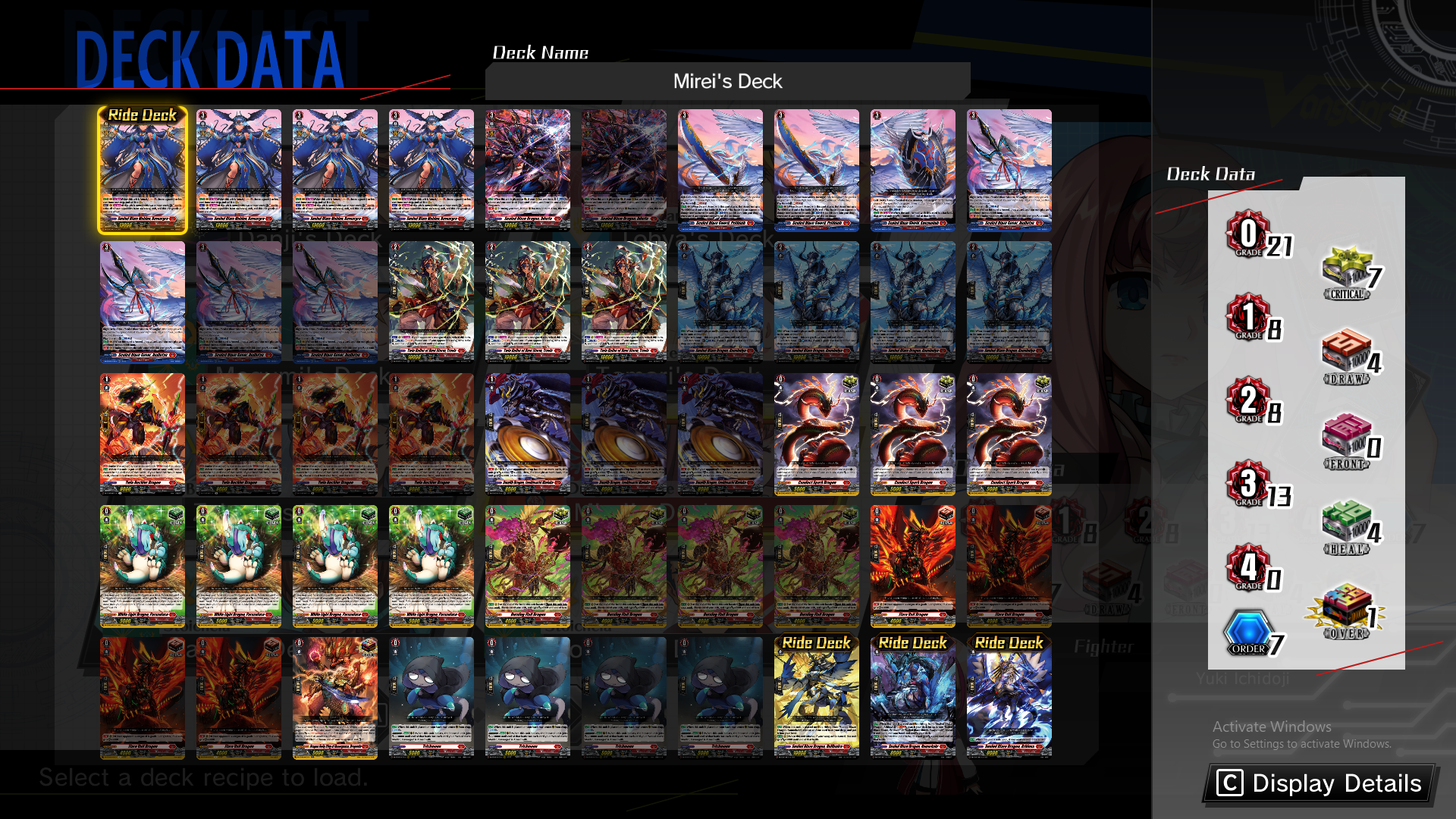 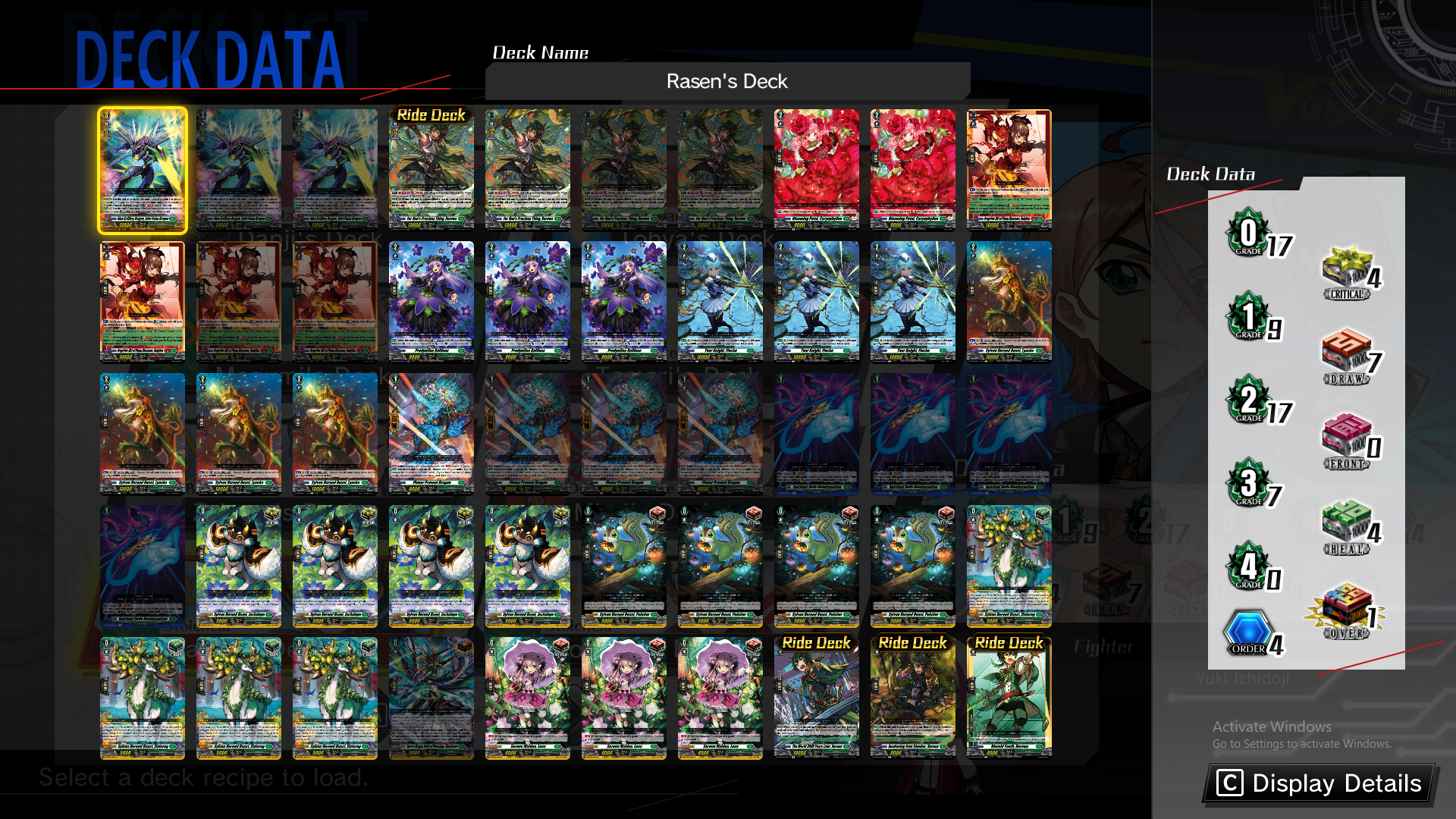 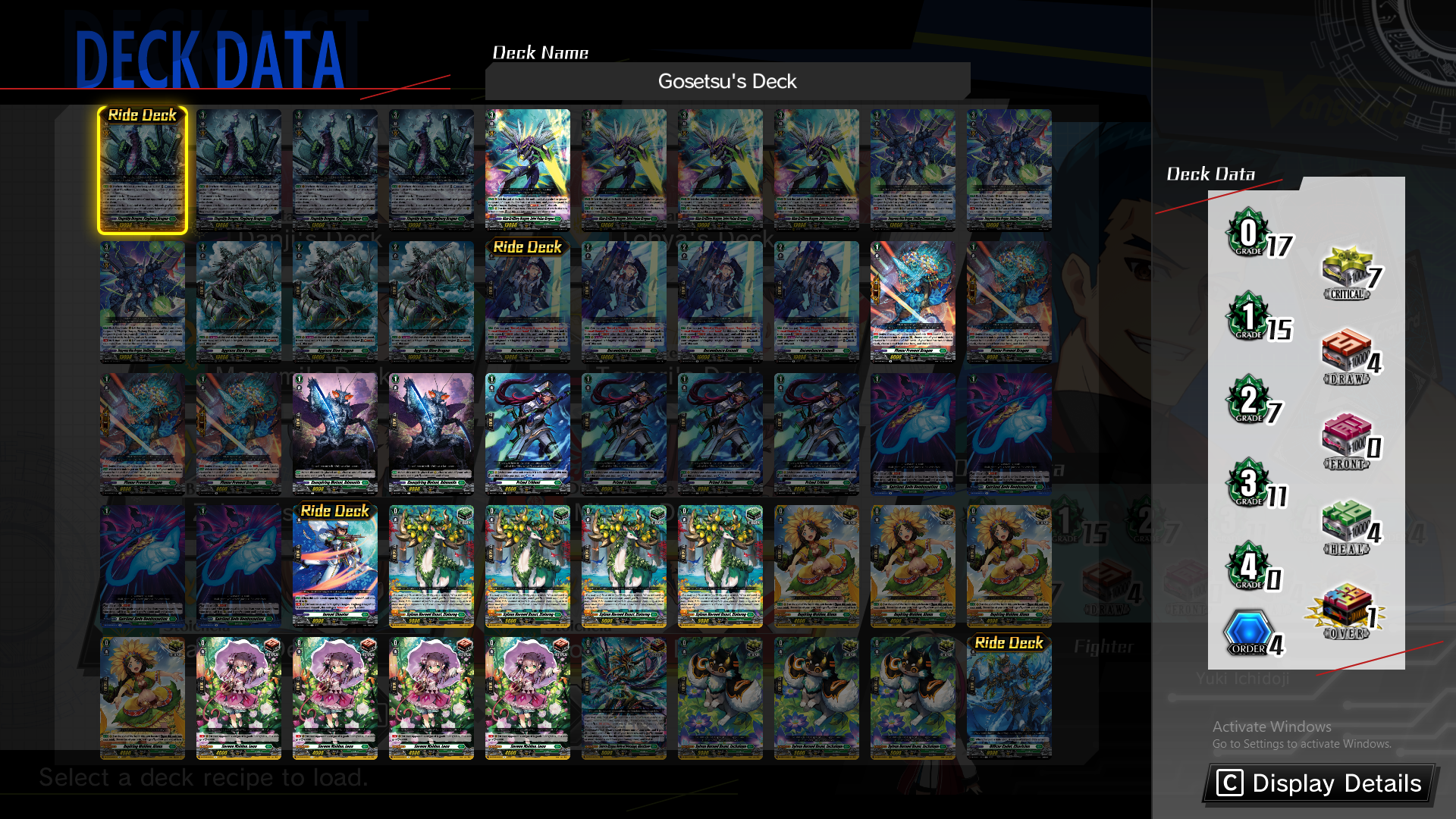 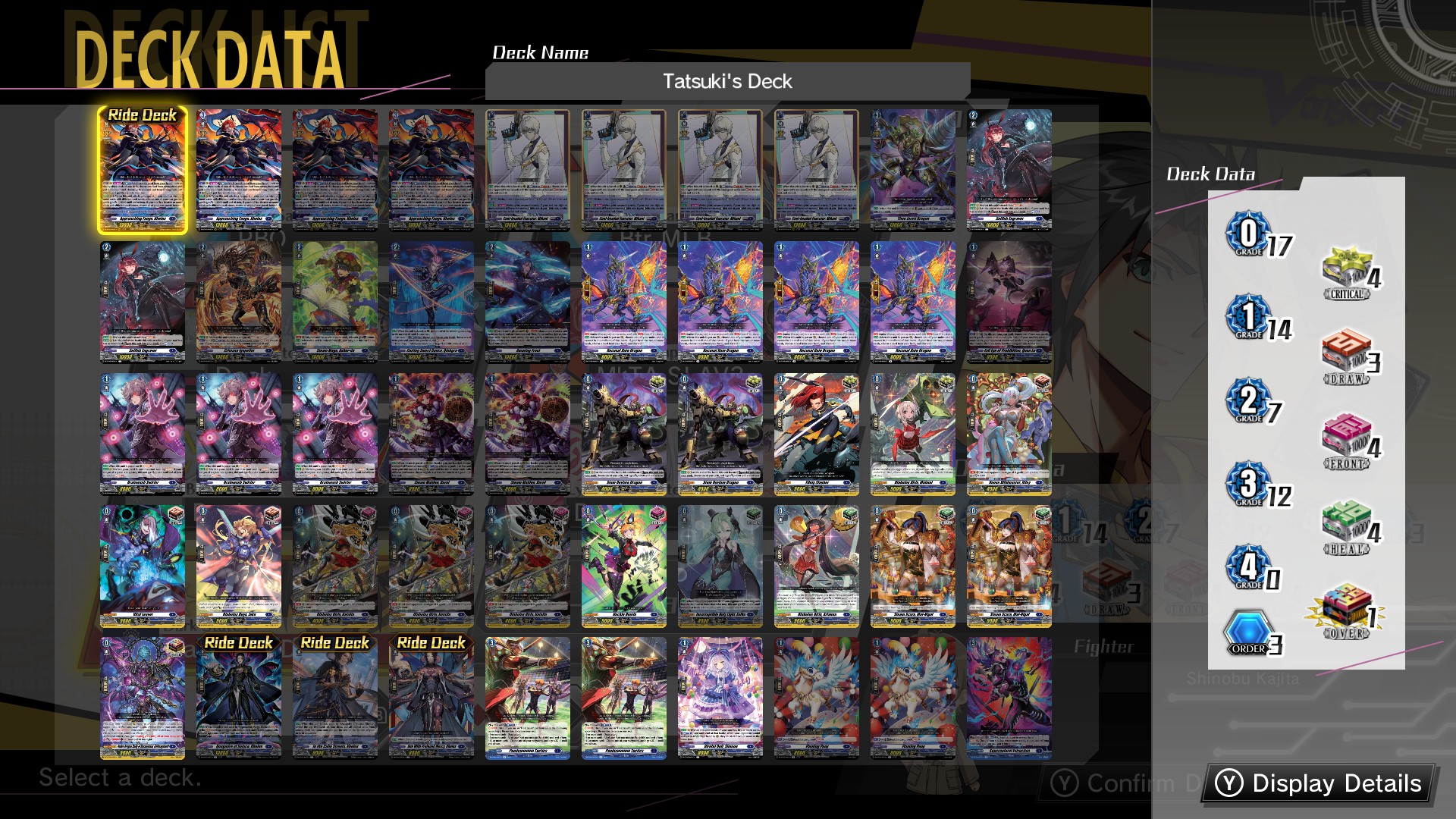 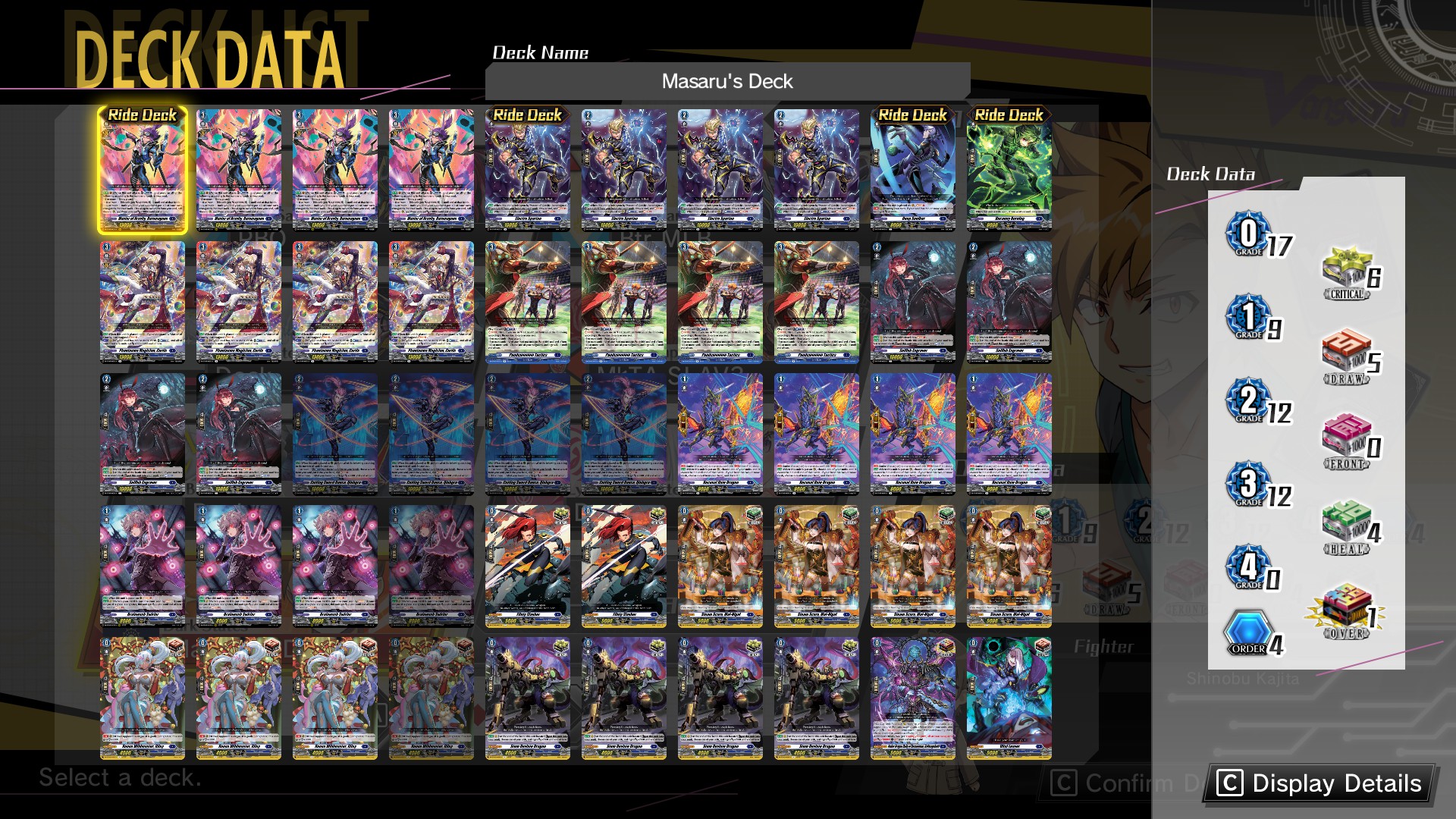 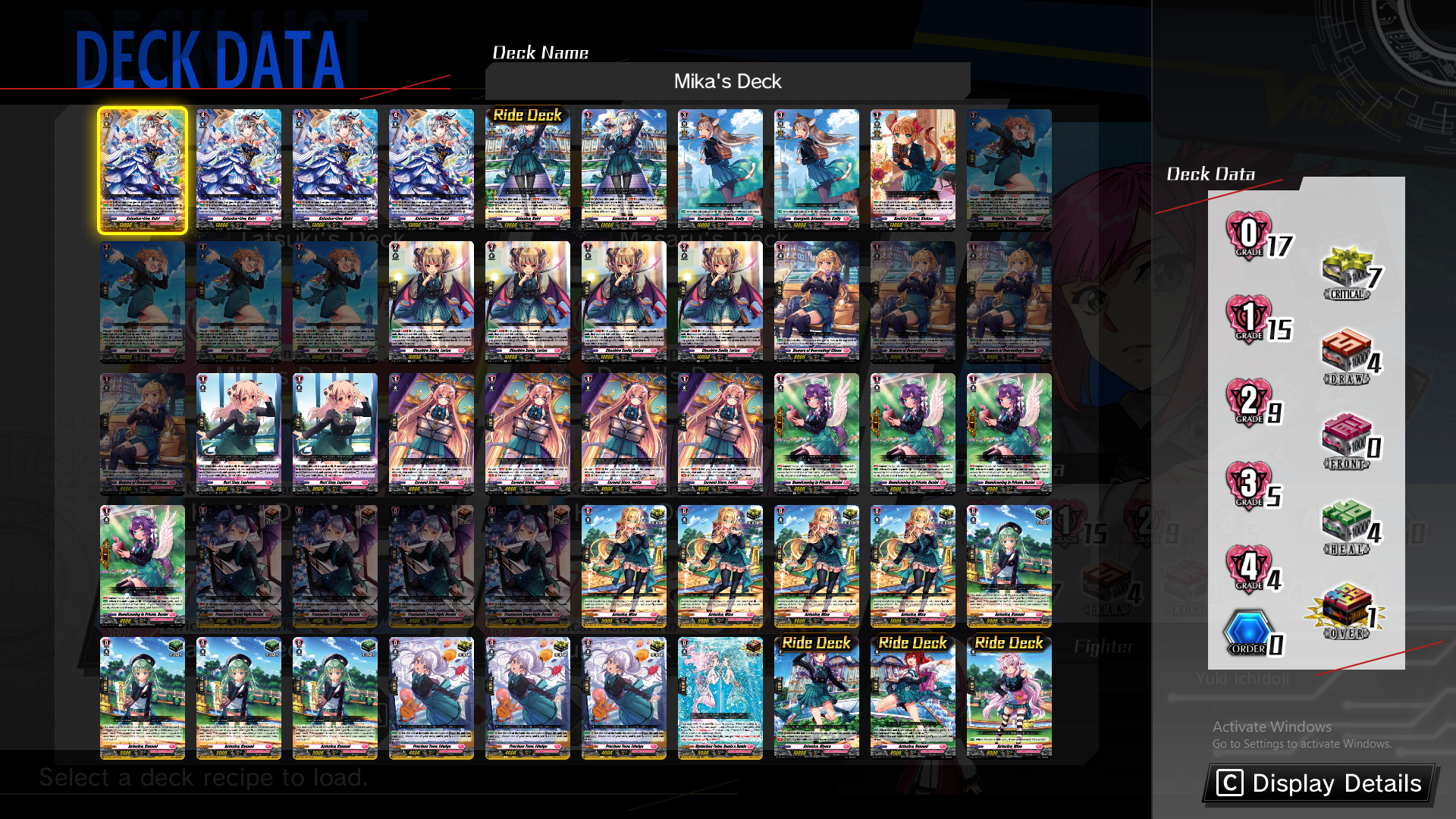 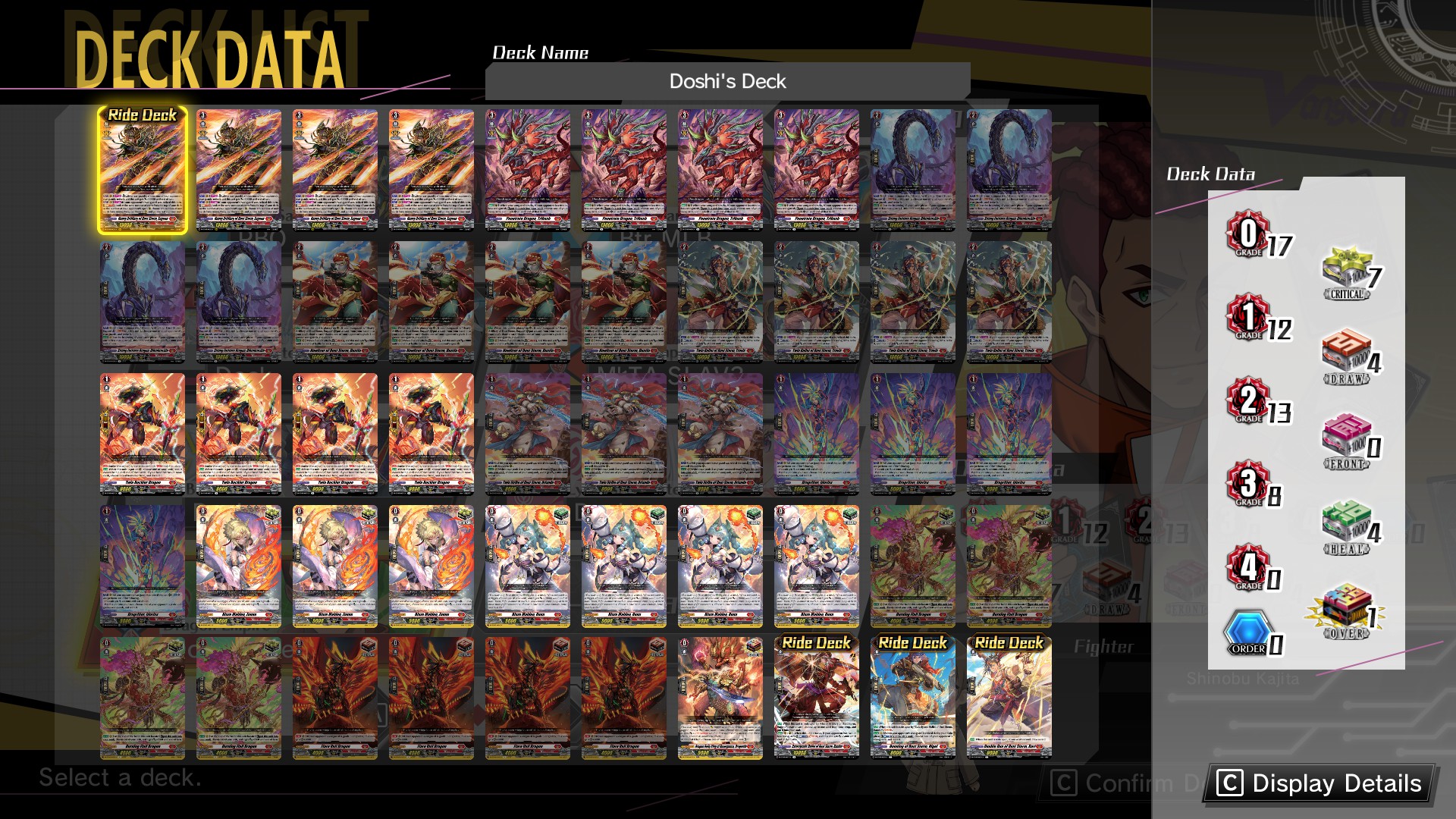 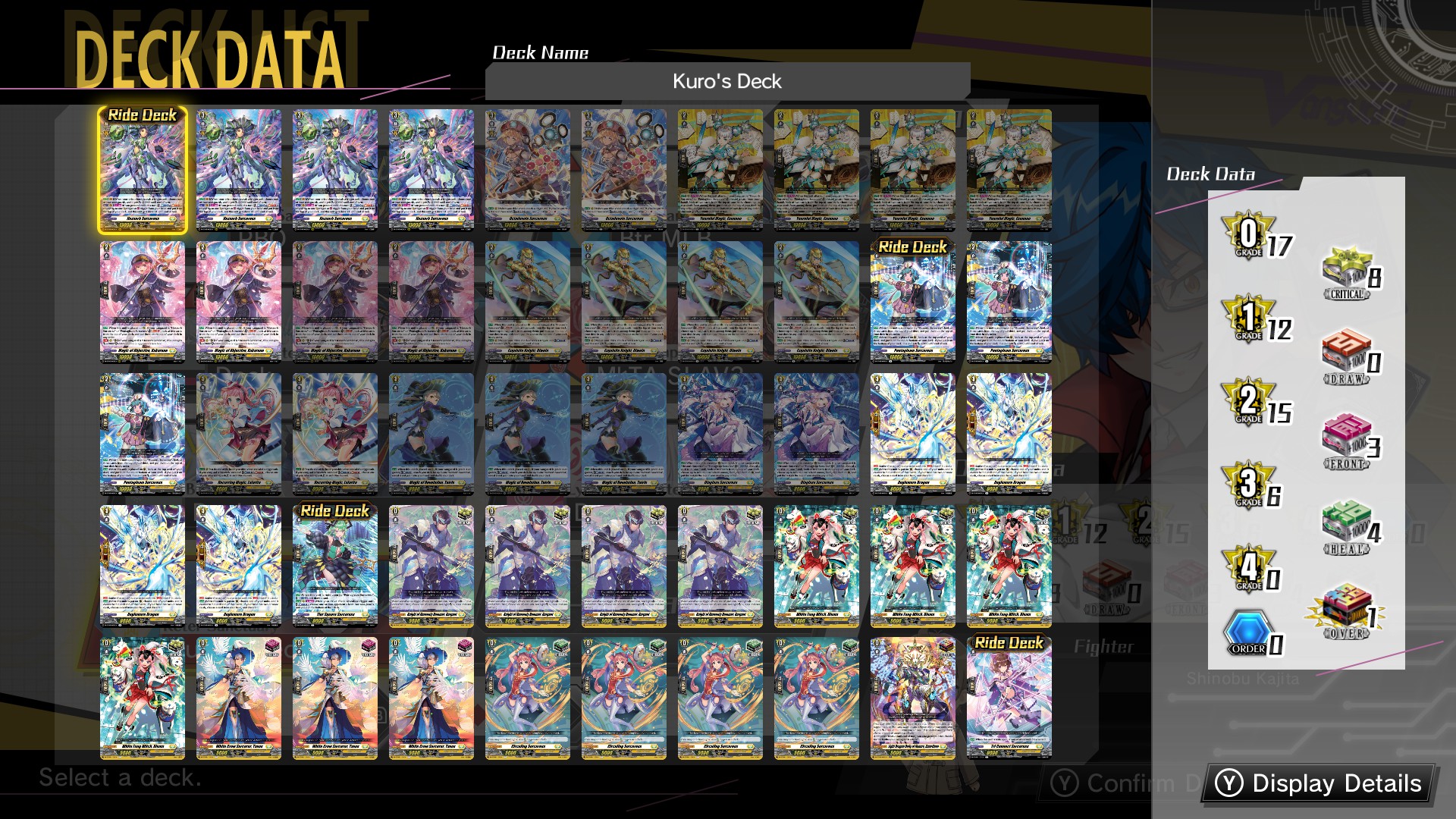 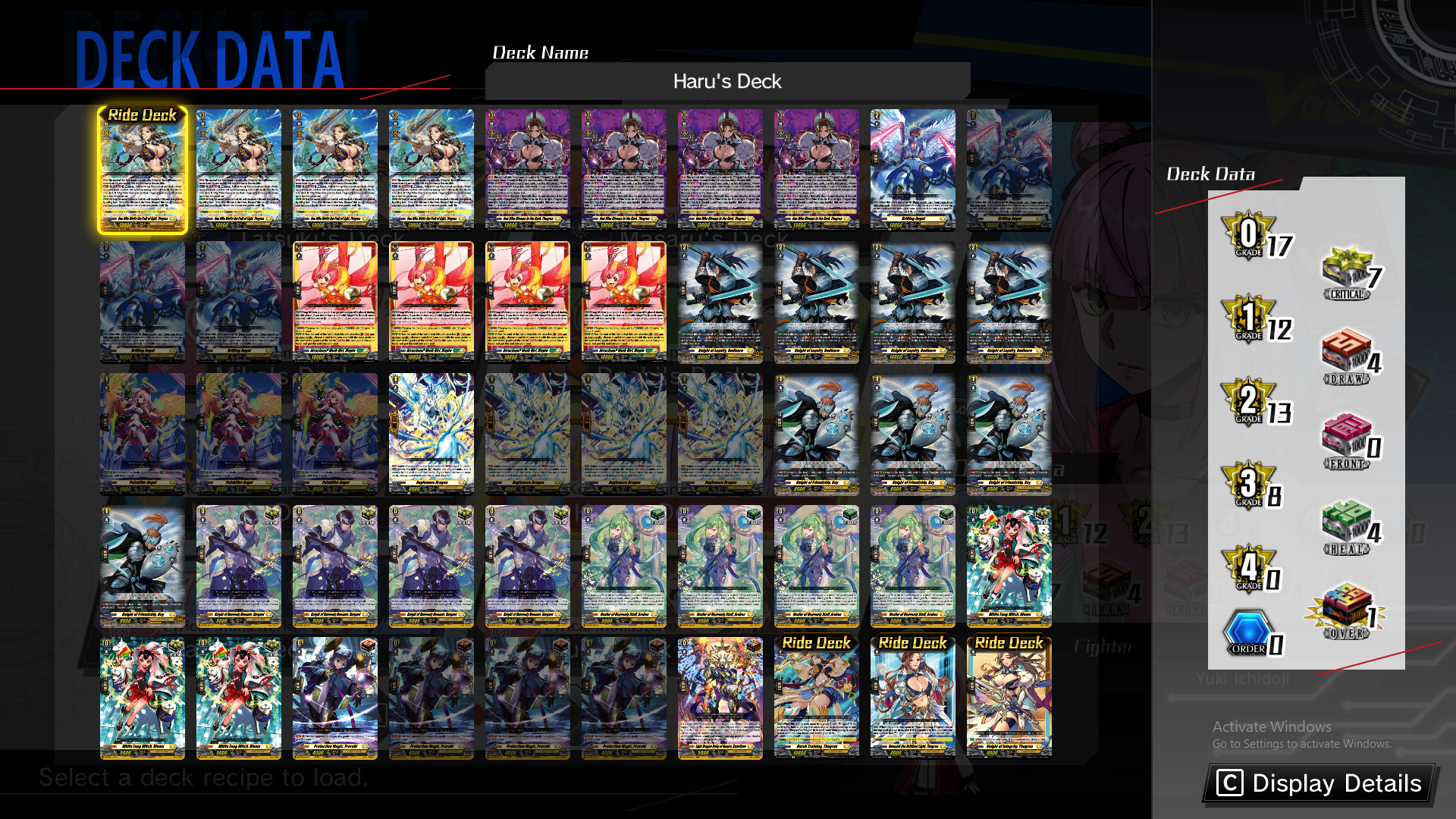 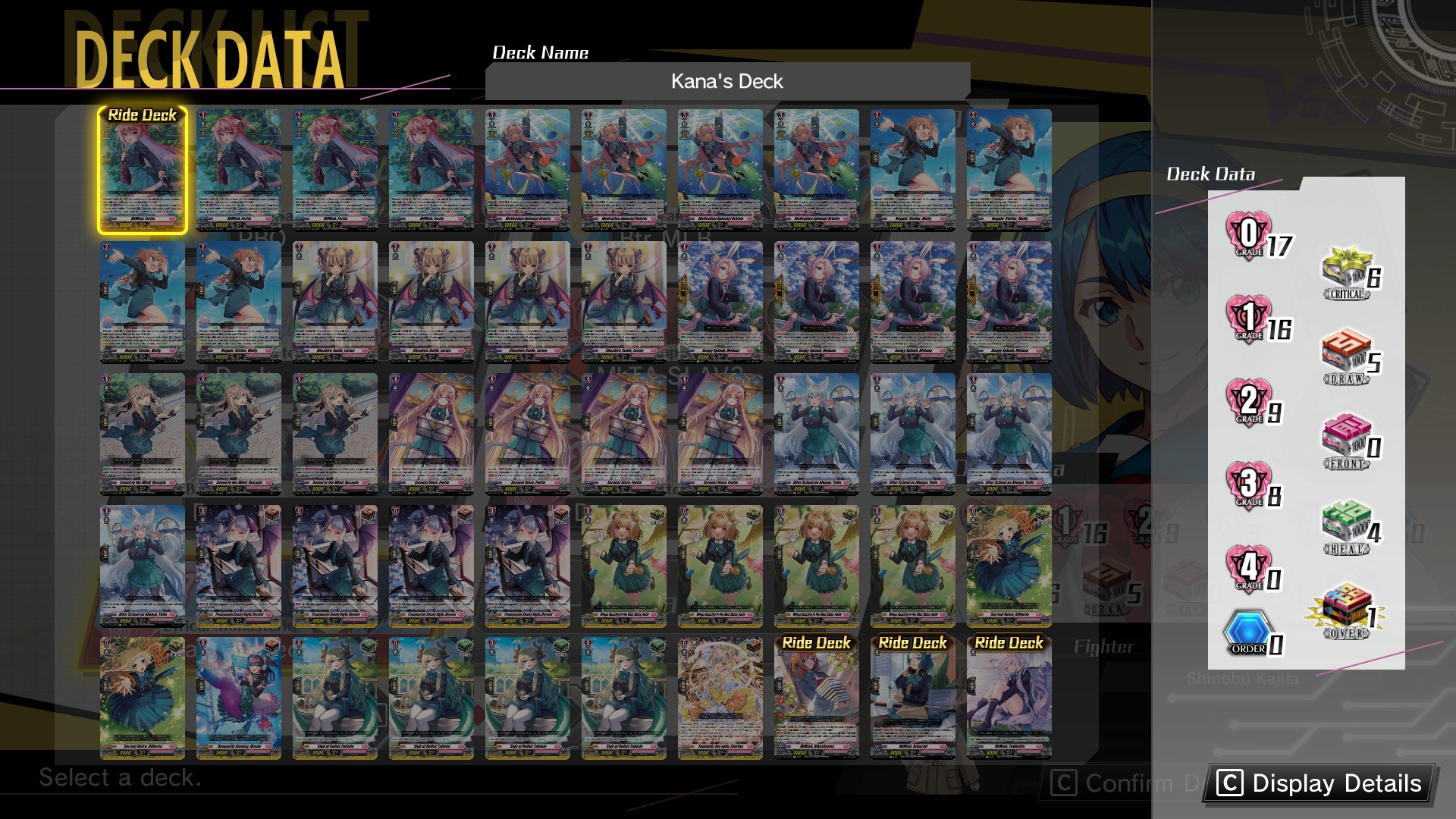 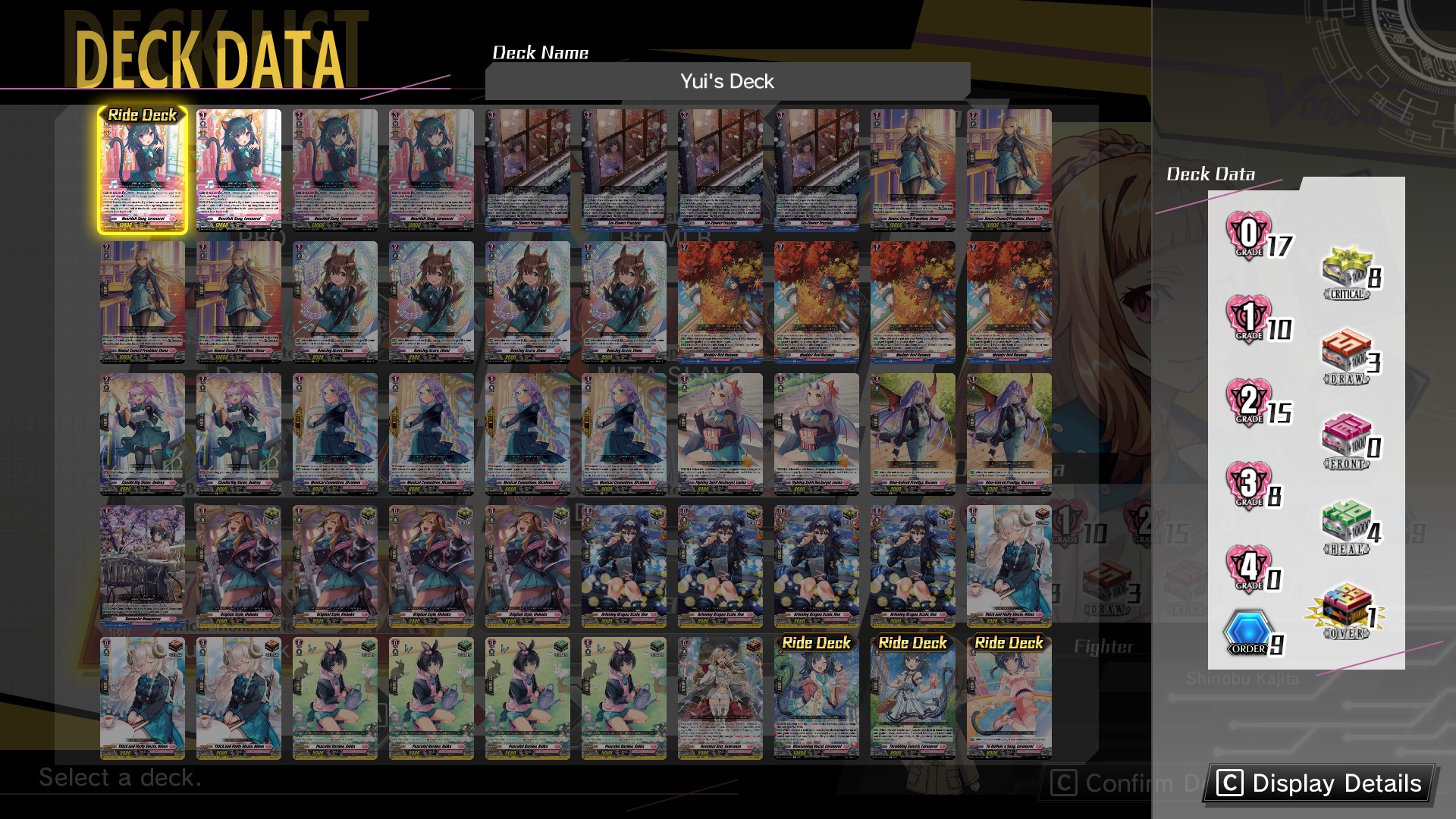 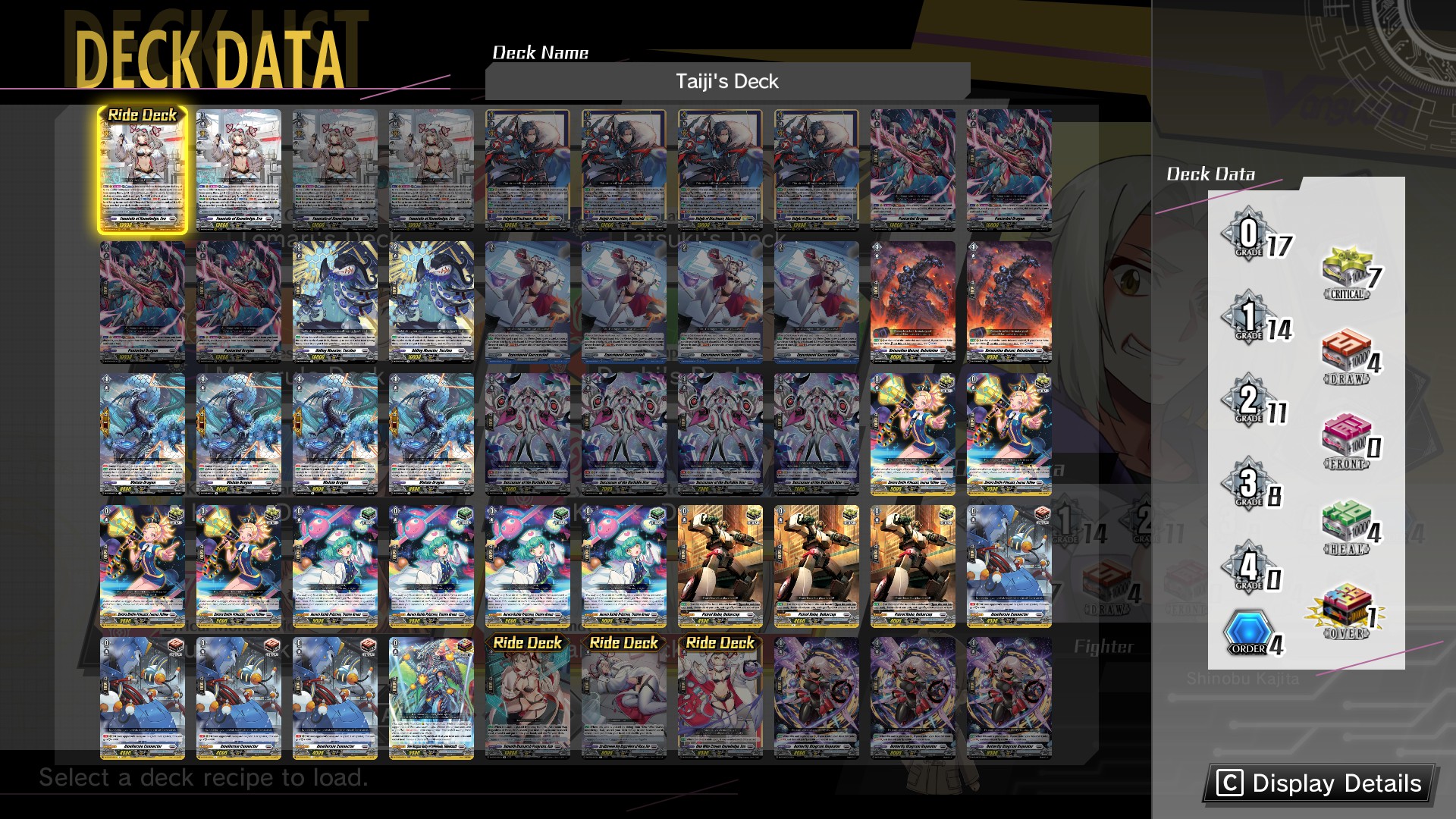 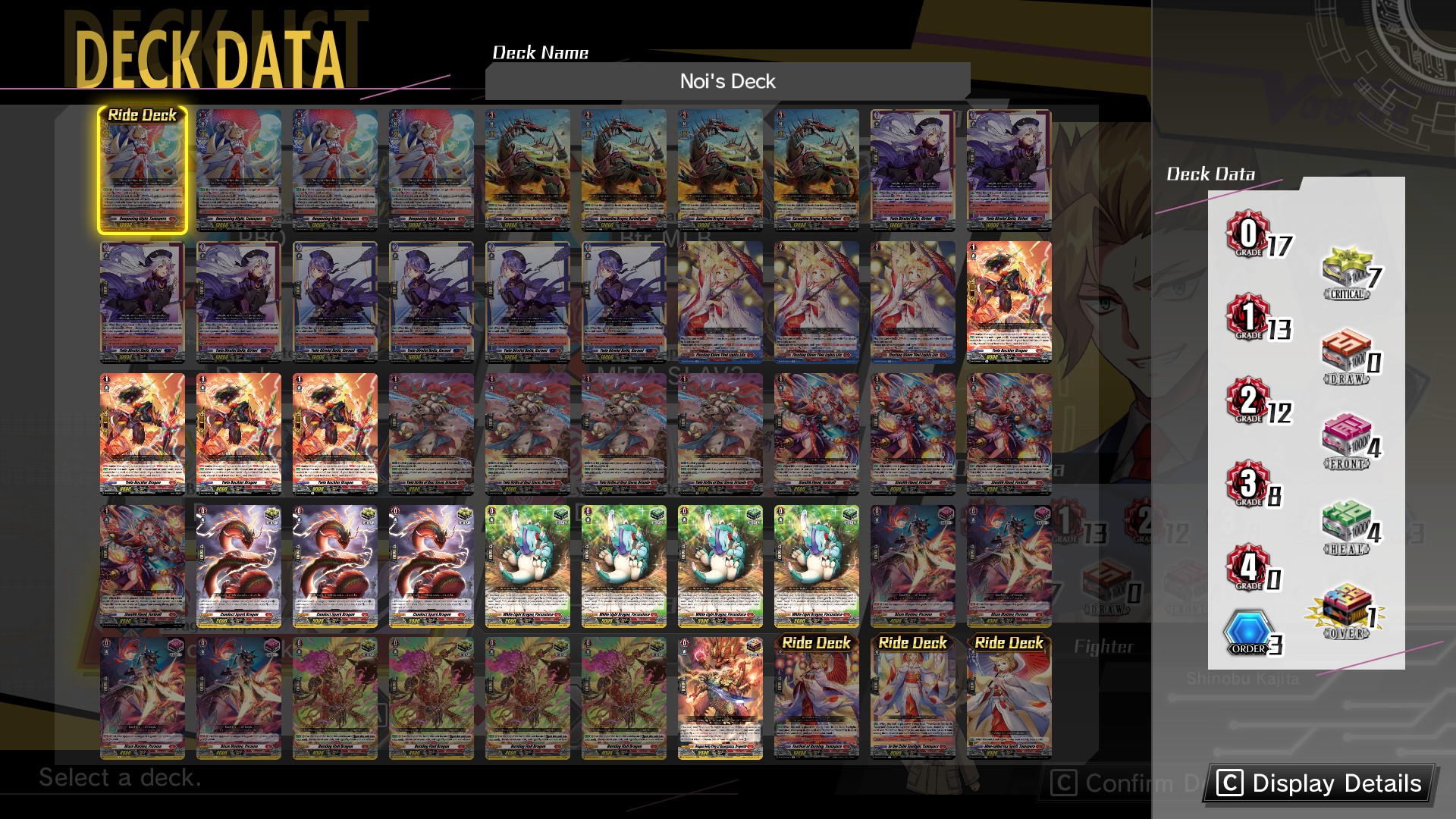 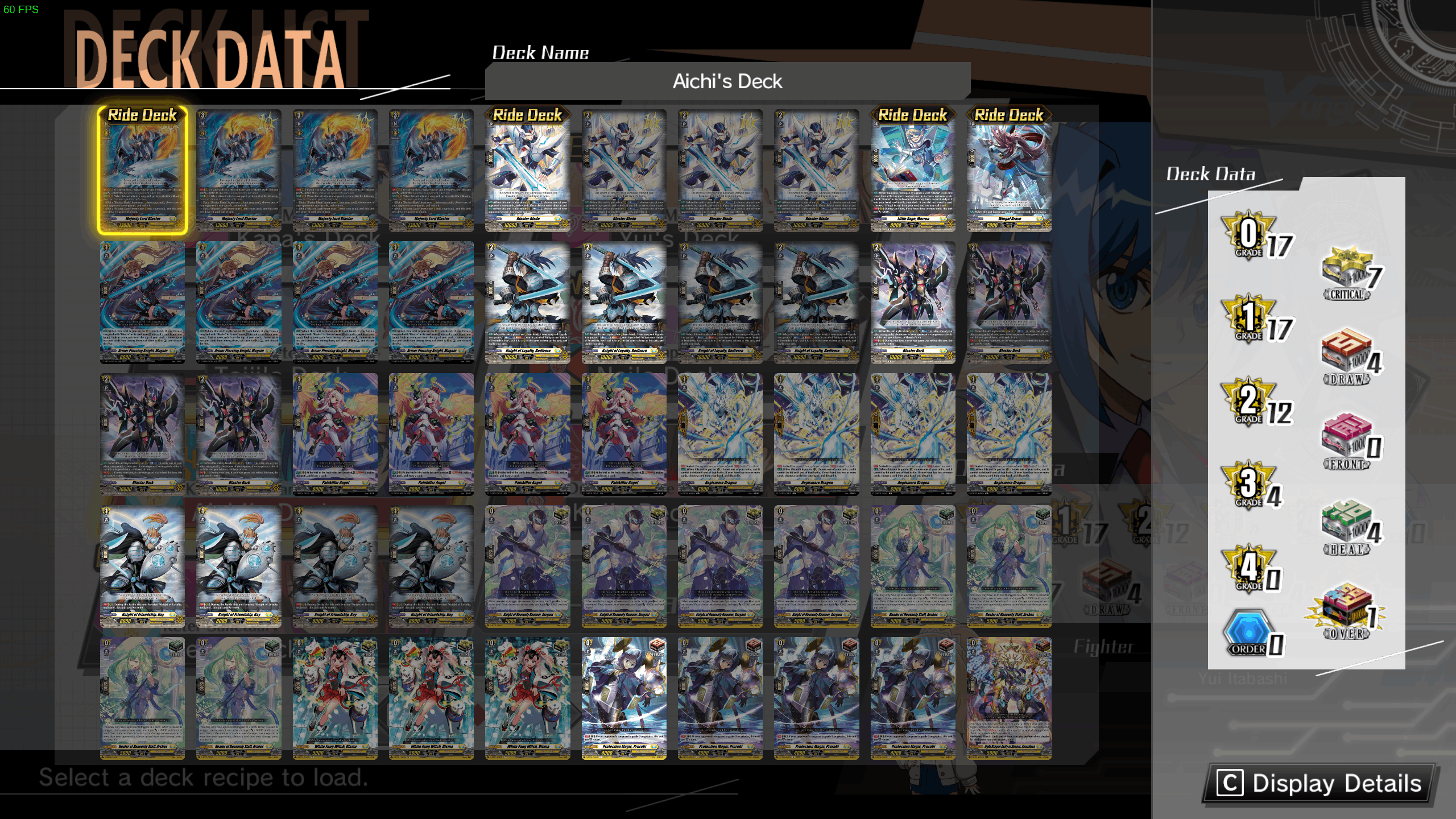 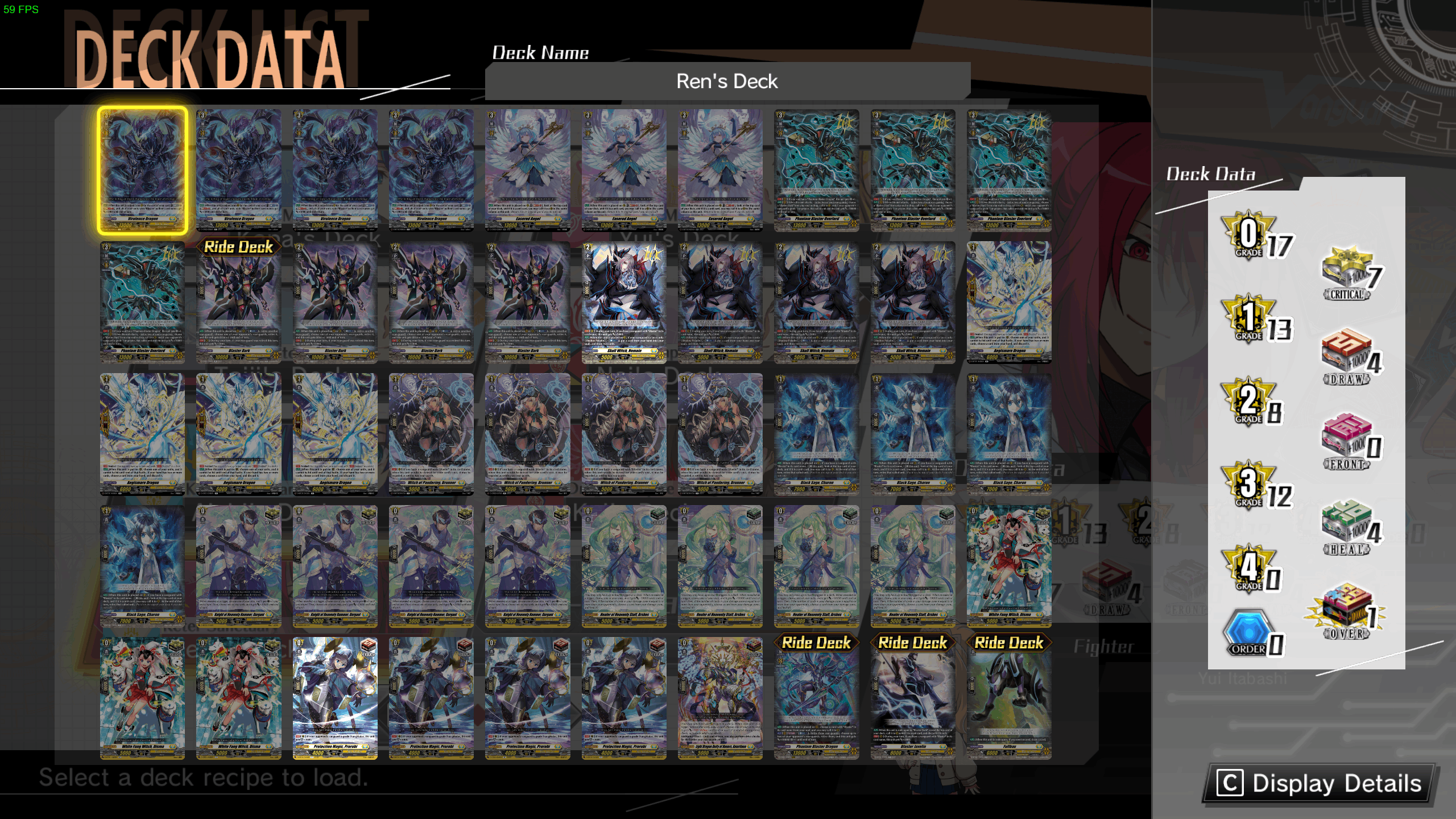 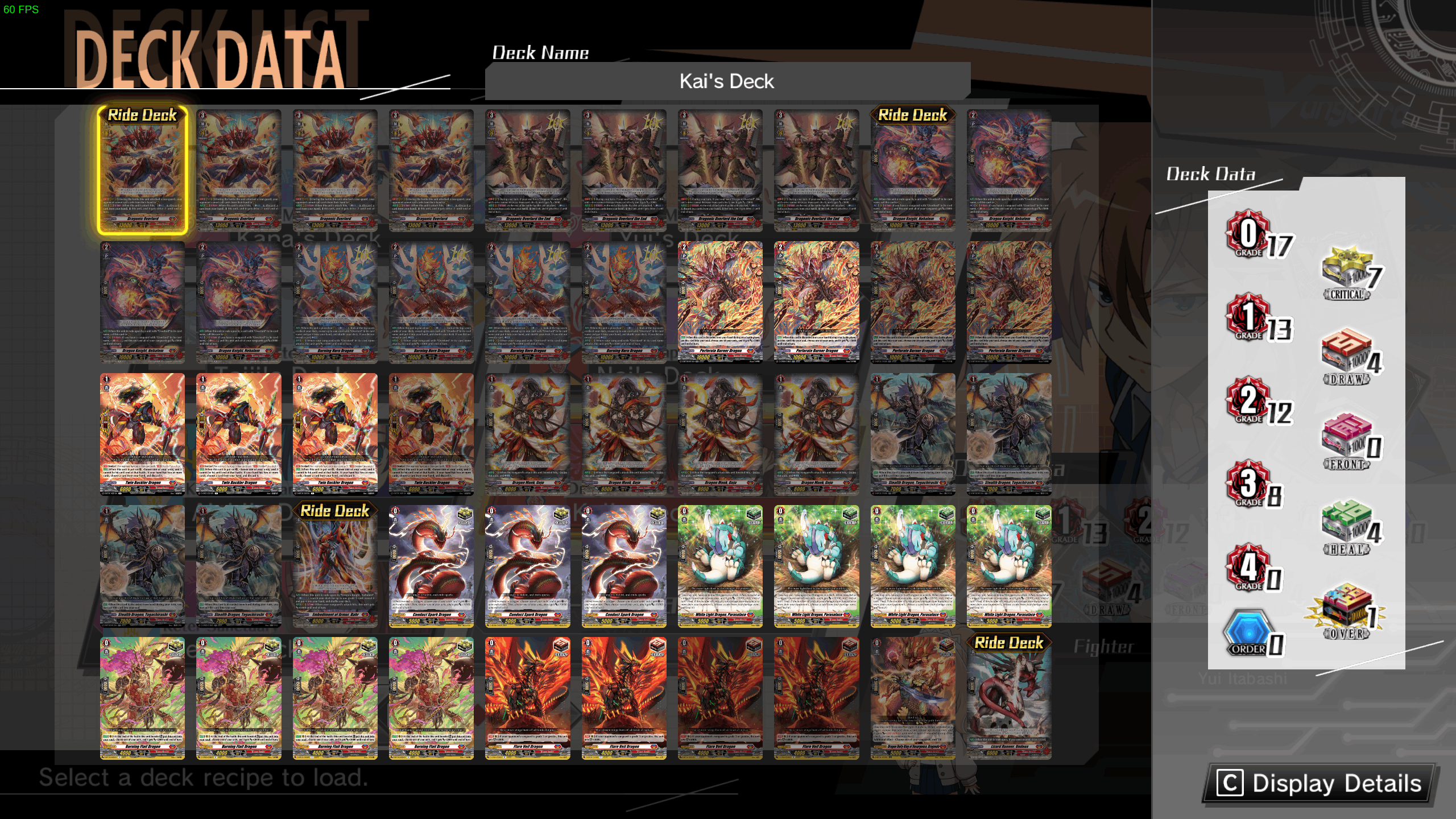 This is all about Cardfight!! Vanguard Dear Days – Customization + Crafting + Player Deck Builds/Recipes; I hope you enjoy reading the Guide! If you feel like we should add more information or we forget/mistake, please let us know via commenting below, and thanks! See you soon!