Myself Mr. Gurusevak A.K.A pix4r i am welcoming you all to my 2nd guide on steam. In this guide i am going to tell you some tricks and tactics, which i have learned through my game experience of World of Warship .

I hope you will enjoy reading you will find something new in it. So lets, start reading without wasting time.

So you want to be World of warship Champion, Huh? Well we can’t blame you and that’s why we have put together some of the best tricks for taking on the oceans.

Enemies will be fierce as will be their firepower, but that’s no reason to back down. When you’re doing battle on the high seas, follow these tips and you’re sure to win often and level up faster.

World of Warship can be tough, so take your time and follow our advice and victory is sure to follow.

An eye on the horizon 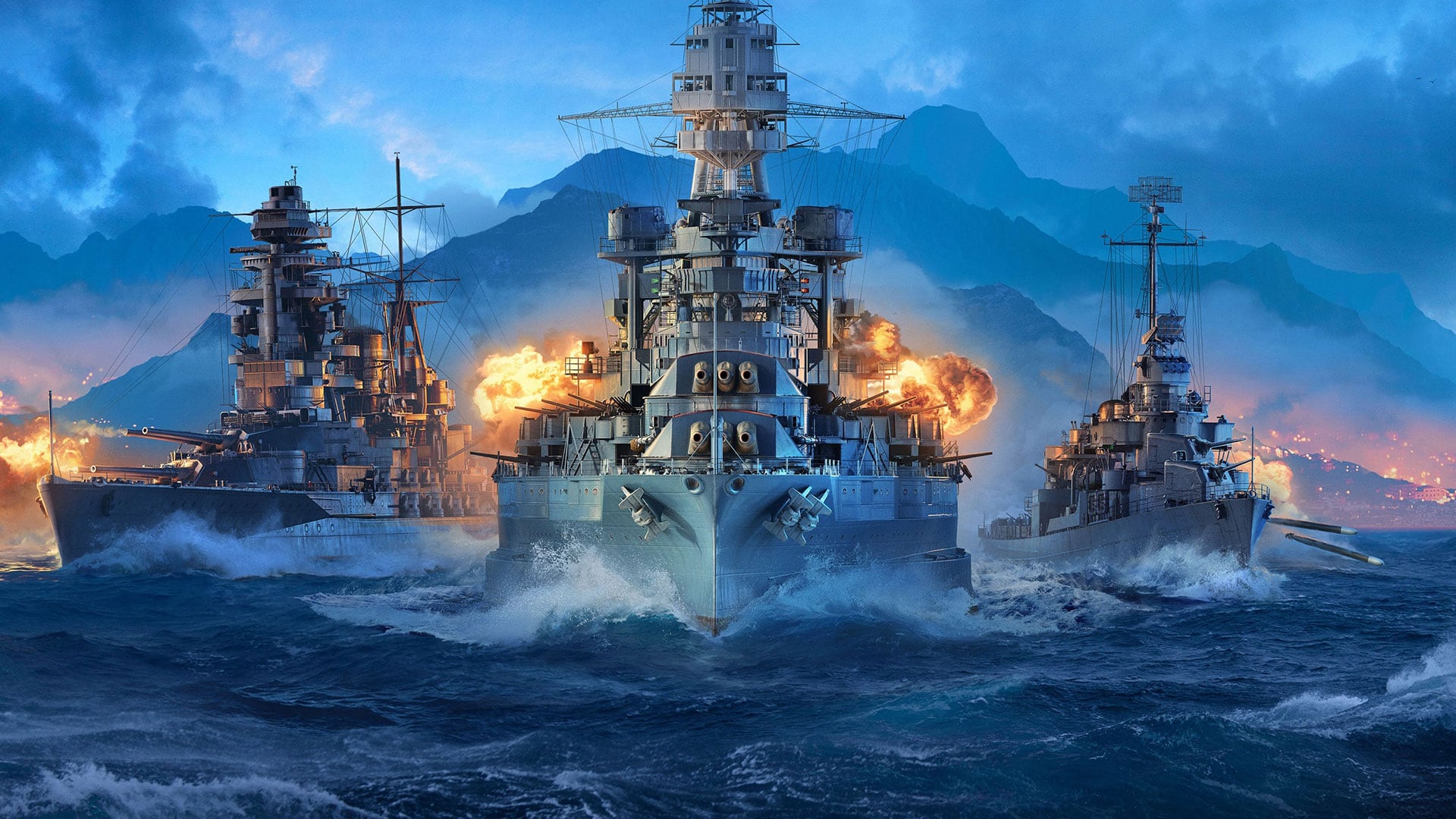 Knowing were your enemies are coming from is a key tactic, Of course, as such rushing in at the start of a battle isn’t the best idea.

Instead, go slow, half speed and slowly crawl behind your allies while picking down any enemies that stray to far from the pack. Sticking together and focusing fire while help your clear out enemies and survive for longer. 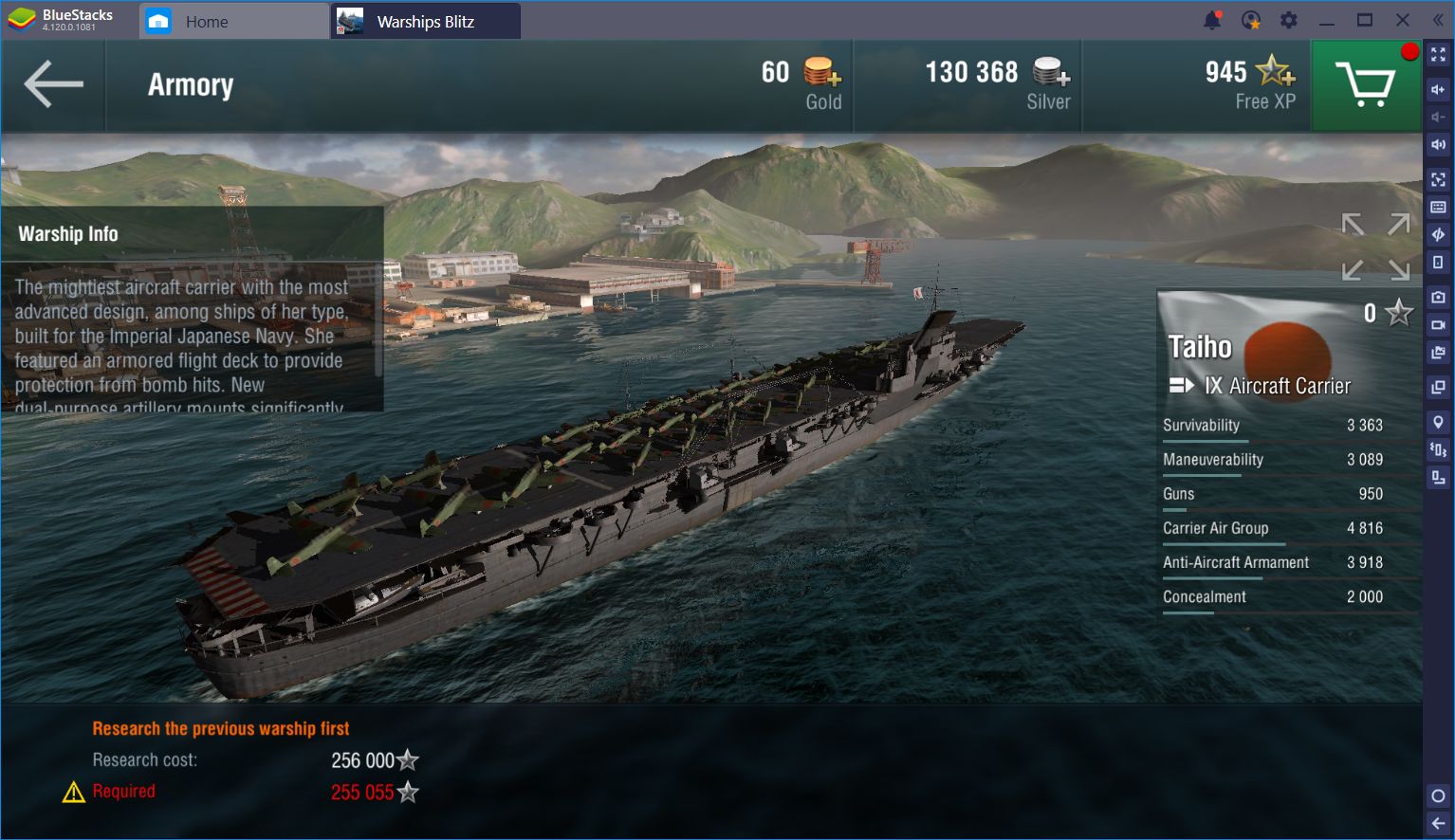 Once you see an enemy on the horizon it’s time to fight, but battle from a distance can be a struggle. Your bullets will drop over time and speedy ship can out moved your fire. Take note of the speeds and aim where the ship will be, Instead of where they are.

Being at a distance yourself should hopefully make it easier to avoid incoming enemy fire. 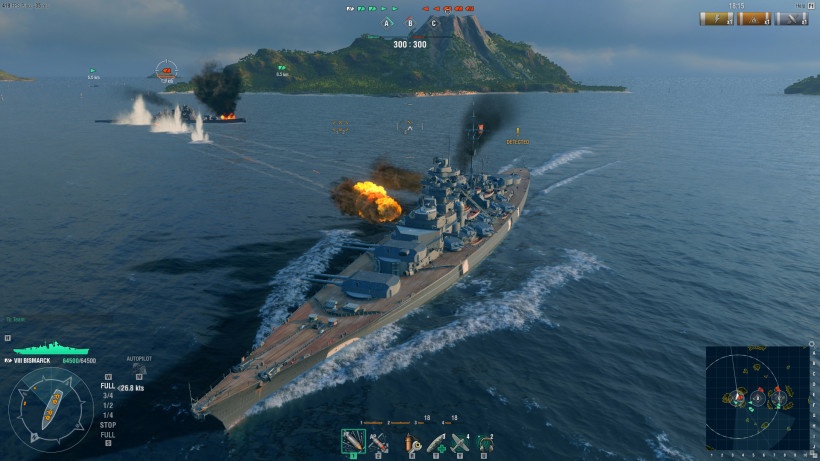 The cannons on your ship are directional, meaning you won’t be able to do as much damage aiming your bow (The Front) at an enemy as you would your side to them.

To do the most damage, have the side of your ship facing the enemy and fire off both your main and secondary guns, alternating between the two often whenever enemies are in range. Secondary guns don’t have as much range, So keep that in mind.

All of the targets on your screen are a gun, When it’s black it can’t aim in that direction. Orange is reloading and a more pale yellow color means you’re ready to fire. Double tap to fire all artillery and do as much damage as possible. 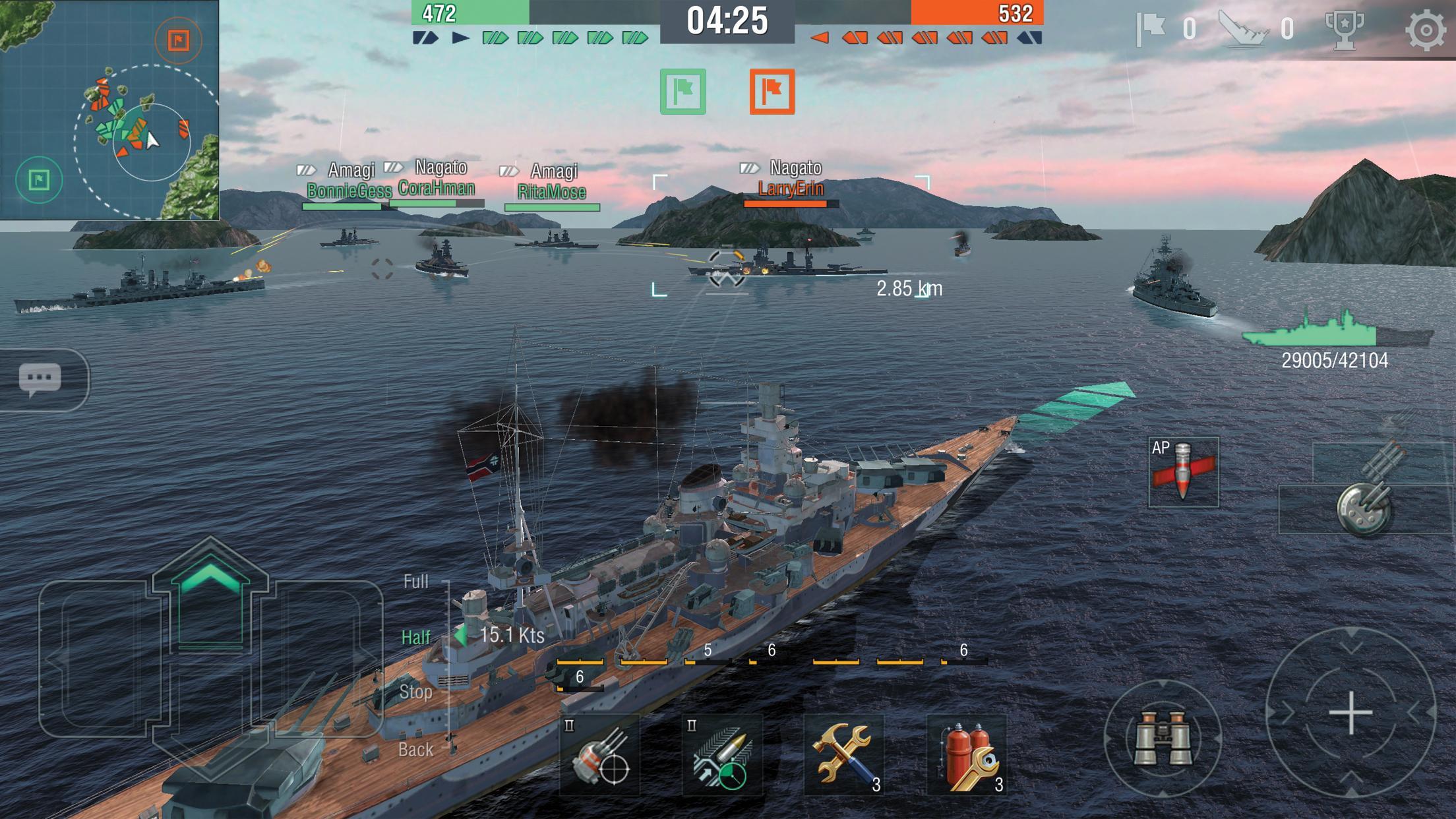 Use the environment to your advantage such as islands and rocks formations can provide good cover from enemy fire and are best used when in a pinch.

if you want to play the long game for as long as possible, saddle up near rocks and emerge and reverse back near it as necessary to fire on enemies and avoid fire yourself. 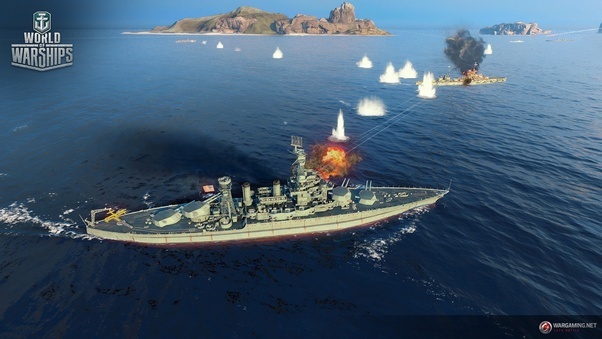 Your ship can move backwards, But it’s not exactly a sprightly pace. Moving forward is best for evasion and depending on where an enemy is firing from, might be the best way to avoid fire. As we have discussed, distance and bullet drop make shooting difficult from afar.

Try to never let yourself have enemies on both sides of you and man-oeuvre in the water so you always are aware of where enemies are. Of course, the map helps with this too.

I hope you enjoy the Guide we share about World of Warships – Tricks and Tactics; if you think we forget to add or we should add more information, please let us know via commenting below! See you soon!