Up to 6 players, no direct units control. The player chooses the composition of his own attacking army in waves. One of two teams that destroys the enemy base wins. 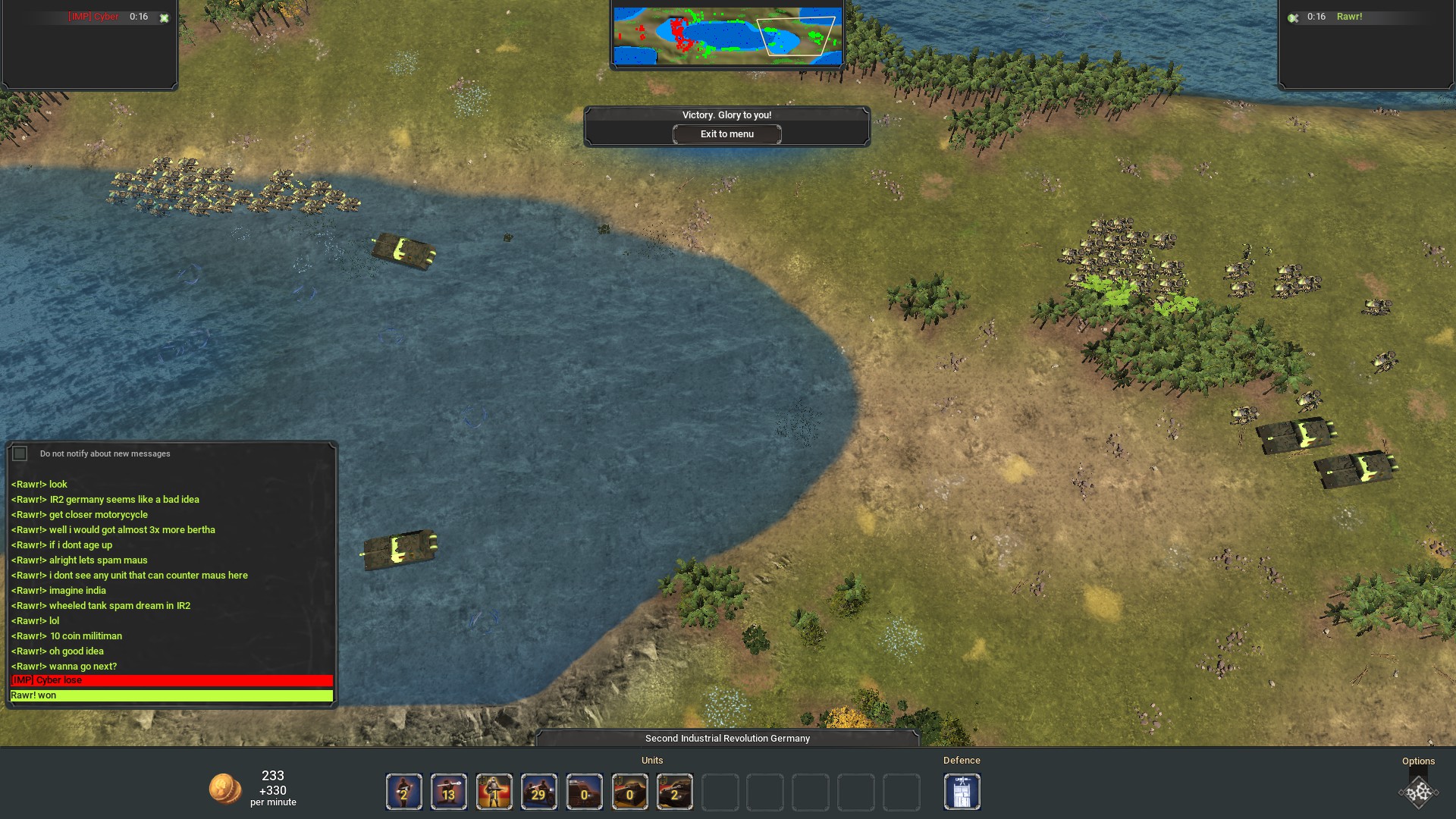 Each players will spawn close to the edge to the map, enemy will spawn on opposite side of the map, team will spawn together in very close proximity to each other. The map is a left-right symmetrical thin long map with 1-2 paths for units to walk on.


There is only one currency, it’s the coin. You earn the coin automatically per seconds, building house, upgrading house, aging up, and holding control of the middle of the map will increase your money income.


Units only available on the first age it can be recruited, and can’t be recruited after aging up. Ex. Spearman can only be recruited on bronze age, Pikeman can only be recruited on Early Middle Age, Soldier, Death Scythe, Bertha, Light Cannon, etc only on IR1 and no longer available on IR2. Units that are recruited are without upgrades and all units have the same movement speed. When recruiting units, you will pay once for the unit and it will spawn at the start of every waves until you sell the unit when age up. Each waves is 20 seconds for each players on the same team, if there are 2 players on the team then 1st player on team will spawn units after 20s and 2nd player on team will spawn unit 20s after the 1st player, and then back to the 1st player. Units that produced will spawn on your Town Center and automatically attack move to the enemy position since player have no control over units. Units will automatically die after few minutes after it spawned. There is no limit on how many units you can produce.


Players will start with some coin at the beginning to build hut(house), bulwark or units,

I hope you enjoy the Guide we share about War Selection – Tug of War (Beta) Info; if you think we forget to add or we should add more information, please let us know via commenting below! See you soon!