When moving the camera with the right thumbstick of a controller, the game uses a binary mode for this: Either the camera moves at a constant speed, or it’s still. There is, however, a way to configure the controller such that smooth analog camera movements will be used. No modding required.

Tales of Berseria for Windows, when played with a game controller, has a rather odd design when it comes to moving the camera with the right joystick: The camera movement is binary. It’s either still, or it moves at a constant velocity, and the right joystick essentially just acts as an on/off button for it (the direction where the joystick is tilted merely choosing the direction of movement). This is unlike the vast majority of other games, where the speed of the camera is directly proportional to how much the joystick is tilted (which makes the movement feel very natural and instinctive).


The game itself does not have any settings to change this, and it’s hard-coded (at least as of writing this guide).


There is, however, a way to make the right joystick move the camera in a smooth analog manner, just like most other games. And you don’t even need any modding for this.


Thus, the short&quick answer to this is: In Steam’s controller configuration, configure the right joystick to “joystick mouse” mode. (Note that you will need to set the sensitivity very low or else the camera will move way too fast.)


A more detailed guide on how to do this follows.

In order to do this, if you are using a third-party controller (for example an Xbox One controller), you may need to enable its Steam configuration first. This happens from the menu Steam > Settings > Controller > General Controller Settings: After this, you should start the game from Steam’s Big Picture mode because it makes the controller configuration much easier (and allows more easily test it in the game). After launching the game, bring up the Steam overlay and go to the configuration, and select the settings for the right thumbstick: 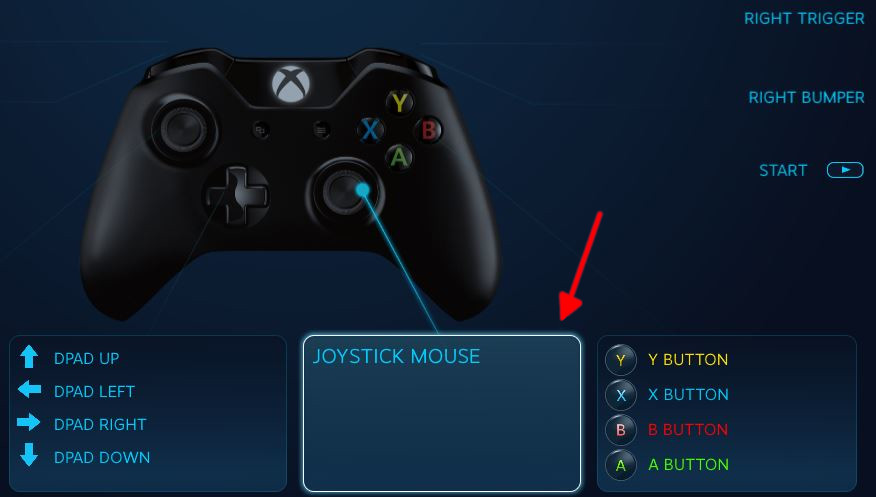 In the “Style of Input” drop-down menu select “Joystick Mouse”:

You also should set the Mouse Sensitivity to a very low value, as shown in the picture (else the camera will move way too fast).


In order to be able to use the right joystick as a joystick rather than a mouse (this is not required in the game very often, but there are some situations where it is, such as for scrolling text) you should also configure a Mode Shift that temporarily changes it to a joystick again. The mode shift button could be, for example, the left trigger (which means that when you press the left trigger, the right joystick will become a joystick while the trigger is pressed).


To do this, select “Mode Shifting”, and from there select “Left Trigger Full Pull” in the Mode Shift Button dropdown menu, and then select “Joystick Move” in the Style of Input menu.

(Note that this does not disable or change the left trigger from its normal binding in the game. It merely adds this functionality to it in addition to working normally.)


In addition to fine-tuning the sensitivity in the Steam controller configuration, you can also fine-tune it to a degree in the game’s own settings menu as well: 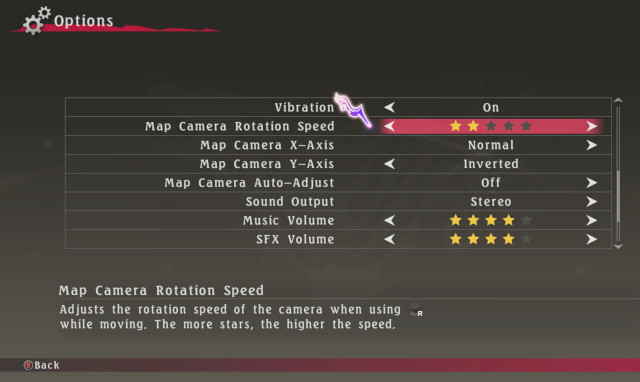 This is all about Tales of Berseria – Controllers Settings Configuration Guide; I hope you enjoy reading the Guide! If you feel like we should add more information or we forget/mistake, please let us know via commenting below, and thanks! See you soon!