When farming monsters, you’ll get a certain amount of points which unlock those.

Carry over your currencies (Gald, Tales Coins & Katz spirits), items and skills (gear mastery, cooking and navigation), and last but not least, shop level (more details in next section).

Then priorize Double Exp, even Triple Exp or the stats gained thanks to the herbs you’ve gathered.

It will help to get the following achievements, if you’ve not unlocked these during the first run :

Requires a LOT of farming, so wait for EXP boost. x6 EXP is the cap, even if a x2 Boost is available in a DLC ; no x12 for you, bunch of grinders !

Here is the full list of NG+ only achievements :

Shop Ranks – Pieces of gear which are carried over

Well. You’ll have to earn and spend thousands of Galds. One of Magilou’s title actually depends on it.

At least 967,455 in order to reach the Level 10 Shop Rank ; each level unlocked rewards you with a Potentite or a piece of gear :

And yes, the Unnamed gear is the most powerful of the ToB (if not the flashier one). 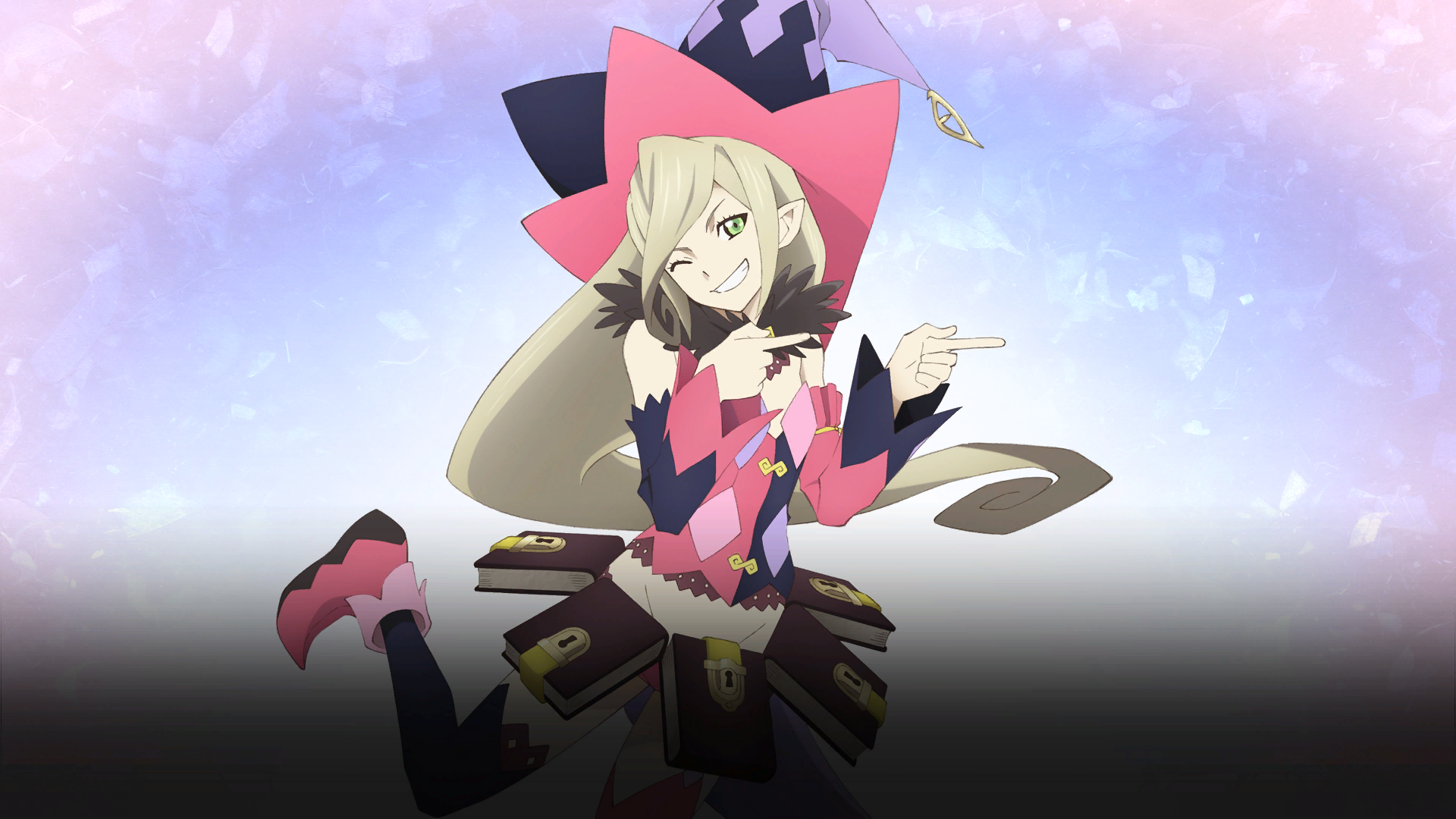 Several guides have been written about the secret dungeon access, so let’s make it short :

Exit from the dungeon to Danann High Road.

You’re next to the Save point located in front at the Empyrean Throne entrance. The NPC giving access to the EX-dungeon isn’t there, because of the following pre-requirements :

Now, go back to Danann Highway (from Port-Zekson). A Katz is waiting for you, talk to him and go to Meirchio (Eastern gate). 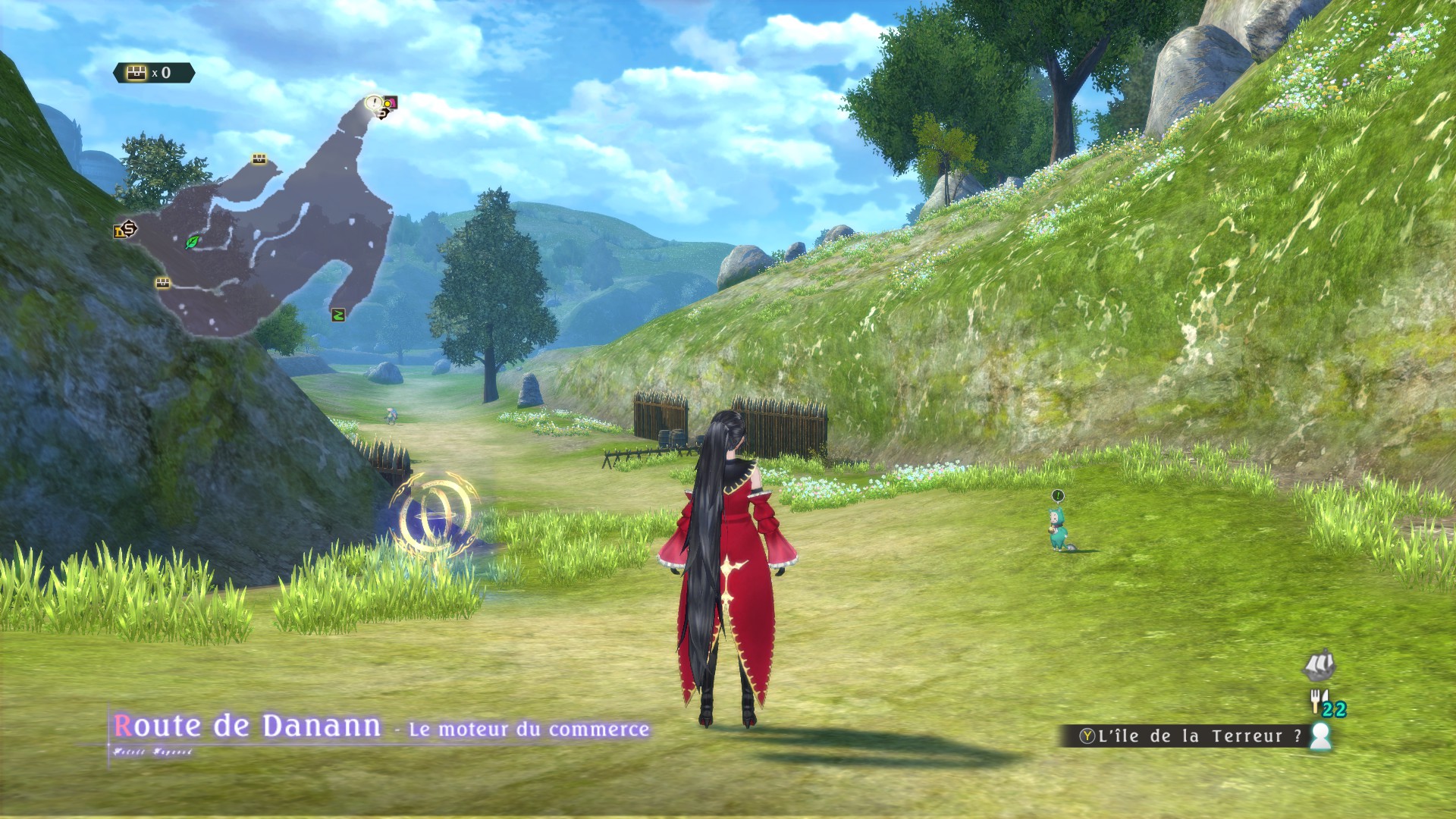 If you want to grab or sell a few things in the village beforehand, be careful and DON’T bump into Medissa (green exclamation point), or you won’t be able to reach the Mt Kiraraus path. The side-quest is nice (companion and so achievement-related if I’m not mistaken) but you can’t reach it easily.

Teleport to the Cauldron. Next to the Katz Chest, a fire portal appeared ; that’s your ticket for the EX dungeon. 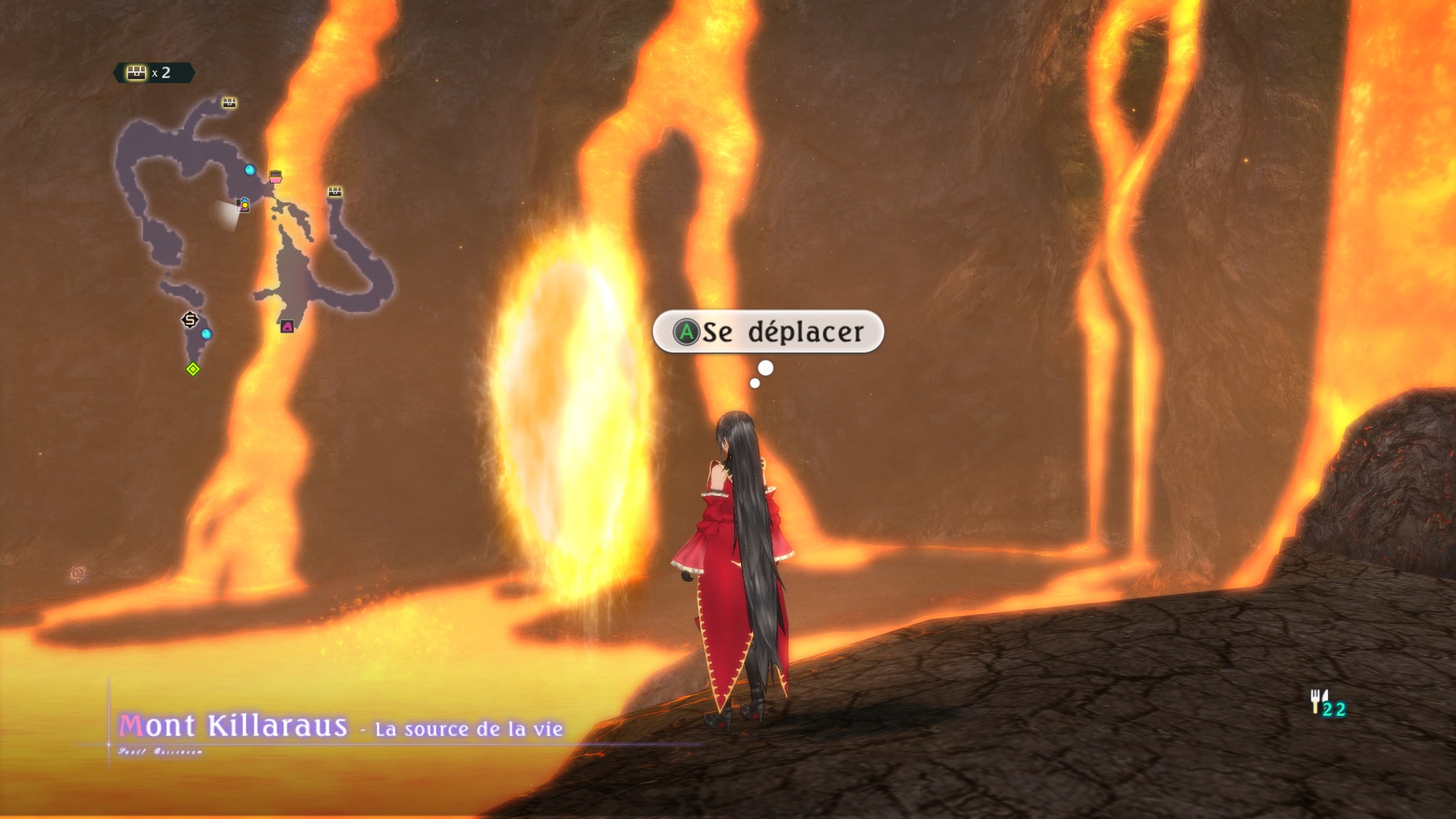 It’s a huge pain, but there is actually a sauna at the end of it. Fan service included.

And that’s where you can farm the best gear.

I’d say, if you already have about 600 Katz spirits, rush to the end of the 4th floor and unlock its portal ; then sell and upgrade stuff in a shop (Hellawes’ merchant is close to the door).

Then farm those until you reach level 100, and proceed to the next ones. Last monsters are level 120.

7th floor helps with getting tons of Katz spirits.

Now, a completely useless Gallery. Except for a few minority of players for whom Glamour is as important as all the other aspects of the game (even a solo one).

The plainer, the deadlier.

The paper is cool. But Magilou’s Doppelgangeris the most gorgeous. 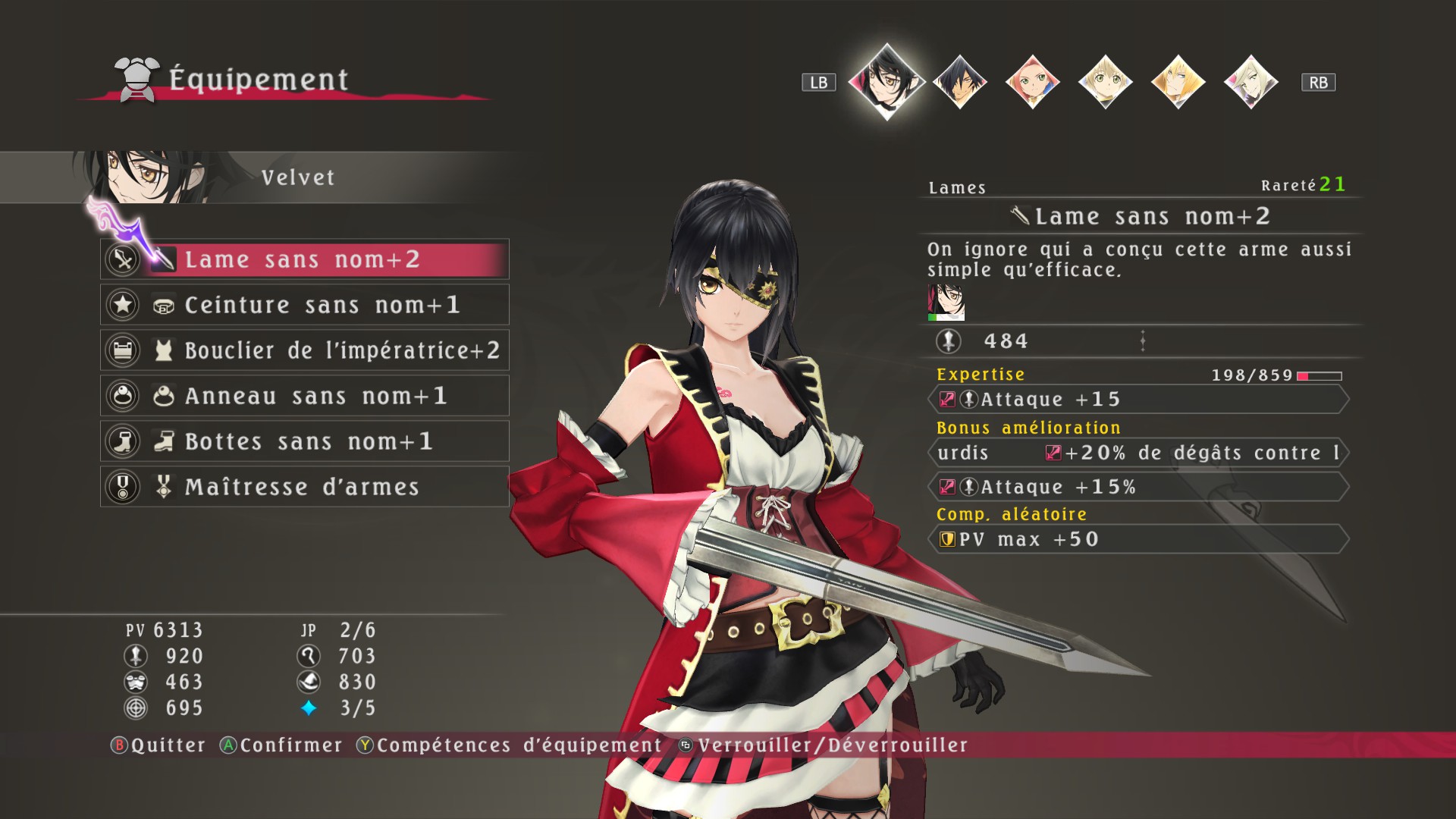 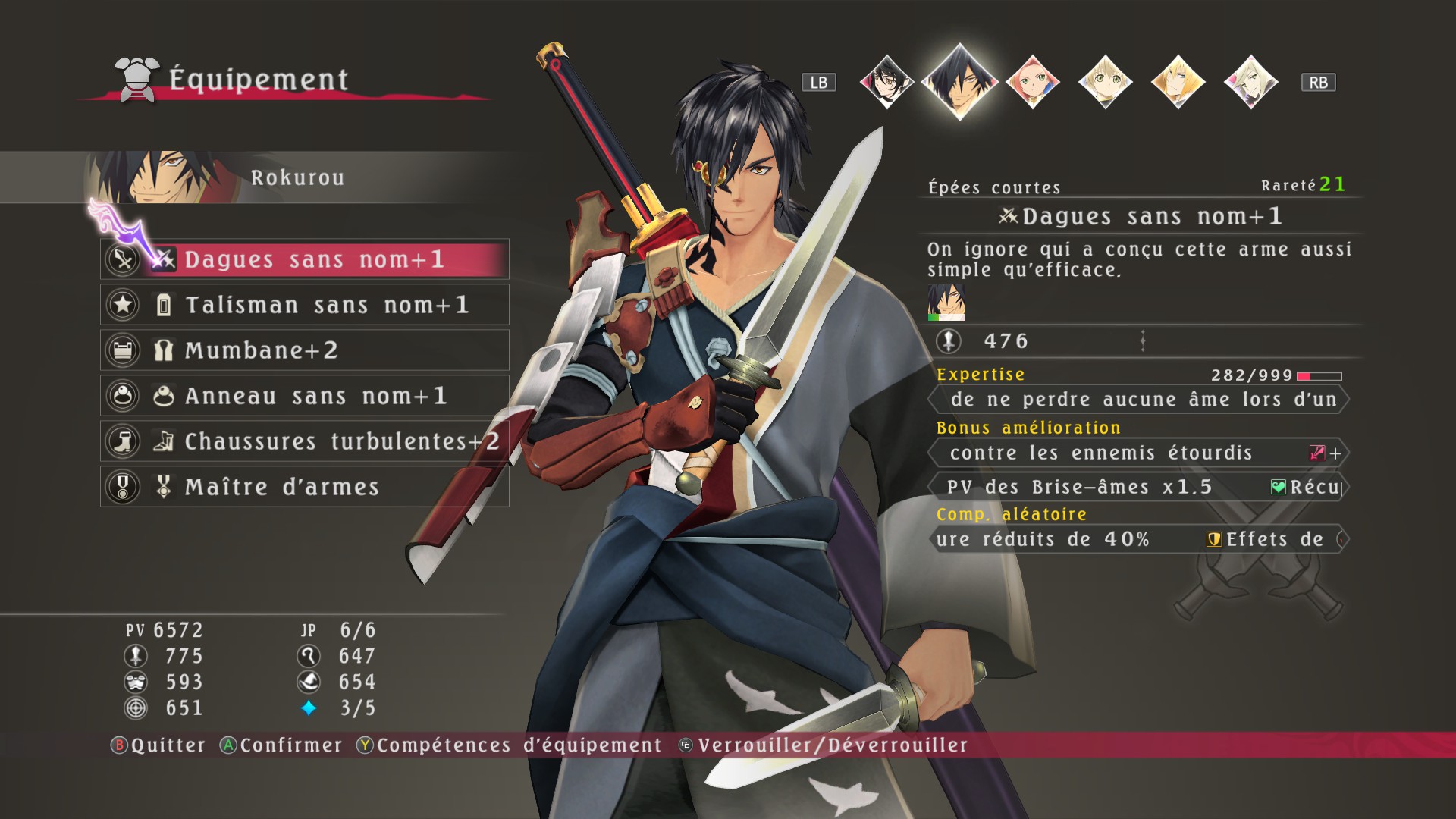 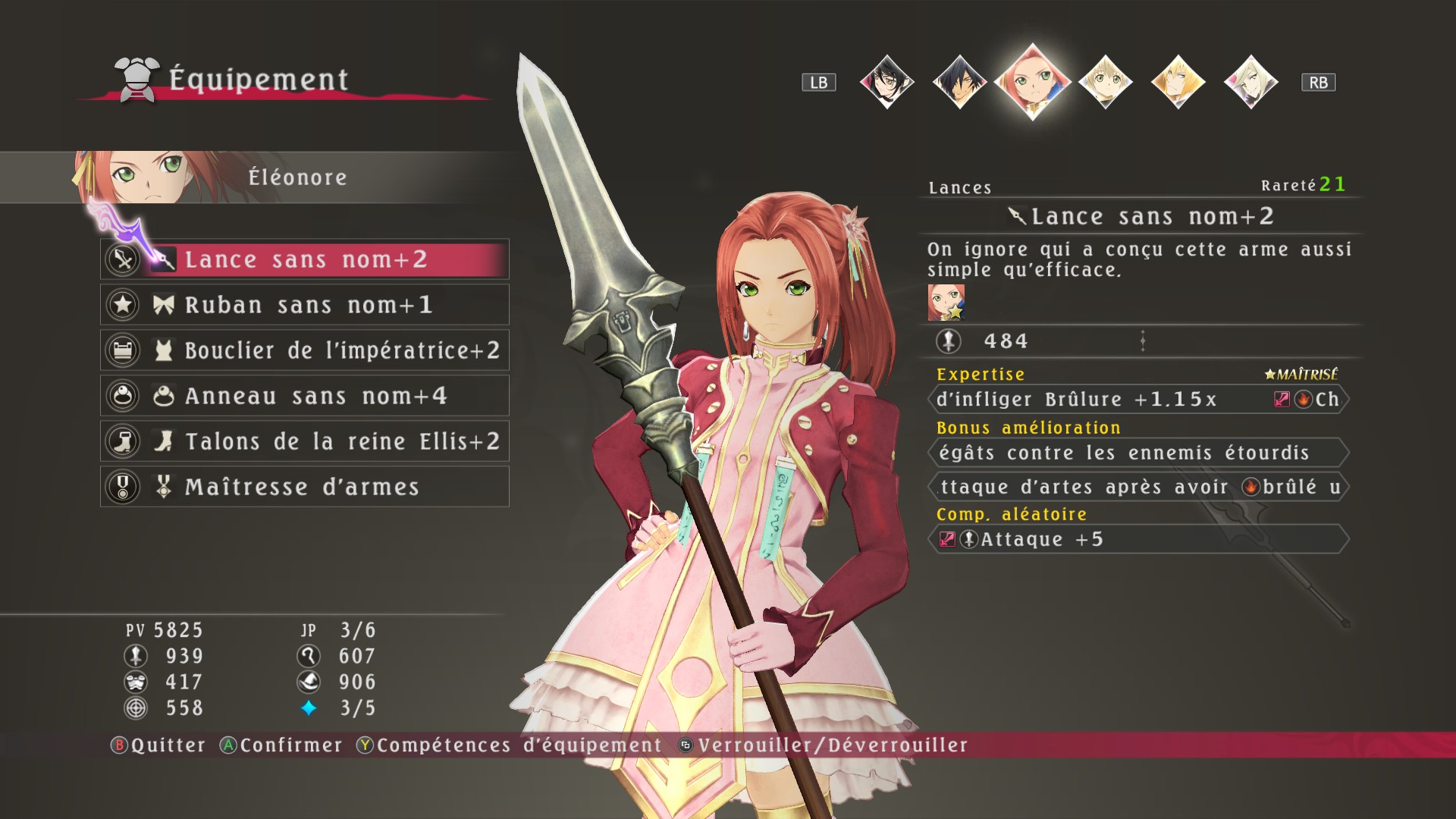 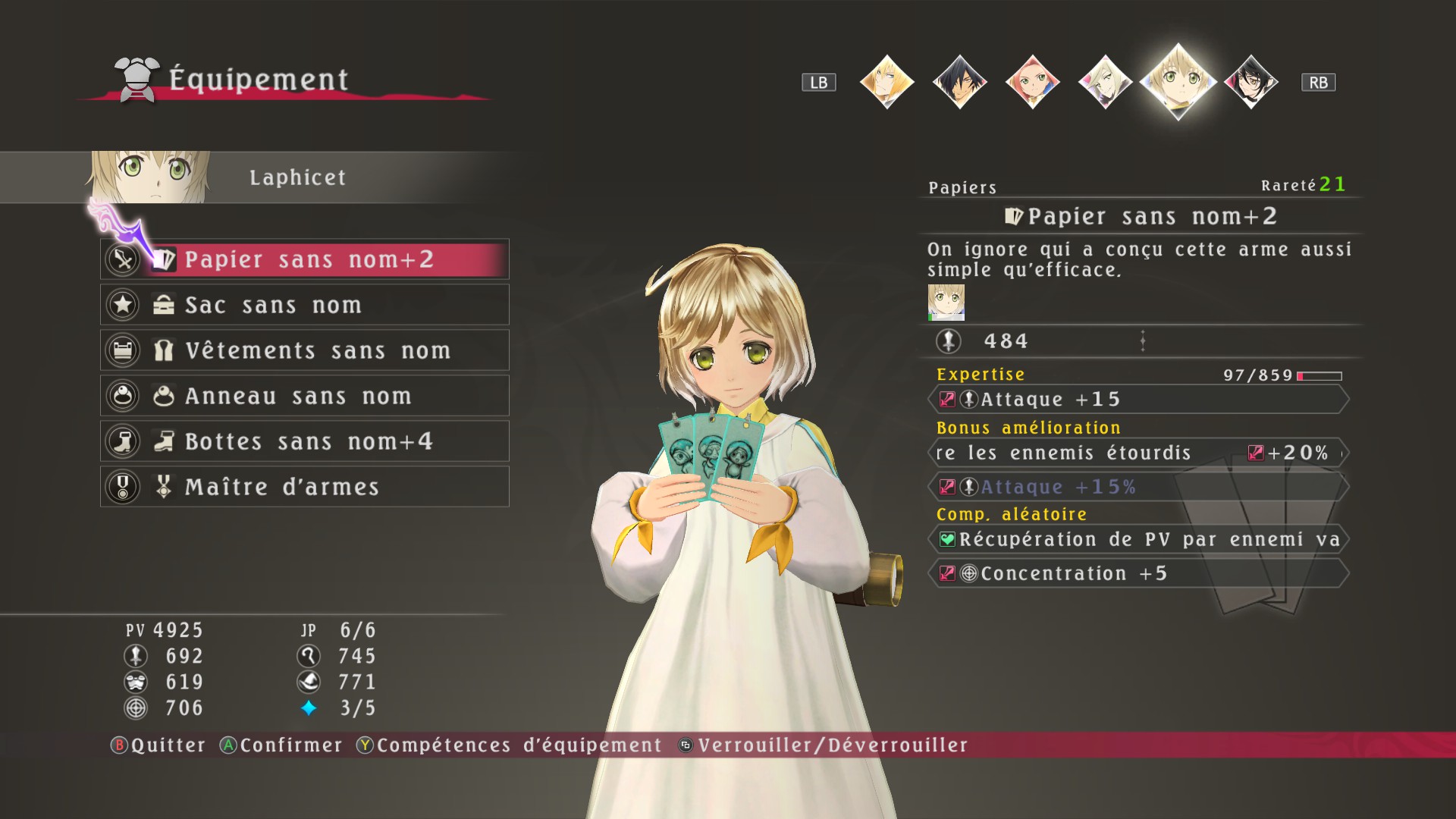 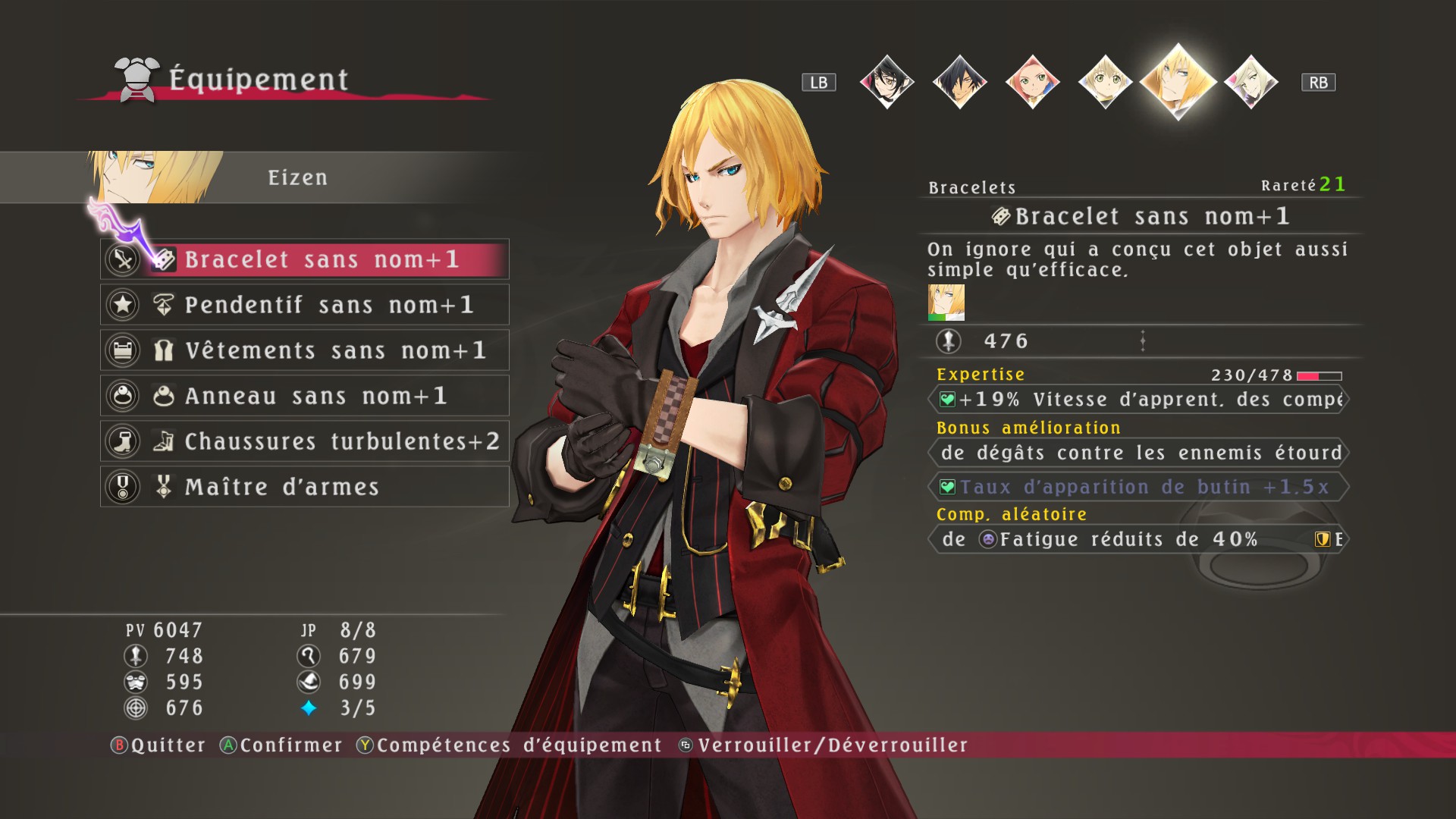 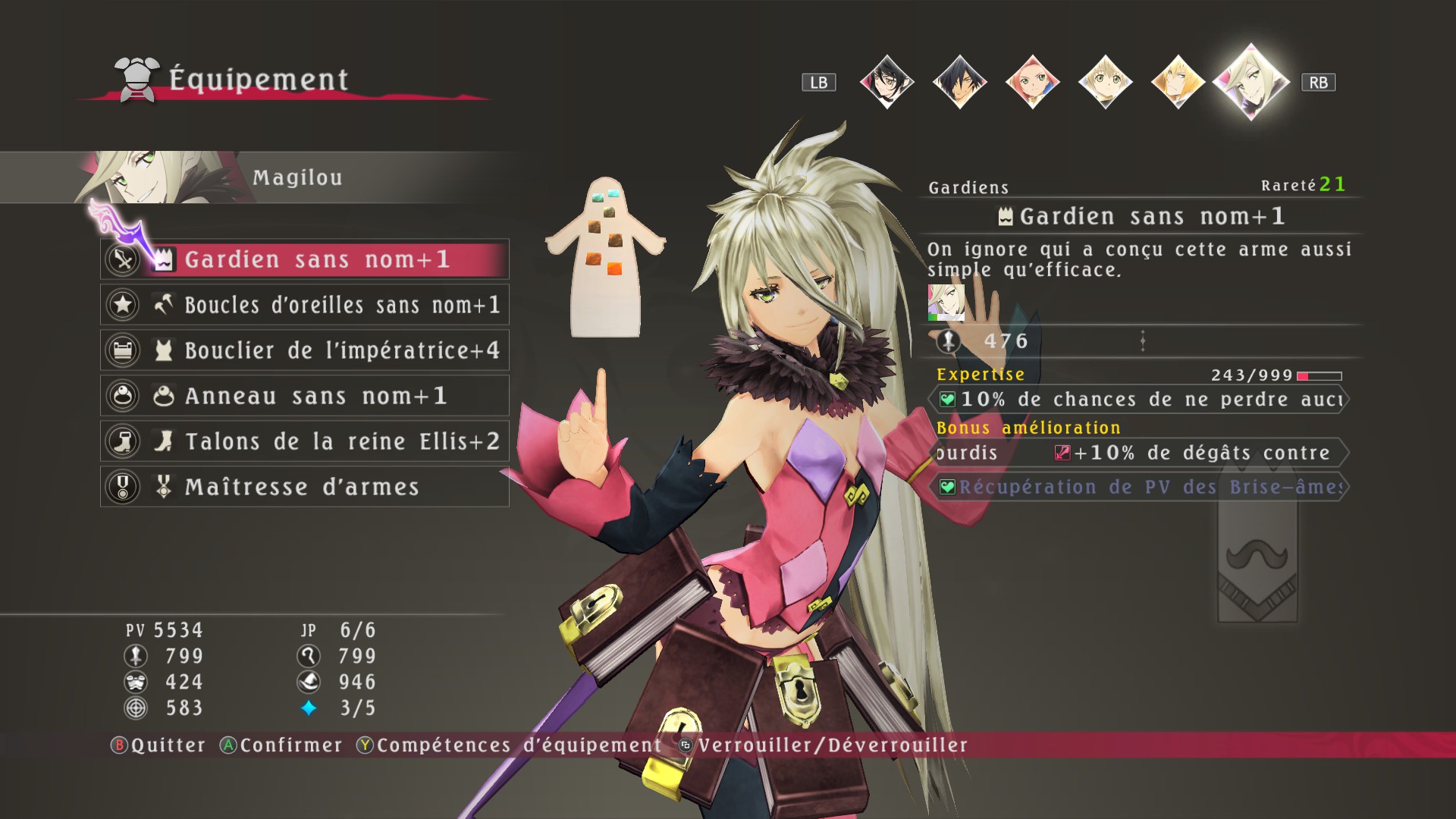 This is all about Tales of Berseria – Achievements Guide & NG+ Options + Gears + Shop Ranks – Walkthrough; I hope you enjoy reading the Guide! If you feel like we should add more information or we forget/mistake, please let us know via commenting below, and thanks! See you soon!