This is incomplete, as I’m still compiling screenshots of weapons in Synthetik 2. And certainly as an Early Access title, the devs will more than likely add more weapons to the game. I felt like I’d put enough screenshots into the guide to go ahead and launch it. I’ll update it on the fly. I’ll also gradually add some notes from my experiences using the weapons in-game.


VIEWING TIP: Click on any image in the guide to jump to the full-size screenshot, which is much easier to read (larger print). 🙂

Screenshot to be posted later.

Screenshot to be posted later. 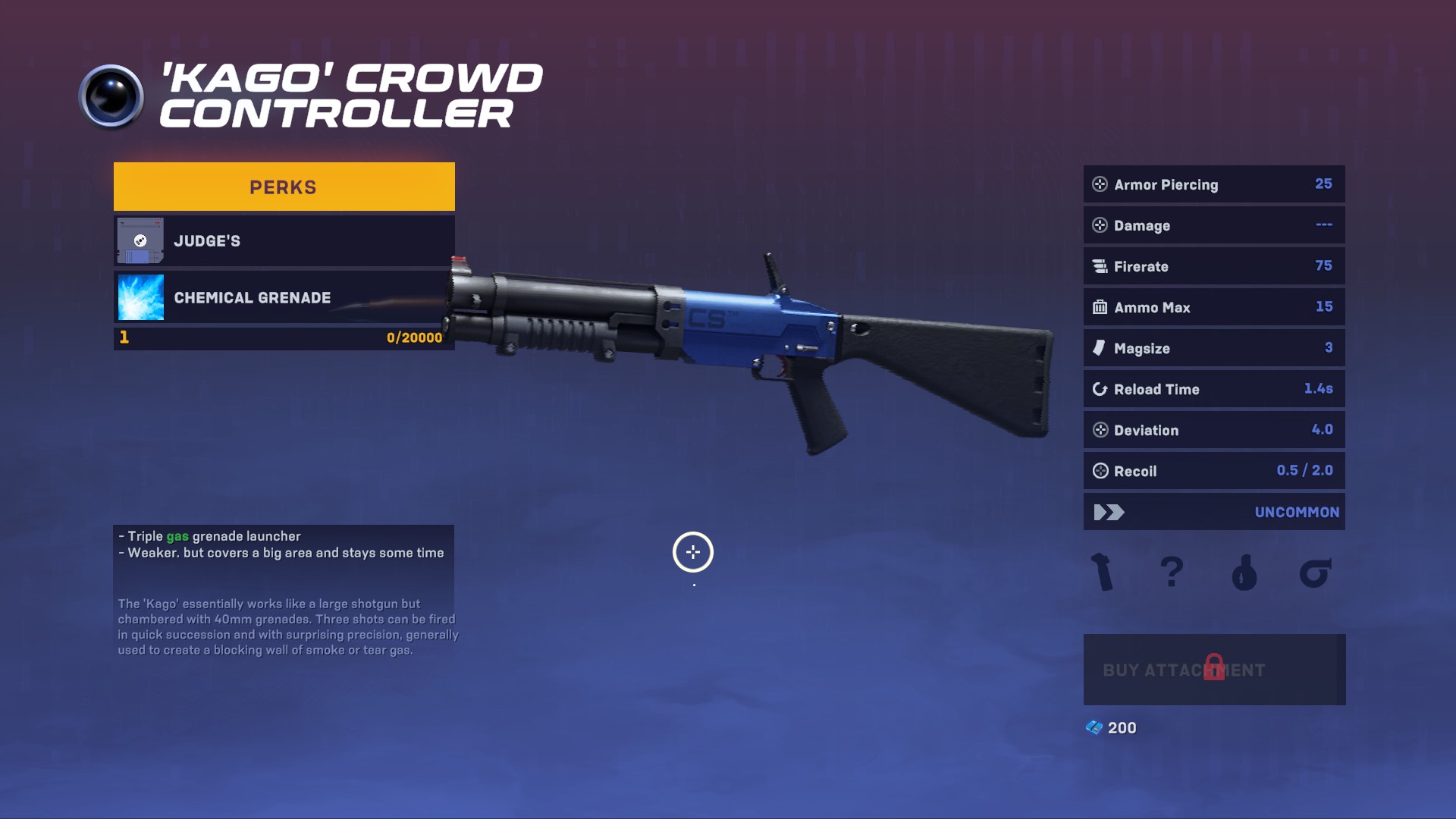 NOTES:Listing as a grenade launcher because that’s all this weapon can do. Although I don’t tend to keep this equipped, if you fire it *in front of* a group of enemies, you have a better chance of them going through it. And it could be useful in conjunction with abilities that provide knockback.


The enemy AI is also smart enough sometimes to steer clear of the gas cloud, and you can sometimes use this weapon to “control” an area or re-route enemies briefly. I imagine this will become more useful when the online co-op is added. 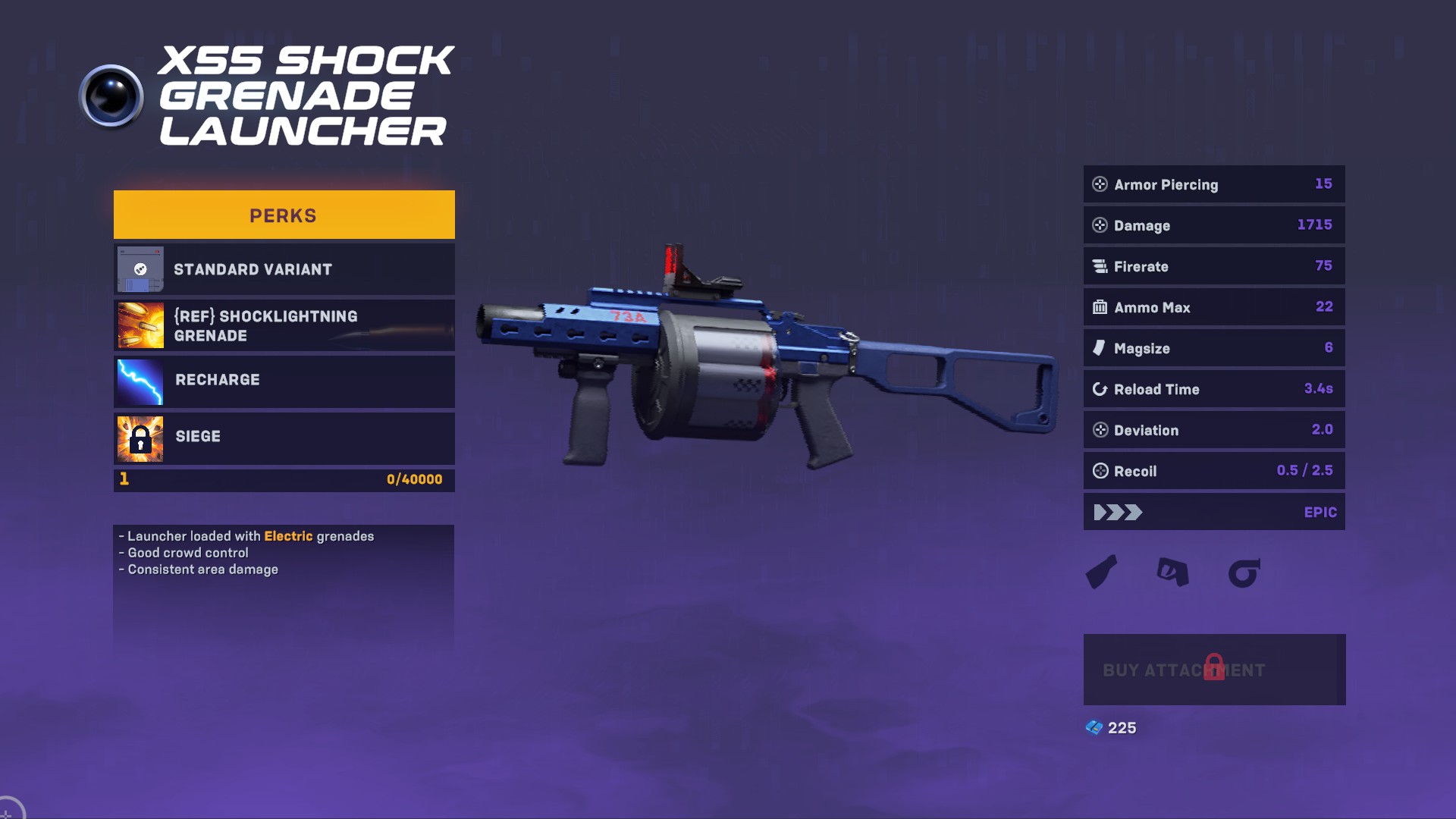 NOTES: This launcher fires at a moderate range electrical balls in a high arch that can go over shorter walls and then provide a wide electrical blast radius on impact. 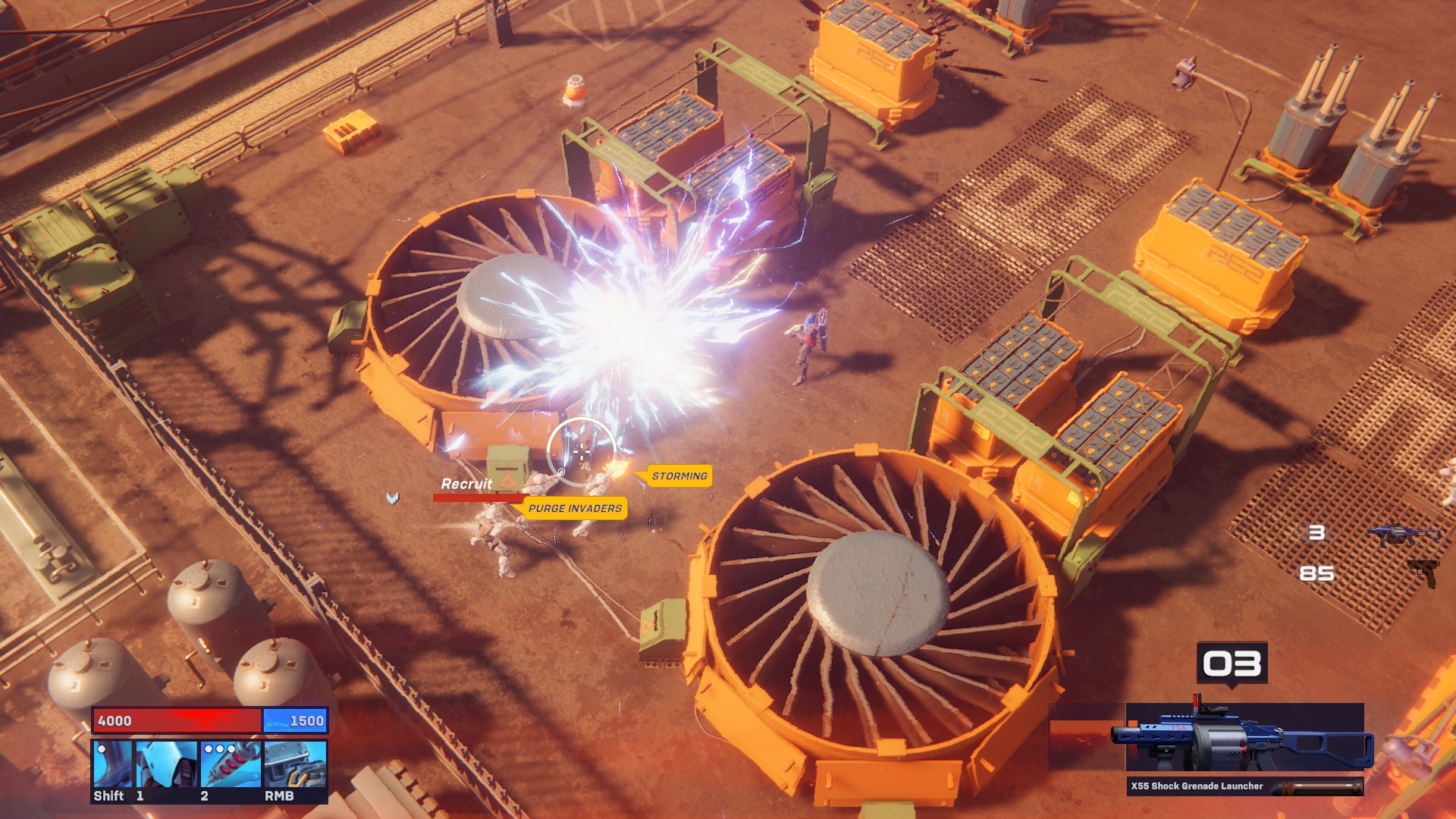 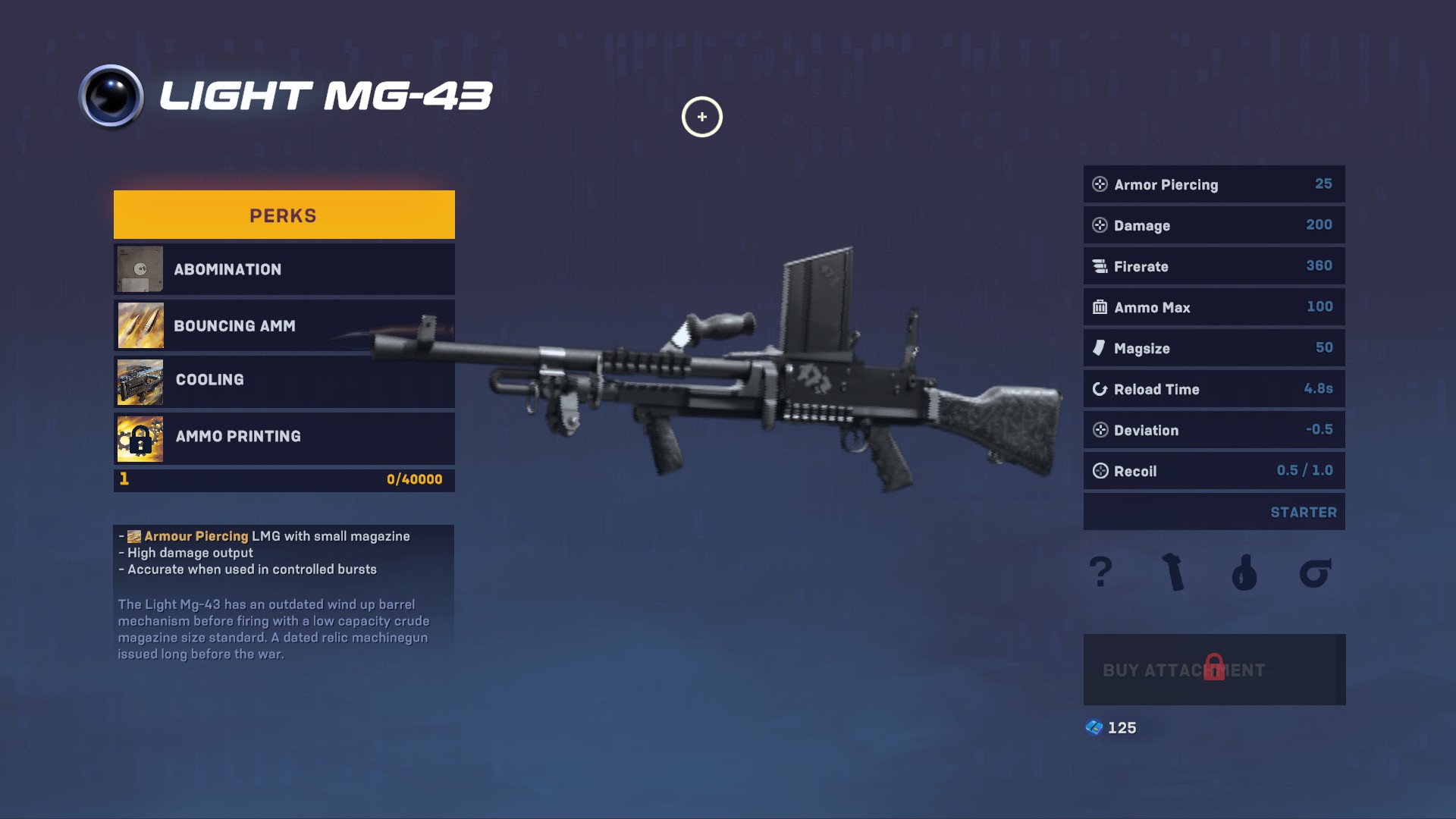 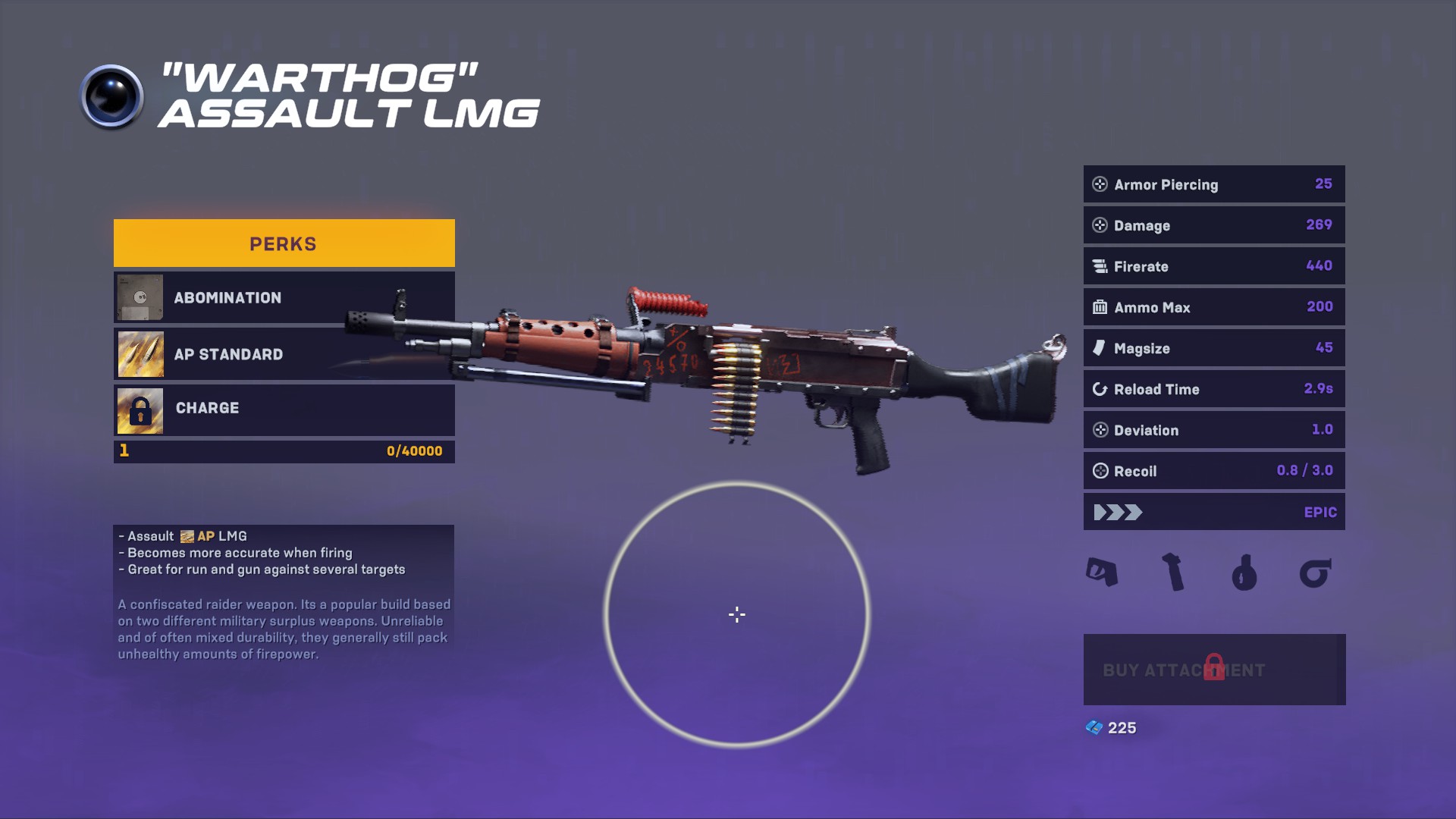 NOTES: The “becomes more accurate when firing” is the key attribute that makes this machine gun imho much more effective to use than the others. 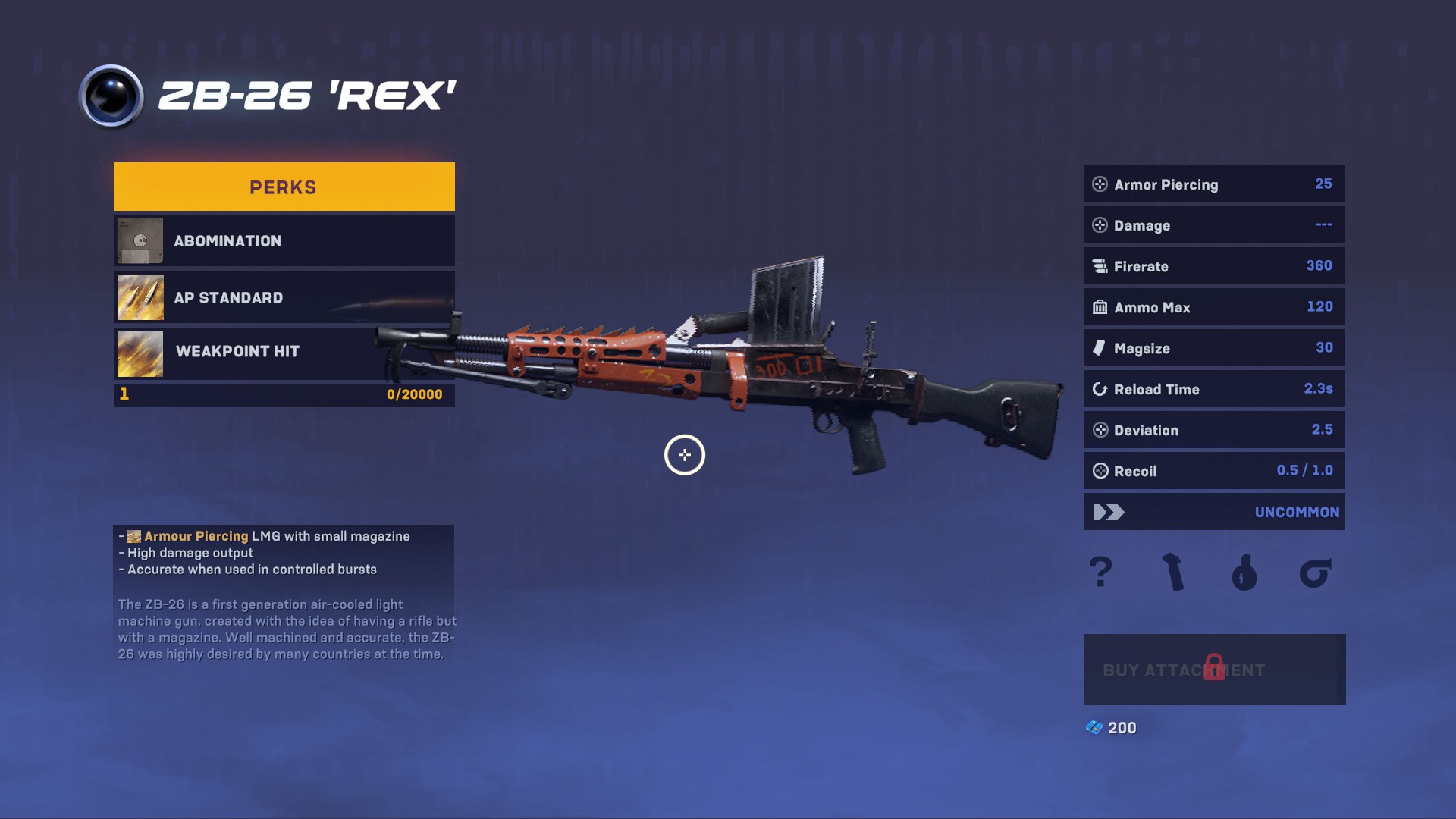 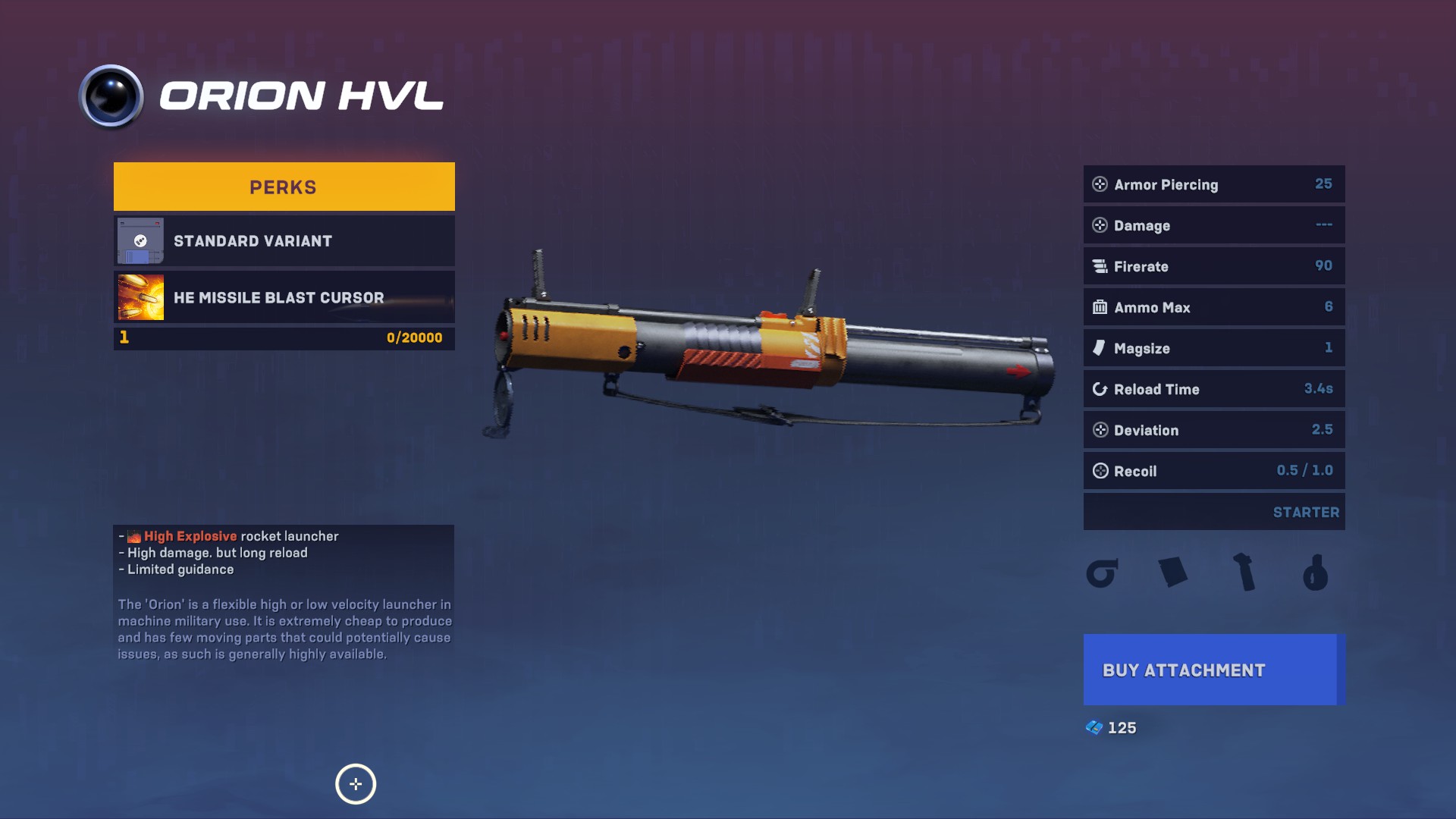 NOTES: Although the Grenadier Rocketeer is equipped with this to start, unlike its sidearm, it may be dropped if you prefer to replace it with another weapon later.


Although wildly inaccurate — the rocket will regularly do “loop de loops” and circular spins and maybe even crash back into YOU — it does great splash damage against and behind walls, and it’s effective at near point blank range. 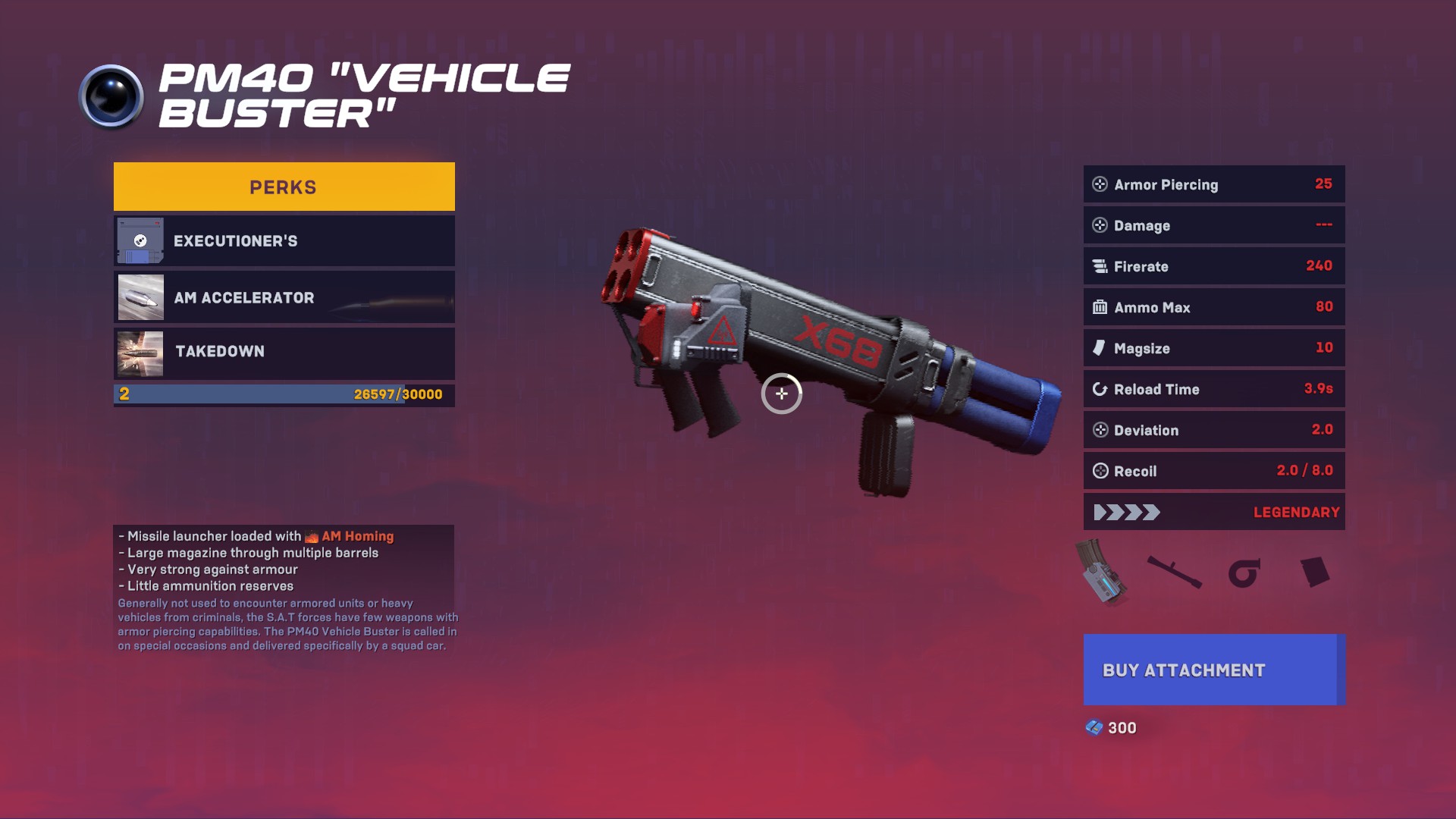 NOTES: This powerful launcher of guided missile salvos seems WAY overpowered and will quickly destroy just about everything in the game, including the toughest bosses. Could maybe be a bit of a liability on some cramped corridor levels such as on the Oil Rig or the latter portion of the Motherboard Chip levels.


Otherwise, you’ll feel like some sort omnipotent Duke Nukem sort whenever you use this weapon. 🙂 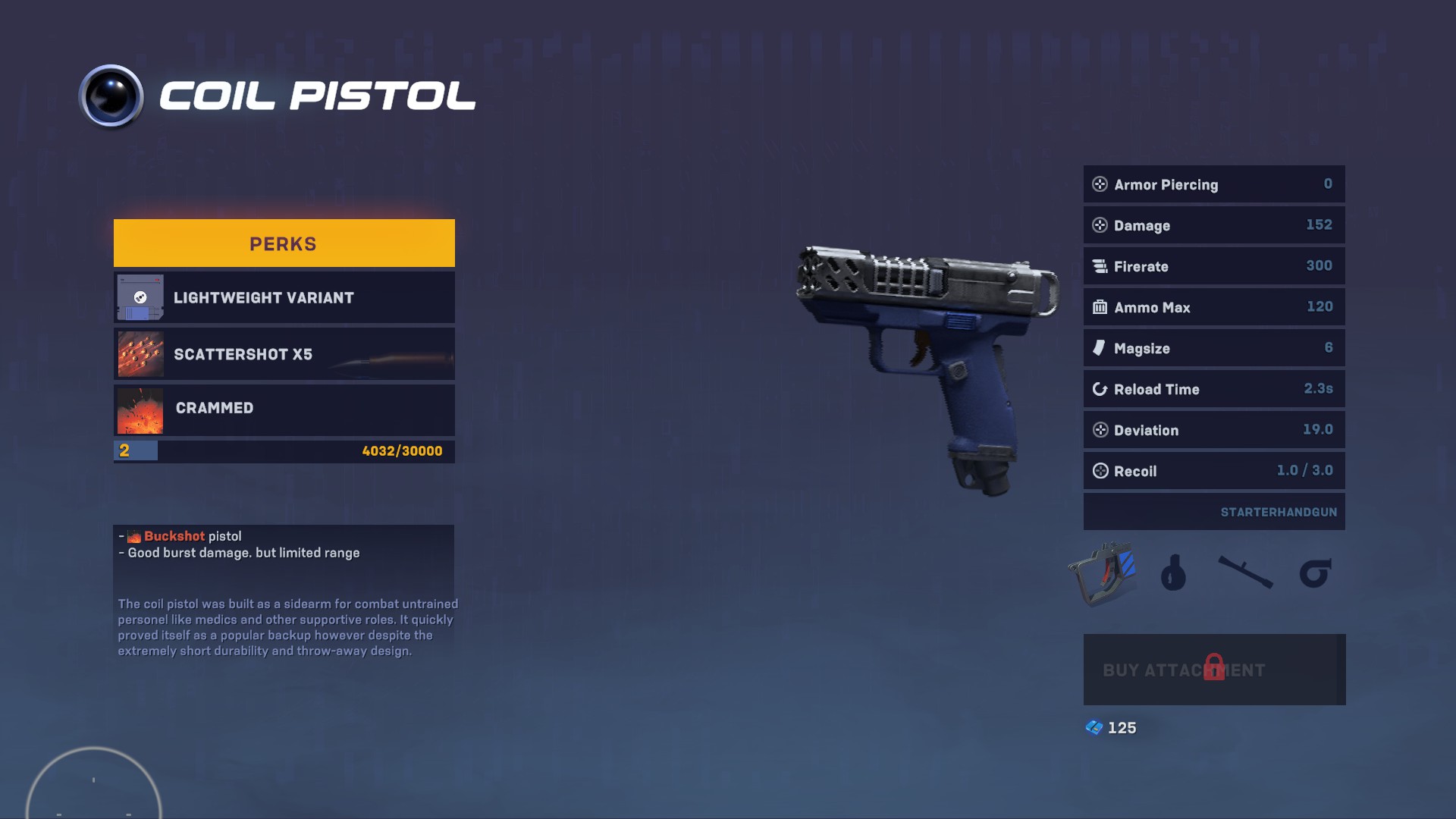 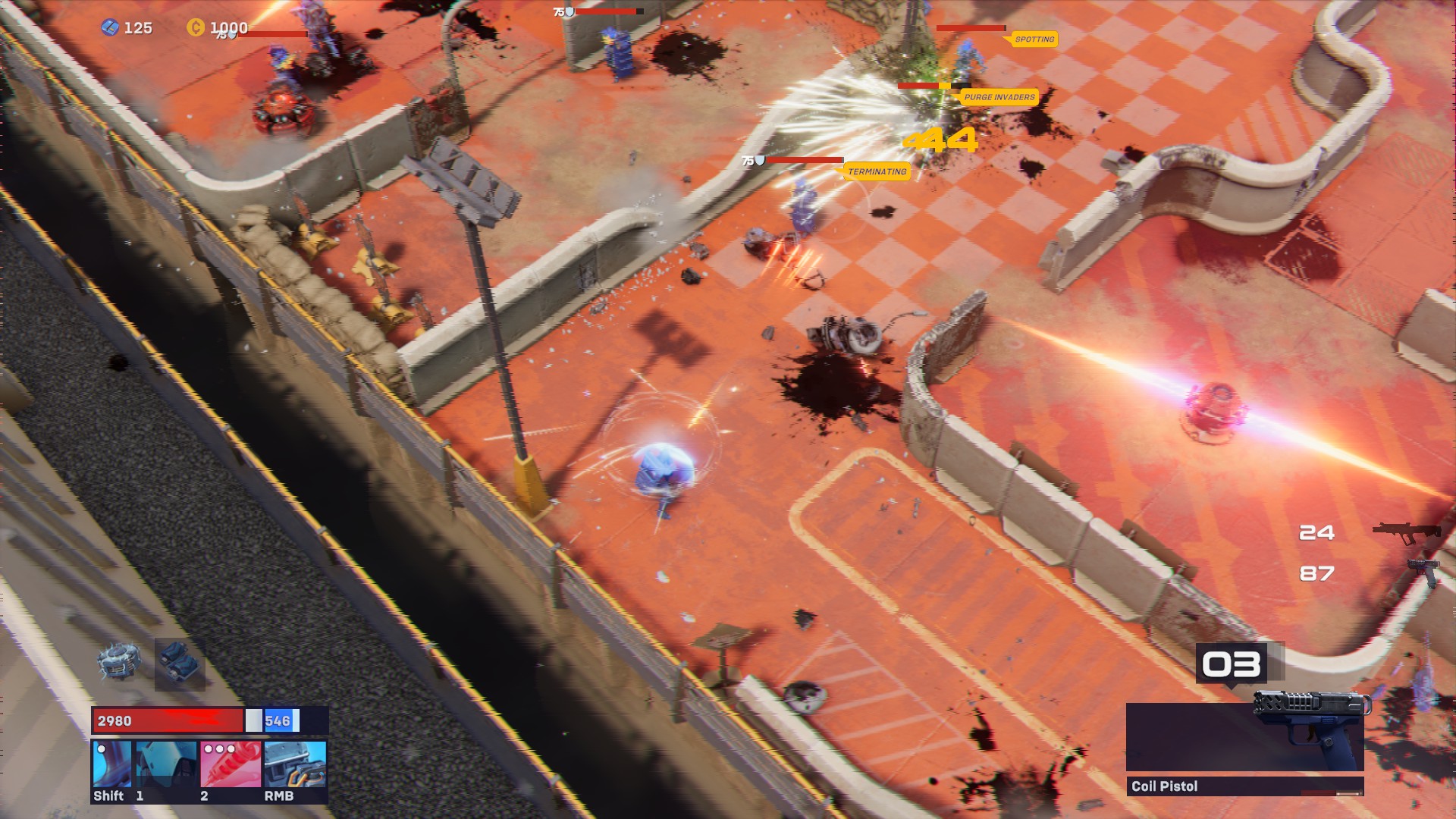 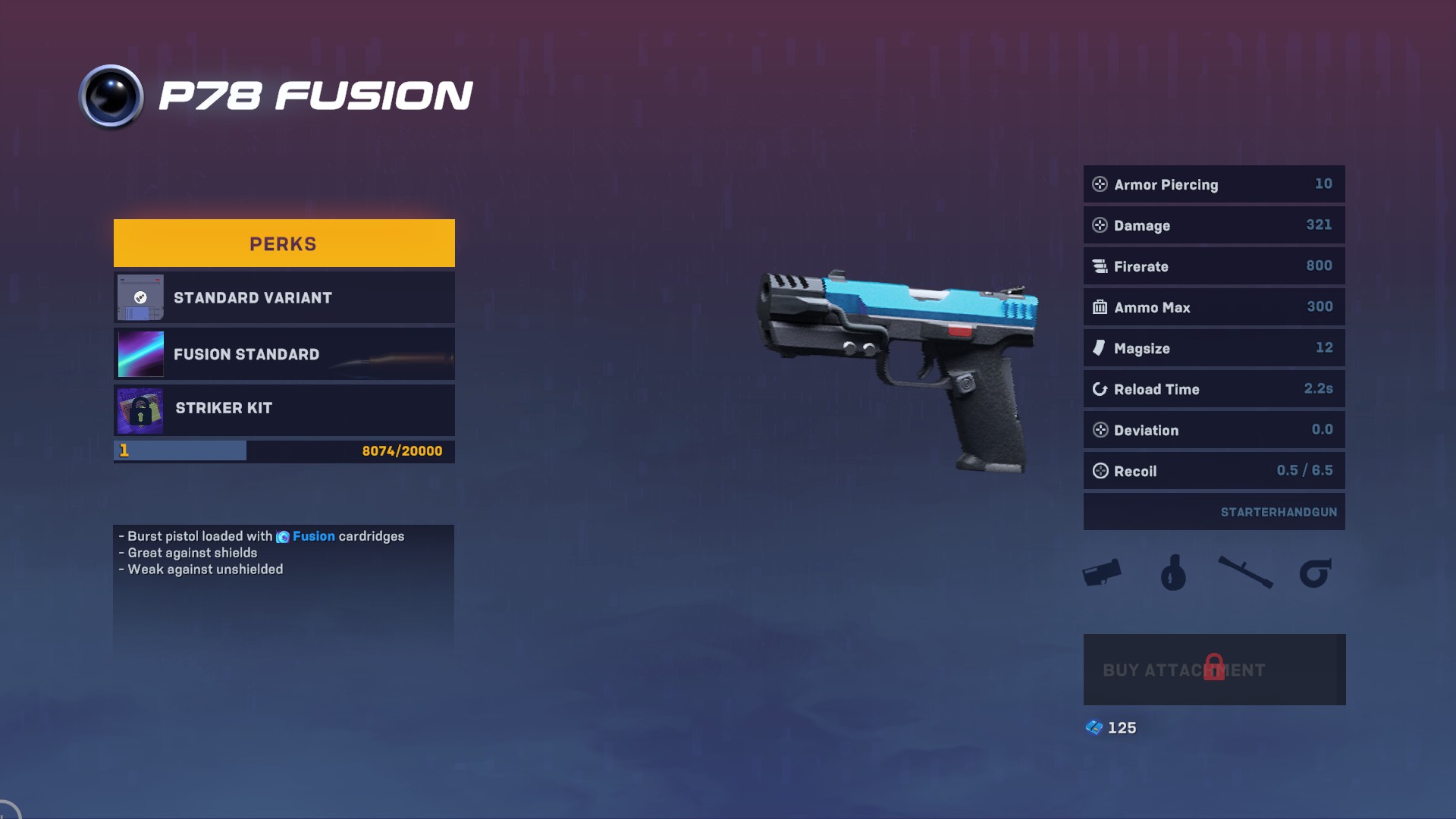 Accurate and effective against armored targets, but overheats quickly for a pistol. You’ll want to install an upgrade that enables the pistol to ventilate heat or reduces heat generation. 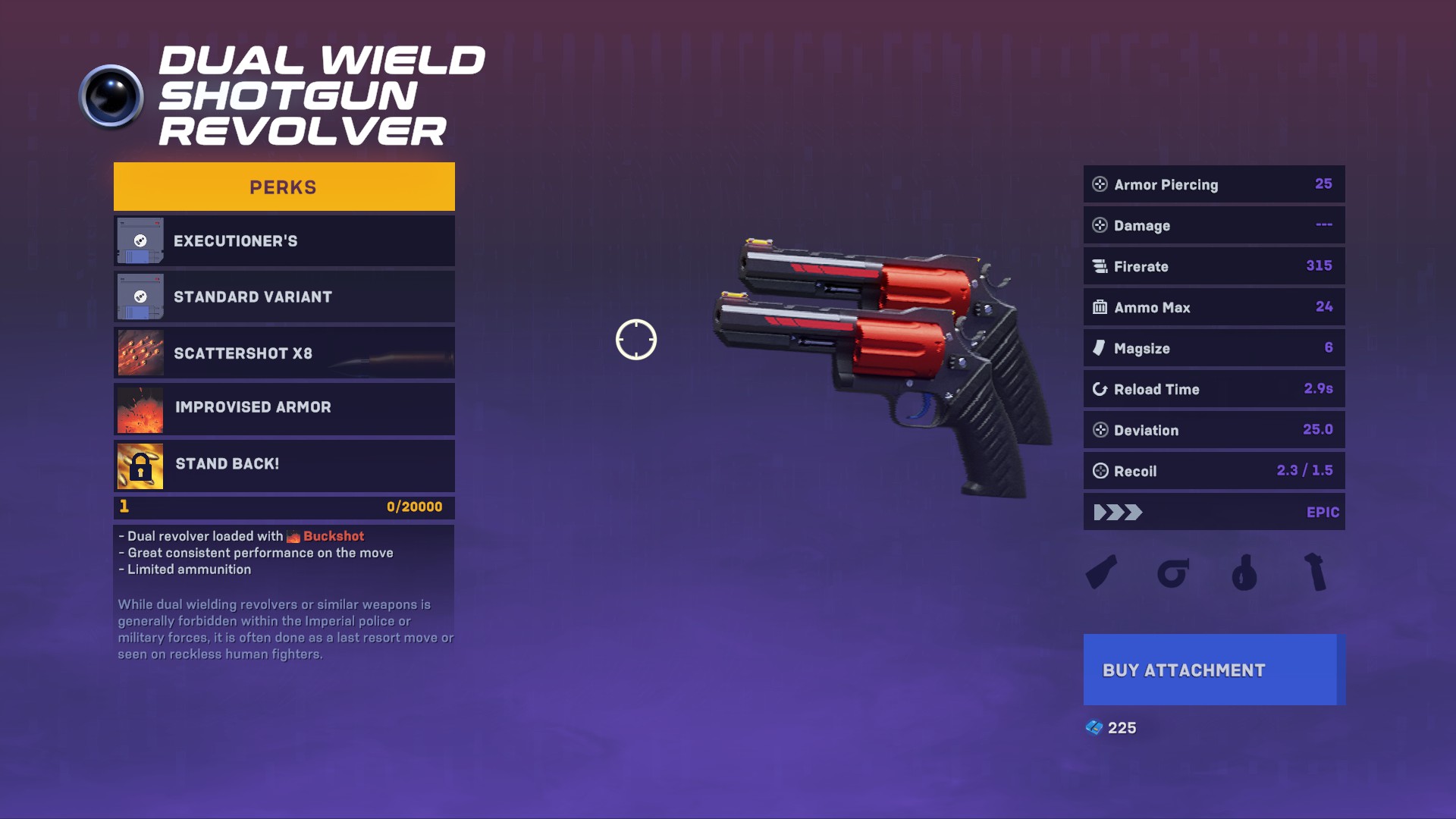 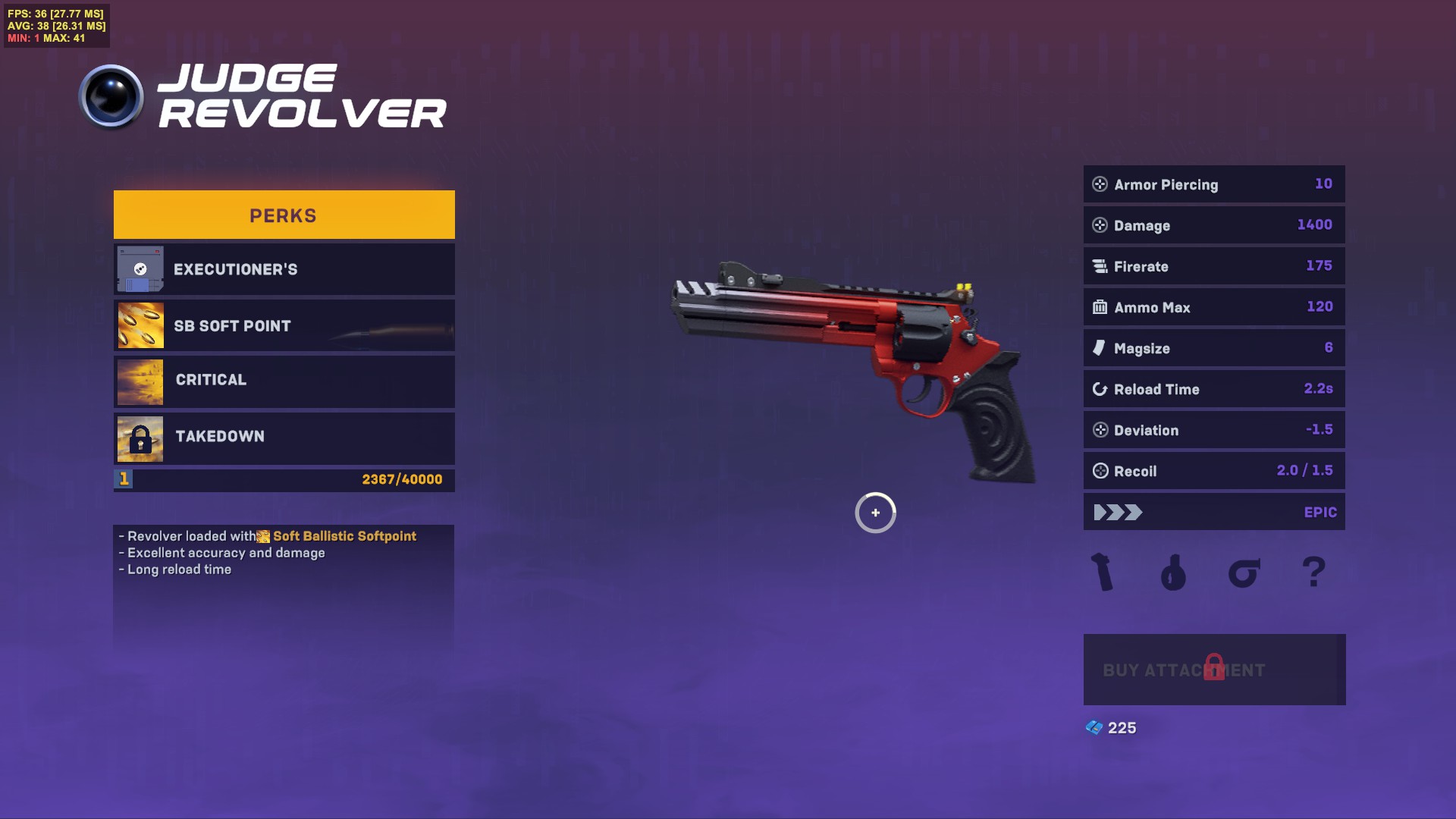 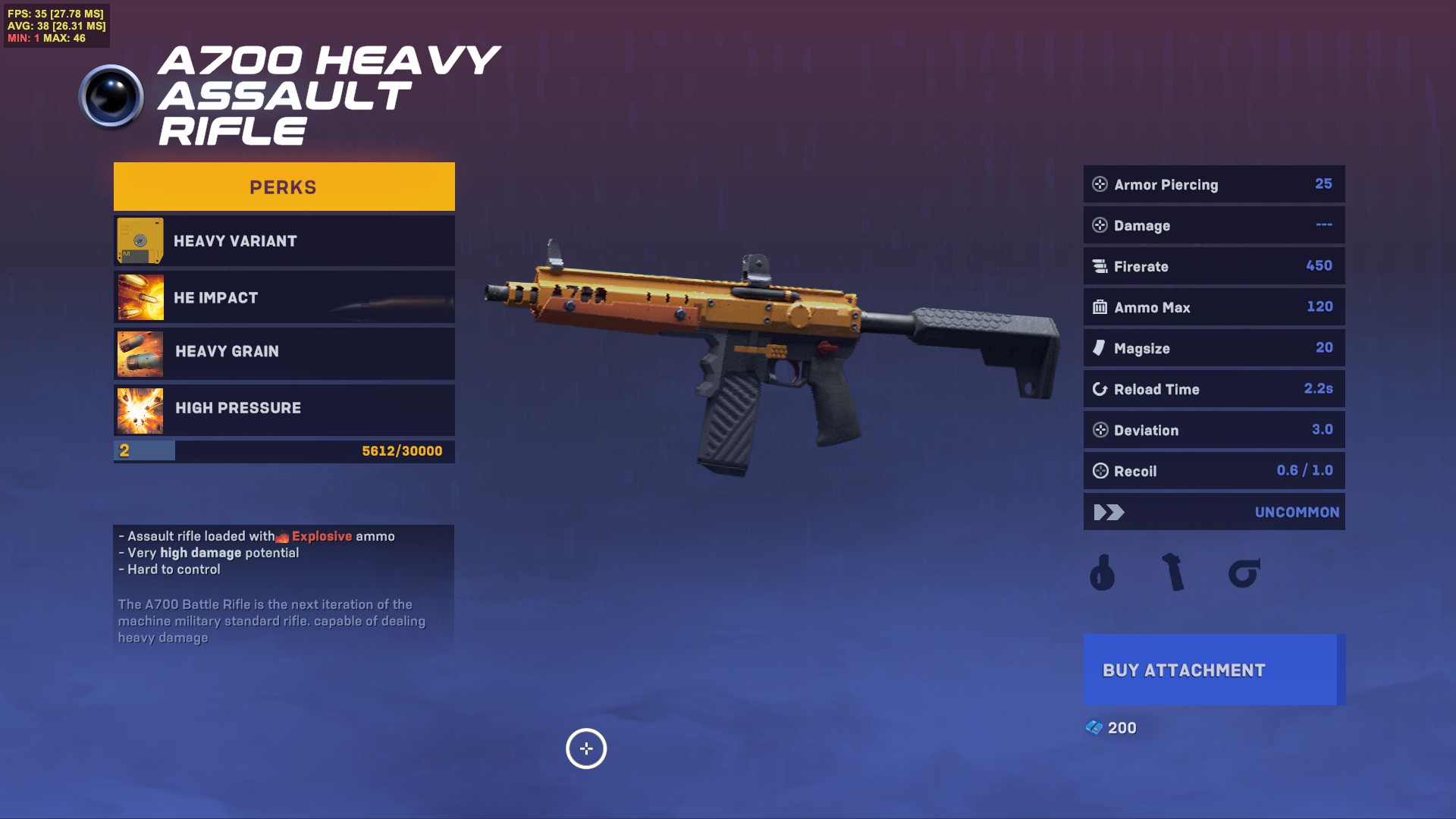 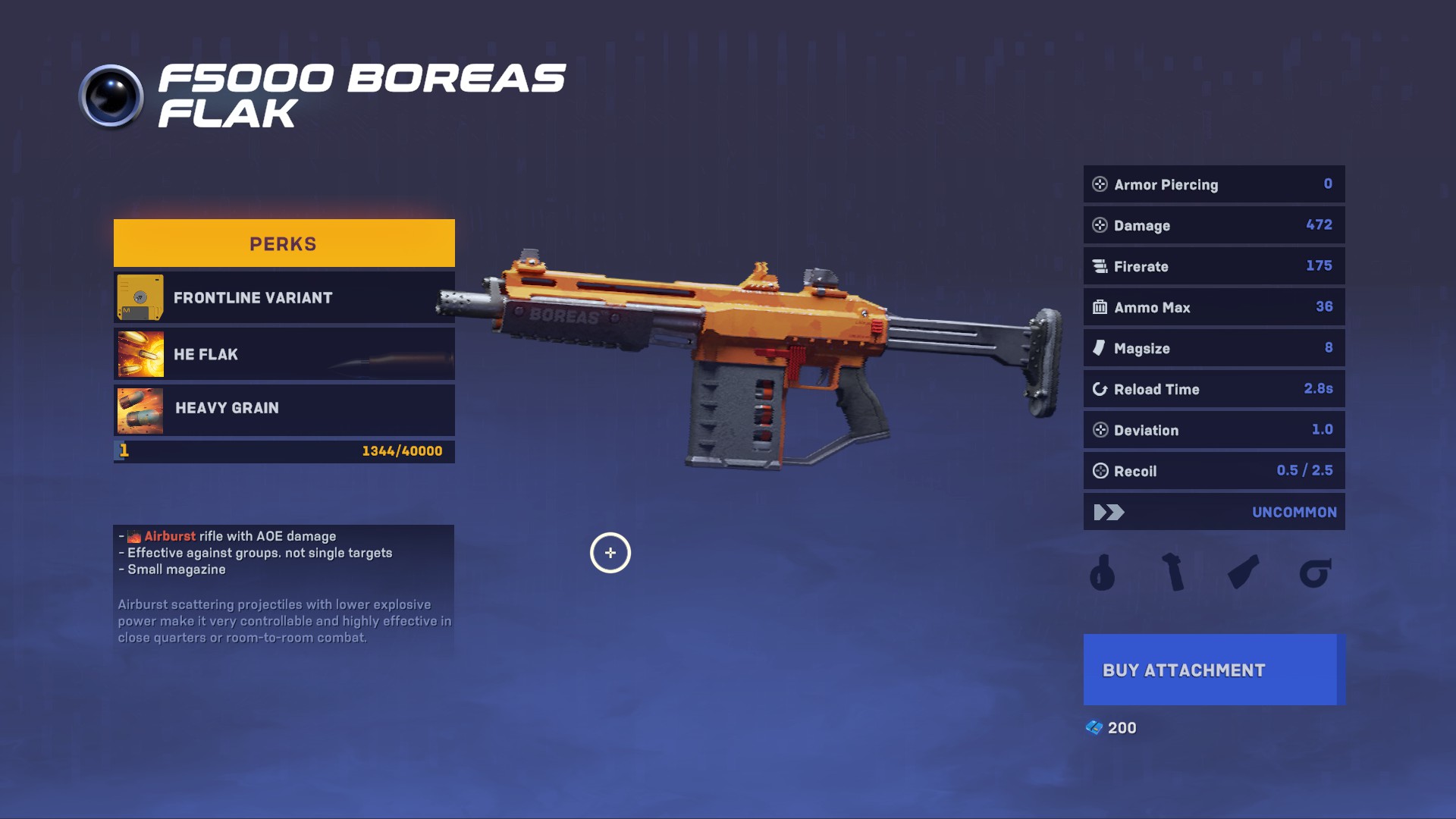 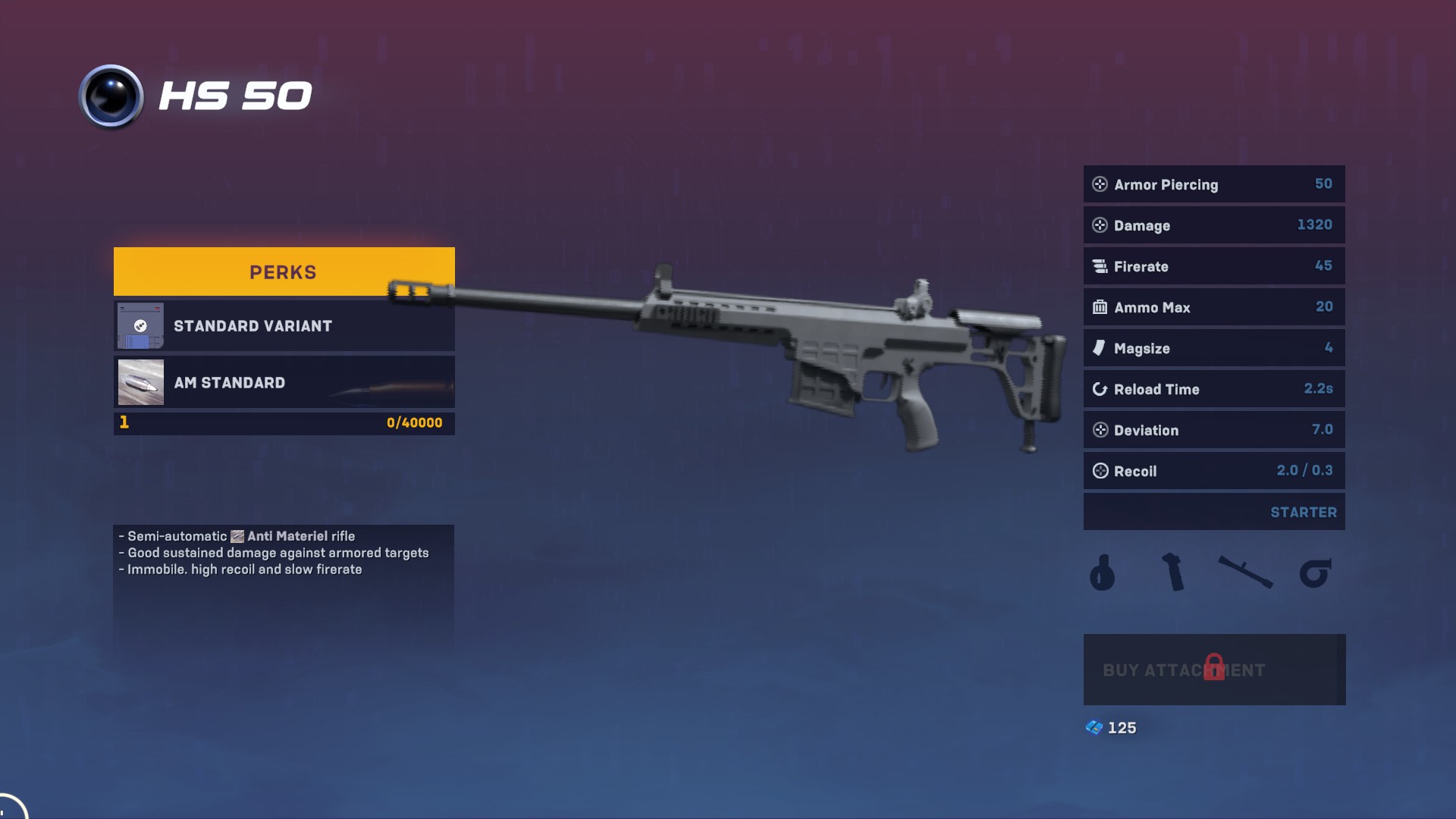 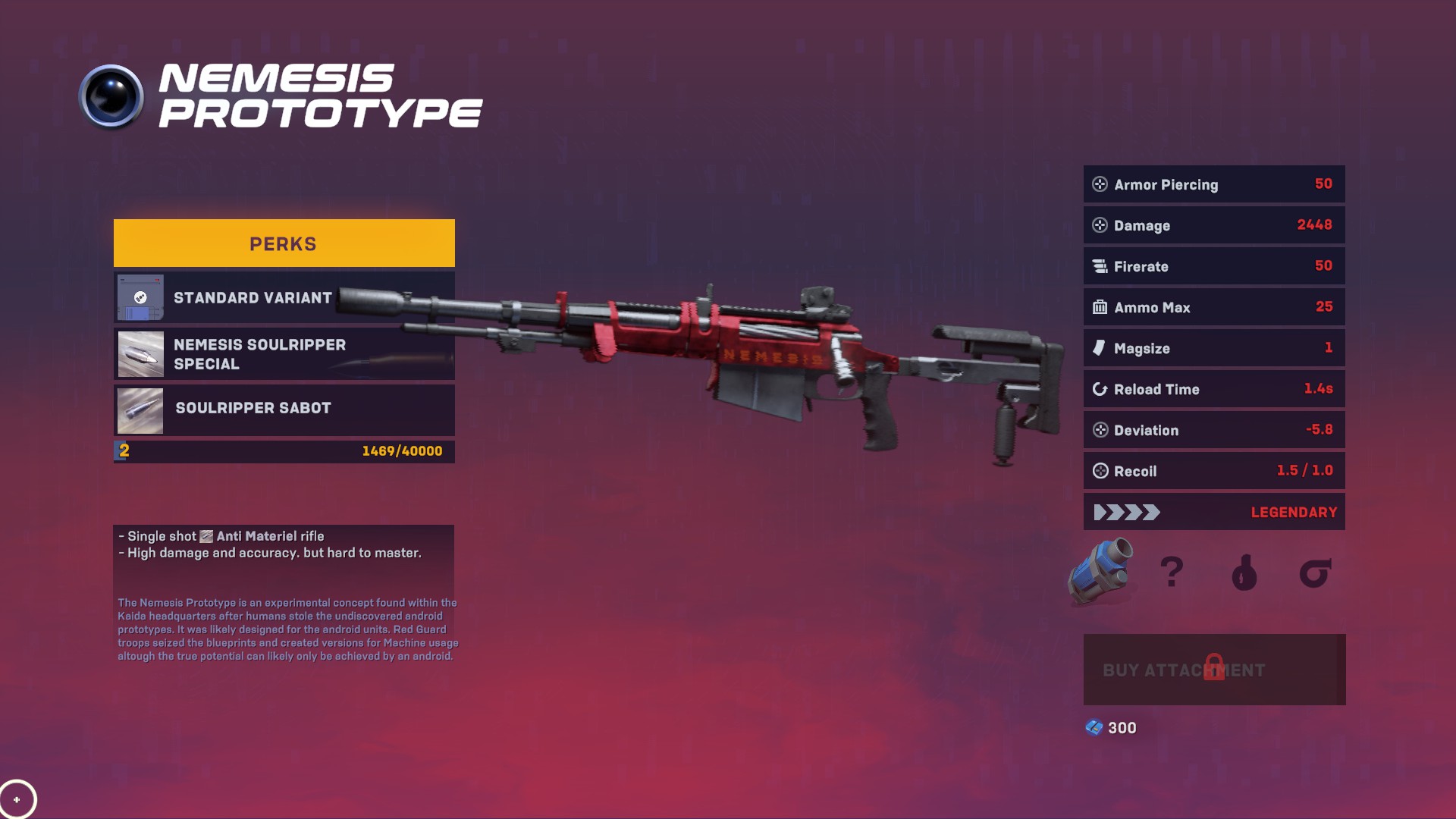 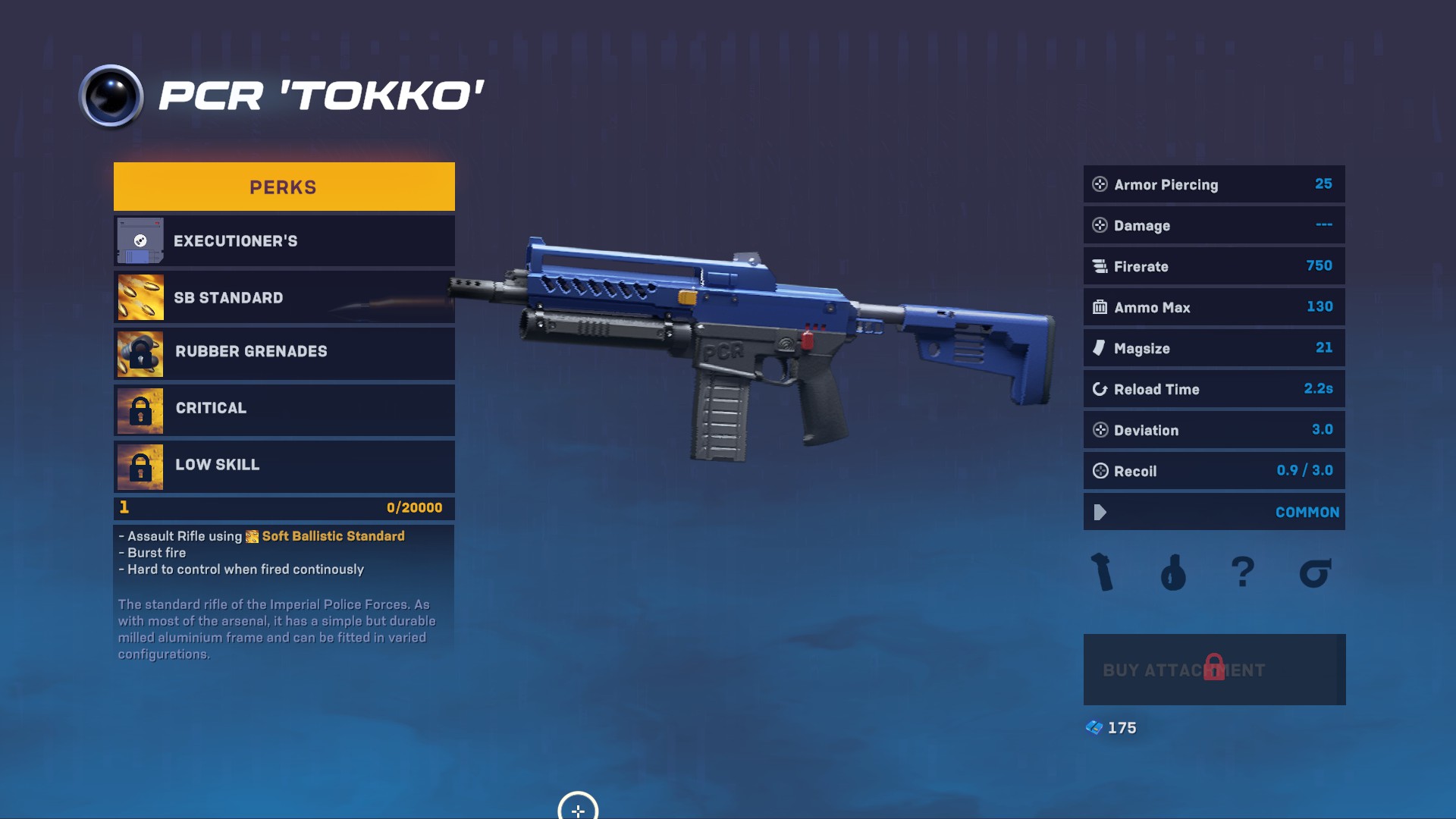 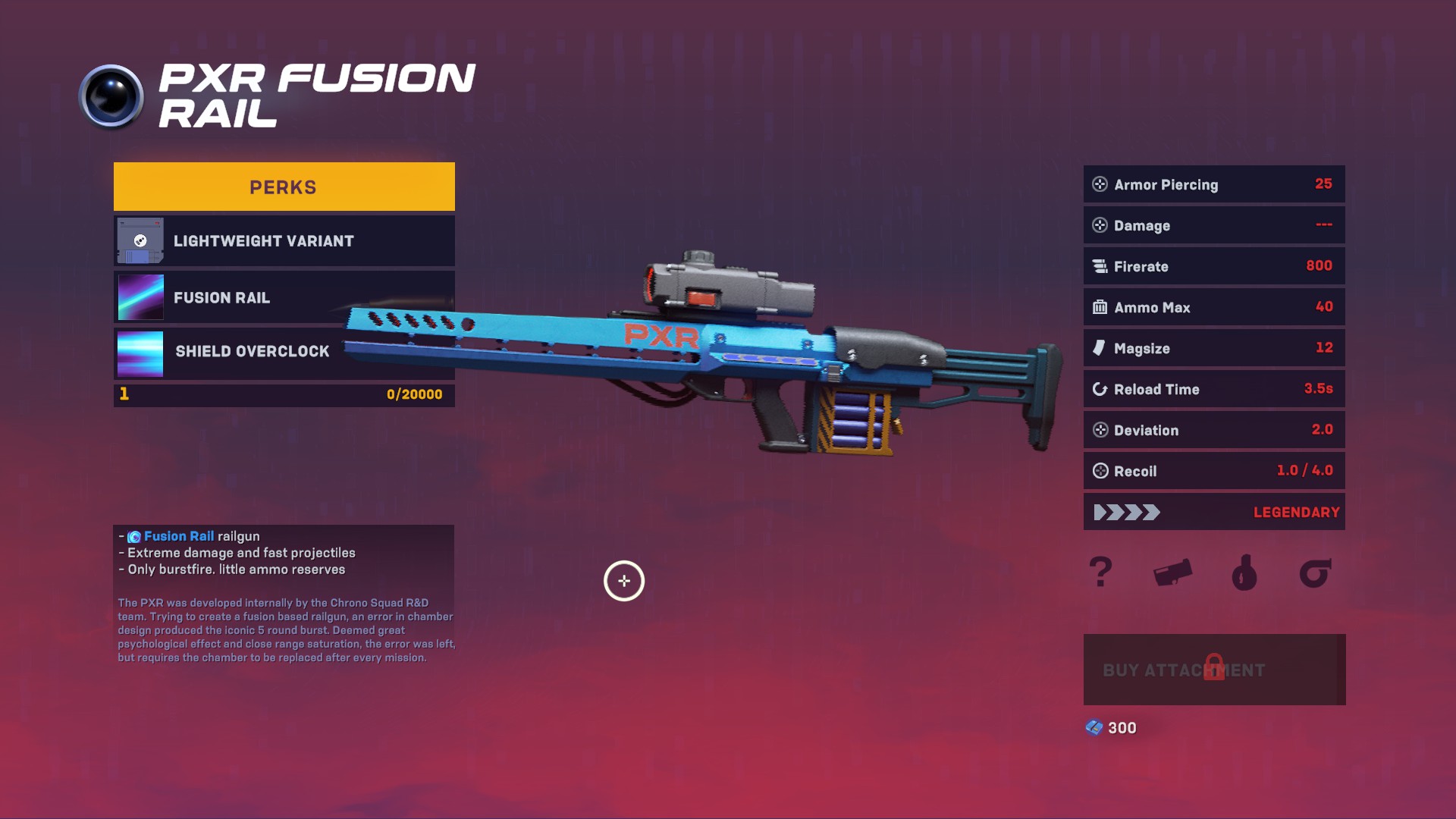 NOTES: This powerful, Fusion burst rifle is very effective against heavily armored targets. And anything, really, but given the 40-ammo reserve limitation, it’s advisable to save this weapon for the toughest enemies you encounter. 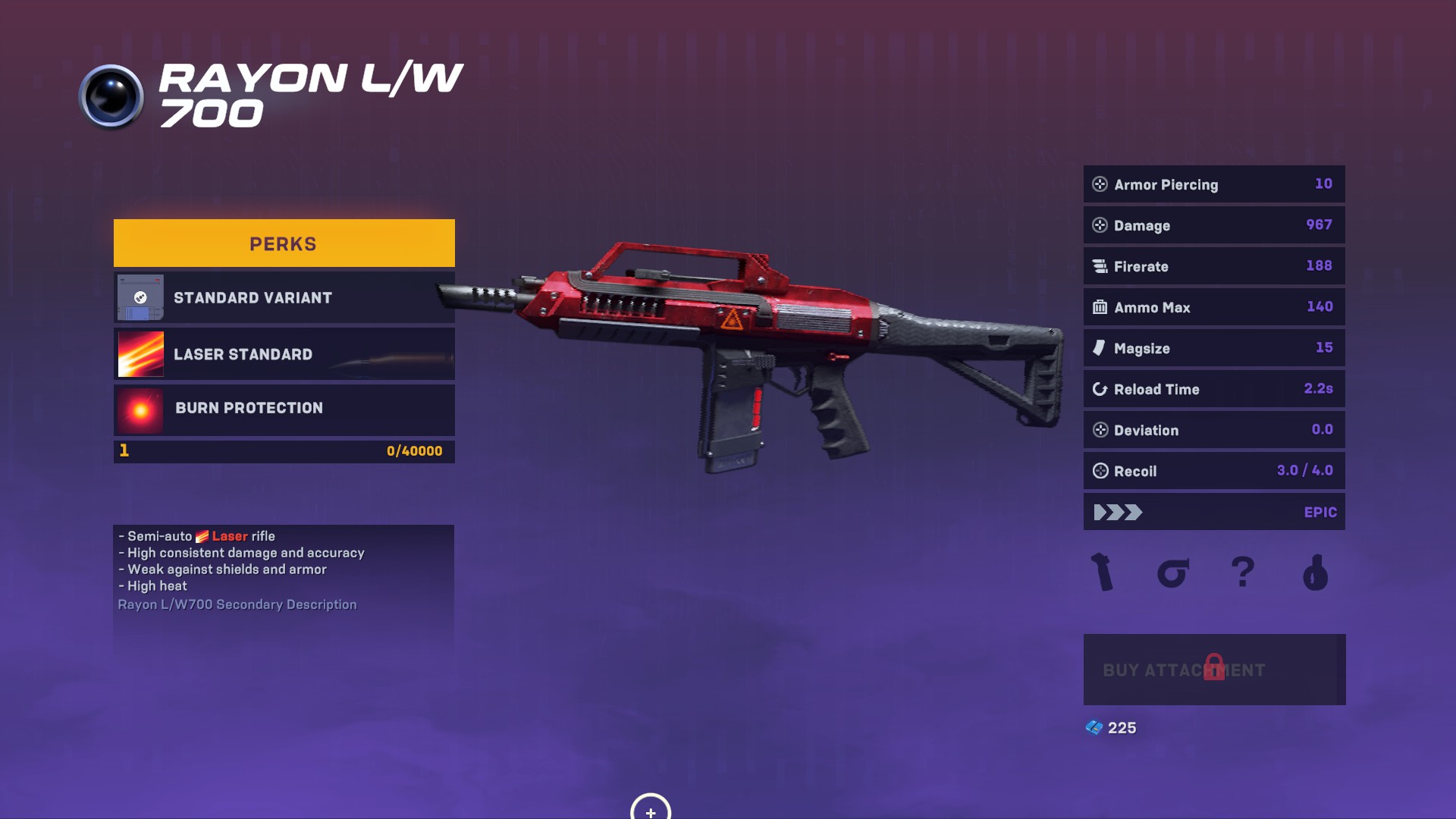 NOTES:Although fun to watch in action with its colorful, long red laser bolts, this weapon overheads quickly and doesn’t do much damage to armor. Look for upgrades to reduce and/or ventilate heat.


On occasion, the laser bolts will bounce off walls and you can actually use this fore at enemies around corners if you’re patient. 🙂 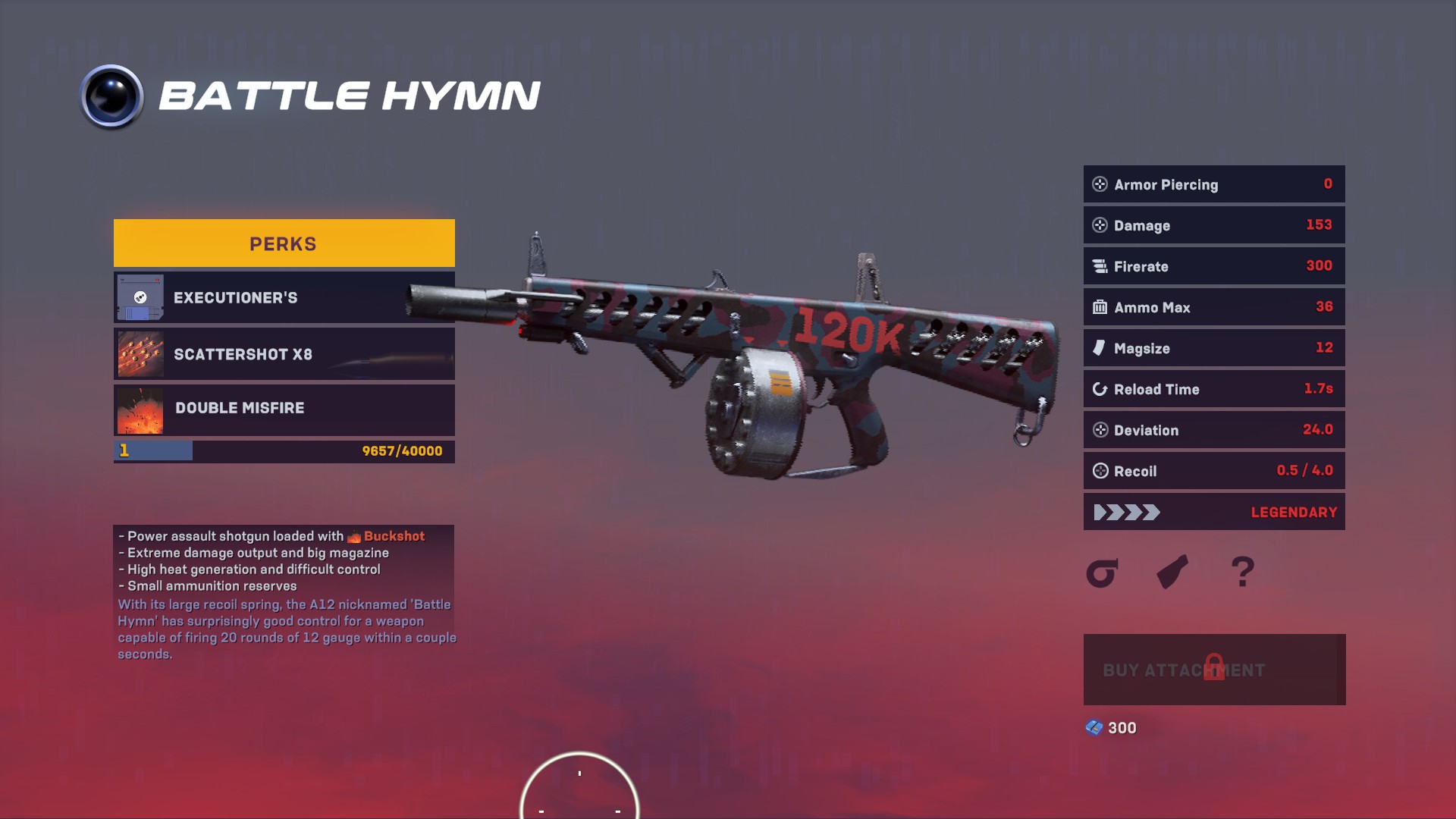 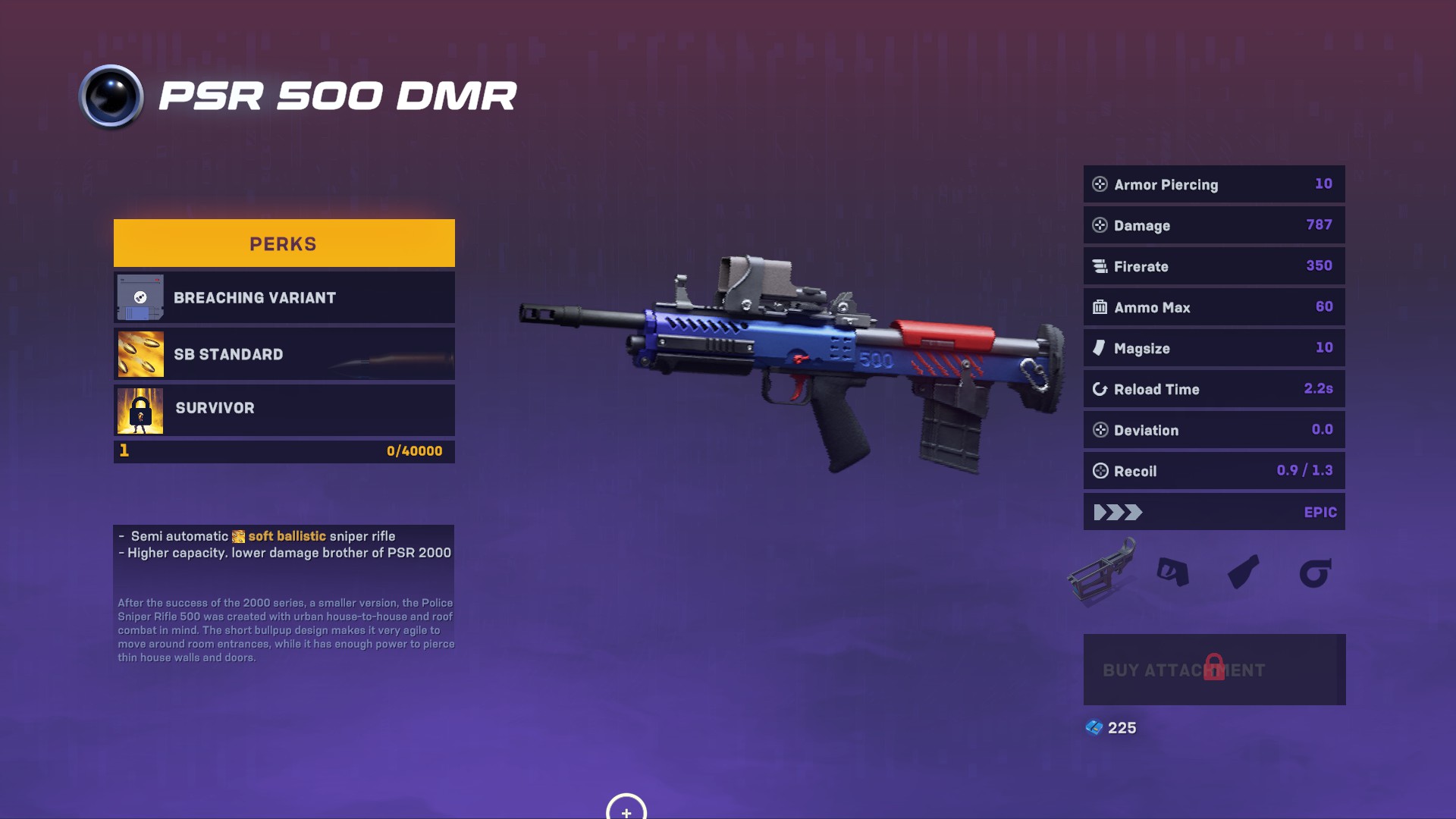 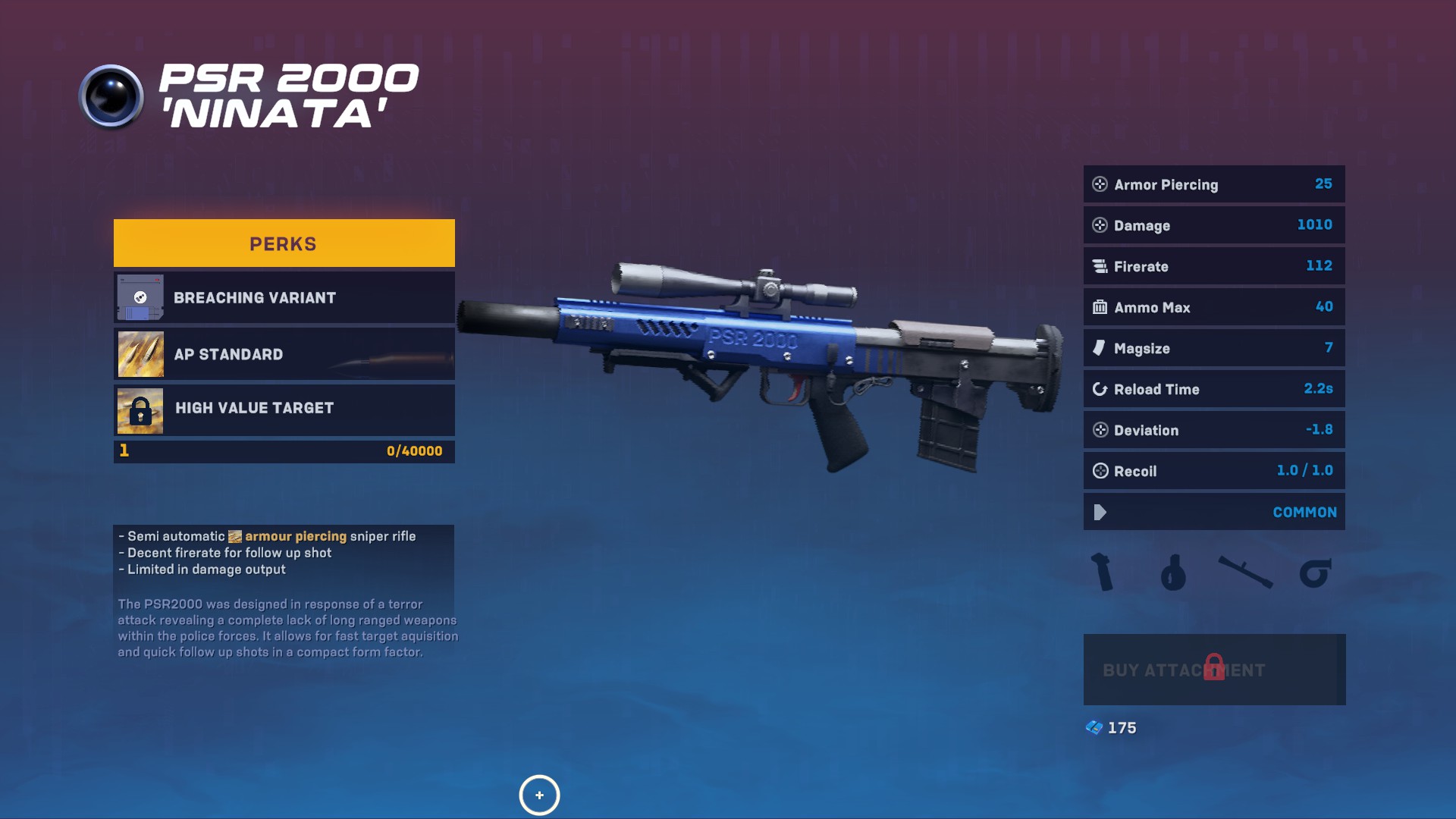 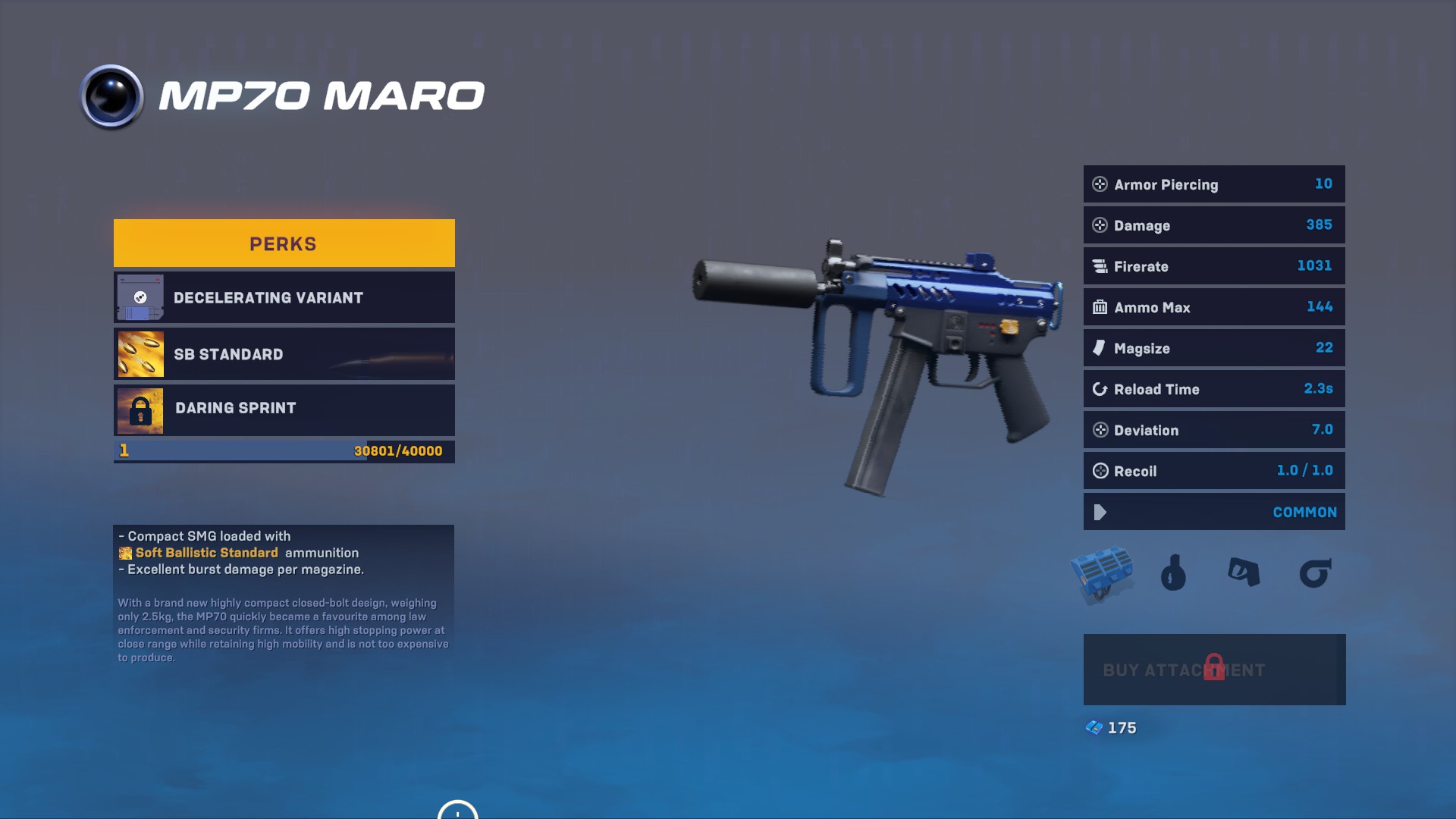 NOTES: This popular weapon has an extremely high rate of fire and modest range. It’s super effective if you’re keen on “running and running” and nailing enemies at close-medium range. It chews through it’s 22- round magazine quickly, so you may want to pick an upgrade that improves ammo efficiency and/or increases magazine capacity. 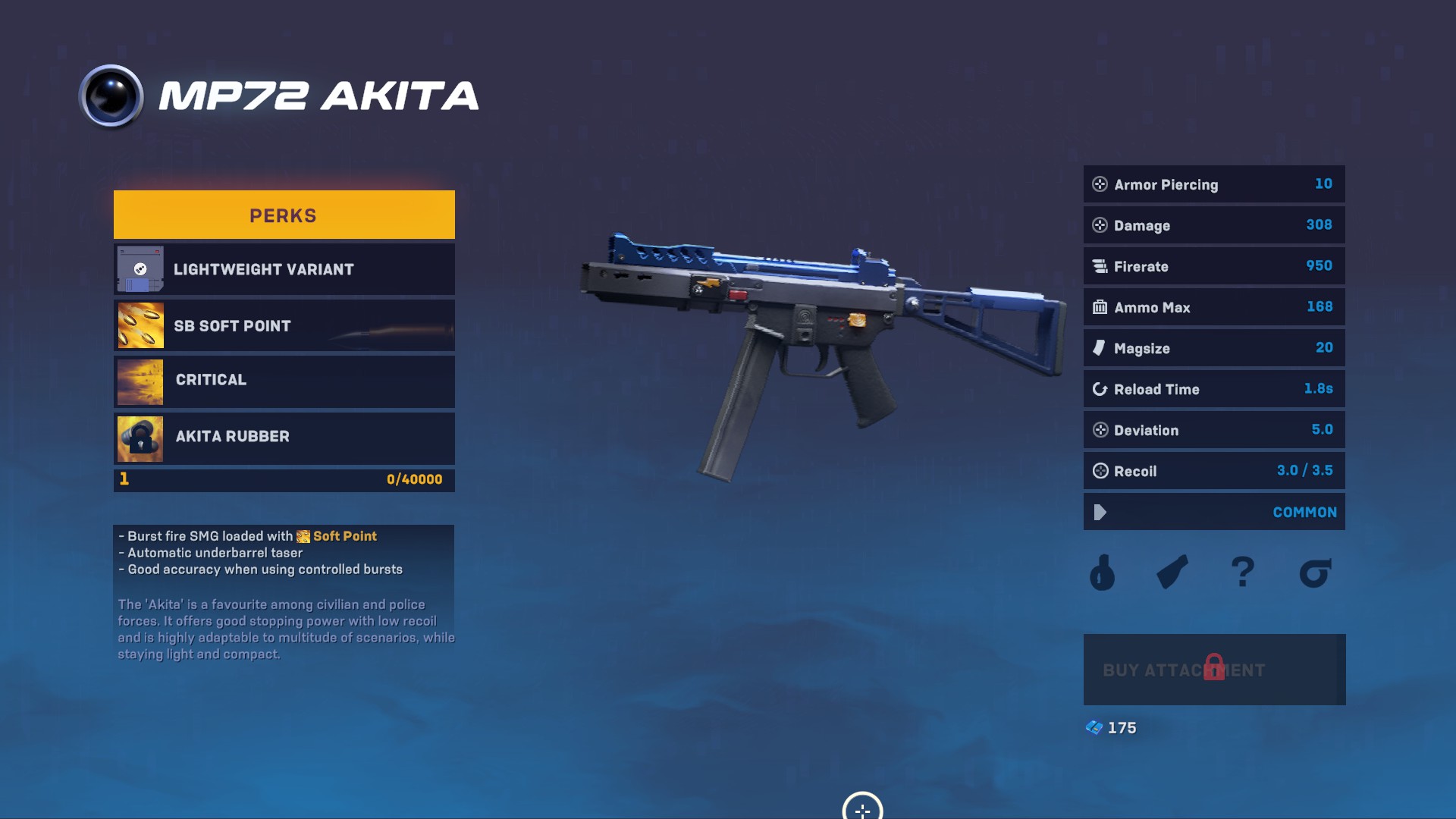 NOTES: Accurate burst-fire SMG with low-recoil but not much armor penetration ability. Although it’s not as “sexy” as some of its automatic-fire SMG brethren, it’s an excellent all-around weapon. 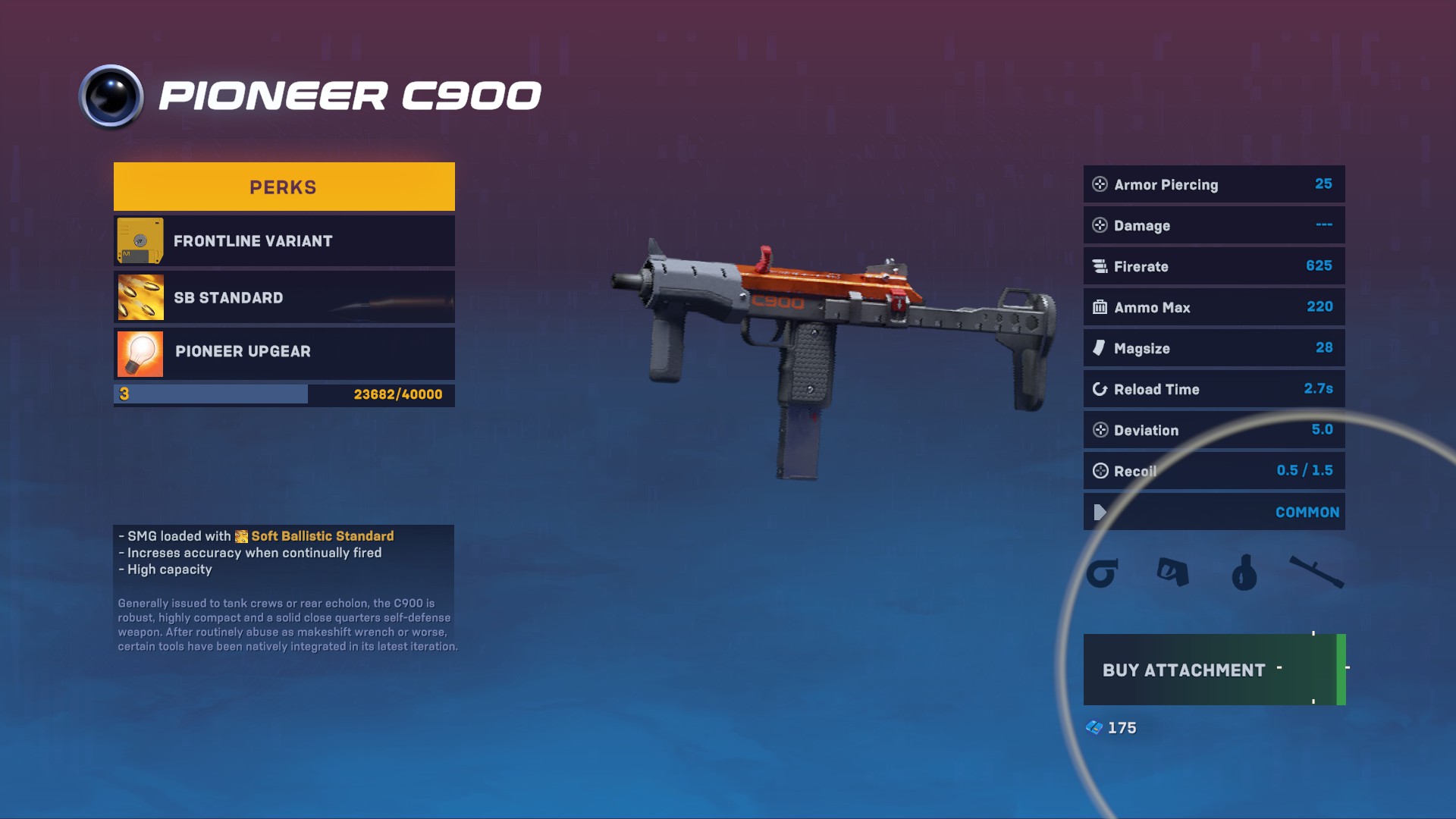 This is all about SYNTHETIK 2 – All Weapon Information + Builds; I hope you enjoy reading the Guide! If you feel like we should add more information or we forget/mistake, please let us know via commenting below, and thanks! See you soon!