With patch 0.6.1.0, of Equipment Update 2, Hunting and Skinning is beginning to take shape.

Generally in this game, hunting is not the main focus. This is instead used for Collecting pelts and meats and easy means of leveling up during the early stages of the game. If you’re struggling with dungeons and combat in general, starting slow by hunting.

As of now, animals are able to escape to another map, so once they spot you, bad luck. Unless they are territorial or aggressive creatures in nature which instead will attack you when provoked or run at you if you stay close too long.

Currently the best way to find animals is to venture to heavily wooded area or to the steppes. Either approach them slowly or proceed to shout to attract animals around you.

As of now, animals that will Flee when they spot you: 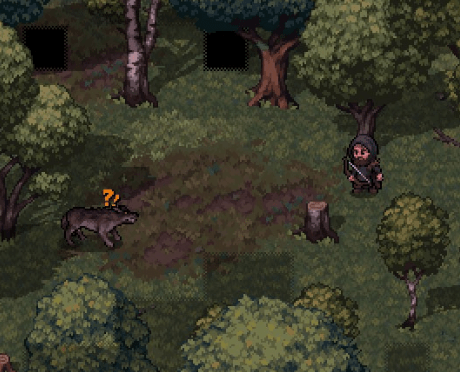 animals that will be wary(Orange Question mark) when they spot you:

Developer’s Note:
Since the game was first released, pelts had been dropping with a random chance. It was meant to imply that sometimes pelts are way too damaged, and that there was no use harvesting them. However, this mechanic wasn’t well-explained – unsurprisingly, it was only confusing players when they weren’t getting any loot after killing an animal.

To resolve this issue (and to increase immersion), we’ve added a new mechanic – skinning. Killing an animal is now just a first step: in order to get pelts, meat, antlers etc, you’ll need to harvest them. To do so, you’ll need something sharp in your inventory: a dagger, an axe, or at least a sword.

For the time being, skinning is implemented as a basic skill with 100% efficiency, but once Survival skill tree is in place, you’ll need to spend some Ability Points to learn how to do it properly.

With the new update Hunting is starting to shape up. As stated in the Patch Notes 0.6.1.0, New Mechanics are introduced, the following new mechanics proves to be useful for hunting purposes.

Currently, Noise is uncertain as the stealth mechanic is quite questionable.

For now, skinning success rate is 100%. However, the way an animal is killed is an important factor.

You’ll get the best outcome with piercing weaponry, which won’t damage pelts too much. If you score a kill by primarily using Piercing Damage, the chance to get a pelt will be the highest.
Thus using weapons such as:

Will yield the highest chances of obtaining pelts.

On the other hand, Slashing damage types fare much worse, as cuts won’t do any good to a pelt’s condition. As for using Pyromancy, you can imagine the outcome… Naturally, the market adjusts accordingly: since harvesting pelts is harder now, their value has been greatly improved. 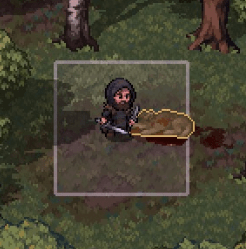 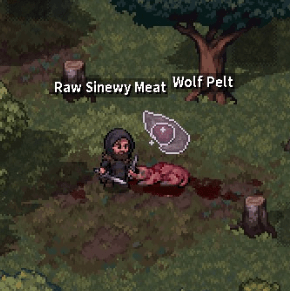 Pelt Drop: No (Killed with Sword) 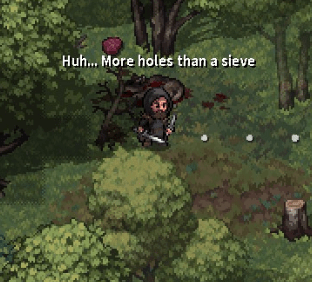 And Similarly to other NPCs these animal may enter the fleeing state. 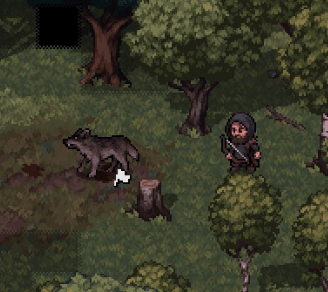 Animals will drop either of these after skinning:

Moreover, the way these animals are killed will determine the conditions and loots that it will drop.

For example, you deal majority damage with Pyromancy. Thus;
– Pelt drop is null, skin is burnt to crisp.
– Meat will be Well-Done, cooking is not required.

General idea if Animals is worth your time to kill:

Hope you enjoy the Guide about Stoneshard – Hunting Guide (Patch 0.6.1.5), if you think we should add extra information or forget something, please let us know via comment below, and we will do our best to fix or update as soon as possible!