NOTE: It would seem that achievements are bugged for a good number of people, so following this guide may unlock them for you, or it may not. I wrote this guide in 2018 and updated it in 2019 when Luka’s route was released, back then the achievements worked fine (for me). If they aren’t working for you I suggest you contact the dev team, or see keep an eye to see if anyone finds a fix in the discussions, unfortunately I’m clueless as to why it’s happening and can’t help :'( 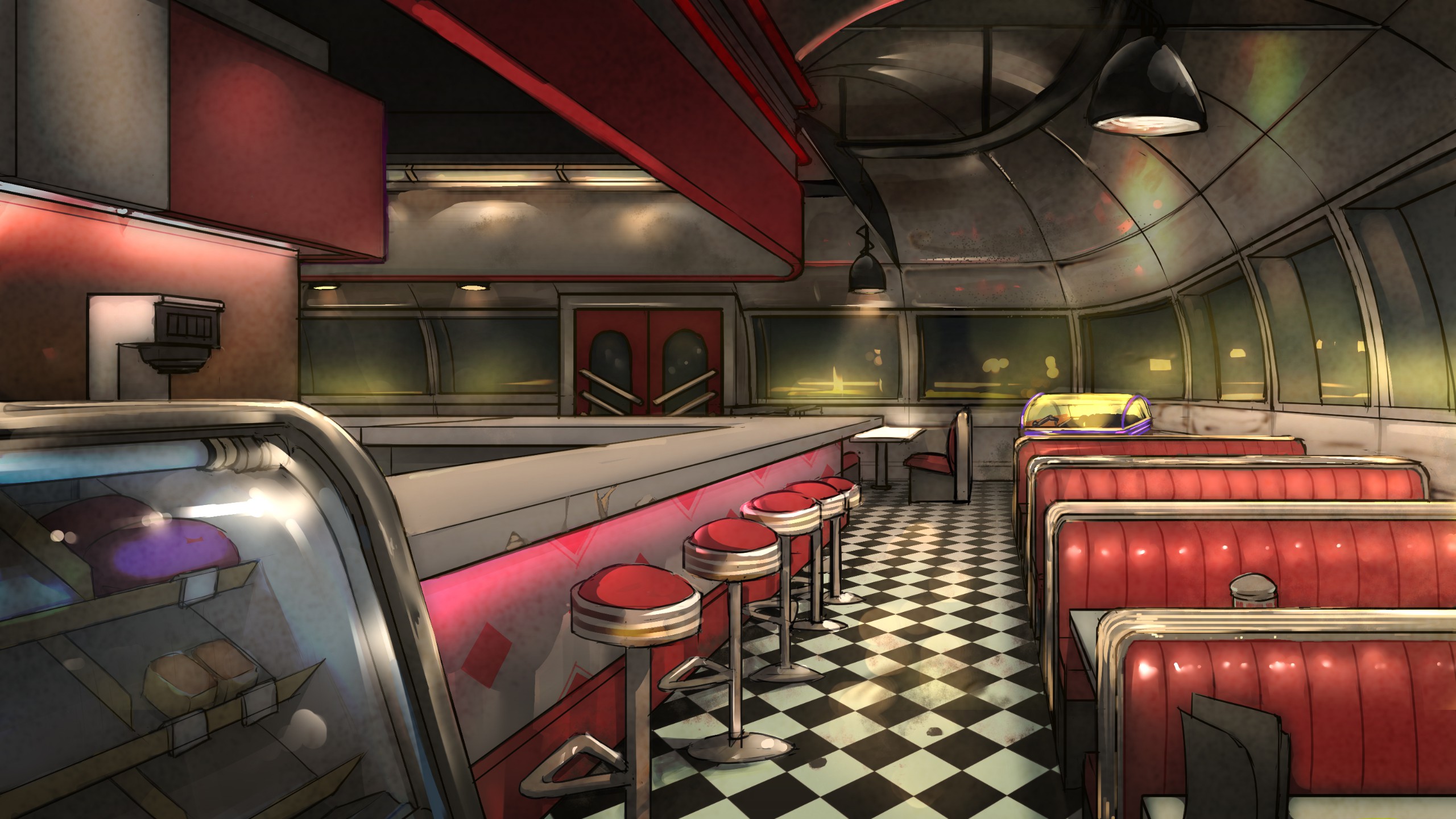 Please do come in, take a seat and make yourselves comfortable whilst I prepare your drinks. The menu for today consists of a simple achievement and endings guide that I hope will be to your liking!

Just a quick bit of information. This game seems to have quite a few possible answer combinations you can use for each ending. I’ve gotten one of Issac’s ends using a couple different methods but have decided to pick the one that let me use the unlockable answers to try and make this as easy as possible to follow.

I suggest playing through the game by yourself for the first couple of runs, its far more fun, well in my opinion at least.
This guide is just here for those of you who don’t like having to go back and try again and again (me) for achievements, or for those that simply need a push in the right direction.

Luka now has is own route (squeeee) but I really didn’t feel up to editing the whole of this guide to incorporate him into it from the start. So, he has his own little section with answers at the end.
It should make sense to those who have already played the game before his update, and also for those just starting out now 🙂 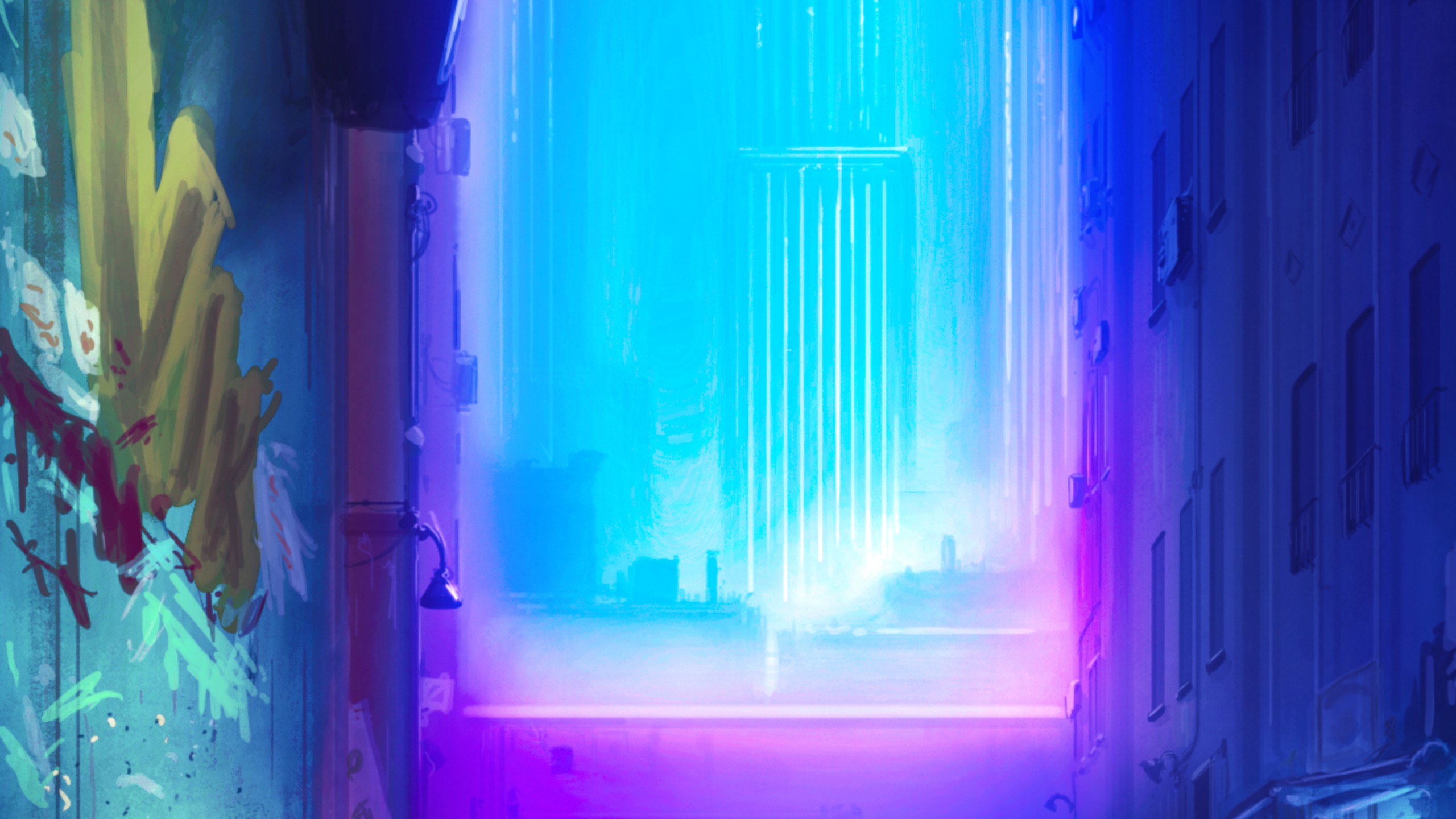 This is totally not an excuse to post more shots of the pretty coloured backgrounds, honestly.

So this game is like any other VN out there (minus the kinetics) that let’s you pick and choose how you want the story to play out, usually by selecting from one, two or three different options.
This one however has a little twist in that the answers you pick will have certain stats fixed to them that affect how the MC acts and responds throughout the story.

When you get to the first lot of options a message will pop up explaining the mechanic.

There’s a couple of achievements attached to how many times you respond with a certain stat, but overall I found that there’s a route for each guy that can be completed with a charming/gentle attitude and another with a more blunt/aggressive style.

I’ve made two save files, one with a charming/gentle playstyle, and the other with the blunt/aggressive style that I just reload from in order to get the desired endings. I am undecided on whether I’m going to write the stat changes after every answer or not, I guess it depends on how messy it looks!

If I do decide to put the stats after every choice then I’ll add a quick key below;

Also, I’d like to add that in order to get the last achievement ‘Antediluvian’, you will have need to have viewed all of the text. As such, I recommend saving the game (not in slot 1 or 2 as these are the ones I reference throughout the guide) and then choosing all available text options and reloading, before finally choosing the answer in the guide to proceed with the route.

I may be wrong about that, but it seemed like it when I was playing through. Eh, feel free to let me know if that’s bull.

That being said, I had the achievement ping and when it comes to the freelance work Ash does, I only ever chose Writing for the charm/gentle routes and Music for the aggressive/ blunt routes. So I haven’t seen any of the text to do with Art…. and it still gave me the achievement. Which is odd but I’m not complaining. 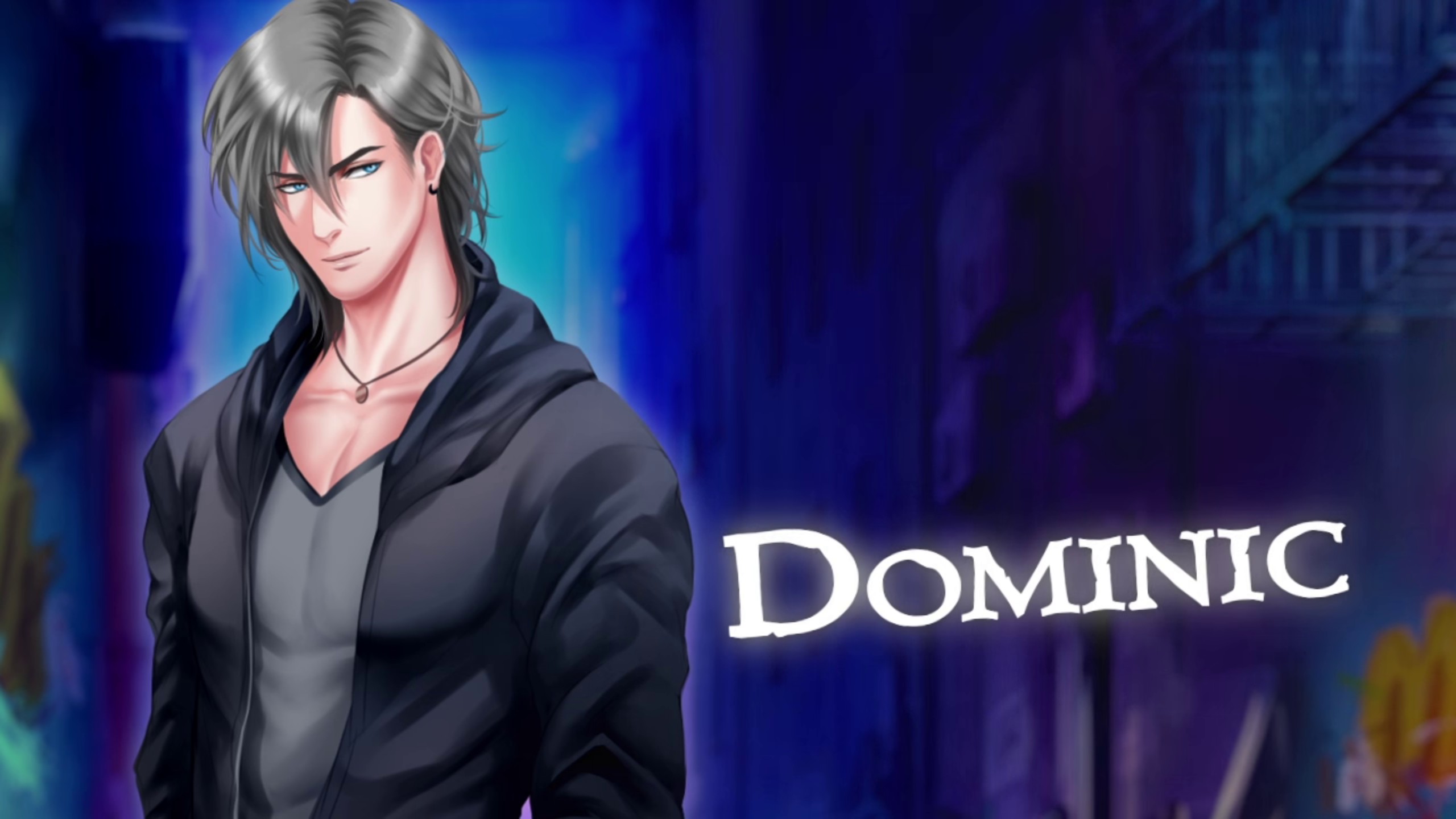 Let me start off Dominic’s route with our first achievement;

Plagiarism is achieved by naming the MC after one of the romance options, Dominic, Isaac or Rex. I used Rex because it was the only one I could remember from the intro! The game will grant you the achievement and then kindly ask you to rethink and name him again. You can either stick with the default name of Ash, or choose your own.

Note:Make SAVE 1 here– the answers above will form the base for our Agressive/ Blunt endings, we can just load up save 1 when needed, instead of going through it all again! Ending 1 continues below.

During the later stages of this route ^ the following achievements should unlock;

I Don’t Mince Words– for giving all Aggressive/ Blunt answers.

I’ll Miss the Sun– for choosing the unlockable, ‘No, it isn’t’ option.

Note:Make SAVE 2 here– the answers above will form the base for our Charming/ Gentle endings, we can just load up save 2 when needed, instead of going through it all again! Ending 2 continues below.

The following achievements will unlock in this route;

Can’t We All Just Get Along?– for going the non-violent route.

That should be it for our silver haired muscle man endings wise.

Like I mentioned previously, it would be worth loading up save 1 & 2 now and after choosing to chase after Dominic, to go through and explore all of the options you haven’t seen. Would be a lot easier to track doing it this way.

You can also check how much of the text you’ve seen so far by going into the Extras menu and clicking on the Endings tab, it should tell you at the top. 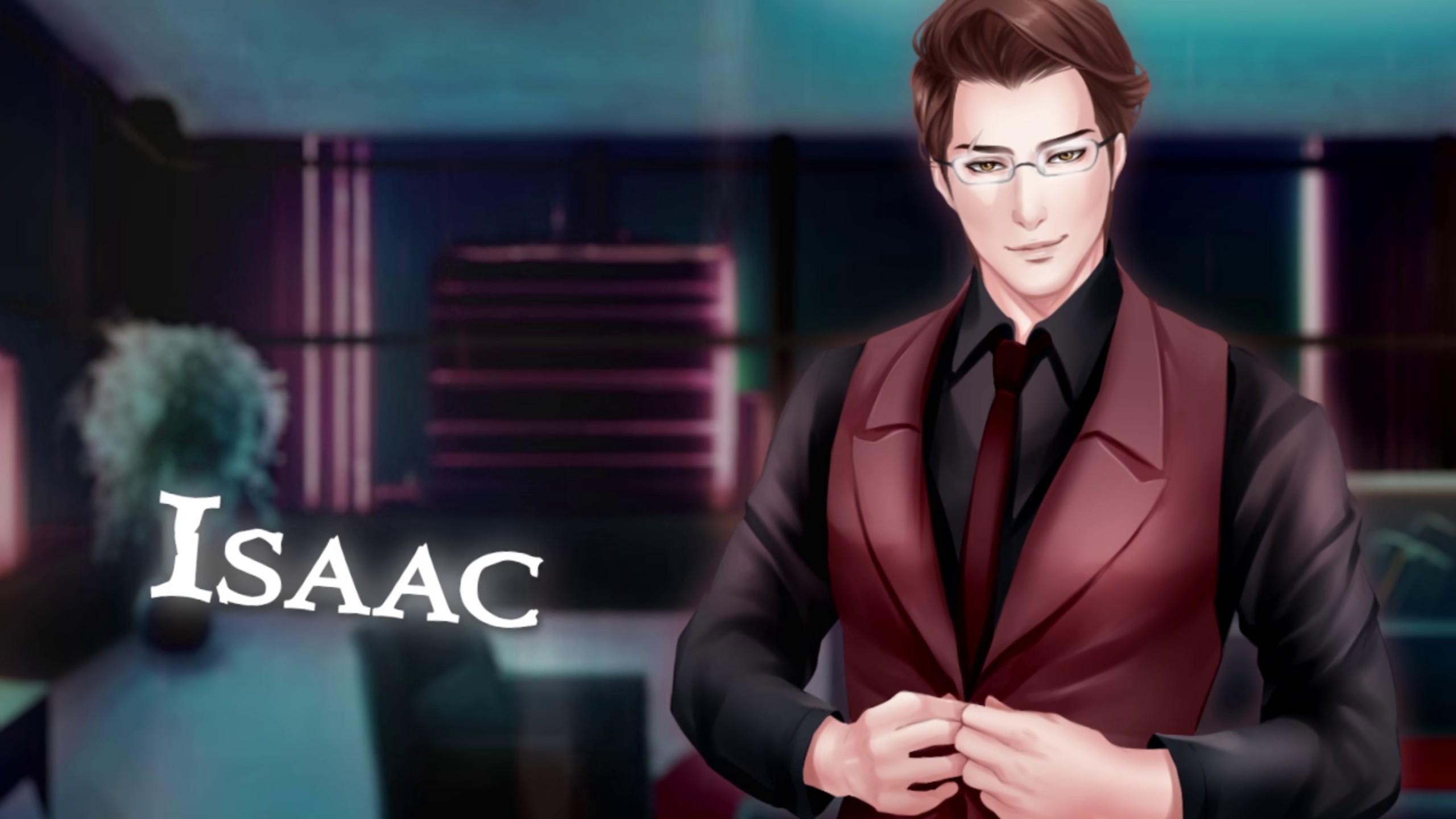 Right for Isaac, I played through and got some achievements to do with choices and then couldn’t get ending number 1 for him, so I went back through and did his routes differently and those are the ones I’m going to write down for getting his 2 endings. (Apologies if this doesn’t make much sense, but it’s hard to explain!)
The first lot of answers below will only be for unlocking the corresponding achievements;

Assistant of the Year– for reminding Isaac that you’re his a*sistant.

That should be it for the flirty not-so-much-a-vamp Isaac. Again I cannot stress enough how important it is to go back through and pick different answers!!! Please, just do it 😉 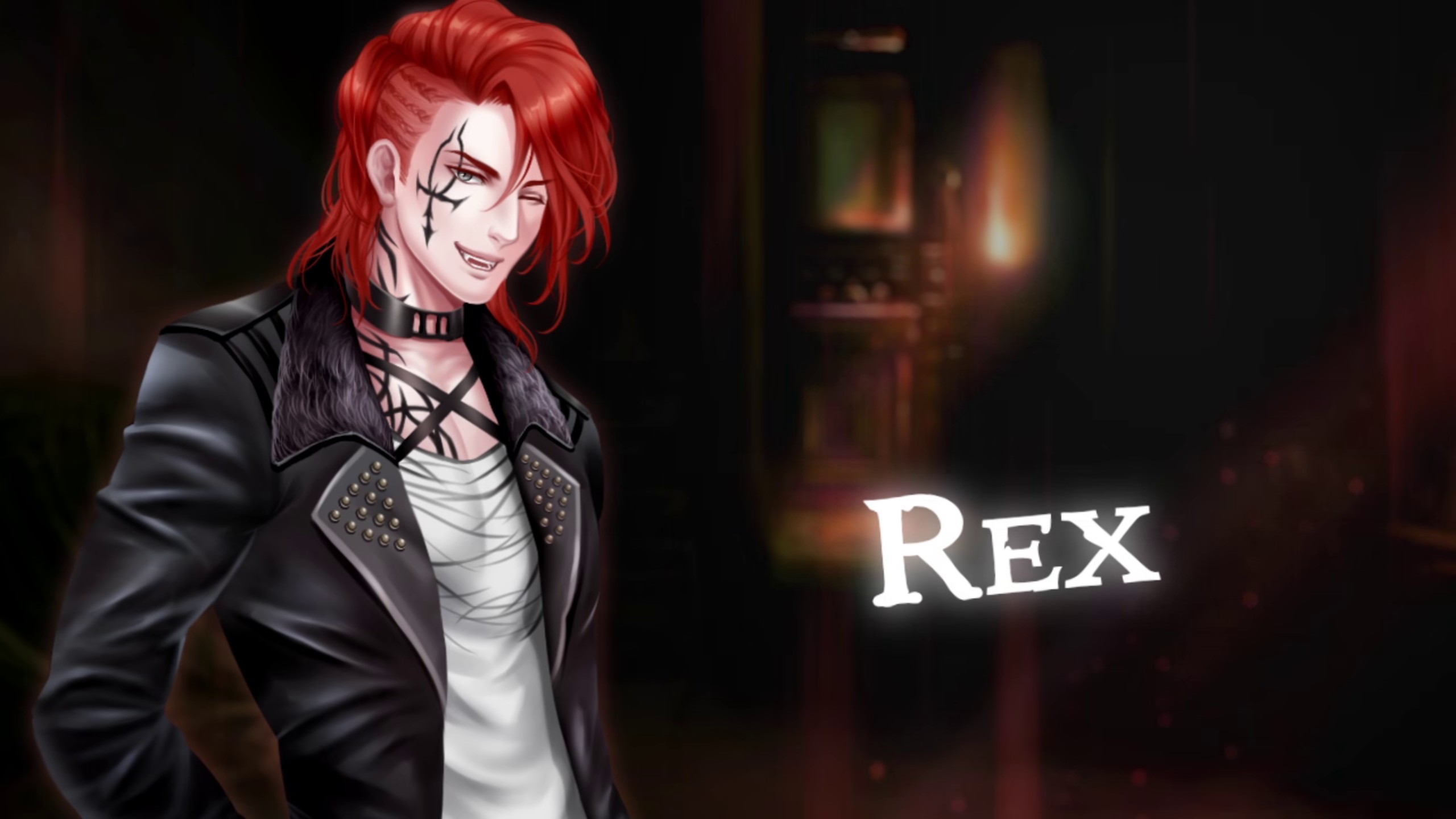 Right then, down to our last vampire. Ahh Rex, his route gave me issues with trying to unlock one of his options, but I finally did it!

I’ll Bite You Back– earned for picking the unlockable option ‘Watch out for next time’. 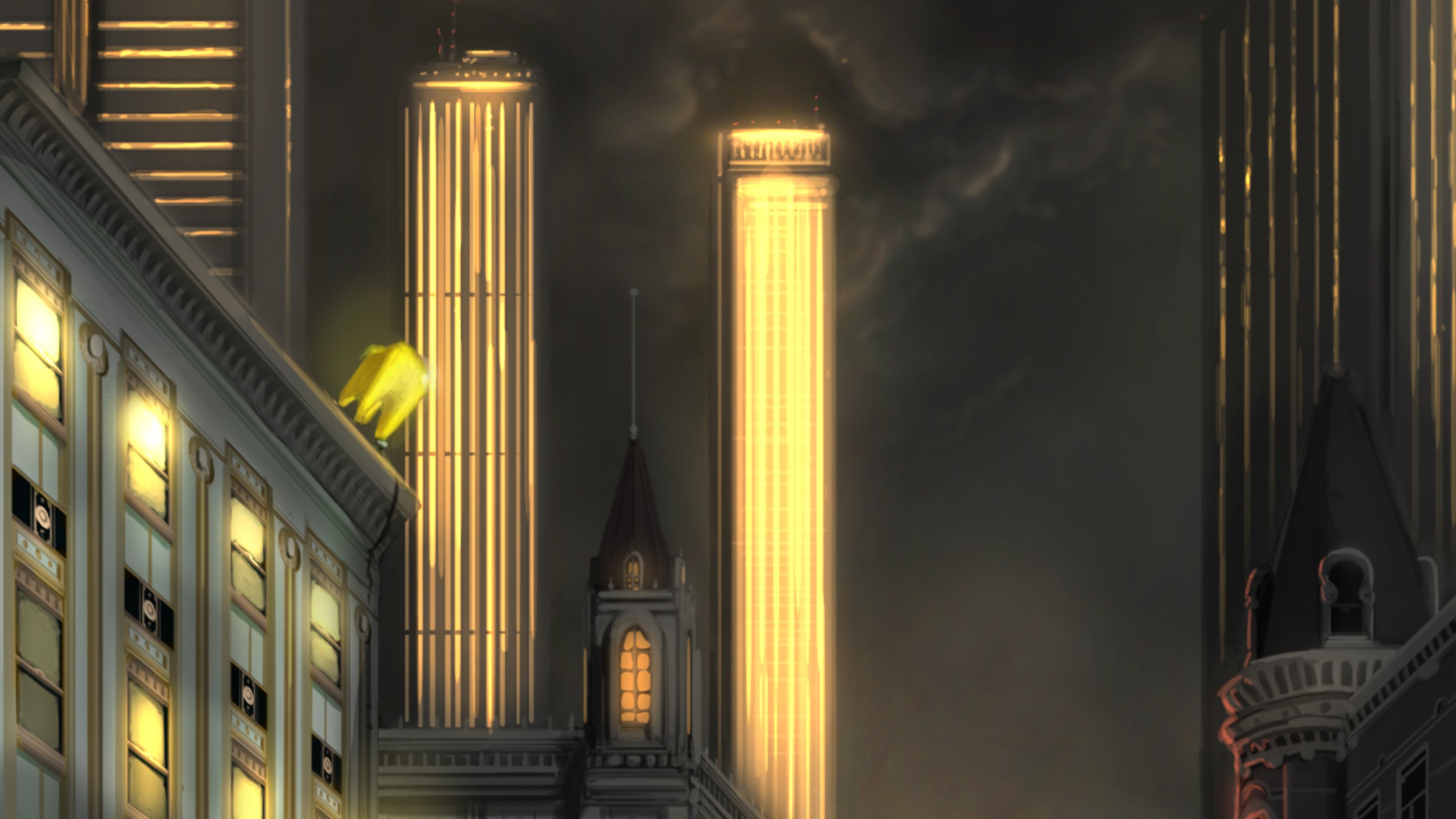 From here just follow the steps (after the save) for Ending #1 for Isaac or Rex, or Ending #2 for Dominic and you should see all the work related text for the last occupation.

The last achievement, as I’ve mentioned many times before, is for viewing all of the text.
If you’ve been good and gone back through and exhausted all options then congratulations- Antediluvian should pop up for you!! 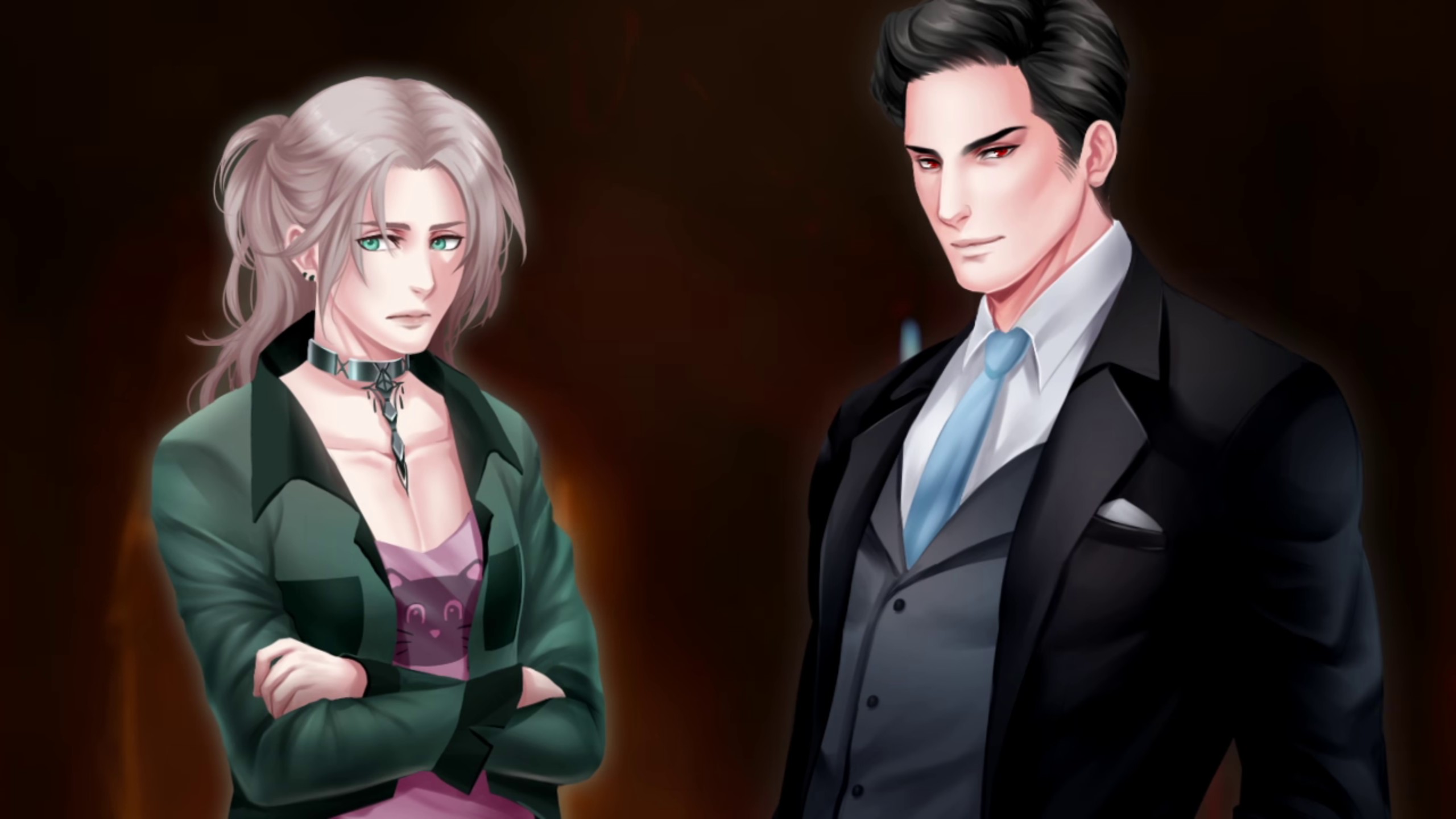 Luka now has his very own route!! Yay, we can date the little blond cutie!

I wanted to use my saves from the previous routes but Luka’s option wasn’t available, so I had to start from the beginning for his two endings T_T, but it’s really not that bad a deal because I got to read the story again- if you’re like me, it’s been a little while since playing the game so it was nice to have a little refresher.

If however you’re playing through the game for the first time, then I’d imagine when you get to the option to pick your man, Luka will be there and you can save as stated in Dominic’s route. If that’s the case then you can just reload from that point (either save 1 or 2, depending on which personality you need for the ending.)

So for this route I went for the aggressive/ blunt options for the build up. If you’ve started playing after the Luka update then you can just load Save 1 from Dom’s route and then pick -Follow Luka.

For those that had to start again, like me then here are the choices I picked for this ending.

This is where it branches off for each guy.

And that’s one ending wrapped up. Picking the unlockable option will give you the achievement;

But I’m no butcher boss– this is the newly added achievement.

Ending #2: Until the Last Days

For this ending I went for the charming/ gentle personality. Again, if you’ve started playing after the update then you can just load up Save 2 and pick -Follow Luka and go on with the rest of my answers from there.

Here’s my choices for those who have to start again;

Branches off here for each guy.

And that’s it for Luka!

Hope this helps those of you needing the last new achievement! <3 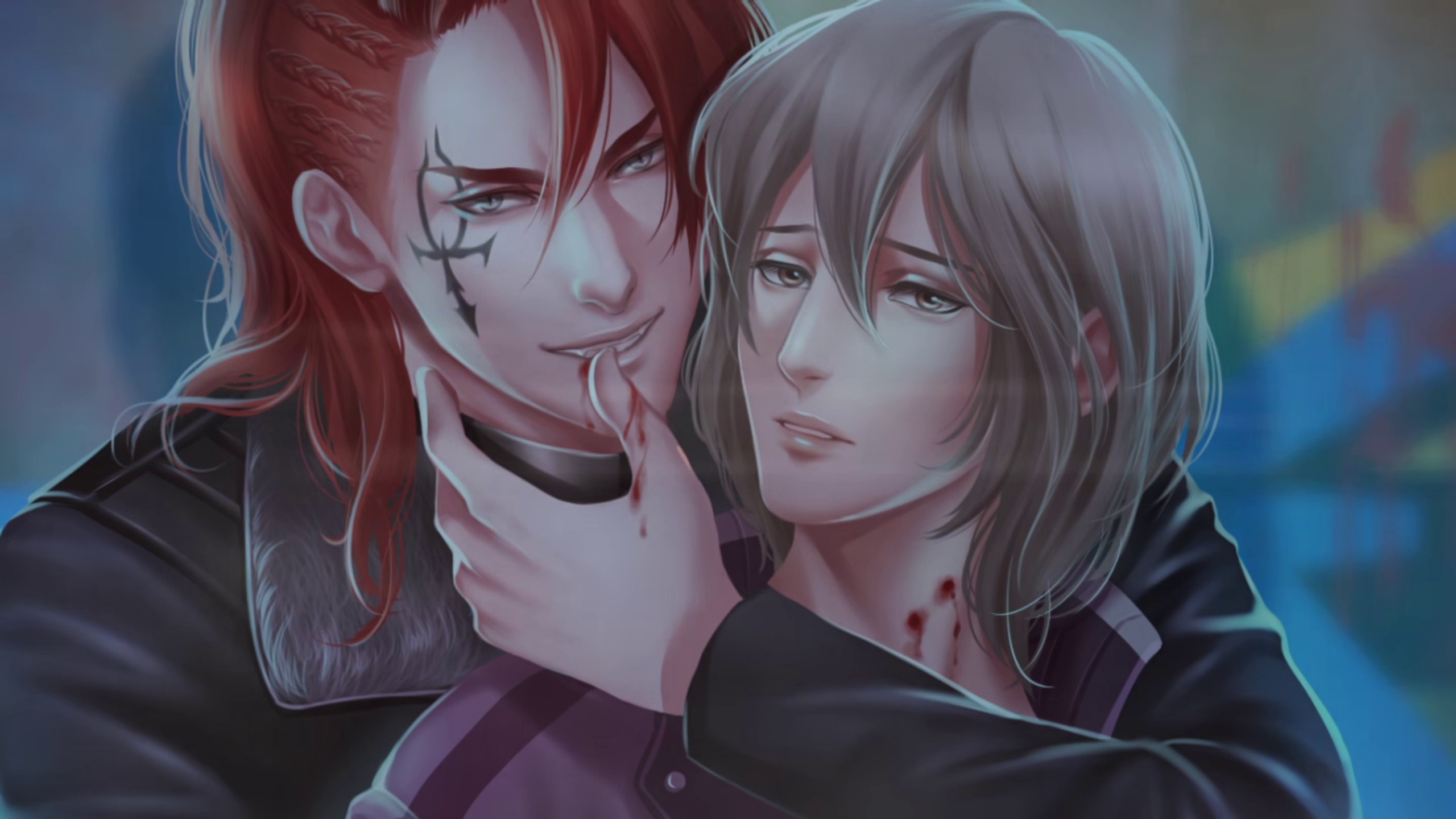 This is all about Red Embrace – Guide [100% Complete]; I hope you enjoy reading the Guide! If you feel like we should add more information or we forget/mistake, please let us know via commenting below, and thanks! See you soon!