A guide of the team I make when i play phoenix point!
I hope it inspires gamers who are a bit lost with what they can do and give them an example of an efficient team.

As early as possible, build 2 training center in your first base, leave your dudes training while you explore. Hire more dudes and send them here, steal their gear, let them train.

If the next base is far away, build a Training Facility, a Medical Bay and Living Quarters
If the base is pretty close, build many Research Lab and Fabrication Plant
Scap the Access Lift
Make sure every base has a Satellite Uplink and a Mist Repeller (when available)

Keep the manticore for your first exploration/trade team, stuff one person in it.
Or better, any terrain vehicle you can find; If you’re ambushed, you can just wait for the vehicle to tank damage and then leave.

Steal a Thunderbrid from New jericho.
It’s almost as fast and you got one extra seat, it’s perfect to send your troops to city to defend, nest to destroy or story quest.

Steal a Helios from Synedrion, put one dude or vehicule, make it your second exploration/trade team.

When all the dudes you hired and sent at your first base are tough enough to be sent on duty, steal another thunderbird and create a second attack team.

Assault gives you control over the terrain, unlock “Dash” and give them 11 will power and as much mobility as you can.
Berserk will give you the best warrior, the skill “Ignore Pain ” gives you “Disabled body parts remain functional. Cannot Panic or be Mind Controlled. “, which is pretty useful since you will always be able to use your two handed weapon even with two broken arms, mindfragger is completely ignore you, and you’re certain that your unit won’t be controlled by a siren. And you can’t panic? Love that perk.

Synergy:
So the Assault/Berserker can dash a great distance, then shoot 3 times at point blank on any weak point you want.
Give him a Harrower shredding shotgun and every siren dies in one action. I love it.
Next to a scylla, you can do 1000dmg with one character. 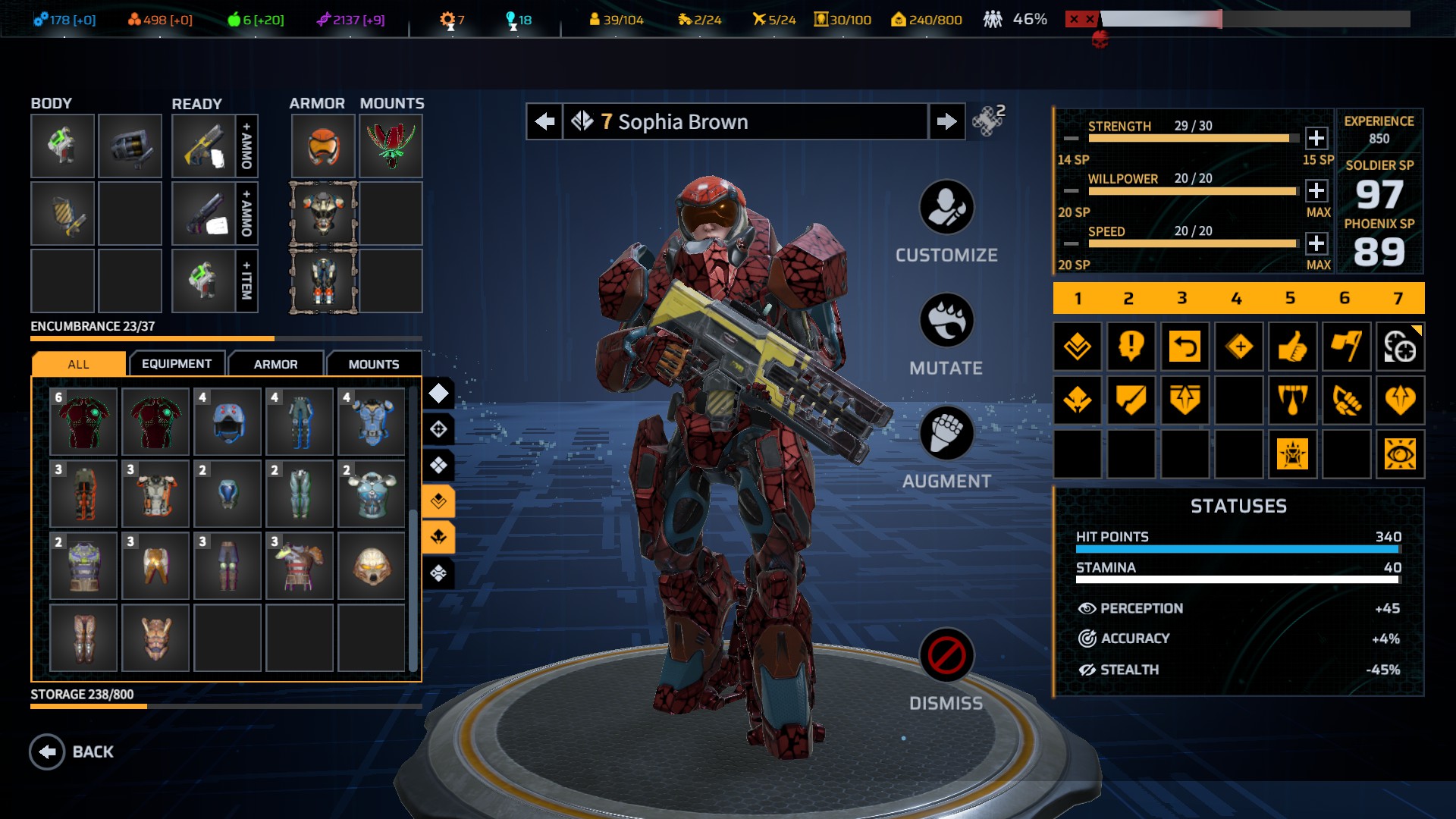 Sniper gives you “Quick Aim”, “The action point cost of the next shot with a proficient weapon is reduced by one.”
Heavy gives you “Inspire”, “Killing an enemy grants allies 1 additional Will Point ” will is very useful with a sniper, if you use it to kill weaken enemies around the map.

Synergy:
Both sniper and heavy have weapons that take three action points, so this skill will be useful for shooting precisely with any sniper or give everything with an heavy weapon twice for each turn. If you kill anything, it’s 3WP, so another quick aim for the next turn.
Give them a handgun if you can! It’s one action point so Quick Aim makes it FREE!
If close to a big enemy, you can shoot twice with the gatling, which is very nice.
Flying to the top of a building and use your mounted gear, or combine Quick Aim and Extreme Focus to have a 1 AP overwatch shot.
The laser array is CRAZY precise, you can really aim for an enemy’s head. But it’s a laser so it doesn’t pierce armor, aim for part without armor.
You can easily combine a standard sniper shot and a laser shot in one turn.
Take the viral perk if you can! 12×2 virus on any scylla is welcome! 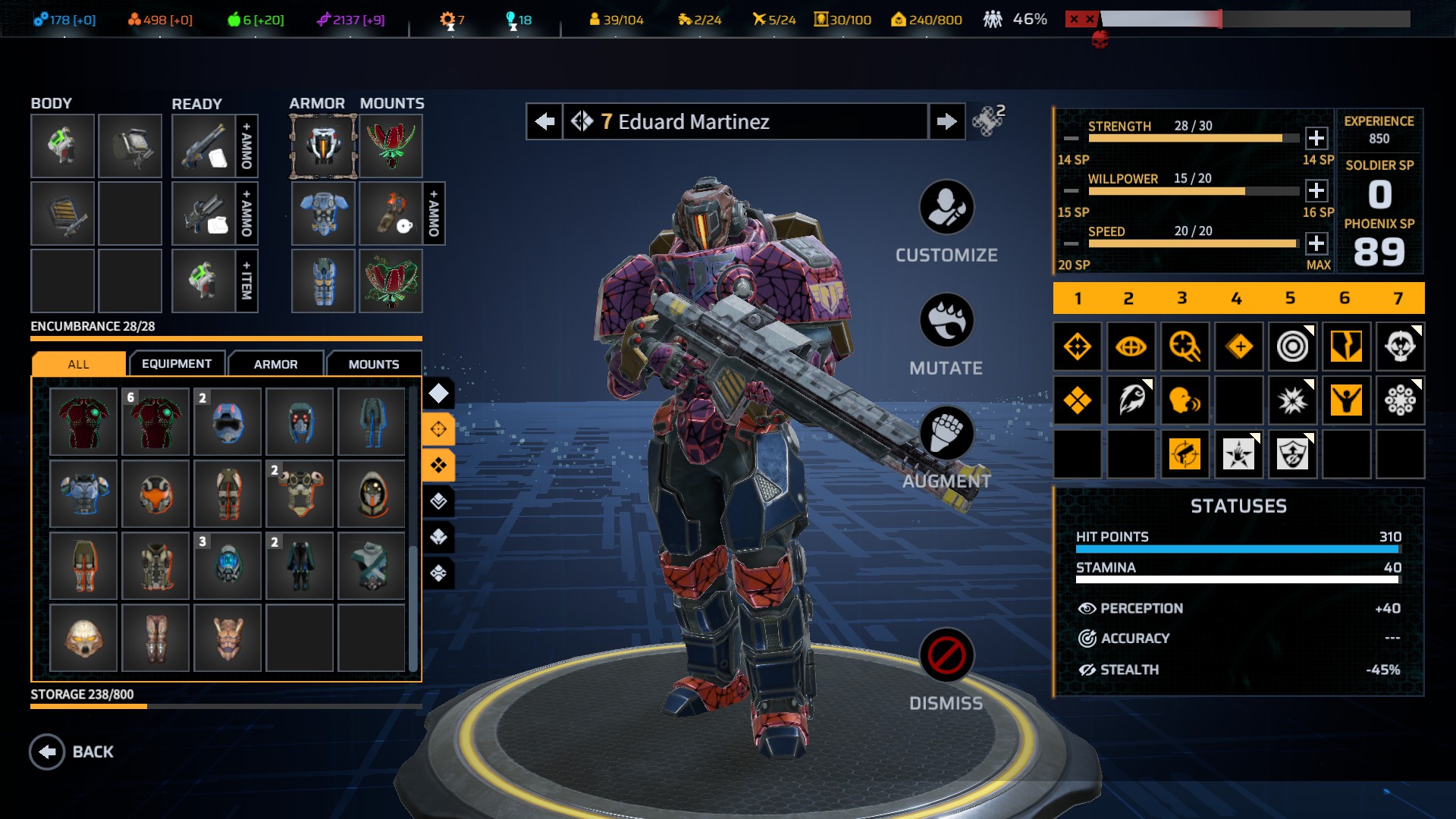 Unlock “Dash” and “Ready for Action”
Unlock “Remote Control” Use 1 AP and 3 WPs to take control of a turret or vehicle weapon and shoot at a target.
“Field Medic” Restore 10 Hit Points and 10 Armor to all body parts of the selected target. Disabled body parts are restored. Requires equipped Robotic Arms.
“Remote Deployment” Turrets can be thrown and deployed for 1 action point.
Maximize his willpower

My recommended Gear:
The same equipment as an a*sault berserker if the mission doesn’t give the opportunity to use a turret.
Technician helmet, technician body armor, Robotic arms, Anu Acolyte pants (technician pants are sloooowing them down)
Any PWD (of the bio acid gun if you have it), two turrets, the best one you have and the second best one.

Synergy:
Not much to do with the a*sault cla*s, it’s to make him remain polyvalent.
But if you throw a turret, and use remote control three times, you take advantage of their huge damage output.
And if you have another technician in your team? Don’t move him, remote control!
That’s 8×40 (10×60 for the laser) of damage for 1 AP and 3 WP, that you can theoretically chain SEVEN TIMES!
“Field Medic” also ensures that your team can always use all their body part (of your heavy snipers, mostly) and restore corresponding willpower. Vital for the final mission! 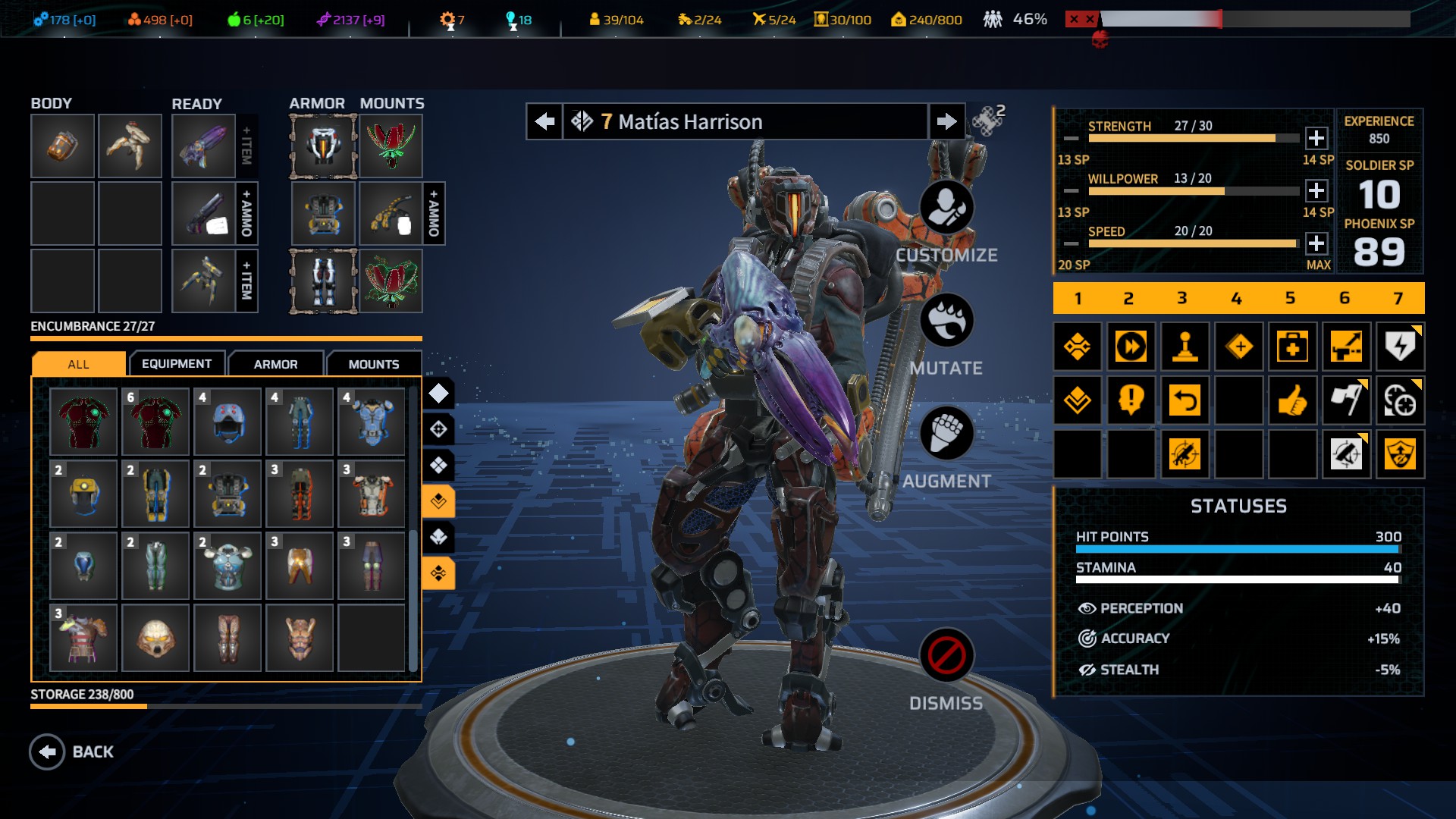 You don’t need any, the best buffs can be found in gears and the mutation perks aren’t very interesting to me.
The regen sounds interesting, but only affects the torso and arms, which can’t stop a*sault berserk from using their guns, and heavy sniper need it to fly across the map.
Mutations also prevent you from equiping stuff! No goo repellent, mist absorber! But cybernetic augmentations do!
I could recommend the augmentation that gives you a free shield and the legs to make your a*sault berserker very tanky and a bit slower. The technician will gladly repair all that armor.
My characters have augmentations because i’m way too late in the game and I had ressources to crap on the final mission.

This is all about Phoenix Point: Year One Edition – How to Play Basic Phoenix Point; I hope you enjoy reading the Guide! If you feel like we should add more information or we forget/mistake, please let us know via commenting below, and thanks! See you soon!