Have an AMD Radeon GPU? Gain up to a 30% framerate increase without any impact to the quality of your game by following these very easy steps. It’s free frames!

I’ll just start off by sharing a pair of benchmarks, noting that no settings inside of NGS have been altered. The first image is before following these instructions, while the second image is afterwards. 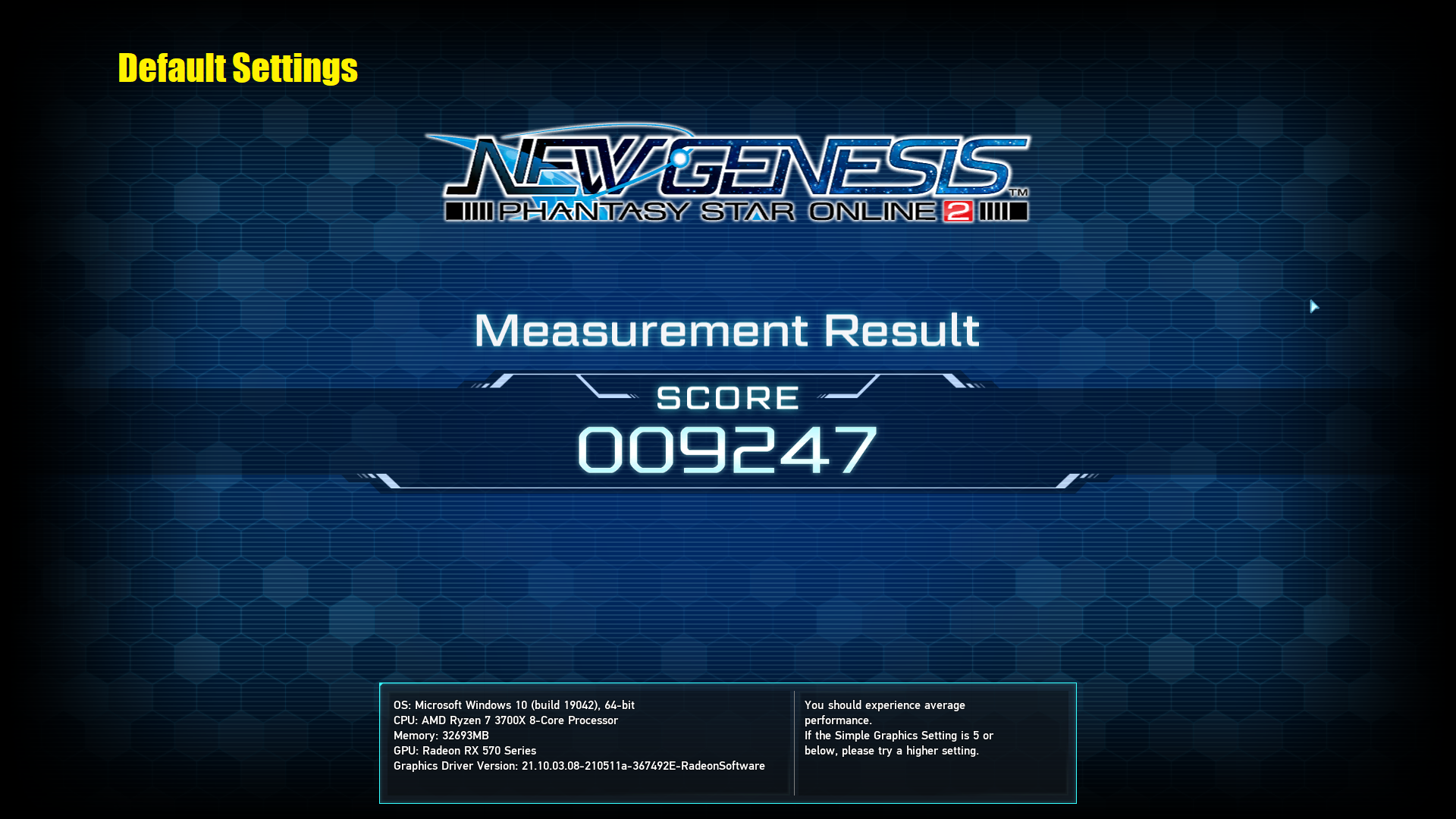 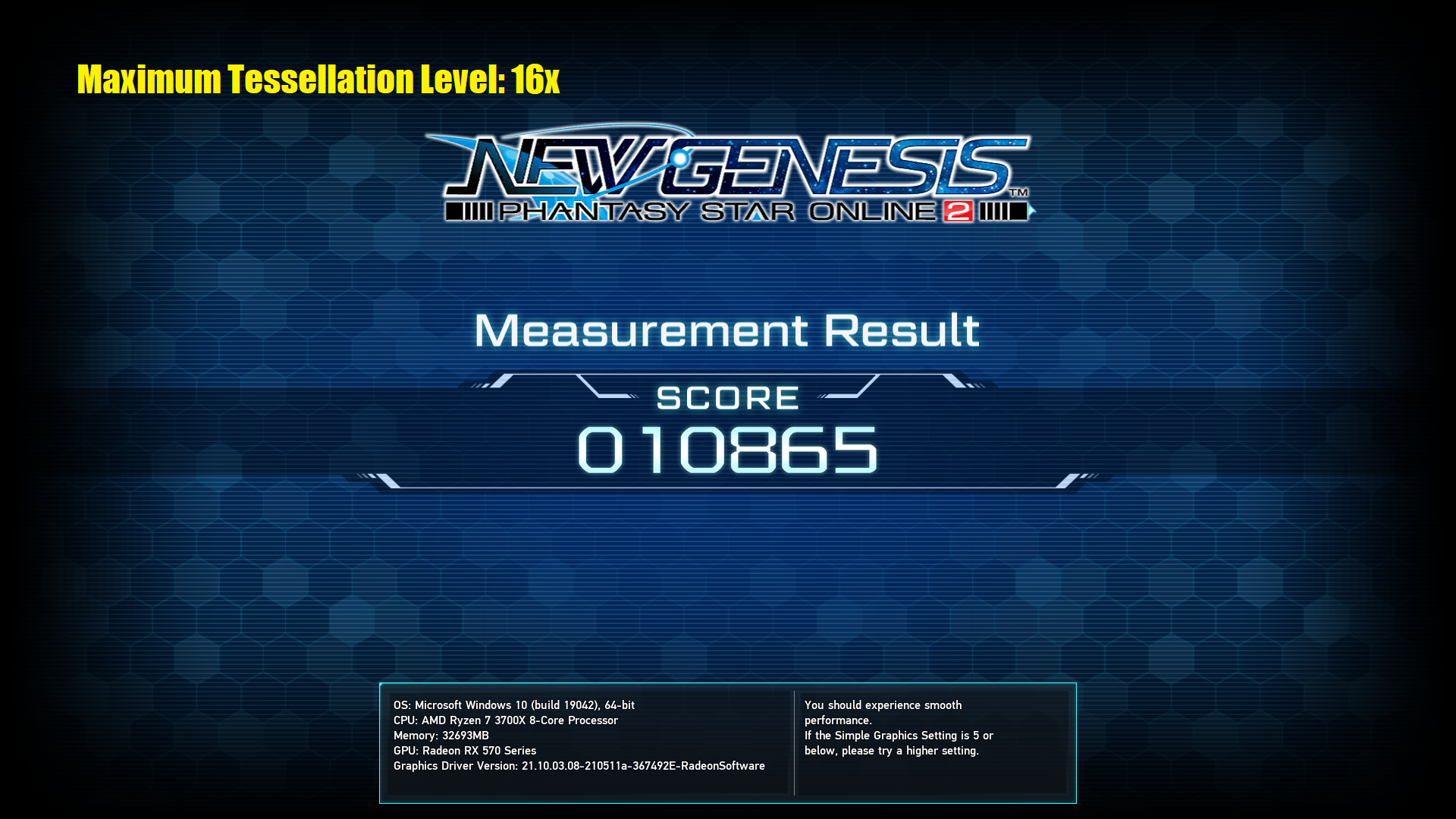 With this basic change in settings, I’ve gained a frame rate increase of 17.5%!

Why Not Just Disable Tessellation?

Good question, and an important one that I want to answer before anything else. Here’s a benchmark taken after disabling tessellation from the NGS settings menu. 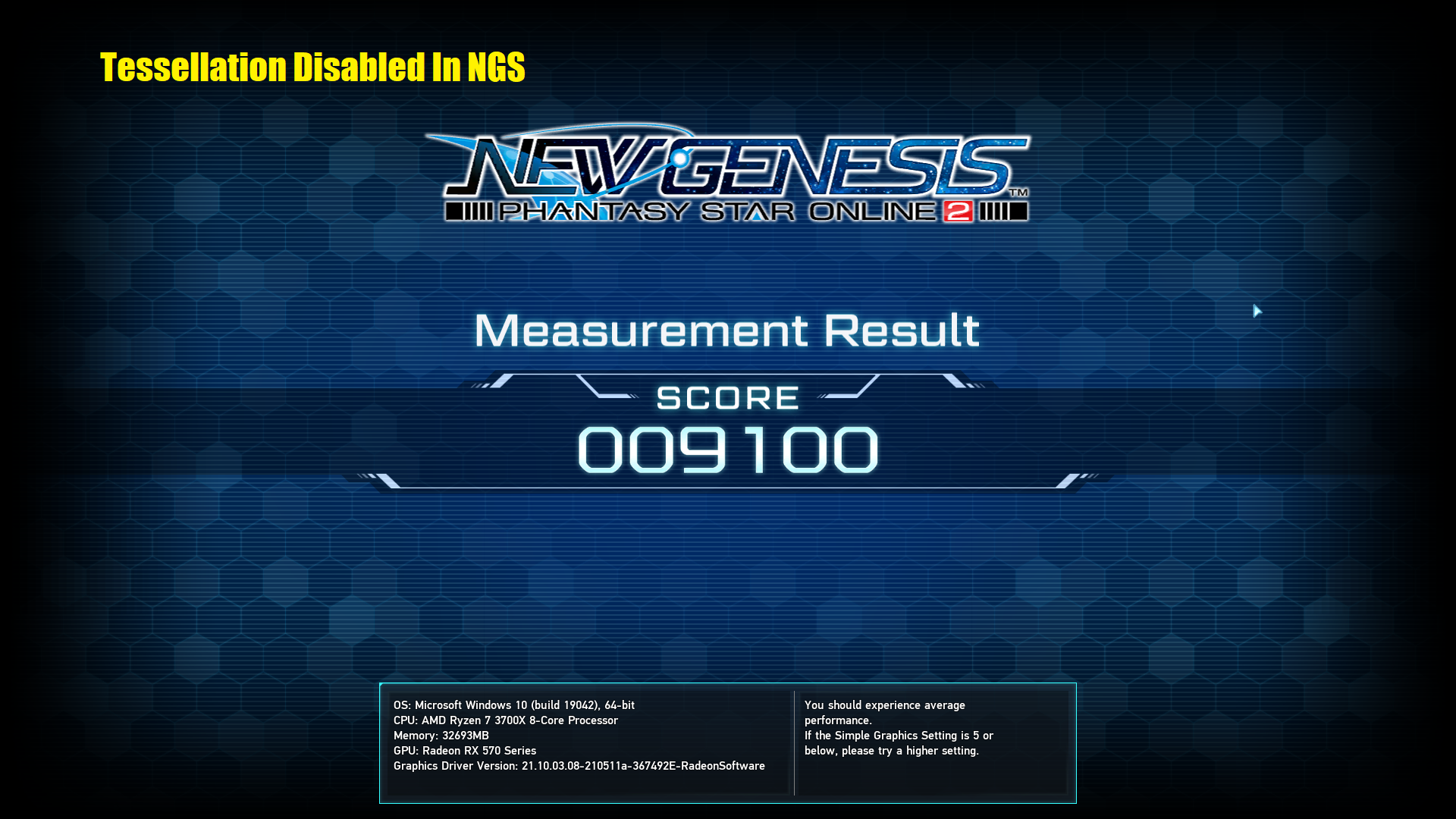 Not only did disabling tessellation within the NGS settings menu not have much of an impact, but it actually reduced my score! Repeating the benchmark always gave me a better score with tessellation enabled than with tessellation disabled. Regardless, it’s within a reasonable margin of error, so it’s probably safe to say it has almost no effect at all, if any.

First, open up your AMD Radeon Software. You can do this by either right-clicking your desktop, by launching it from the start menu, or by finding it in the system tray and opening it. If you’re unable to find AMD Radeon Software, ensure that you are using an AMD Radeon GPU, and that your drivers are up to date. 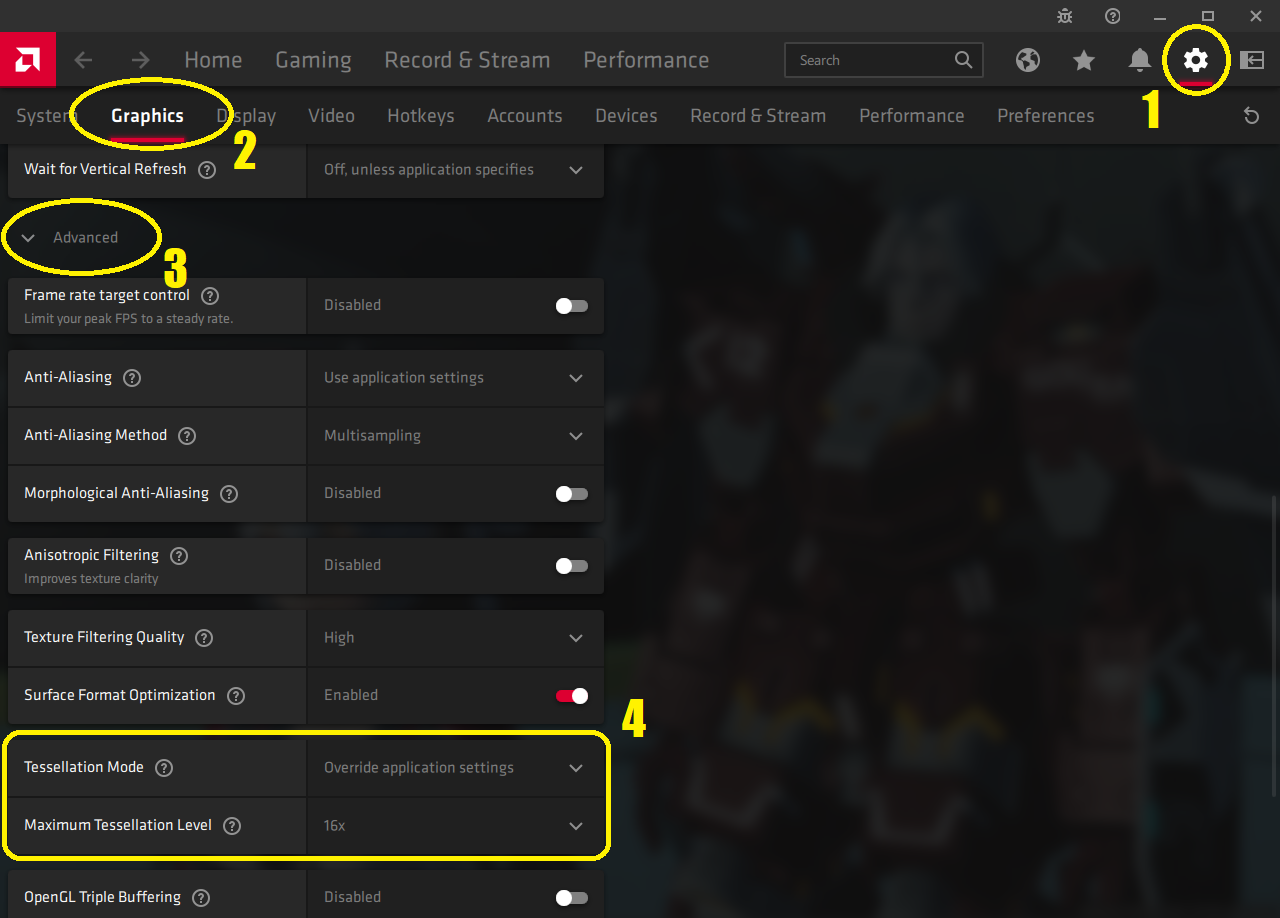 That’s it! Now when you load up NGS, you’ll have reduced stuttering, and a significant FPS increase in many areas! I told you it was easy!

You can! This benchmark shows a score after setting ‘Maximum Tessellation Level’ to 4x. 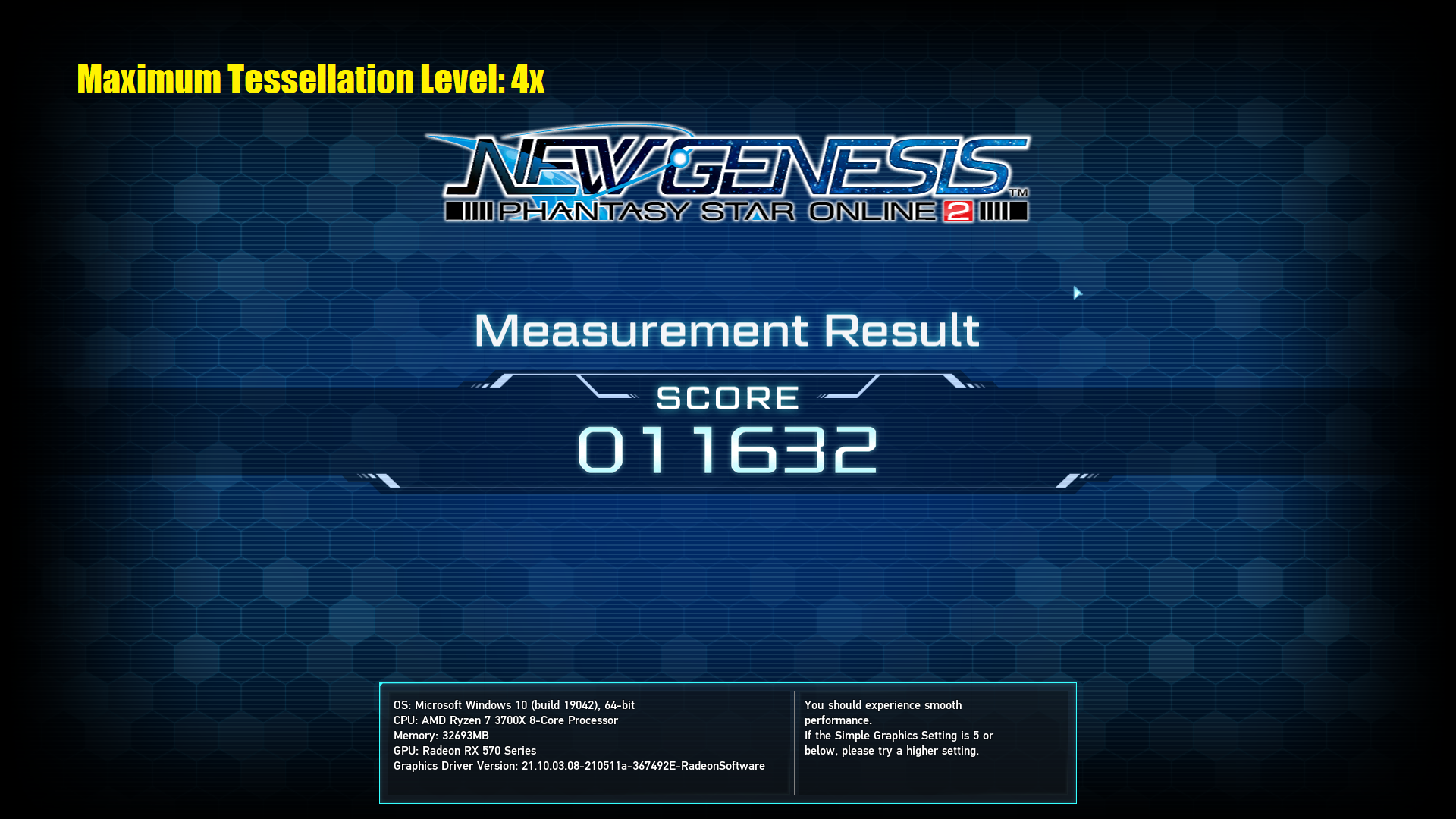 Once you drop below 16x, the lack of tessellation may become visible to anyone who has a sensitive eye for graphics. Therefore, if you want to maintain maximum graphical fidelity, you wouldn’t want to drop below 16x. If you are struggling to maintain your frame rate, however, it’s certainly an option, because the frame rate increase is still significant, while the majority of people won’t notice any difference at all.

Why Does This Work?

I don’t know! I didn’t develop NGS, nor have I been able to extensively test various areas. This is just something that worked both within the closed beta test and the benchmark. If I had to take a wild guess, I’d say that there is some sort of enforced tessellation on vegetation, such as the grass, since that’s where most of the frame drop is alleviated.

Hope you enjoy the Guide about Phantasy Star Online 2 New Genesis – NGS FPS Increase for AMD Radeon GPUs, if you think we should add extra information or forget something, please let us know via comment below, and we will do our best to fix or update as soon as possible!