Outpost Rush is a large-scale endgame PVP event in New World. This guide covers everything you need to know about how the mode works.

Outpost Rush is a large-scale 20 v 20 PvP (with some PvE thrown in) event available to level 60 players in New World. The game will sometimes pop into a 16 v 16, depending on the queue. Outpost Rush balances resource management, objective control, and building up their forts to withstand assaults from the enemy team.

You can head into this mode on your own or with up to five of your friends. Once you’ve queued up at a settlement Outpost Rush NPC, you’ll get teleported to a different island, called Nauthynos, where the event will then begin. This mode makes up one of the core parts of endgame content in New World.

How Does Outpost Rush Work? 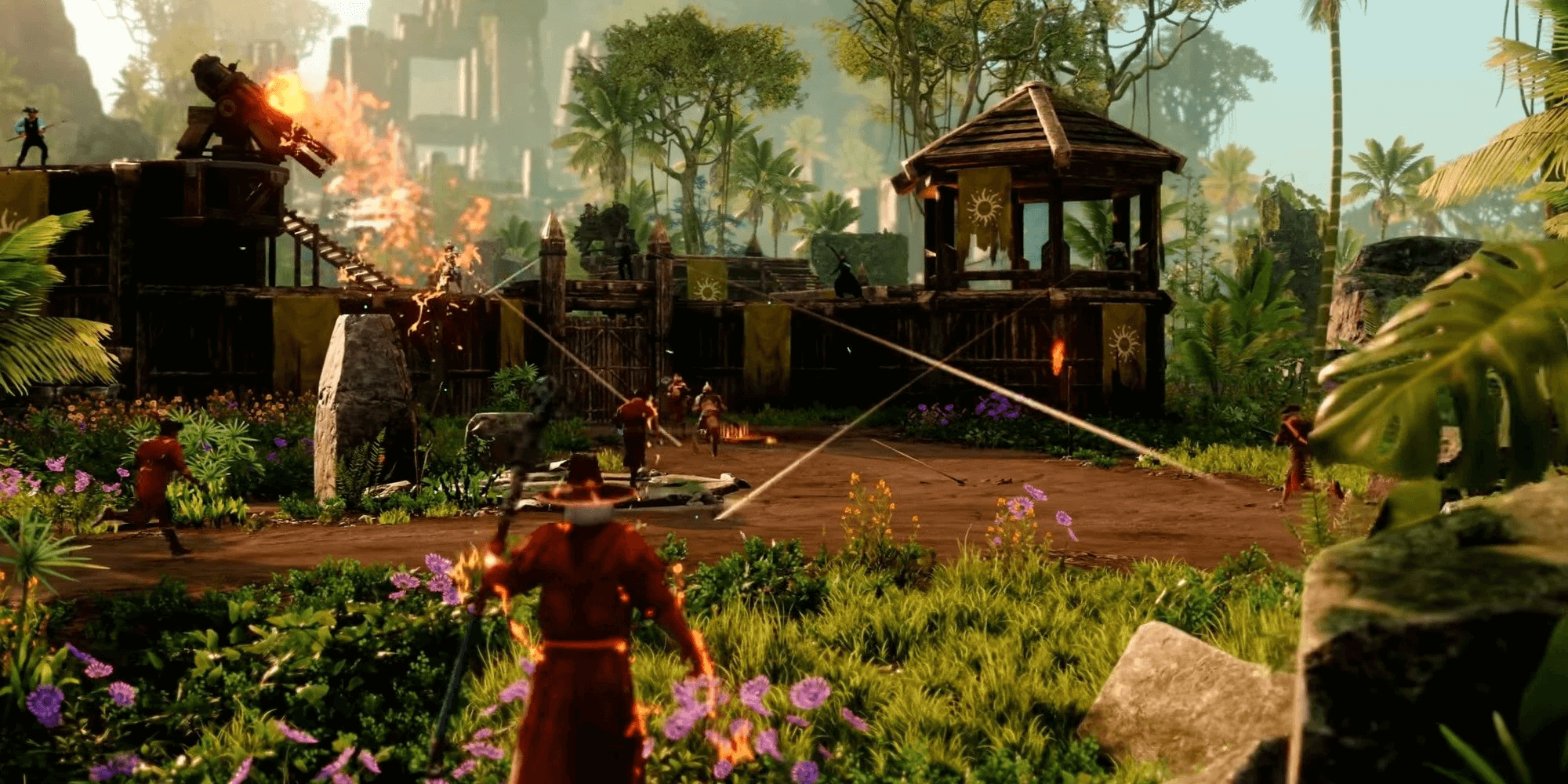 You can only play a round of Outpost Rush at level 60. Just visit a settlement and find the Outpost Rush NPC and queue up. When the queue is full, the mode will start.

Combat can get real tight around the different Outposts, so it’s a good idea to come with a decent PvP build in tow. Here are some of our favorite builds from during the closed beta (we will update with more with the full release.)

How to Join Outpost Rush

Character Must be Level 60 to Join 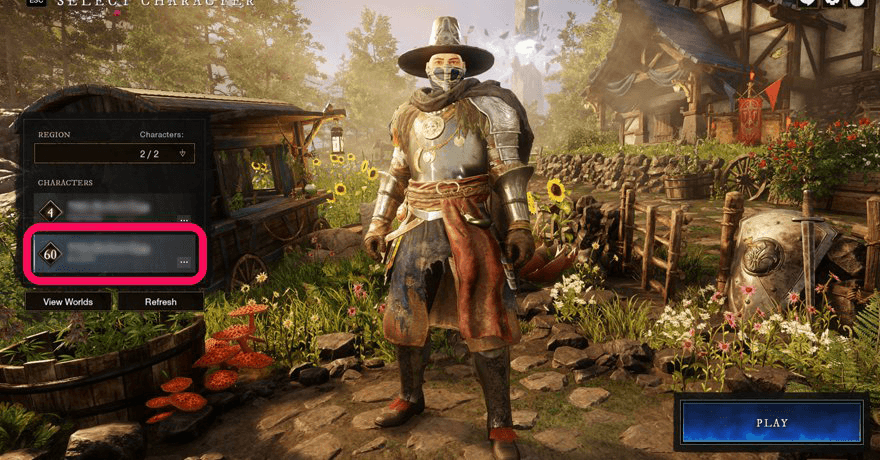 In order to join Outpost Rush, your character must be Level 60. Since PvP is centered around gear and player level, AGS has balanced this PvP matchmaking mode to only accommodate level 60s.

Form a Group or Join Solo 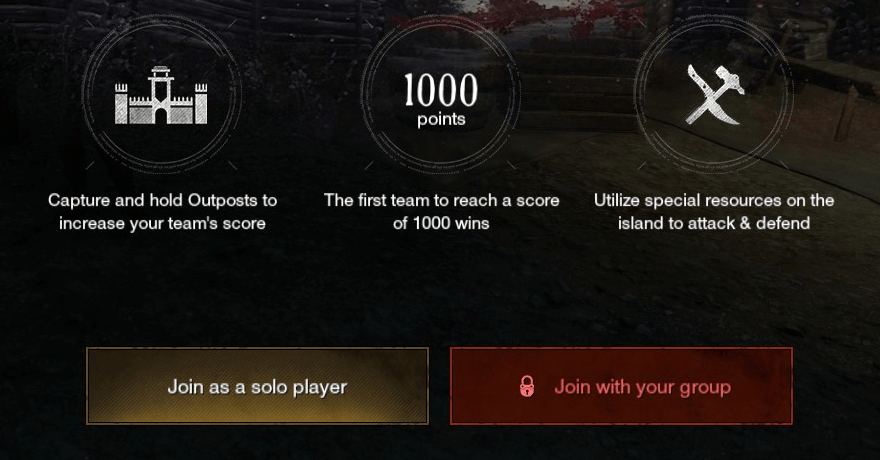 Outpost Rush can be joined whether you are in a group of 5 or as a solo. For the solo level 60s, this is a great opportunity to practice PvP mechanics outside of Faction Wars.

Do note that solo players will automatically be placed in a group when they enter the instanced map.

Speak to the Outpost Rush NPCs or any Faction Representative

Once you’ve met the requirements, head to any town or outpost to participate in the Outpost Rush game mode. 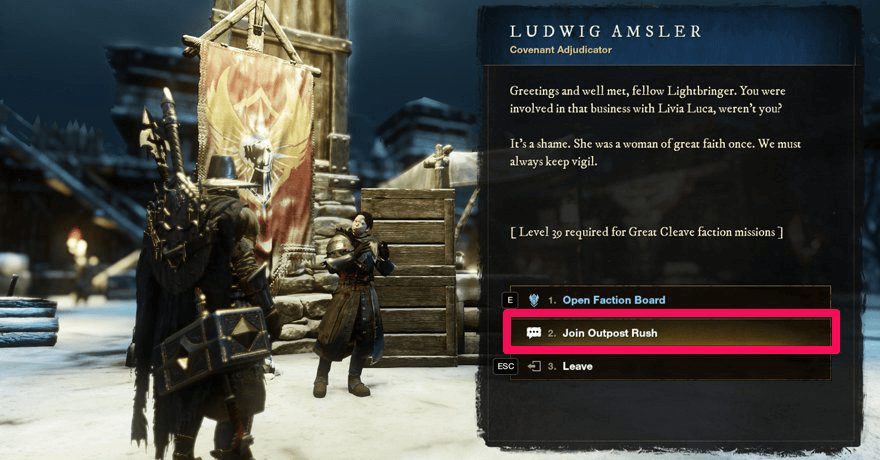 Head to any settlement or outpost and speak to either the Outpost Rush NPC or the Faction Representative inside.

Select Join Outpost Rush to open up the join-screen.

Select whether you are joining Solo or as a Group. If joining as a group, make sure you are already in a group before queueing for Outpost Rush. 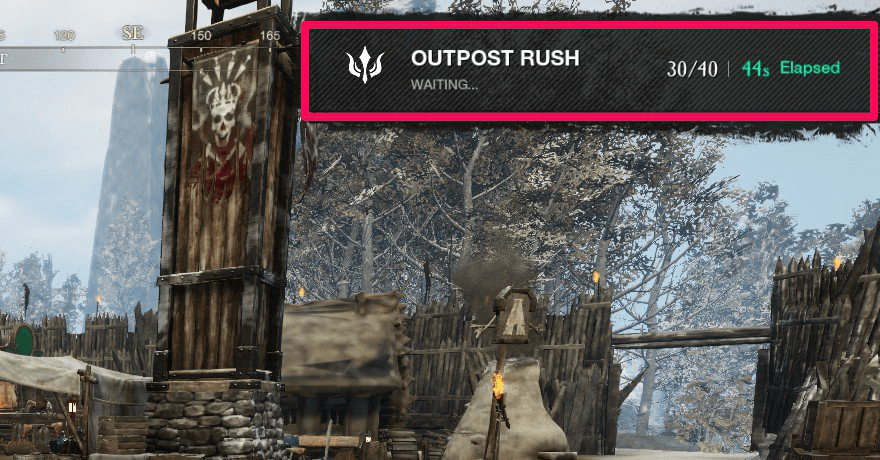 Wait in queue until a match can be found. You can check how many players are currently going into your lobby via the notification.

Enter the instanced map using F1 when the notification to join appears. 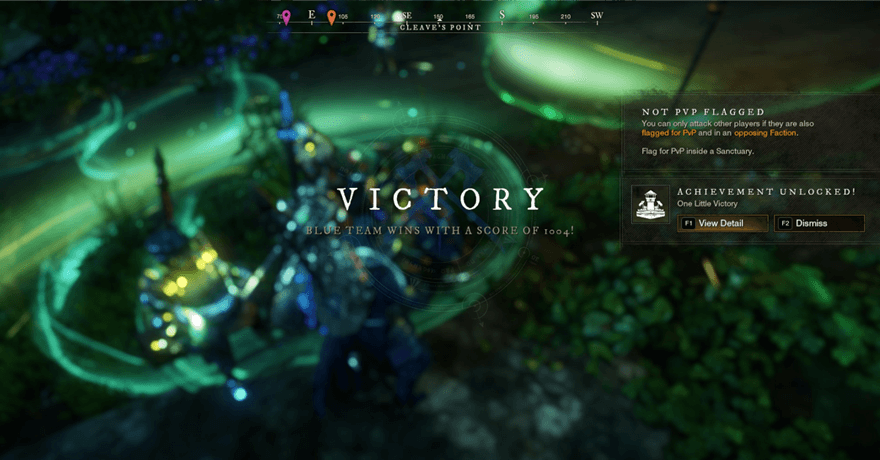 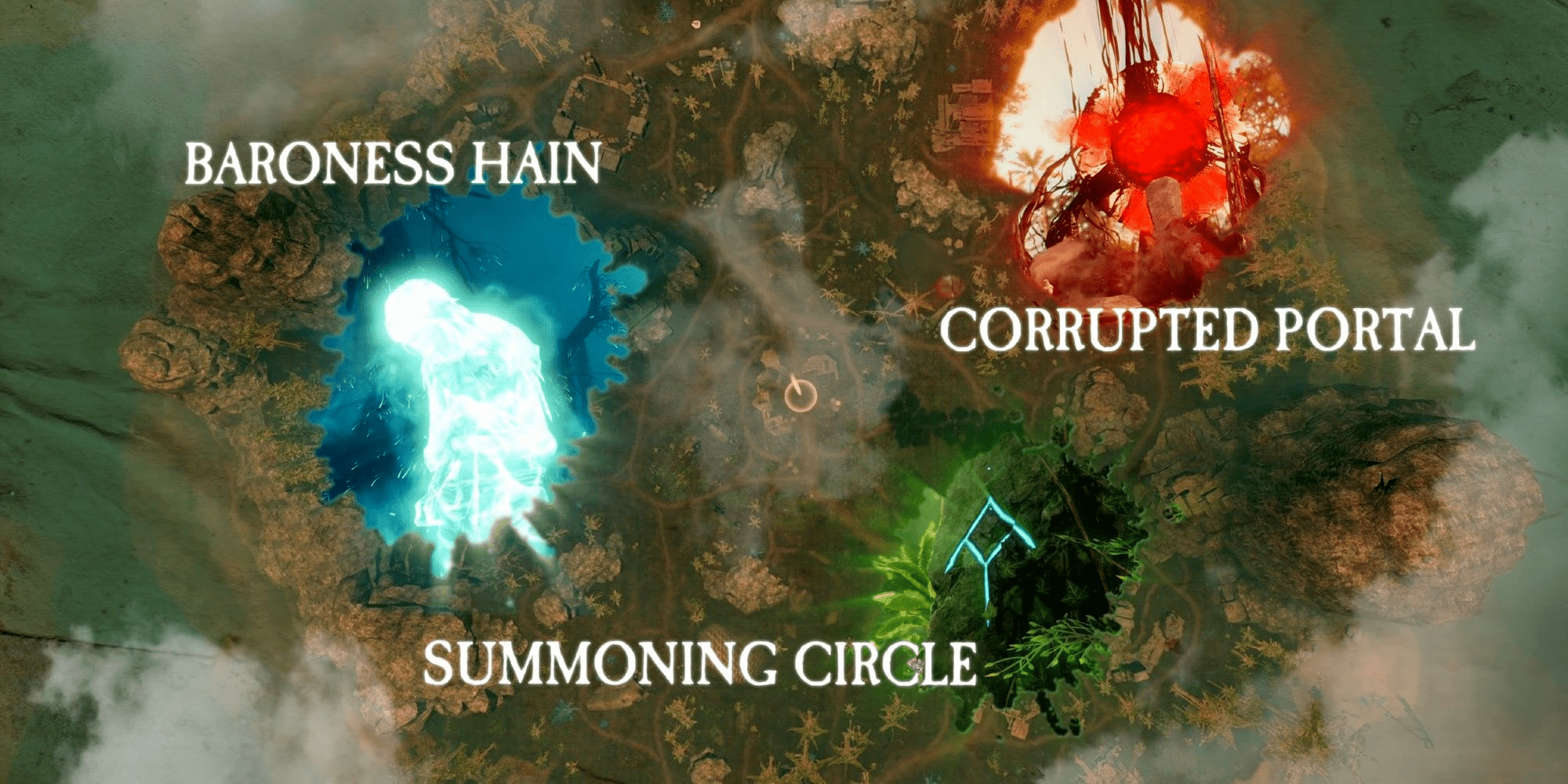 There are various different Objectives dotted around the map that can be claimed by either team.

It’s Not Just About PvP

If you’re not into PvP, there are other ways you can help your team win a round of Outpost Rush. Each Outpost has a variety of upgradeable features, like Gates and Siege Weapons, which will require resources to build.

The different resources available to collect are:

Upgrading Your Outpost To Hold Down The Fort

Both teams will try and control the Outposts in order to win the game. Some members of the team should spend time gathering resources to upgrade the defense of the Outposts, particularly the Gate and Protection Wards that provide a constant buff.

Other Structures To Work With 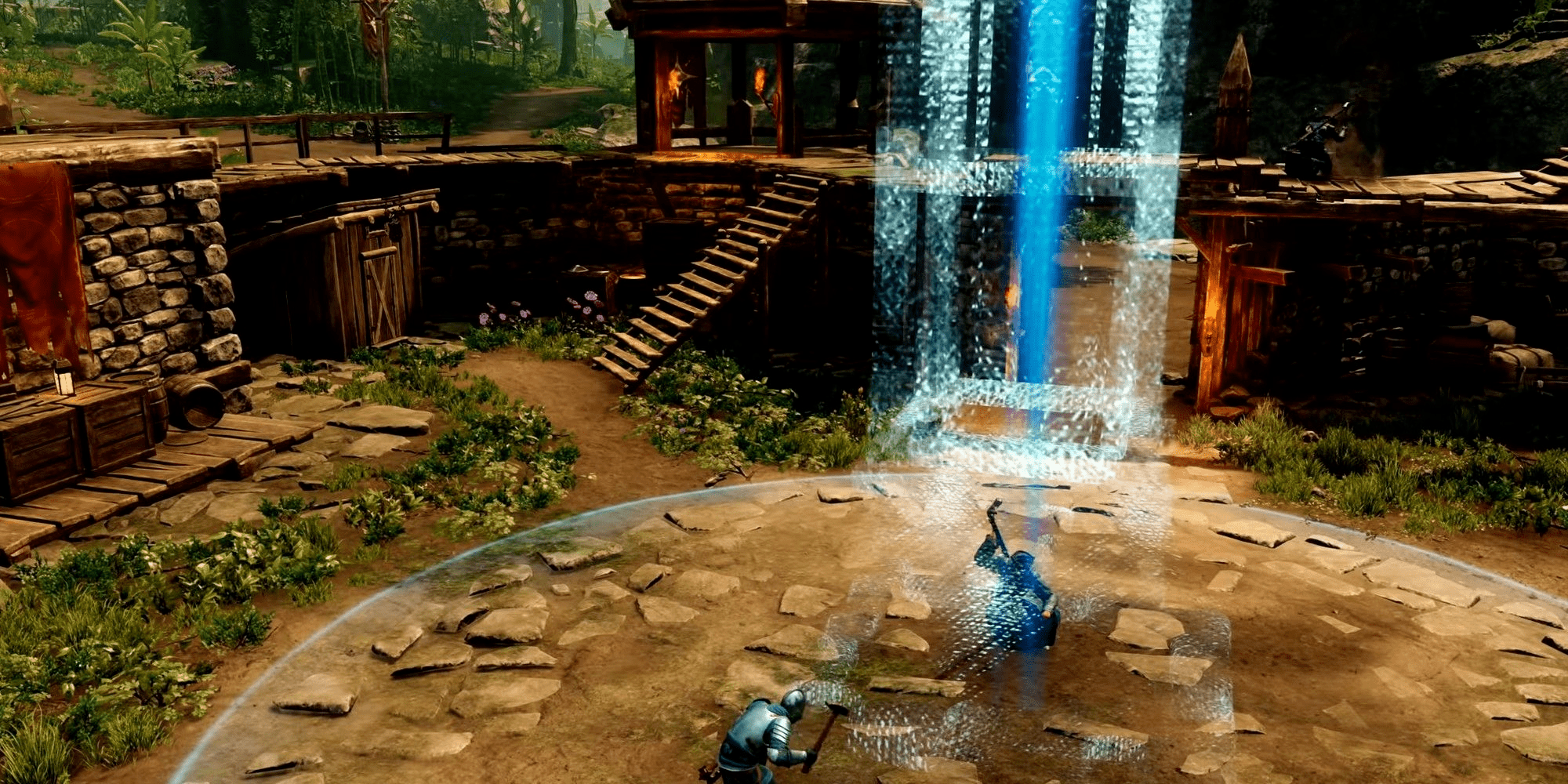 At each Outpost, there are two structures – The Armory and Storage Sheds – which can be used by whoever controls the Outpost. 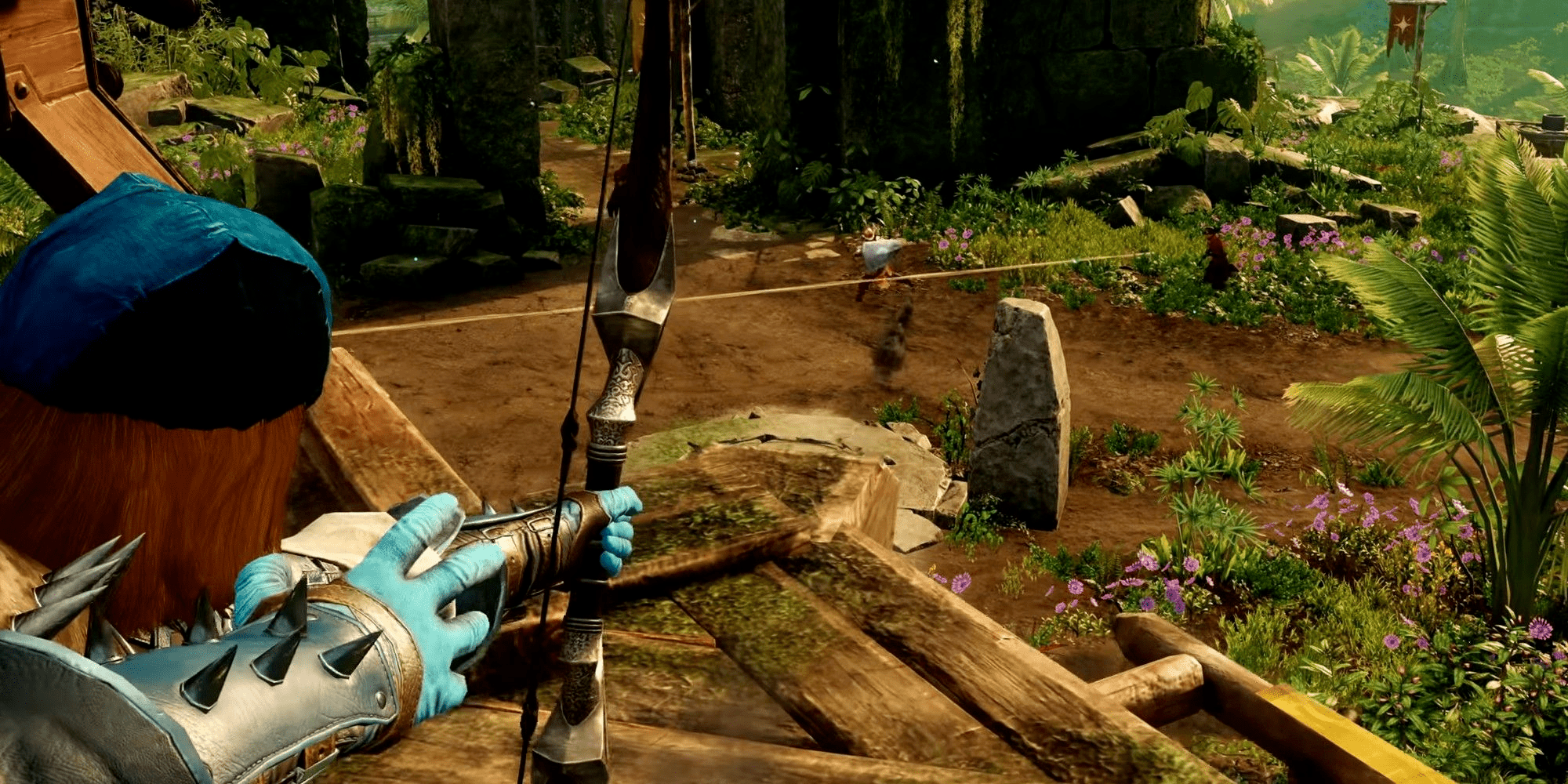 Outpost Rush is arguably one of the most enjoyable parts of New World. Hopefully, it will be supported into the future with new maps and different ways of playing. Here are some tips we picked up during the closed beta.

How to Play Outpost Rush 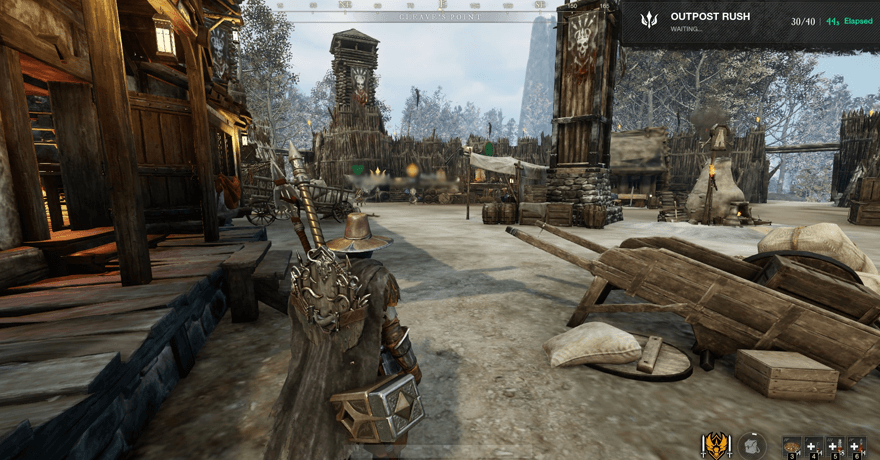 Outpost Rush is a 20 versus 20 PvP match that runs for 45-minutes. Join the queue from any Settlement or Outpost to participate.

Do note that not all of the 45 minutes will be used up. Some matches may end way before that depending on which side manages to dominate the match. 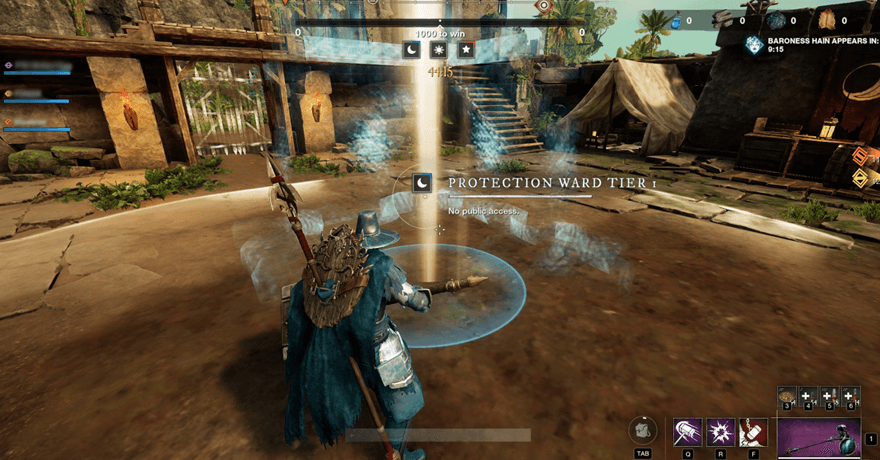 Upon joining, players will be transported to the instanced island map called Nauthynos Island. Here they will fight to control 3 small outposts called Outpost Luna, Outpost Sol, and Outpost Astra.

Each team will have an outpost near their resepective forts and one in the middle of the map. Fully capture one to start earning points for your team. First to 1000 Points will win the match!

Gather Resources and Fortify Your Defences 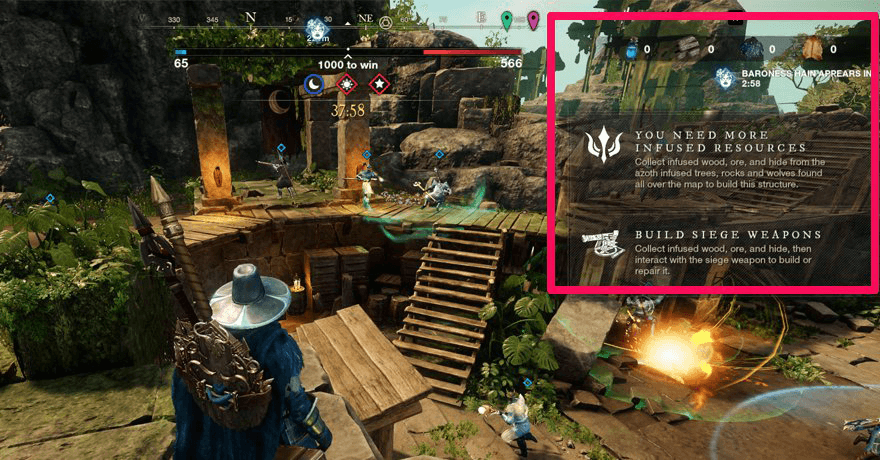 It’s not all PvP in Outpost Rush. To successfully hold captured Outposts, players will need to build up their defences to prevent attackers from simply walking in. Gather resources from the different nodes, trees, and mines of the island to start fortifying your base.

Once an outpost is captured, players can build different things to fortify their position. Gates prevent easy entry, turrets on the walls provide outpost defense, and protection wards allow respawns in the Outpost.

Summon Monsters to Help in the Fight 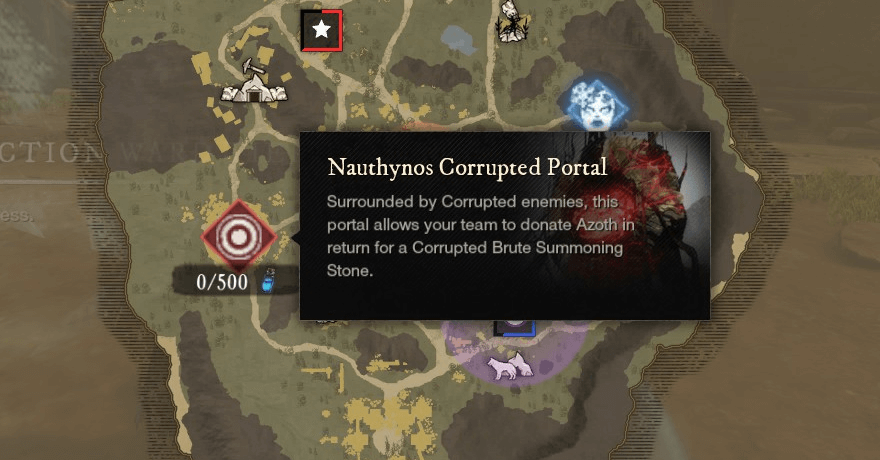 There will be summoning circles near captured Outposts that allow players to summon a bear to aid in their offensive pushes or outpost defense. Use Summoning Stones purchased from the armory to bring this powerful ally into the battlefield.

Additionally, players can collect Azoth and offer it to the Nauthynos Corrupted Portal. 500 Azoth will allow your team to get a Corrupted Brute Summoning Stone which can summon a powerful, Corrupted Brute to aid you! 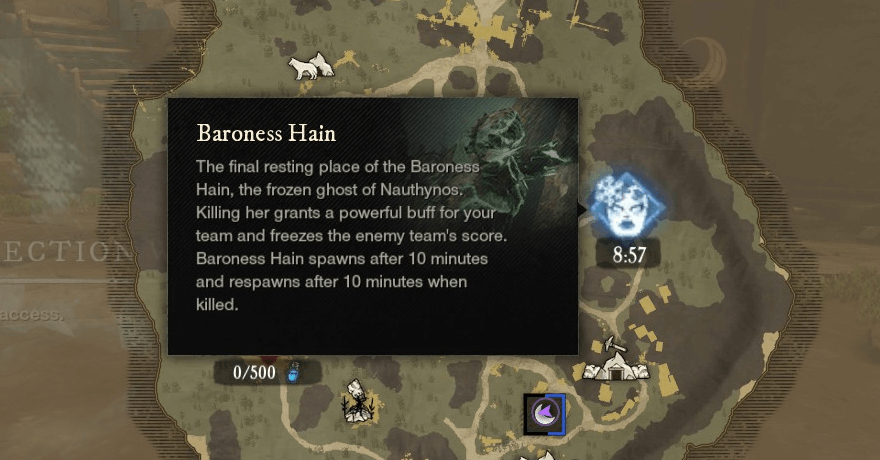 After 10 minutes passes in the match, a boss named Baroness Hain will spawn to the East of Nauthynos Island. The team that manages to slay the boss will freeze the point gains of the opposing team for 3 minutes.

Coordinate with your team to acquire this buff for your team, especially if you’re on the backfoot. Baroness Hain will respawn 10 minutes after she was slain.

Dying Will Not Grant a Durability Loss Penalty 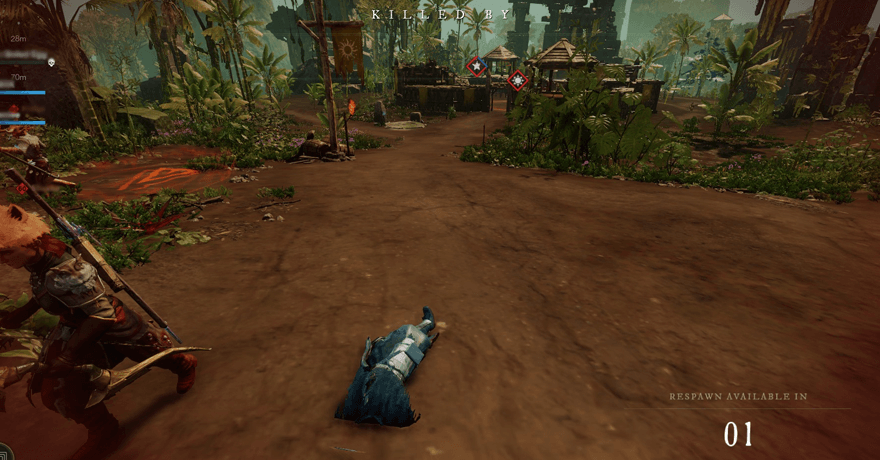 Dying in Outpost Rush will not have the same consequences as open-world PvP. When you die in Outpost Rush there will be no durability loss penalty making this a fun and casual game mode for those looking for a quick PvP fix outside of Wars. 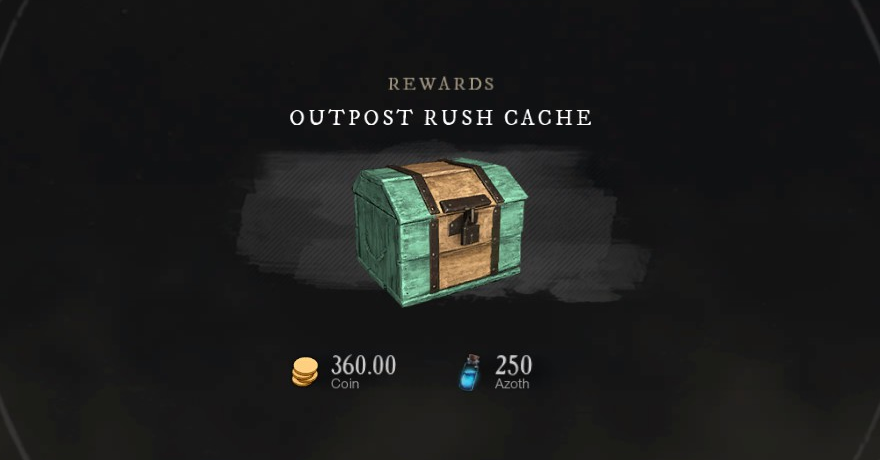 When players complete a match of Outpost Rush, they will earn significant amounts of Coin and Azoth, as well as a special Tier V Outpost Rush Cache.

The amount of Coin and Azoth will depend on whether you won or lost, while the Outpost Rush Cache is awarded as long as you complete the match. For comparison, losing still rewarded 270 Coin and 175 Azoth.

This is all about New World – Information Guide for Outpost Rush Guide; I hope you enjoy reading the Guide! If you feel like we should add more information or we forget/mistake, please let us know via commenting below, and thanks! See you soon!