I’ve made this as an overall walkthrough for the game. This will help you understand basic mechanics and skill tree decisions as well as weapon selection. I also have unit placement tips and level up guides.

I do recommend playing with the skill increase mod (though this does disable achievements).


This is “Skill Increase” by Darkshadows available on the steam workshop.

Here is the description of it:

Set exp and scrap gain to 300% in the accessibility menu. (Make sure penalty for failure and missing to be none). On modded games you have to click open this menu every time you reopen the game. This is to progress quickly and enjoy story mode on base game and then get to new game + quickly. Because a lot of fun is had in new game + with the side missions, unique weapons. You need to the new game + upgrades for the uniques for the uniques to actually be stronger than base game weapons. Because their special effects do not work without upgrading and they are essentially just basic somewhat weaker weapons without them.


I recommend planning on playing through the game and new game + to start off with, so that you can experience the bonus levels and unique weapons and armor. These add a lot to the base game and are the most fun part of the game in my opinion, since the base game can be beaten by the time your levels are in the 20s (but the base game goes up to 60 without mods) (up to 100 with some mods).

1. For librarian focus on frenzy first and then the fireball , then the knock back


2.You can finish the base game on normal in the 20s for heroes. Will probably hit 30s going for uniques. And then hit 40s upgrading the uniques in new game +. And then 50s 3 staring levels and finishing the game.


3. Generally upgrade along the “top or bottom path” first on the unit skill trees. But there are some exceptions.

Also you can reset skills at any time so don’t worry about choosing the wrong ones at first or wanting to try out something different. But the general idea is you want each character to specialize in something whether that is damage, bleed, poison, buff, heal, area of effect (healers – attack moves or ice mages slow/freeze) , strike the though ( ice mage bonus – Spear).

Once your character gets to around level 40 the paths start to converge (as you start maxing out the original lines).

This setup can carry you through almost the entire game:

Here are the wiki links: The Locations for where they are obtainable are on the far right of the categories

You can essentially grind for infinite scrap so just pay for upgrades every time they are available.

You generally want book of blood + book of plagues for most maps you can use healers on. For boss fights where the boss moved around a lot and you have to “chase him” by recalling and repositioning some units you tend to want book of blood + frenzy start. Book of slow start or crystals protecting the librarian can be situational but aren’t as useful as a whole.

Then after that can go for unique weapons and armor (the wiki has the location for all these on the far right and has a list of all levels). You have two modes – base game and new game + which essentially work together and you keep your same team. In base game – beat advanced / extreme to get unique weapons and armor. In new game + beat advanced/ extreme to get upgrades for those unique.

Here is a unit setup for this map, that works well with the above units and upgrades. This setup is based off of user: fewnomial’s ideas


This allows the archers to hit every location of the enemy as well as berserkers for two of the other locations. 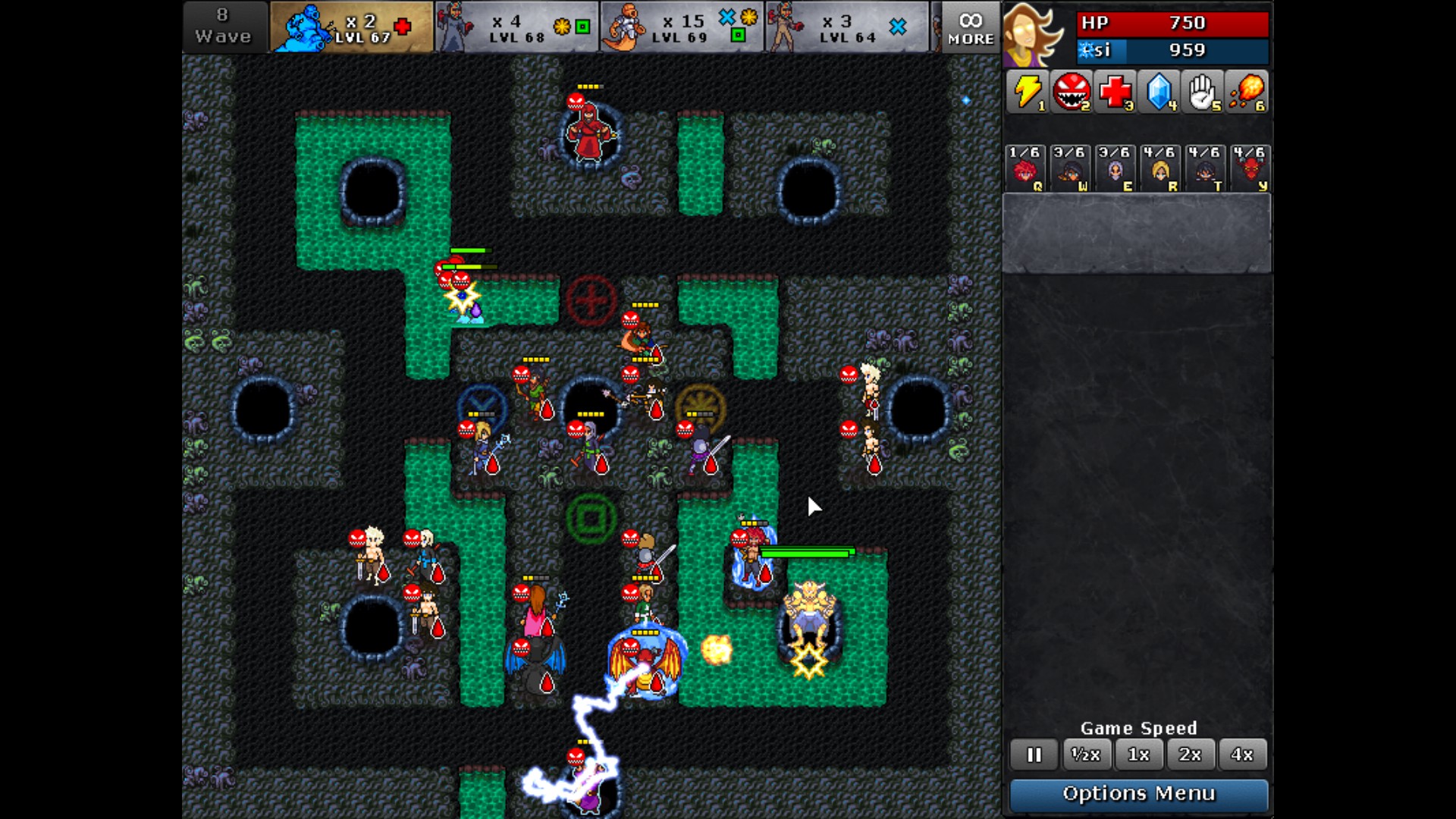 I hope you enjoy the Guide we share about Defender’s Quest: Valley of the Forgotten – Configuration-Mods-Achievement Basics Gameplay; if you think we forget to add or we should add more information, please let us know via commenting below! See you soon!