The recent achievement “Hook, Line, and Sinker” requires grind to get, but when set up properly properly it can be done within a few hours.

The basic setup involves spamming Monkey Pirates and Bloontonium Reactors across a map with plentiful water, setting up Banana Farms on land to amass money for spamming Monkey Pirates, and setting up Ice Towers with Villages to deal with Bloons without destroying MOABs. Benjamin is the best hero here because of his abilities that help deal with Bloons without damaging them and his money generating ability.

Set up cheap towers to deal with Bloons early on. Deploy Benjamin as early as possible so you can benefit from his cash generation. Deploy a Buccaneer near the exit alongside a Monkey Submarine to deal with stragglers and possibly supporting your other towers. Set up a Banana Farm by Wave 10 at the latest. Keep setting up as many Banana Farms as you can.

Keep building and upgrading Banana Farms so you can get more money. Make sure your defenses can deal with Camo, White, and Zebra bloons. Make sure you get Monkey Pirates on your Buccaneer before wave 40, where the 1st MOAB spawns

By wave 50, make sure you have a several Monkey Pirates around your Submarine, and upgrade your Submarine to Bloontonium Reactor, as more and more MOABs will begin to spawn.

Make sure your defenses can deal with Waves 63, 75, and 78. By wave 70, set up another Bloontonium Reactor Sub with several Monkey Pirates surrounding it. Make sure you get Pirate Lord on one of your Monkey Pirates by Wave 80 so you can deal with ZOMGs. Upgrade one of your Bloontonium Reactors to Energizer, preferably the one that has the Pirate Lord in its radius.

Keep setting up more Bloontonium Reactors and Monkey Pirates. Set up defenses a third through the track to deal with stragglers. Let the Buccaneers set up by the exit deal destroy ZOMGs to BFBs in order to deal with ZOMGs while Pirate Lord is on cooldown, plus quadruple progress towards achievement. By Wave 90, make sure you have a way to slow down Bloons for DDTs (Snowstorm, Bloon Sabotage).Waves 100+ are highly suggested due to the abundance of MOABs, although ZOMGs will take a while to be destroyed.

The setup is the same as before, although if you want to you can place down more Monkey Pirates and place down a Cripple MOAB Sniper and multiple Bloon Sabotage Ninjas to deal with DDTs. Waves 101+ provide a lot of MOABs, but you’re also bottlenecked by several ZOMGs. The 2 BADs on Wave 119 will take a while to whittle down but they are doable. When BADs start to spawn alongside the other MOABs and they become problematic is when you should restart if you haven’t already.

Here’s an example of expectations by certain rounds 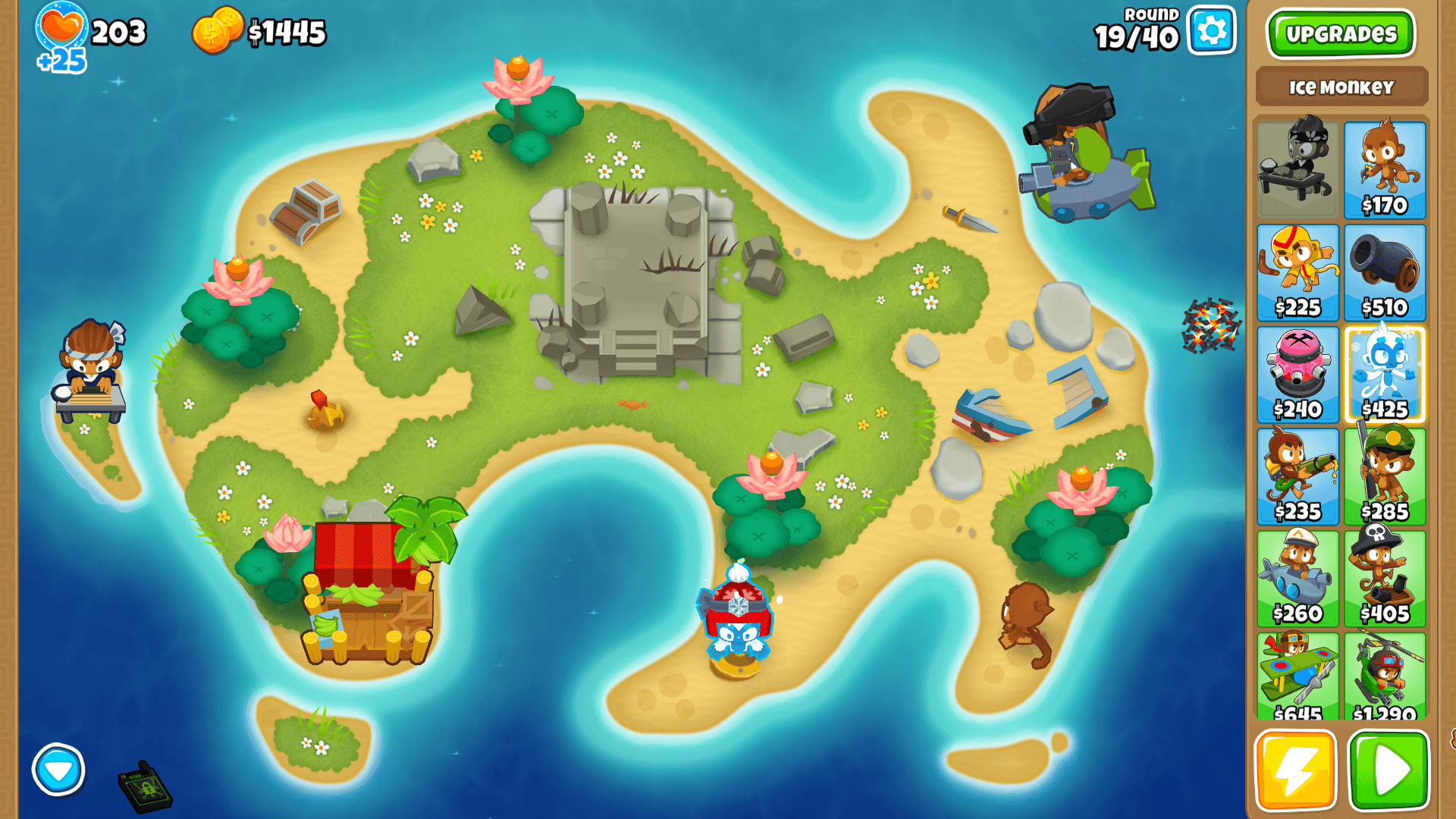 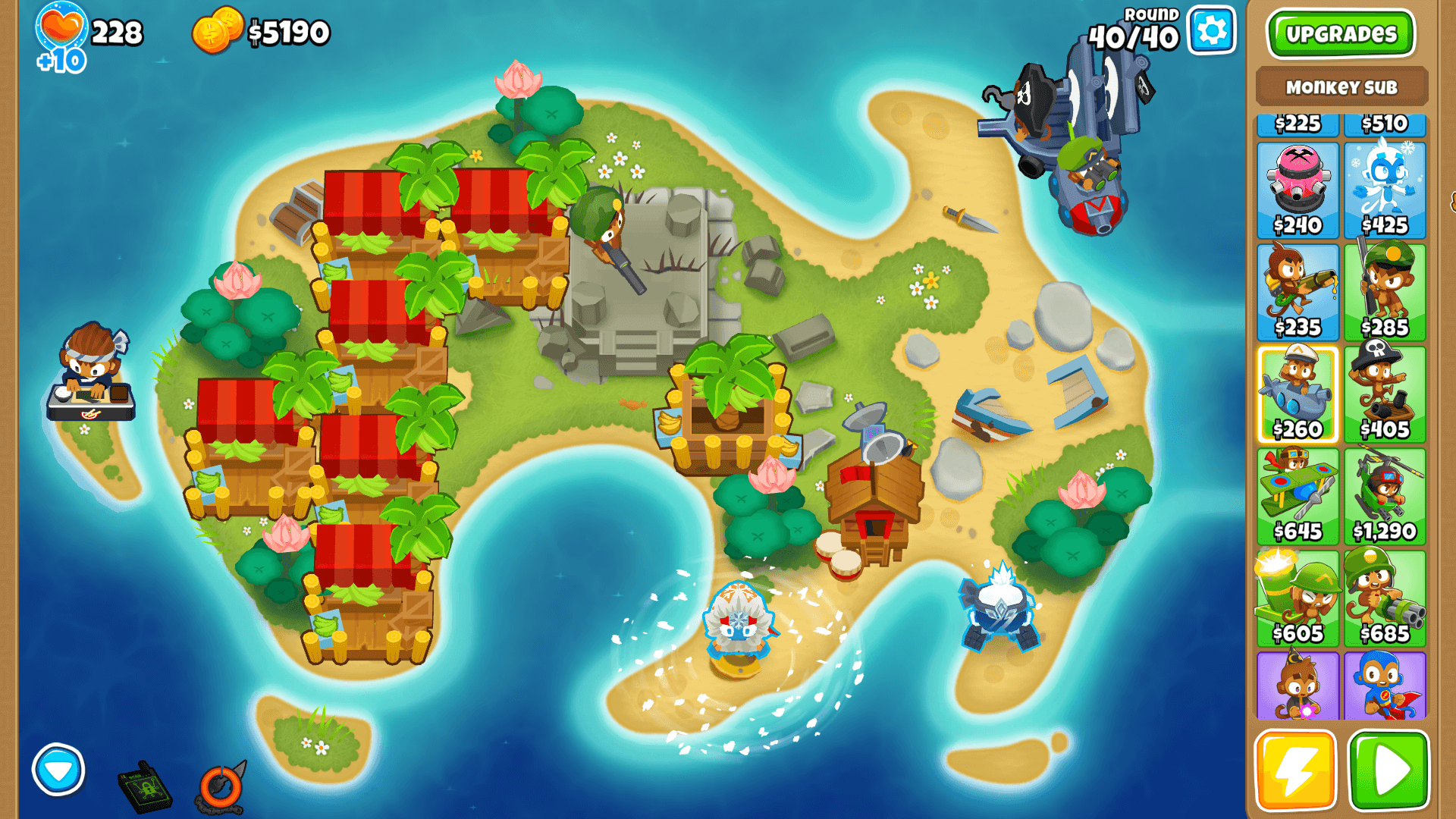 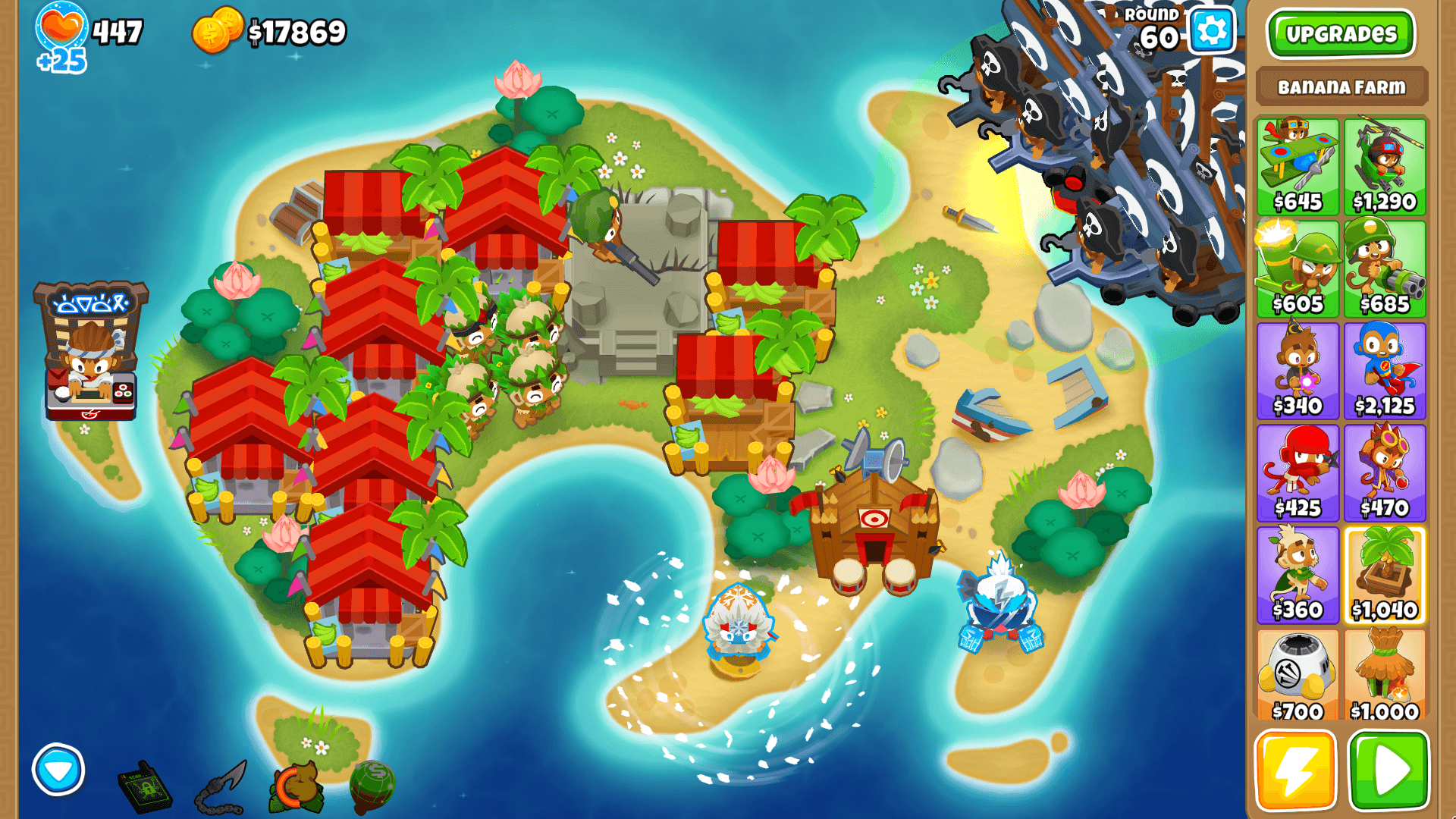 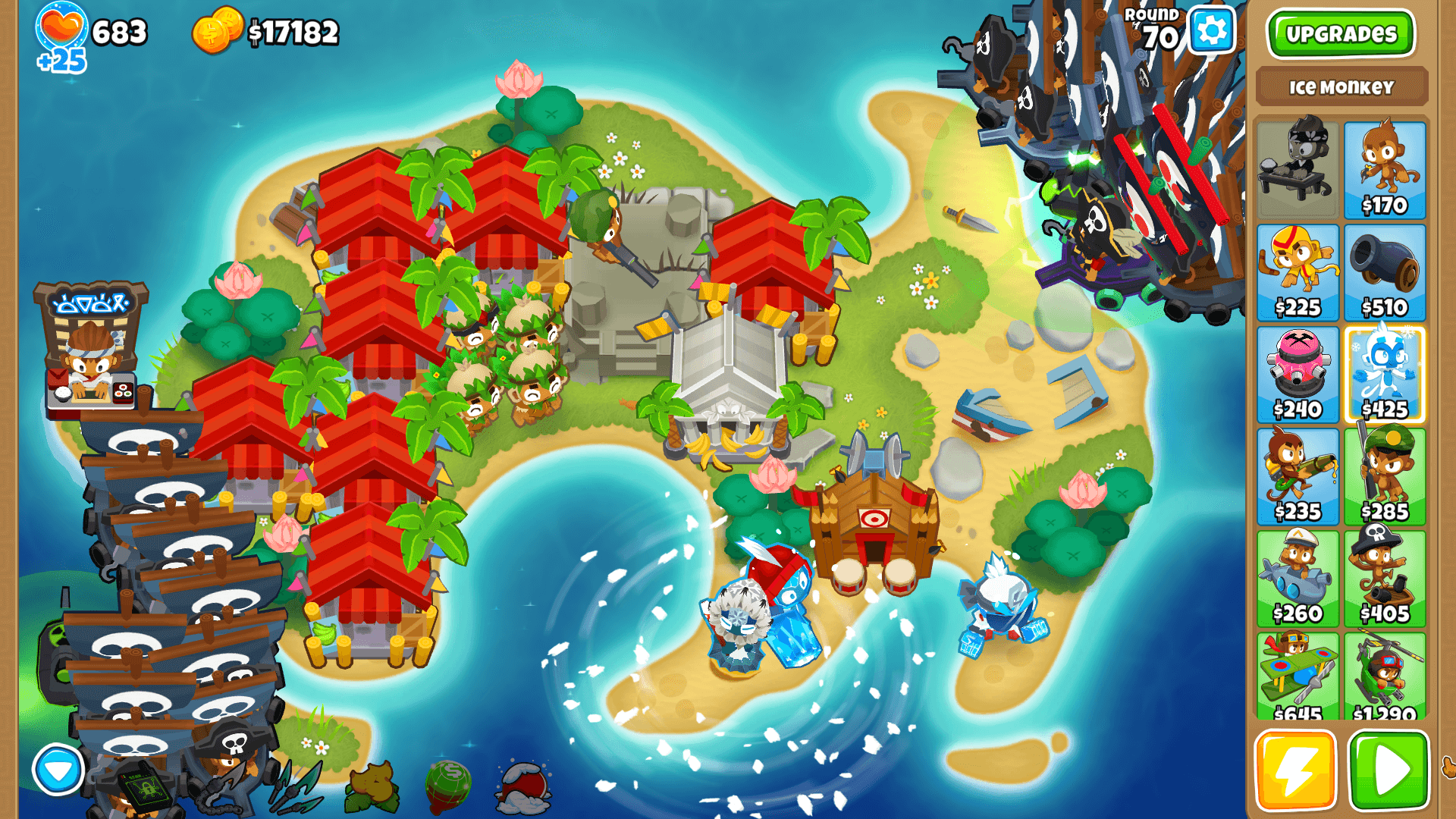 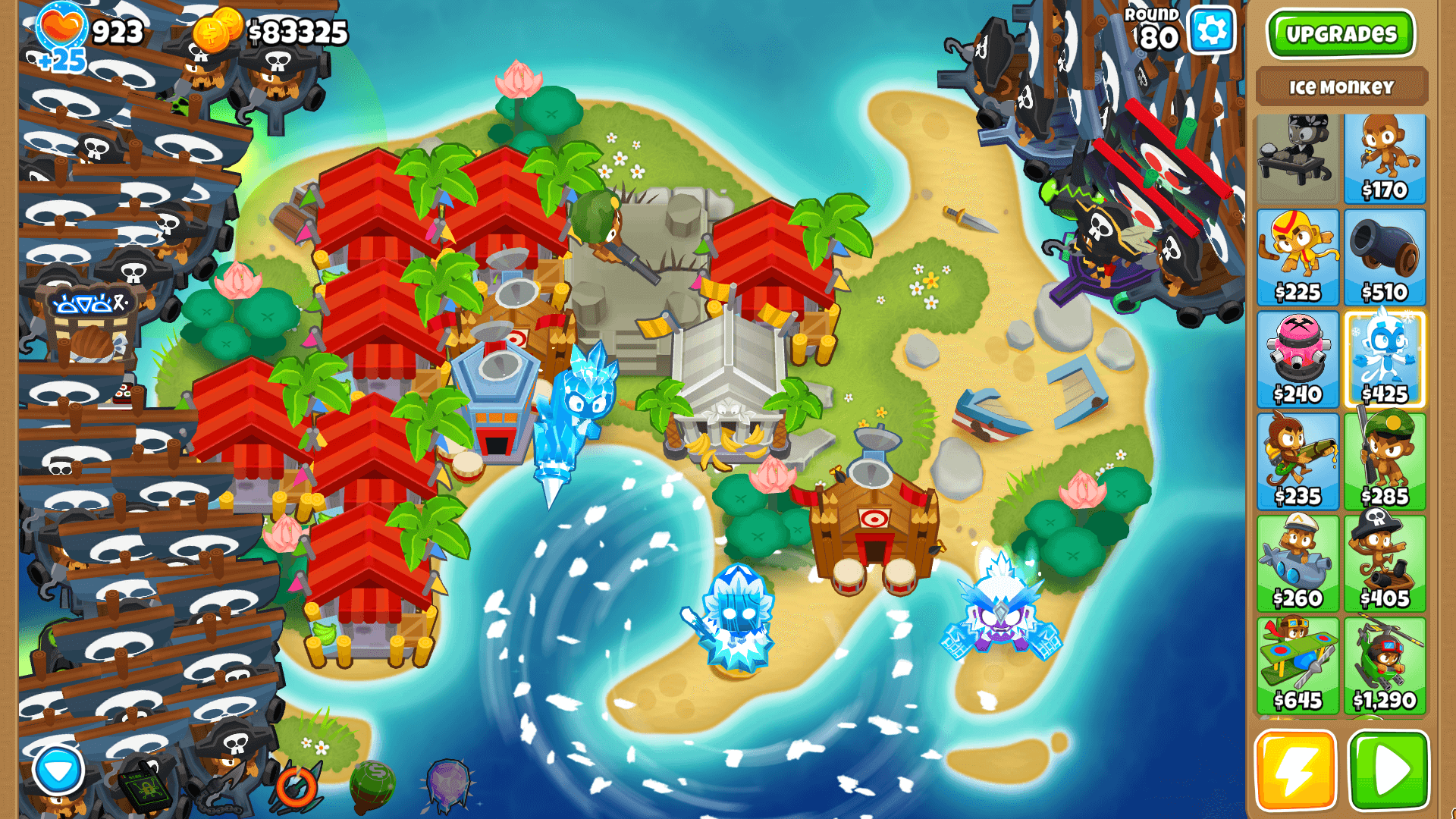 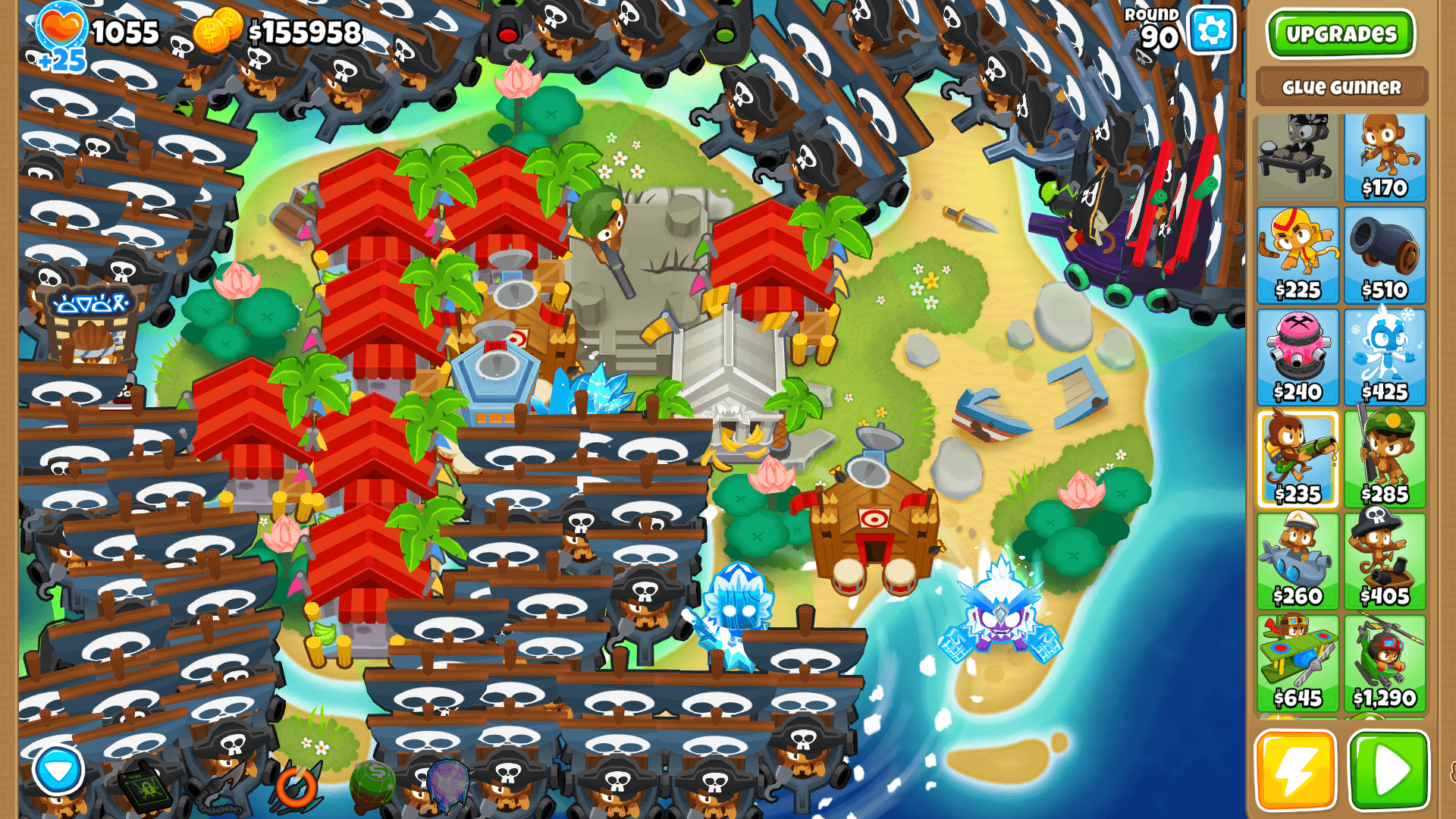 This achievement, when done properly, is faster and easier compared to the other new Achievements from Update 26. Hopefully, this guide helped out! Good luck grinding!

Hope you enjoy the Guide about Bloons TD 6 – Hook – Line – and Sinker Achievement, if you think we should add extra information or forget something, please let us know via comment below, and we will do our best to fix or update as soon as possible!