Detailed description of faction differences, their leaders and features that will be added in the future. 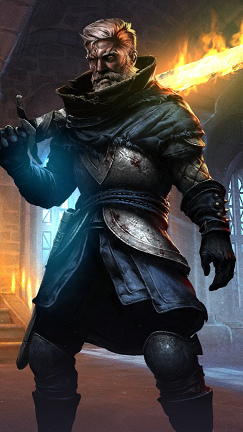 Edwin Everard, commander of the Order troops – aggressive close-range fighter, who capable to deal a lot of damage and endure even more. His Great sword slain enemies with wide cleave and his abilities torture them with fire.

Ignite Edwin’s blade with fire. Enemies attacked during this spell is active will suffer 5% max hp per tick damage (less for elites).

Edwin inflicts cleave strike. Each level significantly increased its area and damage. All horrors who were able to survive the strike ignites.

Emboldoned units of the Order gain: 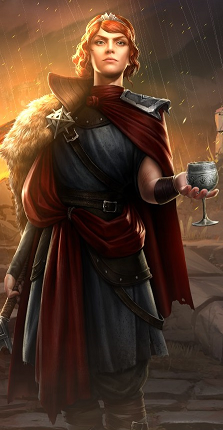 Rebellion lead by Aelis Syren – capable melee fighter, who excels by empowering her forces and summoning Loyal guards. She armed with short spear which allows her to bring deadly strikes to enemies from safe distance.

Spawn up to X Loyal guards to fight for Aelis.

Increase unit’s attack speed by 15% and damage them for 30% of their maximum HP. Each time units under this effect, dying Aelis restore 10% of her maximum health. 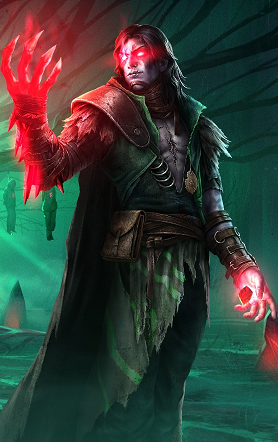 Leader of the Volatists Vizargo Oriah – Vicious attacker, who brings death to horrors with his Veil’s claw. Even if he engages the battle not in his best form, be sure once Veil’s strength awakes in Vizargo body, he will bring doom on enemies of the Volatists.

It can heal more for killed specials, but I was unable to catch specific amount, cause of extremely bugginess of this aura.

Raise a 2 cells width blast of veiled spikes from the ground in a front of Vizargo, damaging and stunning enemies for 1 second.

Vizargo dashes on maximum 5 cells range forward damaging every horror he dashed through and inflict cleave attack with his claw. One target can be damaged by both.

*Except catapult, which still gain penalty from horrific, probably bug.

Hope you enjoy the Guide about Age of Darkness: Final Stand – Faction’s Differences New Patch Guide, if you think we should add extra information or forget something, please let us know via comment below, and we will do our best to fix or update as soon as possible!