It has been made so painfully clear that the game designers are trying their best to turn this into a pay to win game. But I’m cheap, and I’ve been playing since it came out 8 years ago. In my time playing this game I’ve developed a fool-proof method to escaping their efforts and most efficiently collecting and raising every dragon.

Without having to spend a dime.


Free dragon and armour codes that don’t expire to help you get started:


After that you will be able to choose an egg, you can get


Now this is the point where most tutorials will tell you “It doesn’t matter, choose what you like uwu”

I’m here to tell you they’re wrong. Choose the Nadder, it will be helpful later. Once you get a Prickleboggle it should be easy enough to get the rest of them, so if you wanted a nightmare or something don’t worry. 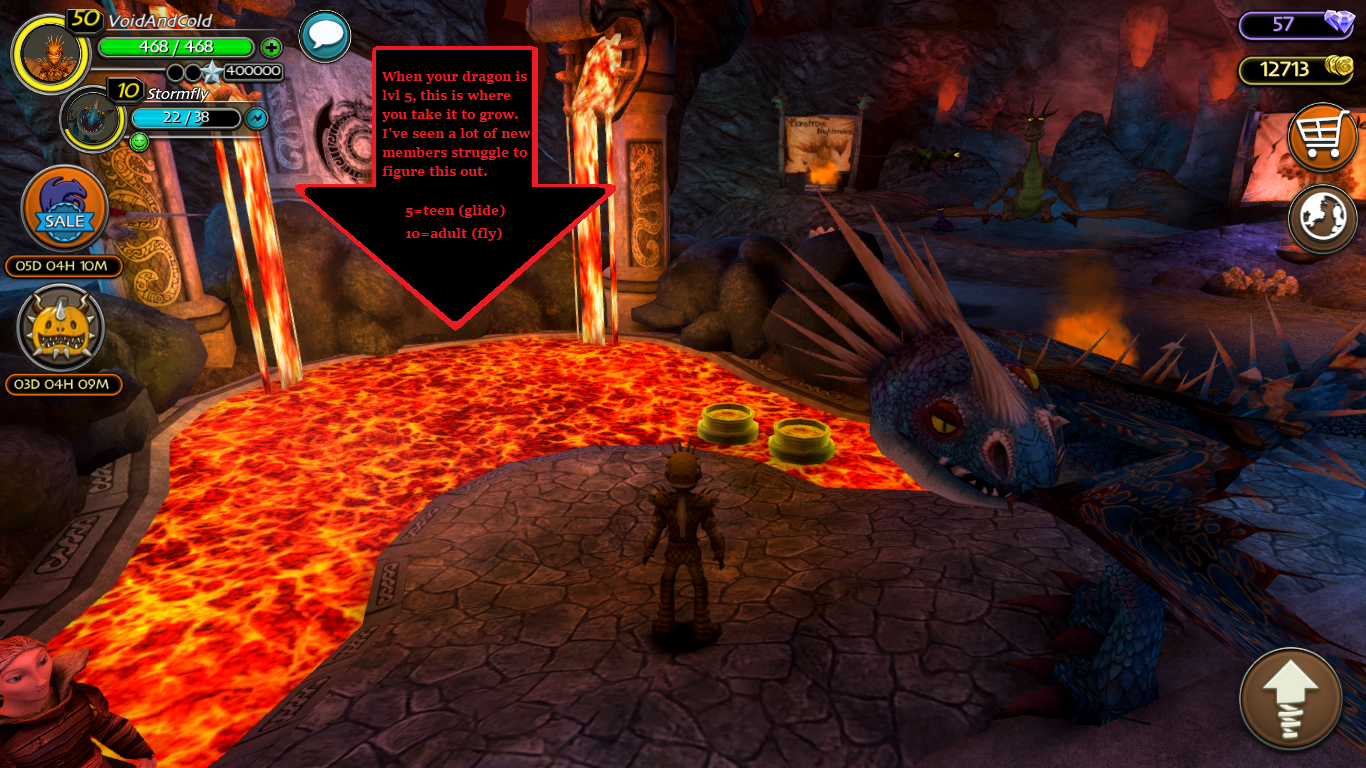 Raising your dragon (my own personal trick!)

In order to raise your dragons as fast as possible

You will want to invest as much gold into chicken farming as possible. The more eggs, the better.

Chop it down and *DON’T* pick up the wood, your dragon will go get it for you. For every log your dragon picks up it will lose one energy point. One might not sound important, but trust me the amount of energy your dragon loses is completely irrelevant. 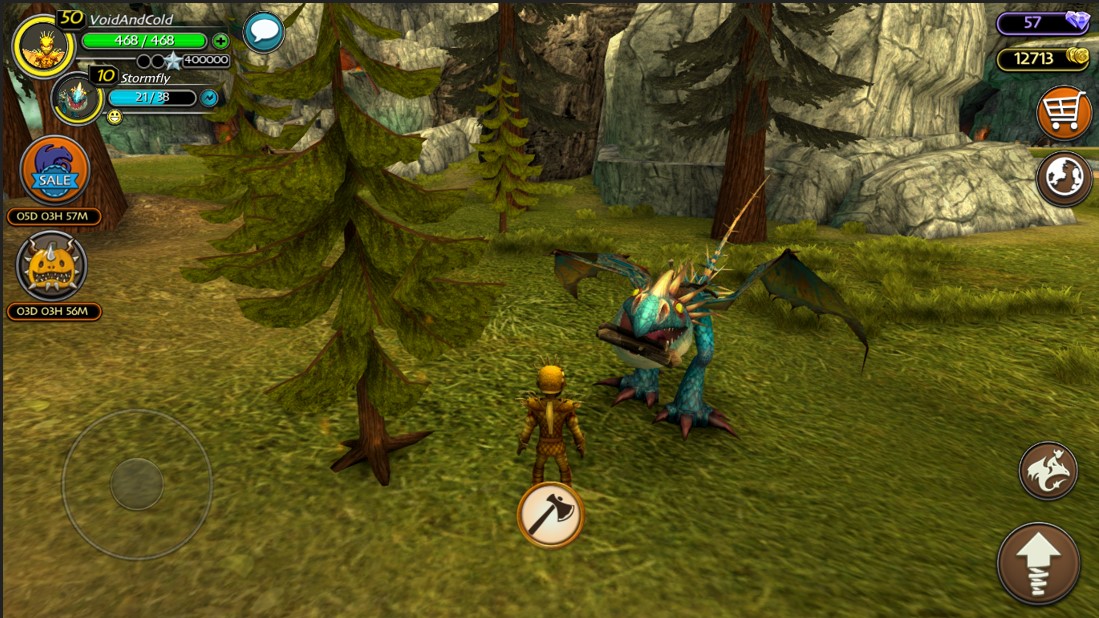 Once your dragon has given you a log click its feeding option and spam eggs as fast as you can. If you are slow it will only feed your dragon as much eggs as it takes to fill it, but if you tap fast enough all your clicks will count. Your dragon will gain exp for every egg you feed it. Rinse and repeat until your dragon is at the desired level (5 for teen, 10 for adult, 20 for titan, 50 is max) This also works with salmon


This is the best spot to find salmon in the game. Only go after salmon if you have a rod that can drag. If your rod can only reel you are pretty much asking to lose your bait. if you have a lot of chickens don’t even bother with fish, it’s a waste of time. 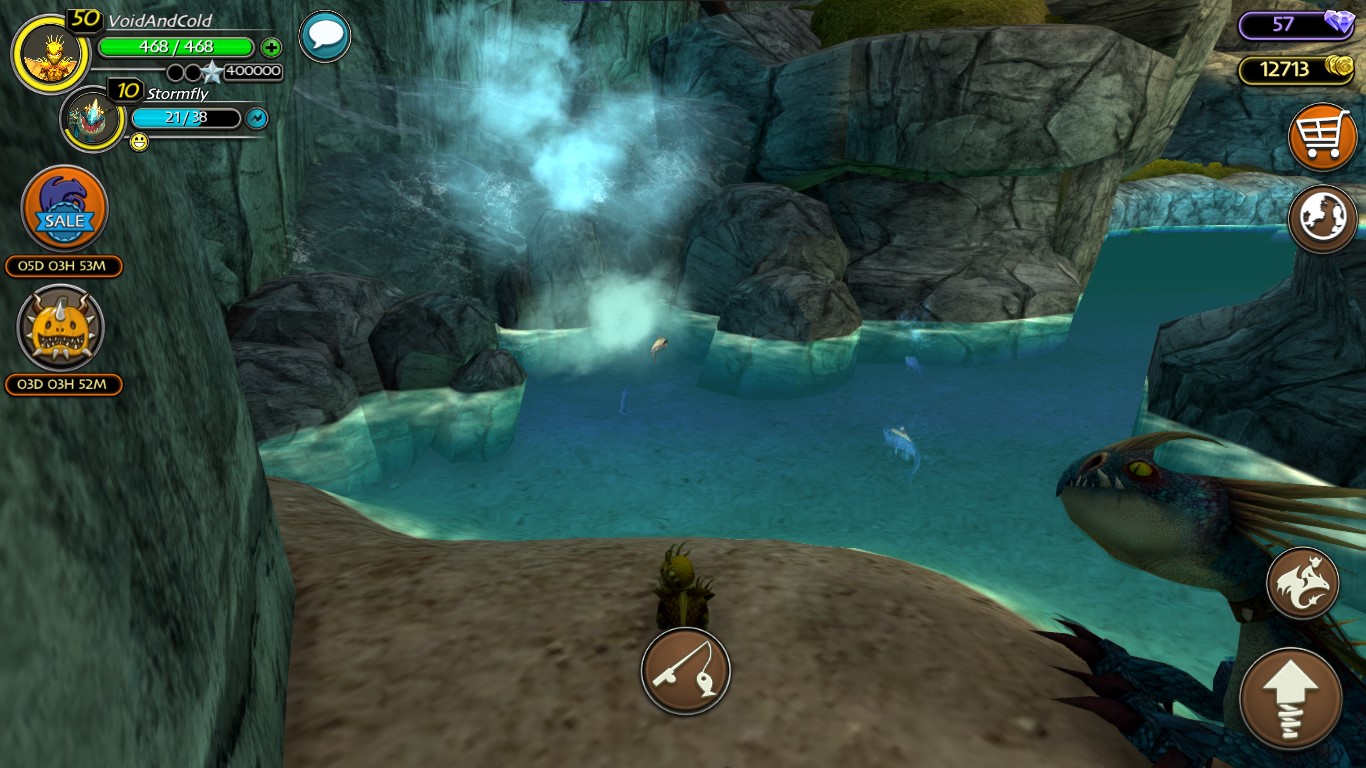 
If you can’t afford chickens or chicken food yet, send a dragon on a stable quest and do some side quests with your current dragon


Every hour on the hour a battle event will be held at the training grounds, take your freshly raised Deadly Nadder and use it in the fight.

Dragons normally have a shot limit, which gives you a disadvantage during battles like this.

Here’s how you can easily get around that each time- 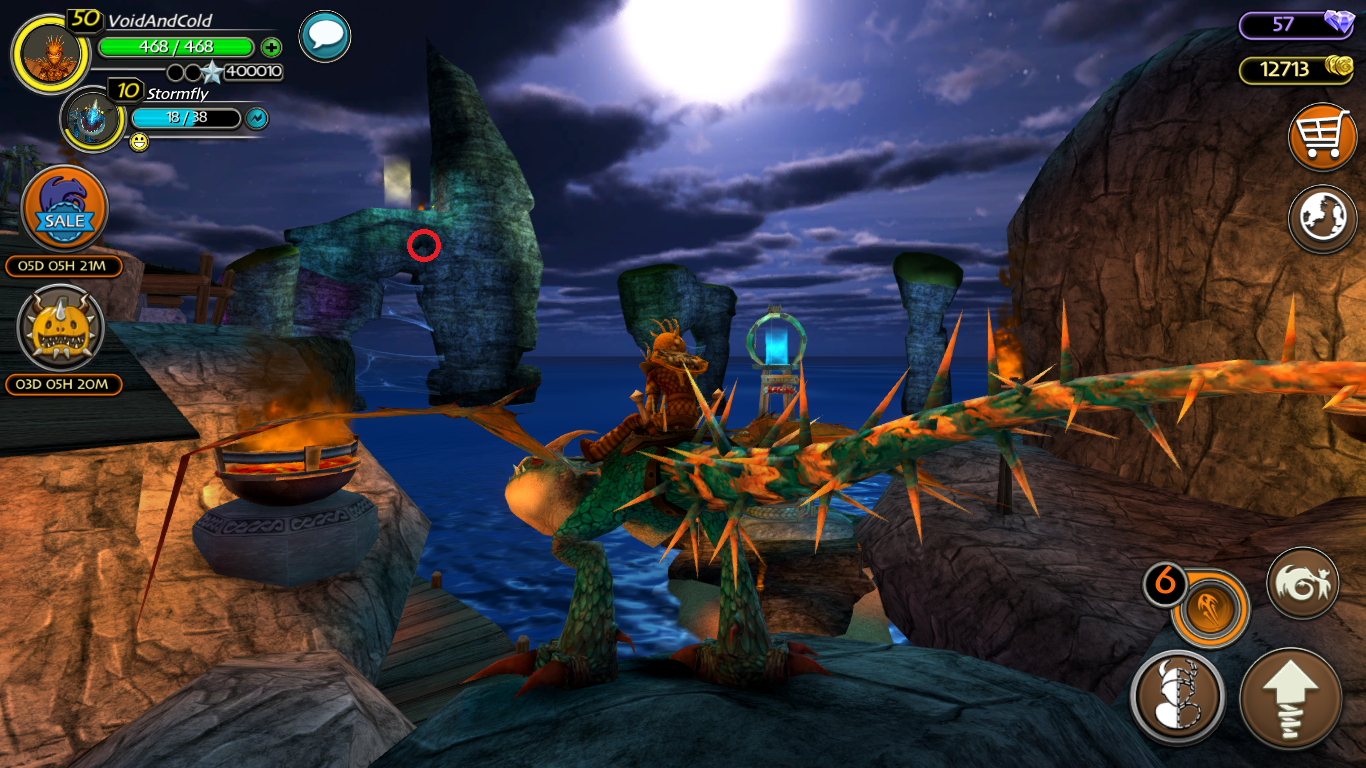 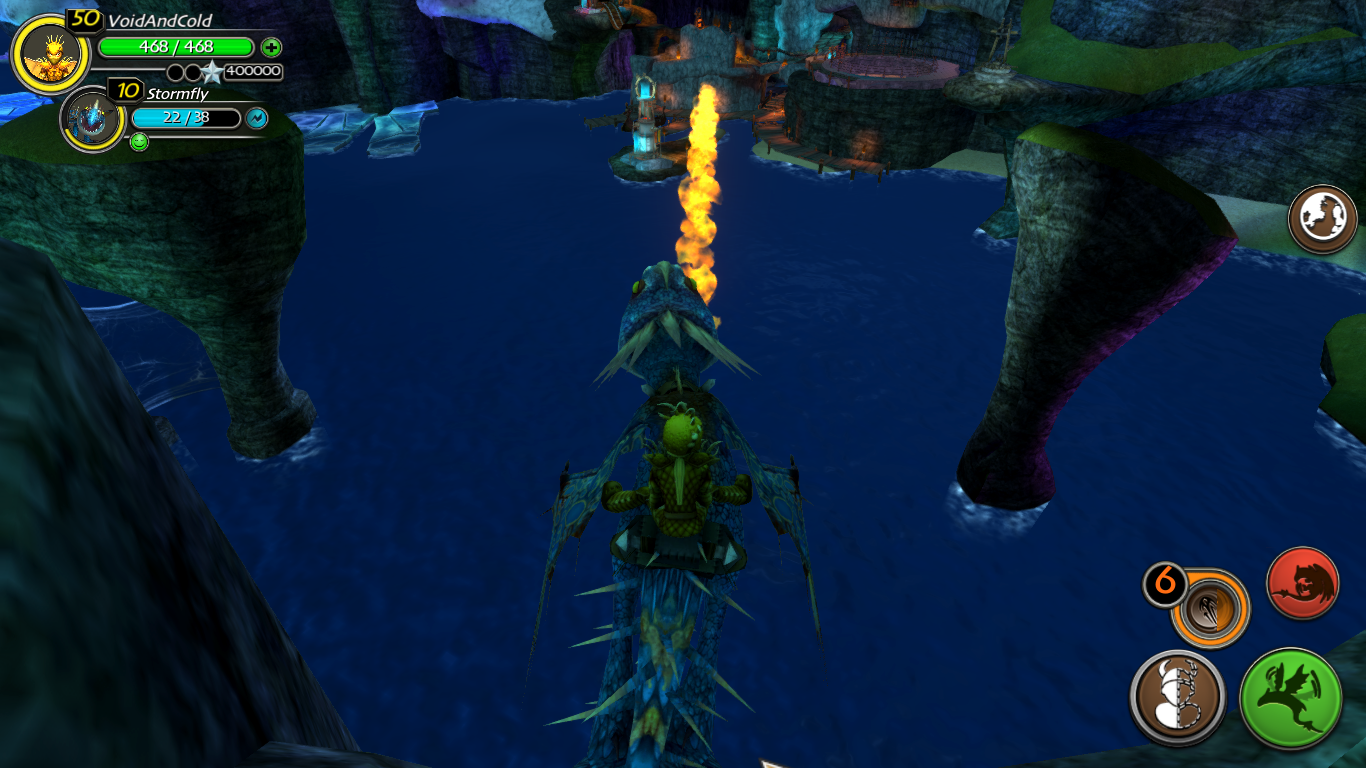 There is a large rock in the water left of the training grounds, its shaped like a backwards “h” there will be a light on the top of it.

Try to position your dragon with its back against this rock as low as possible, you will know you’ve pulled it off if you can fire endlessly while also being able to reach the ship.


The goal is to shoot the ship as many times as possible, the higher your score the better your prize. If you get gold you can get anywhere from 50-200 gems, 800 gold, or even a dragon egg or stable. (though its usually just 50 gems, it adds up over time)


If you are unlucky and just get 800 gold, you can put it towards your chicken egg farming.


Once you have collected enough gems you should spend it on a Prickleboggle, use the prickleboggle to battle and save up for Nightlights. (if you can only get one, choose Pouncer, his stats will be helpful later) 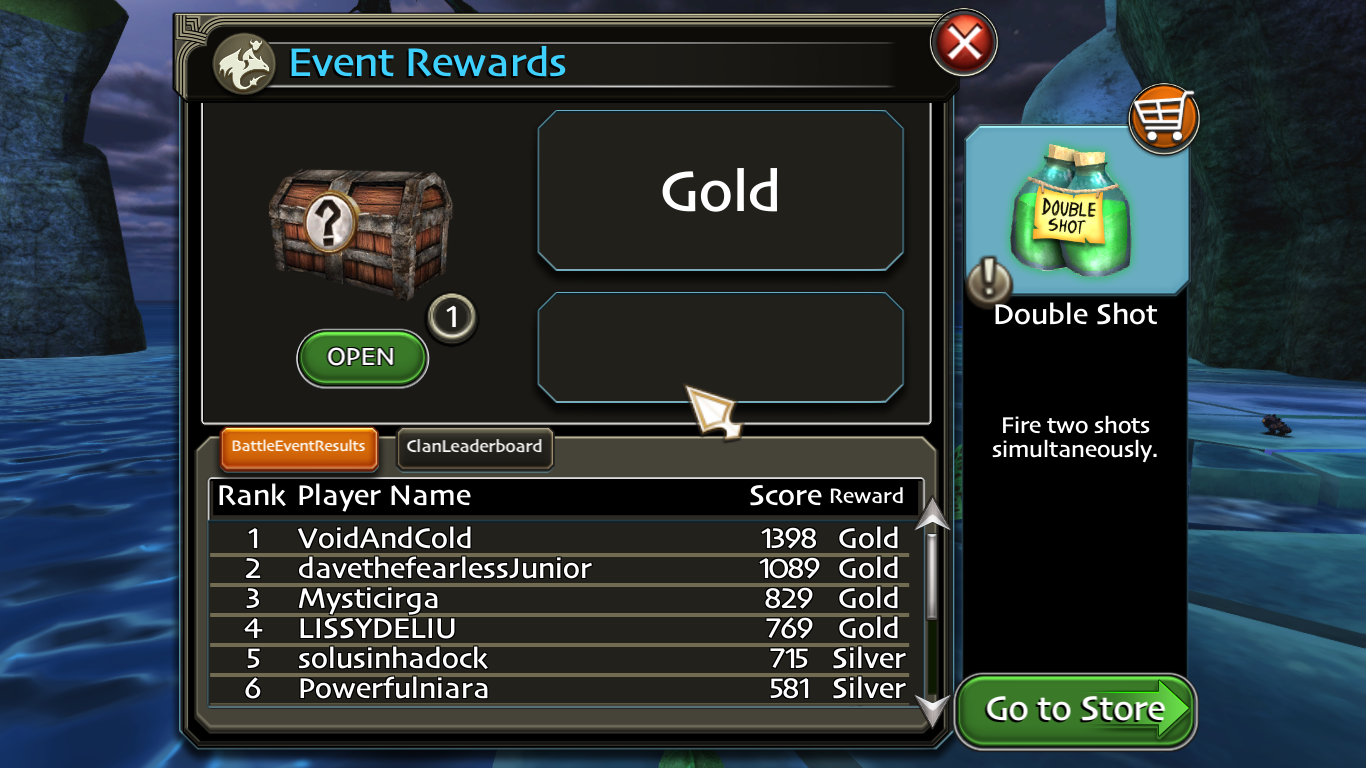 I recommend that you always keep a stable quest going, especially if you’re going to bed for the night. It’s an easy way to get gold without actively doing anything.


Now let’s get to the point, Bright Night Flight. One you’ve saved up enough gems to buy a nightlight (hopefully Pouncer) you can send them on this quest, the reward for winning this quest is a large chest of gems that rewards 225-725 gems


Success or failure in stable quests is purely up to chance, Pouncer raises your chances higher than his siblings which is why I recommend getting him first.


This is by far the best way to get gems. If you are playing on mobile you can watch ads to speed it up. If you enter your stable from the viking screen you can watch two ads back to back to end the quest instantly once per day (this is a bug I’ve exploited)

Dragons you’ll get for free

Go ahead and use your gems to buy a one week membership. This membership will give you Toothless and the Lightfury right off the bat along with every expansion. Get to each expansions island as quickly as you can, once you’ve stepped foot on those islands you will have the expansions forever, even once your membership expires. Most (if not all) expansions give you a free dragon, these dragons are as follows (in case you want to avoid buying one just to get another later)


• Whispering Death (free late game, without an expansion or membership)

•Razorwhip (Call of the Deathsong)

•Deathsong (Call of the Deathsong)

•Armorwing (Battle For the Edge)

•Flame Whipper (Secret of the Leviathan)

•Elder Sentinel (Wrath of Stormheart) (Quest only, can’t be bought)

•Smitten Hobgobbler (Curse of the Hobgobbler) (Quest only, can’t be bought)

In my opinion the best team for a Dragon tactics fight has a Prickleboggle and a Nightmare. Prickleboggles can heal everyone every turn, and nightmares can attack multiple enemies at once with a lot of force. The third dragon doesn’t matter too much.


Of course you are free to experiment and find whats best for you, but a healer is never a bad idea.


Dragon Tactics may seem useless at first, but you can get lots of cool new clothes for your viking like Bewilderbeast armour and Dark Sand Wraith armour. Along with seemingly endless options of weapons and shields. Majority of these rewards can’t be found in the store, so train hard.

If you are playing on mobile there will be an ad chest on every map that’s attached to the school. You can watch a few of these every day. They reward eggs and stables more often than any other chest I’ve opened, even ones that cost gems. Just today I got two eggs (gronckle and nightmare) along with a boulder stable just from watching those ads.

I hope you enjoy the Guide we share about School of Dragons: How to Train Your Dragon – New Players Gameplay Tips – Dragons- Battle & Gems Info; if you think we forget to add or we should add more information, please let us know via commenting below! See you soon!