Ever looked at the white nozzle and thought “Bruh this thing is useless”? Well, this guide will show you some uses, methods, and general overview of all the nozzles and extensions.

This guide is focused around the equipment for the most powerful Power Washer at the moment, which is the Prime Vista 3000. Don’t have it? Get it. Save up the $2000, it is worth it. Also, this guide is based off my opinions and experience with the game. You can think the Yellow nozzle is horrible, and that’s all fine. Argue my claims in the comments!

Arguably the worst nozzle in the game, the White nozzle sacrifices range and power for spread, way more than the Green and Yellow nozzles do. This makes it pretty much useless against hard grime and at distant surfaces. BUT, the White nozzle does have 2 good uses…

I call this Mowing because it’s kind of like mowing gra*s, if you know what I mean.

Basically by crouching, it both moves the nozzle as close to a surface as it can get (making it more powerful), and slows down your movement so that the blast stays on a particular spot for a longer time. The mix of these 2 effects creates a beast of a spray that easily takes out mid-hard level grime. This also works on walls too. So, if you’re the type of person who likes to take it slow instead of Spray and Pray with the other nozzles, try this out.

The only other real use for the White nozzle is for removing surface level grime… which it doesn’t even do too good a job of. But hey, it works.


Overall, the best word to describe this nozzle is “Situational.” Not useful a lot of the time. You’re better off using the other colored nozzles.

One of your go-to nozzles to get the job done. Unlike the White nozzle, it can take out easy-mid level grime in regular use, and is guaranteed to clean a surface if you use it as a mower like in the video above. The Green nozzle is what you should use to clean a majority of stuff that isn’t covered in hard-very hard level grime.

As you can see, the Green nozzle quite easily takes care of surfaces by itself. Yes, it does leave some spots, but most of the time it doesn’t matter because you don’t have to completely 100% clean a surface to… clean it. Yeah.

The best nozzle, hands down. It has all 3 of the crucial components; Range, Power, and Spread. When the Green nozzle isn’t applicable, this is your main choice afterwards. On the Prime Vista 3000, the Yellow nozzle is as powerful as the Red nozzle on a lower-level pressure washer, being able to take out almost all types of grime easily.

Although the Yellow nozzle needs more precision than the Green nozzle, its superior range and power makes it real nice against tough grime or far away surfaces… maybe even both.


On the later jobs where tough grime is splattered everywhere, this will be the best choice to get the job done.

A polar opposite of the White nozzle; it sacrifices spread for range and power. Because it has the spread of a stick, it is grueling washing a whole surface with it. That’s why you should probably use it for these 2 purposes…

All in all, Rust. As it’s the toughest grime in the game at the moment, the most powerful nozzle is arguably the best against rust. Even the Yellow nozzle can handle rust, but the Red nozzle is sure to make it disappear. We’ll see how the Red nozzle holds up whenever Oily surfaces are introduced…

Can’t find a dirty spot when a surface is still unclean? Spray that Red nozzle in Every. Single. Nook. And. Cranny. That should solve your problem if you do it for long enough.


Kind of like the White nozzle, it’s pretty situational and isn’t used as often as the Green or Yellow nozzles. 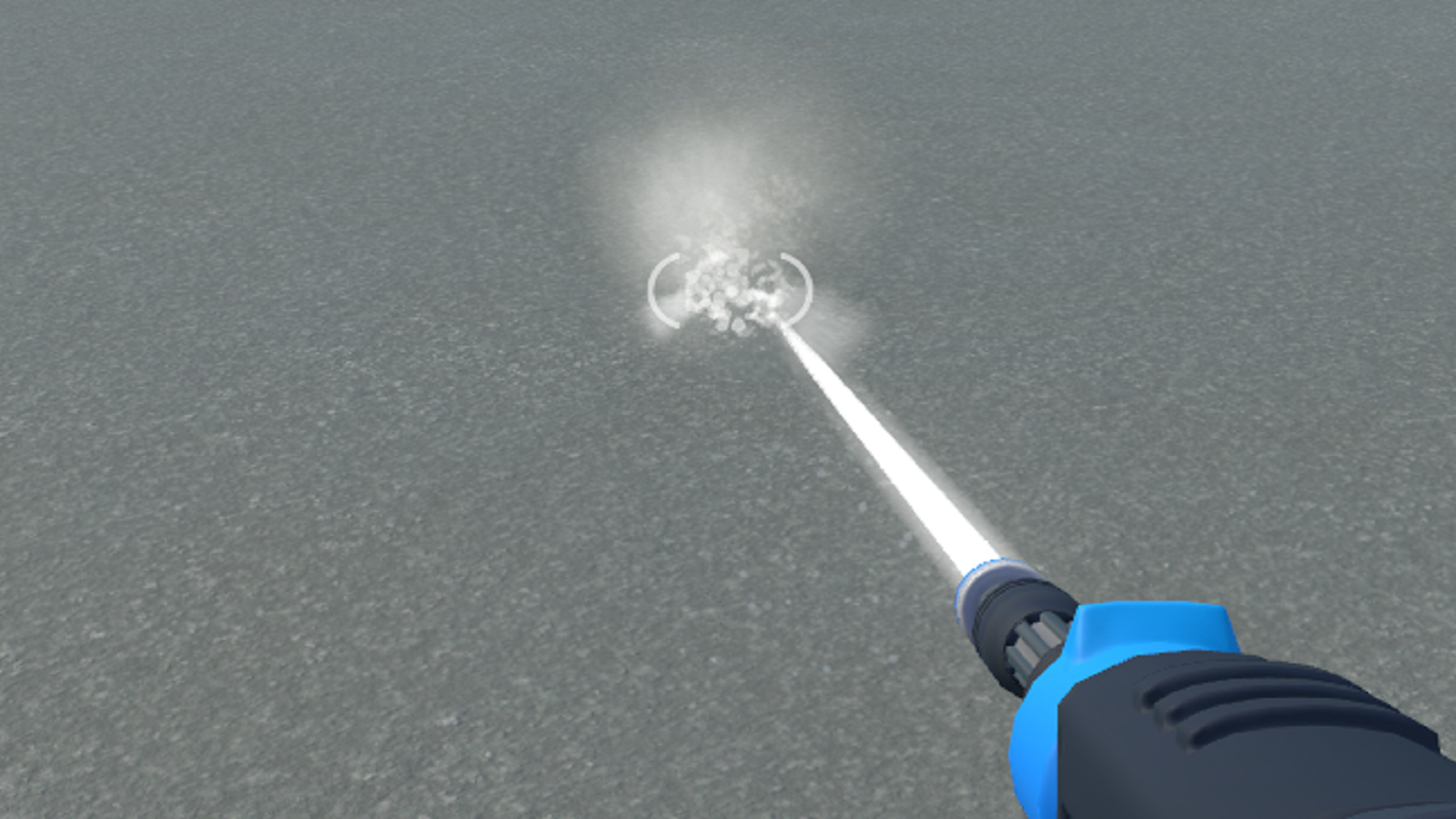 
As suggested by Codeheart in the comments, the Turbo nozzle is just as good for getting out rust as the Red nozzle, and I think especially better on circular objects like tire hubcaps. Although, I wouldn’t suggest you use it that often since the Soap nozzle exists. But hey, you do whatever you want.

As you can see, if you try to Spray and Pray with the Turbo nozzle, you’ll just create a bunch of ramen noodles on the surface. To get the full effect, you have to use it s l o w l y , and at that point you should just use the Yellow nozzle.

Cleaning a far away surface

The farther you are from a surface, the greater the Turbo nozzle’s spread is. So, if you’re cleaning something from a distance that White-Yellow nozzles can’t clean, the Turbo nozzle will be a lot easier than using the Red nozzle. Only problem is that it creates donut shapes of cleanliness.


All in all, an even more situational Red nozzle. But, paying $120 for a permanent new nozzle isn’t that bad. The more options the better. 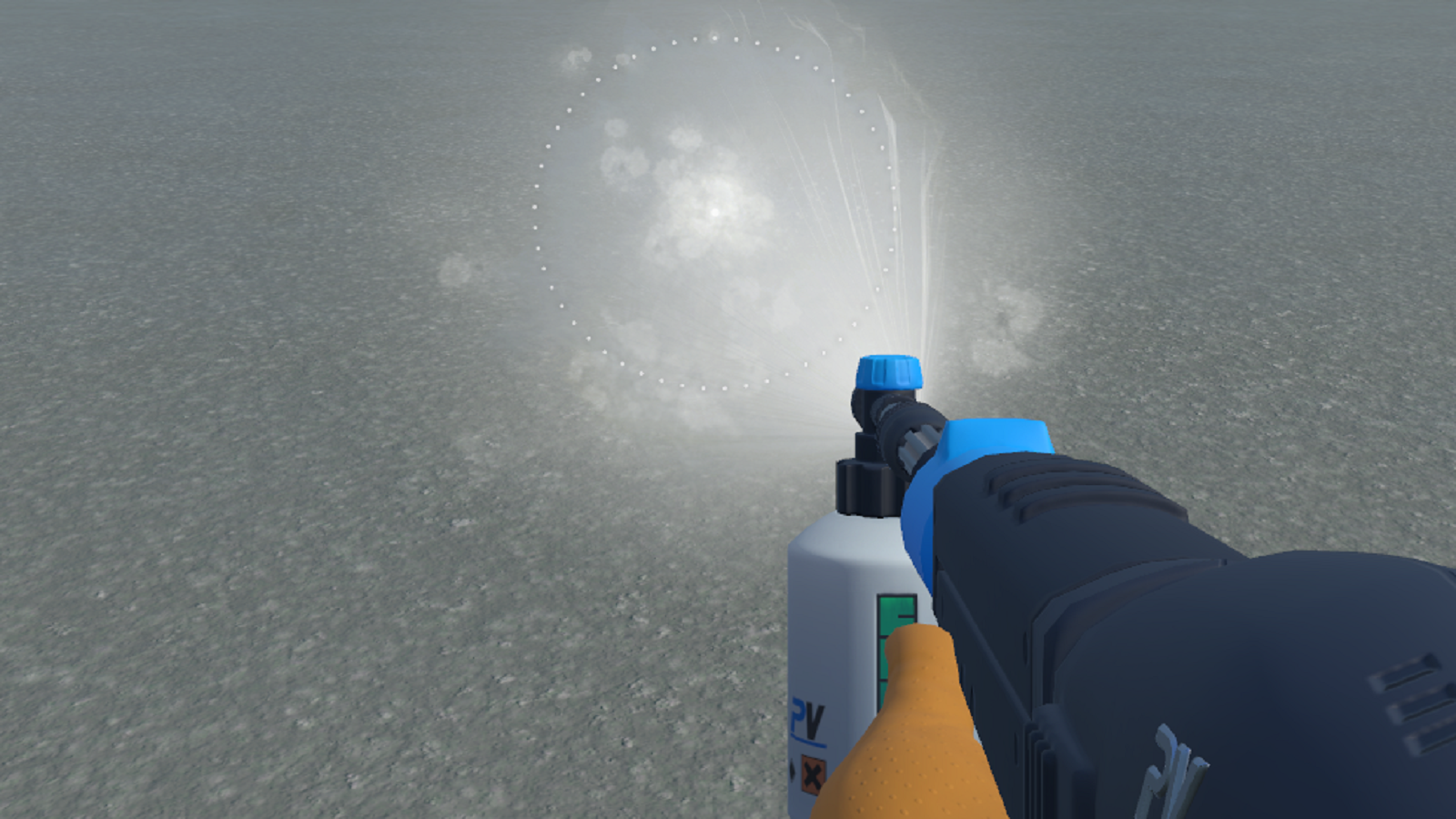 Fun fact, the Soap nozzle has a spread of 65° in ALL directions, not just one. But, it’s balanced by it’s pitiful range, which I think is even worse than the White nozzle’s.


You know some of the sayings “Jack of all trades” and “Master of one”? The Soap nozzle is both a jack of all trades and a master of one. With its HUGE spread, it’s really good for finishing up a surface with little dirt spots stuck on it. But, it’s metal cleaner is an absolute beast at taking out rust. Why get all nit-picky with the Red nozzle when you can blast the whole thing with the Soap nozzle.

As shown here, the metal cleaner shreds rust, and is practically a necessity for completing the Vintage Car.


Despite all of these upsides, there’s one major downside to the Soap nozzle…

You have to pay $600 + $10 for each cleaner just to use the thing. “Can’t you just not use a cleaner?” -No. Without a cleaner, it does absolutely nothing. Sure, you could clean a whole house with the Soap, but afterwards you’d literally be in debt. Because of these costs, I just mainly use the Soap nozzle to demolish rust, and that’s it. Good thing this isn’t a worry on Freeplay mode…

Honestly, if you can afford the Long extension, don’t bother with this one. It’s whole gimmick is that it extends your range while still being able to stand close to walls… but you should never really be standing that close to a wall unless absolutely necessary, like in the top portion of the Shoe House. But, if you just need an extension and don’t want to pay up double the price for the Long extension, be my guest to buy this one. It still helps. 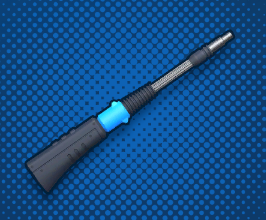 Now THIS extension is where it’s at. Naturally, the extension that improves your range the most is going to be the best.

Sure, you can’t stand as close to walls as the Short extension, but… you can just take it off if you need to. The long extension is basically just a better Short extension, with better power and range boosts. Get this if you can.

Overall, use the Yellow and Green nozzles for almost everything, use the Soap nozzle for rust, and use the Long extension over the Short one.


For my first guide, this didn’t turn out that bad. Have any feedback or improvements I could make? Leave ’em in the comments. Also mentioned at the start, if you have any different opinions about stuff I said, mention those in the comments.

I hope you enjoy the Guide we share about PowerWash Simulator – Nozzles and Extensions Information Details Explained!; if you think we forget to add or we should add more information, please let us know via commenting below! See you soon!