So you’re getting 3k points consistently and want to push higher? A guide on lesser known advanced mechanics, the basics aren’t covered in this guide.

So you figured out the basics, segregate your roads, don’t let traffic cross wherever you can and use diagonals roads as much as you can. Now with a bit of practice you’re easily getting 2.5k+ every game as you’re able to smash through the early and mid game. Now you want to know how to start pushing for higher scores to get into the top 200. All of those tiny efficient changes you can make and obscure mechanics. Well that’s what this guide is for, I hope you learn something helpful.

So there seems to be a general consensus across youtube, steam, reddit, discord and so on that traffic lights are useless compared to roundabouts or that even regular junctions are better (they aren’t). The reality is that both have different use cases, advantages and disadvantages:

In summary, you’ll probably never need more than two roundabouts for a game, but they’re invaluable for solving issues where roads need to cross early and mid game and can massively help with conserving how many roads you use. Late game where you’ll struggle to fit in a roundabout, you get less of them than traffic lights, and their niche for more than three entrance junctions being no longer needed, traffic lights are the better choice. If you’re able to safely avoid needing roundabouts in early and mid game then you’re setting yourself up better for late game.

There are plenty of very undesirable spawns you can get in this game, blocking allows you to avoid these and there are very obvious advantages to that, blocking keeps you alive by preventing spawns that screw current and future paths, keeping critical pathways available. It does come with a key disadvantage which I’ll cover first:


The more shop spawns you block and the more you space them out the fewer total shops you’ll have spawn, and you may be delaying a shop spawn that could’ve been giving you points during that time. Someone who doesn’t block at all may manage to fit in lets say 23 shops, compared to blocking giving you only 20. Of course with more shops squeezed in, finding efficient paths will be more difficult for them and it will probably kill those players. However having more shops comes with the advantage that your maximum possible score will be higher and your score will rise faster. As weeks go by, the rate at which pins spawn on shops will increase until it’s impossible for your throughput to meet the demand. As a result you want to have as many points coming in as possible before you hit that point in time, more shops means more traffic and more points. Overzealous blocking is detrimental for this reason, and you should always consider if any of your blocks may be ruining a perfectly good shop spawn.


Now then, here are some scenarios where blocking should be considered:

This is simply a tight space where a house spawn could prevent access that will be important later on. 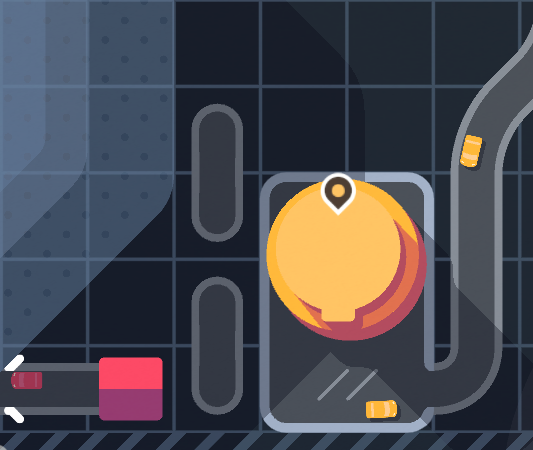 Houses often spawn along cliffs meaning you can’t run roads behind them which is often helpful, so I reserve that path. I also ensure that no shops spawn in this canyon between the cliffs.

Keeping spawns off of the cliff and waters edge 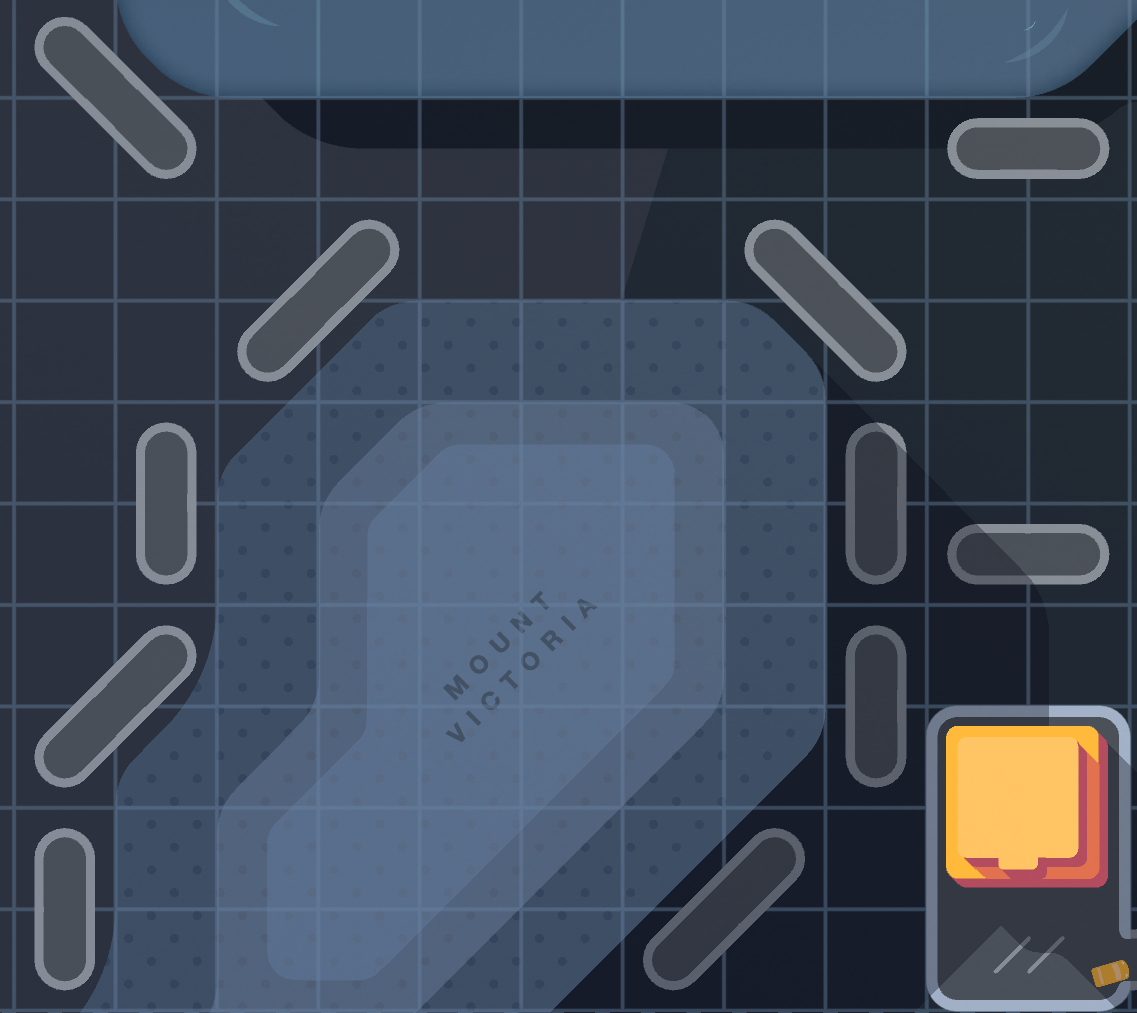 I want to avoid a red house spawn between the existing houses and the yellow shop which would mean any future red house spawns below would have no access to the road they need to be on. 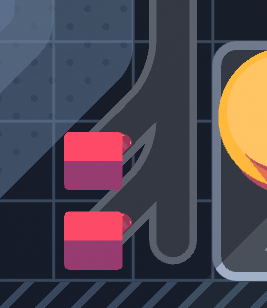 Here there are no yellow house spawns that would completely block me, however a spawn in either of the blocked locations would result in needing a road to loop around to future houses spawning on the high right side of the neighbourhood. 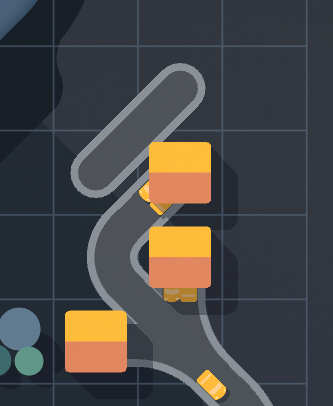 Penning in neighbourhoods to control which direction it should expand in

Here I can force house spawns to be closer to the shop they’re going to as well as avoiding having houses spawn where they’d need go around several blocks to hook up to the preexisting houses. 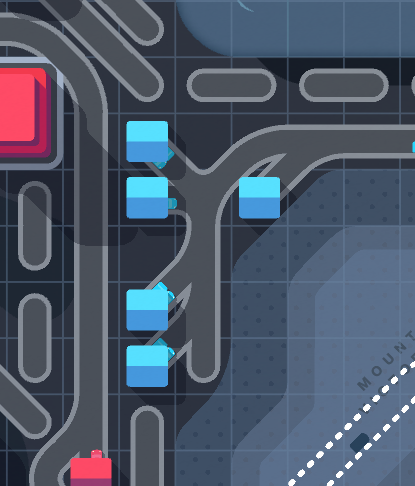 Here’s the same spot as the previous image, yet I’m penning on one side and blocking for future house access on the other to control the spawns. 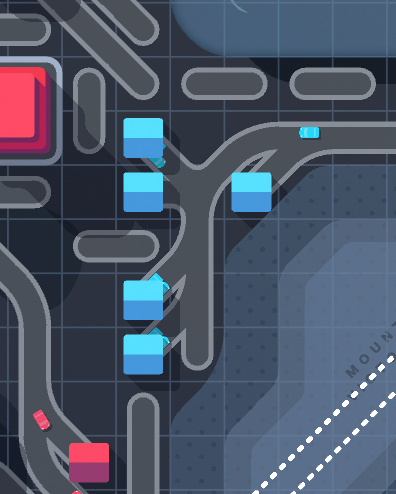 Keeping roads segregated is incredibly important. So at all costs we want to avoid shop spawns that prevent us from running roads around this red shop or force us to have a road providing access to multiple shops with a bad driveway placement. 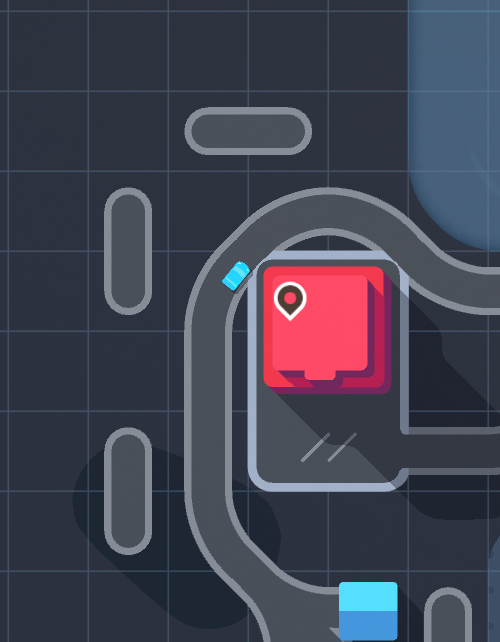 A simple go to strategy is providing a two block border around existing shops to help ensure you can route effectively in the future without a shop dropping itself in the way. 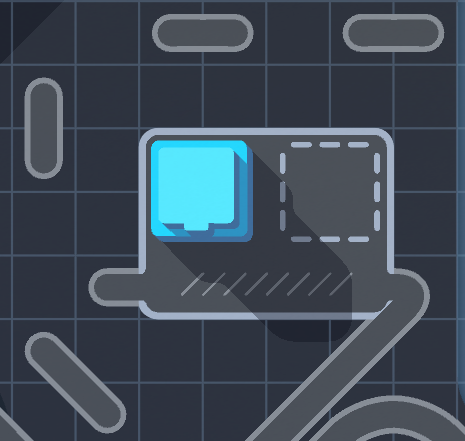 All feedback is appreciated. Especially if you have any additional information I can add to this guide. Patches are prone to changing game mechanics, especially mechanics around driveways and junctions, so if something changes or needs correcting, please leave a comment.

Hope you enjoy the Guide about Mini Motorways – Advanced Mechanics & Basic Terminology, if you think we should add extra information or forget something, please let us know via comment below, and we will do our best to fix or update as soon as possible!