Bard is an advanced class for the female mage. She is primarily a ranged class that uses harps as her main weapon.

The Bard is a support class that utilizes a holy harp to attack foes from a long distance, and support allies from the back. They can damage enemies with sharp melodies, and heal allies with beautiful, mellow notes. Typically in a party, the bard is better suited as a rearguard, rather than a vanguard. By using various buffs, the bard can provide Effective support on to the party. Although the bard’s attack stats are low, they are a crucial component of a party because of their ability to provide powerful support. 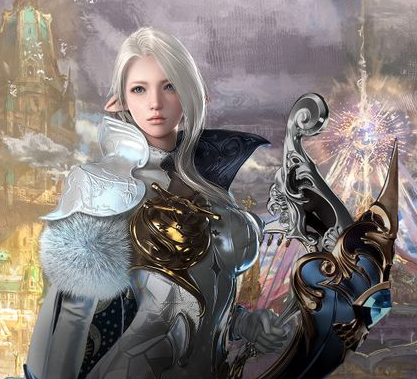 Virtuosos of the Liane harp, bards can evoke soothing serenades to heal their team-or unleash a chorus of pain on their unfortunate foes. Their attack power is rather low, but their ability to support allies makes them a harmonious part of any team.

Due to the complexity of the skill system, all skills on this section of my guide are displayed at level 1 with no effects applied.

Bard’s unique skill is the Serenade. Serenade can be utilized by consuming the serenade bar which fills up during combat by hitting abilities. One stack of the bar is utilized to use the unique ability and the bar can fill up to 3 stacks. There are two types of Serenades that a Bard player has access to, these are :

Ultimate Support Class – Bard is the go to support class present in the game. People who want to look out for their team and prefer to carry the team from the shadows will love to play as Bard. Bard has the best team utility compared to all the other classes in the game, so you can never go wrong playing Bard.

High demand – Since there arent many players who like playing support, the players that enjoy the role and are good at it are some of the most wanted players in any team. A good support can make an average team good and enhance the player experience for everyone on the team. So if you do decide to pick this class you are sure to get many invites from different parties to out on quests with.

Mandatory in High Level Play – Due to the high team utility, at higher levels of play not having a Bard in your team is very disadvantageuos and you will be much better with her than without her. Her presence alone can change the outcome of any encounter that your team faces.

Low Damage Output – Let’s start with the most obvious point, Bard has one of the lowest damage output in the game which is compensated by her support abilities however players that want to shred through the enemies will be highly dissapointed.

Low health – The bard also does not have a huge health pool making her a squishy targets, in PvP she struggles quite a bit due to this as players often focus her and due to her health she dies relatively easily. The amount of time the Bard is able to survive differentiates bad and great Bard players as you want her utility whenever possible.

The Bard like the other classes has two unique engravings. These are the True Courage and Desperate Salvation. From these two we highly recommend that you pick the Desperate Salvation as it helps the Bard to Survive for a longer time which as mentioned above one of the most important things for any Bard player.

Specialist – At Lv. 3 : Shield and HP recovery effects used on yourself and party members are increased by 24%, and when the target’s HP is below 50%, this effect is increased by an additional 12%

Heavy Armor – AtLv. 3: All Defense +150%. The amount of Defense increased by Heavy Armor Equipment is not affected by effects that cause Defense reduction.

This is all about Lost Ark – Bard Class Female Mage – Special Skills; I hope you enjoy reading the Guide! If you feel like we should add more information or we forget/mistake, please let us know via commenting below, and thanks! See you soon!