In order to play as Eastocean you must win the civil war against the regent forces once you are victorious you will get a handful of events that will change your faction.

Your first choice will decide if princess Jing ascends from royal heir to empress or if Lord Wenchang rebuilds the Imperial Court.


If you choose Jing she will become your faction leader, gain the benefits of being the emperor/empress and you become the Galactic Empire, your policy tree will be the same and you keep all your current fleets and decide the fate of the regent commanders (recruit, kill or release).

If you choose A New Court (Lord Wenchang) the commanders of Eastocean are disappointed and betrayed, they decide to declare independence in doing so declares war on the newly formed Imperial Court.


This gives you another choice: Who do you want to play as?

If you choose Imperial Court you will get most of the same effects from Galactic empire but you lost the Eastocean commanders and Lord Wenchang becomes the new Prime Minister.


But if you choose the challenge that is Eastocean Fleet you will only have 3 commanders left and you keep the eastern planets (about 5 when i did this) and your new enemy chooses the fate of Regent commanders. So why do this? You get a new Policy tree that includes 2 new units and each of these 3 factions get a unique ending event if you win the game. 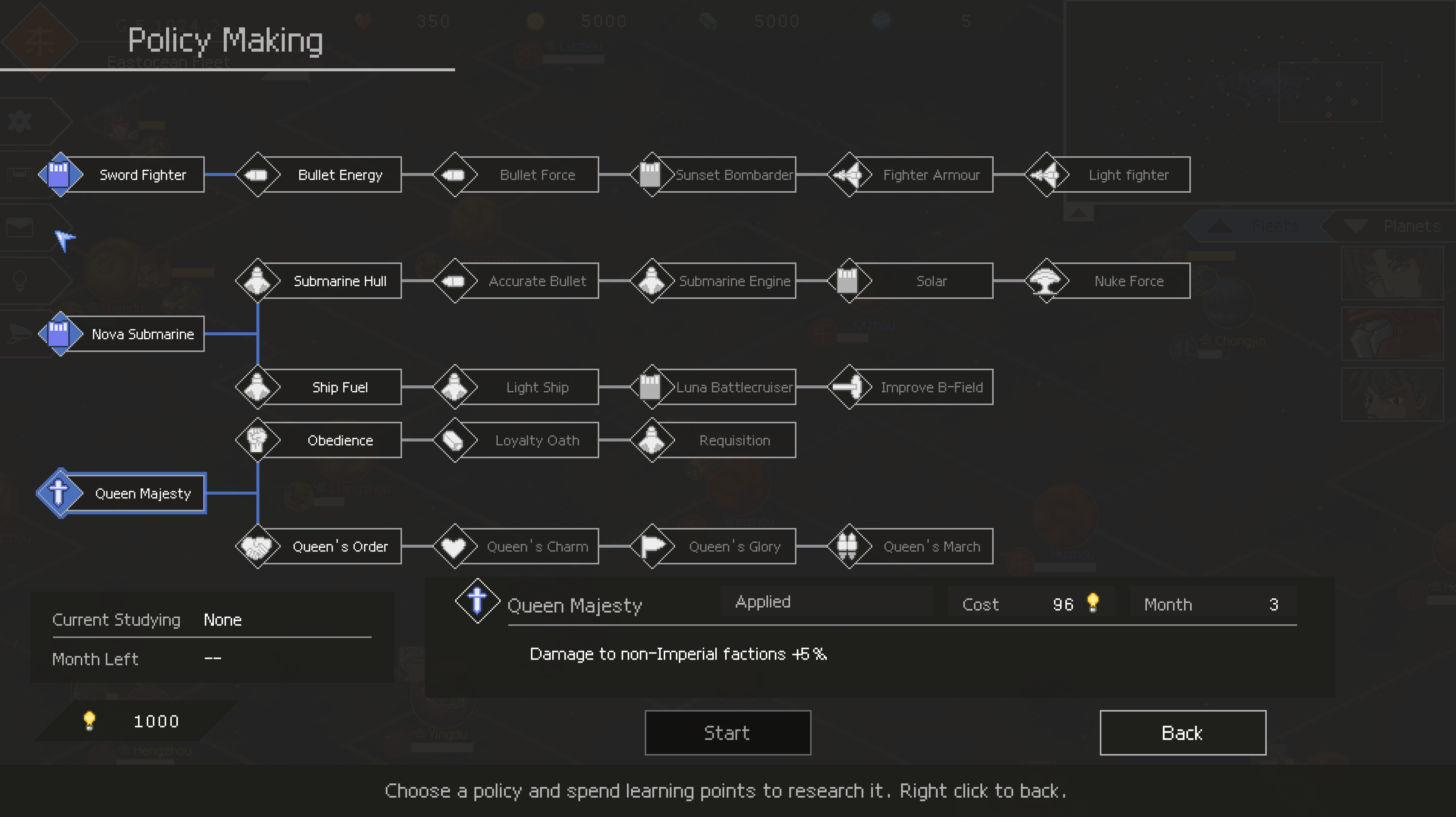 Your two new units are the following:


The Sunset Bombardier is a fighter squad with 6 missile launchers and 7 movement.

The Solar Nuke Submarine is (surprisingly) a submarine with a nuke : ) and 7 cannons, not sure if you stay in diving state if you fire the nuke but I think you would since the bio torpedo doesn’t deactivate dive.


These are the new Policies (I’m not including unit stat upgrades such as Bullet Energy):

Obedience: -15 unrest when you capture a planet

Sorry this is work in progress at the moment, i just need another hour or so of gameplay to defeat the royalists : )


then i will update this asap

This is all about Chaos Galaxy 2 – Secret Factions – Eastocean Fleet and Westwastes Fleet; I hope you enjoy reading the Guide! If you feel like we should add more information or we forget/mistake, please let us know via commenting below, and thanks! See you soon!