Hey there! Here you find a complete List of Achievements for another 100% completition. DLC’s only!

Welcome to my guide!

Thank you for reading and Happy Hunting!

They Came From Below

Right after you start the DLC, you’ll encounter a village in need of help. You have a gun from the beginning on but limited time to kill the robots you see. For me it worked the first time I tried, just shooting on the Eyes and try to agro them onto me. If you have struggles on this one just restart as its the very beginning.

Local Hero – Save all the Villagers

In the “War of the Worlds” Quest (beginning Chapter 2) you’ll find yourself in the village – again. There are 6 Villagers to save even if the mission tells you to only save 3 of them. Kill the bots or lure them away of the people in need of help so they can escape and the Achievement is yours.

Also don’t shoot them by yourself. I didn’t try it but i think they need to run away to count.

– Push 7 Robots Into the Smelter

In Act II (Quest: Do Androids dream of Electric Sheep?) you come across a room with a hole in the floor while searching for the old lab, where Faraday burns robot-bodies. As you enter that room some bots will attack you. Just run away from them, to the opposite side of the hole to lure them into it. They will jump in and you’ll get your achievement!

Always aim for the eyes. If you did it right the head of the Robots should turn around. Just keep grinding if you haven’t got i when fighting the boss. Easiest enemys to make many eyeshots are the big ones almost at the ending of the DLC.

Right at the beginning in Chapter 1 ,after picking up the Gun, your mission is to shoot barrels. Find more of them while playing and shoot as many as possible. There are more than enough so don’t worry if you think you missed one… Also they make good damage and are worth shooting at while in combat.

Well-Read – Pick Up All Lore Items

I used this guide – [xboxachievements.com]  to find all the collectibles and i can recommend it as its complete and I found everything easily!

This one’s a little tricky because blocking attacks with your vibe is hard until you know when exactly to block because you have to do it at the right moment. You can farm this easily with one enemy trying to hit you at the very beginning of the DLC

As soon as you unlock the serenade ability use it on the people you encounter. I did it in the Mock Rockers quest in the bar because there were many attackers and you’ve unlocked the “Serenade 2 people”-skill at this point of the story. You can serenade the same persons again and again until it pops up.

Easy. Just use Facemelt as soon as you’ve unlocked it and rock them to death mindblow them while the shield is gone to get the achievement.

On day two you have to poledance for fans in the quest “Going to a Go Go Dancer”. Just go into your inventory and deequip your clothes before doing so and it will pop.

For this one I used the enemies after the Poledance-scene and ran in circle ’til they were close together and spamed gold records into the mob until it showed up. You can also do this at the bar.

For this one I used this guide on reddit – [reddit.com]  which is complete and easy to use!

I had to play the game twice because in my first run I wanted to try finding the statues on my own but missed one so its good to use this guide for one complete run.

We All Fall Down

For the following Achievements I used this amazing guide – [steamcommunity.com]  by Y|yukichigai, confirming it is complete and pretty good written!

Push Over – Knock Down 40 NPCs with Whip Shove Combo

This one is easy if you know what to do. First hit your target with a whip (LMB), then as fast as possible shove (RMB) to see them kissing the floor. Just repeat (same enemies twice count) and it will pop up. To farm this you can use the Bobbies at the very beginning next to the Joybooth.

Down the Tubes – Zap 20 Different TVs with Dart Gun

Halfway the story you’ll find the Dart Gun next to a bodie. I had to replay the DLC because I missed one and didn’t find a guide for that so I made a list for you to find them because there are exactly 20.

1. After you pick up the gun, head back to waterloo district because there is one TV that disappears when progressing further. It’s the one you encountered before, after leaving the factory in the alley. 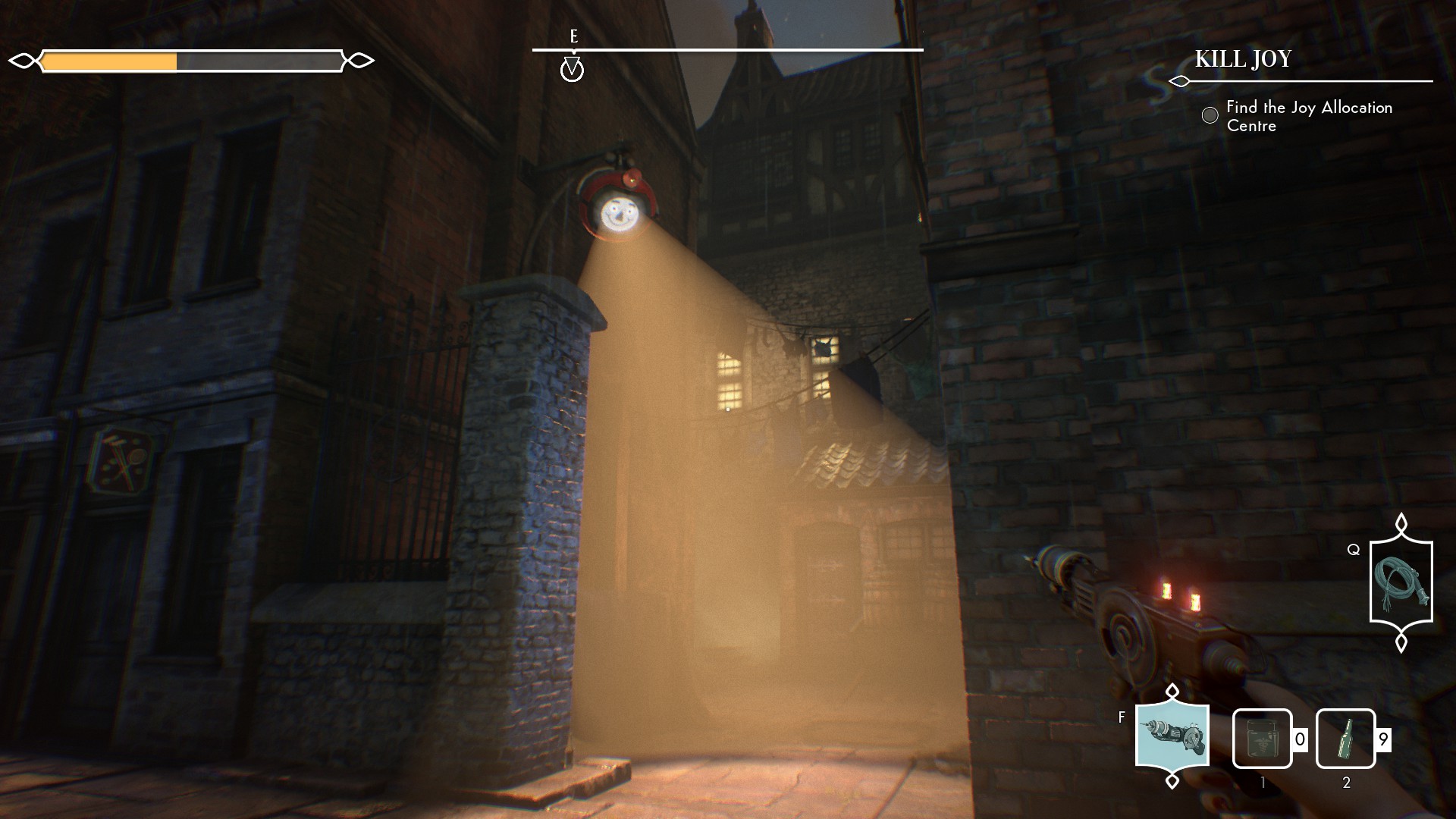 At this point you can shoot the other TV’s you encounter but these will not despawn when coming back there.

2. You can see the first one where you picked up the gun

3.When you progress further through the canal there’s the next TV 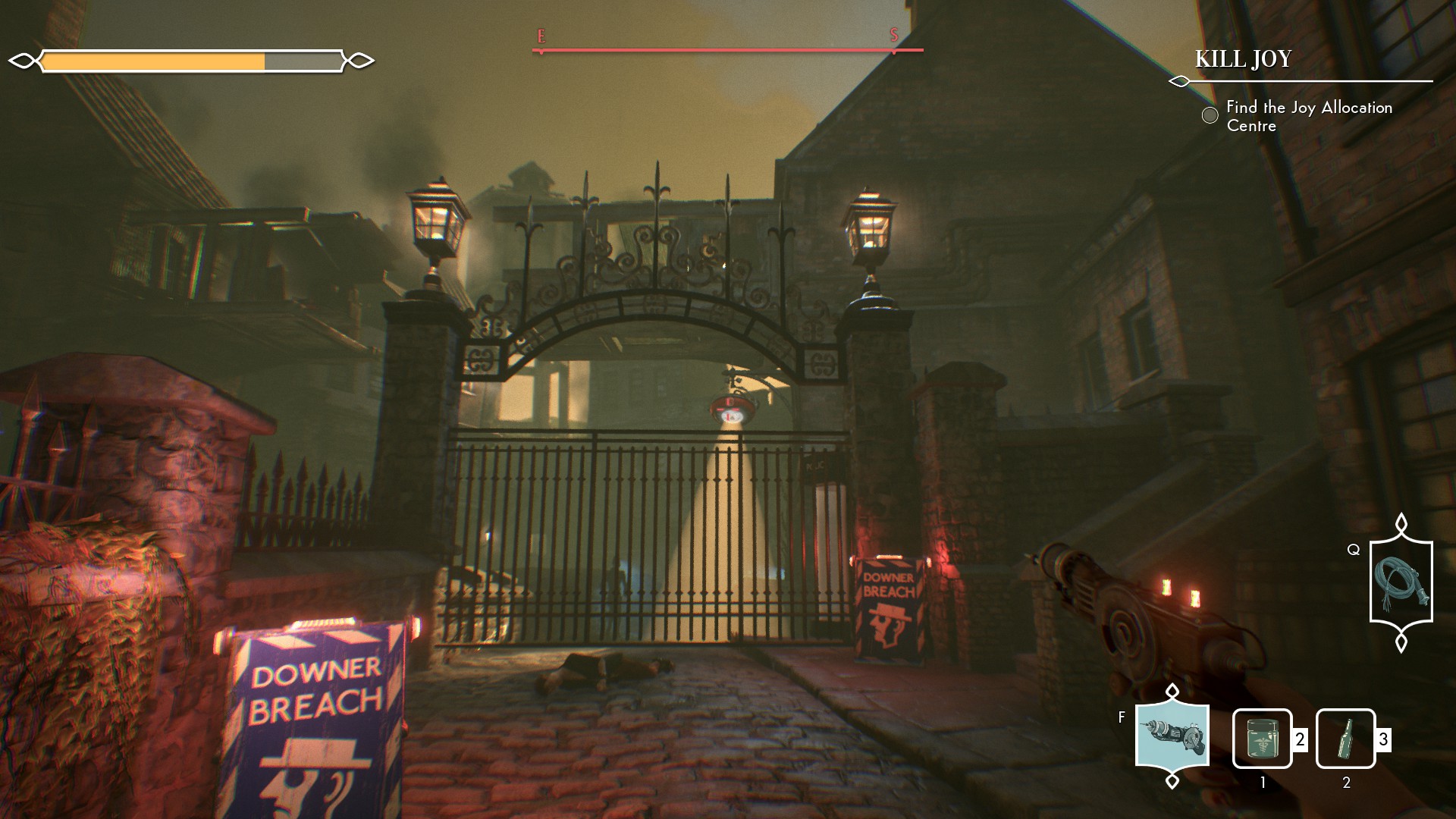 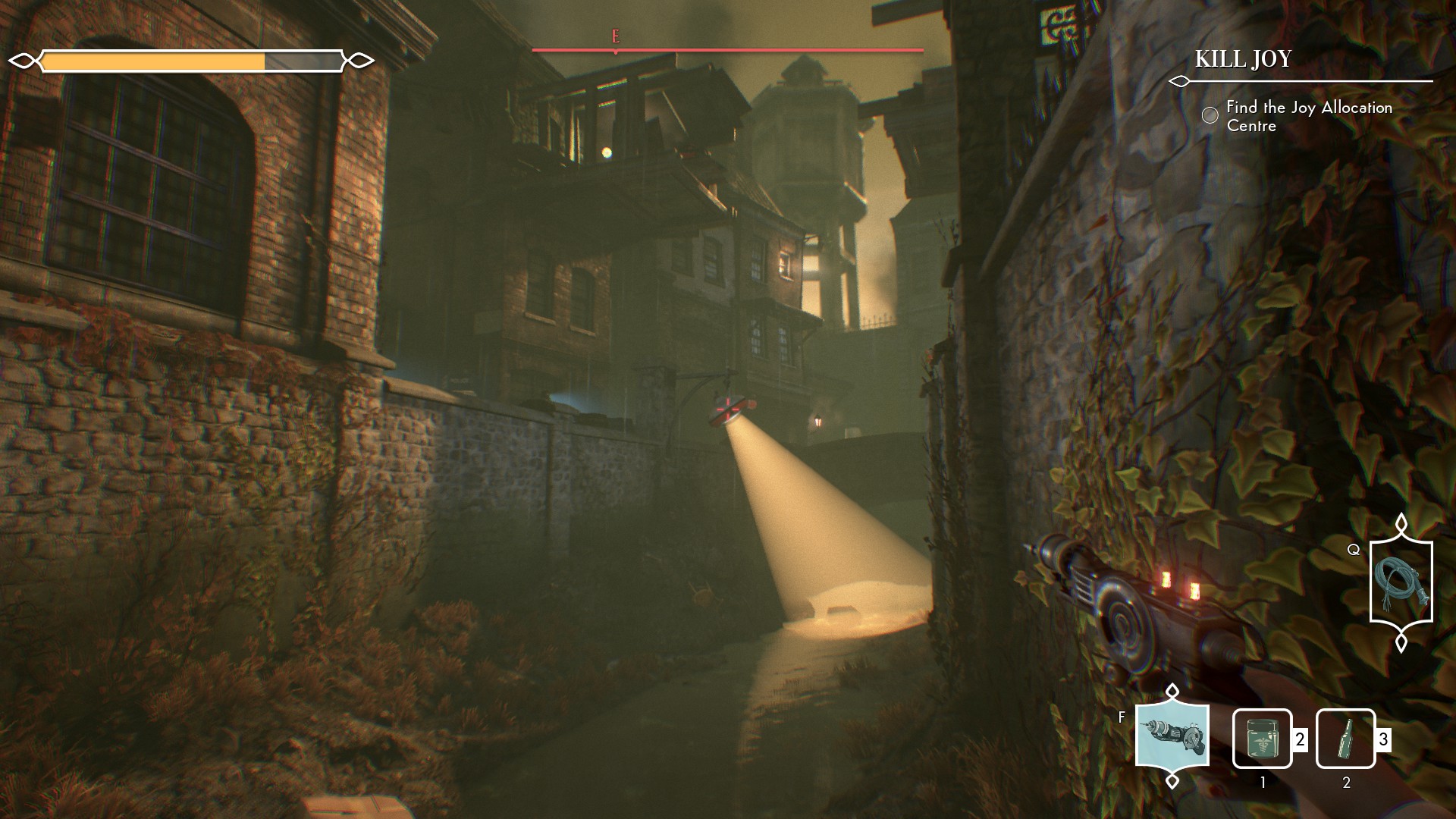 4. You can see the final one in this district from the stairway out of the previous area 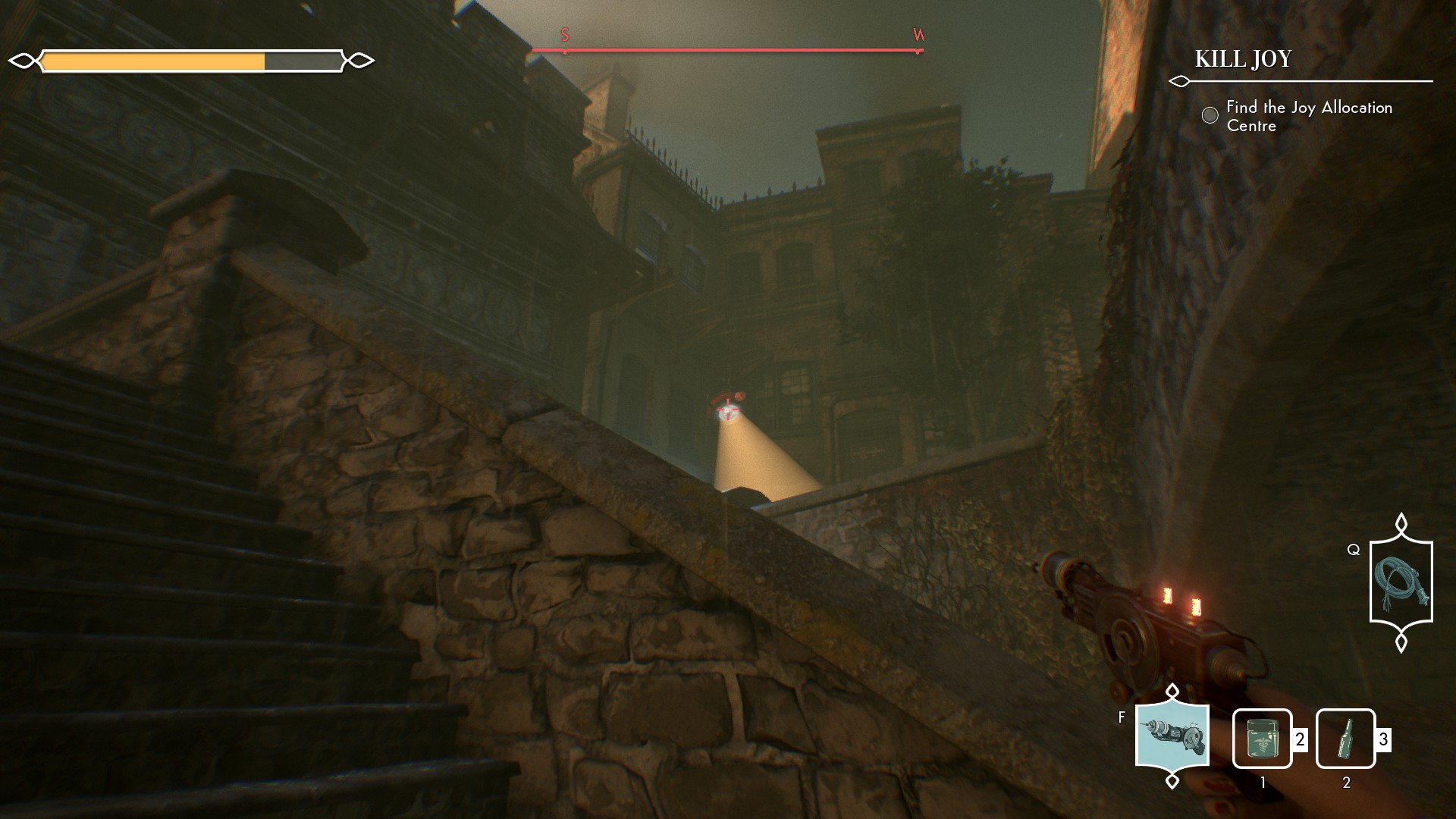 5. After entering the main area, next to workers and a doctor.

6. Leave the previous gardens and head straight ahead. The next one is in a garden opposite of the last. 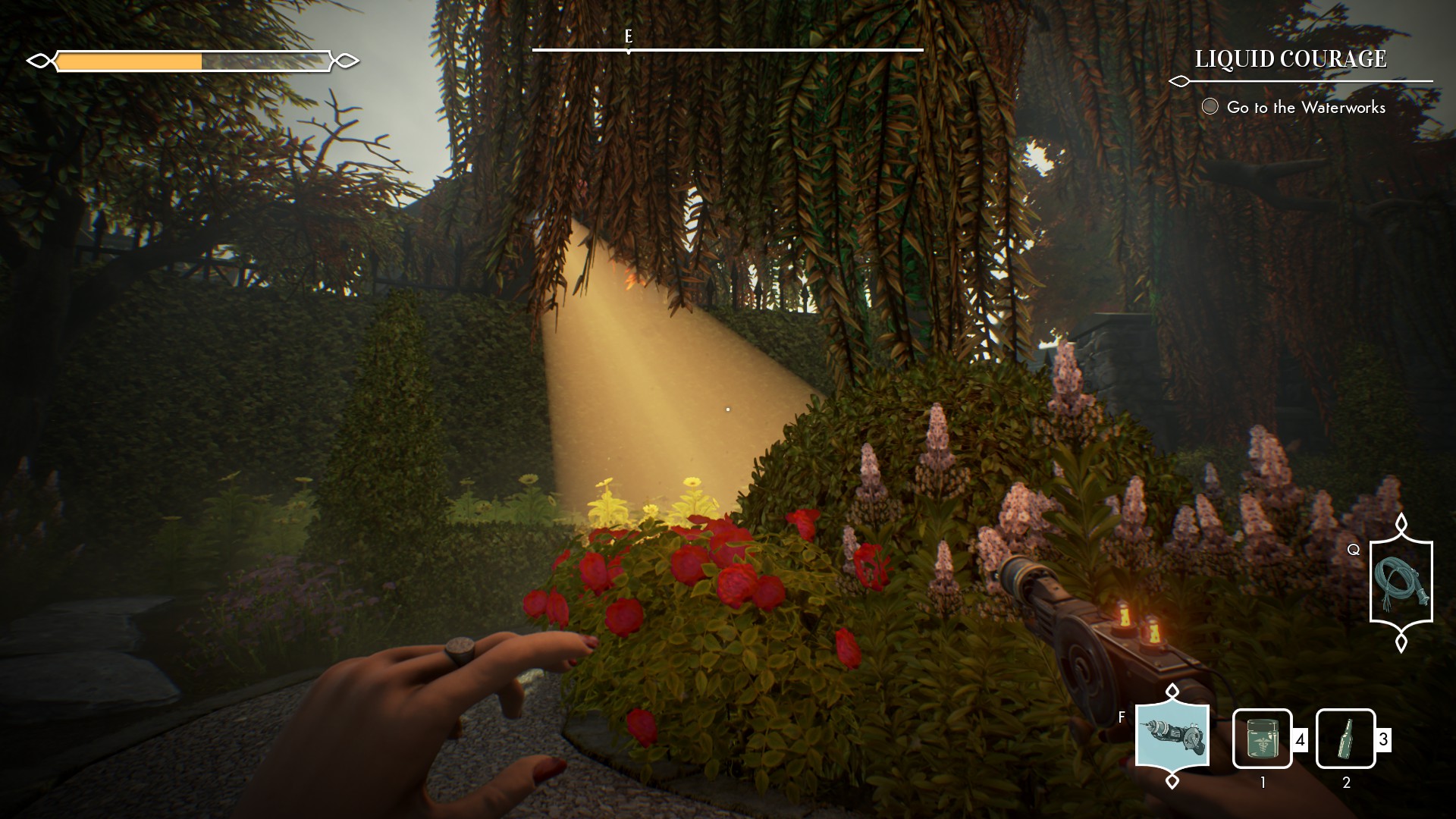 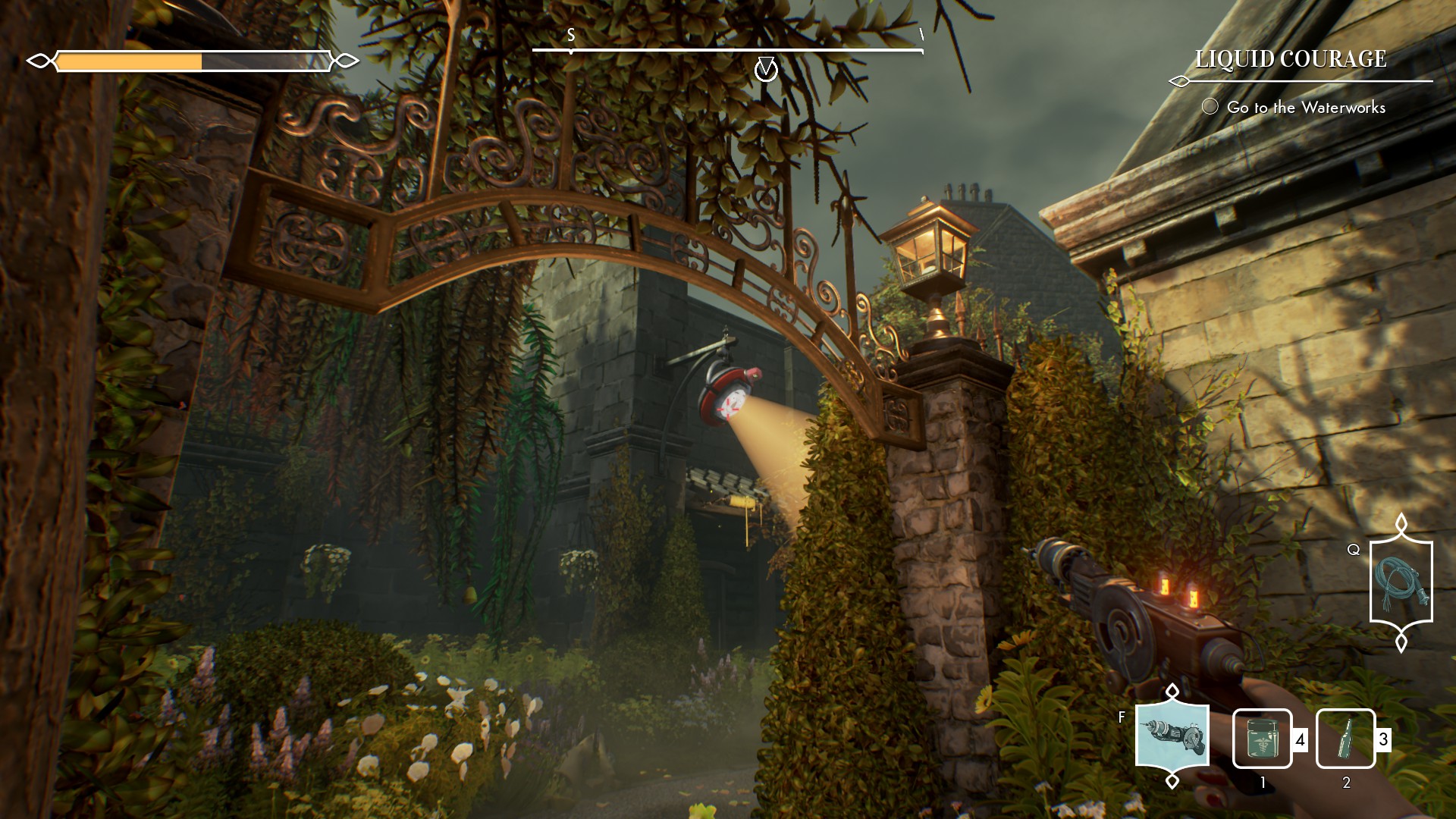 7. After climbing the pipes to the next area, in front of you. 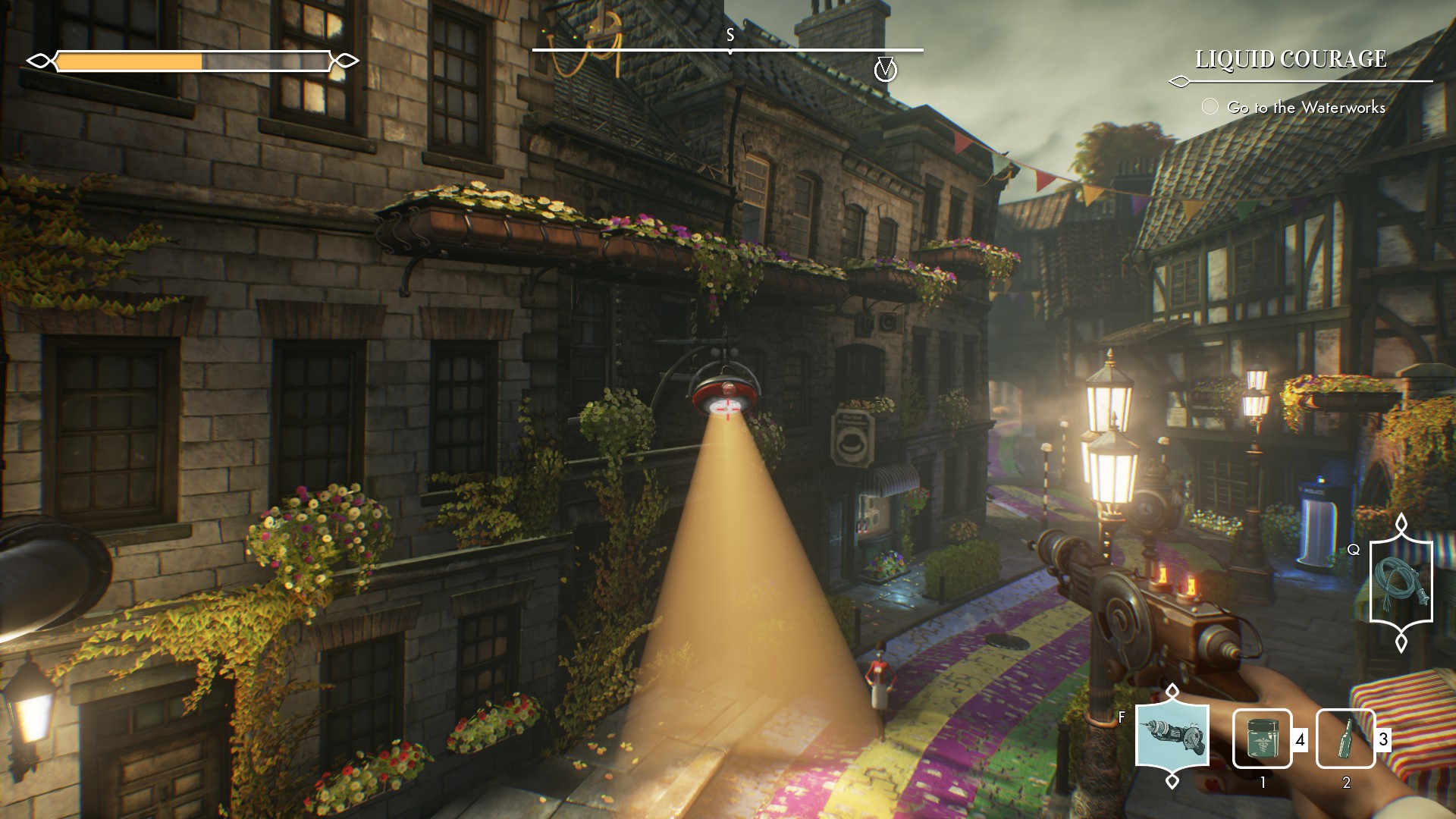 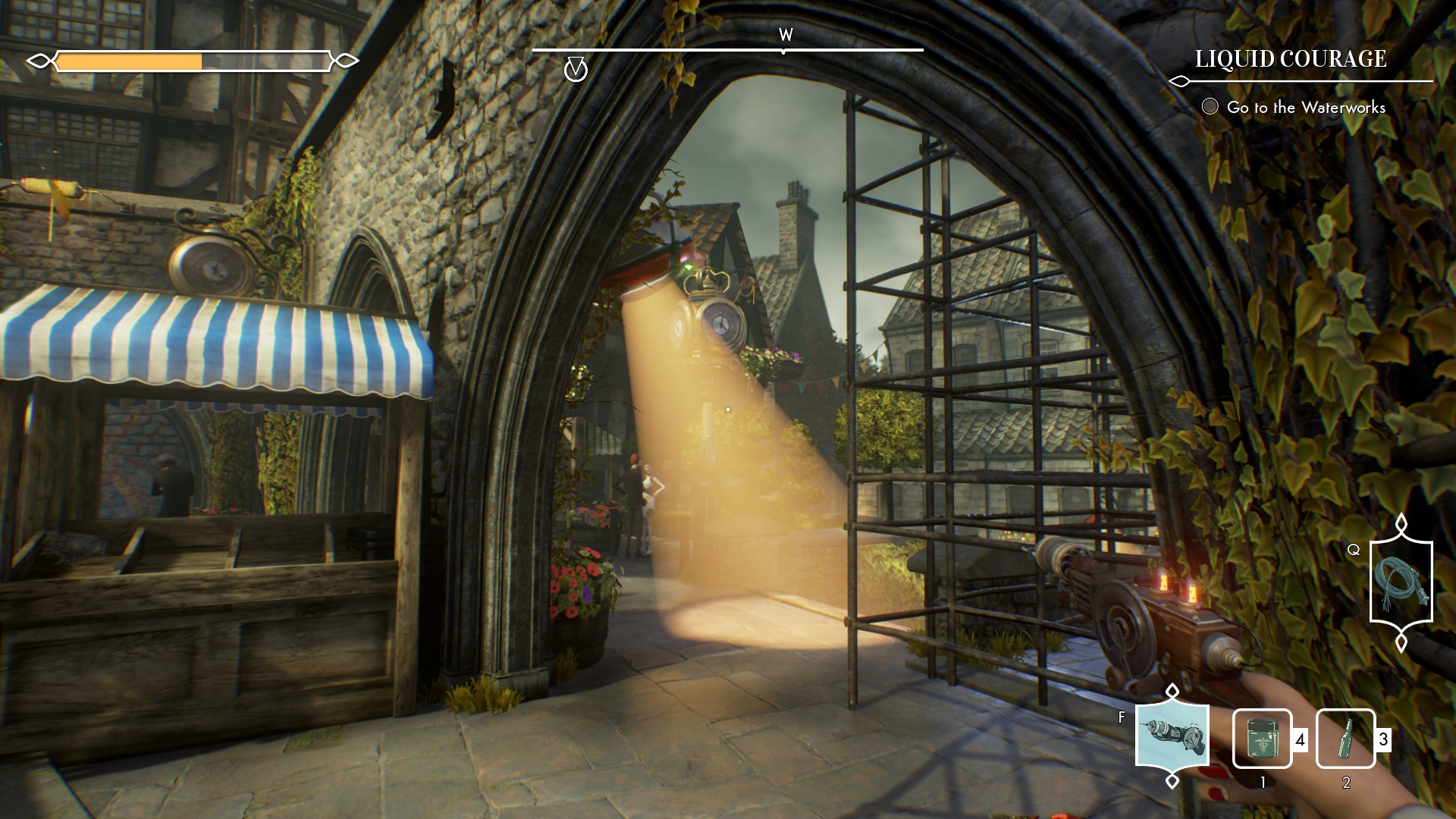 9. Next to the downer detector behind the wall with number 7. is another TV.

10. Deactivate the detector (follow the cable up) and go through it. Follow the path and there is the next TV waiting for you. 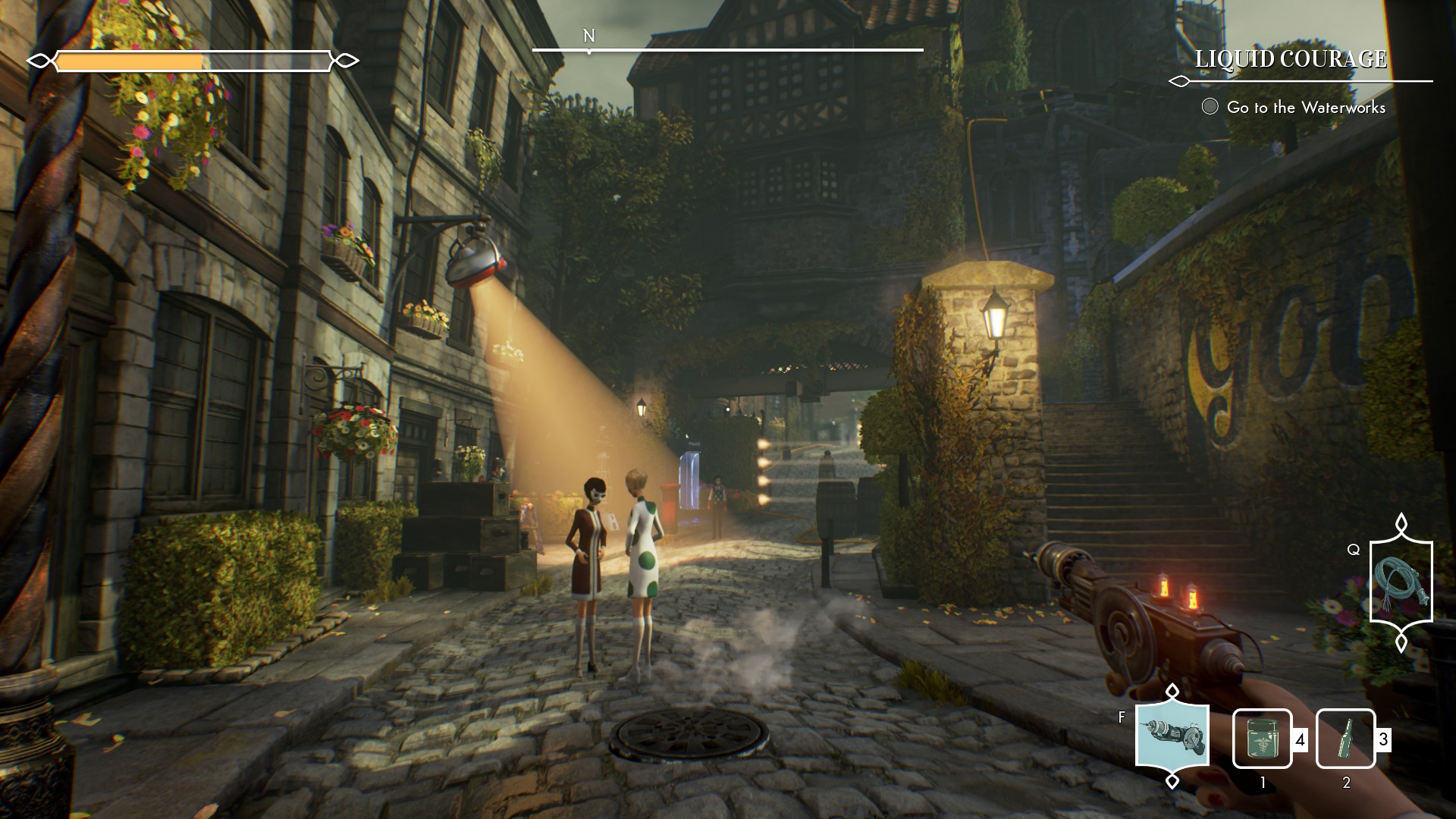 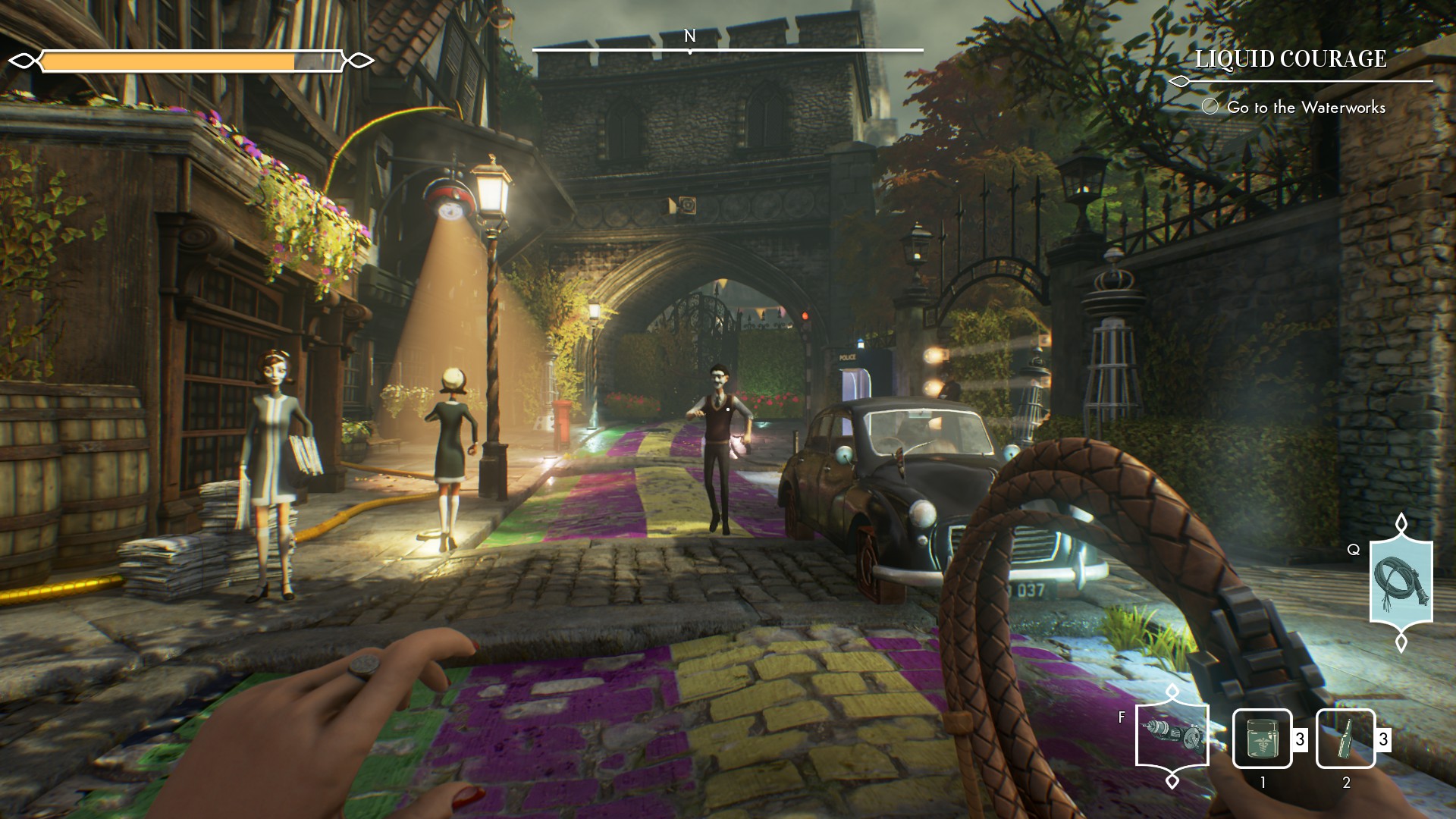 The switch for the detector is near the pipes.

11. Right in front of you when exiting the vents to the waterworks. 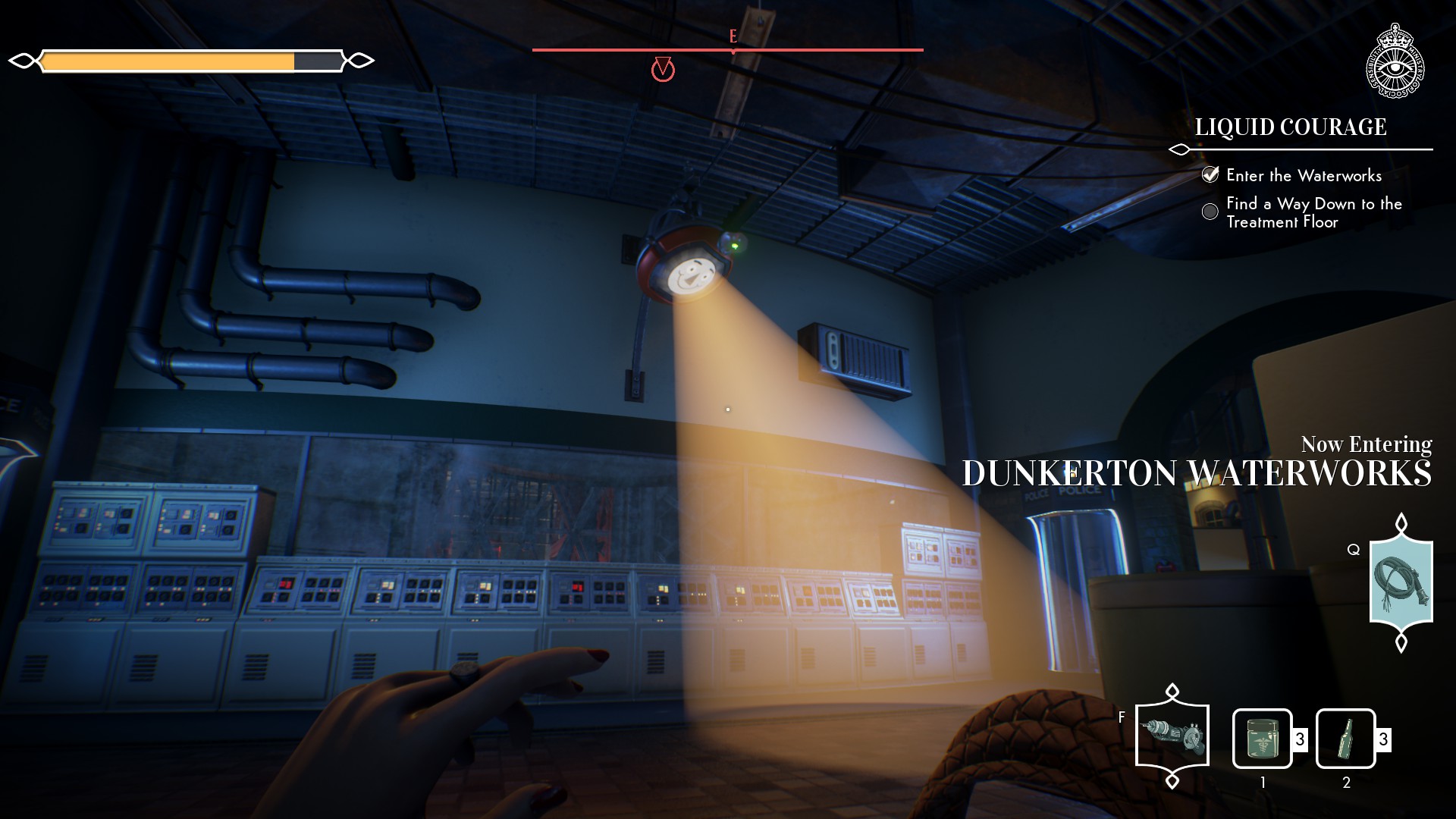 12. After the cutscene and crossing the nasty water, behind the first gate

13. On the roof next to the second gate 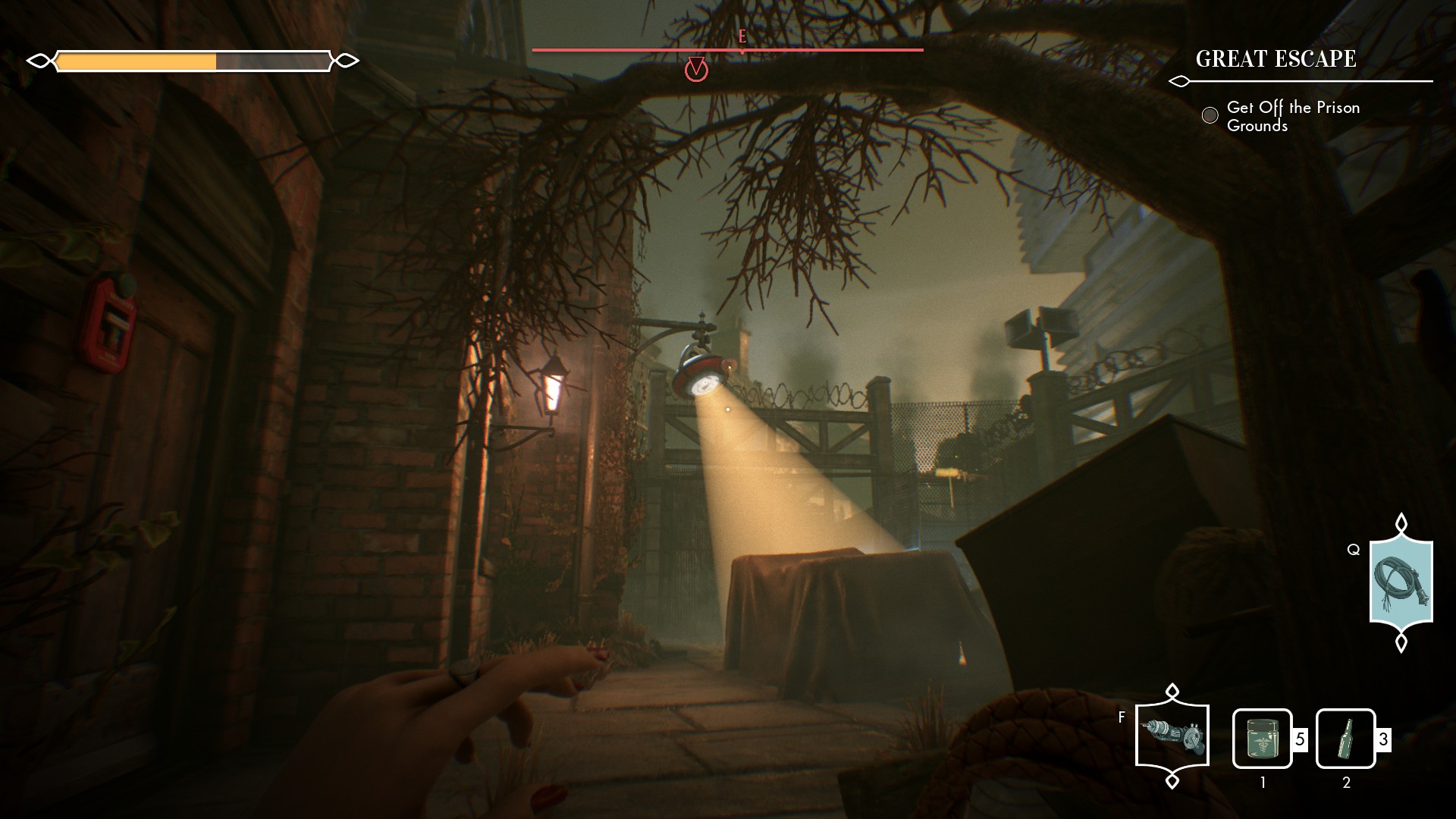 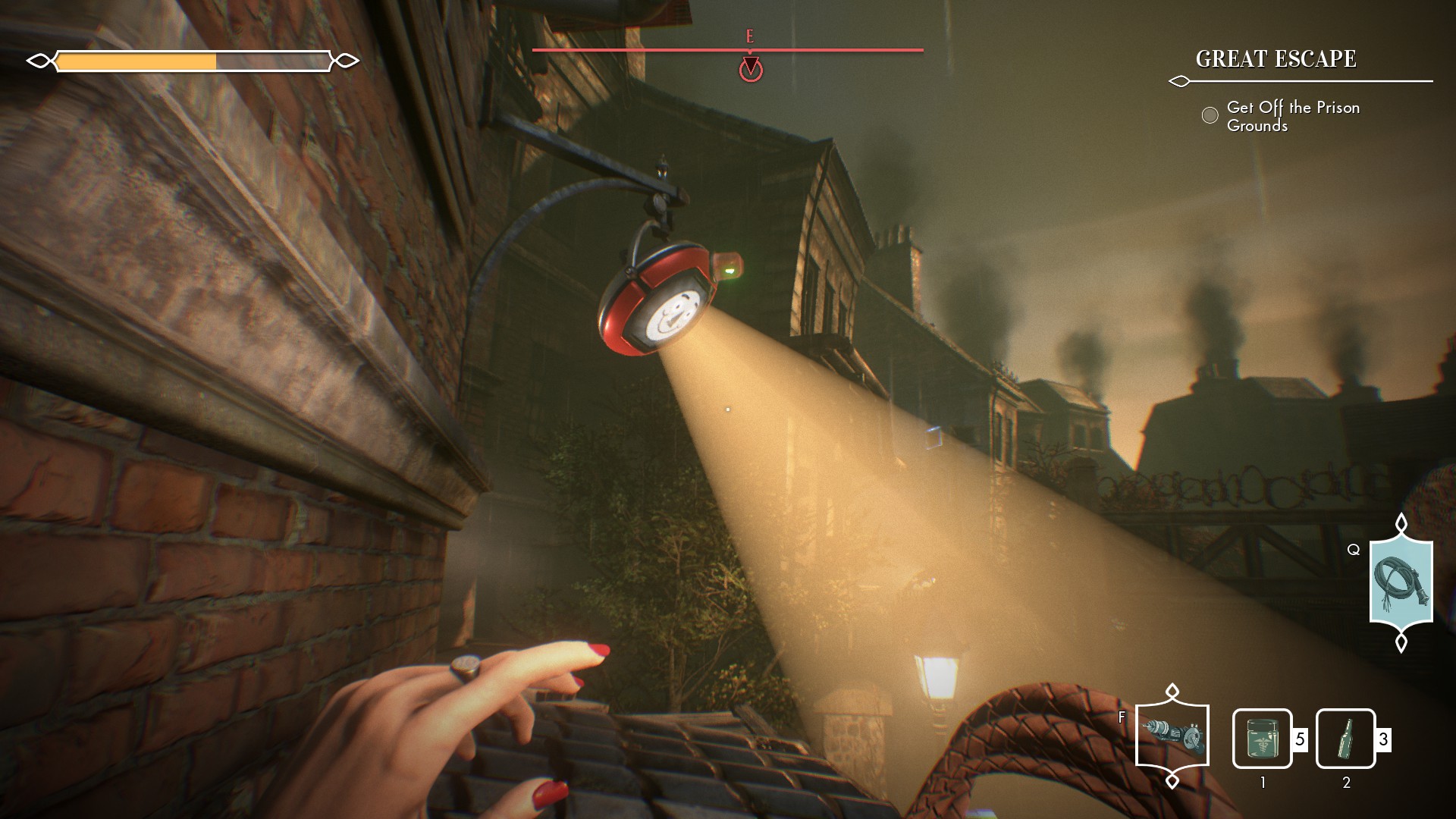 14,15,16,17. After entering the district you’ll find yourself on the place you visited before. In each corner there’s one. 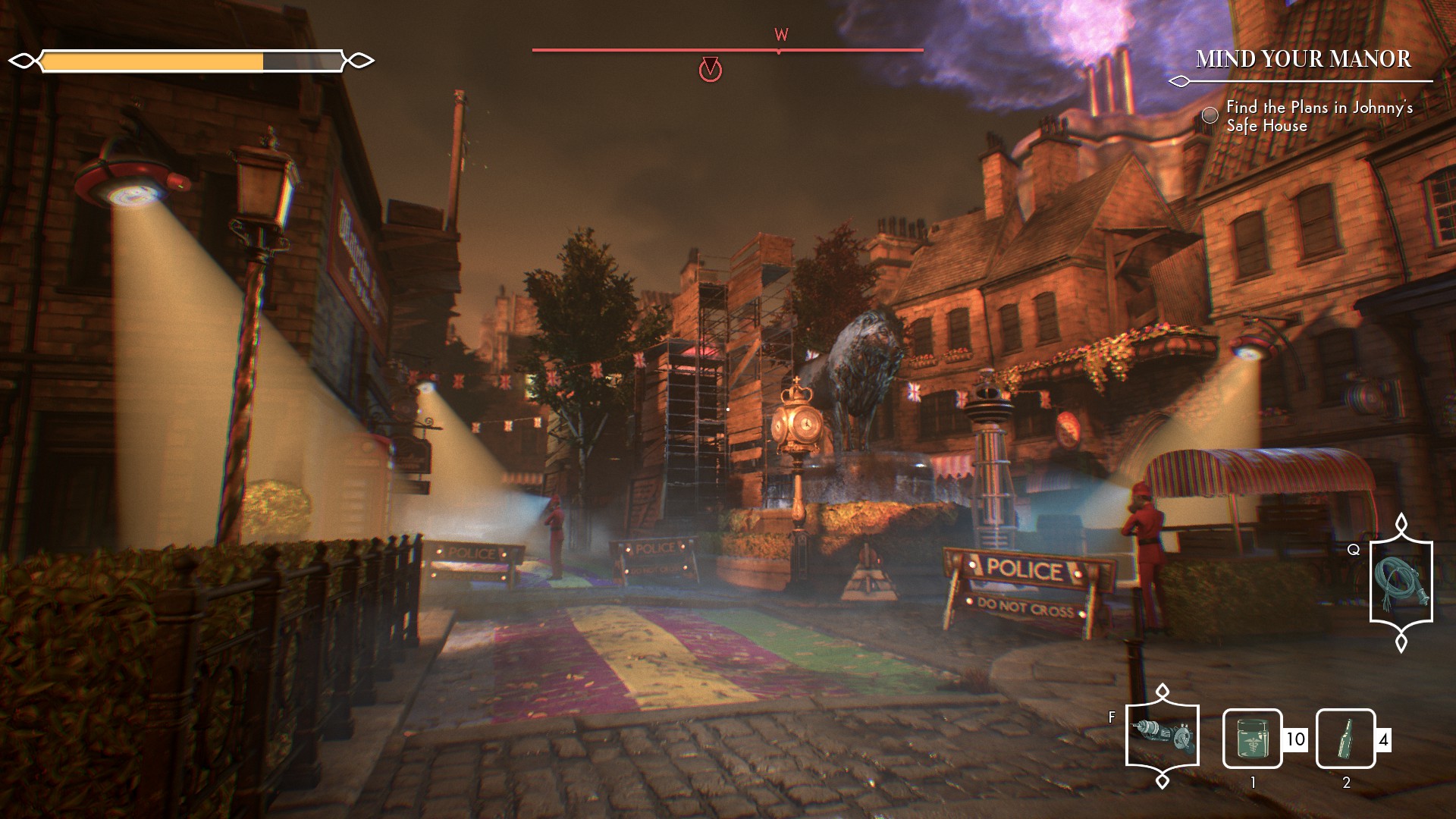 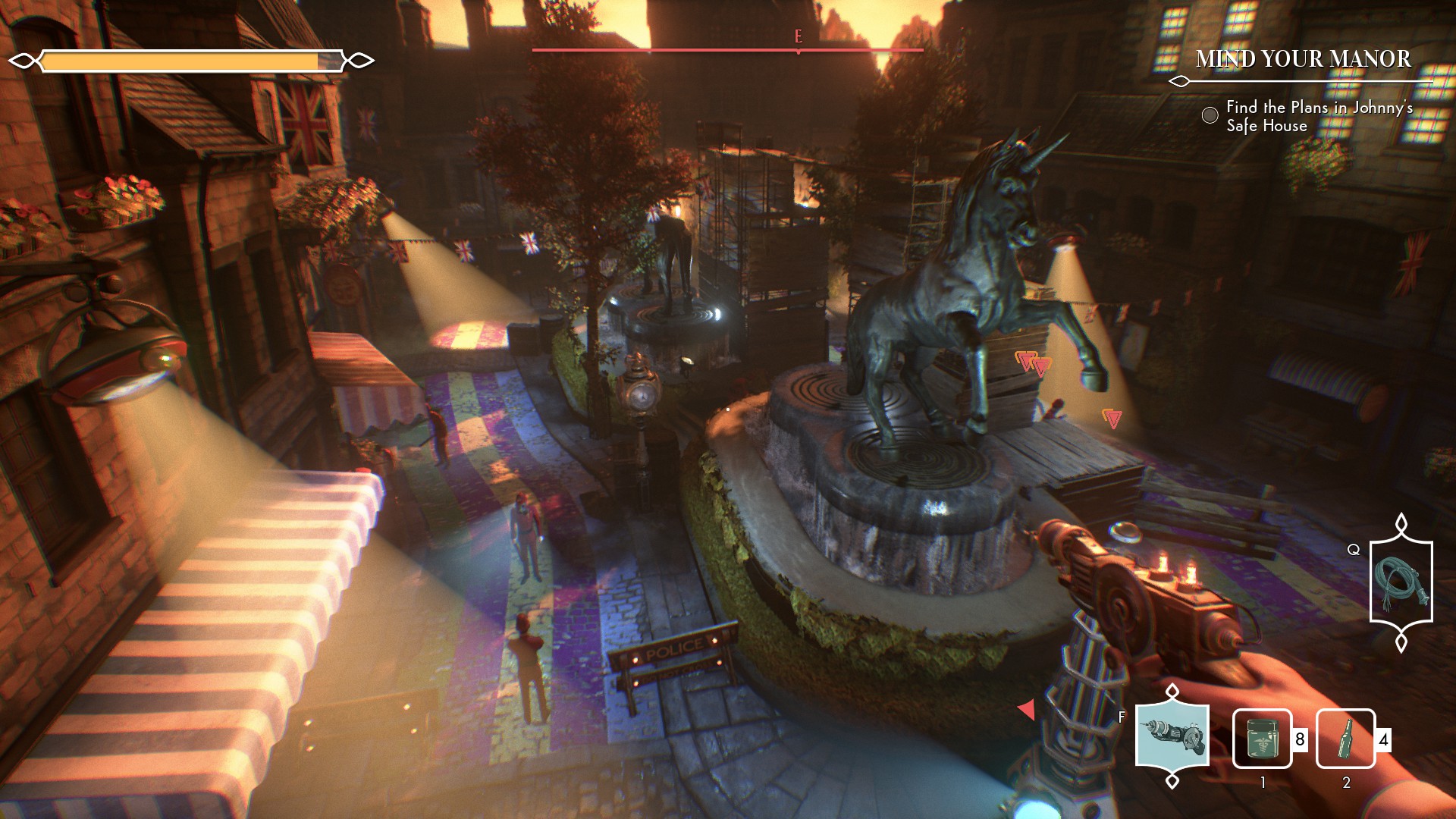 18,19, 20. Before you enter the Lab for the last time there are three new TV’s for you to shoot next to two doctors waiting for you. 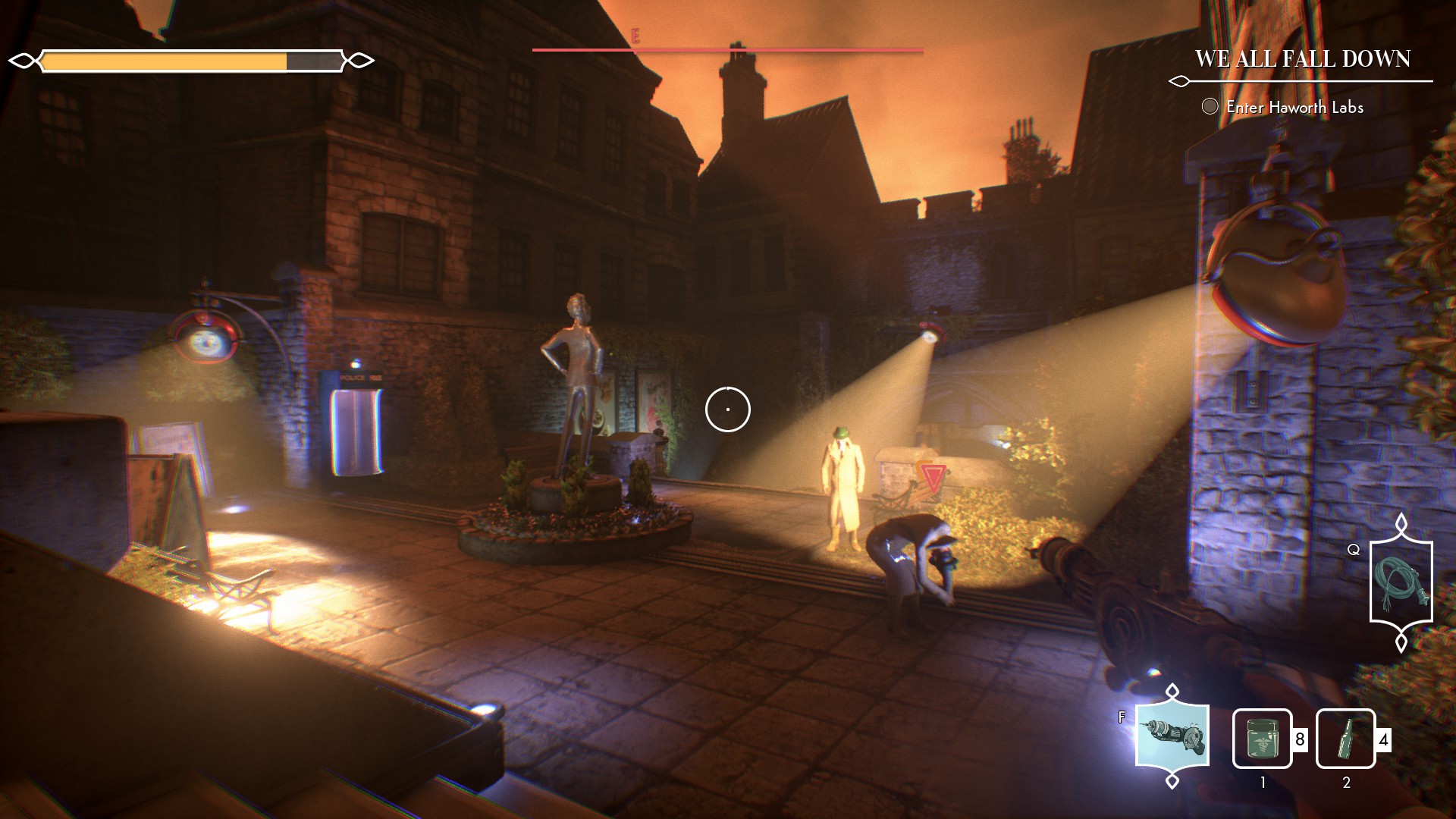 I hope I could help you!

Thank you for reading my guide! I hope I could help you getting 100% in this amazing game. I really enjoyed it and I hope you did as well. If you have any suggestions don’t bother to write a comment! I’d really like to read what you think. 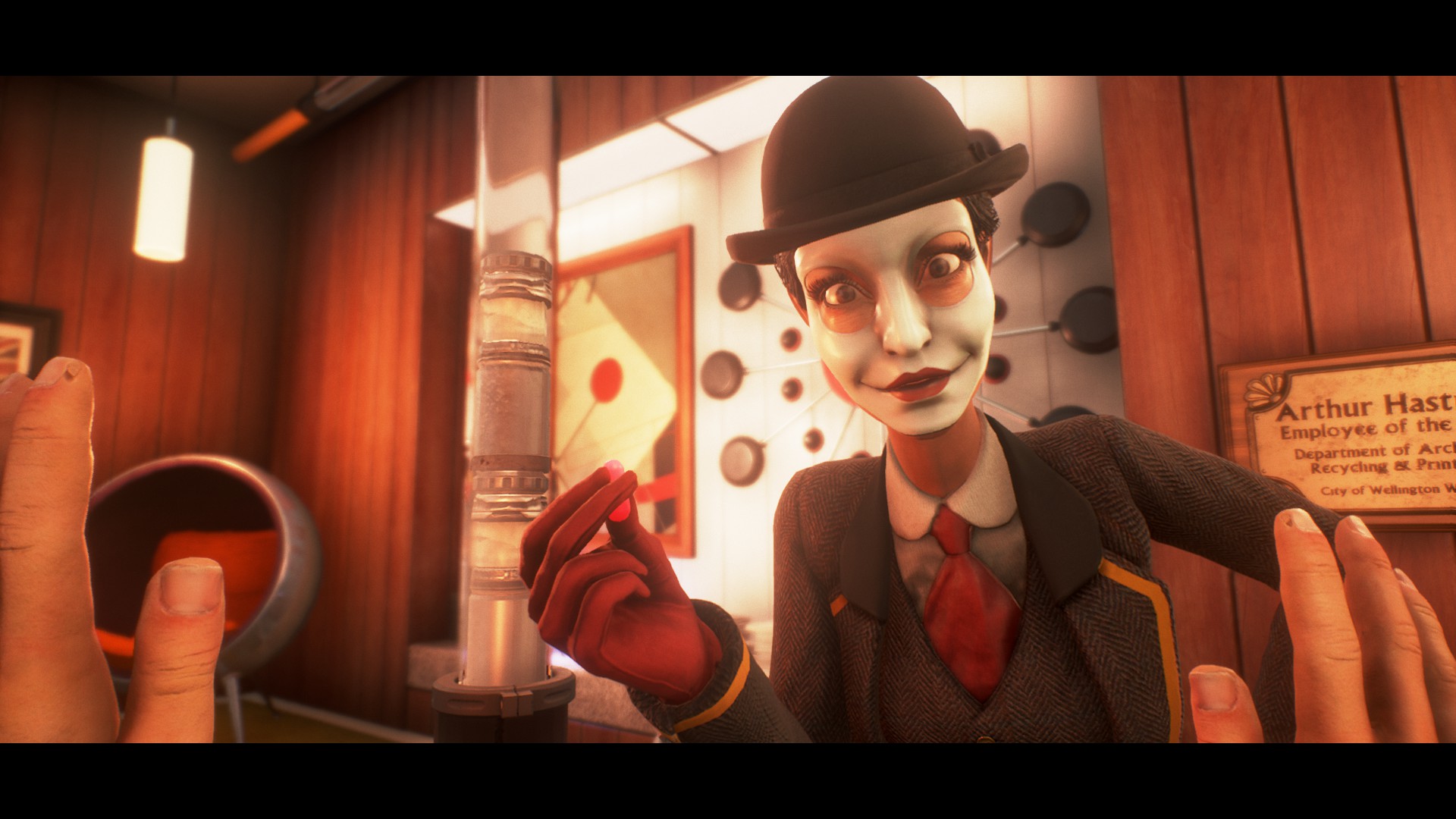 Don’t be a downer.

I hope you enjoy the Guide we share about We Happy Few – Full Walkthrough & Complete Achievements Guide; if you think we forget to add or we should add more information, please let us know via commenting below! See you soon!