So to unlock all available characters in this game you have to complete some specific missions and side-objectives. I won’t get into how everything works in this game, this is a guide for those who just want to have all playable characters available as fast as possible. Keep in mind that there’s an extra character called Opoona who’s not unlocked by this route, if you want to know how to unlock him, google it.

Here’s the quickest route I could find to unlock all characters. Before you unlock all of them, try to limit yourself to completing only the missions listed below, so you don’t risk messing up the timeline. You don’t need to do the extra character missions, all characters will be unlocked once you complete this route.


2 – Complete the “A Struggle for the Throne” mission.


3 – As soon as the character missions for Laegrinna, Nobunyaga and Arnice are available, complete them to unlock these charaters. (Arnice mission might show up a little later).


5 – At this point, you should have Arnice, Nobunyaga and Laegrinna unlocked. The missions “One who knows the Truth” and “Bonds of Friendship” will show up in the map.


6 – Complete “One who knows the Truth” BEFORE doing “Bonds of Friendship”.


7 – After completing “One who knows the Truth” you need to complete “Bonds of Friendship”. In this mission, you have two side-objectives that you need to complete in order to unlock all characters. You have to rescue Setsuna in this mission, do the mission normally and at some point Ayane and another hero will spawn and you’ll get a message for the side-objective saying “Don’t let Ayane get to Setsuna” or something like that. You NEED to defeat Ayane and the other hero before they reach Setsuna, if they get to him you will fail the objective and won’t be able to unlock all characters. After defeating Ayane and the other hero, you just need to babysit Setsuna until you get another notification for the side-objective “Don’t let Hajime Arima reach Setsuna” or something. Once again, you NEED to defeat Hajime Arima before he reaches Setsuna, if he gets to him you will fail. After defeating Hajime Arima, Hayabusa will spawn at the end of the level, just defeat him and finish the mission (ignore Shiki, just focus on defeating Hayabusa and keeping Setsuna alive).


8 – Done! After completing these requirements you will get a couple of cutscenes and all playable characters will be available (except for Opoona).


Save your game and enjoy! 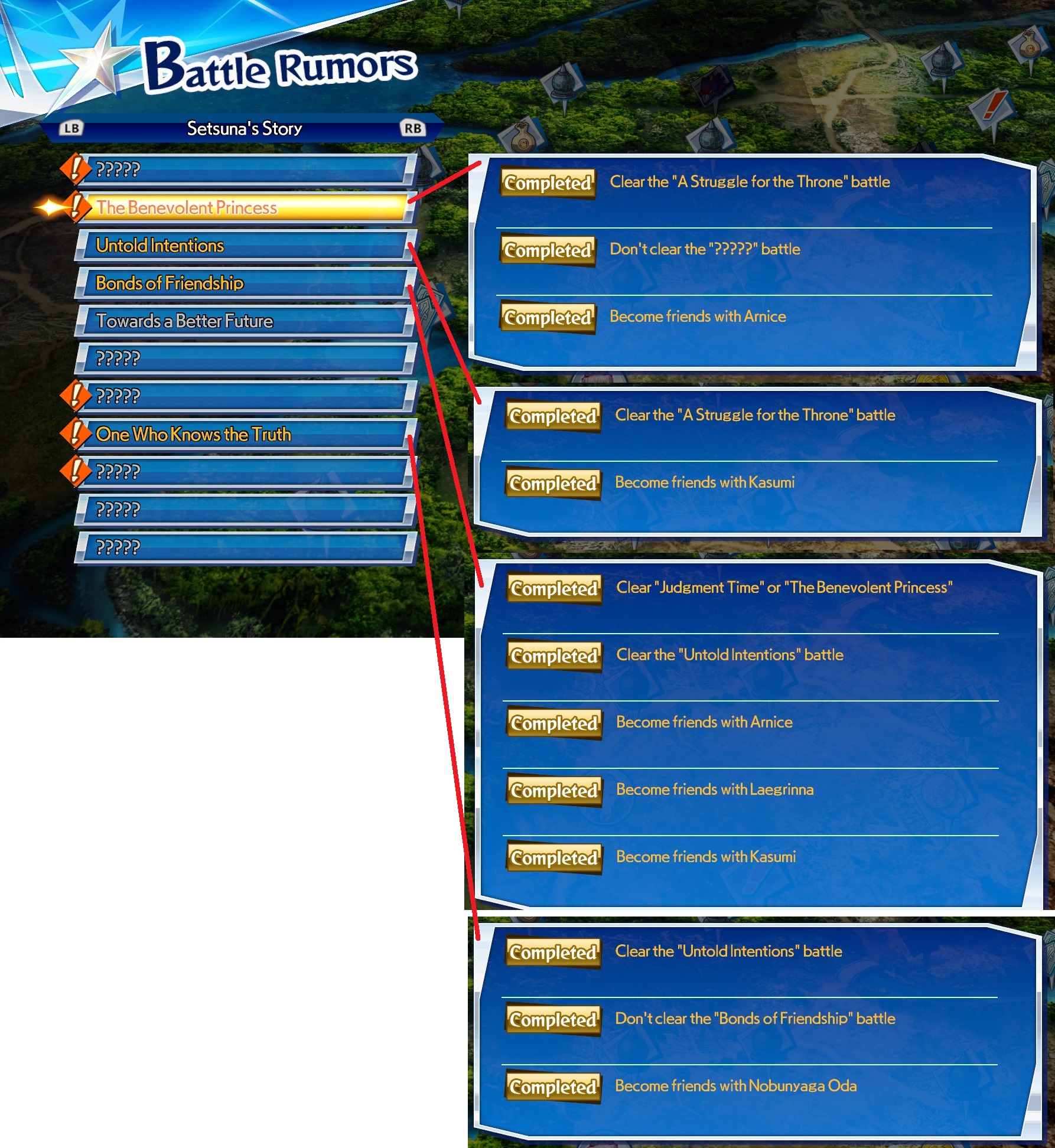 Hope you enjoy the Guide about WARRIORS ALL-STARS – Unlock all available characters & Requirements, if you think we should add extra information or forget something, please let us know via comment below, and we will do our best to fix or update as soon as possible!