This is a limited time event, that ends Nov. 7th. Tell your friends and don’t miss out.

Here are the skins

All weapons are viable on Cataclysm. If anyone tells you otherwise, they don’t understand the weapon. This game is skill based, and requires practice/knowledge to master some weapons or the game itself. I’ll give you some tips on the weapons that are less straightforward. 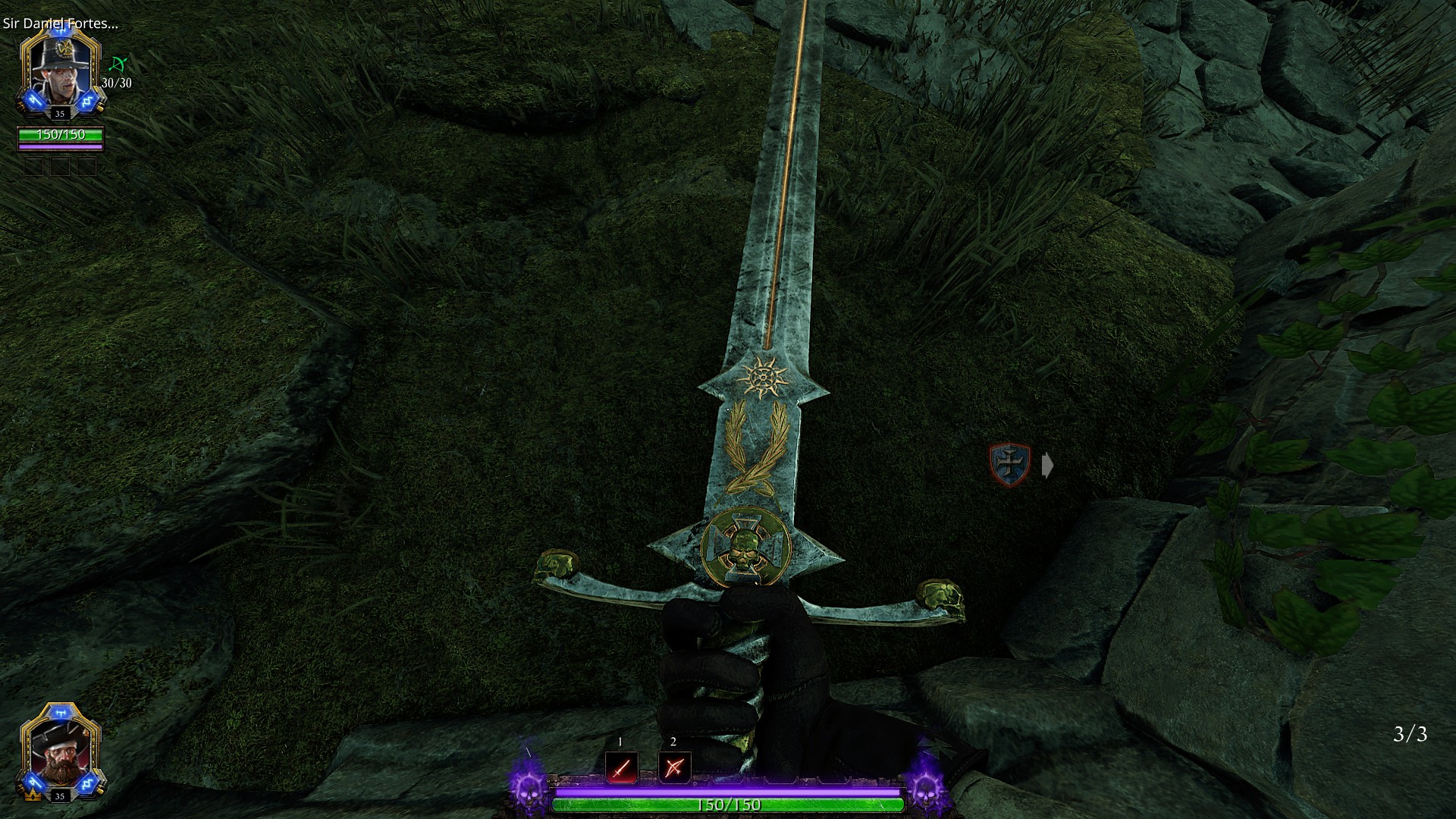 This weapon has the unique ability to cleave through all units (to a limit of course). It is an AoE specialist, even against large enemies (elites). Use heavies when elites are present, lights for everything else. The push-attack is the strongest attack, but only hits one enemy (and pierces armor).

When using this weapon, prioritize sweeping through a horde. If you are set up correctly, you should be able to stunlock groups easily. 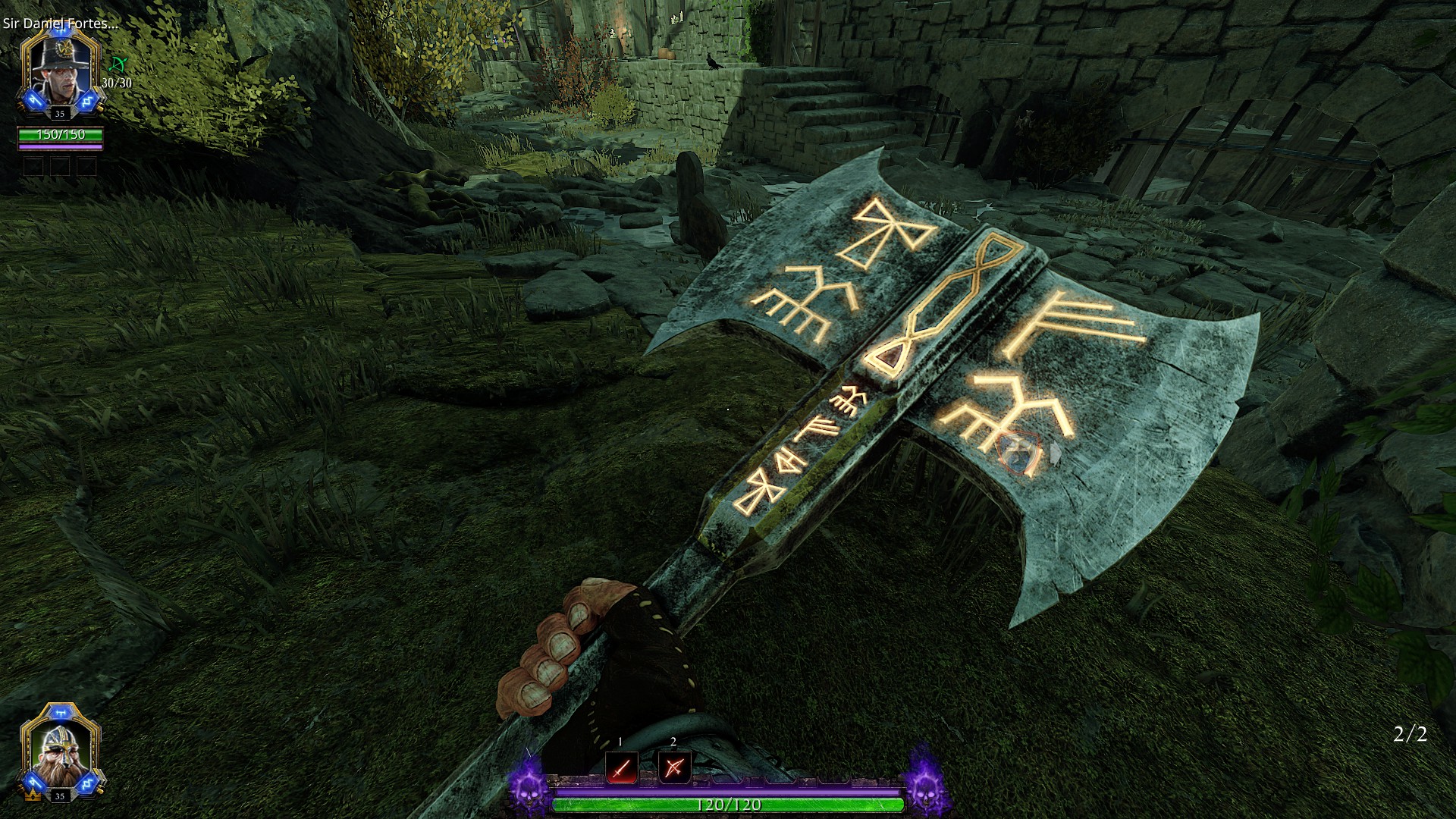 This weapon is great against single targets. Using it to kill hordes is where the skill comes in. Use combos to perform sweeps instead of chops. Push-attacks are used to prompt a sweep on demand, and the natural sweep will occur on every 3rd attack.

When using this weapon, prioritize killing armored elites. You will want to build attack speed to compensate for this weapon’s slow speed. 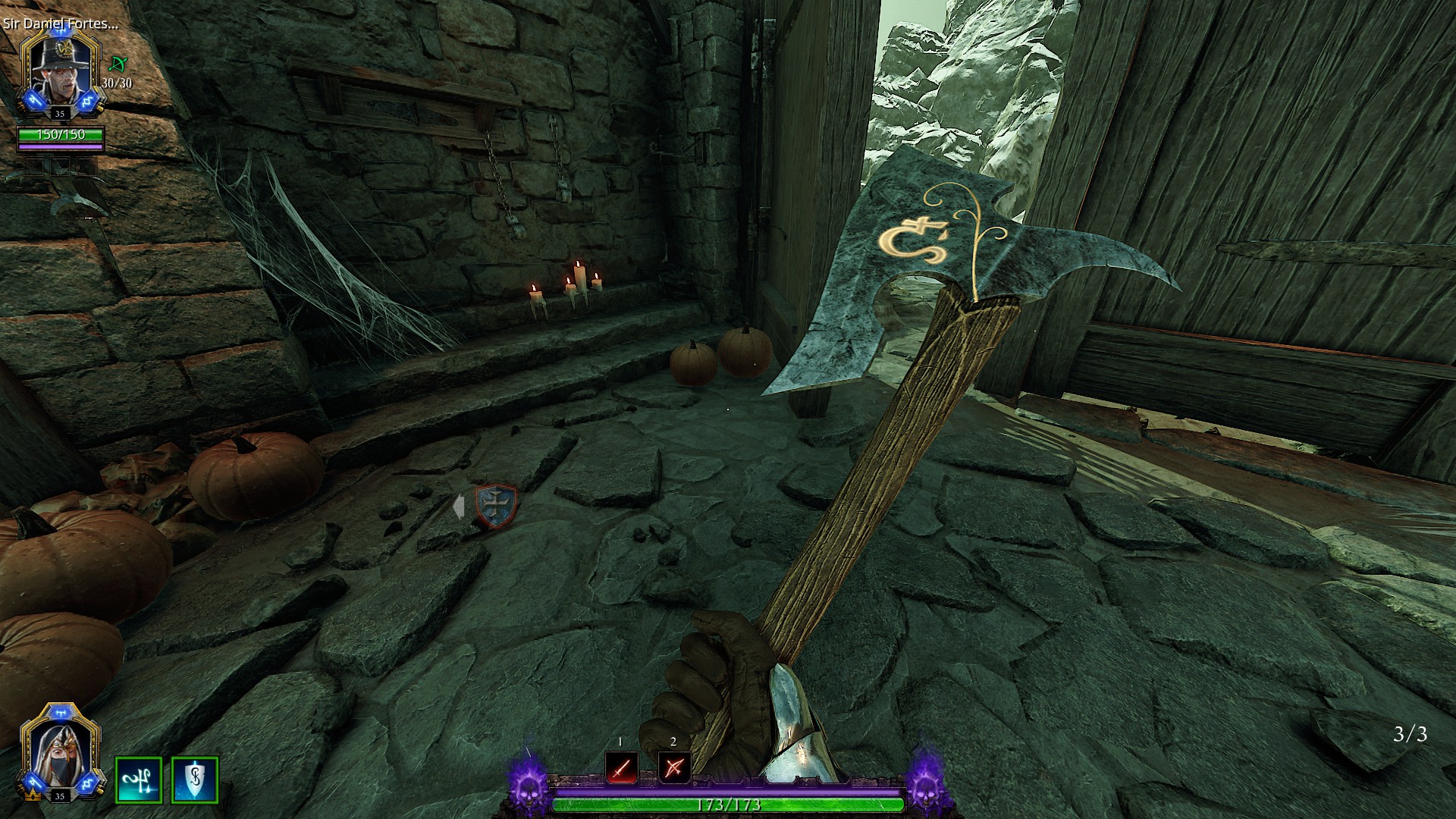 Glaive is straightforward. It’s a well-rounder. It also doesn’t have any glaring faults that need to be accounted for, like the previous two weapons.

Flail is straightforward. It ignores shields and is a well-rounder. Not much to say about it. 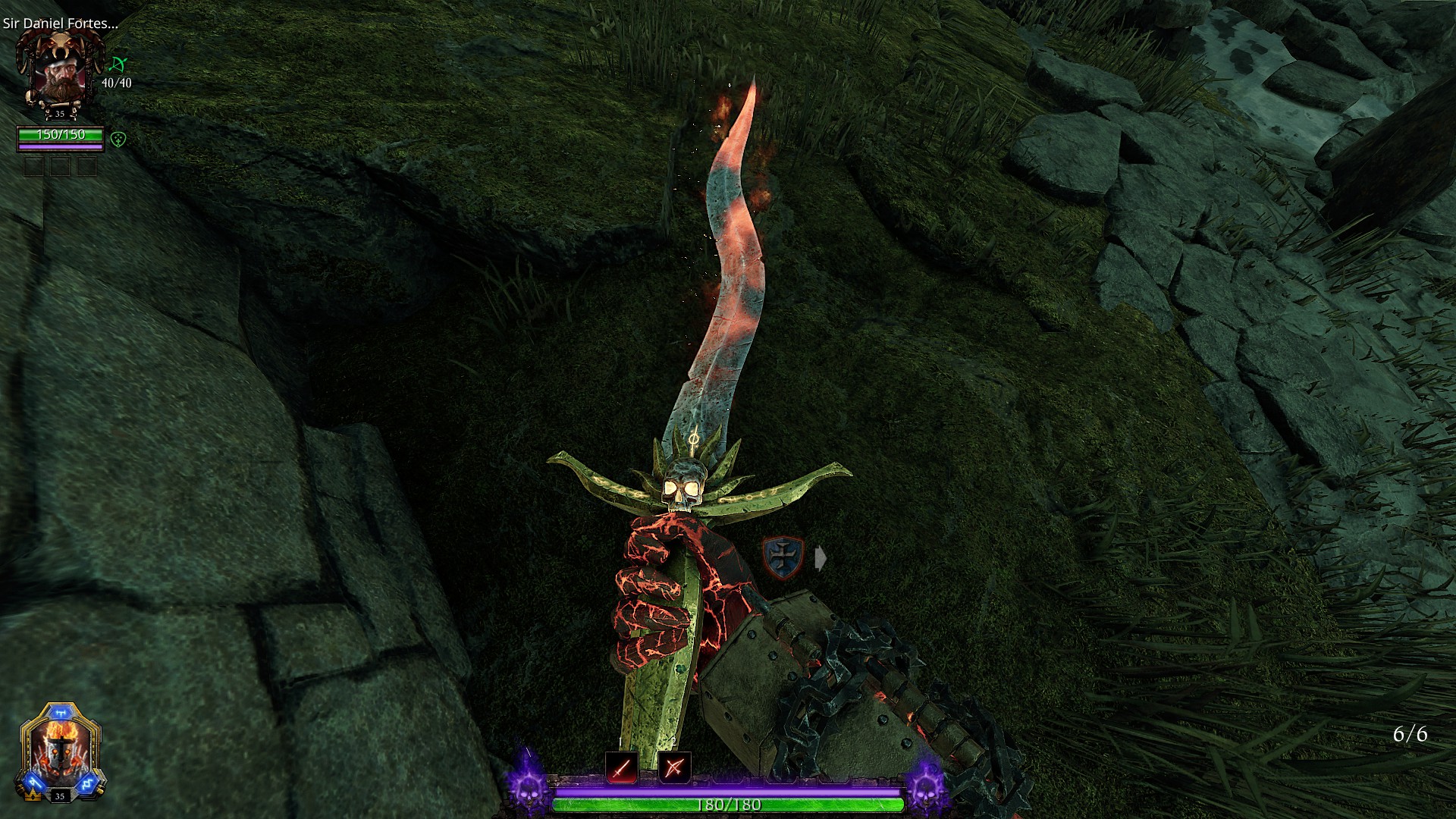 Dagger is again straightforward and well rounded. Note that this weapon has a huge headshot/crit multiplier. Go for headshots as much as possible to increase your damage output by ~150% (x2.5). This is a weapon that rewards skillful aim more than others.

How do rituals work?

5 specific maps have rituals added to them. The locations are listed in the section below. After killing the surrounding enemies, you will use the ritual to destroy it. This is all that needs to be done.

For extra challenge, you can carry the skull like a Grimoire. This increases enemy hp by 2x and increases their damage and stagger resistance.

This event can be done on any difficulty, so recruit is recommended if you are just interested in getting the skins quickly.

The shilling prize for doing that skull achievement is 150 shillings.

There is also a portrait frame if you complete all achievements. 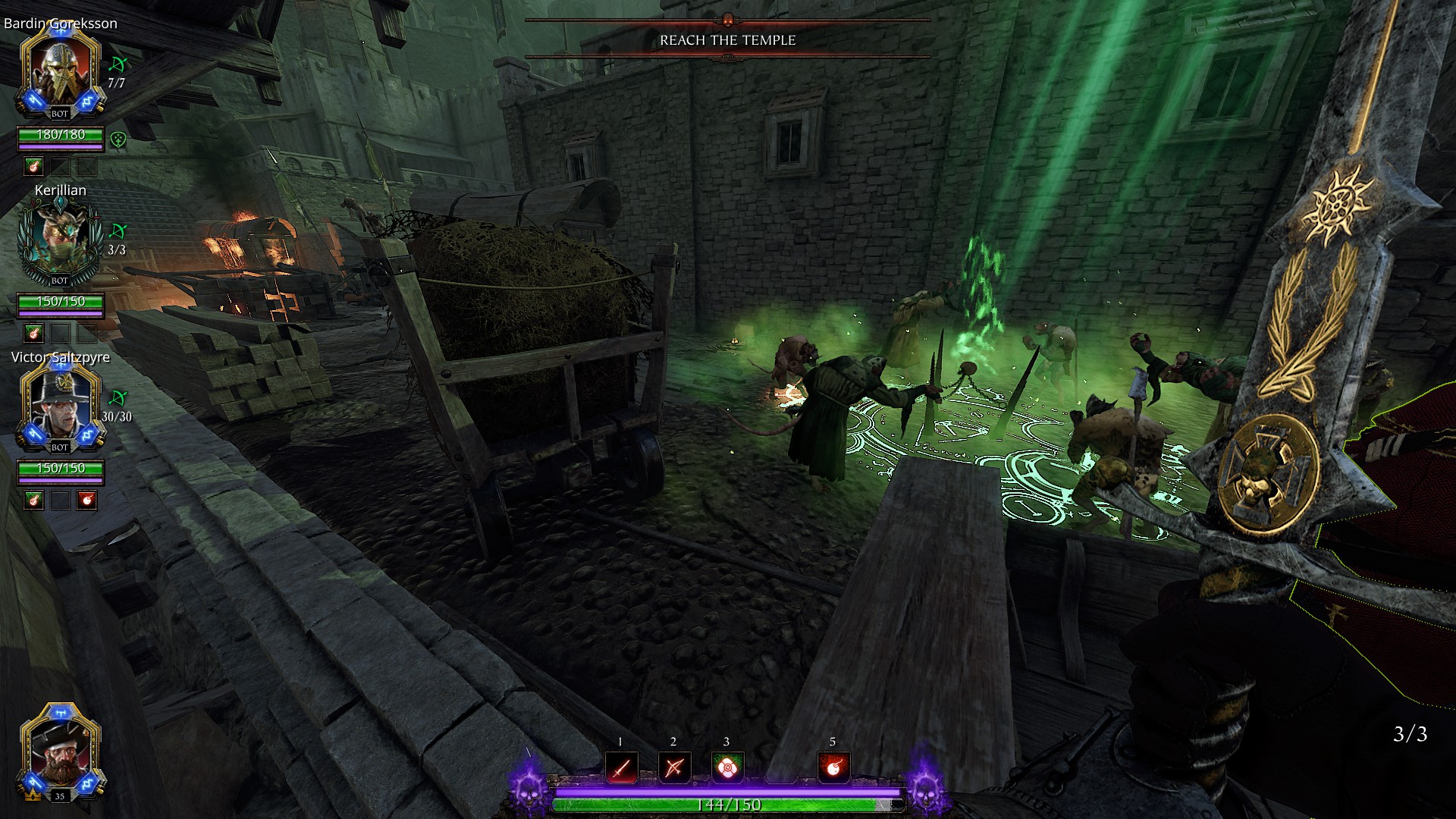 Before you jump over the burning wagon, look to the right and go down the passage. The ritual is opposite the first tome. Kill the enemies and take the skull if you want some extra challenge. 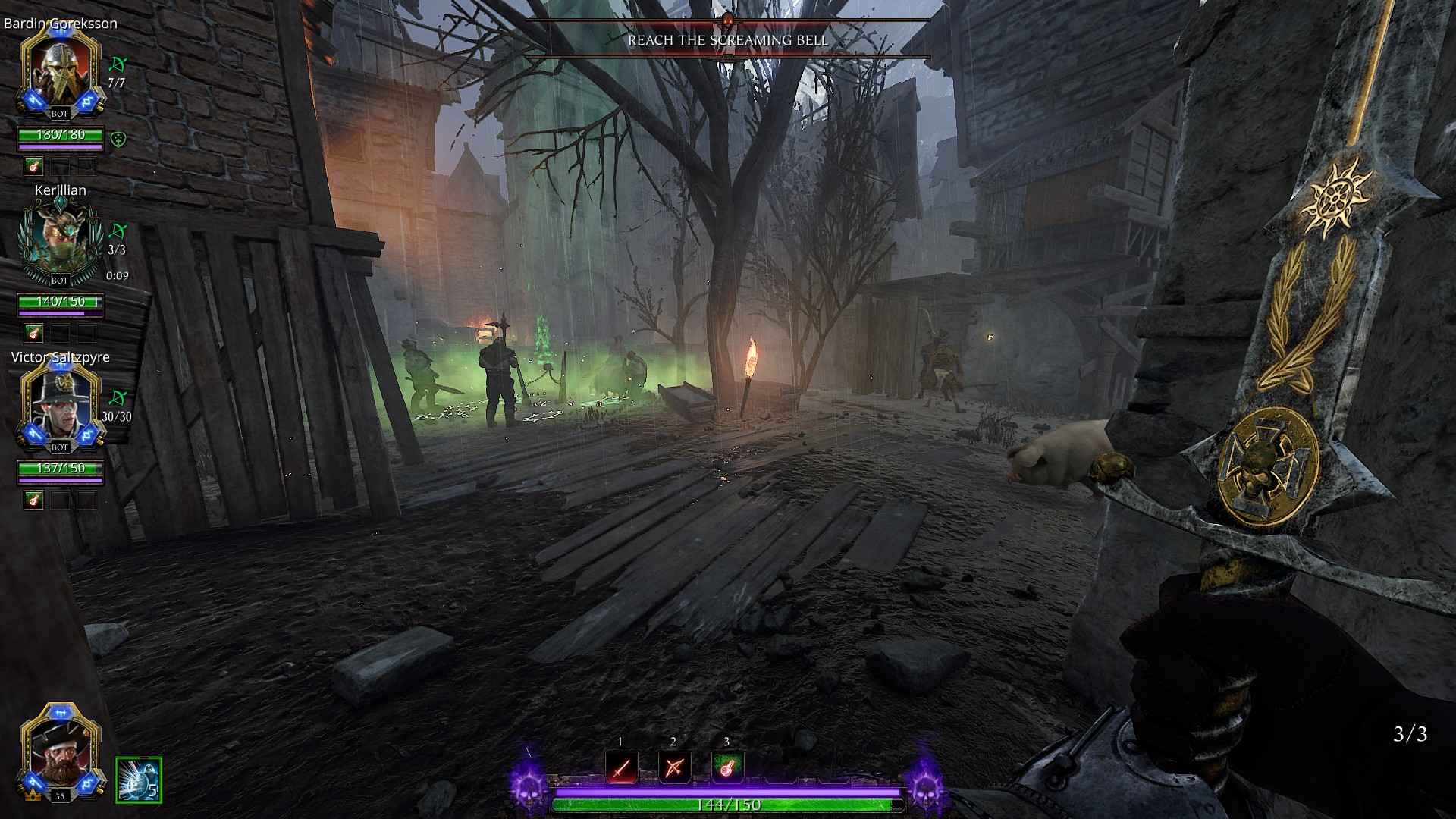 This is in the small courtyard with the pigs. It’s near the first Grimoire. Kill the enemies and take the skull if you want some extra challenge. 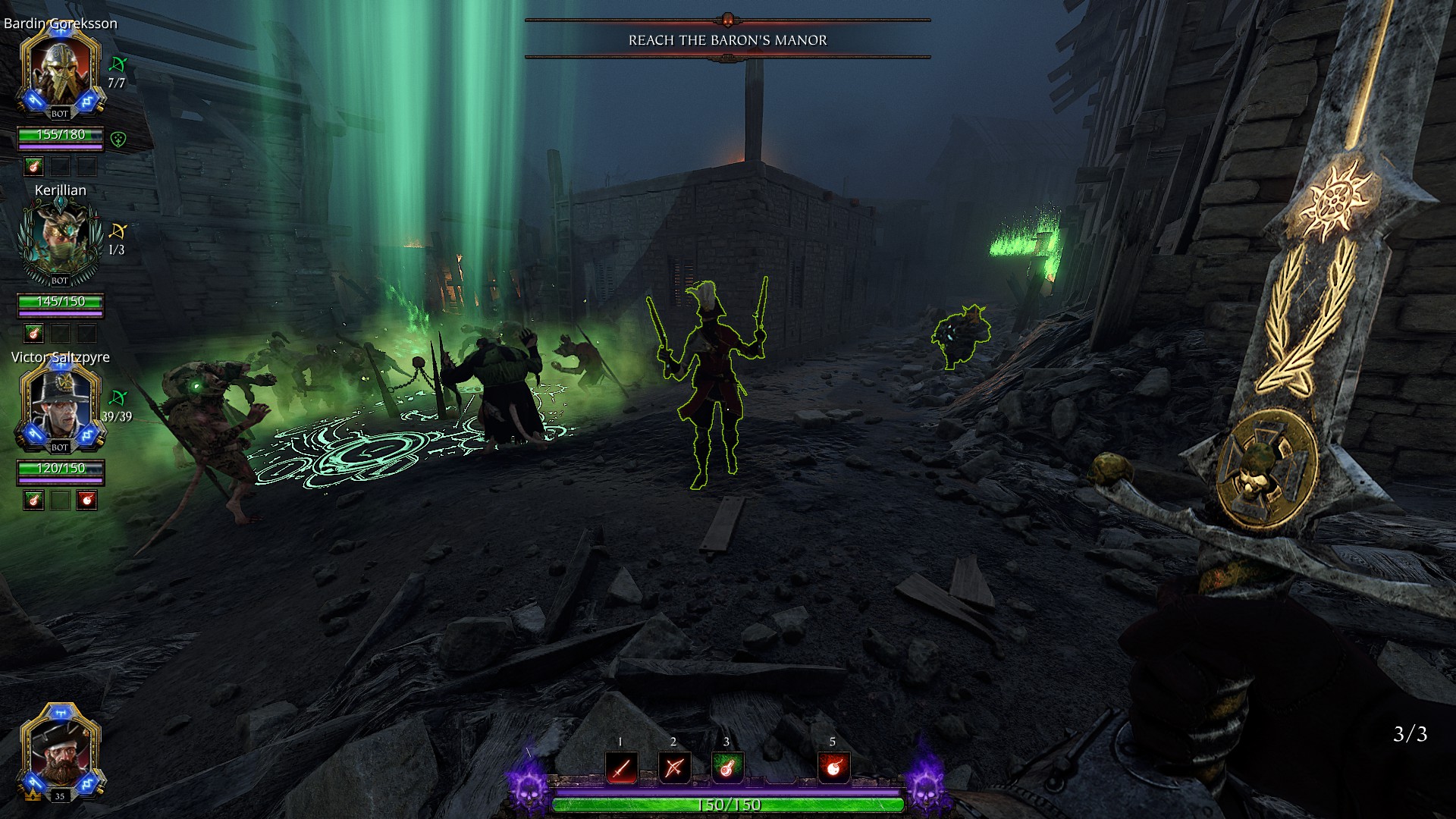 This one is at the first Grimoire location. Go to the first tome, then move forward through the map, following the right wall. Also do you see the boss flames? That’s where the stairs forward are. Kill the enemies and take the skull if you want some extra challenge. 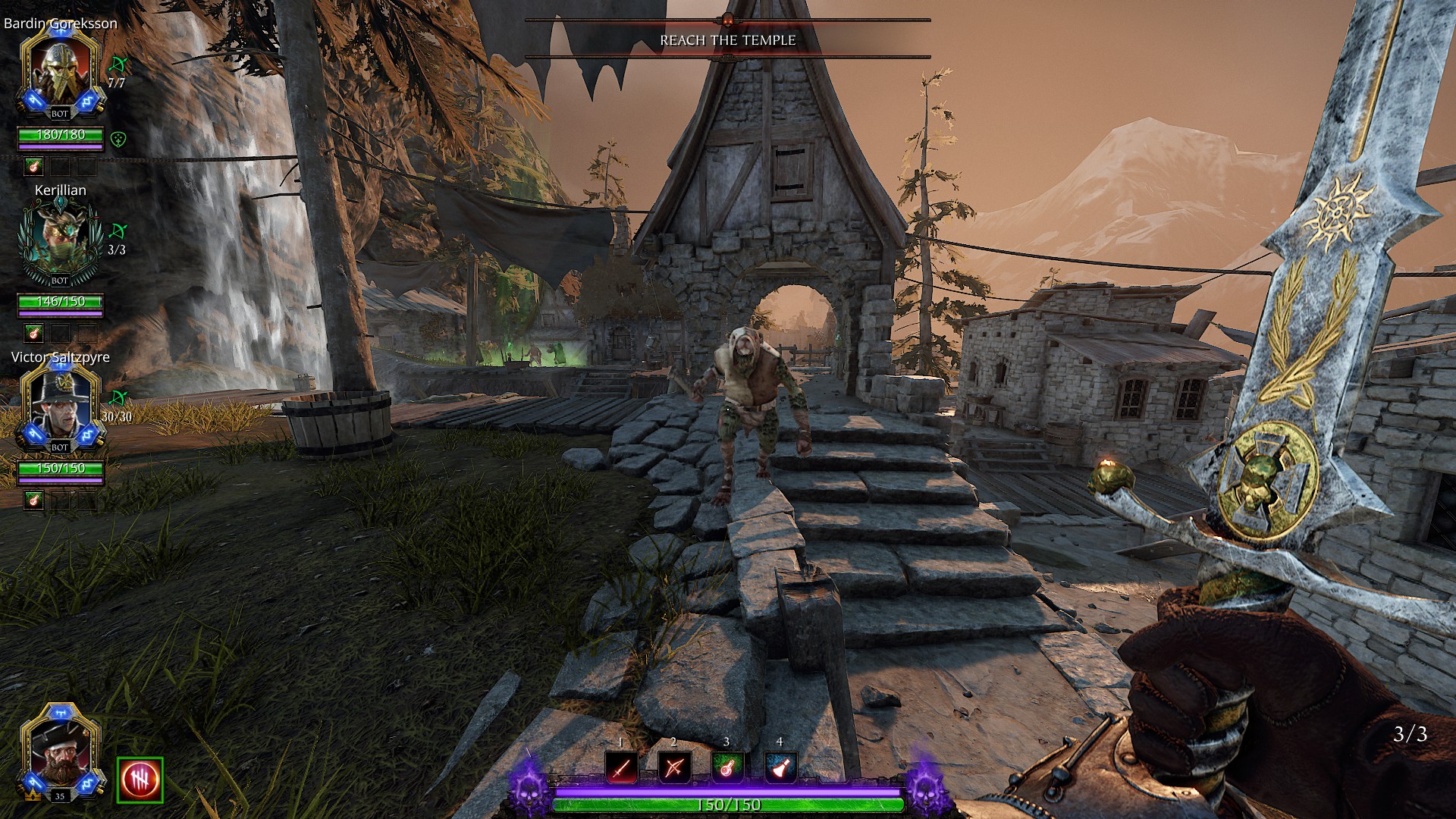 After entering the town, stay on the left and go to the topmost part of the town. Near the waterwheel you will find the ritual. Kill the enemies and take the skull if you want some extra challenge. 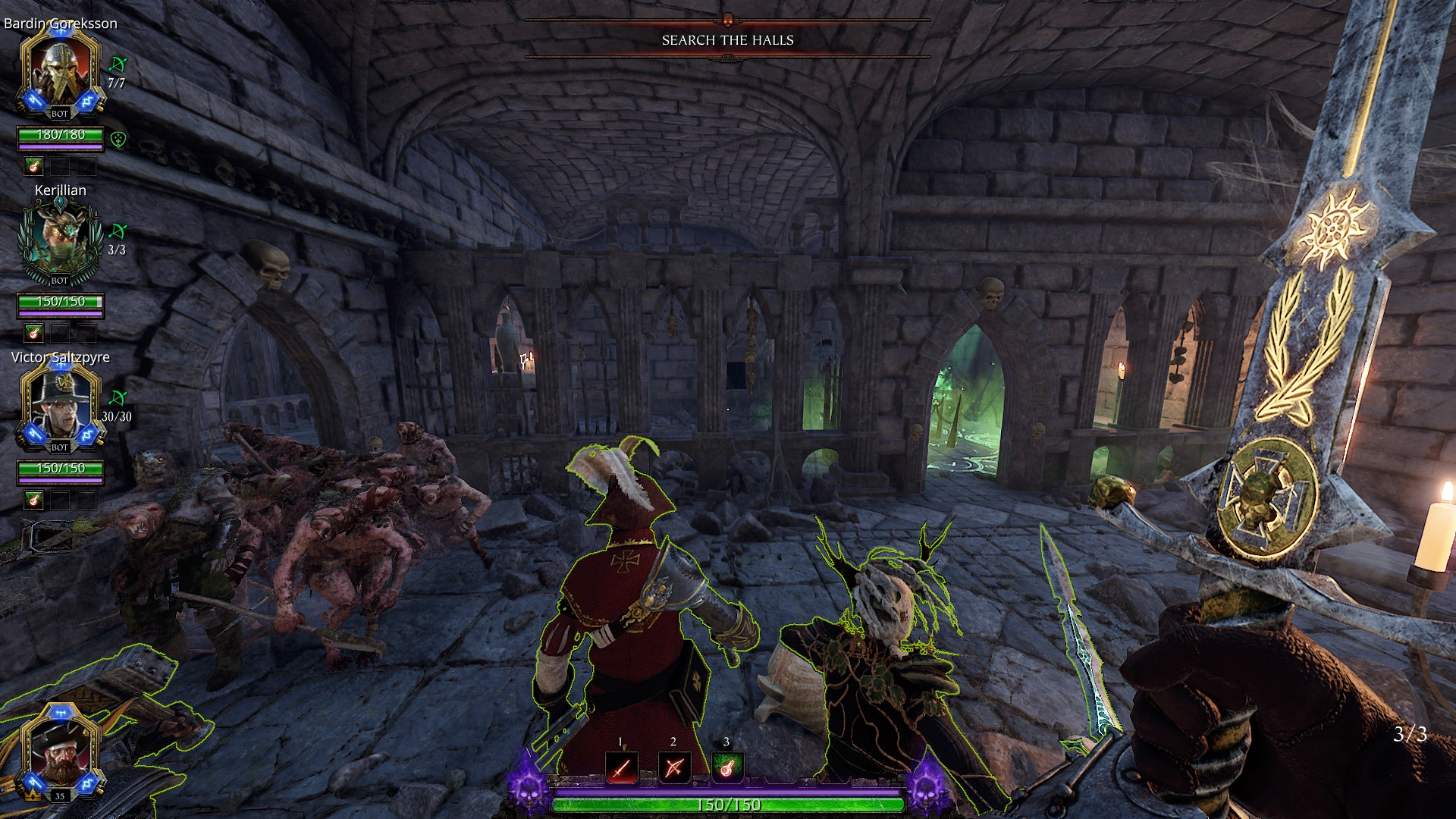 Before dropping down for the barrel event to blow up the wall, go through the door on the right. Inside this room is the ritual. Kill the enemies and take the skull if you want some extra challenge.

To claim your rewards, go the Okri’s Challenge book to redeem your prizes. It’s in the event section.

This is a limited time event with some pretty nice rewards. Be sure to tell your friends about it, so they don’t miss out. Enjoy!

Hope you enjoy the Guide about Warhammer: Vermintide 2 – How to Get Glowing Skins in Game Event Tips, if you think we should add extra information or forget something, please let us know via comment below, and we will do our best to fix or update as soon as possible!