You new? Want to know each class very quickly?

My ranking is based on the raw potential a character has to influence the game. Even a D ranked character can be incredibly good, if the player is incredibly good. There might be some B ranked classes who are played by S rank players. Broken builds also exist, which I’m not really accounting for that much.

Some characters only do one job, and so I give them a B rank. Others can do a ton of different things, making them very versatile and increasing their influence a lot. I give these a higher ranking than B. 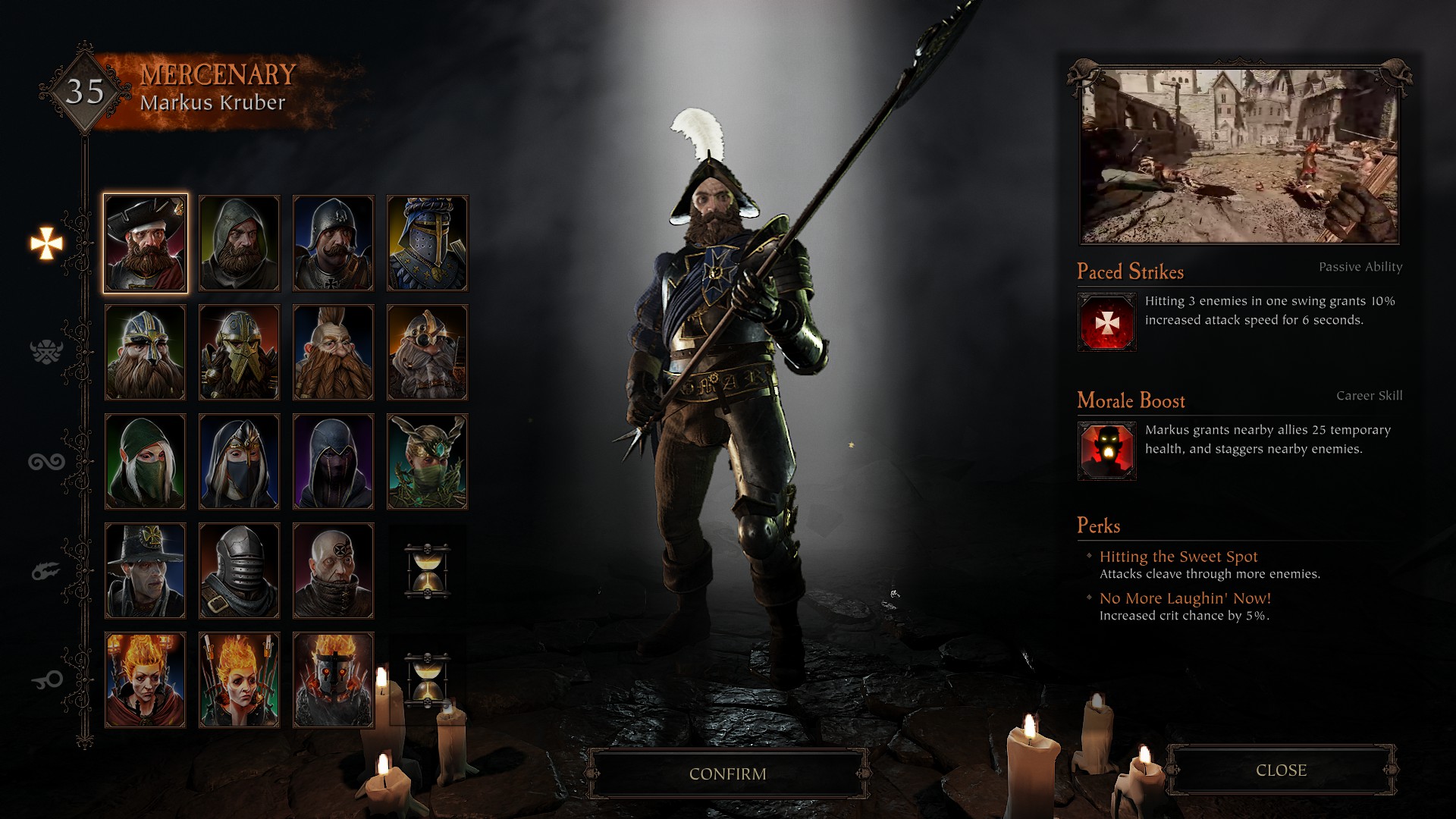 He’s basically a paladin. He has the best heals because of their short cooldown. On top of this, he gives damage reduction team buffs, attack speed team buffs, and offers AoE stuns. He also has good melee bonuses across the board.

Mercenary is a versatility character. He can do so much, so well, that he rewards high skill players who can multi-task jobs. He doesn’t really have any true down-sides, either. He’s also one of the few characters who can heal, allowing him to simply erase the team’s mistakes. 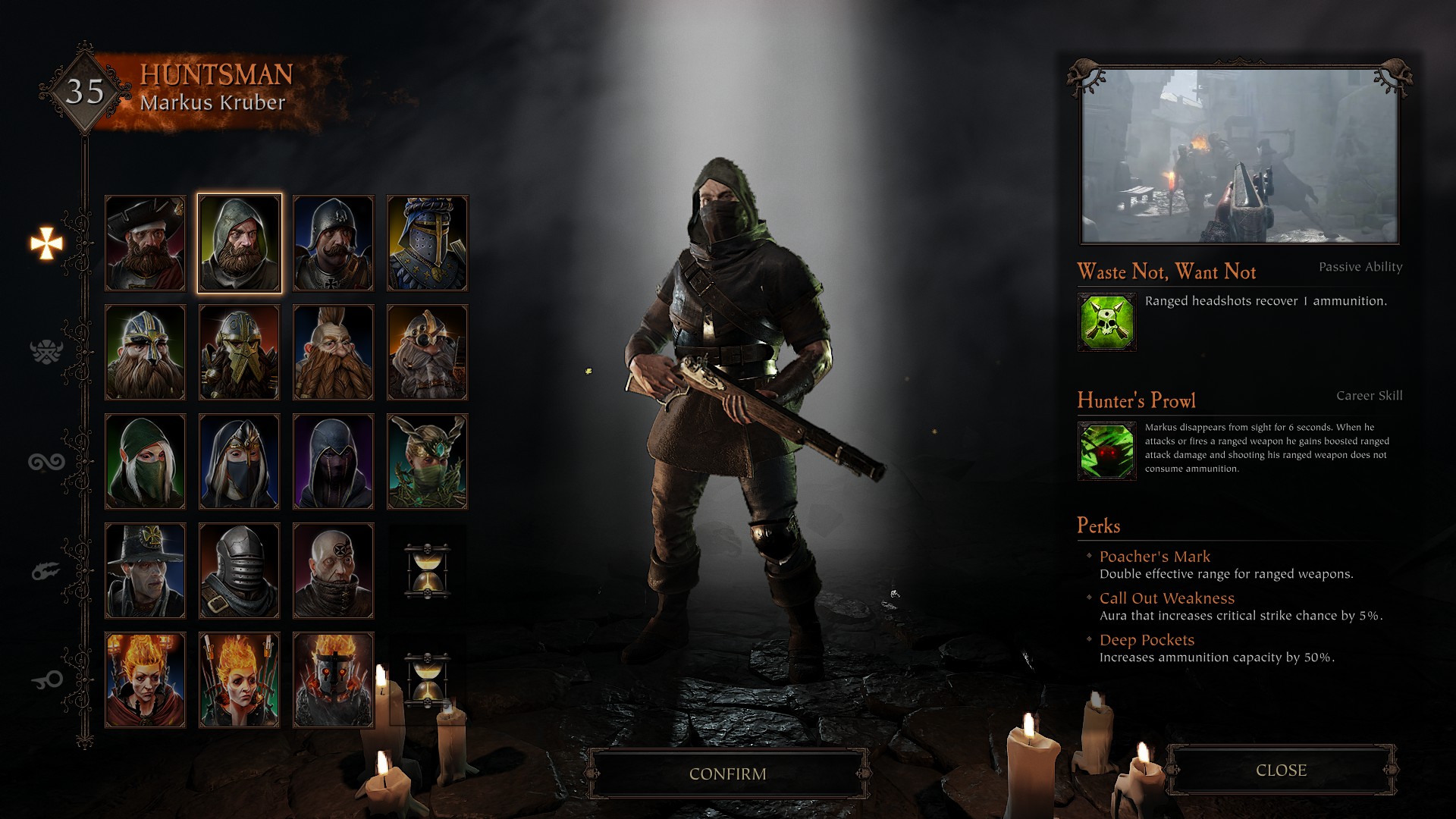 This guy is the ranged DPS. He kills bosses quickly and can kill groups of elites just as fast. He has a high skill requirement, due to some of his bonuses revolving around headshots. He can turn invisible, although it’s the worst of its class.

He is very specialized and highly punishing. He does his job, but not a lot more than that. This puts him at the mid-ground. 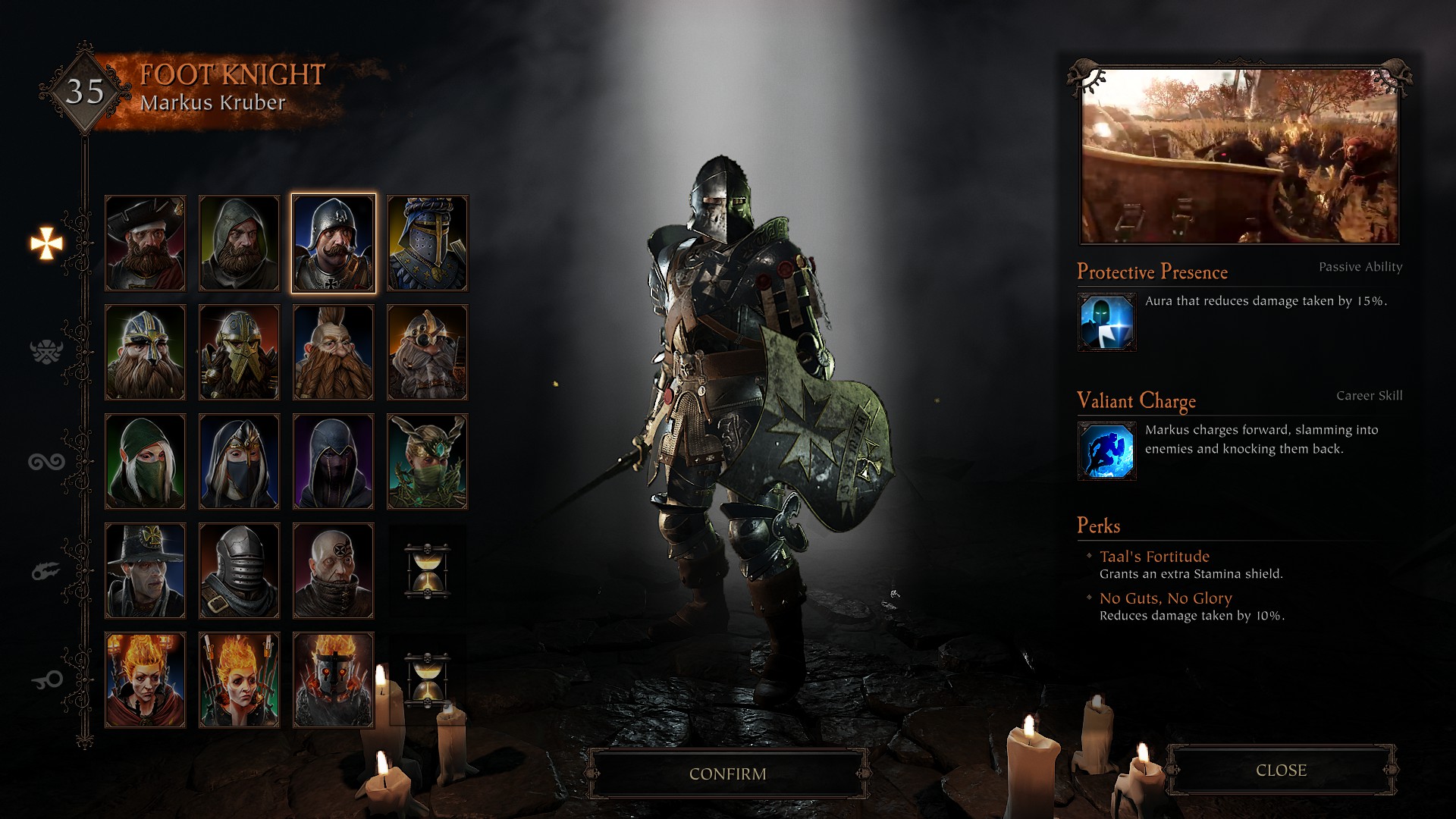 Foot Knight is a dedicated stunner. He synergizes with push-based weaponry, buffs his team defensively, and has a stun on a short cooldown.

He does his job well, protecting teammates, but not much more than that. His damage can be decent, so I’ll put him a bit higher than mid-ground. 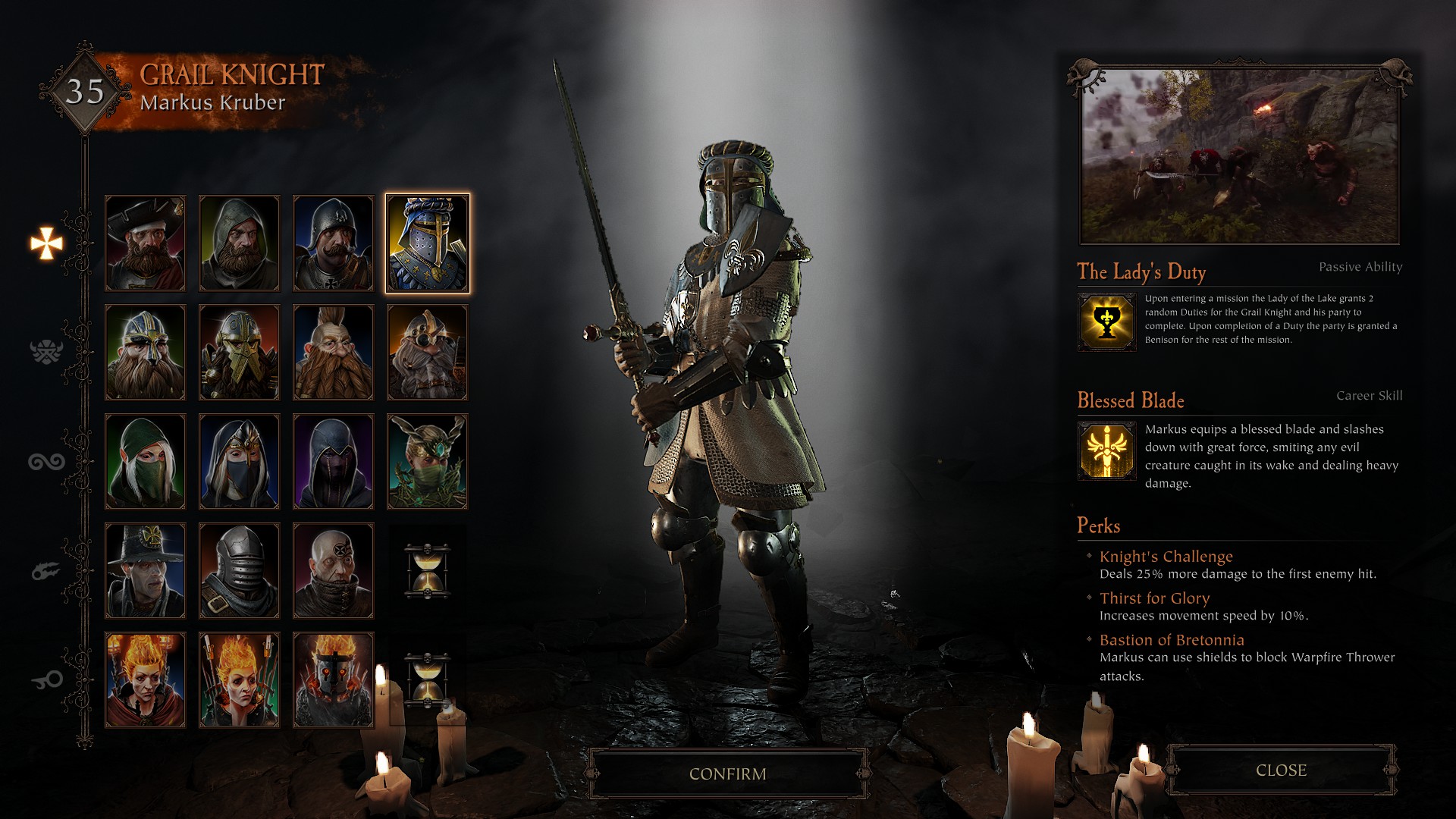 This character is very niche. Having no ranged capability, he is highly dependent on his teammates. The best thing he can do is spawn constant strength potions for his team, even on itemless deeds. He does good damage at melee range.

He is exceptionally vulnerable to specials. His DPS is comparable to the other DPS characters, which means his down-side is a bit unjustified. This is the reasoning behind him being at a D rank. The only saving grace is that he can create a powerful item regularly from thin air. This spares him an F rank. 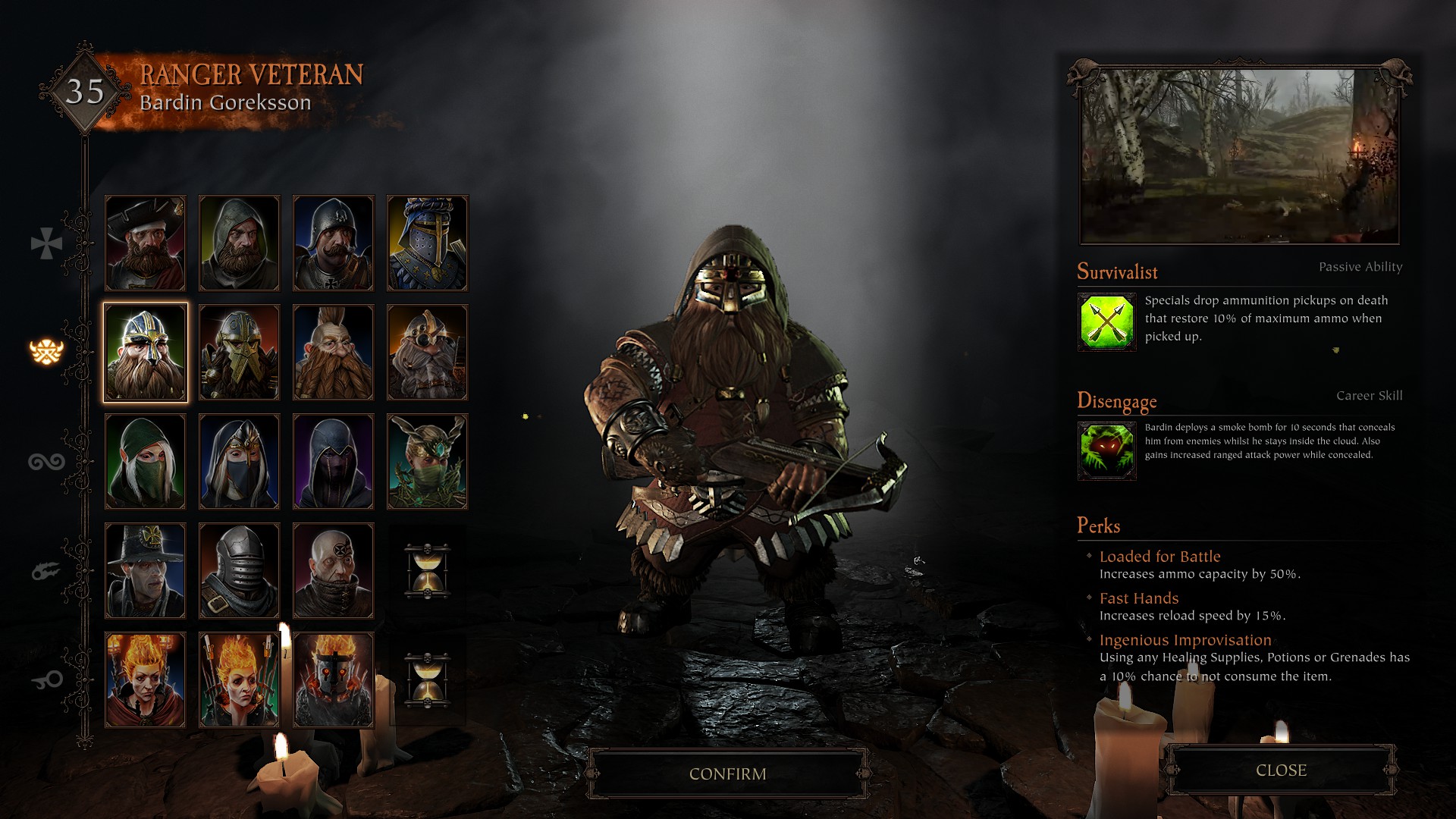 Ranger is another versatility class. He is survivable, making himself invisible and healing himself and teammates. He creates items from thin air, even on itemless deeds. He also does a lot of damage at range.

Ranger can do a lot of things that the other characters can’t. This grants a skilled player a lot of options and control over what is going on. He can avoid danger, eliminate danger, and provide valuable items to the team at a constant rate. In skilled hands, this guy is a team player and a clutch carry. 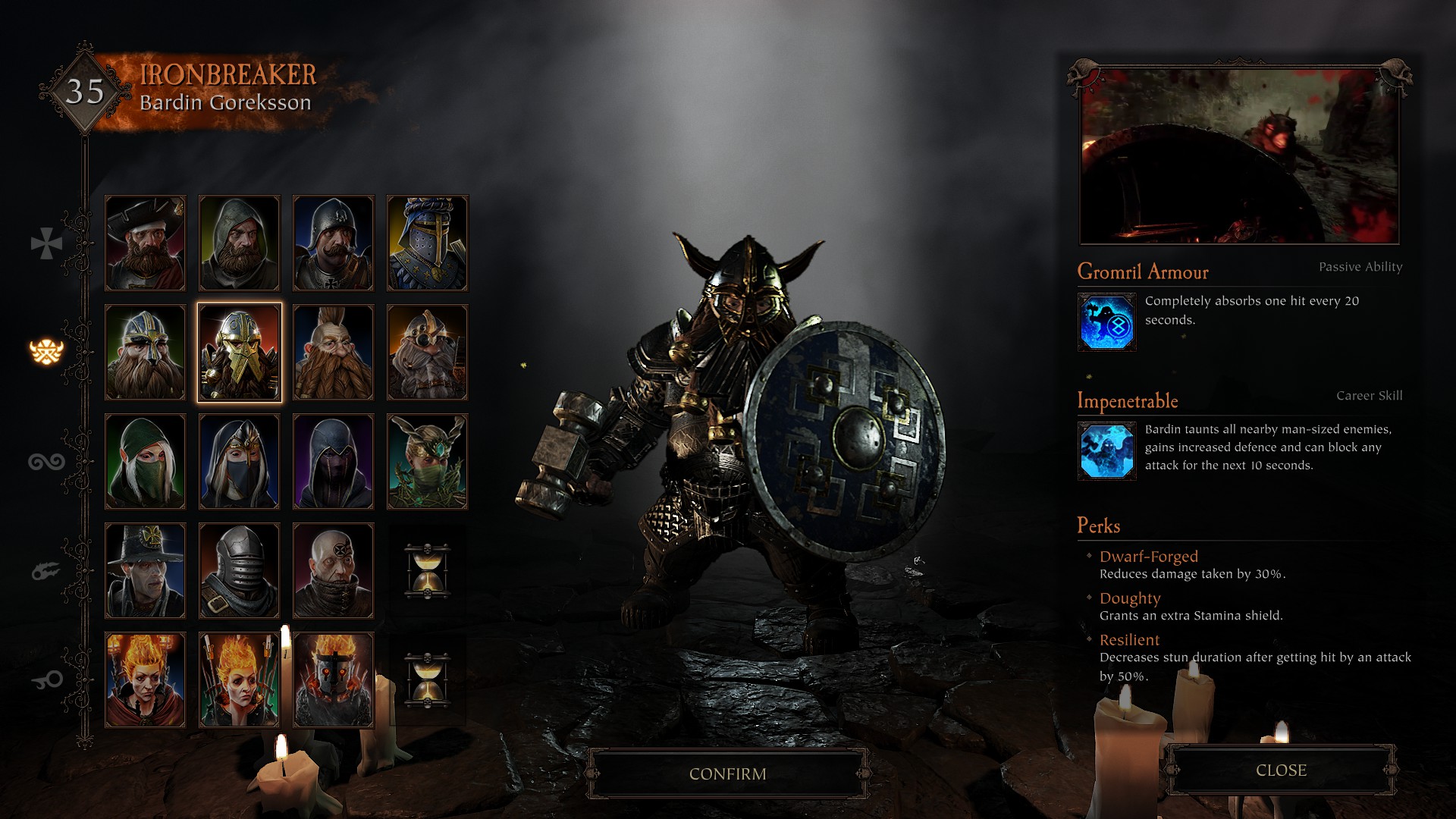 This is the dedicated tank class. He can take hits for free, stun groups by getting hit, free himself from specials, and force everything around him to attack him with a built-in invulnerability. With certain ranged weapons, he can also do very high damage, despite being a tank.

He is exceptionally tanky and can control the enemy AI. He also gets a get-free card every 20 seconds. With the right ranged weapon choices, he can also do good damage. Because he’s good at so many things, an S rank. 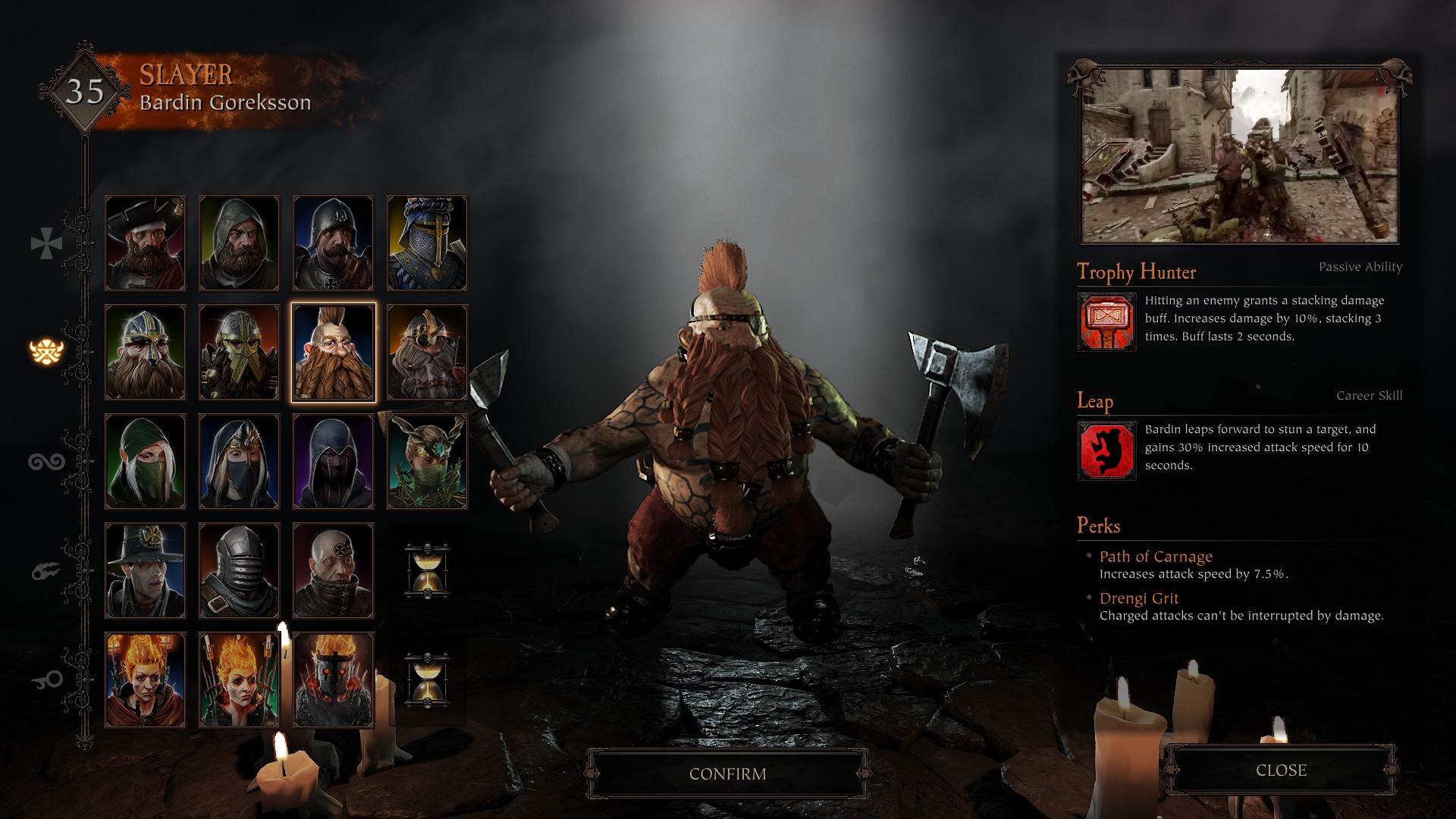 He is a dedicated melee, unless you own DLC throwing axes. He does have an emergency ranged attack, which is his ult. With the right setup, he can do almost 100% bonus damage, much of the time.

Since he has an emergency ranged attack, I rate him higher than Grail Knight. If you have throwing axes, range is no problem, too. While he does not create powerful strength potions, his ult is basically a speed potion.

Anyways, he does his job, but not much more than that. So, that’s why I’d give him the B rank. Mid-ground. 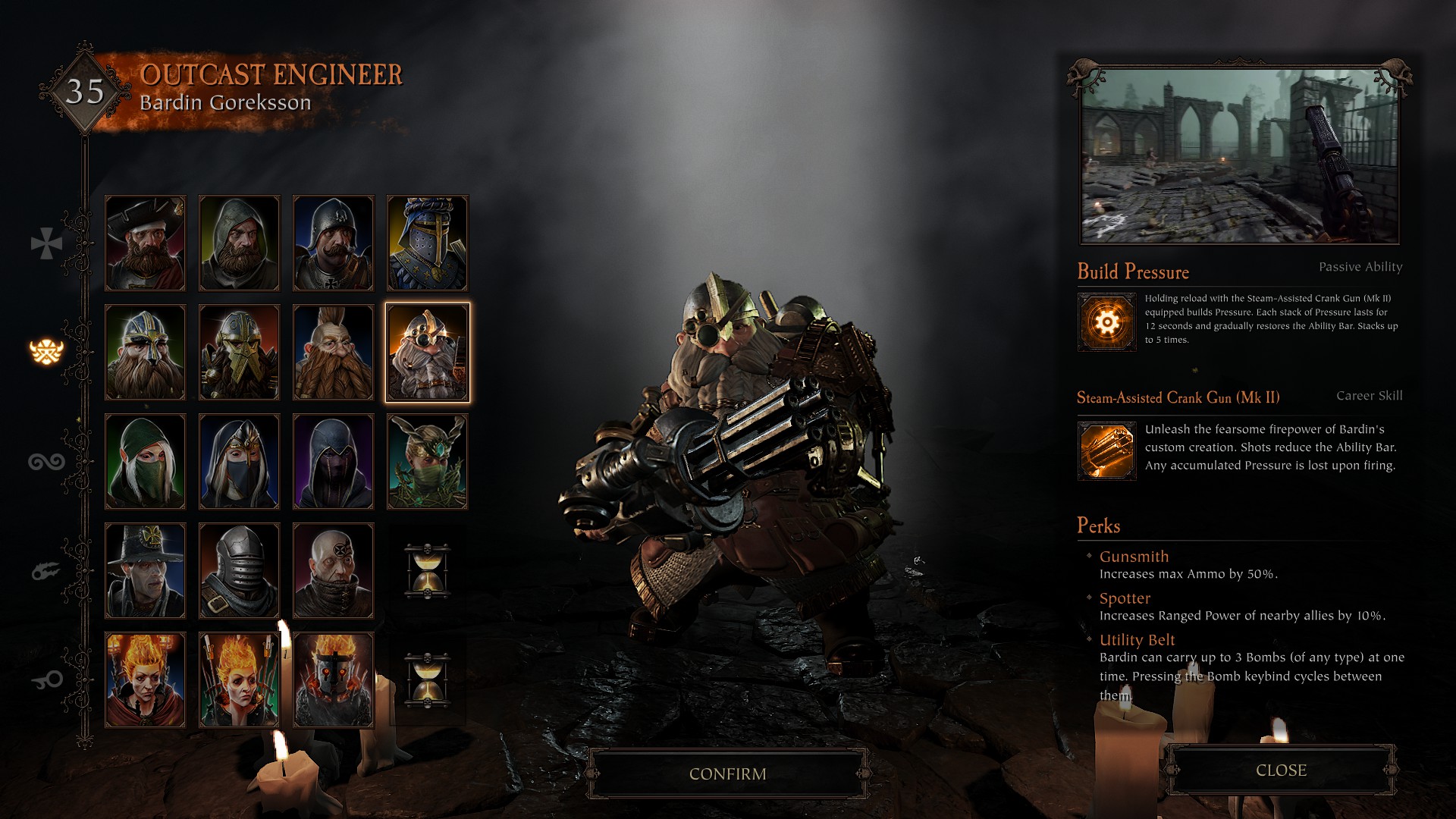 The main gimmick of this class is 3 bomb capacity, and a minigun. While he has no true ult, 3 bombs can make up for it, quite easily. He will require babysitting though, since using the minigun leaves him vulnerable. He does have infinite ammo.

This is another versatility character. He can do a lot, rewarding players who can manage many jobs. He can kill bosses quickly, he can blow away threats with bombs, and he’s decent in melee. He doesn’t do quite as much as the others, though. So, an A rank. 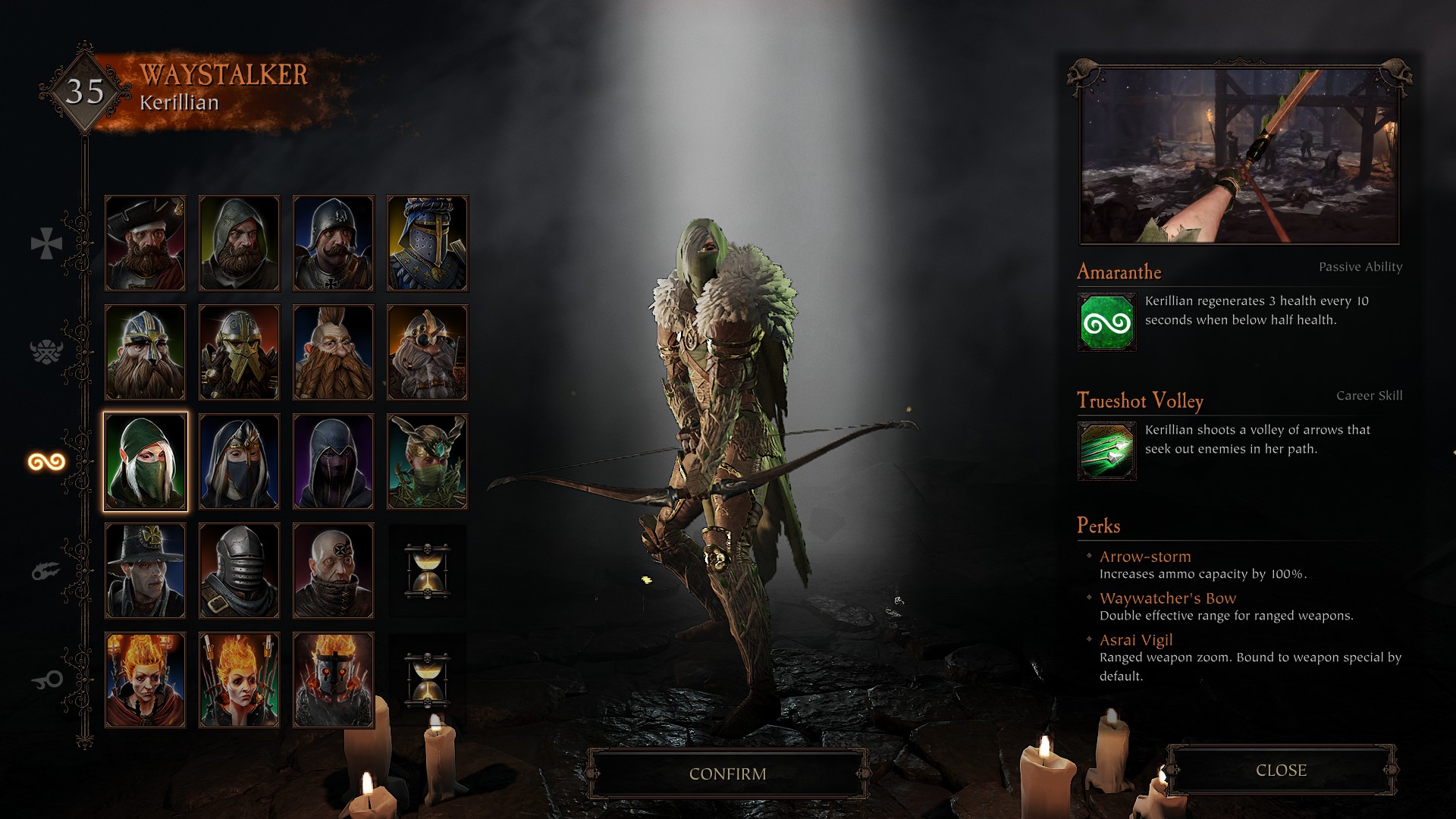 This is basically Legolas. Lots of arrows, low health, homing ult. She has infinite ammo if you are built correctly, too. She has some built-in health regen.

She does her job well, but doesn’t reach out much further than that. I’d put her at a mid-ground level. 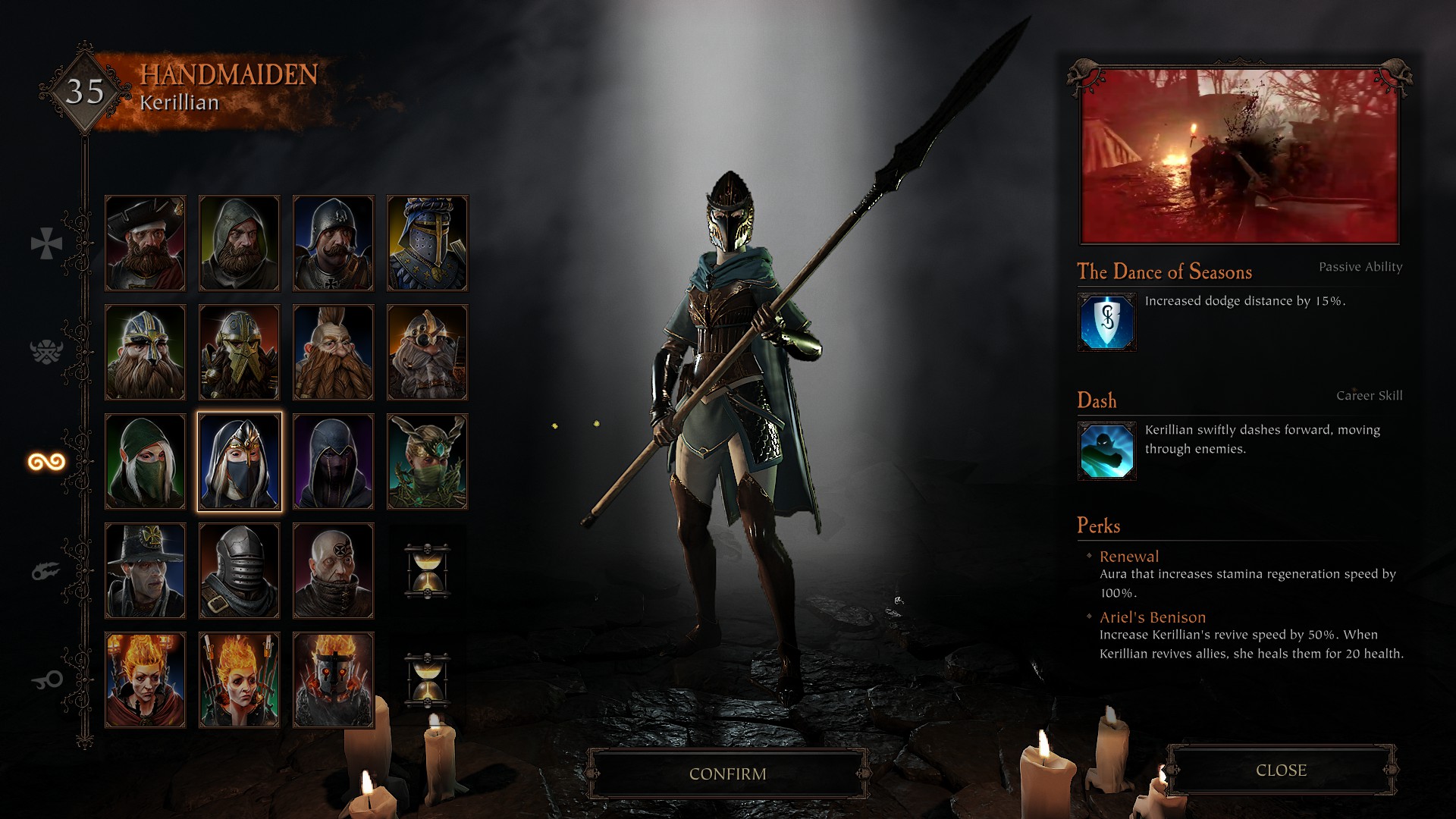 This is the abuser class. She can dodge through enemies, has a spammable invis and dash, and has super high stamina regen. If everyone were to die on your team, you could just bypass the level and reach your teammates after they respawn. This can be game-breaking.

Although, if you aren’t playing in that manner, I’d give her a B rank. She’s mainly built to survive and doesn’t help the team as much as other characters. 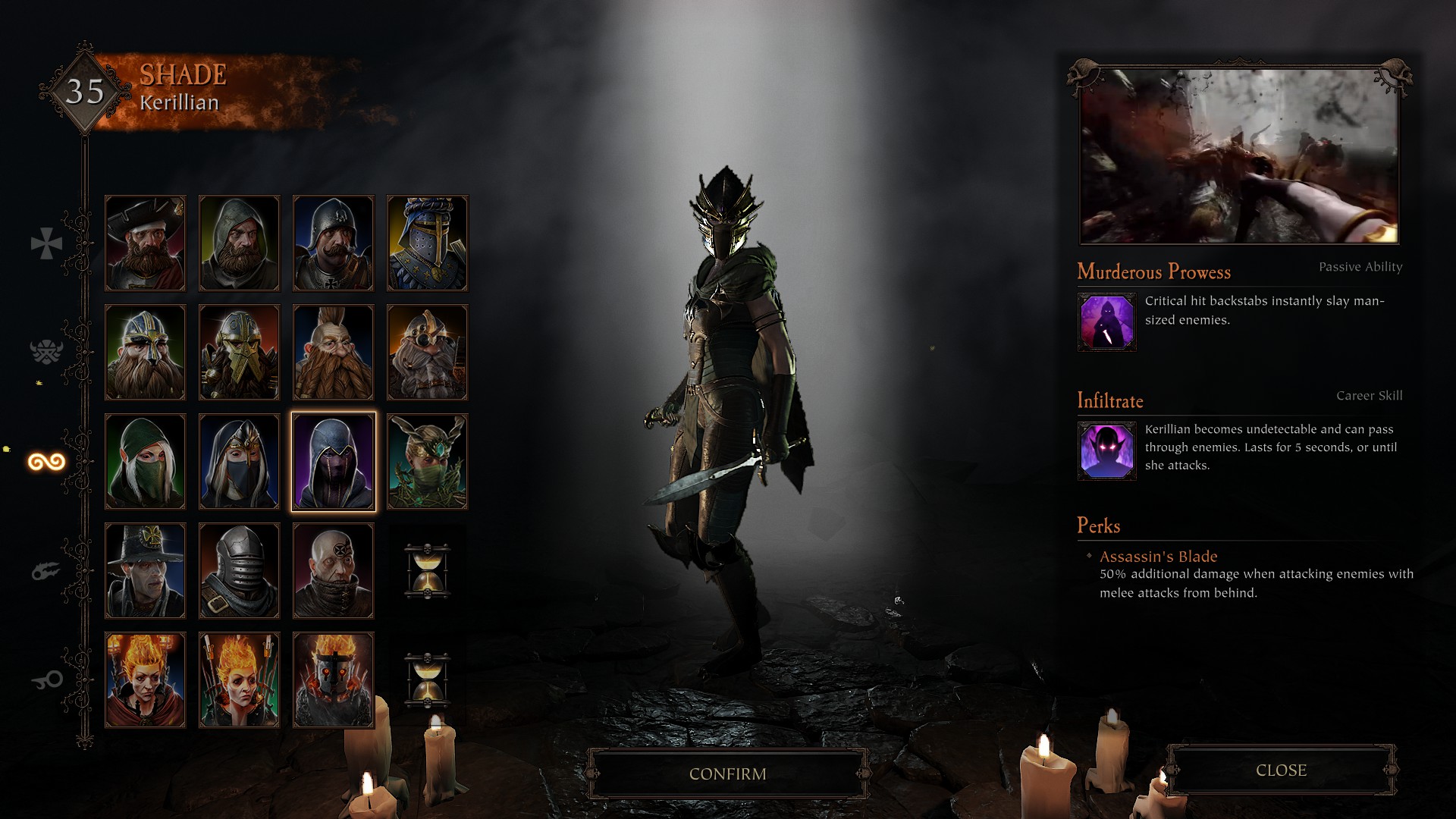 Shade is the melee powerhouse, without a ranged deficit. She can turn invisible on a super short cooldown, and has a nice buff every time she does so. She is all about doing damage and avoiding it by being invis. She’s not too bad at breaking the game, too.

This is an abusive character, where I’m almost considering S rank. However, if you’re not abusing, she’s more of an A rank. She does her job well, and the constant invis pushes her above the mid-ground.

Sister of the Thorn 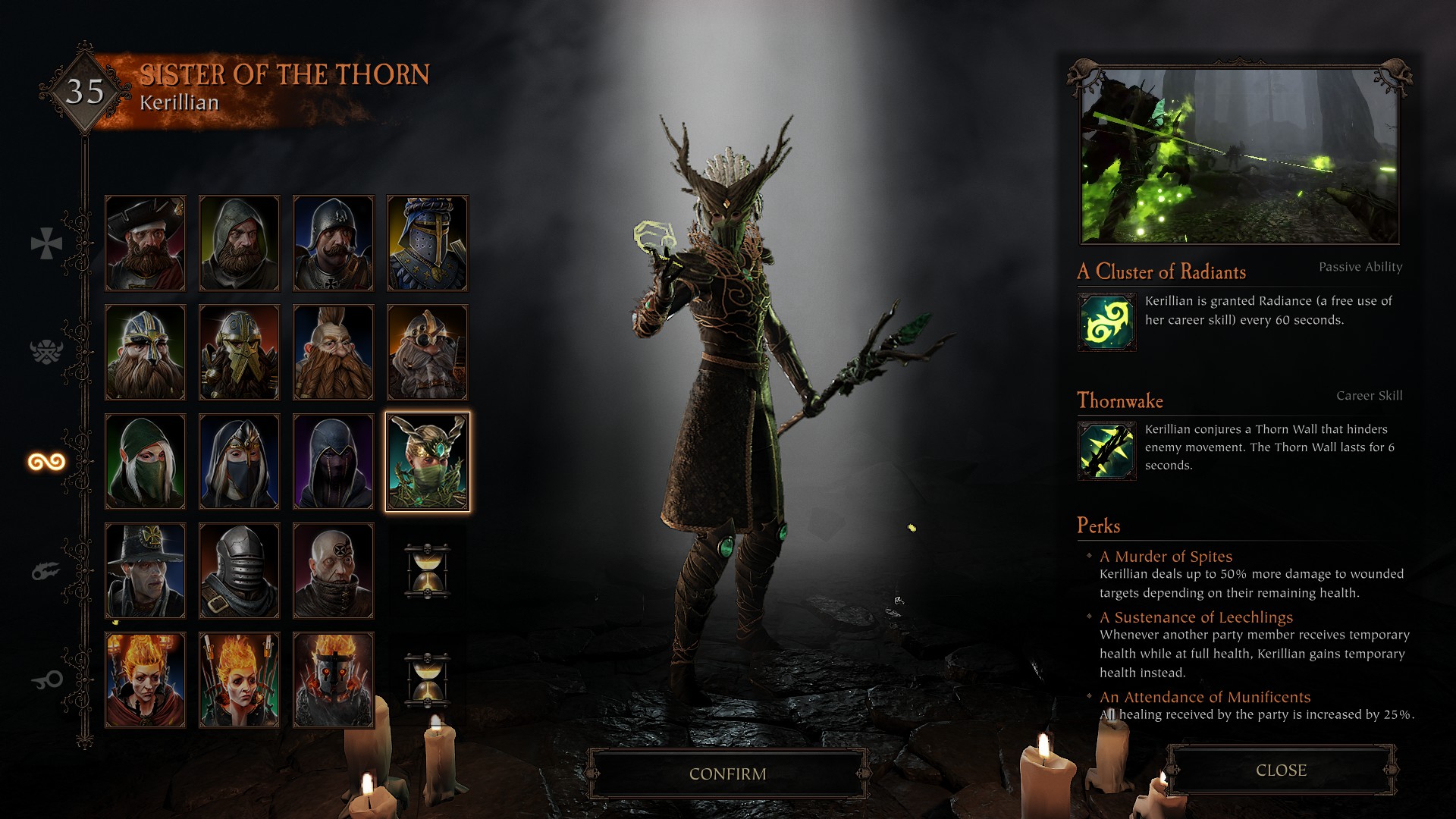 This is a support character that specializes in creating walls. She can also build for damage, at the expense of the wall building. She does good damage and increases the healing the team receives.

This character is still new, but I’m confident that the wall will become highly abused. Blocking doorways and running through maps; locking bosses into corners; blocking a doorway to simply cook enemies; many different tactics that will be perfected over time. She has a lot of potential for strat-building.

If you’re playing with bots or randoms, then I’d give her an A rank. 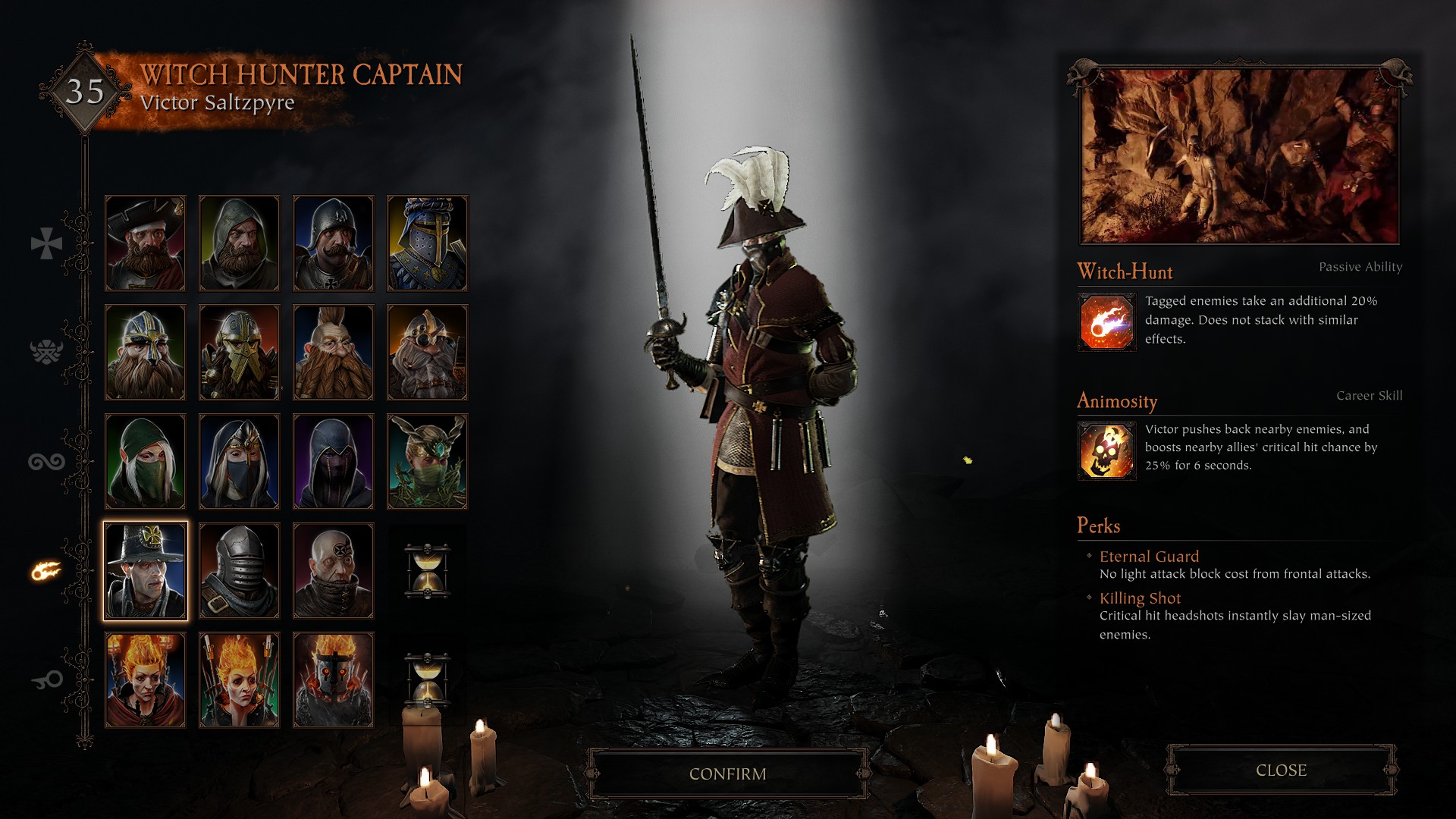 This guy is a damage king. He can kill any non-boss in one hit if it’s a critical headshot. Any tagged enemy takes 20% increased damage. He causes tons of bleed damage. He also gets an AoE stun. He has high ammo capacity, too.

This is one of those high skill characters. The ability to instant kill scales really well with higher difficulties. He has many options to deal with threats, whether it is ranged or melee. He also buffs his teammates a lot. He can block infinitely from frontal attacks, too. 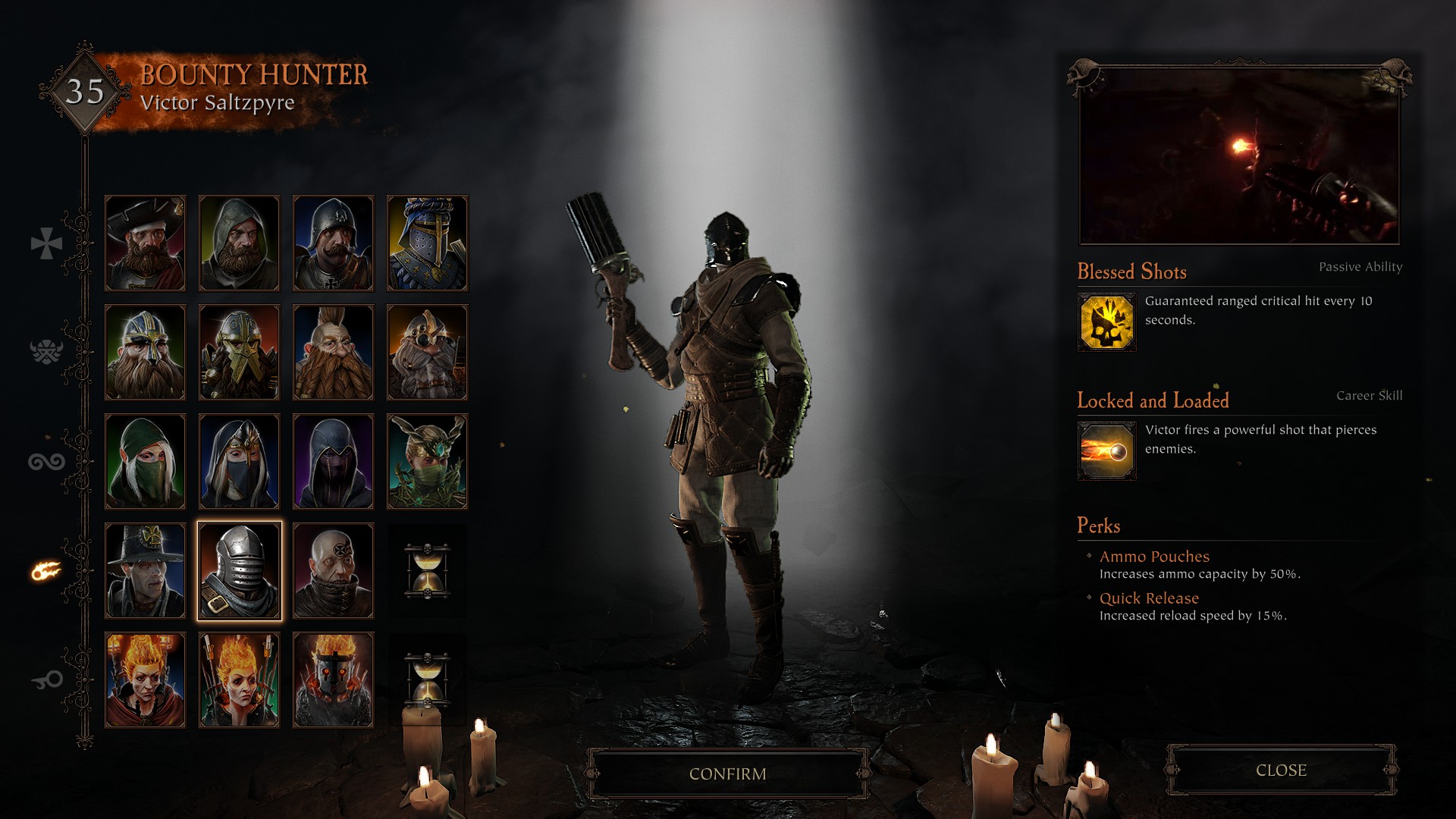 This class is an infinite ammo sniper. If you can juggle his infinite ammo/crit/ult mechanics then you will be an unstoppable ranged killing machine. That’s all he does, though.

Like many of the DPS, he does his job well. I’d give him that mid-ground rank, since he doesn’t bring anything else to the table, though. 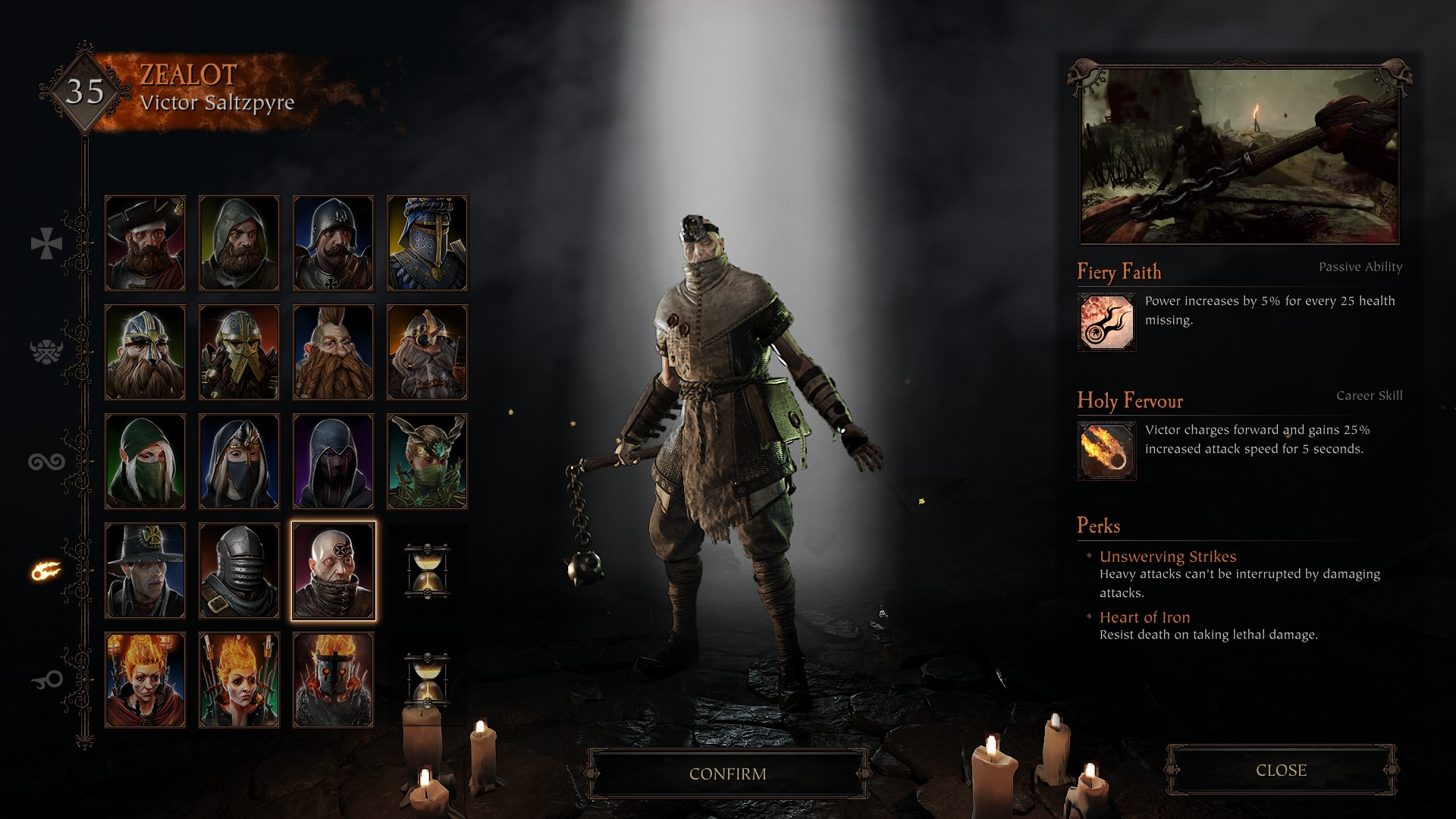 The lower green health you have, the more damage this guy does. He can also turn invulnerable for 5 seconds, if he dies, and survive. He’s a bit tanky, too.

He does good damage and is tanky. Unfortunately, he brings nothing else to the table, so I give him a mid-ground rank.

Also, most people consider this guy annoying, due to “don’t heal me!” mechanics. So, he’s almost a C rank. 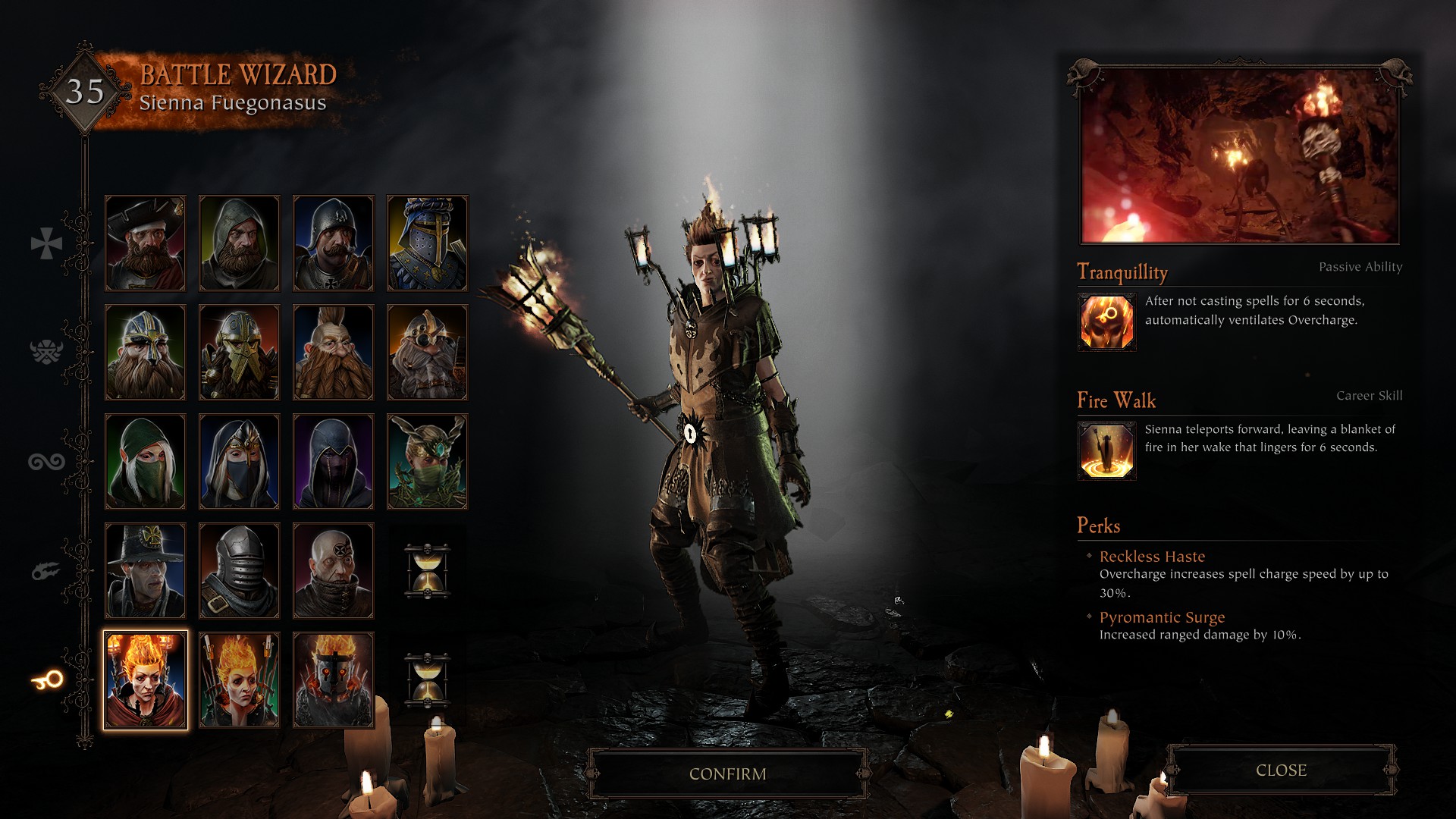 This is the DoT queen. She can burn enemies with infinite duration, or increase her DoT tremendously. She takes on a support role, due to many of the staves’ functions. She’s pretty good at stunning, with the right setups, too. Positioning is very important for this character.

With good teamwork this character has tremendous potential. Endless passive damage, good stunning, and good damage. She has a high cooldown rate on her spells, which sets her apart from the other wizards. 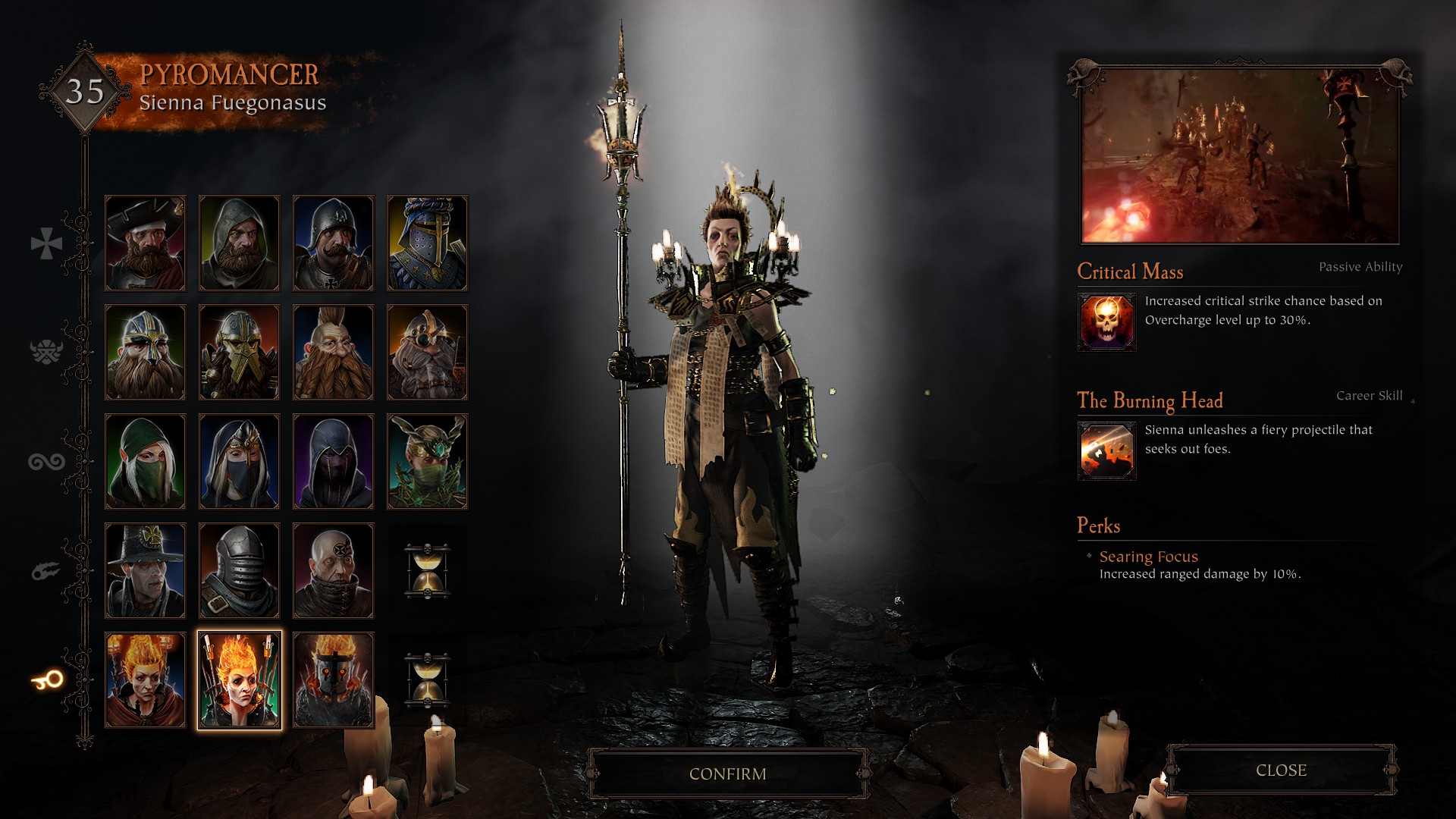 This is the wizard version of Waystalker. She has high ranged damage, gains attack speed boosts, crit boosts, and has a homing missile. She’s a gambler, too, because if you build crit, you can ult repeatedly for every successful crit.

Sienna’s staves can be incredibly powerful if used strategically with stuns and area denial. This defaults her to a versatility role. She does good damage, but she also has that little bit extra, making her an A rank. 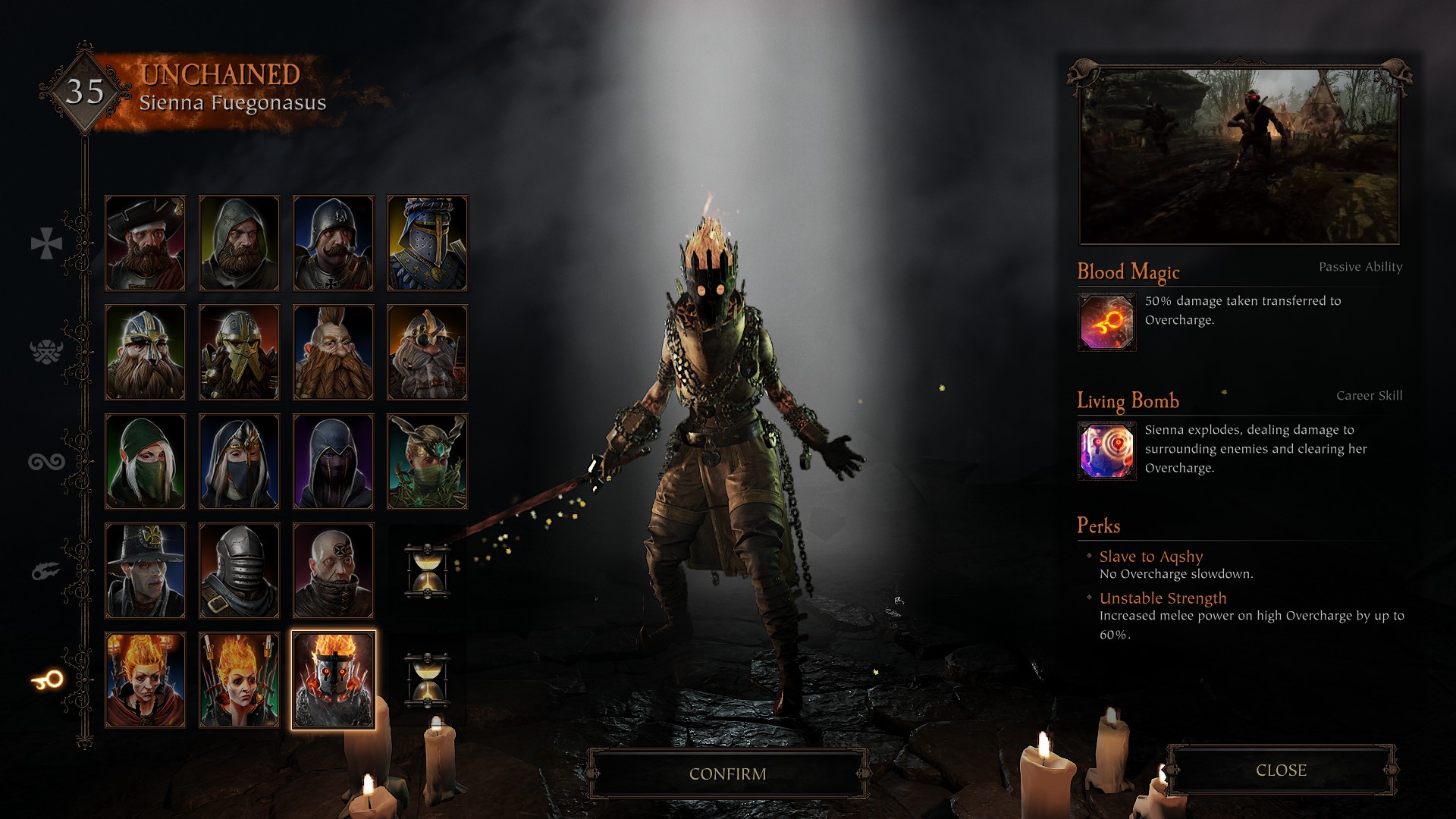 This character has the most health in the game. She has an effective value of about 400, if you build correctly. However, if her overheat fills up, she instantly dies. This basically means that burst damage can kill you, but chip damage will not. She can use talents to give her second and third chances. She can also heal the team.

Again, being Sienna, she gets some pretty useful staves. She’s extremely tanky and nigh unkillable in the right hands. She does decent damage, too. So, an A rank.

I hope you enjoy the Guide we share about Warhammer: Vermintide 2 – Best Class to Play Guide; if you think we forget to add or we should add more information, please let us know via commenting below! See you soon!