Basic setup for any character who wants to farm gold.

Yes, I did dumb down 30 million gold after making this character. I started with 3k eggs. When I built the build.

Cappella Magna with the following active


This is the Arcana order.

2. Laurel – makes you not dead

2. Attractorb – approximately 320 In stat This will pick up stuff across the entire screen

4. Skull O’Maniac is a more curse

6. More curses for the Gold Ring

Laurel does not get a limit break, so all levels limit breaks go to Vicious Hunger.

Avoid evoving Gatti Amari before any items are max level. Vicious Hunger will eat all exp gems from mobs to make it gold and stop you from getting levels for a few minutes.

Recognize that the gold gained after the 30 minute mark is a lot less than what was earned during the first 30 minutes.


Tip: Save your re-rolls for the correct arcana’s.

Pro tip: If picking up chests becomes difficult due to Uber Stats then alt tab out of your game and back. This will allow you to pick up chests faster.

Pick the arcana “Wicked Season” at the beginning. Once you have picked it up, run after the “Metaglio Right”, or the “Gold Ring”. Keep the 2 guardians with you. We will need it later, when all items have been maxed. Gatti Amari can then evovle into Vicious hunger, thus ending the build.

2. Attractorb – standing still (and getting all drops on screen at high level)

4. Skull O’Maniac is a more curse


Once you have the five passive items, grab the second curse item booster. Run back to the chest drop, grab the weapon “Laurel”, and level up everything until you are ready to pick up the chest.


After the guardians have been killed, pick a spot to stand still and farm mobs or loot chests as they appear.

Let the game choose the random weapon boost for leveling up. We must still pick up the 2 arcanas at 11 and 21 minutes.

The other chests are just loot and not worth the effort. You’ll eventually make more gold per second during a rush than what a 5 money chest chest contains. I’m greedy so I picked them up.


Once you have passed the 30 minute mark. You can survive. If you’re running low on eggs, These weapons are worth using, since we already have most of our upgrade items in our passives.

3. The map can be accessed by clicking on the 2 guns and the tiramasu.

4. Worst case scenario, use birds as the six slots or bracers.


If you are able to survive, you can simply let the game run its course and go to bed. To increase your characters’ stats, you can wake up with millions of gold. This will allow you to earn more gold in future runs. 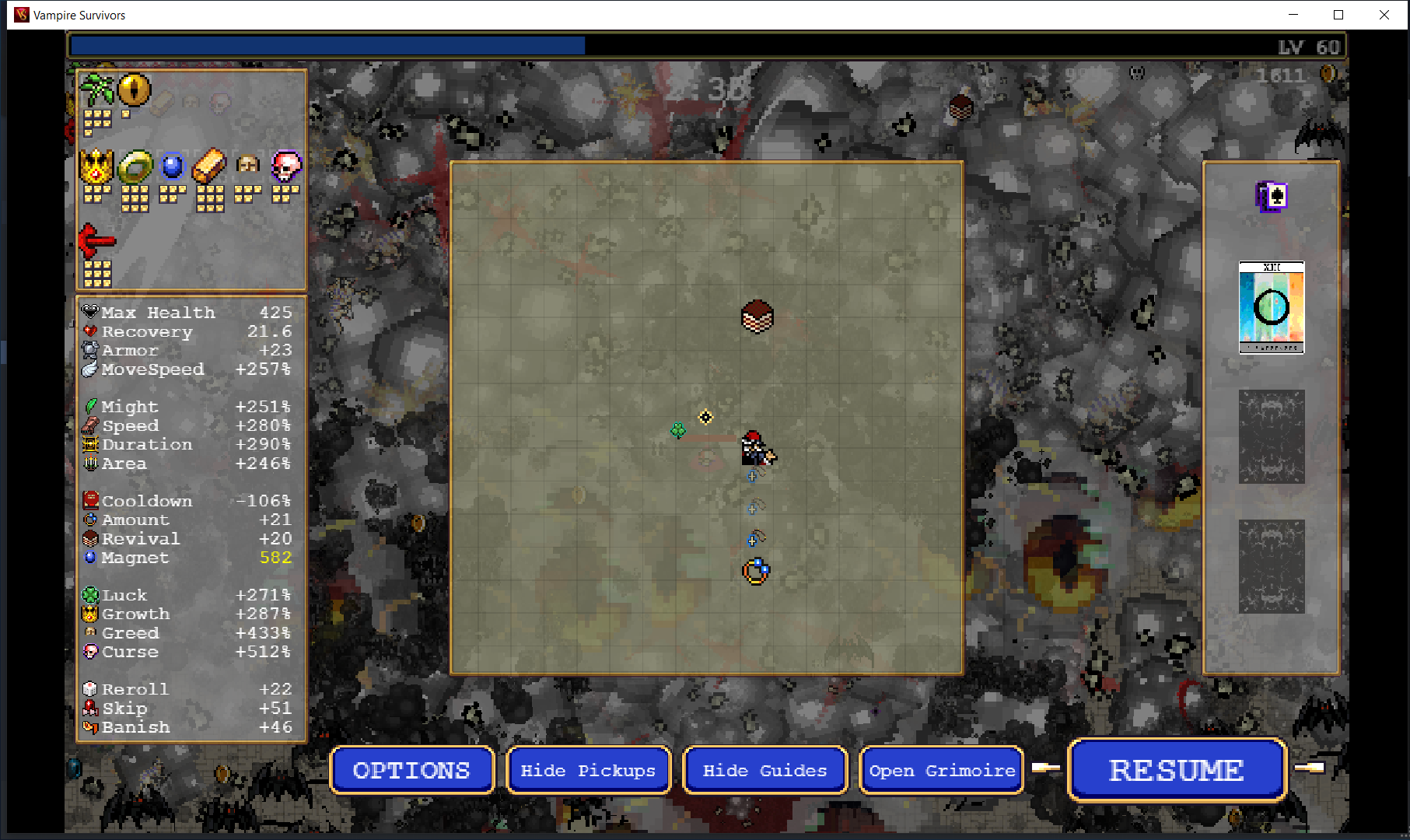 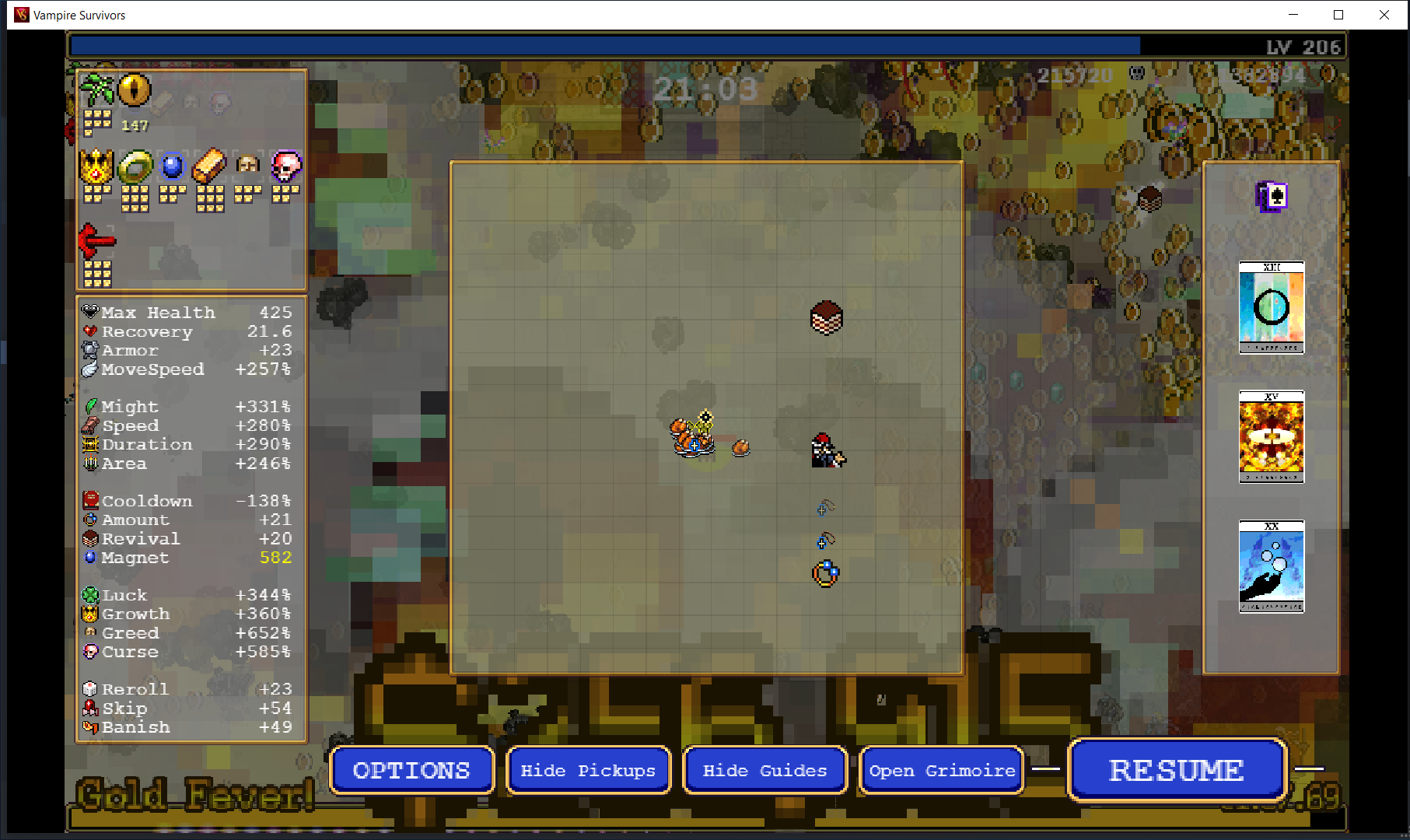 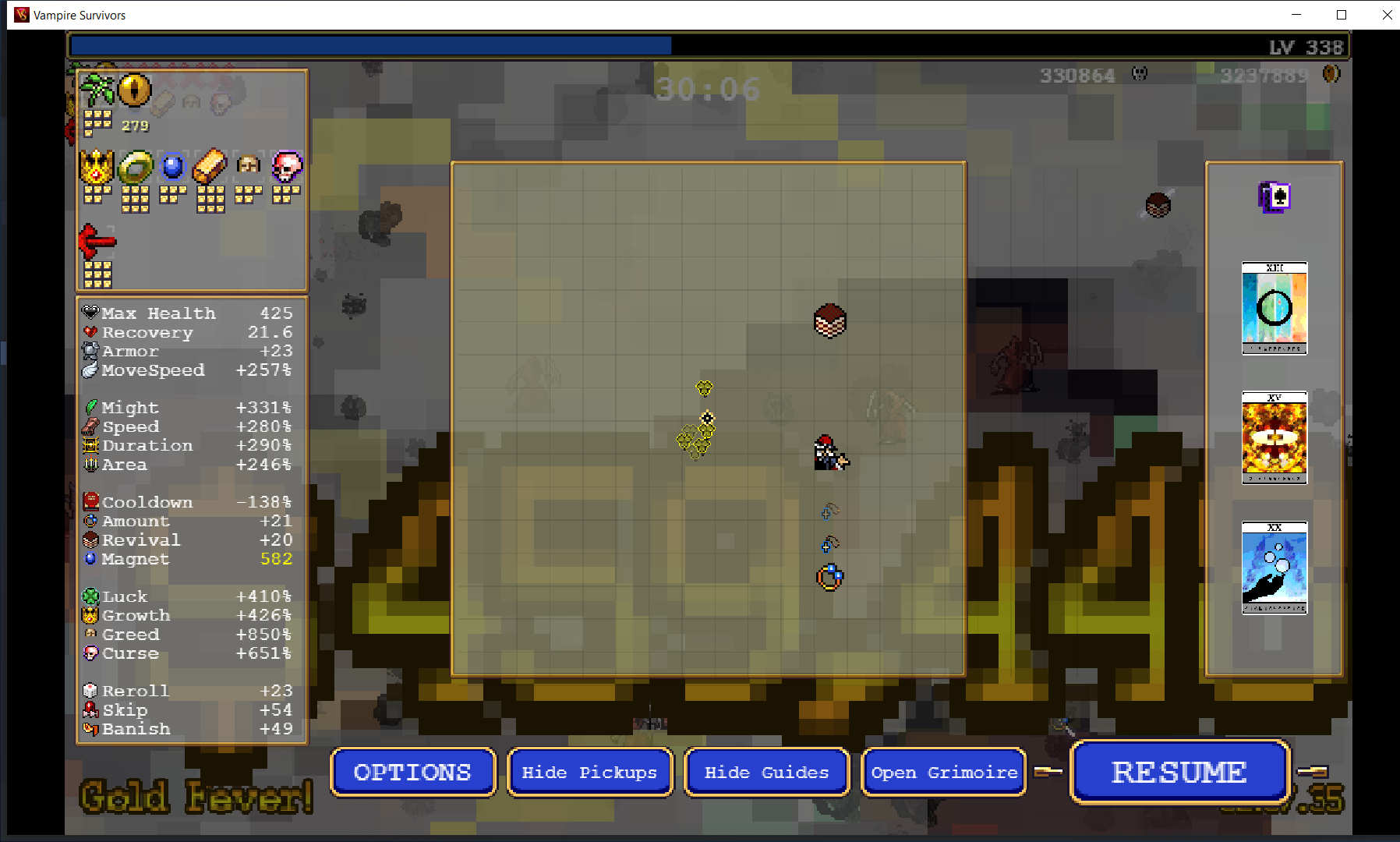 I hope you enjoy the Guide we share about Vampire Survivors – Big Pharmer Capitalist Gold Trousers Build; if you think we forget to add or we should add more information, please let us know via commenting below! See you soon!