This is a guide to introduce the new free dlc and the achievements that come with it. 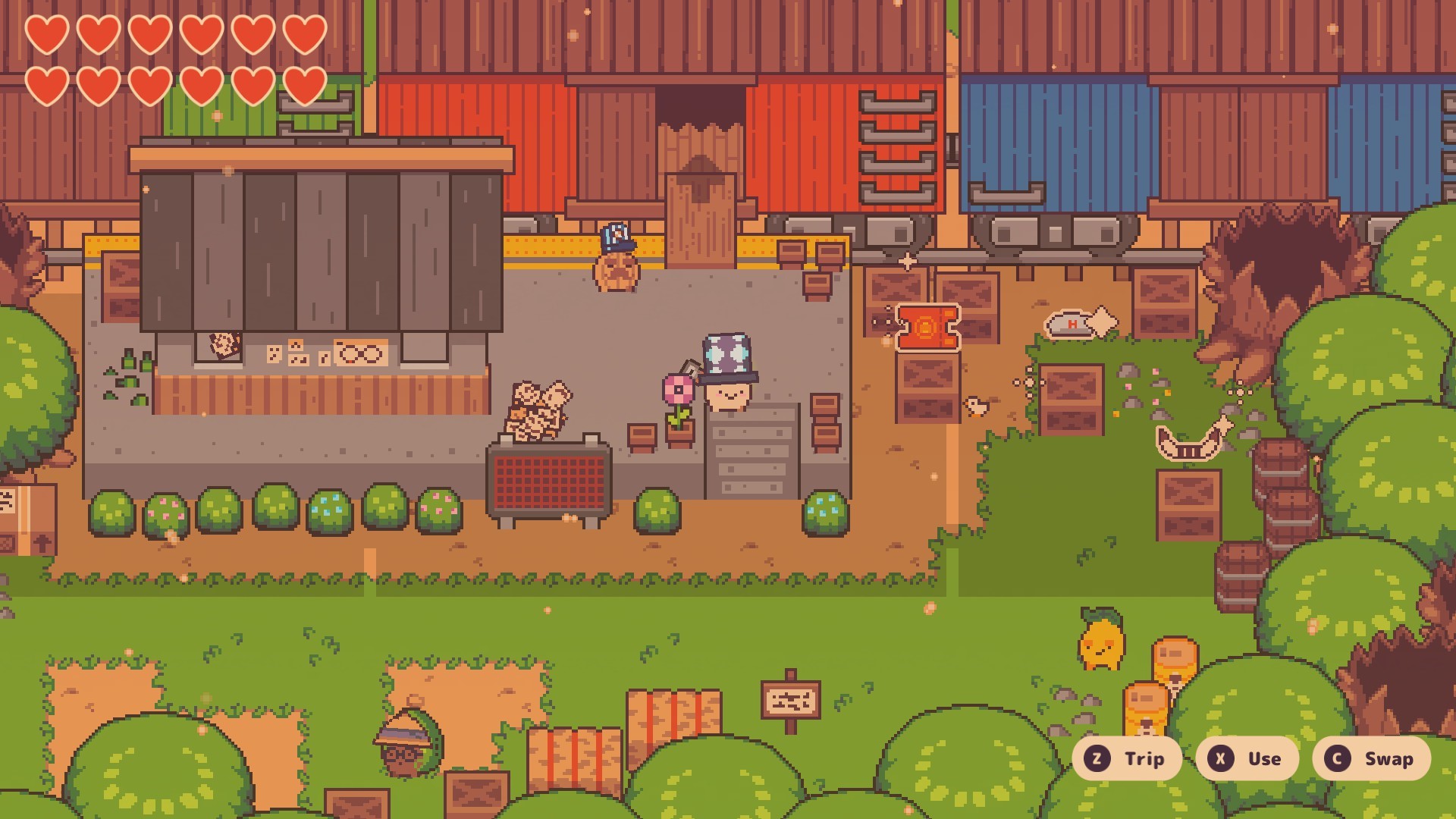 This is going to be a quick guide to introduce the basicz of the dlc. As seen above this is the station itself. Shop in bottom right has new hatz and also containz itemz that could be added to the random selection you’ll see in the train. For the purpose of this guide it will be assumed you have not aquired any of these itemz as they are not necessary.


Each cart will be filled with enemies you already encountered in game. Every few cartz you will also run into the first three game bossez. General strat for all three is to move out of the way of their running attack and then spam shovel against wall. If doing this once doesn’t work do it again until boss is dead. 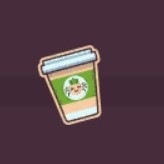 After the first four bossez you get to pick between three itemz. Most op and best of all iz the lighter. Always pick the lighter. Dealz stupid damage to bossez and can clear entire floorz sometimez. Don’t be stupid, best item.


Fangz are nice for keeping health up. Occasionally rewardz health for defeated enemiez. Not needed but at least one healing item is recomended.


You will not alwayz get to chooze these itemz, especially if you start purchasing more at the shop. These items are in rotation from the start though and are all nice to have so grab them when you can.

Loze all health and it is over. Enemiez will sometimez drop health, but certain itemz give alternativez if you want more wayz. Fangz shown above start in item rotation and are good enough.

This sucker will heal all your borken heartz if you run into them but don’t count on it as they are not alwayz there.

This is going to be the first new boss you will encounter. Will be right after the first three. Is really easy if you know the movez which I will show you now. 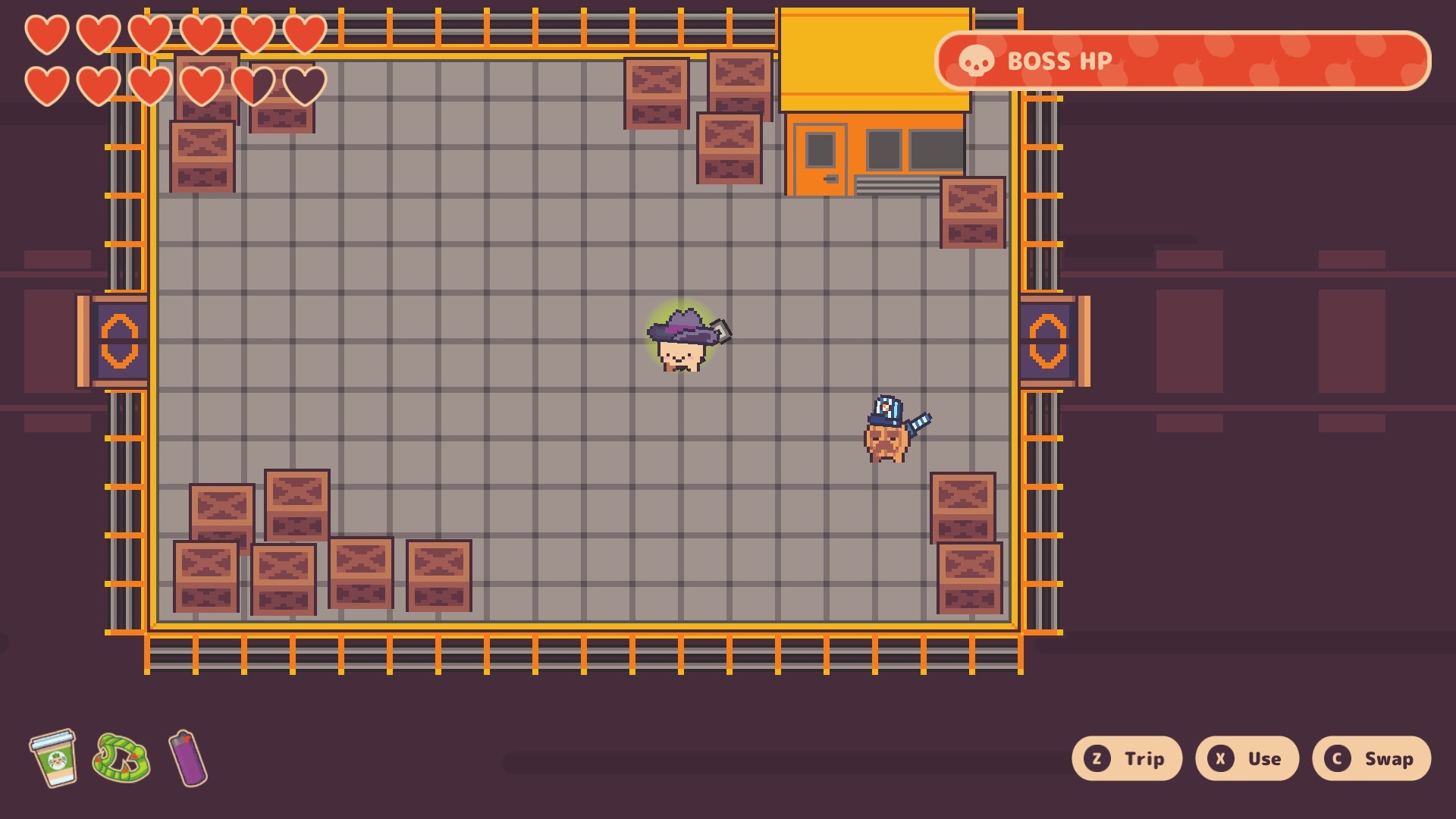 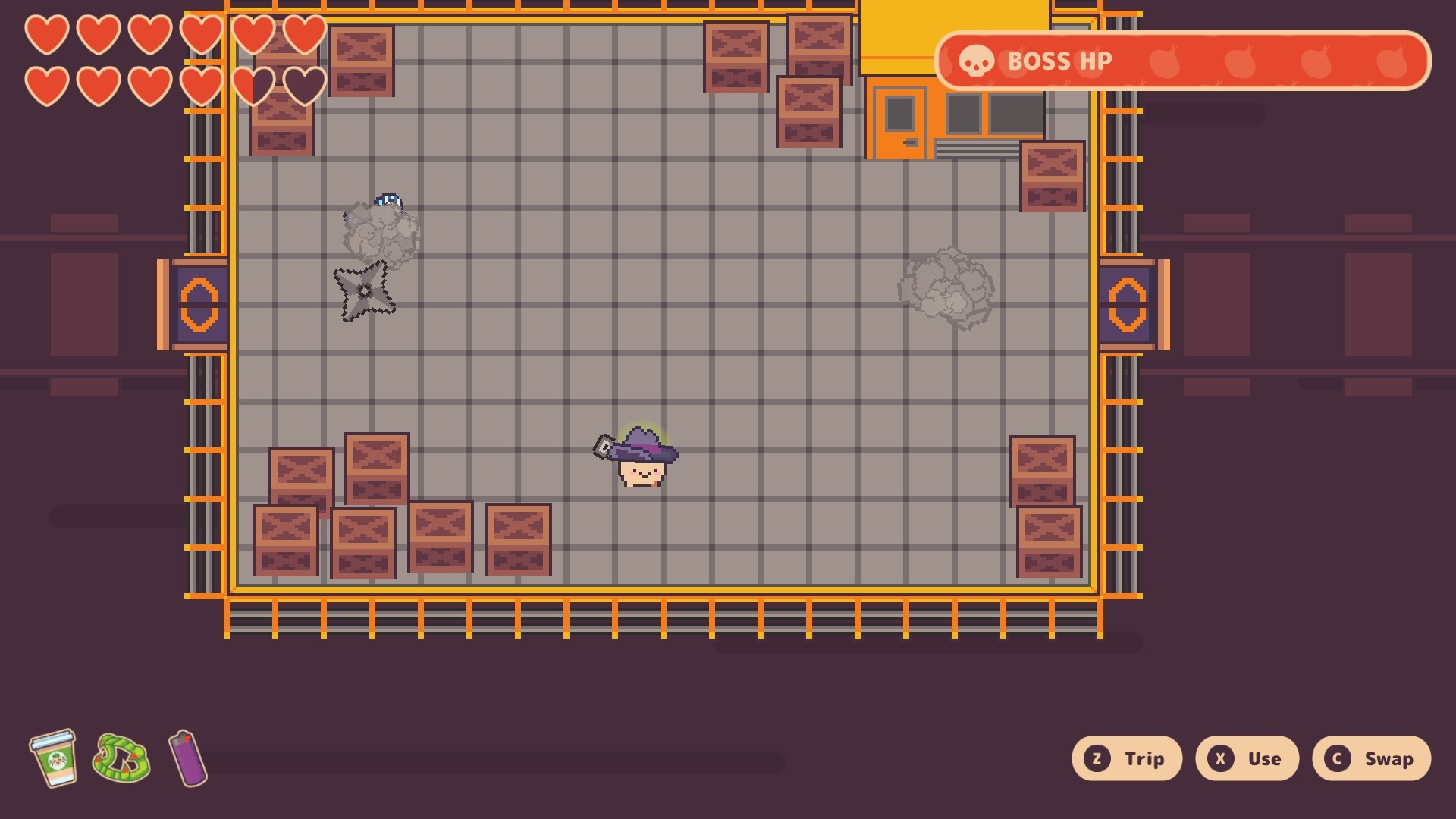 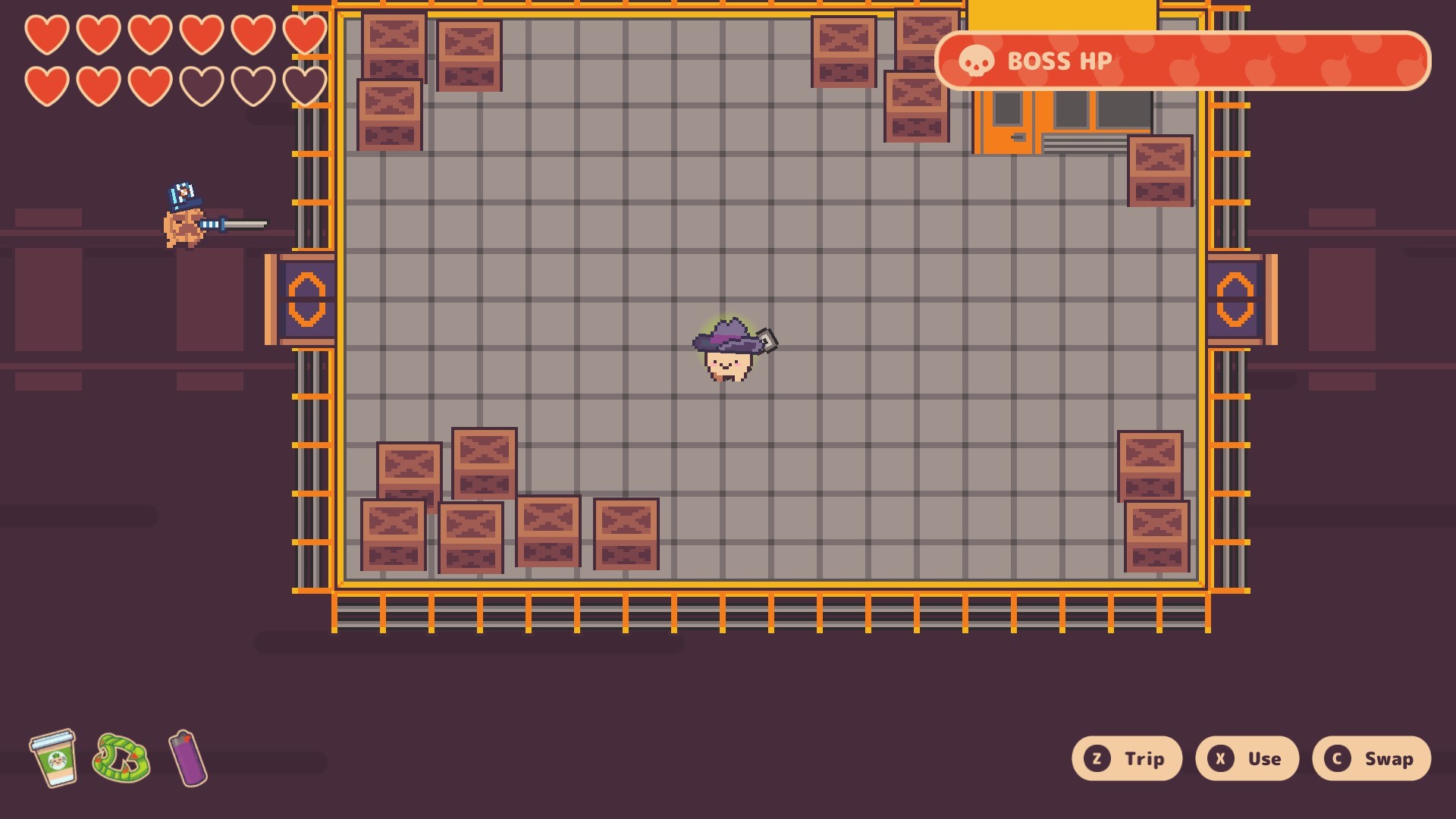 Strat is simple. Conductor will alwayz follow the same pattern


For the slice step the conductor will run towards and once close will stop to stab with sword. Simply bait the attack and strafe around to get a hit in of your own.


For starz conductor will will disapear and reappear in cloudz of smoke, throwing a single throwing star each time. Dodge the star and then get a hit in if you are close enough, but don’t get carried away.


For flightz conductor will leave the battlefield entirely and then shoot across three timez. Just keep moving up and down and you won’t get hit, especially if you grabbed coffee.


For this fight ( and pretty much every single other one) the lighter will make it stupid easy. Flamez continue to damage even after smoke teleportz.

Keep on going. After conductor fight you will reach this room. 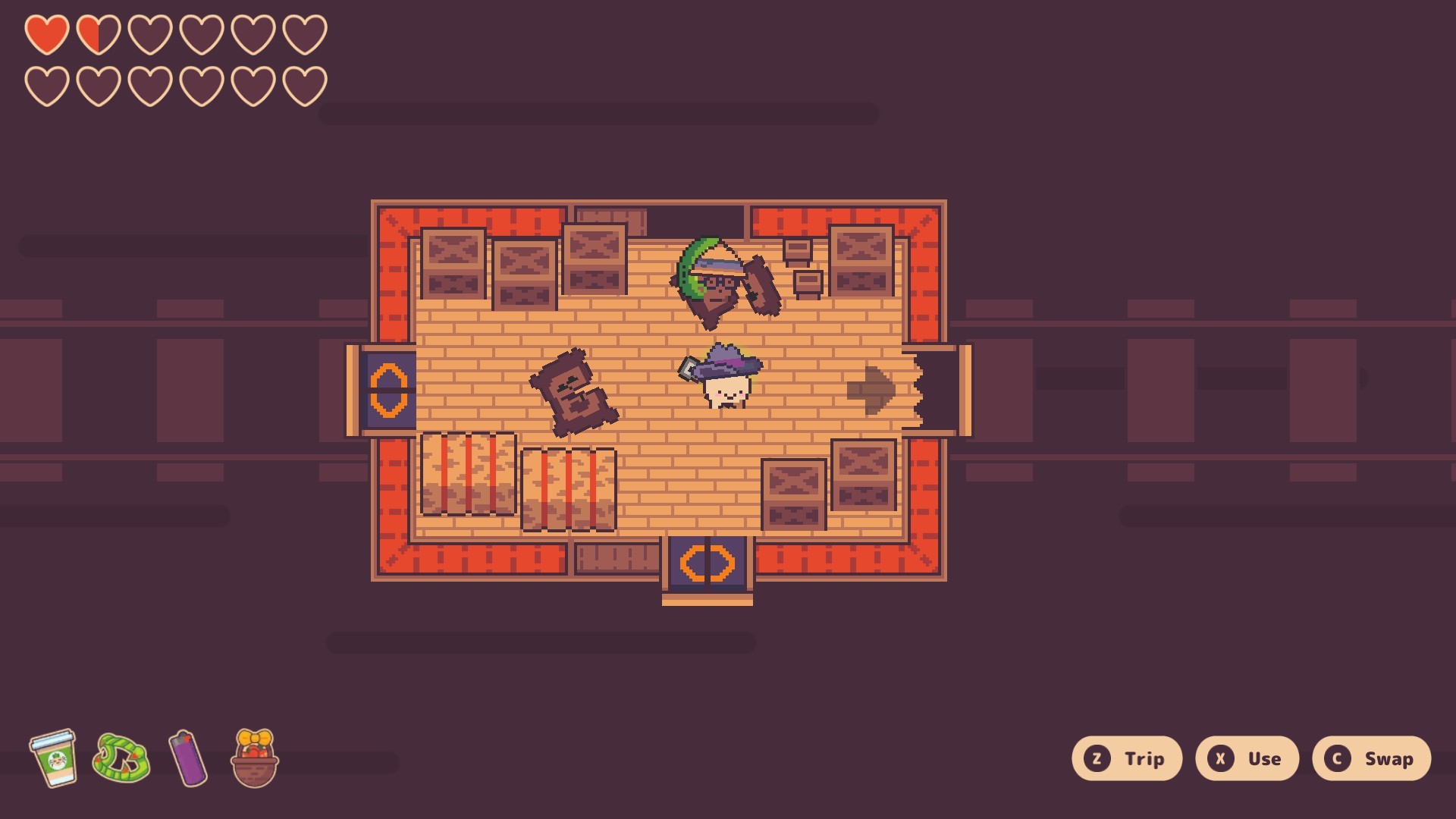 NPC will basically just say that enemiez are stronger now. Some enemiez will have new effect indicated by symbol above head. 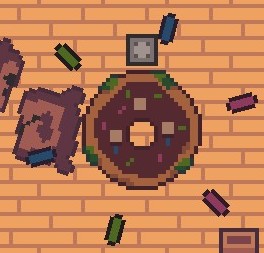 Four different effectz, one shown just makes enemiez more tanky. Other than poison though effectz really don’t do all that much to make it harder. Poison is a little purple bubble though. Don’t let those enemiez touch you. Anywayz cartz repeat after this point and you are going to fight the same bossez, same order. If you make it all around some enemiez will have two effectz. This will continue till you die. Enjoy. 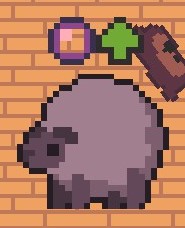 ??? showz up at random as far as I can tell. Fight is basically just two movez

-??? runs towards you and stabz with sword

To avoid sword do same strafing movement you used to avoid conductorz sword. For the trip just trip yourself but to the side so you avoid it. Another fight that will be easier if you’ll bring a lighter.

I hope you enjoy the Guide we share about Turnip Boy Commits Tax Evasion – Sunset Station New DLC + Achievements Guide; if you think we forget to add or we should add more information, please let us know via commenting below! See you soon!