You may want to avoid reading this guide until you reach the western gardens.

I’m being deliberately vague in the title and description of this guide because figuring out the mechanics is part of the game’s challenge and charm. Reading this guide will spoil a tiny bit of that, but hopefully not too much.

To run, keep holding down the dodge-roll button after the dodge completes.

Running costs no stamina beyond the stamina cost of the initial roll; you even start to regenerate stamina after a moment. But be warned that you’ll be knocked down if you take damage during the run. For this reason, it’s probably best to only run through areas you know to be safe, or to run away from enemies.

As long as your stamina bar is flashing red, you are still in the exhausted state even if you have non-zero stamina!


You need to wait until your stamina regenerates all the way back to full before you’ll leave the exhausted state (at least near the start of the game). Stamina regenerates slower when you have your shield up, and doesn’t regenerate at all while you’re attacking, though does regenerate (slowly) while running.


When exhausted, you take 50% more damage, your dodge rolls turn into hops that give you no invulnerability time, you are unable to block, and taking damage will knock you to the ground. Engaging enemies while in this state is extremely dangerous.

To perform a “special technique,” press both the dodge roll button and the sword attack button simultaneously while moving (obviously you need to find a sword first). Your timing needs to be precise. You’ll know you did it right if you perform a single sword thrust (nota sword swing) immediately after the roll. You’ll also get an achievement the first time you do this, though some people get the achievement by accident without realizing what’s happened. 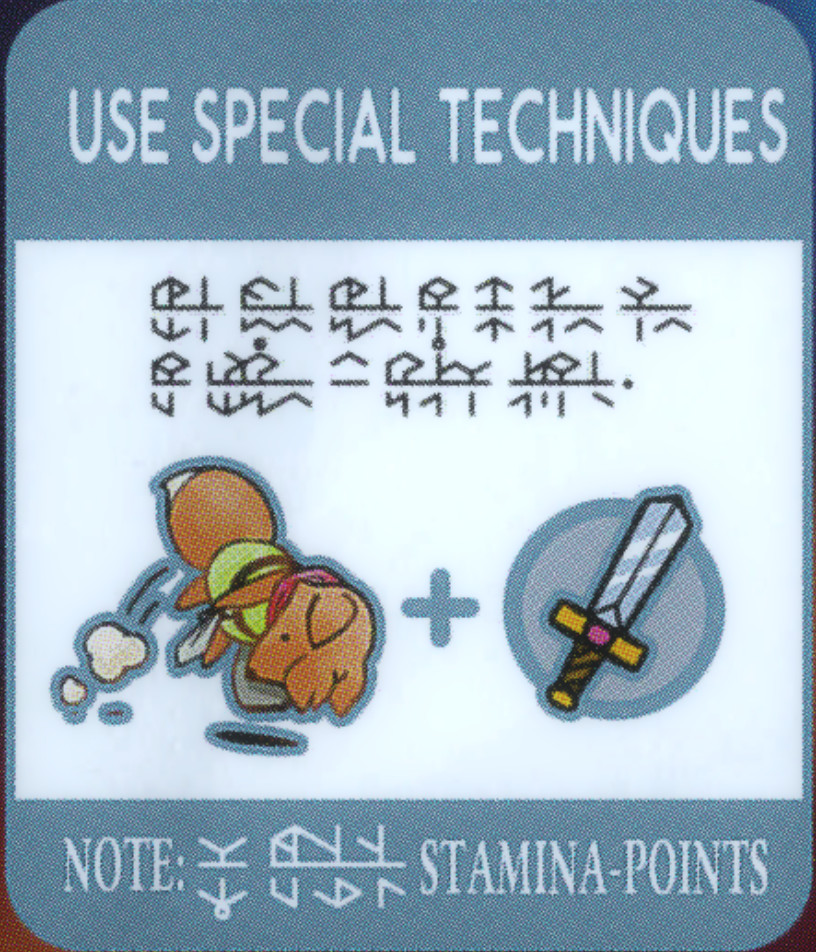 This attack comes out fast and deals higher damage, but unlike other attacks it costs stamina. It also has a fairly long recovery time. I still find it very useful for evasive enemies, or for getting in a quick, strong opening attack.

This ability is not mentioned in the manual.


When “locked-on” to an enemy, you can change which enemy you’re targeting by using the right thumbstick on controller, or by using arrow keys on keyboard.

If you strike an enemy you’re “locked-on” to, you should see a thin white bar start to fill in just underneath their health bar. If you keep attacking and cause this bar to fill up, the enemy will become staggered, which interrupts their attacks, stuns them for a few moments, and usually knocks them back. This system even works on bosses.


You don’t have to be “locked-on” to cause staggering: stagger is still tracked on enemies even if the white bar isn’t visible.


This can reward aggressive attacking. (Being hit by the enemy’s attacks is the potential punishment.)

This ability is mentioned only obliquely in the manual.


Tap the shield button once to perform a parry. (You need to have a shield first.) You’ll swing your shield outwards in a wide arc. This technique can be difficult to execute and difficult to time, but melee enemies that strike you will be stunned for a couple of seconds and take extra damage, while most ranged enemies will have their attacks reflected directly back at them. Even enemies with shields will be helpless.

Regarding Comments on this Guide

I’m leaving comments enabled on this guide for now. Try not to post additional mechanics/hints/secrets in the comments; this guide is designed to be a gentle nudge towards a few important mechanics that people sometimes miss, and I’d like to keep it that way.

This is all about TUNIC – Missable mechanics basic gameplay; I hope you enjoy reading the Guide! If you feel like we should add more information or we forget/mistake, please let us know via commenting below, and thanks! See you soon!