All classes are able to solo, but some are much easier to get your first clear with. Here are the classes I’d recommend, and why. I’ve attached pictures of how I build each character. All builds are assuming you’re building the lightning axe, so axe/lightning nodes are interchangeable if you decide to itemize differently. Any node with multiple numbers are usually based on your current progression. TLDR at the bottom!

Seer
Seer, is the strongest overall class in the game – hands down. He has one of the only skill trees that doesn’t pigeon-hole you into picking nodes you don’t need. On top of that his passive is insane, he has great damage nodes and is immune to weather conditions. What more can you ask for? 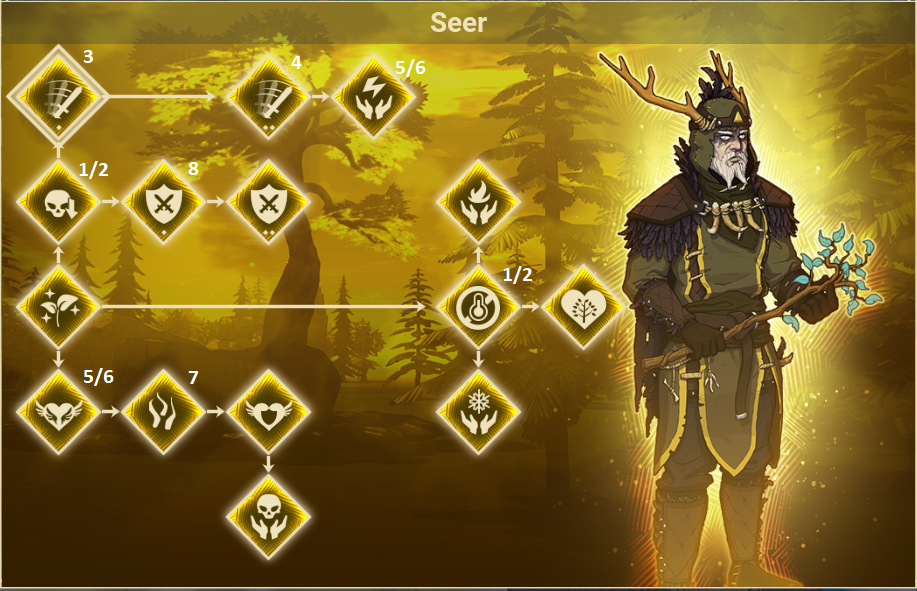 Ranger
Ranger is my personal favorite, but if you are going for your first clear I would suggest against Ranger. If you’re adamant about using a bow as your primary damage source then Ranger is the way to go, but I chose it purely for the movement speed. My build is based around playing Ranger as melee and speedrunning. 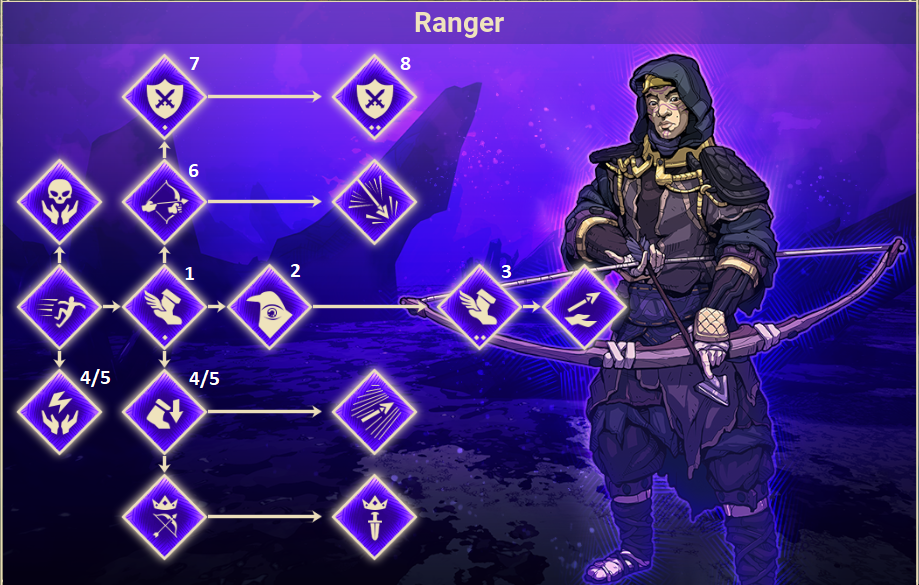 Warrior
Warrior has great early game damage, and is great for anyone wanting to use a melee/bow combo. His ability to build mana at range using a bow, then swap to melee to spend it is incredibly strong (especially while using a melee with a heal ability). As a Dark Souls vet I can’t praise the iframe dodge talent enough. It gives you the ability to play aggressive af. 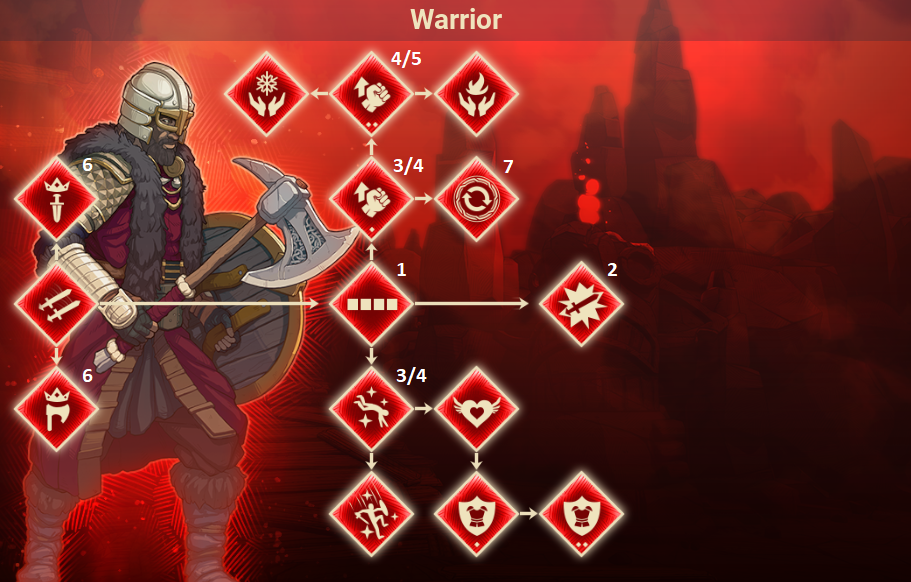 Hunter
Hunter is more of an honorable mention as her skill tree is far more tailored to team play. Her damage nodes are locked behind mediocre utility nodes, so she lacks early game damage. The one redeeming quality is her talent Foreshadow which allows you to see points of interest. It marks camps, shrines and (most importantly) the tunnel that leads to the Hideout. If you’re constantly having trouble finding bridge, Hideout or just generally being cucked by ♥♥♥♥♥♥ tiles she can be a refreshing option. 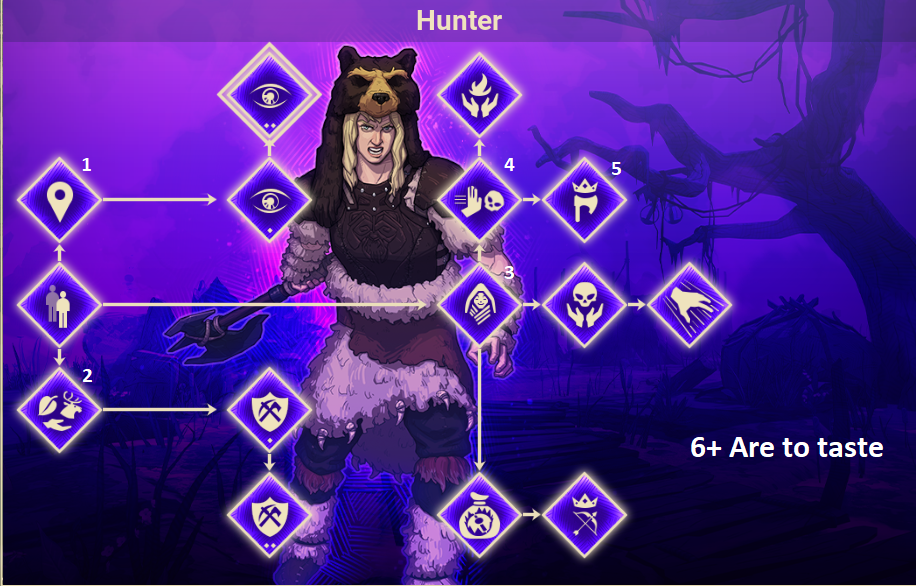 Berserker: I think that her passive takes too long to stack, especially since TTK is very short. The attack speed it gives is rivaled by that of Seer. Both her aoe explosion on full rage and axe node are both locked behind a fire damage node that [for my builds] is useless.

Warden: Warden has great utility, and was the first class I cleared solo on. Now that I have solo’ing down to a science, and am pushing for faster and faster clears I don’t think her utility is necessary. I originally used her for the waystone buffs and to nullify repairs.

Guardian/Sentinal: I’ve yet to try them because I’m not a shield cuck, and clear speed is too important for solo.

TLDR; Seer stonk, use for learning solo then branch out. Ranger for speedrunning.

Villager Starter Kit:This is definitely the go-to if you’re fresh to the game, just starting solo or are having trouble living through the early game. The time saved and survivability gained by starting with full armor and a weapon is nothing to scoff at.

Feral Starter Kit:If you are comfortable with the early game Feral is an amazing choice. It drastically increases clear speed, but at the cost of survivability. If starting Feral make sure to not take on any T3 Bright Forest camps until you have 80%+ hp and at least a T2 potion. If the witch decides to target you with her delayed bomb you’re very likely going to die.

Thoughts on Other Starters
Honestly most of them don’t make sense. Cold and Heat starters are for areas you shouldn’t be in until later, and at that point you should have the mats to make enough hot/cold pots to get you through the zones (Or just play Seer lol). The same logic applies to Explorer. You don’t need a map to see where Hideout is when you won’t be doing it until right before Fenrir, and at that point you can just buy the map from the swamp Sorcerer.

Weapons
Villager Starter: I always upgrade into Hersir sword as it can upgrade all the way to T2. The rightclick is great for picking off range mobs, and at T2 the whirlwind ability is great for clearing packs or bursting larger targets.

Feral Starter: I will usually follow suit with my Villager start by rushing T2 Hersir, but upgrading your mace is a great option as well – I’m just a creature of habit.

Note:If you find a swamp biome early, and are able to kill 2-3 hydras for the mats for a base lightning axe skip Hersir.

End Goal
Lightning Axe. It’s hands down the strongest overall weapon in the game. The right click does more damage than any legendary, it’s 2nd ability heals for 100 per tick at rare quality, and 200 per tick at epic and has a mini stun. Rushing the rare version is paramount as you’ll use far fewer pots and your mana pots now double has healing pots.

Armor
Upgrading armor is a tricky subject as the time invested is not always worth the marginal survivability increase. Obviously if you are having alot of trouble surviving than armor upgrades will certainly help.

Having that said when I do upgrade armor I always skip a tier. If you’re starting Villager, or Feral then making T0 armor, I would suggest skipping from T0 to T2 (blue). If you are starting Feral you can experiment with different amounts of armor, so that you retain some of Nothing to Hide’s damage boost. Experiment and see what works for you. Chest and Legs offer the most armor per piece, so if you’re starting nak*d those should be your 1st two upgrades. In my speed runs I start feral, and the only time I wear armor is for clearing Hideout, which is usually T2 (blue) chest and legs.

Runes
This is more of a tier list than anything as they’re acquisition is completely random. If a rune isn’t mentioned assume I think it’s not worth using/keeping.

Offensive Runes:
Nothing to Hide: If you start Feral and get a 2nd Nothing to Hide you will kill most mobs in 1-2 hits.
Seidr Weaver: Insane. Use everyone you see.
Pumped Up: Good, but mana abilities are very good for burst/healing. It’s value is lowered because of that.
Far-Fetched: Good for bows, but low overall value.
Soul Powered: You want to be spending your souls on mats, maps and upgrading town NPCs, so its value is greatly reduced.

All Epic runes are good aside from Viking Hoarder. Ragnarage is like running Feral; high risk high reward. I’d suggest not using Soul Mate as you’re the only target, and in packs you’ll be net neutral most of the time.

Defensive/Utility Runes
Like a Dwarf: Extra armor when traversing the most dangerous areas (Hideout/Tunnel) is great.
Lucky Loot:Good for getting mats, but relatively low value.
Blessed Hands: Good XP boost, but XP in solo shouldn’t be an issue if you’re being efficient.
Nott for Speed: It only has alot of value in the later days (8+), but ideally you want to clear before its value comes to fruition.

I first want to go over the mindset you should have going into a run. Map RNG is a huge factor, and having a game-plan that is realistic is very important. Let go of the idea of “if I don’t have this piece of gear by X day the run is botched”. The same applies for not finding hideout/bridge early. If you have a large portion of the map uncovered than you’re not far off.
Your priorities are objectives, not gear. Returning to base for the sole purpose of upgrading your green weapon/armor to blue is a waste of time as you will be returning to dump souls near the end of the current day (ideally). There is a small exception and that is your lightning axe, though no progress should be lost getting it. It can wait until you find the next shrine.
Lastly, treat the base like it’s floor is lava – you don’t want to be there, and when you are you want to get out as soon as possible.

Day 4
Invasion: Ignore if Ygg seed is around 6k souls and all NPCs are at least level 3 with 1/2 at 4.
Event(s): Blood Moon Invasion
NPC Level(s): Weaponsmith at 4. Everyone else at 3+.
Note: If you decide to defend make sure to not stay the entire night. 2 Explody bois and 1 Elite will spawn (2 can spawn, but its very uncommon). If anything kill the Elite and leave. 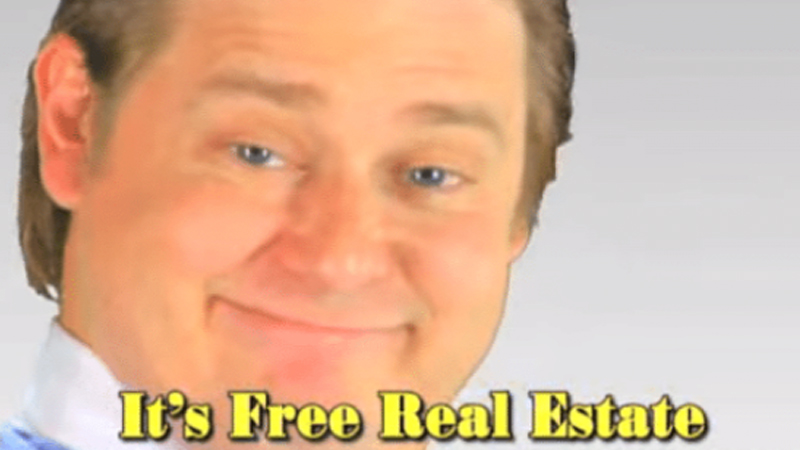 Seriously tho, it’s totally free.
Event: Jotunn (Spawns at the end of the day), Prisoner Event spawn
If you aren’t boss ready Day 5 is the day to assess where you are and what you need to do. Haven’t found the bridge? Need to find and do hideout? This is the day for it.

Logic Behind Ignoring Invasion
The souls, levels, map knowledge and gear progression you gain during these early days far outweigh the amount you lose by not defending. The nights are very, very short D1-D4. Your vendors, assuming they are leveled, don’t die quickly and at most you’ll lose ~1000 souls in a night

This is where things start to get hairy as days are shorter, and defending becomes ever more important. Using my strategy you are not set up with the supplies to build defenses quickly. If you are very behind around day 3/4 you will want to consider building a lumber mill – some foresight is required, and that comes with experience. If bridge is not built prior to Day 6 the supplies needed will now start being leeched by defensive structures. More material gathering during day cycles will likely be required. Building bridge and finishing your fragments is paramount

Day 6
Invasion: Ignore if you have 4+ archer towers (2 at Blacksmith Entrance). Defend for some of the night if not.
Event: None
Build(s): Archer Towers (4+)

Due to scaling Fenrir post D9 is pretty rough. You have very little time to do it, and defending becomes increasingly difficult. The next non-invasion day is Day 13, and after that it’s eternal night.

There are 3 permutations of Underpass, but one is especially deadly if done undergeared. Right as you enter you’ll drop off a small ledge and then there will be a wooden bridge going upwards. There is an elite werewolf on the platform ahead. If you hit the middle bomb (he will hit it with jump if not) and then stand on the edge he will fall off when he opens with his pounce ability.
Here is a gif showing it in action: https://gyazo.com/6db73a2eb18b30273c2280e6e286c964

There are multiple rooms in Hideout that can get dicey, though mostly just the ones with the T2 Archers and/or T2 Fire Sword Humanoids. Their explosive arrows can hit up to 2700, as can getting hit by both fire tornados from the Fire Sword heavy. Bringing a bow and/or mana pots for axe throws is advised. As far as I’ve there are 3 tiles that contain them, but I will adjust this if that’s false.

This is one of the tiles. 2 of them spawn on the far side of the ramp leading to the chest. You can use the bombs in the room to blow up one, though youll have to either rush or range down the second. 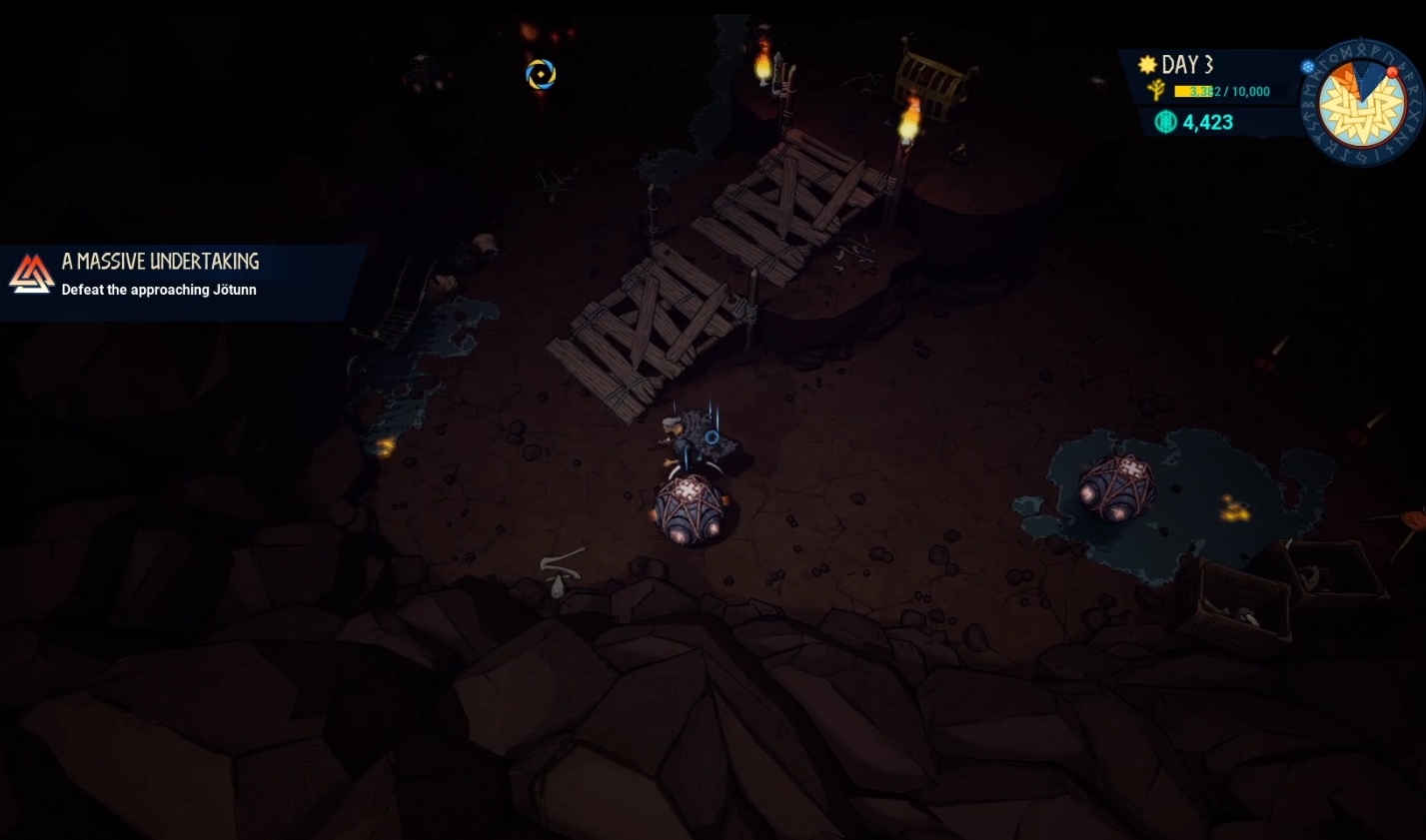 If there are certain rooms that weren’t covered, but merit coverage let me know. I’ll add a section on them in the guide!

Written by The Great Game

I hope you enjoy the Guide we share about Tribes of Midgard – Gameplay Tips for Solo Player in Game; if you think we forget to add or we should add more information, please let us know via commenting below! See you soon!