These buffs work for both Traitors and Townies. As long as you complete the quest associated with it you’ll receive whatever buff is listed, even it wouldn’t work too effectively on your role, i.e. any one-use ability users taking the cooldown decrease.

EXTRA TOWN BELL USE! You know a trick to use the bell an extra time.

Grants an extra use of the bell, allowing you to ring it more than once.


Location: Top right of the map, he always stands in the same spot, but it’s only a chance he’ll have this quest. You can see if he does by looking through the observatory’s right-pointing spyglass. 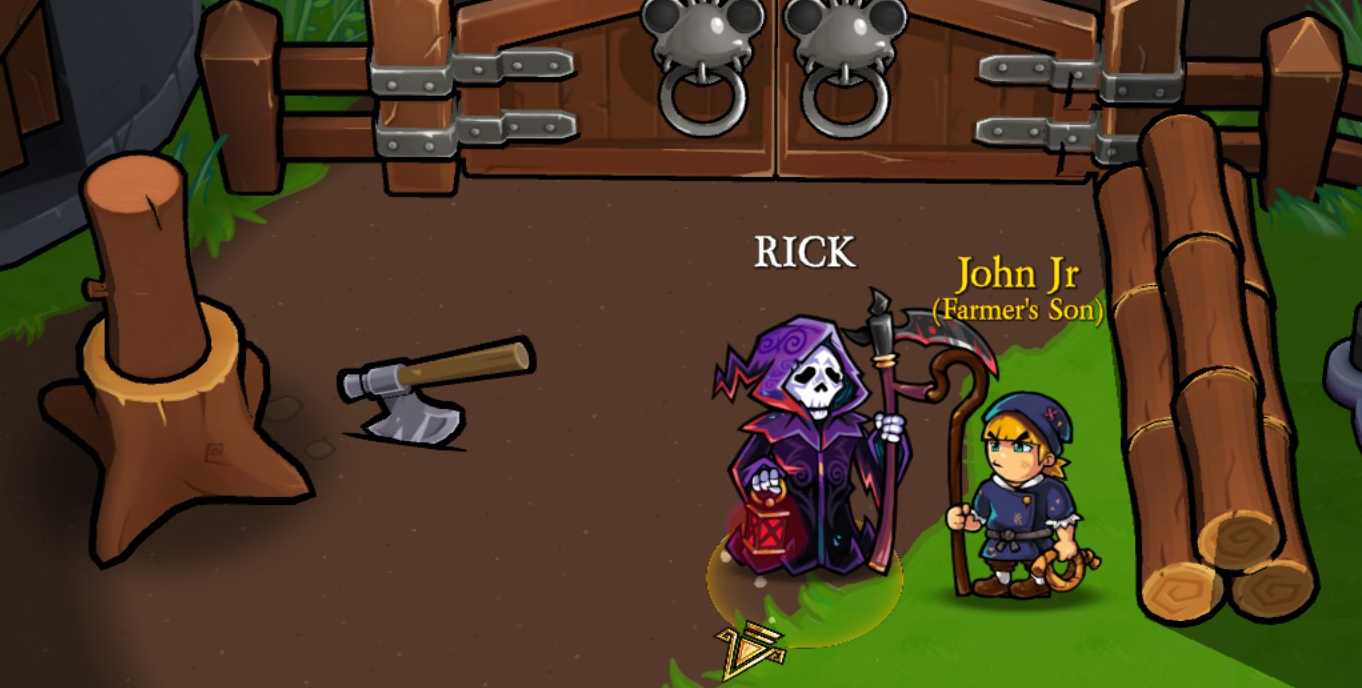 Quest: Catch Loose Animals. Round up all three of his loose sheep in this order:

Yellow, Red, then Green. You cannot retrieve them out of order. They will roam around a bit, so just trust the arrow you’re following.


The Yellow sheep spawns & roams in the upper right section of the map, from the upper right mansion bridge between John Jr’s area, and the mansion itself, moving around inside it.

The Red sheep spawns & roams in the middle of town.

The Green sheep spawns & roams in the cave, including the connecting underground caves area between the caves and the mansion.


This could take a round or two to complete, just make sure you mark the quest so you don’t have to do more than just follow the arrows around. A good route to follow is John Jr -> Mansion to Yellow -> Underground Caves to Caves & Red -> Town Square to Green.

You feel like you recover more quickly after using an ability.


Works on all abilities, lowering their cooldowns.


Location: She appears only after N1 starts, usually found in the bottom right section of the map.

Quest: Unlock Safe in Mansion. Lockpick the safe on the upper middle right side of the mansion. It’s a Skyrim-esque lockpicking minigame. Unlock the safe and she will appear beside you, bestowing a cooldown buff to all of your active abilities.

SPEED BOOST! You feel like you can move faster than before.


Grants an increase to your movement speed.


Location: He roams around the upper left to the middle bottom portions of the map for the most part. His location isn’t constant, but Puck’s Flute is found above the farm during his quest. 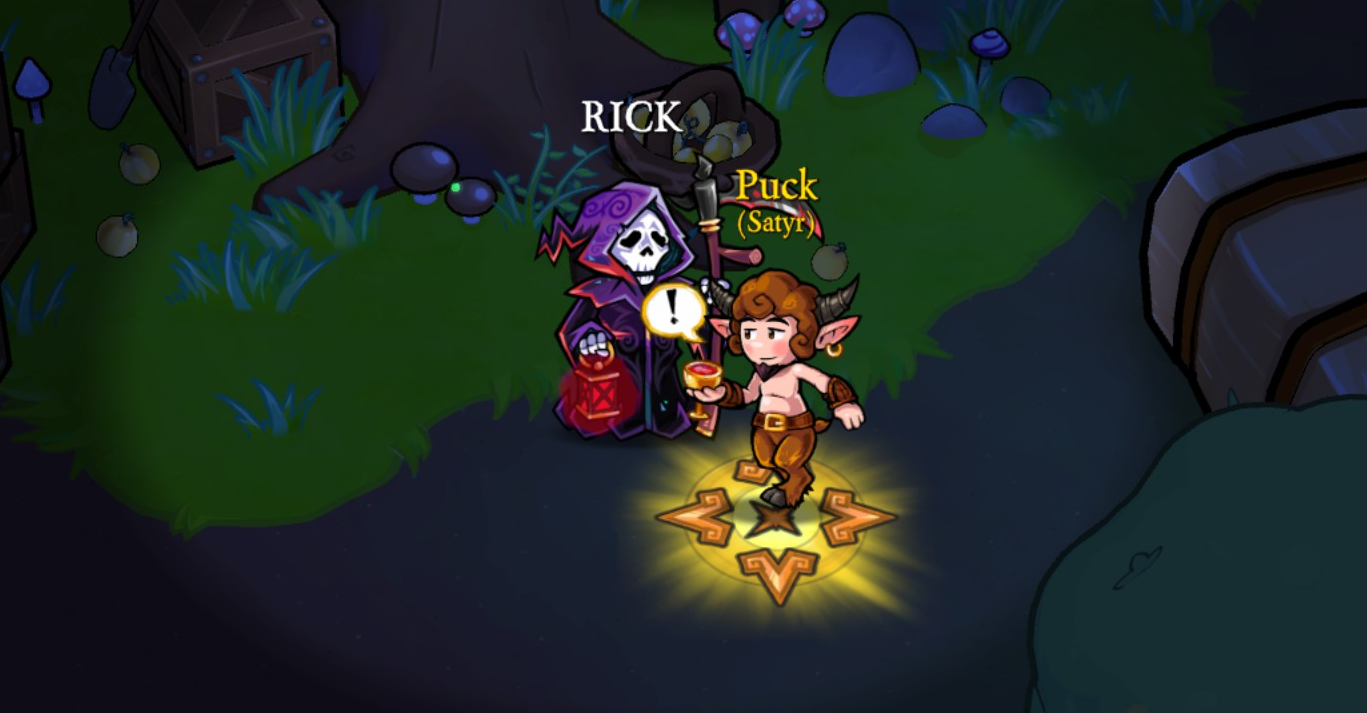 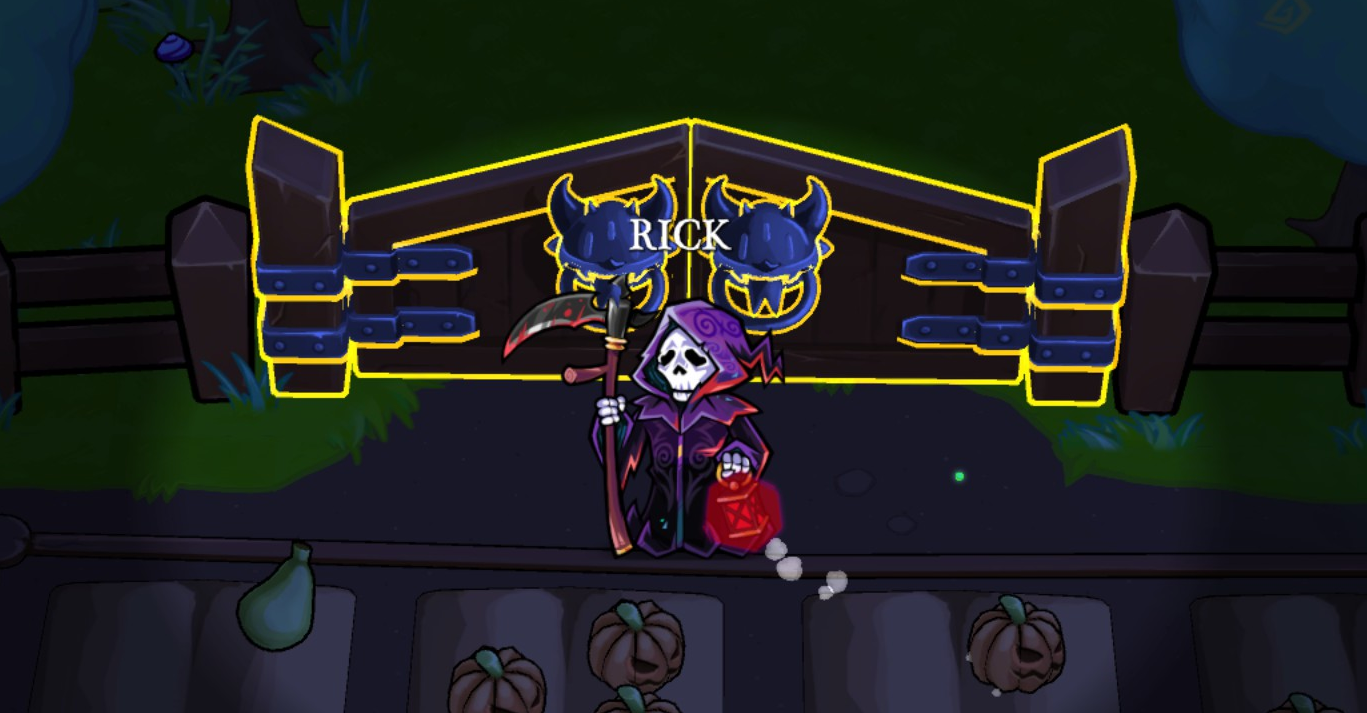 Quest: Retrieve Pan’s Flute: Head over to the grove and enter the gate. It’s red light green light! You have 15 seconds, go while go is green, and stop while the demon dog is waking up. 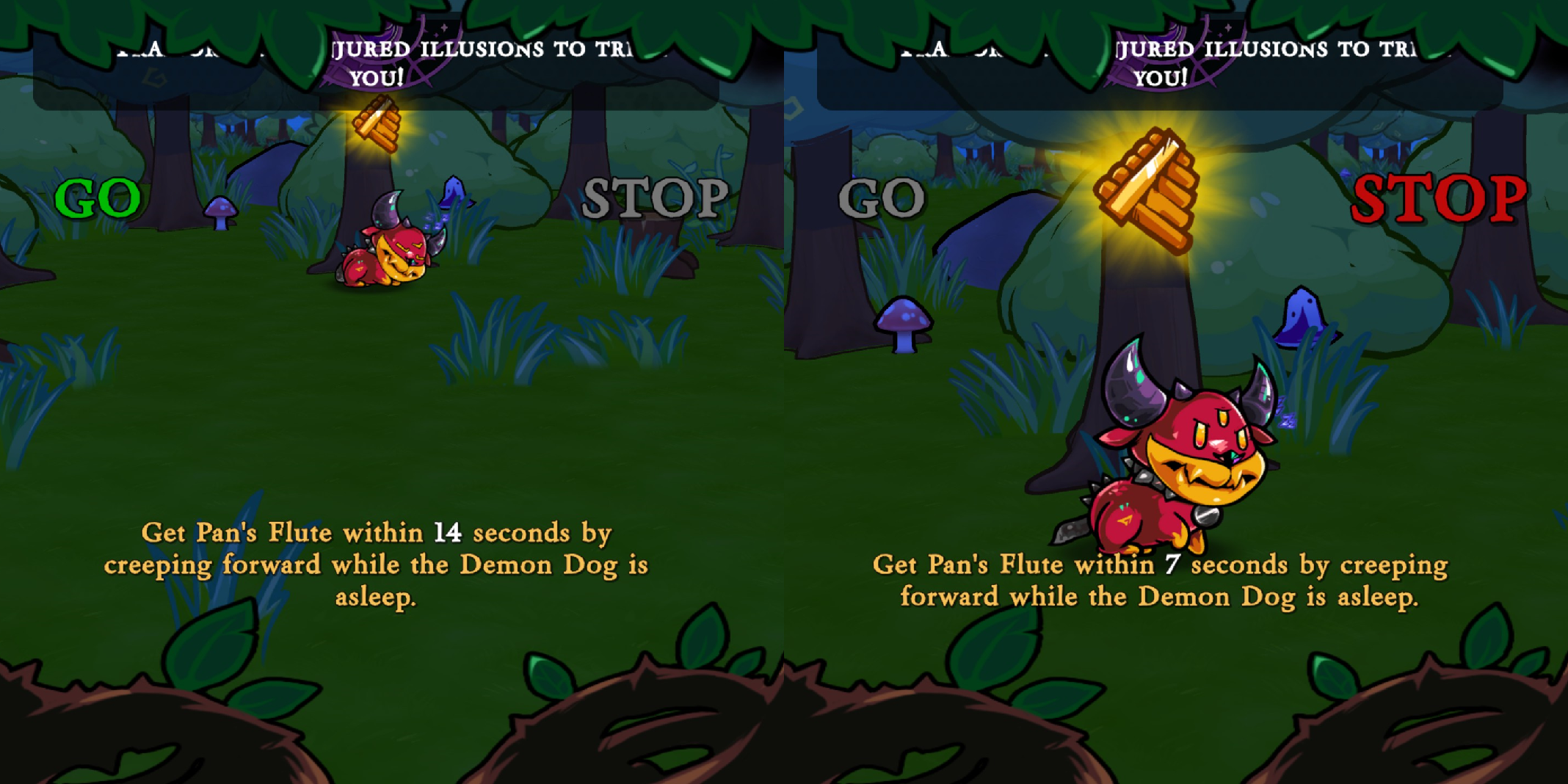 You feel invincible! You will survive the next attempt to kill you, unless you’re hanged.


Location: Shooting Range. Sometimes walks around the hedge maze, but will stand in front of the shooting gallery while the quest is available. The shooting gallery takes accuracy into account! Make sure to hit bullseyes, they’re worth more.

Quest: Shoot 20 or so targets in the shooting range adjacent from her, granting the shield upon completion by turning in the finished quest.

VISION BOOST! You feel like you can see farther than before.


Permanently increases your view radius. This boost is multiplicative, so it stacks with things like Wildling & Lookout abilities.


Location: Top right of the map, he always stands in the same spot, but it’s only a chance he’ll have this quest. You can see if he does by looking through the observatory’s right-pointing spyglass. 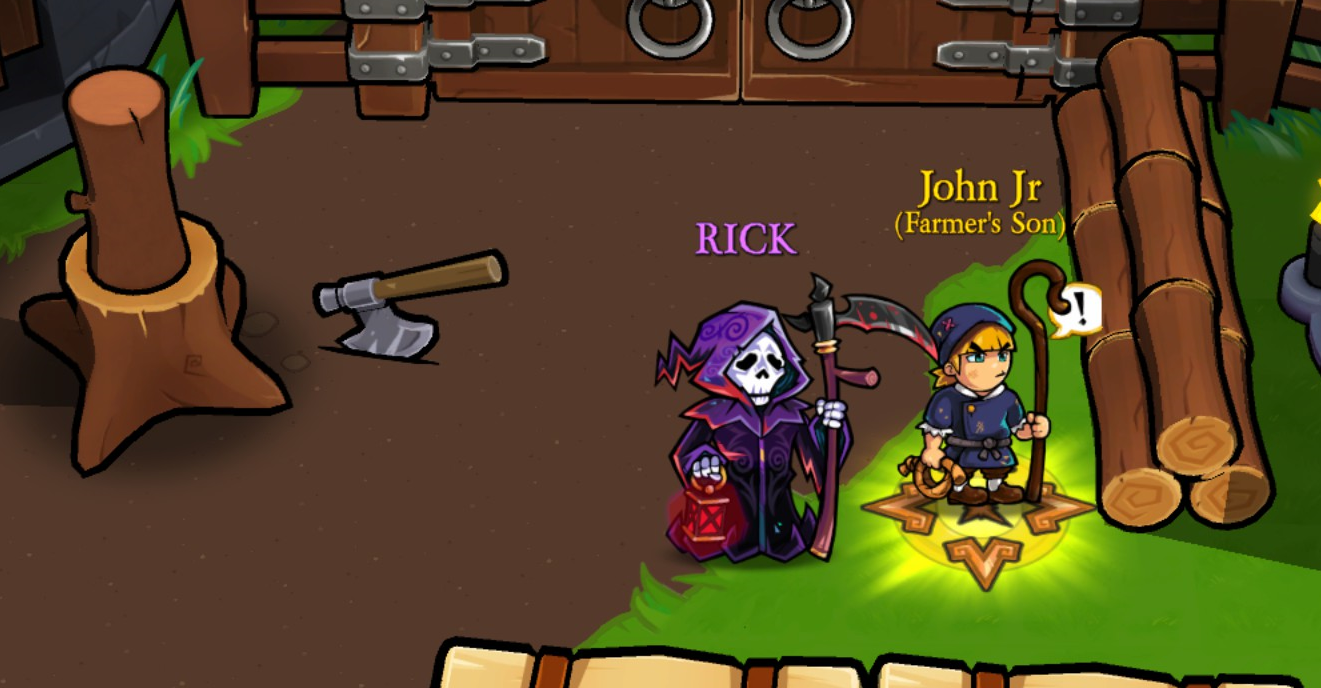 Quest: Retrieve John Jr’s Frog. It’s Frogger! Enter the gate above him and retrieve his frog, return it to John and you’ll receive a boost to your vision. 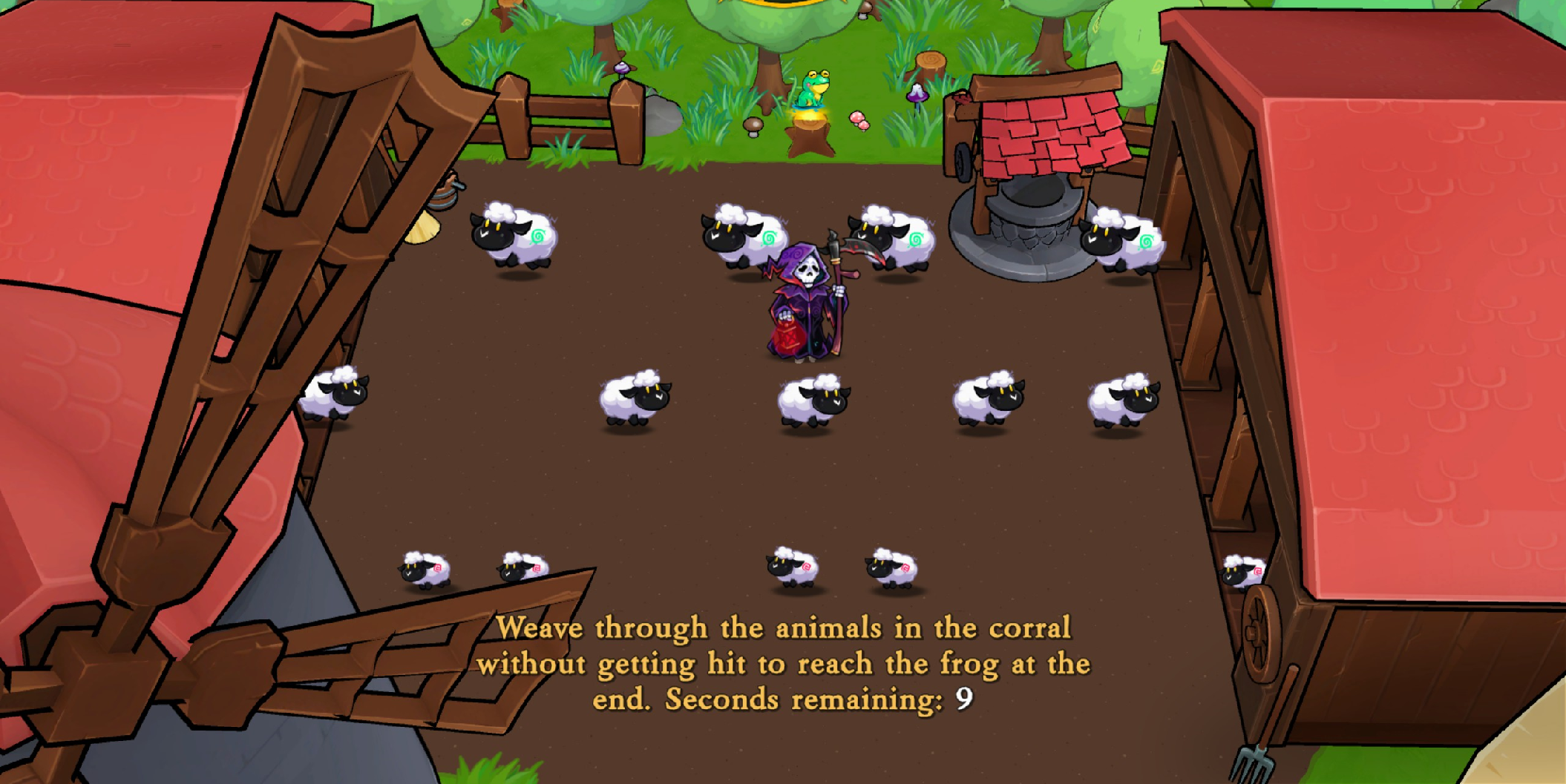 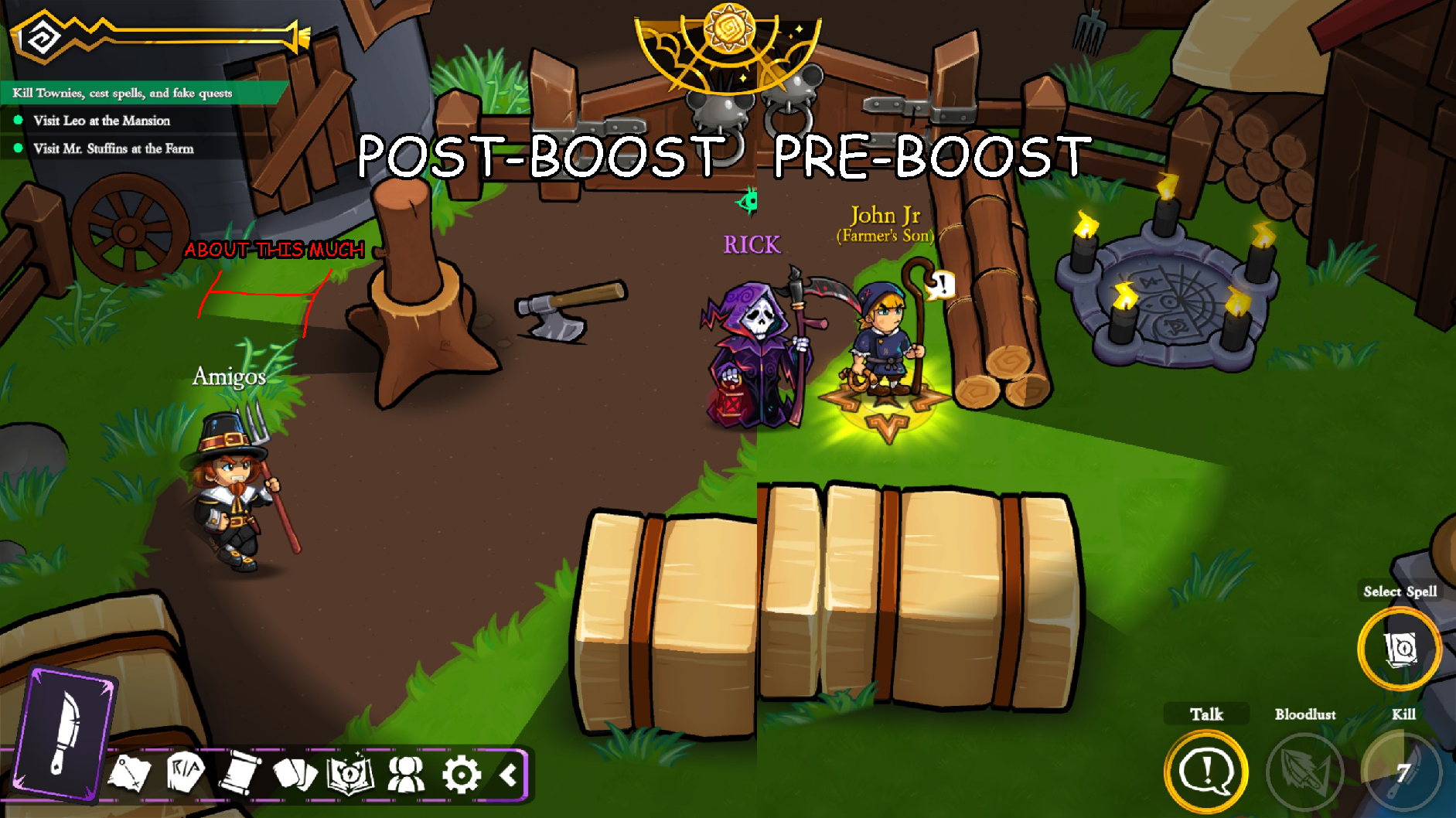 This is all about Traitors in Salem – Buffs & Boons Quest Guide; I hope you enjoy reading the Guide! If you feel like we should add more information or we forget/mistake, please let us know via commenting below, and thanks! See you soon!