In completion of Cathay’s & Tzeentch’s campaigns, I’ve come across a few problems and some of which I’ve found solutions.

This guide will attempt to solve as many issues as I can find solutions for. Some problems and fixes are found and verified by myself, whereas some others are found from forums listed below.

This guide will act as a source of information for detailing problems and solutions allowing players to become aware of any potential issues beforehand, and maybe even give some ideas to budding modders. This also helps to give me some ideas for mods I want to make once the Steam Workshop is available.


Please know, I am not releasing this guide with any intention of disrespecting CA’s work, this is exclusively for helping other players with any issues.


Please comment below any existing problems you have, and detail how, what and why.


This guide is designed around Steam’s version of WH3 and not games pass, however may still help.


Reason for This Guide

I am just a player trying to help other players, if your fix isn’t solved in this guide then the chances are that I won’t be able to help you. However, please do comment down below and hopefully someone else can help you solve the problem and we can add it to the guide to help everyone else. Thanks.


I would highly recommend browsing


I will try to add as many problems and solutions as I can in my free time, if there any problems with what I’ve included feel free to PM me or post below.

Factions Lords inside a Chaos Realm after the timer

Chaos Realms have a set duration from which you can enter and complete for a Chaos Soul. If a lord completes a soul before any other factions, it will remove any other competing lords as only one of each soul can be claimed per Ursus call.

The AI’s legendary lords are sometimes not removed from the Realm after completion. From my experience, the lords are stuck and cannot progress, even after a new Ursus call occurs. This essentially means that the faction essentially loses access to it’s Legendary Lord.


Ku’gath remains inside a Slaanesh’s Realm despite there no longer being a timer. All chaos rifts are closed, and doesn’t move again even with a new Ursus call.

The AI Cheating in Tzeentch’s Realm

It’s no secret that the AI severely cheats no matter the difficulty setting, however one really annoying instance of this is when they perfectly complete Tzeentch’s maze by getting the right portal’s every time.

My workaround for this is to enter Tzeentch’s realm first, make a save game and then progress, resetting any time the AI steamrolls it. Yes, this is save scumming, but when the AI literally win’s a soul 99% of the time because they knew the right moves, it’s more about a game problem than save scumming.

This section references CA’s official notes, as well as information from myself and others on various forums. As listed previously, here are the links to said forums.

Alt-Tabs Cause CTD in Fullscreen

When alt-tabbing in Fullscreen mode the game will crash to desktop.

RTX 20 and 30 series, despite being more powerful than most GTX cards are severely under performing.


Fixes: Ensure you’re running Dx11 and NOT Dx12, otherwise no other fixes currently.

Each component of preferences is self-explanatory, and if not, it has a descriptor next to it.

Typical fixes for quite a few problems

For quite a lot of performance or crash related issues, although tedious, I’d highly recommend freshly re-installing or at least verifying game data. Several discussions on Steam & Reddit have been solved simply by doing this such as black screens and 1fps caps.

The FPS Impact of Each Graphical Setting

There is a brilliant Steam Thread detailing each setting’s impact on performance found here – [steamcommunity.com]  so I won’t go into it myself.

The Oracles of Tzeentch – Kairos Fateweaver

The Great Cathay – Miao Ying of the Northern Provinces

During my playthrough of Tzeentch, I expanded rapidly towards Cathay. When it got to the post Be-Lakor stage of the game, Kurgan Warbands (which are a part of Cathay’s defence mechanic) were spawning indefinitely. Cathay has a mechanic which allows the player to monitor & moderate the frequency of Chaos army spawns on the other side of the Bastion walls. However, as any other faction, when eliminating Cathay, it may cause Chaos armies to spawn indefinitely.

I abandoned my campaign-completed Tzeentch playthrough because of this as it gets tedious having to deal with 6 fresh armies every few turns with no way of stopping their spawn. 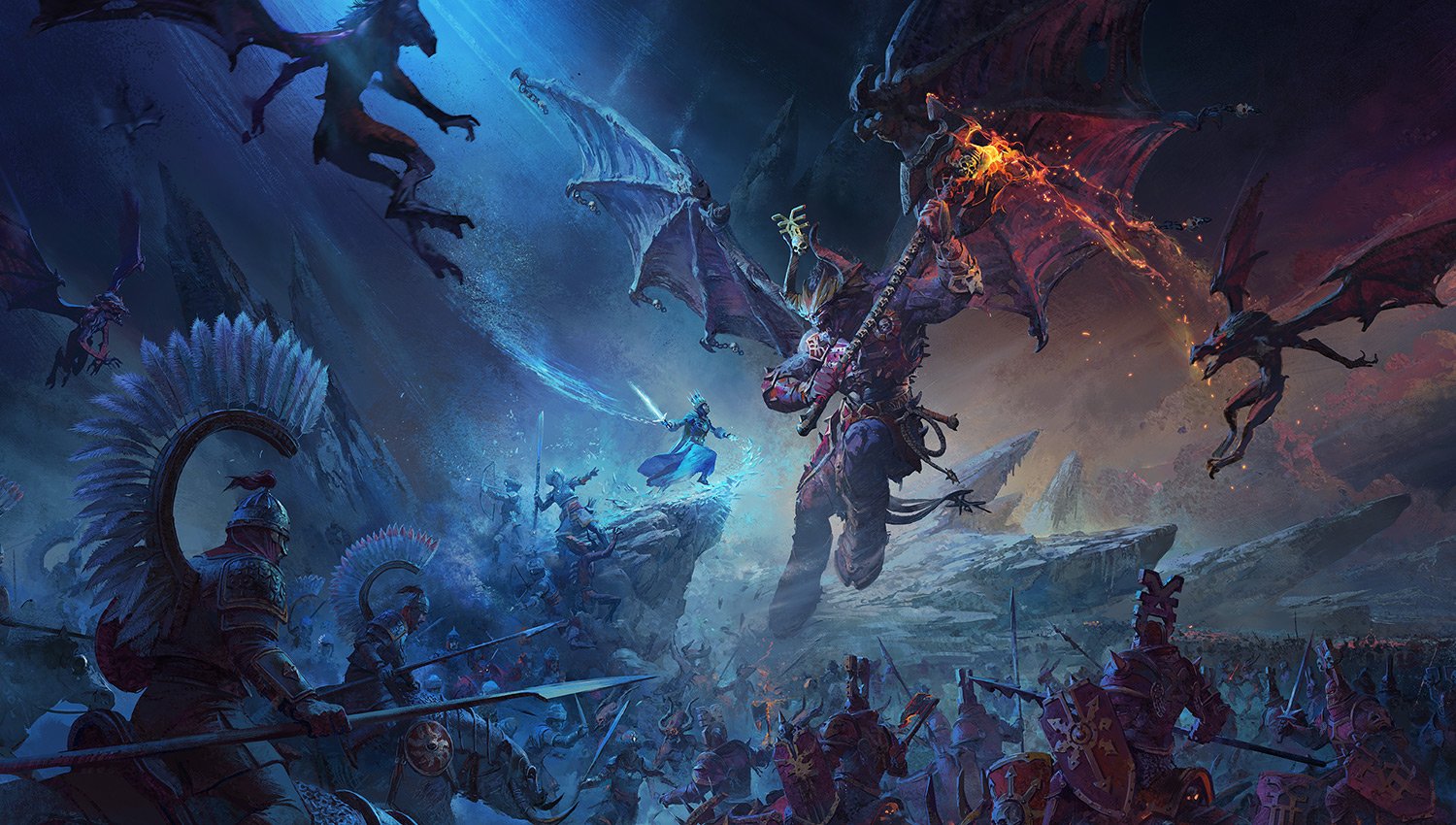 Hope you enjoy the Guide about Total War: WARHAMMER III – Problems & Solutions: The Compendium, if you think we should add extra information or forget something, please let us know via comment below, and we will do our best to fix or update as soon as possible!