Replace the Remake’s soundtrack with the original one. 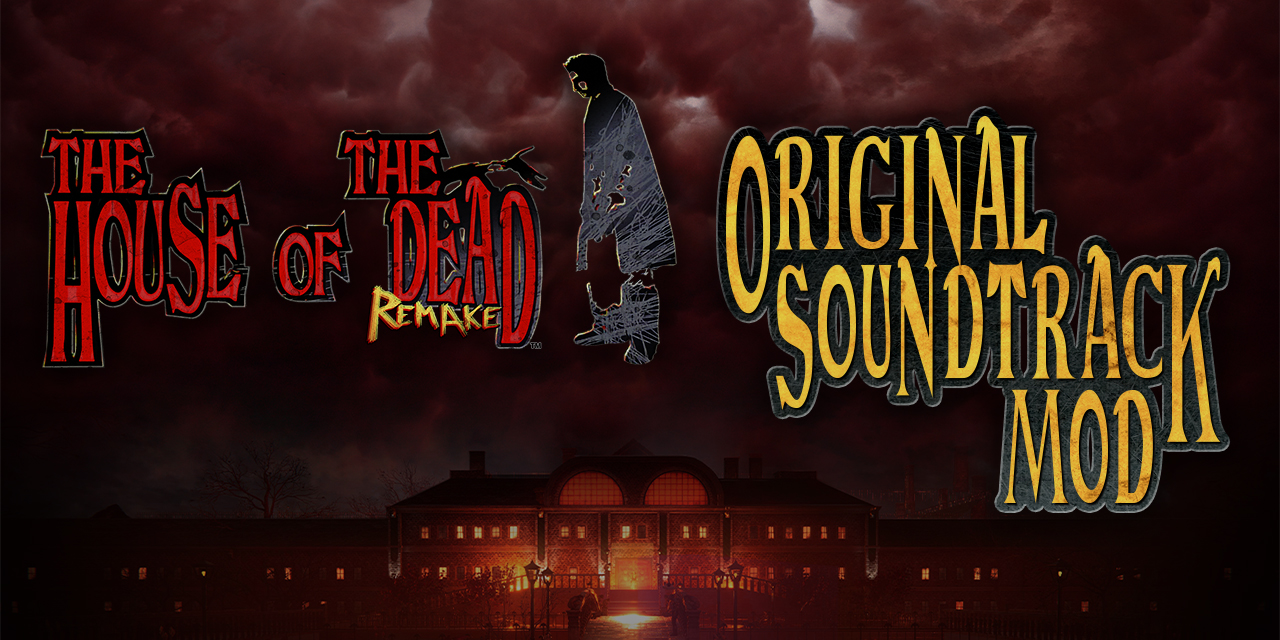 This is a script that helps with replacing the Remake’s soundtrack with the original one.


To modify the game’s files, you’ll need the following:

he script renames the original soundtrack files and copies them into their respective folders.


It also attempts to convert your audio files into “.wav” files, and adds an additional “empty.wav” file in an attempt to fix a bug where Fmod Bank Tools would corrupt the last audio file on each “.bank”.

Fmod Bank Tools is used to extract the Remake’s “.bank” files and then to rebuild them with the modified soundtrack.


If you get the error “FSBExtract.dll DLL Not Found” when trying to run the tool, you must download and install Microsoft Visual C++ 2017 Redistributable x86 – [microsoft.com] .

You must provide your copy of the original soundtrack, either from the Saturn version or PC version.

1. Download and extract the Fmod Bank Tools to anywhere you want.[/h1]


2. Download and extract the contents of the hotdr-ost-mod-v1.1.0.zip file into the Fmod Bank Tools folder. 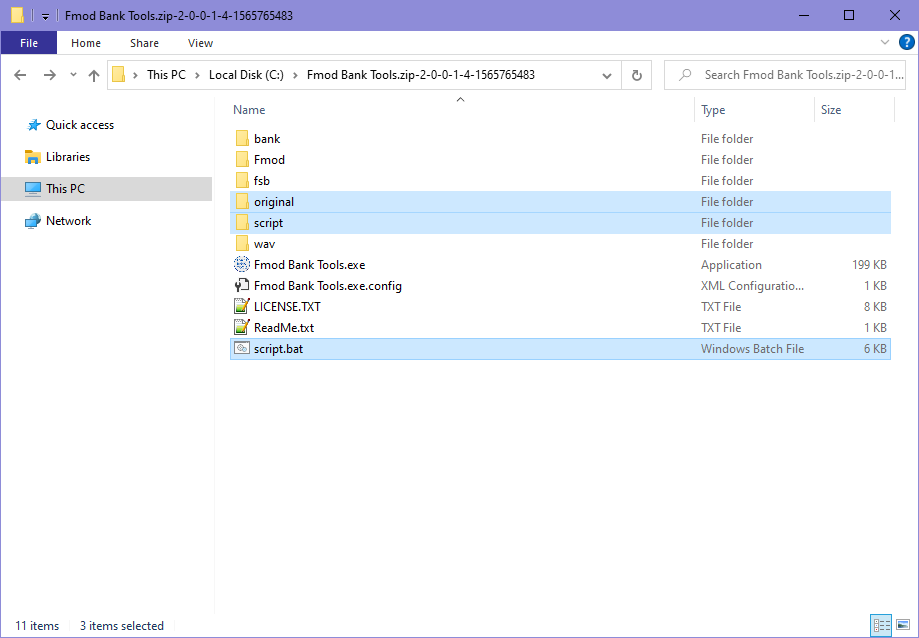 3. Copy your original soundtrack files into the “original” folder. 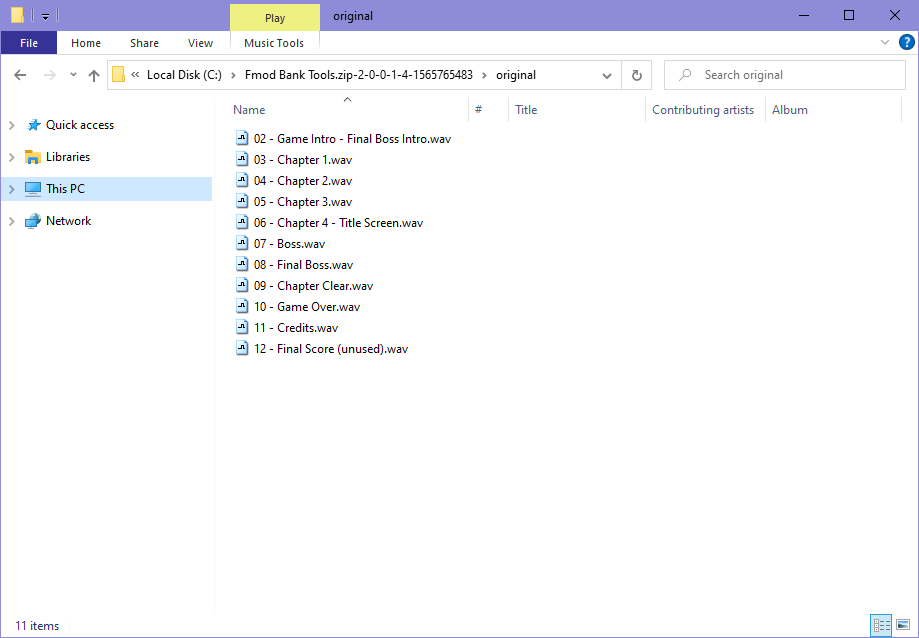 The soundtrack doesn’t need to be named exactly as in this screenshot.

As long as their filenames contain the numbers “02” to “12” and are correctly ordered without any duplicates, the script will detect them.


If your soundtrack files aren’t in “.wav” format, the script will use ffmpeg to try and convert them.

Make sure they are audio files, this script was only tested with MP3, FLAC and OGG files.


Note: To my knowledge, there is no version of Track 12 in the Remake.


4. Go into the Remake’s “StreamingAssets” folder and copy the following “.bank” files into the Fmod Bank Tools “bank” folder:


DO NOT COPY THE FILE “Master.strings.bank”! It’s not necessary and it will break. 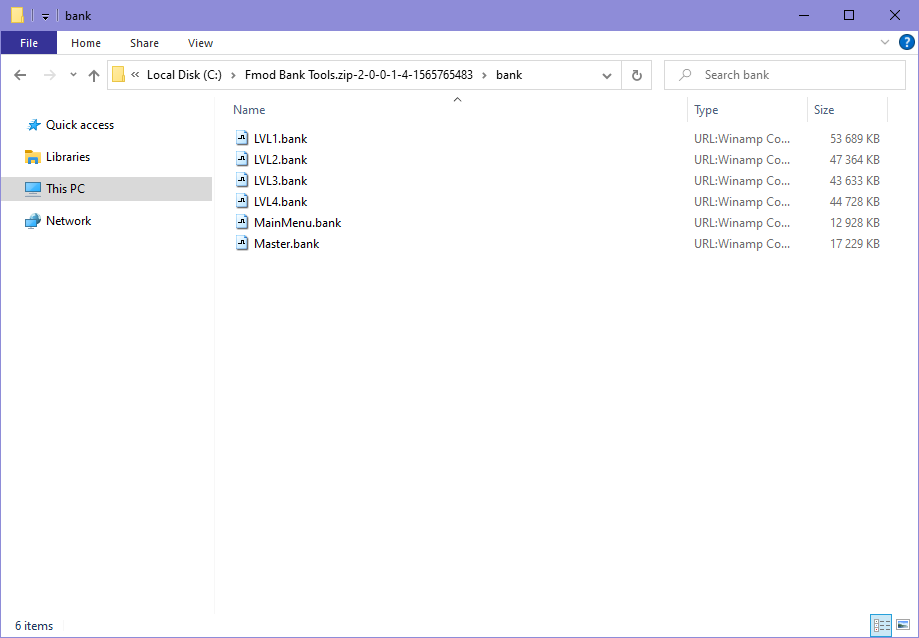 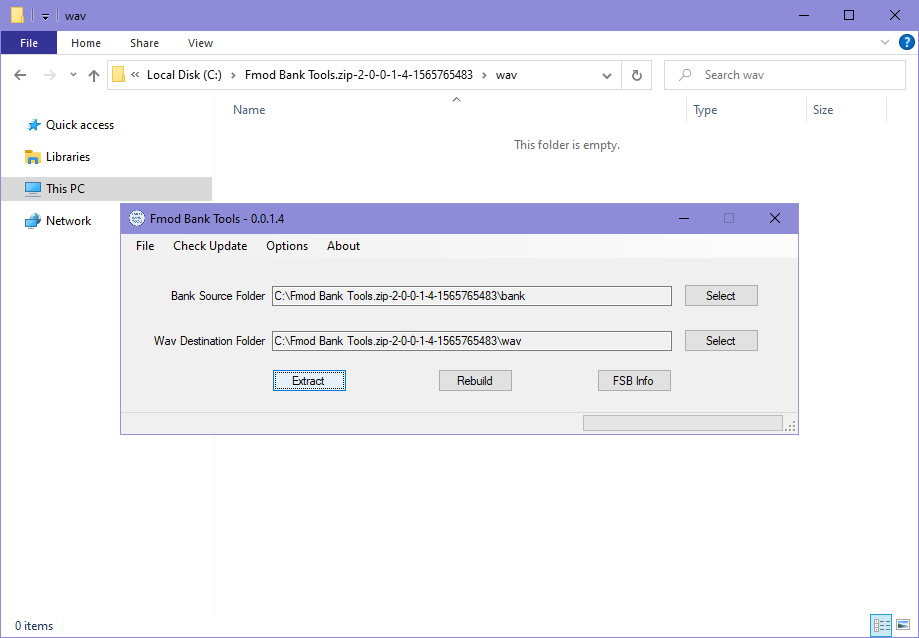 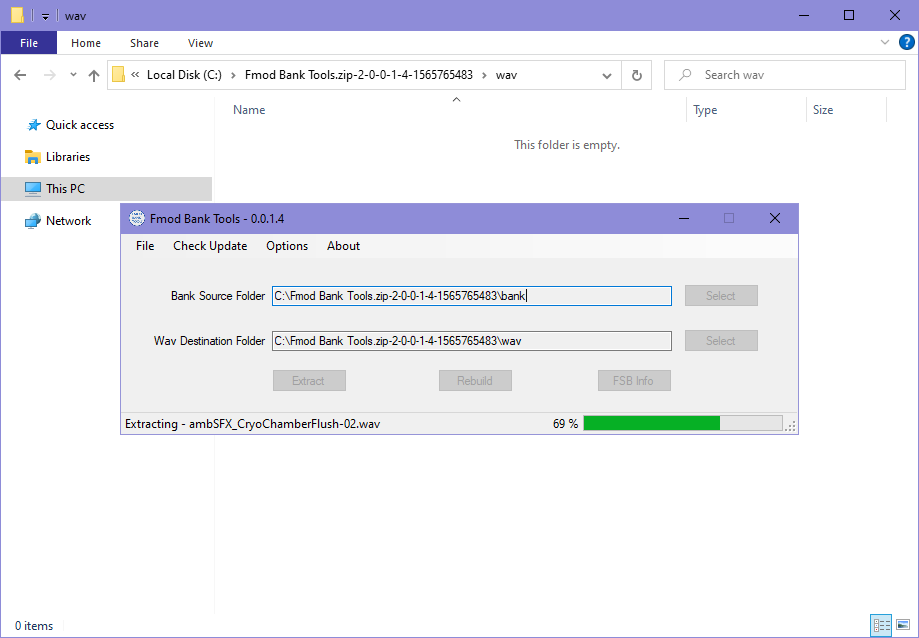 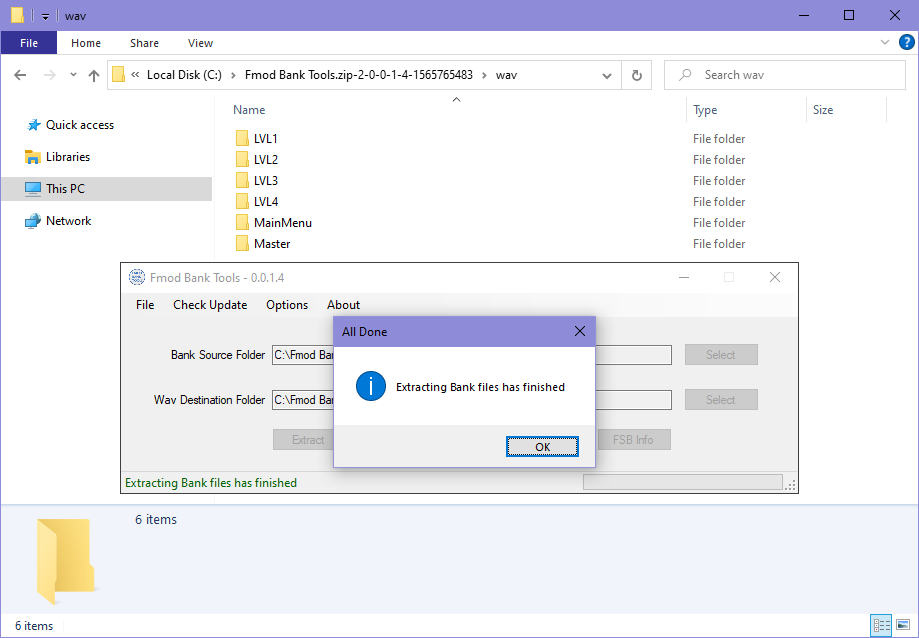 6. Once the extraction is complete, leave Fmod Bank Tools open and run the script.bat.


If you get any file copying errors, you might need to use “Run as Administrator”. 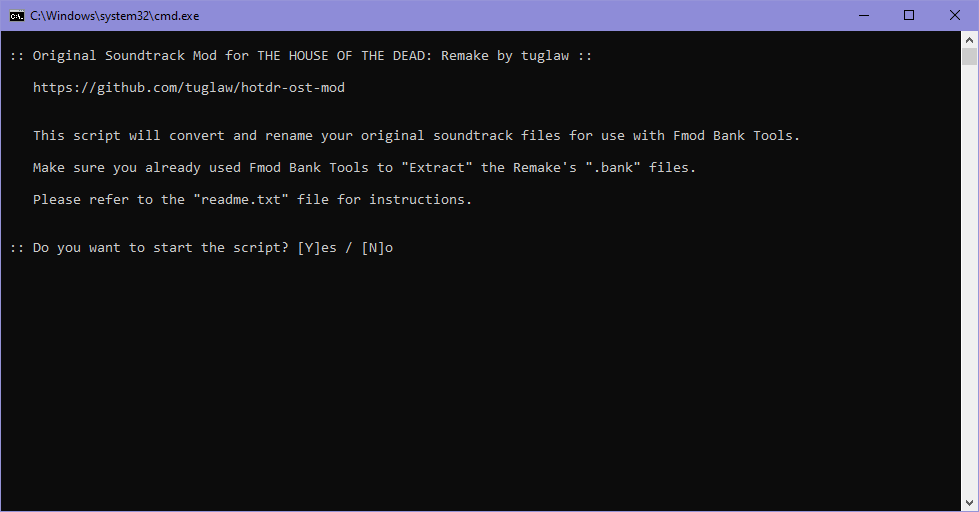 If your soundtrack files aren’t in “.wav” format, the script will use ffmpeg to try and convert them.

Make sure they are audio files, this script was only tested with MP3, FLAC and OGG files. 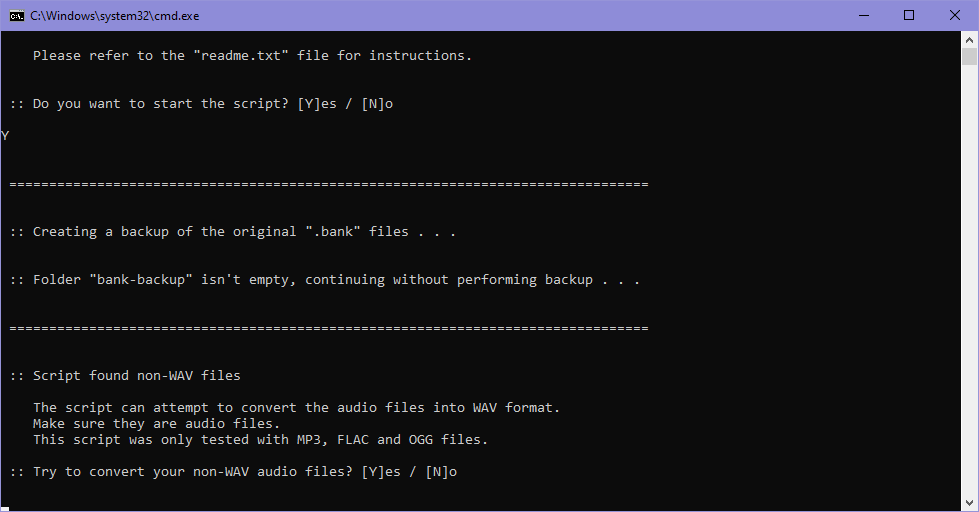 At one point the script will ask if you wish to trim your audio files.


When extracted from the CD, all audio tracks after Track 02 begin with 2 seconds of silence.

This is more noticeable with the Chapted Complete track, which cuts too soon.


If that’s the case with your copy of the soundtrack, the script can trim these 2 seconds off. 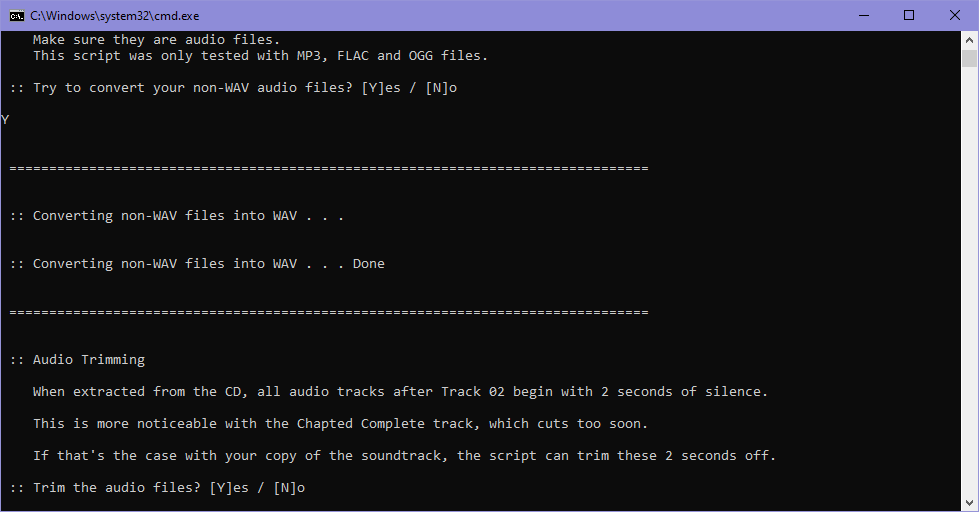 Once the script concludes without errors, go back to Fmod Bank Tools. 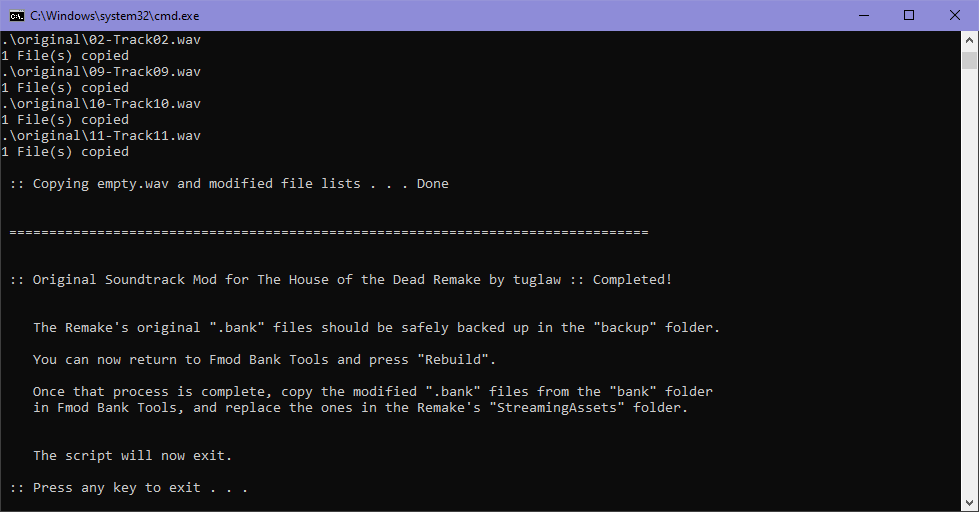 7. Return to the Fmod Bank Tools and press the Rebuild button.

It will open a command window like this for each of the “.bank” files. It will probably take less time than the extraction process. 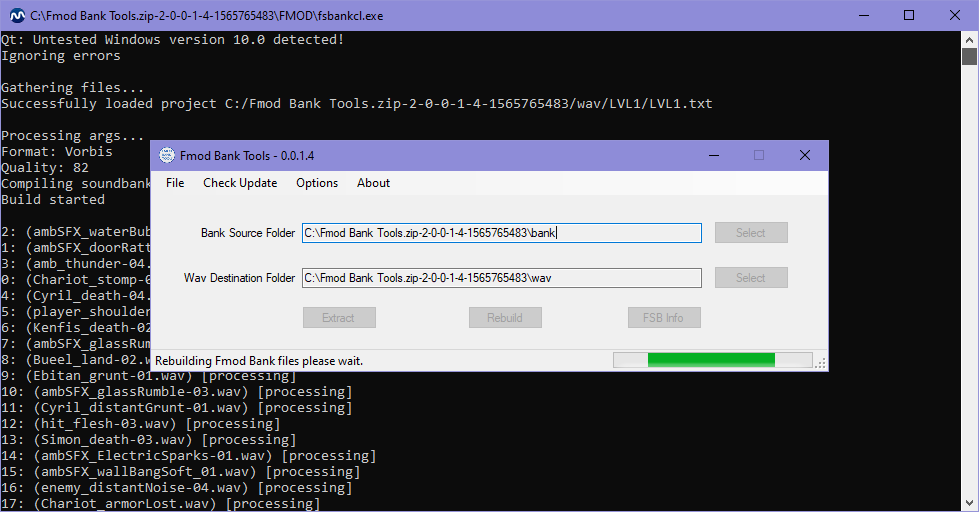 Once the rebuilding process is complete, you can now close the program. 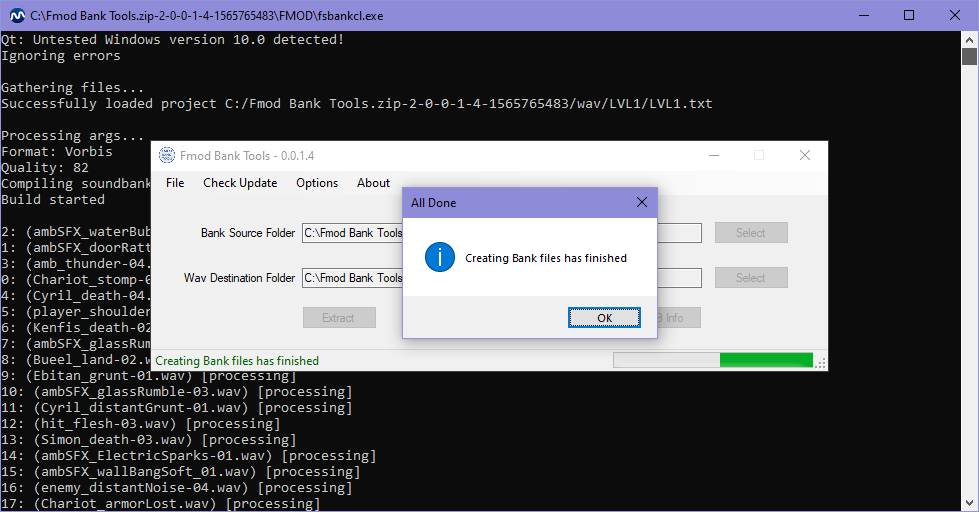 8. Copy the modified “.bank” files into the Remake’s “StreamingAssets” folder, replacing the original ones. 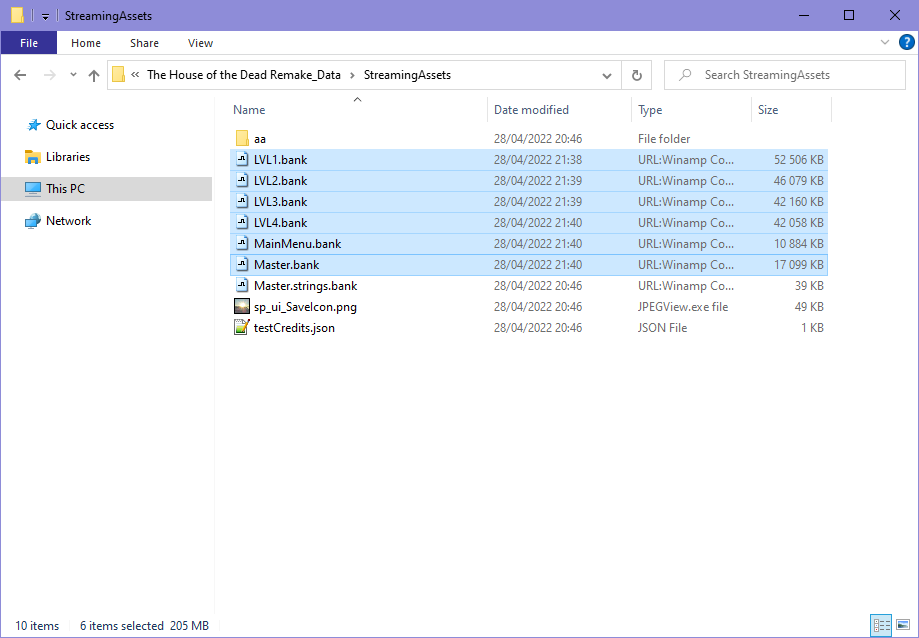 And that’s it, enjoy listening to the original soundtrack in THE HOUSE OF THE DEAD: Remake!

Hope you enjoy the Guide about THE HOUSE OF THE DEAD: Remake – Original Soundtrack Mod, if you think we should add extra information or forget something, please let us know via comment below, and we will do our best to fix or update as soon as possible!