Guide for creating new Auras and Ground Effects or modifying existing ones in The Hand of Merlin, written by its game designer Mat.

In this guide, We’ll talk a bit about making Auras and Ground effects for our abilities. This guide assumes you already have read the Abilities and Status Effects guides, and we’ll build it up from there.


These two entities gain their own little guide because they also have their own file types.

Auras are “emitters” of status effects. They can be attached to units or ground tiles, and serve primarily as a way to grant a status effect if units are inside a specific area. If you attach them to a unit (via an ability’s Unit effect) the aura will travel with the unit. It is also in the ability where you’ll set the duration of the aura.


You can create auras directly from abilities, but if you want to use the Create menu (CTRL+N), select the Generic group, and the (Merlin) Aura params type. 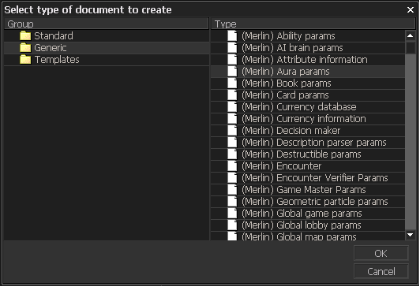 Now, let’s look at the Aura itself. 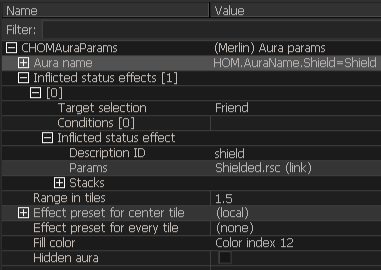 First, if the aura is not hidden (see the checkbox in the bottom), set the Aura’s Name. This will be attached to the “Aura source” text, like in the following example:

Later, define the inflicted status effect. Auras can have as many effects as you want, and each one you can define a “target selection”, i.e. Self/Friend/Enemies. You can also have conditions, as seen on the Abilities and Status Effect guides – perhaps your aura only works on unarmored foes? Maybe only on alien enemies and friendly armored units? Your choice!


The star of the show is the params, where you’ll browse the status effect you want to use, and the stack count.


Do note: Stacks can be multiplied by a sort of hidden “aura power” that each ability sets up as the Effect Strength. Look at Abilities/Hallow.rsc if you want a good example of that – it scales off the user’s power!


Then, set yourself a range for the effect, in tiles. This is “radius”, and you can use fractional numbers. Helps to assume that diagonals are 1.5 tiles away from each other, if you want to do more unique shapes.


For the visuals, you can attach Effect presets, with both geometric and regular particle effects, to both the center tile and each tile. In most cases, our auras are just well-scaled center tile effects, but feel free to explore. If you want, you can also set a tint color, using the same relationship as ability targeting – “Generic Colors for Abilities” entry of the Skirmish State Params file, found in Content\Merlin\Databases.


That’s it! All of our auras are saved in Content\Merlin\Auras if you want some more examples of what can be done there.

Ground effects work in a similar way, but they are always bound to tiles. You can create them in the ability entry, or use the Create menu: 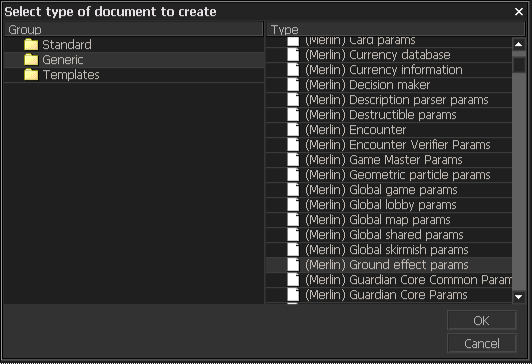 Now, configuring a ground effect is actually quite simple, as such effects can only either heal or damage a unit, and don’t have identifiable information. 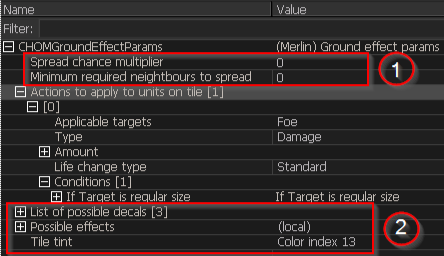 The star of the show is Actions to Apply to units on Tile. you have, like the auras, a way to specify if the targets being hit are only foe/friends of the unit that created the effect, and you can specify the Type – is this a Damage or a Heal effect? Make sure to also set a Live Change Type if you want your effect to affect only health, armor, or both (standard).


As with auras, you can set up an amount and conditions to the application. Some effects only work against regular-sized units, others only for aliens, etc.


Now, note #1 – Spread mechanics! We don’t use this often, but you can set up rules for your effect to grow on its own. Each turn, each tile affected with this Ground effect will see if it has the minimum neighbors of the same type, and then roll a 0-1 value. If it’s under the Spread Chance Multiplier, the effect will grow to an adjacent tile.


Do note: Duration is still controlled by the ability that spawned the effect!


Finally, check out the visual stuff in #2. Ground Effects in The Hand of Merlin are usually accompanied by decals – randomly selected per tile from those you browse in the List of Possible Decals. Each tile will also have an instance of the Possible Effects, usually saved for particle effects. Finally, exactly like auras, you can do a tile tint.


There you go! Now you can fill your abilities and skirmish maps with cool persistent effects.

This is all about The Hand of Merlin – Auras & Ground Effects; I hope you enjoy reading the Guide! If you feel like we should add more information or we forget/mistake, please let us know via commenting below, and thanks! See you soon!