Most people don’t know that, but eating the food you make in the cooking station is incredibly OP. Let the me show why

Okay, so leet me deepen you in that knowledge in two steps:


1- While playing that wonderful game, you have probably noticed that whenever you drain all your stamina out, the stamina bar will start shining and will have a delay of some seconds in order to start regenerating again. (Keep that fact in mind)


2- Proceeding, if you have already played as a melee character, you have noticed that you can power attack even if you have only 1 point of stamina, and even that way, you won’t be dealing less damage than you would by having full stamina (Also keep that in mind)


Concluding, the only thing that keeps you from spamming power attack is the stamina delay.

Foods made in the Cooking place have some unique effects, as an example: 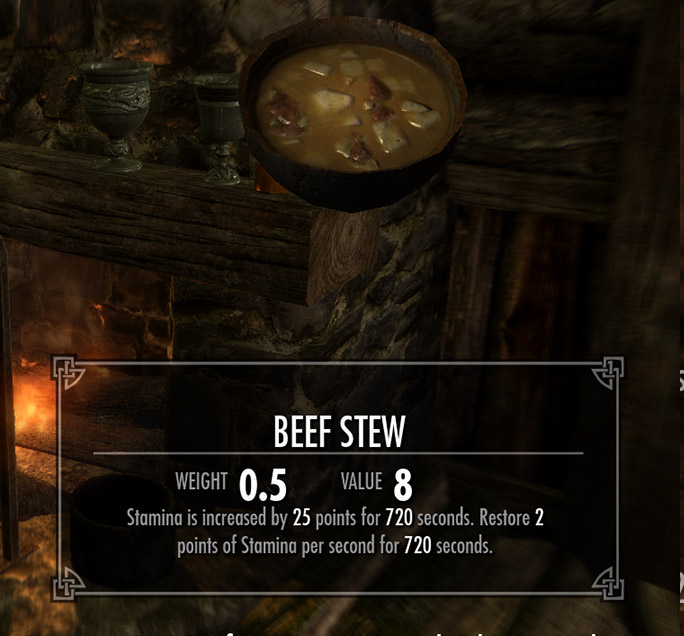 You may think that those effects are nothing special, but let me tell you, remember that stamina delay that I told you about? So, those 2 stamina points per second from the food literally removes that shining bar delay. In other words, you will have a power attack every time, being able to lock an enemy on stagger.


Considering how cheap the ingredients are, it is totally worth. Also, they last 12 minutes, which means 12 minutes dealing power attacks


Also, as long as you have soup, you won’t have to spend points in stamina, since you won’t be using stamina at all (unless you are a sprinting person), letting you spend all your points in health or mana.

There are in total three foods with that effect:

You are able to stack their effects, but I don’t think that the delay will be even shorter by doing so, I guess you should use only one at a time, unless you really like health and stamina regen.

If you are a mage, don’t feel excluded, as we have Elsweyr Fondue: 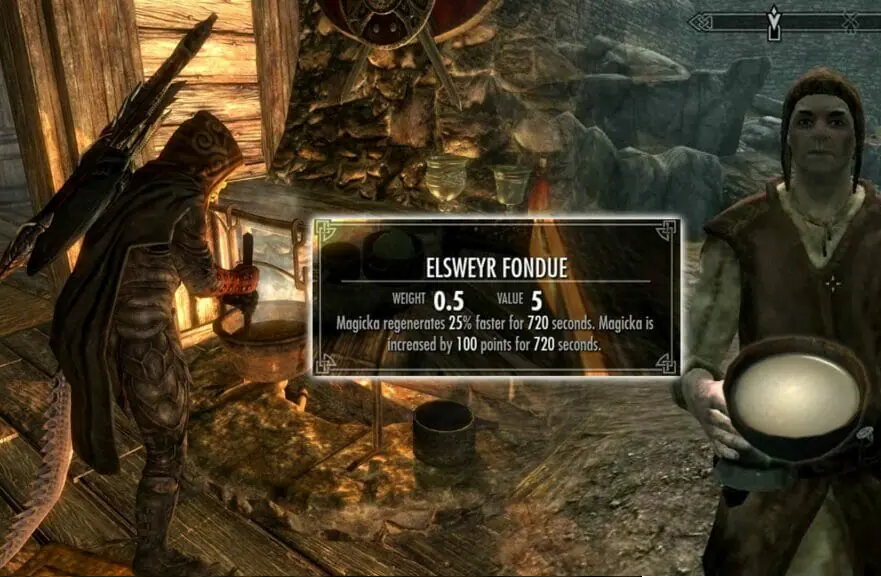 That wonderfullnes increases your magicka regen by 25%, which is not so impressive. BUT, it also gives you 100 POINTS of magicka, being better than many potions you can find, and lasting a lot longer (12 minutes).

Now that you are an OP warrior, just start a new legendary save and kill whatever you want. Thank me later 🙂

This is all about The Elder Scrolls V: Skyrim Special Edition – Food Effects Guide; I hope you enjoy reading the Guide! If you feel like we should add more information or we forget/mistake, please let us know via commenting below, and thanks! See you soon!