Welcome to The Callisto Protocol – Best Steam Deck Settings & Preference Guide. This guide will provide you with the best game optimization for the best steam deck settings and a video tutorial.

The game is in dire need of optimizations at this time. Some of you, like myself, love the Steam Deck! This means that there is nothing more joyful than handheld horror. And let me tell you, it works perfectly!

It is important to remember that you should not target more than 30fps. The Steam Deck is powerful but not super powerful. Graphically intensive games like this won’t run at 60fps.

Secondarily, it took me hours to find the right balance between visual quality AND framerate stability. Although it’s not perfect: there will still be areas of high framerate dips. However, the Steam Deck looks great enough to show your friends. It is also one of the most beautiful games you can run on Steam.

Let’s move on to the settings with notes if you want to change your priorities.

Don’t try to get 60fps, as I mentioned. It won’t stay stable, even if everything is at its lowest setting and the game looks like garbage. It will display 60 frames per second when you look at the wall or floor, but it will drop once you see anything. Instead, enable v-sync and set the framerate at 30. Here are the settings that will make your experience the best possible. 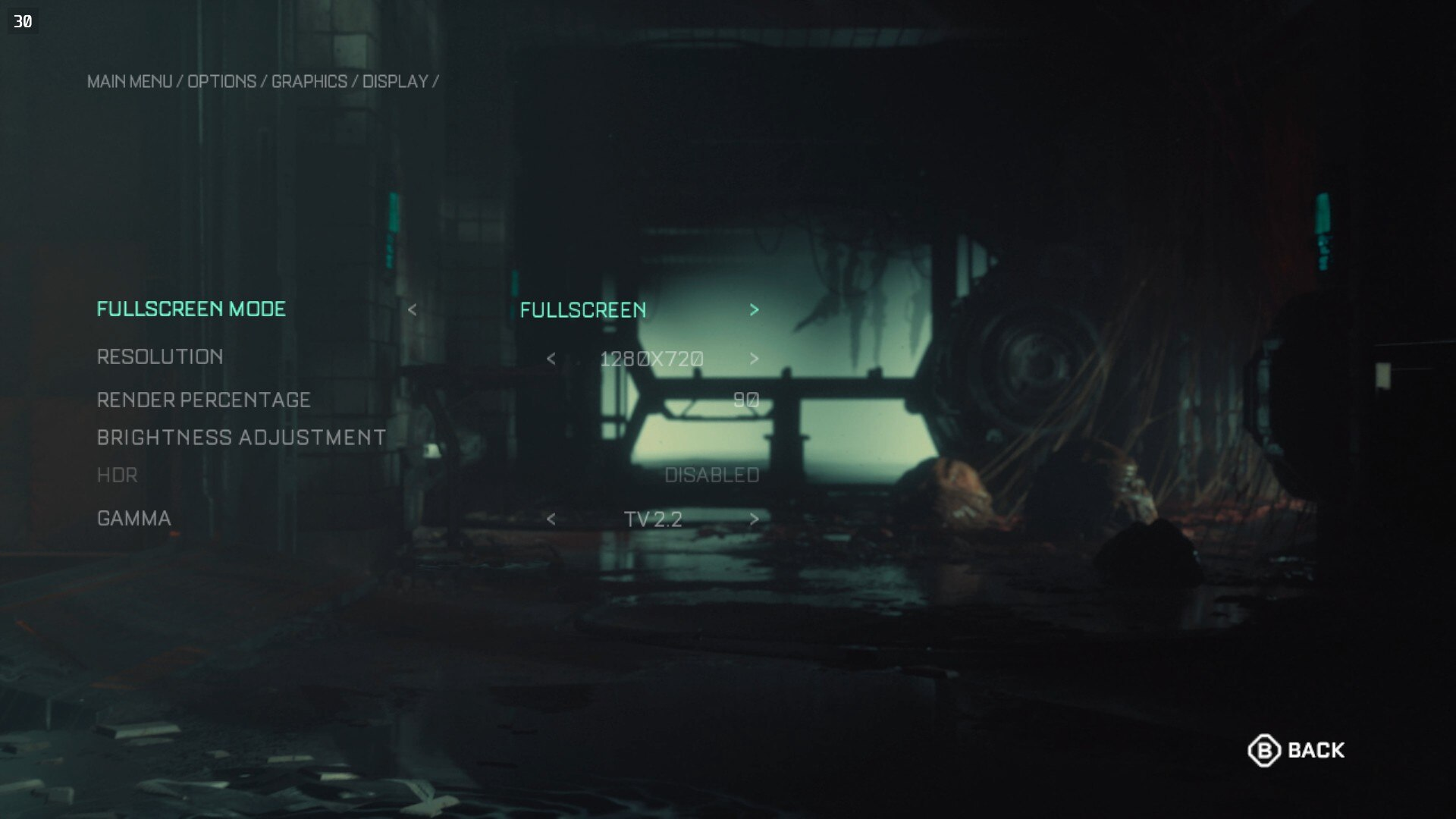 The largest framerate factor is the resolution render percentage. Even though it was set to 90, the handheld mode can be reduced to 80 without any discernible difference. I also found that (has a more stable framerate. To see the difference in res), I had to flip between two screenshots. Some text may be difficult to read due to the resolution. The Steam Deck warning that many of us are familiar with.

Finally, I found that the default Gamma was just ridiculously high. TV 2.2 provided the best overall image quality, with a good balance between light and dark. It’s almost like a combination of HDR and post-process color grade. 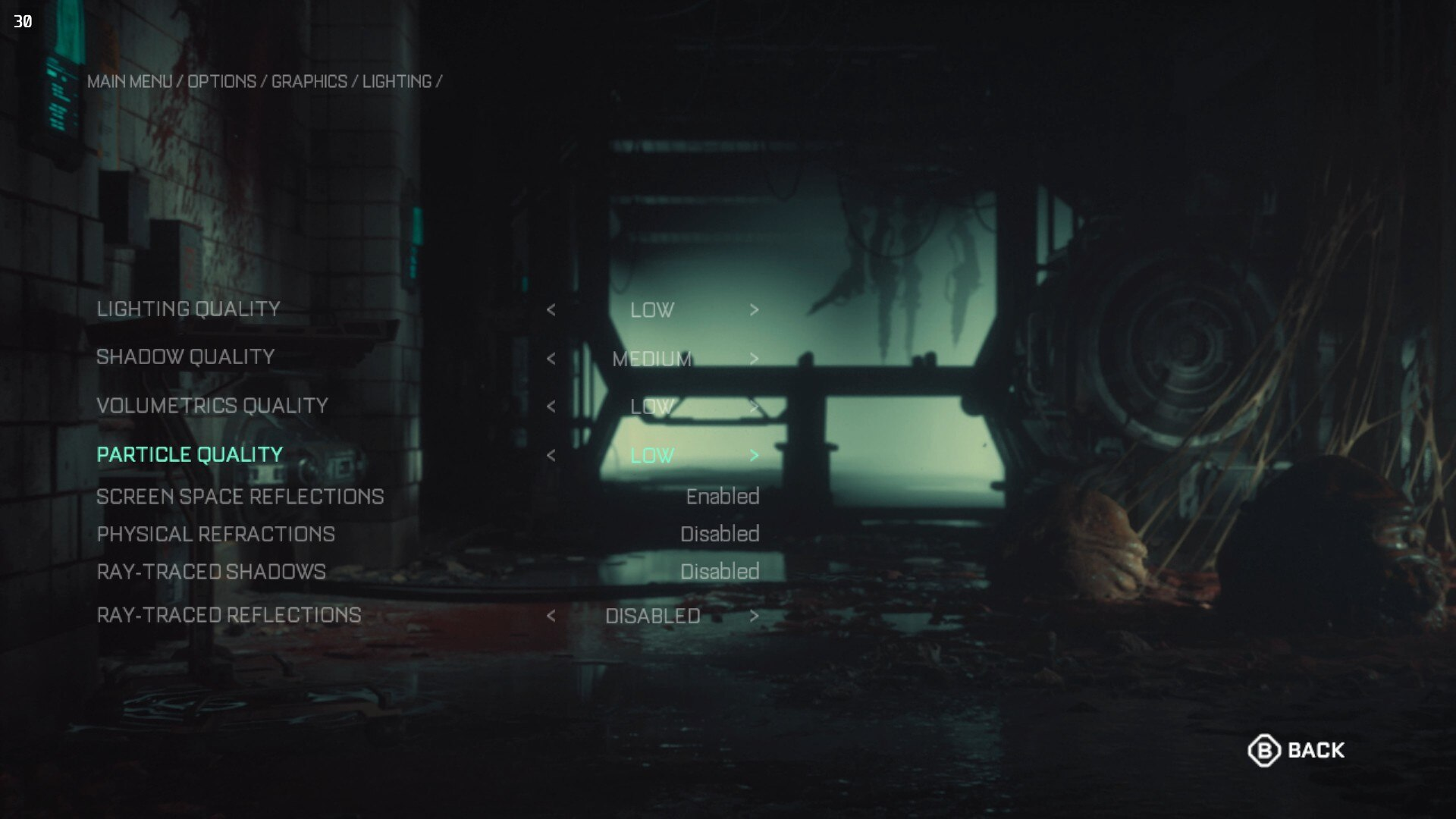 This area is the most GPU-intensive. I could only turn up shadow quality without seeing MAJOR drops in framerates too often.

Physical ray tracing and refractions are not possible. However, physical refractions are possible if your resolution has been reduced to 80% in the last section. This would allow you to afford a small hit of around 2-3fps. Even though you are limited to 30fps, a few extra fps can make a big difference. So my recommendation is firm. 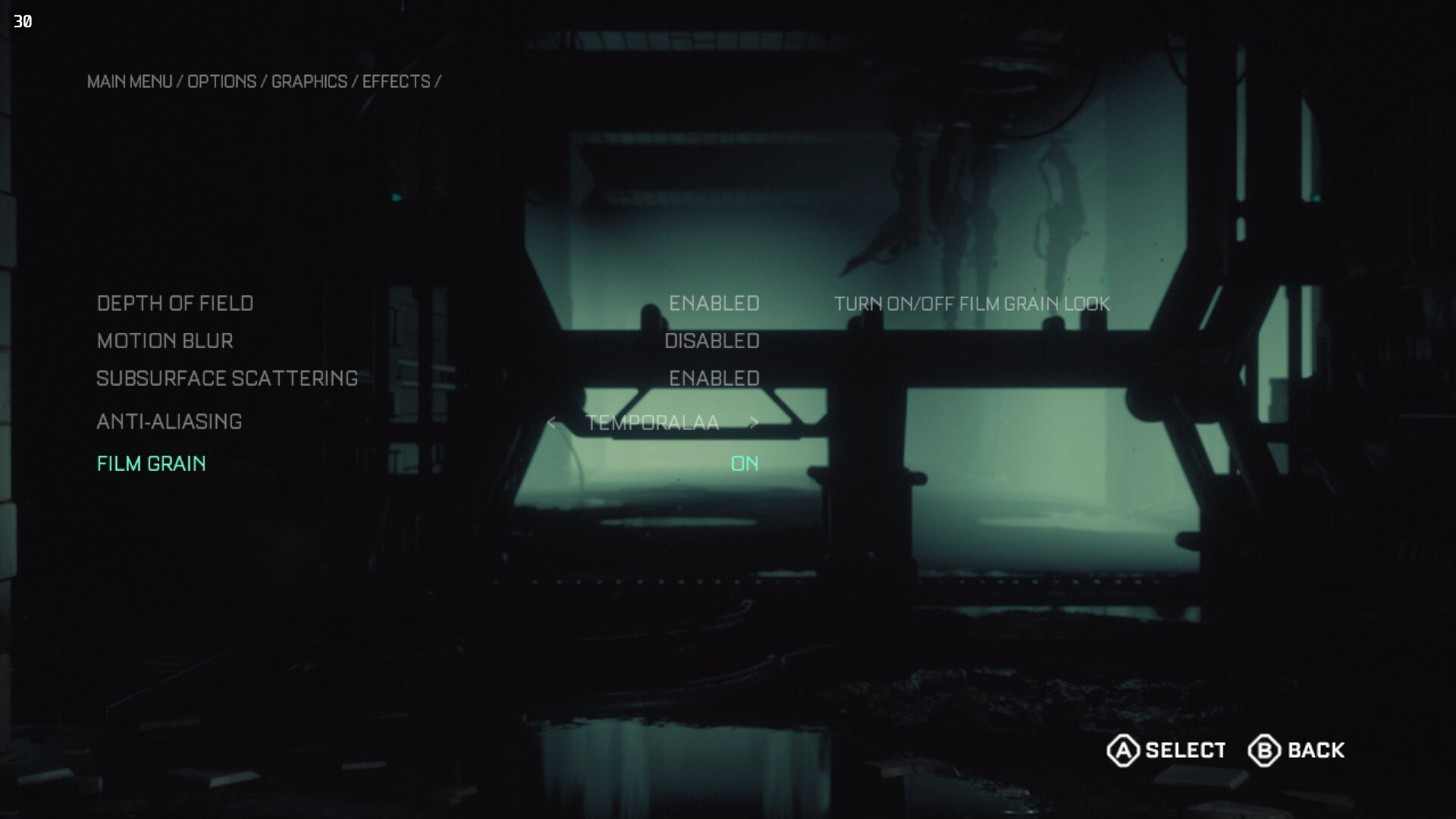 There is not much to do here. However, you will need to disable motion blur as we’ll be using temporal AA and/or temporal rendering, which each cause a lot of blurs. It looks horrible if you add motion blur. You will also want to use temporal-AA. It’s the best option for image quality, even though it is slightly lower than 720p. It allows you to reduce the render percentage to as low as 80%, with almost no discernible difference. Subsurface scattering is another option you will want. It makes their skin feel soft and touchable. Trust me, dude!

Finally, although I hate film grain, it helps fill the image with a “texture”. This helps to mask some of the settings in the last section. 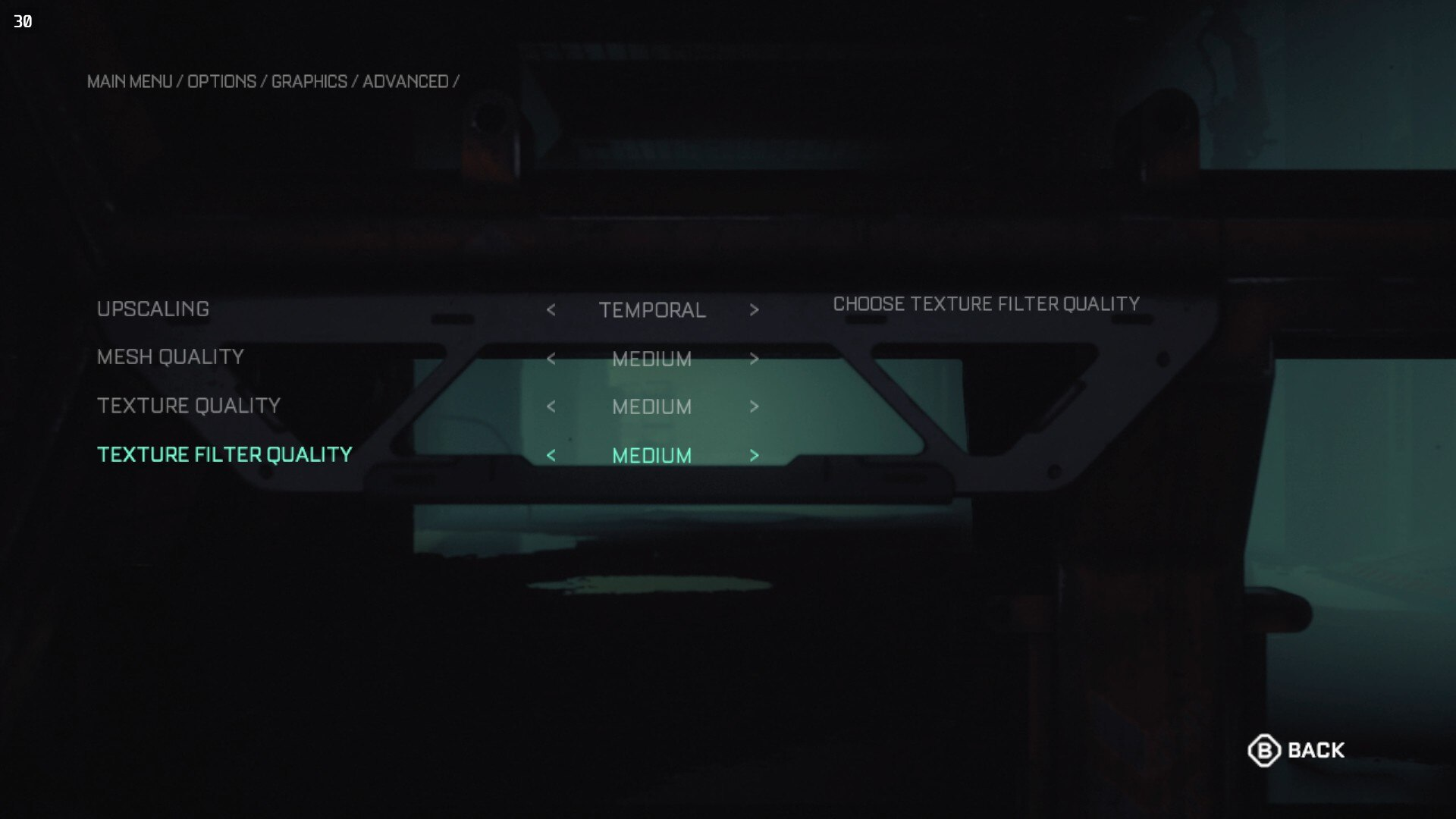 These are the core settings for the game’s graphics. Set the upscaling mode to Temporal. Don’t bother with FSR settings. They all look terrible and perform worse than the in-engine upgrade method. You can play around with this, but it will quickly become apparent that none of the FSR settings are as good as the upscale temporal F14Y. This is the same method used in Killzone Shadowfall.).

The game’s overall mesh quality refers to the overall visual quality. Medium is the lowest setting, (. The medium allows for textures and filtering to be very distinct. You can even take very good screenshots when combining the above film grain.

You think I’m crazy and I’m playing with you? This is the truth: I streamed it on launch day BEFORE they did the first optimization patch. It ran perfectly fine this way after I streamed it for two hours. Video from YouTube linked below

Remember that my render percentage was 90 when I was playing on a TV. If you play handheld, you can get an additional 2-5fps.

You can now enjoy man-made horrors in your hands!

This is all about The Callisto Protocol – Best Steam Deck Settings & Preference; I hope you enjoy reading the Guide! If you feel like we should add more information or we forget/mistake, please let us know via commenting below, and thanks! See you soon!