So, you hate hellbats, right? Here’s how to kill them.

So, you hate hellbats, right? This guide will show you how to kill them. But you need to prepare first.

First, you have to start up a new world. If you kill the hellbat earlier, it will be weaker. You dont want to be fighting it with 500 health. You will die.

Make sure to use the seed for the worthy, as it will make hellbats have 2 health. They will still destroy you instantly upon seeing you building a hell bridge, so be careful.

First, you need to get a couple stacks of wood. I recommend about 9 full stacks. Make them into platforms, this is to bait out the hellbats, as when you bridge they will swarm you. Otherwise, they simply dont spawn.

Then, you need to go into hell. Make the long bridge. The hellbats will kill you many times, but it will be worth it in the end.

After making the long bridge, perform an ancient ritual using the ancient blood pact of the wall of flesh and the guide. It should look something like this; 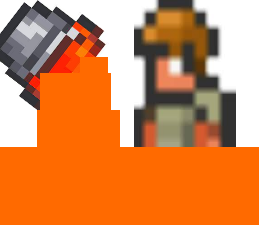 After doing such, the wall of flesh will be mad at you. It isn’t a hellbat, so it should be pretty easy to kill. About three or so swings from a copper axe should kill it.

Why you cant kill hellbats with copper tools. 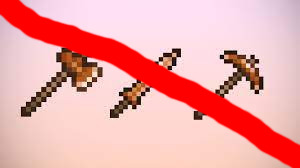 You may be asking; “Why am i killing the wall of flesh?” And the answer is simple. You need a good weapon to kill the beast known as a hellbat. Now, as we all know, the copper shortsword is a godly weapon, only beaten by the copper axe, HOWEVER, the hellbat has a unique property. It is on fire. While that doesnt seem like much, if you hit it with an ore tool or ore weapon, it will melt. If the hellbat is covered in copper, it will become unstoppable. Do not let it do that. After beating the wall of flesh, a good idea is to trash your copper items so it cannot EVER become that strong. 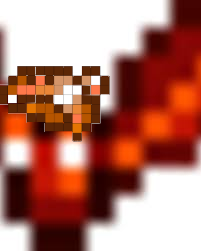 Now you’re in hardmode. You will want a good weapon to kill the menace known as the hell bat. But first, youre going to want to fish. Because your GODLY copper pickaxe was destroyed by the legendary trash can, you cant mine any hardmode ores. The copper pickaxe wouldve one shot any block, even lihzard bricks, but we cant risk an XK Class End of the world scenario that would happen if a copper covered hellbat was made, could we? Fishing is the next best option.

So now, you wait and fish.

Oh, it seems something is being caught!

Hold on, let me just

go into another world real quick

Ok, now that we have a titanium pickaxe (we totally didnt take one from another world or anything) we can mine the adamantite ore that was generated. An adamantite covered hellbat is not ideal, but it is much better than a copper covered hellbat.

Now, we need to gear up. Why you ask? No, we cant kill the hellbat yet. We need to visit skeletron prime.

Why is skeletron not dead

What do you mean skeletron is alive? Ok, fine, you have to kill skeletron first. Not much to say, skeletron is much weaker than a hellbat. 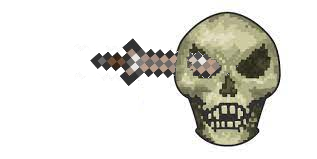 Now that skeletron is dead, steal some of his bones, and then create a mechanical skull. Throw it at the ground to piss skeletron prime off, and then stick the usb full of viruses into his charging port. He will die instantly. You get the usb from crafting iron/lead with electrum. You get electrum by alloying gold and silver, but you cant alloy until you beat the Ender Dragon.

Bringing the bad news to the other mechs.

Next, you need to tell the twins and the destroyer the bad news. Skeletron prime has been murdered in cold blood. They will be shocked, and while shocked, you have to insert the usb into Retinazer and the destroyer. As soon as Retinazer is dead, Spazmatism will become uncontrollably sad, and spontaneously combust. Now that you have their loot, you need to seek out the jungle. 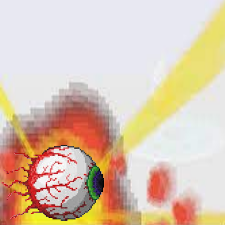 Now that you’re in the jungle, you have to- ugh. I HATE finding a bulb. Ok. I know this whole thing is satire but like, I HATE FINDING PLANTERAS BULB. I HATE IT. I HATE IT. anyways

Try to use your cell phone you picked up in stage 2.4 from a dead corpse. It will find the nearest pink object. Follow it, and youl find: 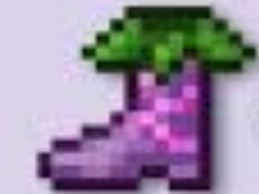 Use it again, i guess.

Finally, a bulb. Now we have to deal with it. But dont use your pickaxe just now! Plantera will destroy you in its second phase, because as soon as the tentacles come out, you will be subjected to a poorly made japanese p*rn featuring way too many old men. I suggest not trying that.

Instead, try to pour sulphuric acid onto the bulb. This will weaken plantera severely, but youre not done yet. Next, try to capture a live hellbat. This is incredibly dangerous, but if you can manage to capture one, break planteras bulb and unleash the hellbat. 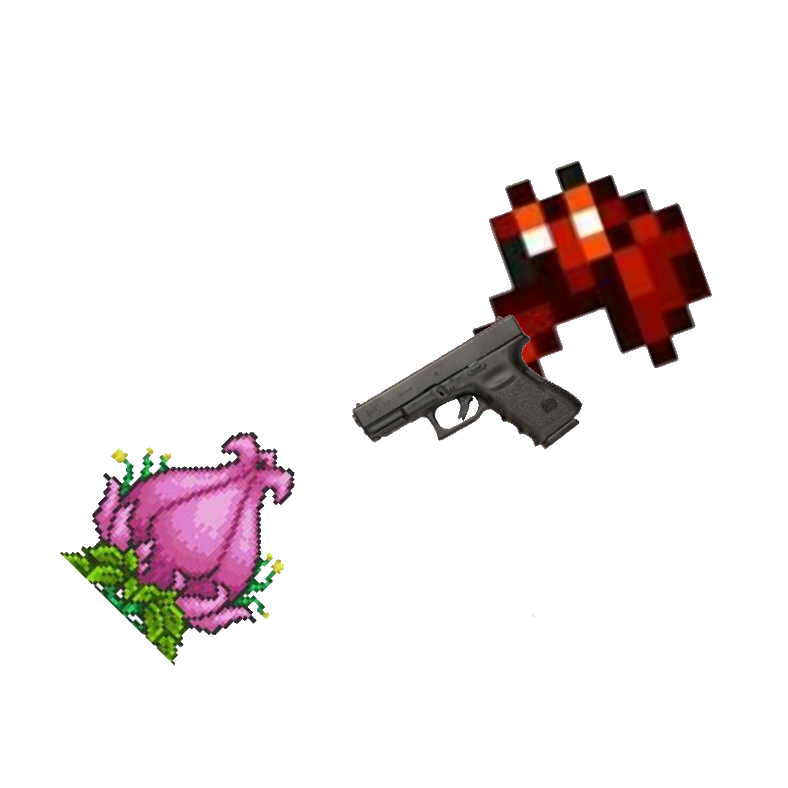 And plantera is dead. Recall away from the hellbat to make sure it despawns. You are not ready to fight it yet. It is definitely ready to fight you, however.

Next, you need to go into the temple, but we dont have the key! The loot bag despawned. We just have to knock on the temple door.

“DO YOU HAVE THIN MINTS?”

Make sure you have the thin mints, if you dont, the lihzards will let loose their pet hellbats. That would not be good. 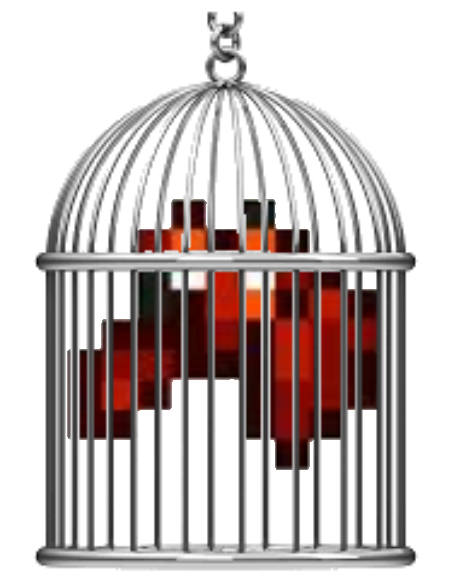 Afterwards, you should consult with the Golem. Normally, Golem isnt very nice with visitors, but thin mints make everyone happy.

Now that golem is on your side, you need to go to the dungeon. There’s a couple people we need to “get rid of” discreetly. Why discreetly? If someone were to see them perish, then the game would progress. And if we defeat the Moon Lord, the hellbats will grow to an extremely stupid amount of power. We cannot have that! However, they are in our way, trying to have us join their religion. After slipping some poison into some girl scout cookies, you can offer them some. They arent a big fan of thin mints, so they must be slain.

Now that the cultists are dealt with, your golem may be acting uneasy. It’s served its purpose of intimidating the cultists, so it can go home if it likes.

JUST KIDDING! Kill it. Just poke it once and it dies. Golem is a joke.

After killing golem, go into the dungeon and try to find a sniper skeleton. They are quite rare, so this will take a while.

You still havent found one? uhhhhh

Alright you know what? im just going to spawn one

It didnt drop the sniper rifle.

I give up. Just

So now you have a sniper gun. Good! Now you’re almost ready to kill the hellbat! Keeping distance is crucial in making sure the hellbat doesnt kill you. Now you just need some armor.

You are likely using copper armor as of right now, as its the strongest in the game. However, as previously established, we cant let a hellbat melt the copper onto its body. It would end horribly. You need some armor that cant melt.

Spectre Armor, as instead of melting, it will just vanish.

Hellstone Armor: You may be thinking, “But this is a pre hardmode armor!” And you would be correct. However! It completely encases you in armor, unlike certain other armors. Additionally, it will be EXTREMELY hot! That will prepare you for the hefty blows the hellbat can bring. Lastly, it cannot melt. Even in the extreme heat of the hellbat.

After obtaining one of those, and a lot of musket balls (You CANT use chlorophyte bullets, ive tried, they do 0 damage), it’s time.

Go down to hell, and start making another hellbridge. No doubt you will be met by a hellbat. Take out your sniper rifle, aim, and shoot.

This is all about Terraria – Tips & Tricks How to Kill Hellbat; I hope you enjoy reading the Guide! If you feel like we should add more information or we forget/mistake, please let us know via commenting below, and thanks! See you soon!