This guide describes how to find and complete the secrets not covered in my other guides. Unfortunately, this guide will contain huge spoilers, so don’t continue any further if you want to avoid that. 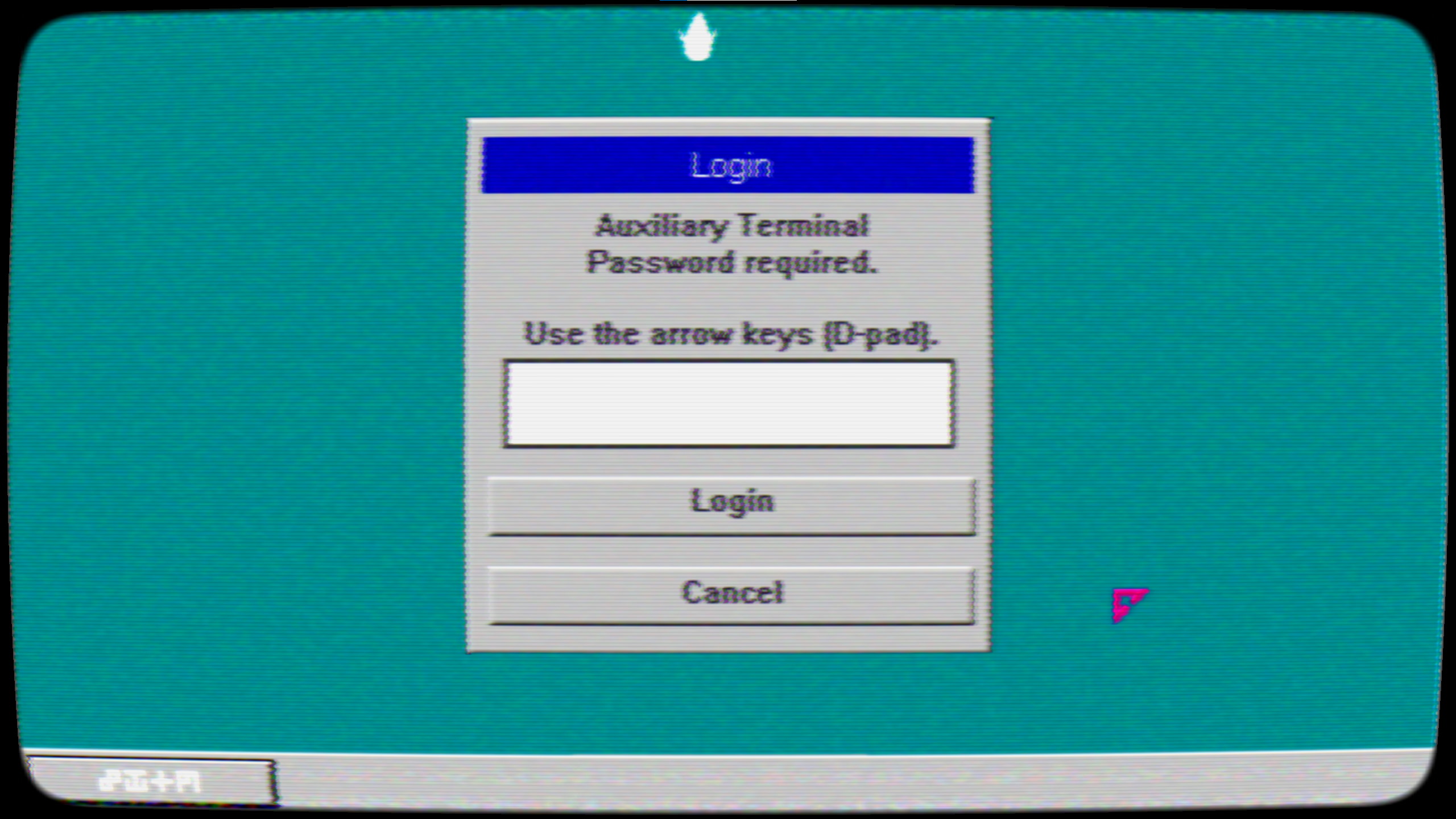 The terminal if you turn to the right of the main computer is locked by a combination of arrow presses. To the right of the terminal itself is a pin board with various files on it, including a few screenshots of this game and AnoMalice containing hints, but more importantly for us a document with a grid containing arrows marked by the zodiac signs and seven boxes each with a different symbol. 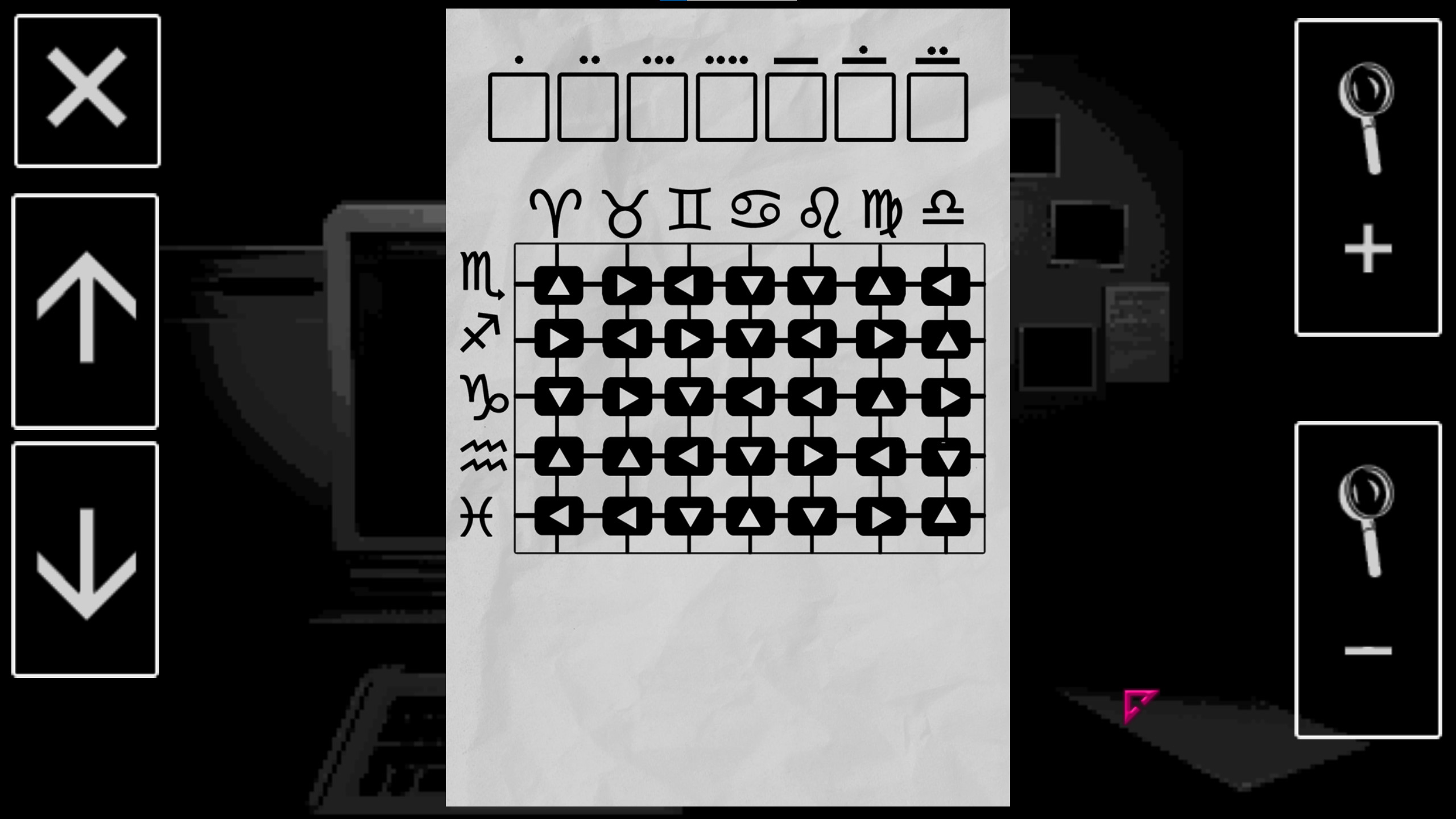 As you can probably predict we need to find seven sets of two zodiac signs that will allow us to determine which arrow presses are required to unlock the computer.


HINT:This puzzle requires you to have completed the hard versions of each level, defeated the hard mode final boss, and have unlocked at least 7 keys. 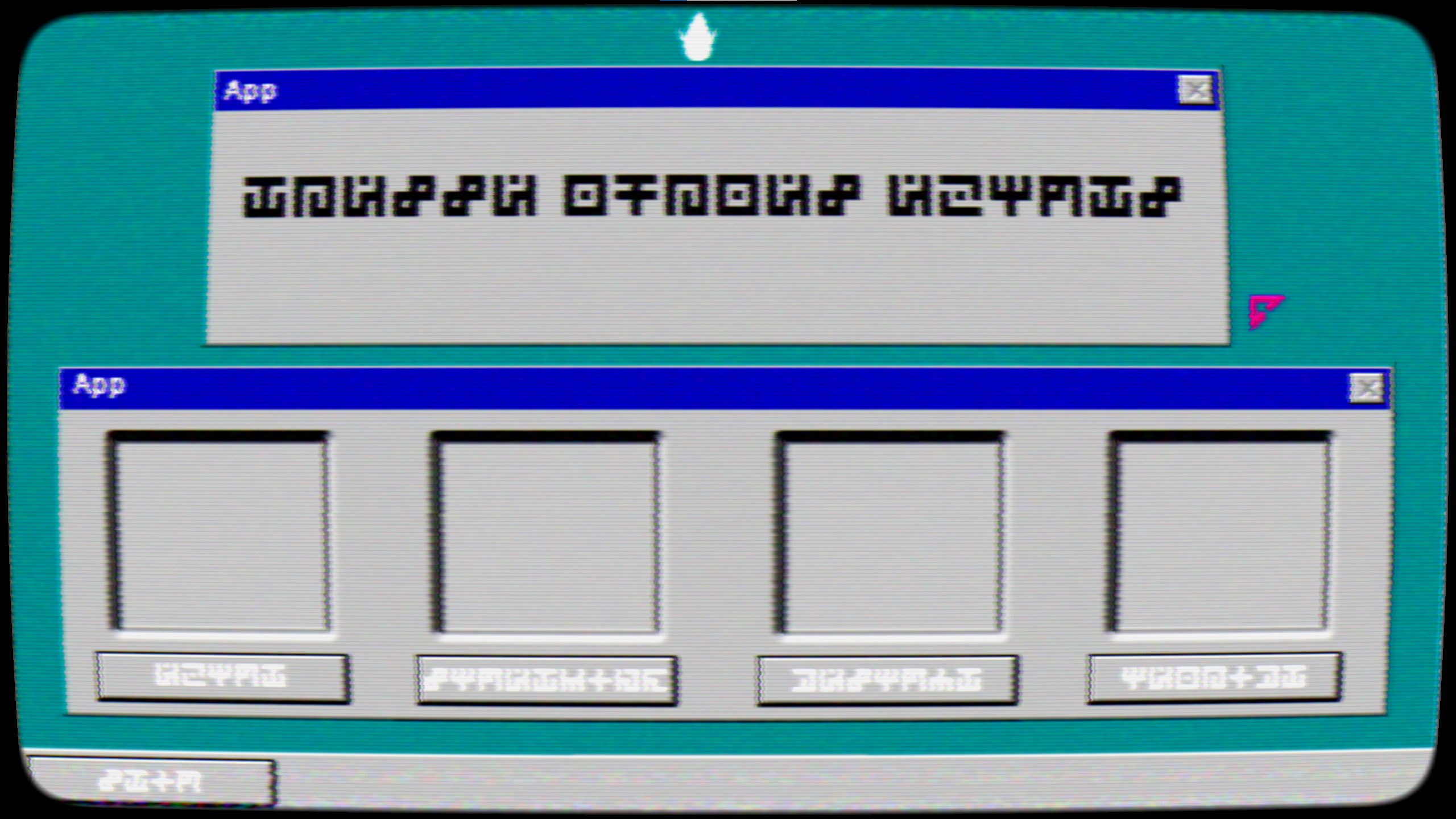 Unlocking the terminal leads to a screen with four options on it, as well as some encoded text. The text doesn’t need to be decoded, but for those curious I’ll leave it below: 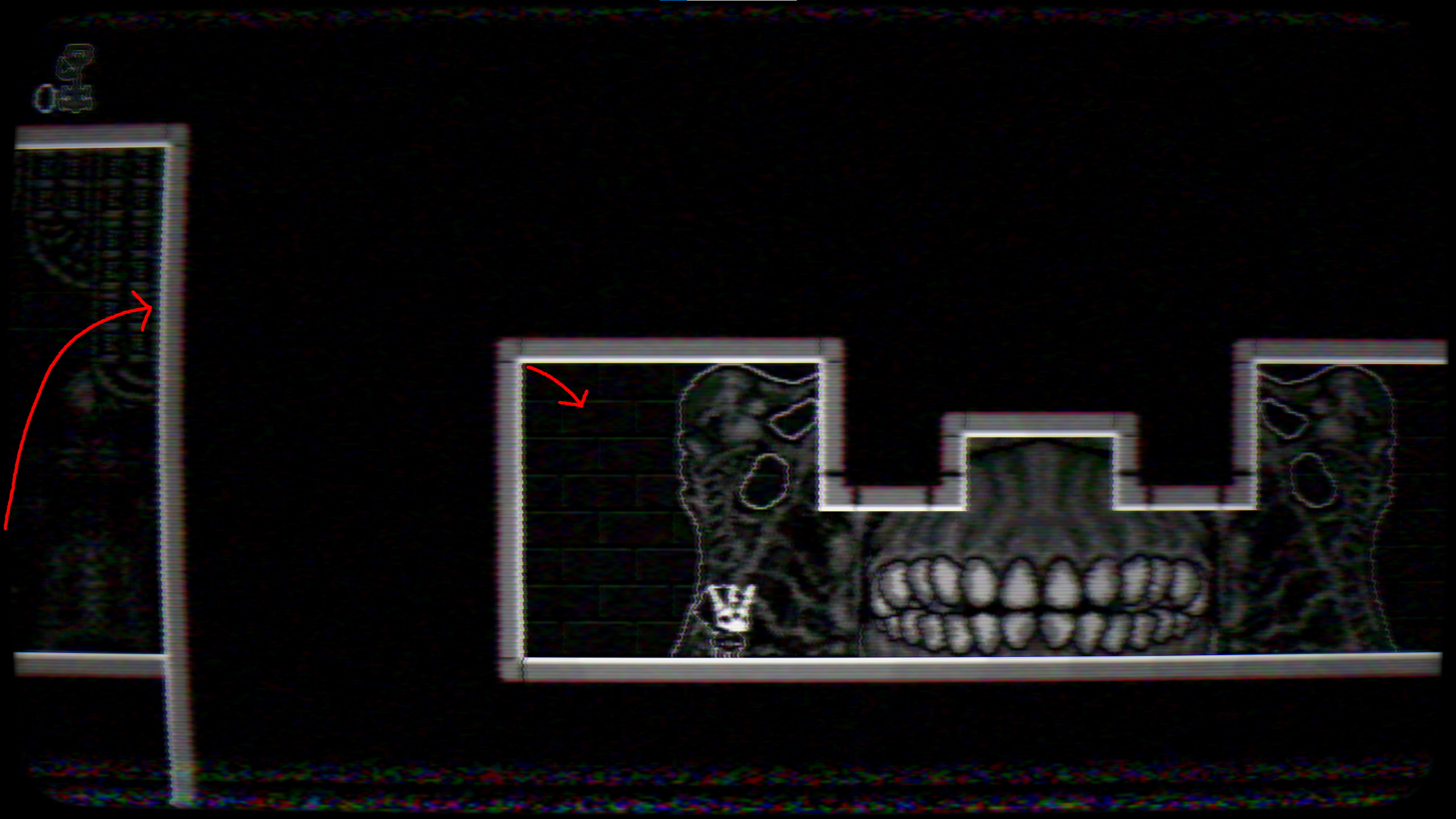 The eighth locked door isn’t actually visible like in the image until you’ve unlocked it, which you do as usual by standing in front of it with a key. 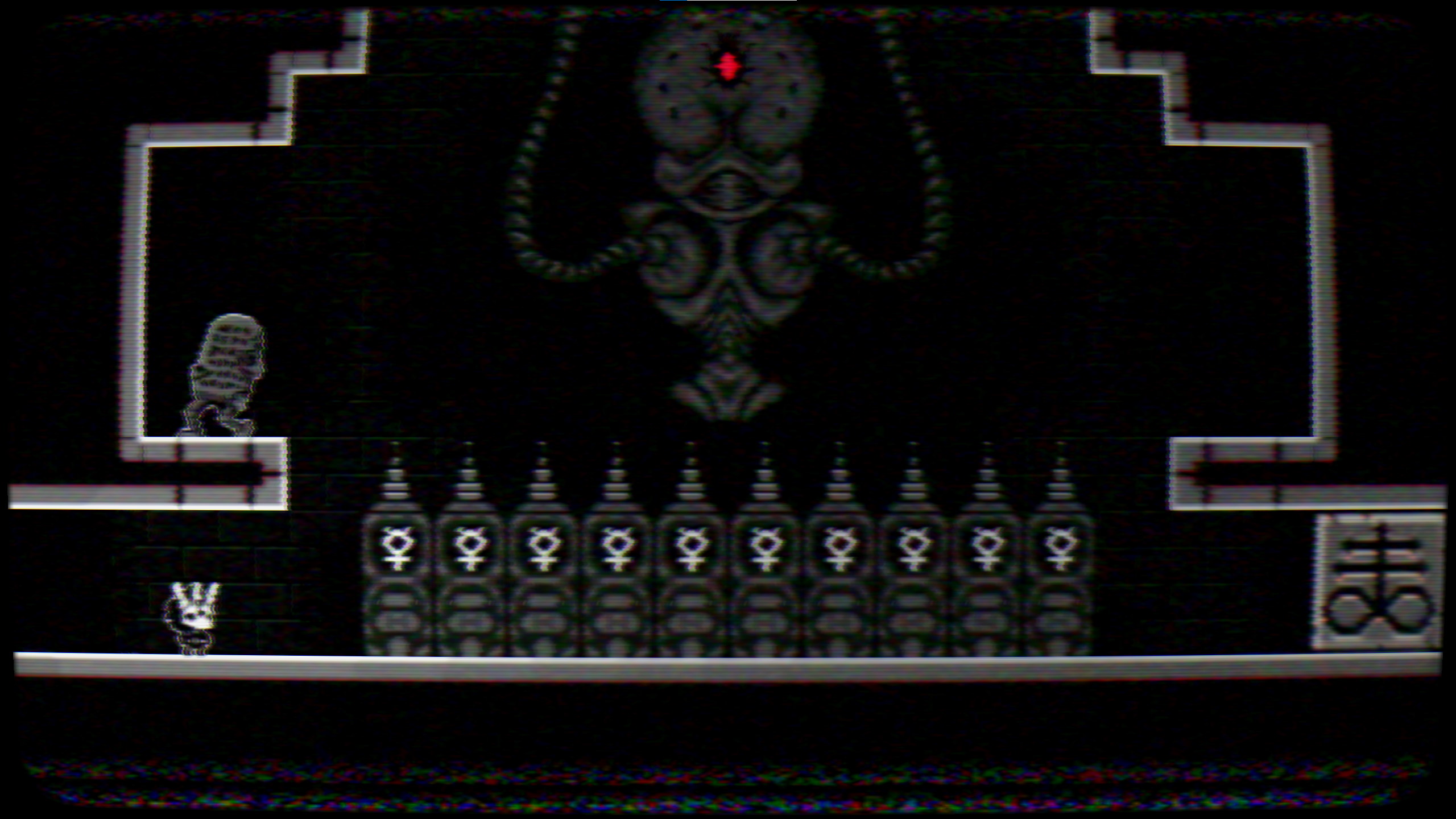 Now you’ve got inside the final locked door, you have a puzzle to solve. This room has ten devices, each with symbols on them which you can cycle through by dropping a totem in front of each of them.

HINT:What the hell is that sound?

SOLUTION:The noise in this room needs to be recorded and viewed as a spectogram.

SOLUTION 2:Here’s an image of the spectogram for those who can’t or don’t want to go through the hassle. – [imgur.com] 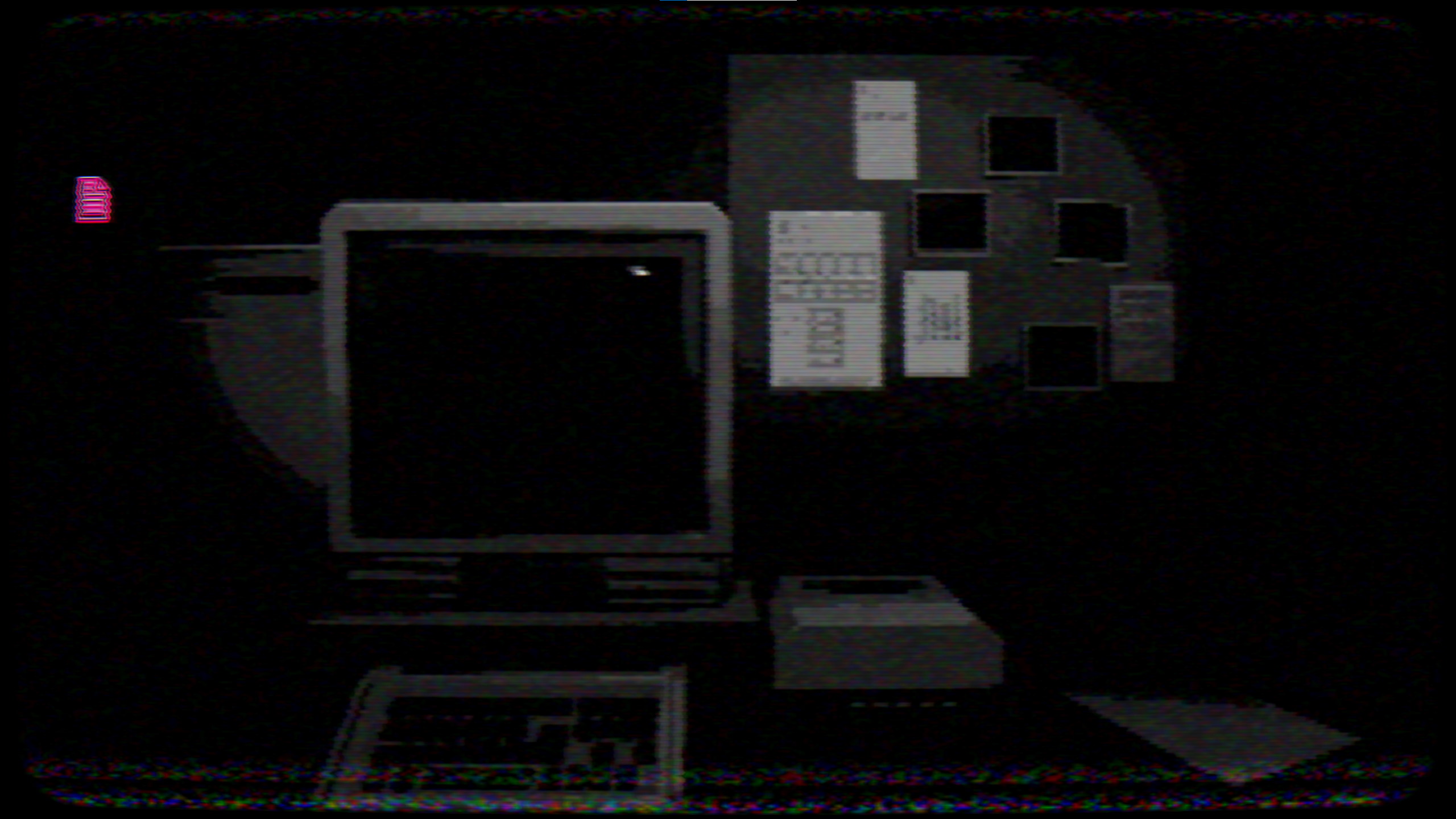 On the screen with the Overseer’s Terminal there’s an invisible page of encoded text, with the location shown in the picture to the right. I haven’t decoded all of it but if you’ve played any of Vikintor’s other games you may recognise it after only translating a little. The hint below will tell you where else to find it if you want to yourself (which I highly recommend), and I’ll leave the full text decoded and translated below that for your convenience.


HINT:This appears to be the Manifesto hidden in Estigma, or what I’ll lovingly refer to as “The Gamer Rant”.


English:This is an excerpt from a larger text still in production. The content below has not been corrected and is still being organized. May undergo changes.


Gamer identity and a harmful cult and a cancer in video game culture.

The tendency to look for groups to which we can belong is especially common among youth; a stage where there is a greater need for the feeling of belonging and the search for identity. This search, although natural, also represents a phase of vulnerability to external stimuli.


The gamer identity has developed thanks to the vulnerability of its audience, perhaps because of the lack of representation of their interests, which, seduced by industry stimuli, do not judge their options due to insufficient maturity.


The industry, especially large entertainment companies, saw this vulnerability as a way to create strong bonds with their audience. Offering exactly what would meet the needs of its consumers. I’m not just referring to trying to sell products occasionally, they sought to be a crucial part of the consumer’s life, nurturing a personal bond (albeit one-sided) where those who play feel welcomed and rarely reprimanded for their actions.


That identity has become a cancer in video game culture. It’s not about connecting diverse people who share a hobby; as the industry claims to do, but build dependence with an artificial voice designed to be like theirs, with common interests and behaviors, a “cool” brand, even though deep down working to maintain the status quo inside and outside the industry .


The gamer identity was the successful attempt to transform the enthusiast into a fanatic. Erecting sects of cult brands, sanctifying charismatic personalities at the top of the industry hierarchy, encouraging unconscious consumption and using gatekeeping to ignite your audience.


However, the audience can have their share of the blame, I’m not denying the individual role. But it is evident how the industry is still largely responsible for this decadent video game culture, mainly for dictating harmful behavior over the decades.


The destruction of gamer identity. 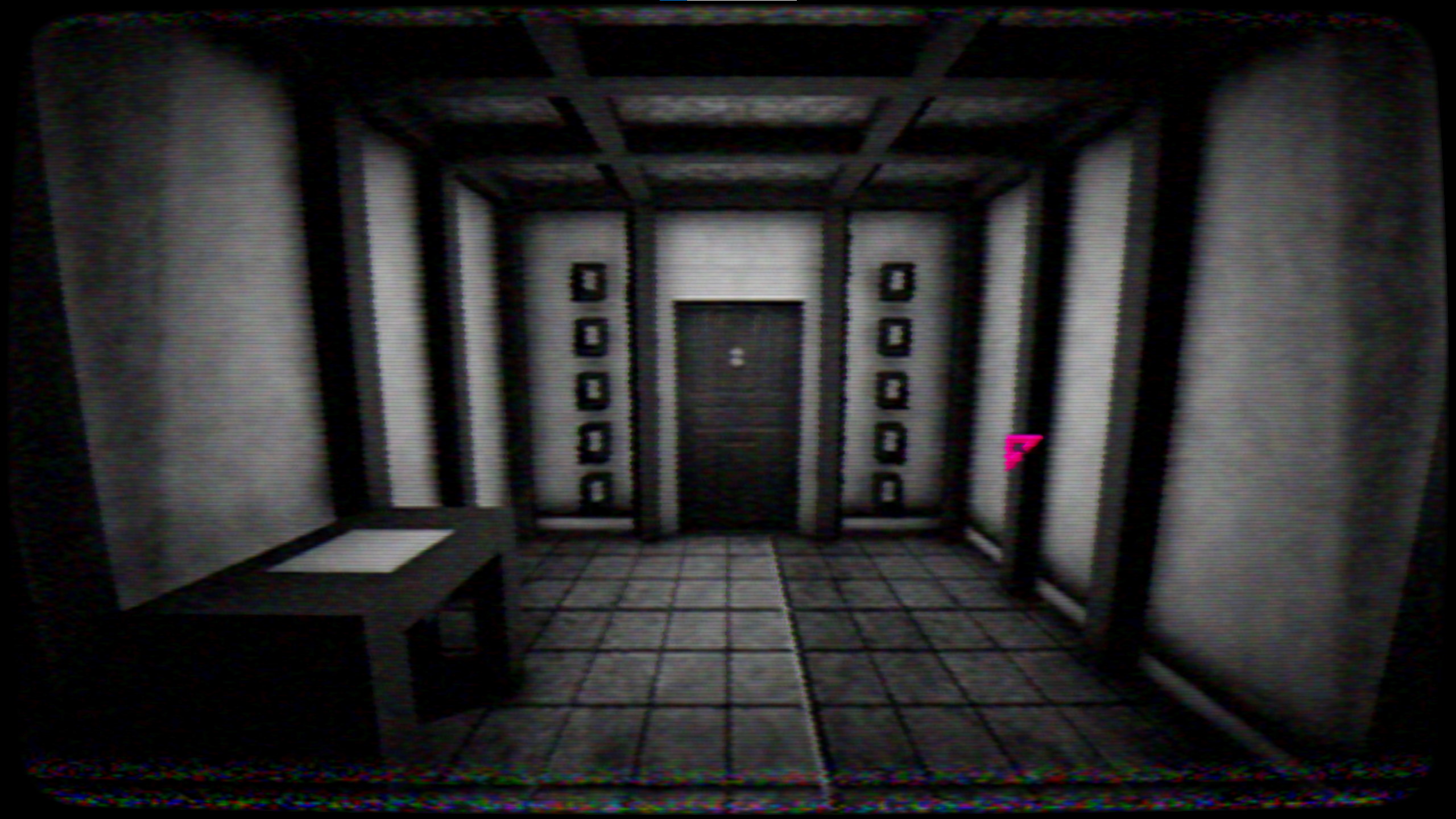 If you turn right from the Overseer’s Terminal you’ll find a door that leads to a room containing a door with five buttons on each side, as well as a document in french. The top of the document has a square with five diamonds on each side which are labelled one through nine, with one blank, presumably referring to the buttons surrounding the door. 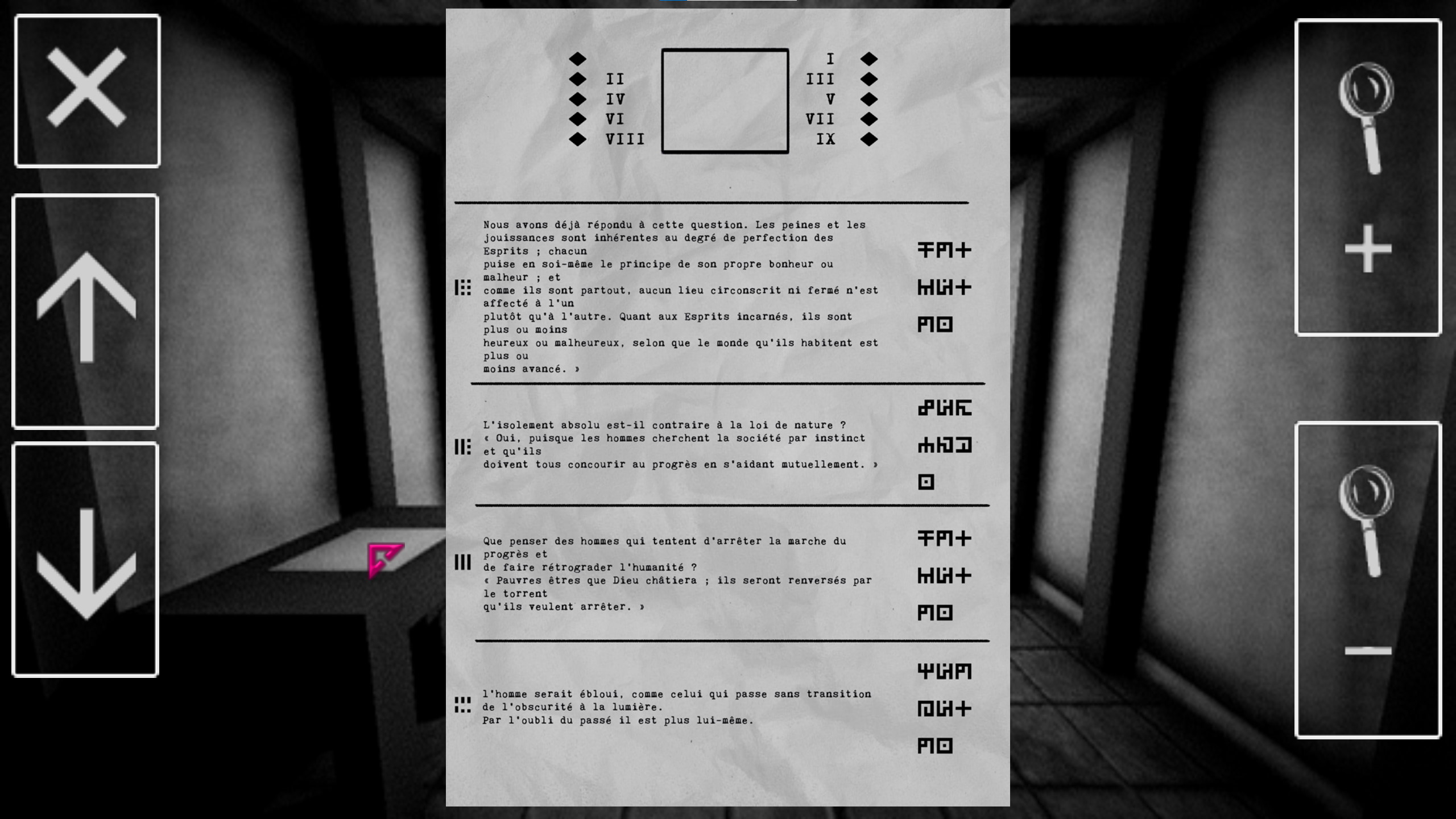 Below that diagram the document is split into four sections, each with a symbol on the left, french text in the middle, and symbols on the right. The symbols on the right are encoded Portuguese, which is translated in the table below under “Order”. The french text belongs to a set of books available online called “The Spirit’s Book”, and which book, chapter, subsection, and precise part is written in the table below under “Source”.


The meaning of the symbol on the left hasn’t been discovered yet, and neither has the solution to the puzzle. This section will be updated with the solution when it’s discovered, and I invite you to help find the solution! 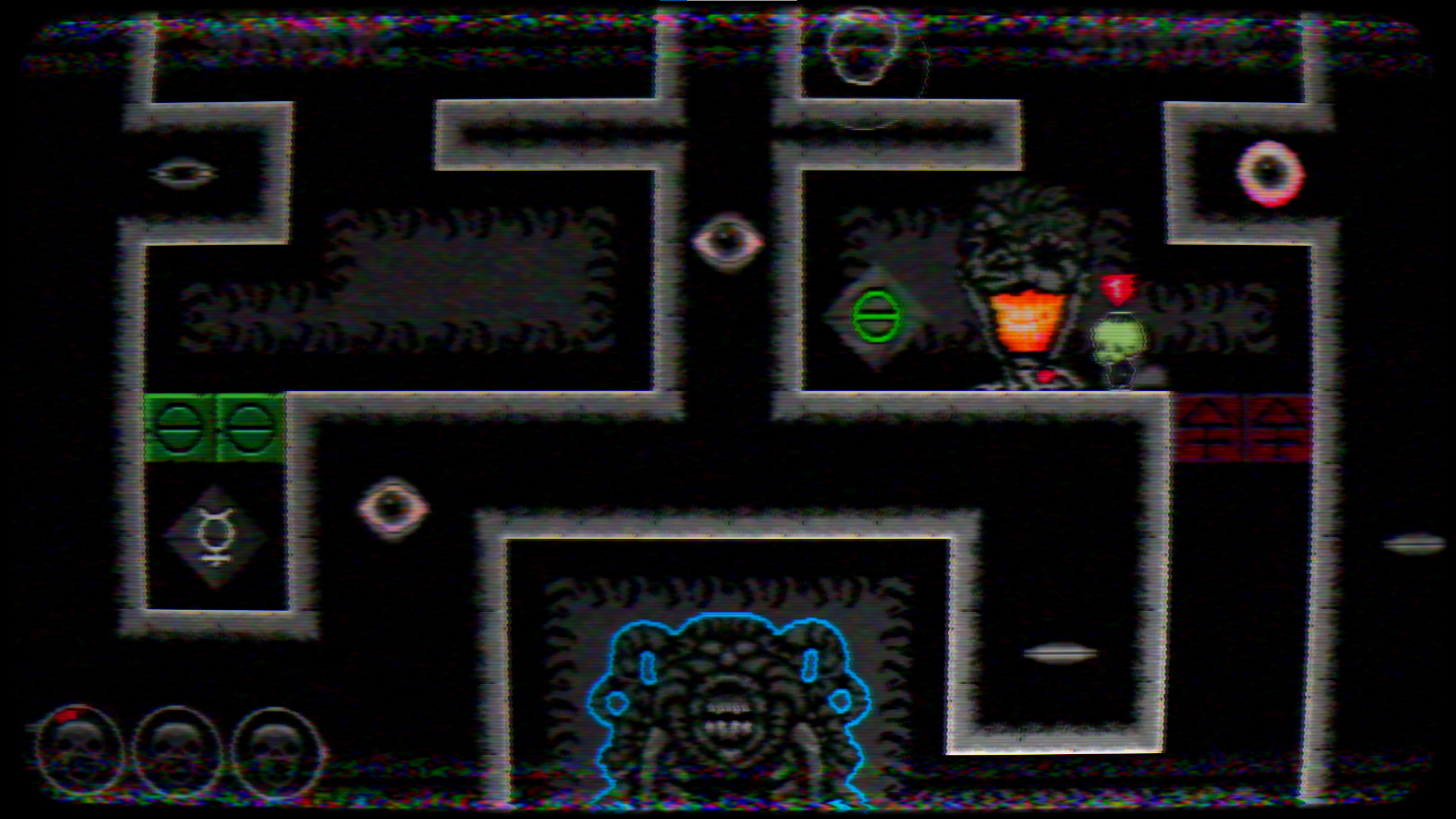 “Smile Dude” is a strange figure that stalks you throughout the game, who also stars as the icon for this guide. In level four you can find and interact with it using your clone, which warps you to another room.


SOLUTION:This room requires you to have the clone on the left typically, but you can kill it by making the inactive green blocks solid while its inside them causing it to respawn on the right.

This section, being fairly self explanatory, will only contain images showing you where to go to find these hidden messages, and the paths to them. 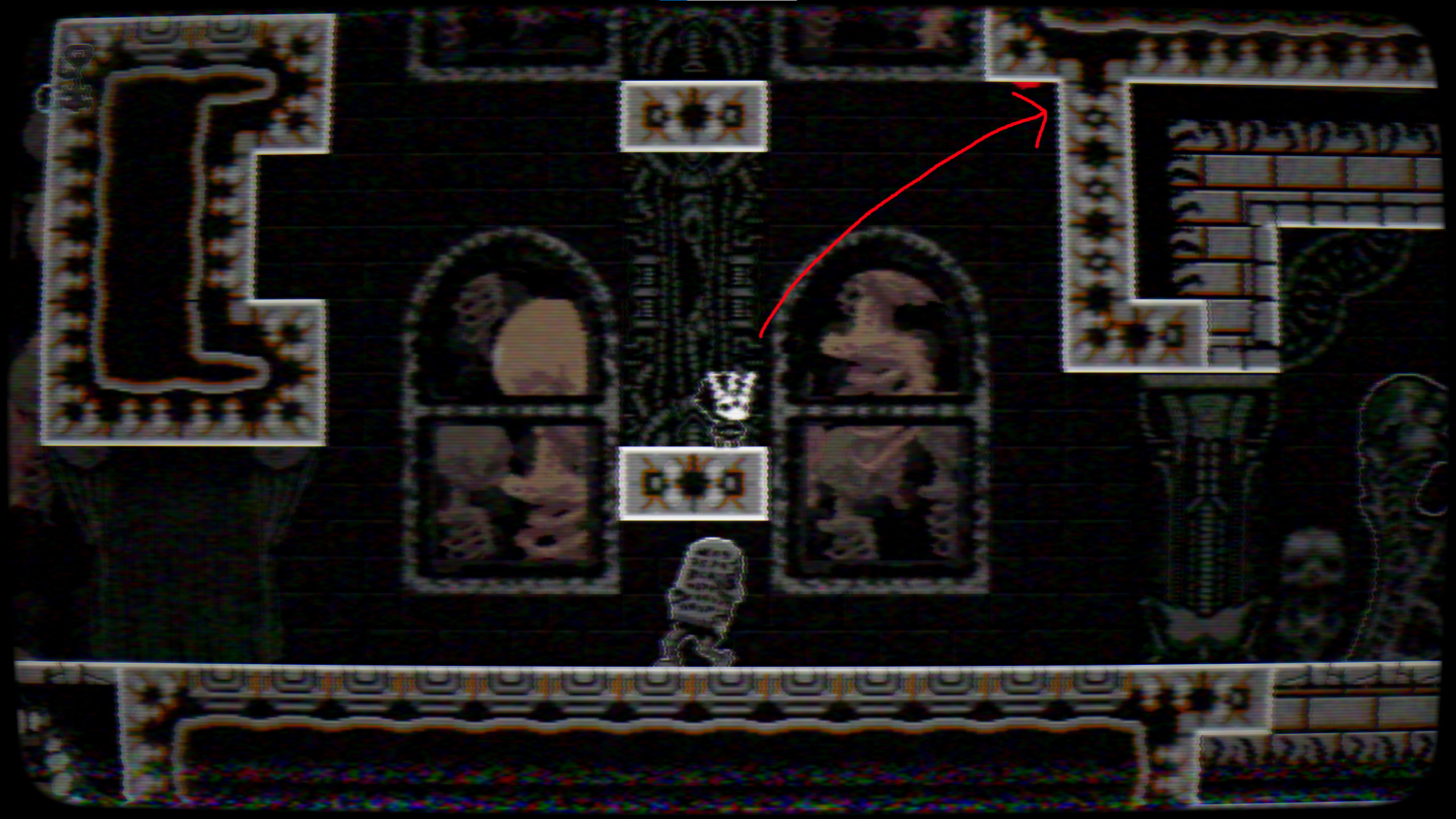 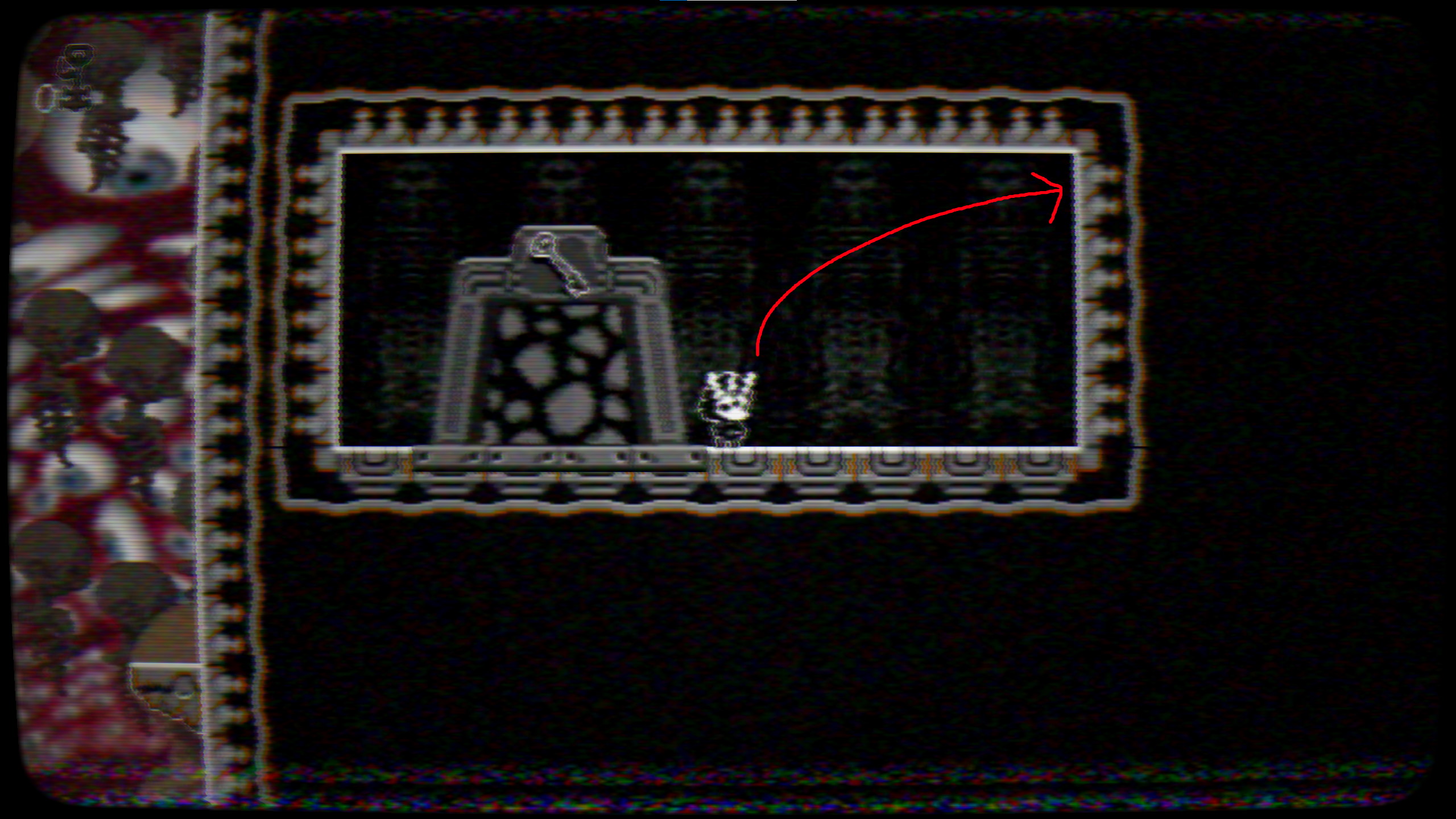 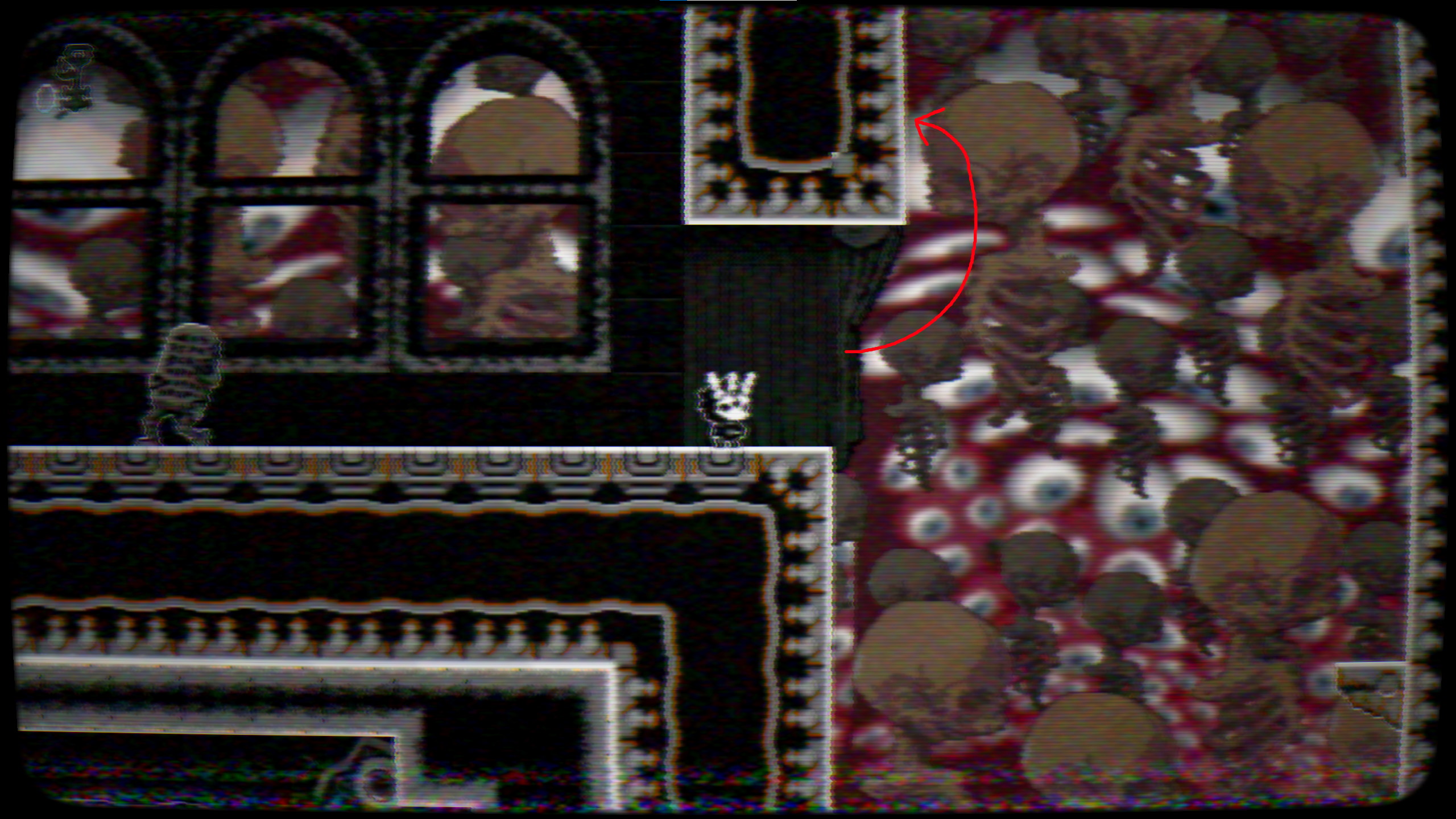 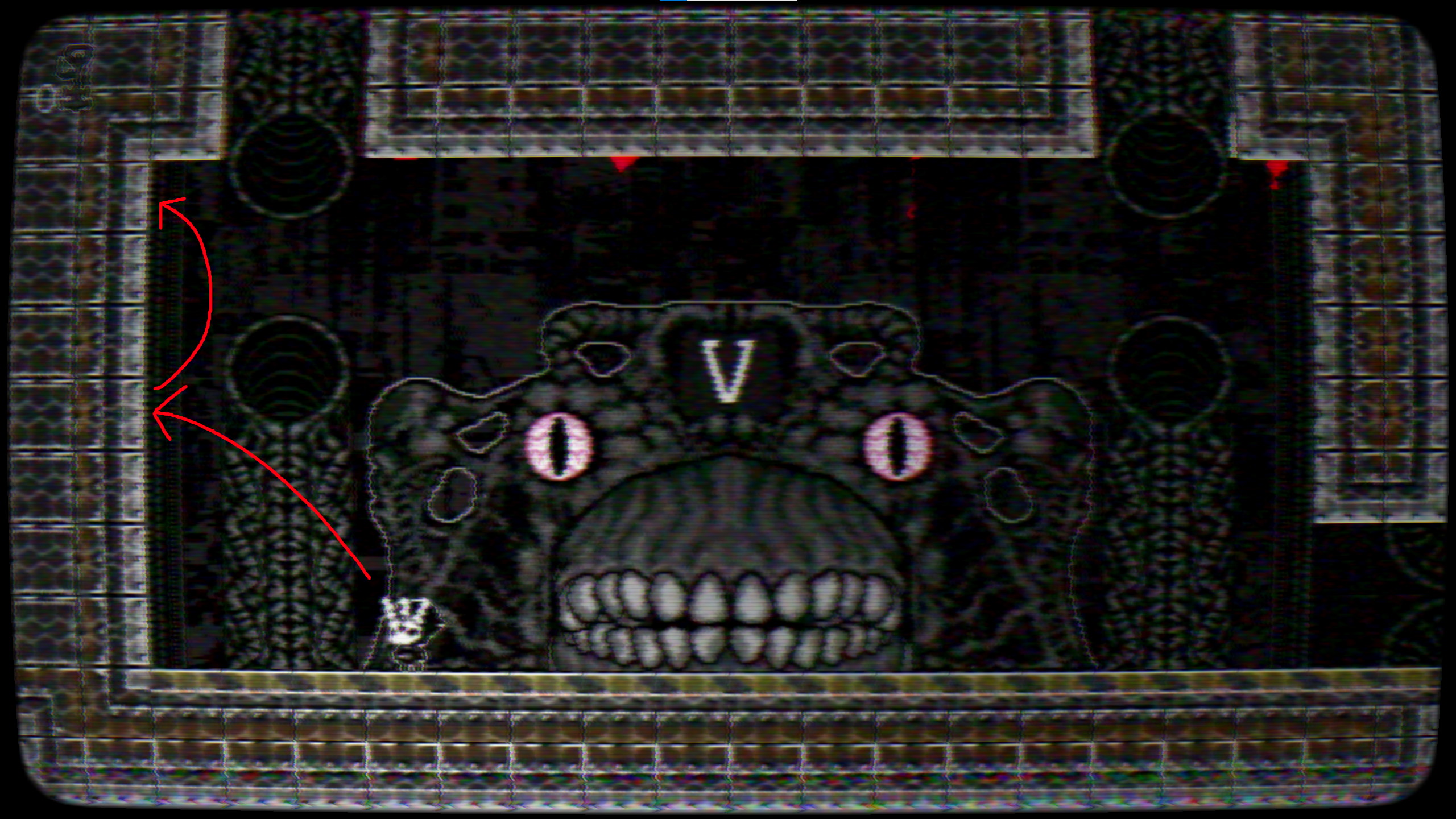 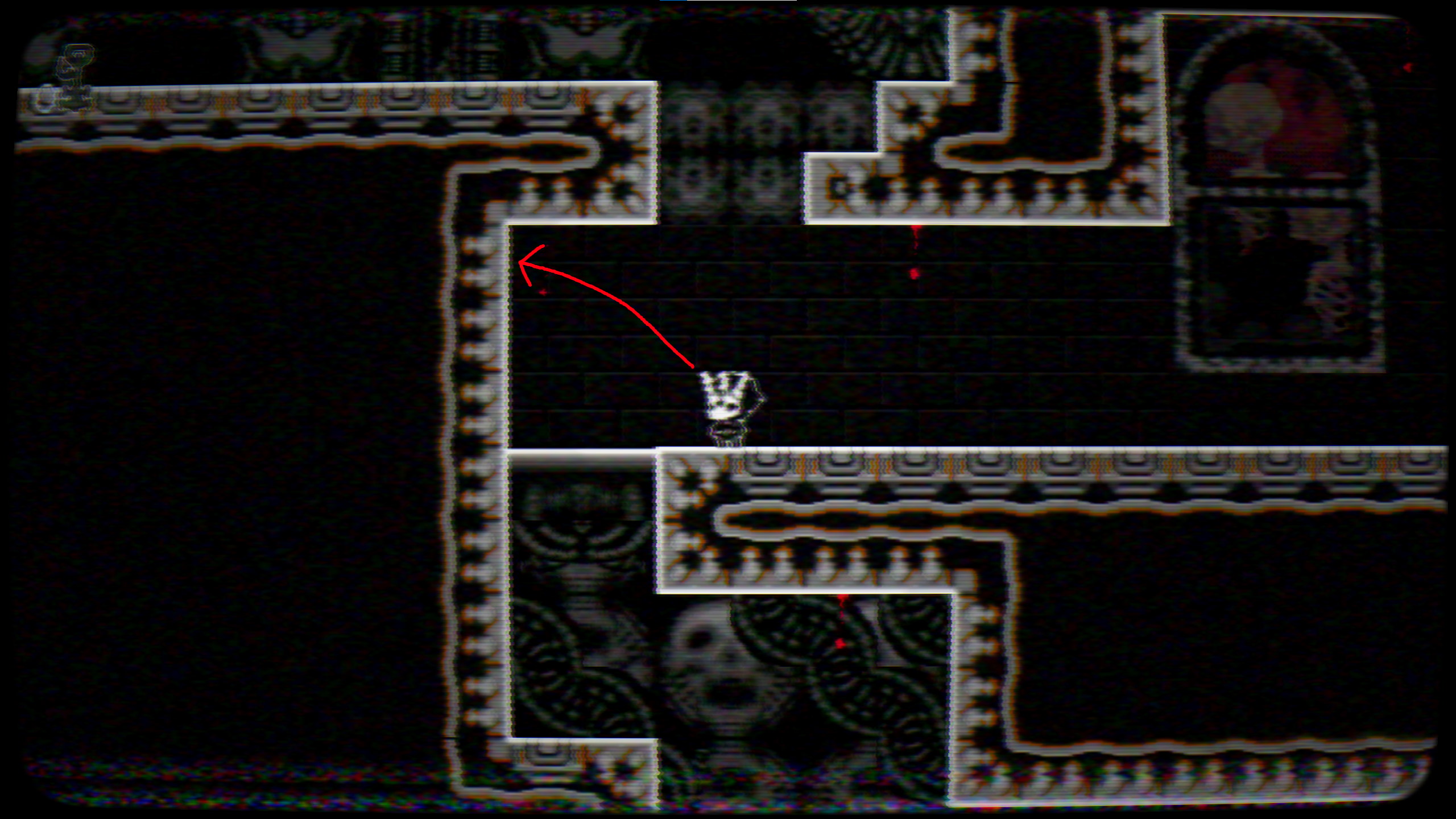 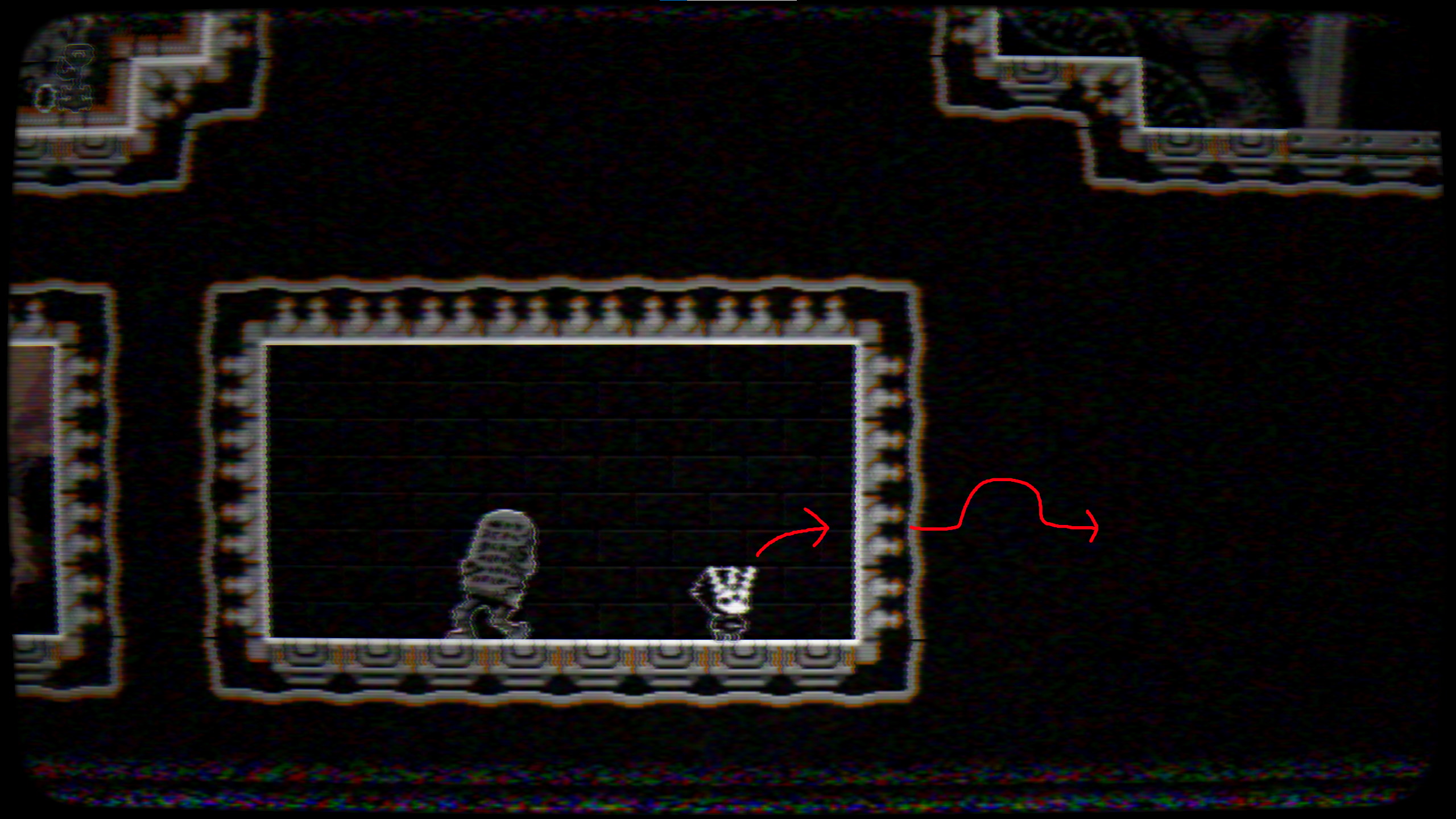 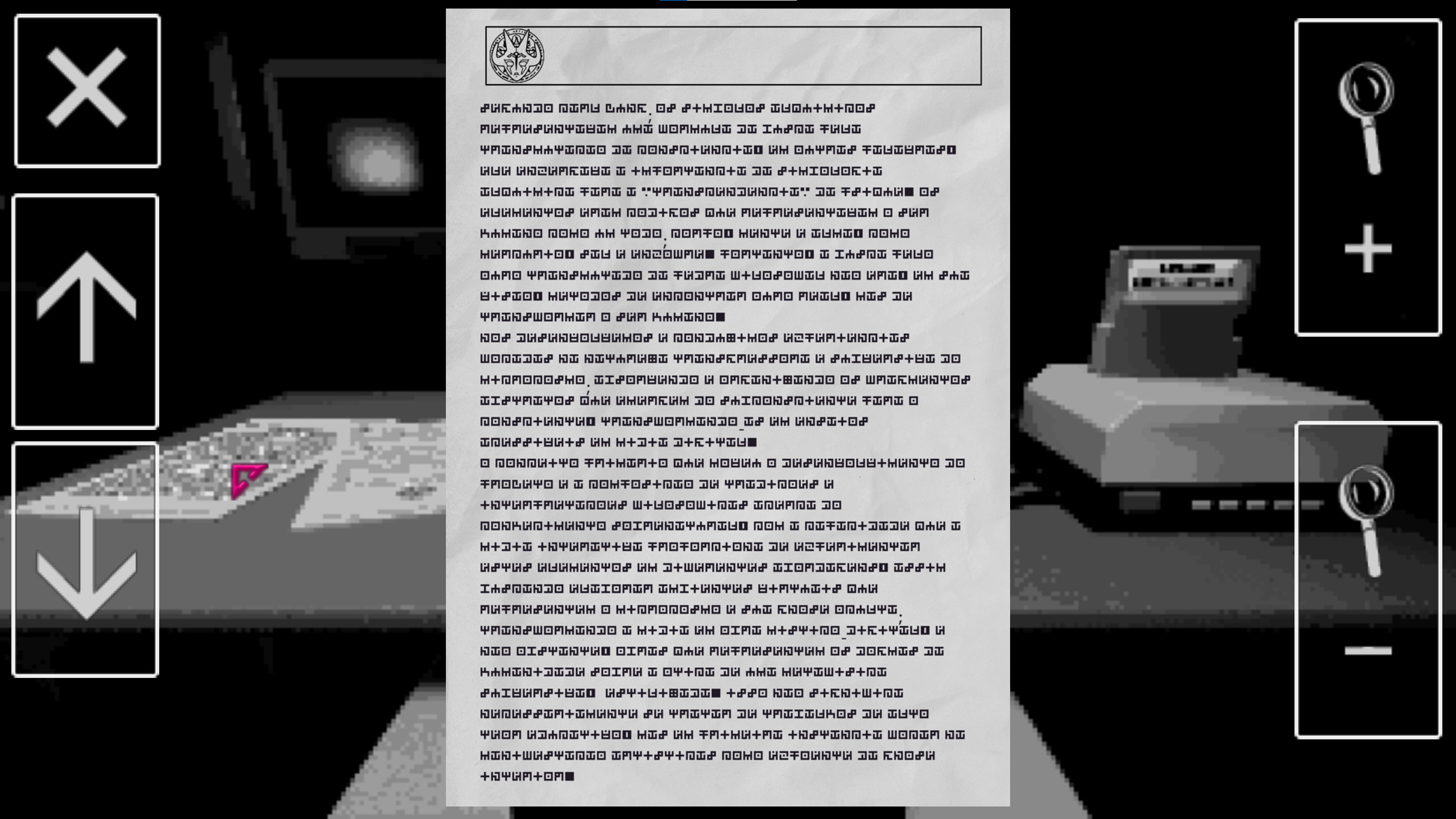 One of the documents on the desk is entirely encoded in the symbol alphabet. Translating it yourself is quite fun, and its not very difficult to figure out (check out my key guide for some tips if you want to do it yourself but need a bit of help). Here’s the decoded and translated version for your convenience, as well as an alphabet chart if you want to decode it yourself.


Here’s an alphabet chart for those who don’t want to make one themselves. – [imgur.com]


English:According to Carl Jung; alchemical symbols represented a formula for the search for the transmutation of cognition, in other words, he saw the importance of alchemical symbology for the “transcendence” of the psyche. The elements were codes that represented the human being as a whole; body, mind and soul, like mercury, salt and sulfur. Therefore, the search for the transmuted gold of the philosopher’s stone was not, in his view, methods of finding real gold, but of transforming the human being. We developed and conducted experiments focused on the transgressive and subversive nature of the microcosm; absorbing and organizing the abstract fragments that emerge from the subconscious to the conscious, transforming them into accessible essays in digital media. The primary concept that moved the development of the project is the composition of traditions and philosophical interpretations about supernatural knowledge, with the ability that the interactive media provides to experience these elements in different approaches, thus seeking to develop virtual environments that represent the microcosm and its hidden gnosis; transforming the media into a mystical-digital work, and nevertheless, works that represent the dogmas of humanity on the optics of a stylized, subversive metaphysics. This does not necessarily mean that they are works with a high educational content, but primarily to focus on artistic manifestations as an exponent of interior gnosis.

Hope you enjoy the Guide about Teocida – Teocida Secret + Hint Walktrhough Guide, if you think we should add extra information or forget something, please let us know via comment below, and we will do our best to fix or update as soon as possible!