Simple guide to help you get some more difficult achievements. (And tips for seemingly easy ones.) 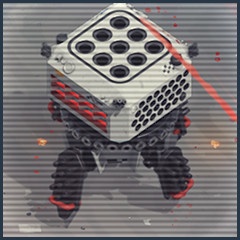 Defeat Experiment 57
This is likely the first boss you will face. Stay in between its firing zones to avoid most damage, and defeat it with ease. 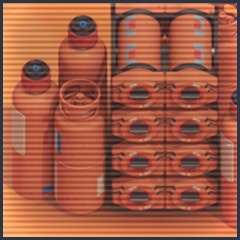 Hack the Server
The Server boss is a slightly more challenging encounter of endurance where you must stay close to the center and defeat incoming robots. This fight can potentially take the place of the experiment fight, but only on the Kaida Training Floor variant of the first zone (Orange floors). 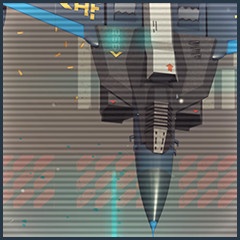 Defeat Raptor Type E
The Raptor Jet is the first boss of the second zone. Strafe left and right, don’t stop moving, dash when possible, and you will certainly come out on top.

There is no achievement for the conveyor encounter, and the APC one is further down. 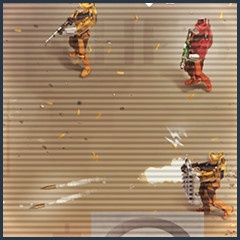 Defeat the Arena Masters
Arena masters are one of the bosses for the third zone. They are three high strength androids which each carry a unique weapon. The Flamer, Riot Shield, and Sniper all spawn from right to left in that order. Focus on the sniper, he has the lowest health but poses the highest risk to the player. The other two can be dispatched either way, but I recommend killing the Riot Shield while out-ranging the Flamer.

Terror Has No Shape 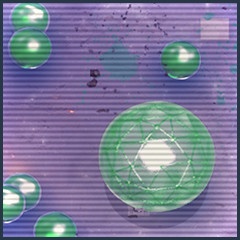 Defeat the Unstable Mass
Unstable Mass is another third zone boss. It is a large blob which spawns smaller blobs who spawn even smaller ones. Defeat the mid-sized blobs, then take out the biggest one. This boss can only appear when playing solo. 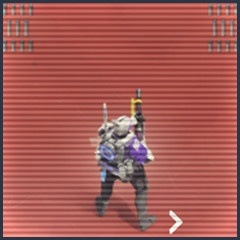 Defeat the Last Defender
Last Defender is the final boss of the game, and defeating it counts as a "Completed" run. This fight is a bit too complex to give a proper short description, so just practice, and eventually you will win! 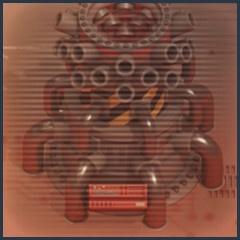 Survive the Armageddon Chamber
The Armageddon Chamber (or device) is a very hard version of the Server Hack bossfight which always occurs after the Last Defender fight. The player must outpace the orange bar before it hits the right side of the screen by staying close the the device and killing enemies. Succeed and you’ll get the achievement. 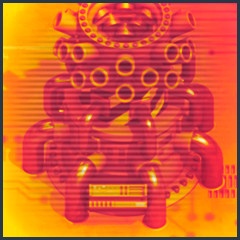 Survive the Armageddon Chamber on at least 200% (Difficulty)
Same as before, but you must have your difficulty level at 200% or higher. This is just a matter of getting the skill required to play regularly at that level, as well as some luck. 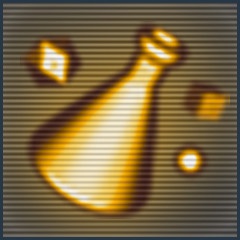 Unlock all Research options
Very simple. The total cost of all the research is 2700 data. 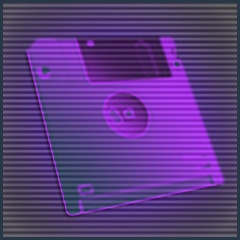 Get a rare Ultra variant for a weapon
Weapons have a decent chance to drop in Ultra variant from any weapons chest after the Ultra Variant research is unlocked. Better chances to drop from a Boss Chest. 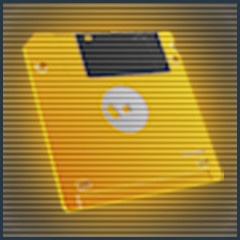 Find a weapon in the super rare Divine variant
All weapons have a 1% chance to drop as divine. Luck stat will increase your odds. 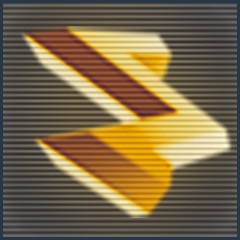 Obtain an artefact
Artifacts can either be found by collecting 3 green diamonds which are rarely dropped by enemies or finding one in a considerably rare green crate. 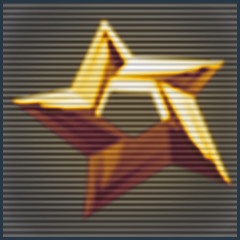 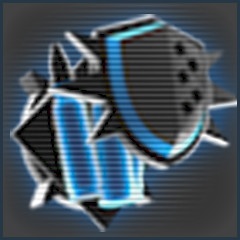 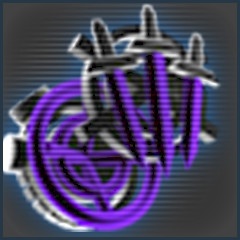 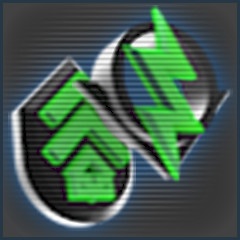 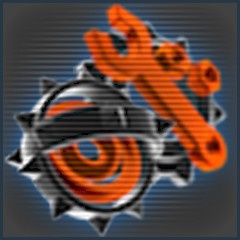 Reach Level 25 with the appropriate classes.
Maxed will be obtained when you hit Level 25 for the first time.
Prestige 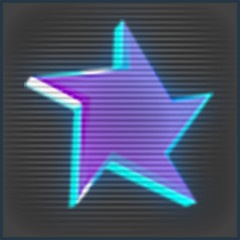 Prestige at least once
Prestige requires all research, a level 25 character and 1000 data. Use the prestige shop (It’s next to the ready button.) and hit the prestige option on the far left.

They See Me Rollin’ 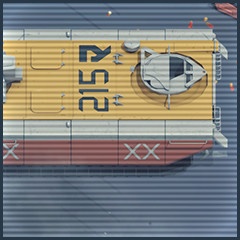 Defeat the APC
Killing the Armored Transport can be very difficult, so I will recommend a very simple strategy to help you come out on top.
Class: Heavy Gunner with Routine + Any, as well as Road Flare + Any
Weapon: Eminence AR, AEK Special Elite, Object 29 or an LMG.
Items: Magic Mag, Heat Sink, Powershot or Tsunami Talisman, these are all to manage heat or recoil levels. Ordered in level of effectiveness.
Token the items/guns you especially like. If you do not understand what tokening is, see here: https://synthetik.fandom.com/wiki/The_Basics#Supply_Hack.2FWeapon_Tokens
Strategy: Dump 100% of upgrade kits into your weapon, prioritise upgrades which improve heat management, magazine size, and then DPS if available. Try to upgrade your onslaught system, road flare and other heat management item to 200% or higher. In the fight, kill all the minions summoned by the Transport so you can focus on the boss itself and just spam all your items when available. If you got somewhat lucky with items or upgrade kits I have total confidence in your ability to destroy the rolling menace.

Alternate strategies: Play on lowest difficulty possible. All enemies will be pathetically easy, including bosses. The APC will die whimpering.
OR Play on Hyper Adrenaline, and constantly risk your life for the potential of immense damage output. The transport will die a glorious death!

Keep in mind that you are not guaranteed to even be fighting the APC, so this will probably take multiple tries. 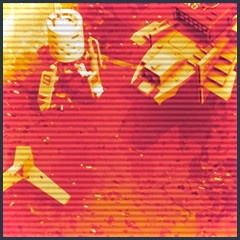 Beat 5 rooms in Loop
Loop is the zone after the Armageddon Chamber where the game will eventually wrap around to the final area again, hence the name.
A ‘room’ is what most people would call a floor, where you directly progress to the next teleporter and use it.
Make sure you do NOT pick up the Armageddon Shard after defeating the Device, and if you accidentally pick it up make sure you drop it in the Armageddon Device room or else you will die before getting the achievement.
Strategies; either play very carefully and treat each enemy as a substantial threat or turn the difficulty down to minimum to heavily neuter enemy spawns and threat level. 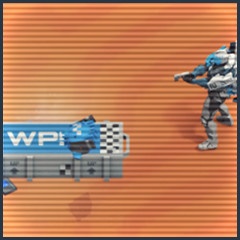 Fail a timed chest with little time remaining
This one is pretty finicky/buggy, but the gist is that you need to fail to open a timed chest while you are partway through opening it. 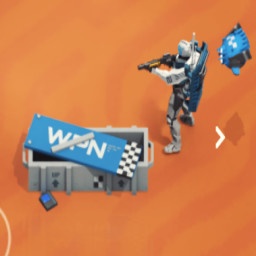 Open a timed chest in the last second
Either open the chest right before it closes, or use a keycard to open a closed chest.
Keycards are a rare drop from mystery chests or killed enemies. 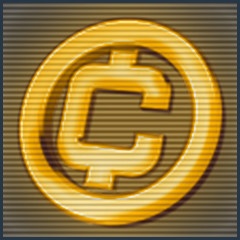 Reach Credit limit 10000
Easiest class to do this as is Raider with Madness module. Becomes even easier if you manage to defeat the APC. Simply avoid spending credits unless absolutely necessary until you hit the cap. 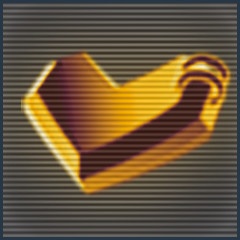 Gain over 500 HP from a heart core
Heart Core is a unique item which can be obtained by collecting 4 Core items which are found scattered on each floor. There is a 40% chance one will spawn each ‘room.’ It gives 150 max hp and 25 more max hp per kill gained during its activation period of twelve seconds, but the amount gained from kills can be increased with power level. You can either get 14 kills in 12 seconds (unlikely) or increase power level to get that number to be more reasonable. Look for a large group of enemies, or a Spidertruck. Activate the item and keep blasting until the effect ends, hopefully you get 500 or more max hp. 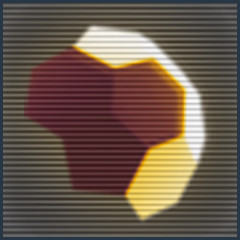 Have 3 Shield Boosting Buffs active at the same time
Pick Engineer with unidentified potion and Suitcase sentry. Immediately recycle the Suitcase to obtain a second unidentified potion. Get both potions to 250%, and when you reach 4 charges, use all your charges and hope for the best. Luck will not help you here, but having either a Refresher or Shaker should help quite a bit. You can also summon a sentry to give yourself a small shield buff. If you are level 25, you can potentially spawn two sentries for two buffs! This lowers your requirement to only one shield buff from the potions, however it is quite luck based. 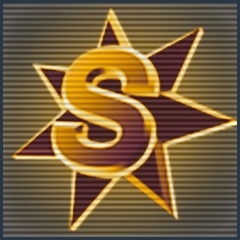 Get a "S" Rating after a run
Player ranking is highly based on damage dealt to damage taken ratio, as well as the speed of clearing stages. You MUST win the run in order to obtain the achievement. I recommend using Sniper, as he can deal a lot of damage while staying away from danger, this one is far more skill based than other achievements. 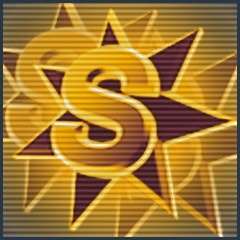 Get a "SSS" Rating after a run
Same as before, but requires an even better ratio. It is worth noting that ingame "SSS" actually means an S++ rank. The simplest way to get both of these achievements, however, is to turn down the difficulty to minimum. I don’t recommend this as there is very little satisfaction involved.

Thank you for reading, I hope this has helped you in your achievement journey.

I hope you enjoy the Guide we share about SYNTHETIK – Complete Achievement Guide; if you think we forget to add or we should add more information, please let us know via commenting below! See you soon!