This is a complete achievement guide for SUCCUBUS! I’ve included screenshots, videos and in-depth descriptions of each achievement. Please let me know if you need help with anything! The devs have announced DLC in the near future so if it comes with achievements I’ll update my guide accordingly.

Since the game just recently came out some info in this guide might be off, please let me know if you think of any way it could be improved or updated!

Take a ride on a Collector

This is your damn tongue

Number of the Beast


Self explanatory and pretty much unmissable, you’ll unlock this achievement while playing through the game.

Hit an enemy with a cocoon


For this achievement you’ll need to hit an enemy with one of the eggs. I’m not sure why sometimes they’re referred to as cocoons and other time as eggs but anyway! You’ll come across them very often and this achievement is basically unmissable since some puzzles require you to hit enemies with them anyway. You can use your pull ability (shift on PC) to pull the egg towards you then use your kick to launch it into them.


To unlock this achievement you need to kill enemies during Fury mode (R to activate on PC). Make sure you’re actually killing the enemies and not just knocking them back. (You can also execute enemies during fury so pay attention to the glow)

Kill 20 enemies without using any weapons or powers

Drop your opponent into the lava


For this achievement you need to kill an enemy by knocking them into lava. The easiest section I found to unlock this achievement is during the first level right before the final arena you’ll cross a bridge with Cherub’s flying above you, use the hold attack of the double dagger weapon to shoot one out of the sky while it’s above the lava and you’ll unlock the achievement. 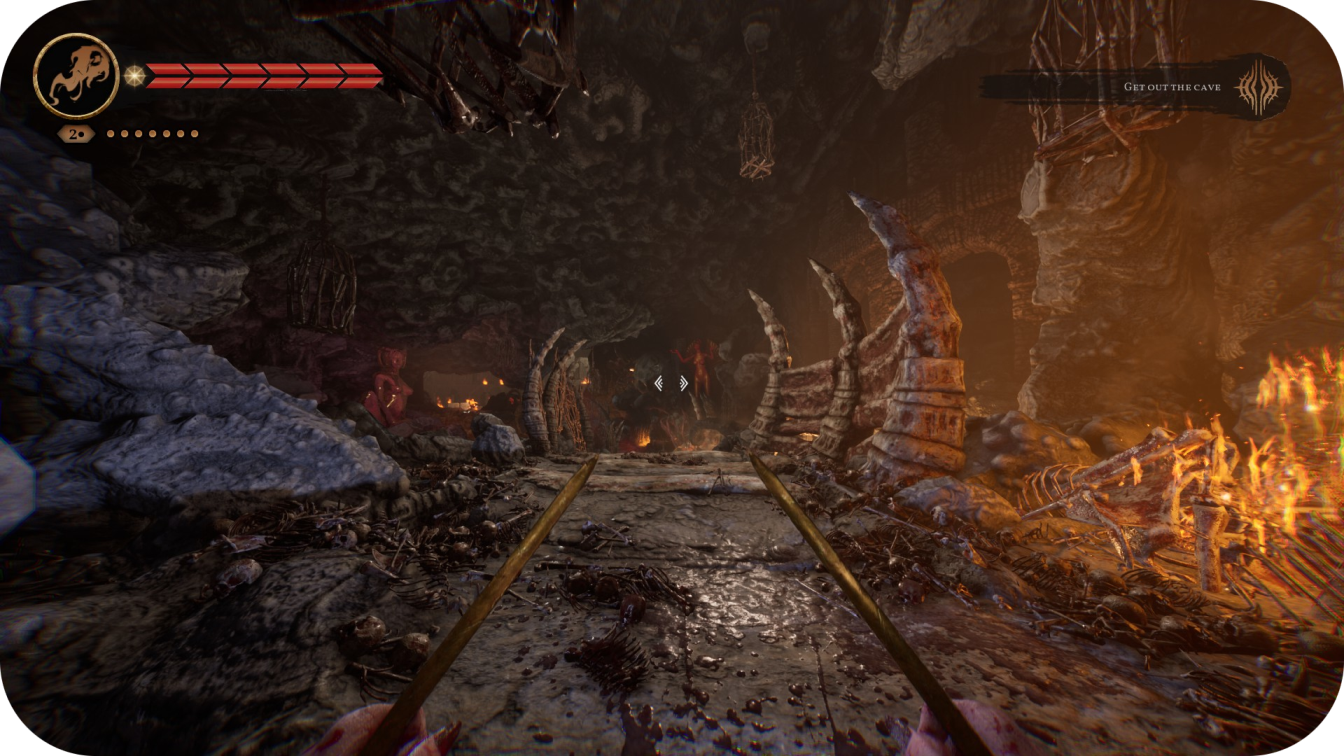 Load Cherubin on the spikes


Cherubs are the flying enemies, for the achievement you need to kick one onto spikes. You can use your shift to pull them to the ground then kick them into the spikes. There’s lots of locations where they spawn and some encounters where they spawn infinitely so you shouldn’t have too much trouble doing this achievement.


For this achievement you can use one of the powers that cause burning damage, such as fireball or flamethrower, or the hold attack with the dual dagger type weapon to burn 8 different tentacles. You’ll see them very often so you should get this achievement super easily.

Much Ado About Nothing

Waste Fury without killing anyone


Self explanatory achievement, use Fury (R on PC) and don’t kill anything.

A bolt from the blue

Kick Martyr and kill him in flight


You should unlock this achievement while going for the achievement to kill enemies with your bare “hands” or from kicking enemies into lava, spikes, etc.


You’ll unlock this achievement by finding all of the totem collectibles in the game. I’ve included all the comic book, worm & Interactive Scene locations in my video even though they’re not required for the achievement. (The time stamps for just the Bestiary Totems are in the comments if you want to focus on them.)


**This achievement is currently bugged and can’t be unlocked, it should be fixed in no time!

You’ll unlock this achievement by completing all the side quests for the different levels. Some things to note:

– Side quests can be unlocked one at a time, they don’t have to all be unlocked in a single run of the level.

– Side quests marked as Required Difficulty need to be completed on hard.

– Other than the Required Difficulty side quests I would highly recommend playing on the Story difficulty, it’s pretty cheese but some of the Complete on Time quests are almost impossible on the higher difficulties.

– Avoid Damage side quests mean you need to finish the level without taking more than the required amount of damage to your HP. This is one of the hardest challenges to do. Even on Story difficulty a couple of the levels are still extremely difficult (Infested City in particular) I recommend taking the weapon called ‘Puningers’ and spamming the ranged attack as well as the dash to easily kill enemies without having to get close to them.

**If you need help with any of the side quests don’t hesitate to ask about them, I can upload walkthroughs if need be!

Take advantage of the cave’s comforts


To unlock this achievement you need to take a bath in the pool of blood in the main hub. It’s to the left of the map table. 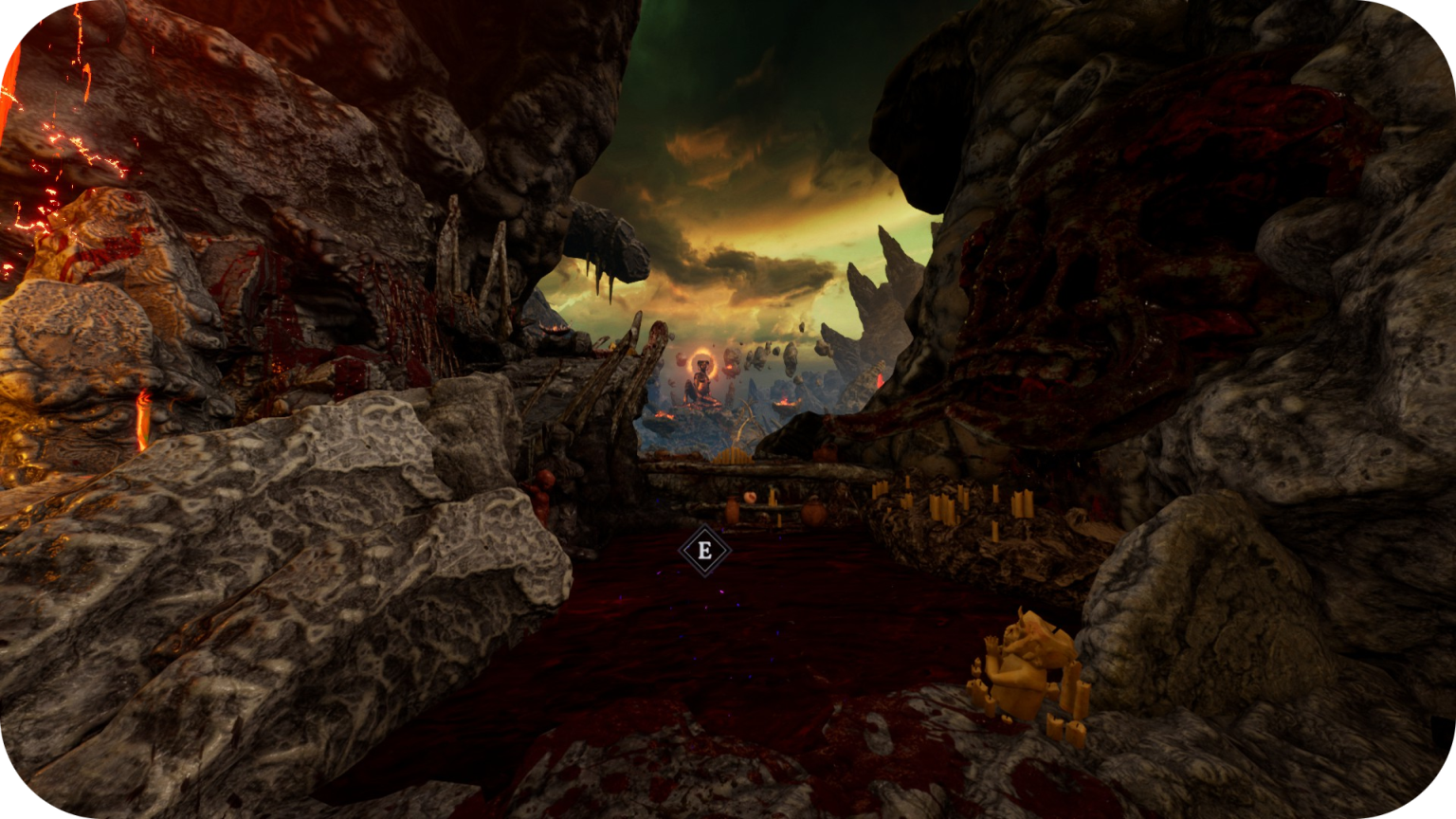 Spend 12 minutes in the Cave


Self explanatory, just hang out in the Main Hub for a while.


In the main hub you can purchase weapons, armor and Cave upgrades. Just buy any of these things for the achievement.

Selfie Mode can be found in the pause menu!


Self explanatory, keep taking photos with the ‘Take a Photo‘ button in photo mode. Make sure you’re deleting the ones you don’t want to keep as you go so you’re not filling up your pc with unnecessary pictures. You can find the photos at: C:\Users\USERNAME\AppData\Local\Succubus\Saved\Screenshots\WindowsNoEditor

**You need to make sure hidden items are enabled in windows explorer to be able to see the AppData folder!


You can unlock this achievement at the start of the game when you have your first fight with Baphomet, however if you’ve already passed this section of the game reloading the level won’t spawn him again so you’ll need to progress until level 19, Nimrod’s Palace. Once you’ve reached the boss fight just stand in front of him and open the selfie mode, the achievement will pop immediately. 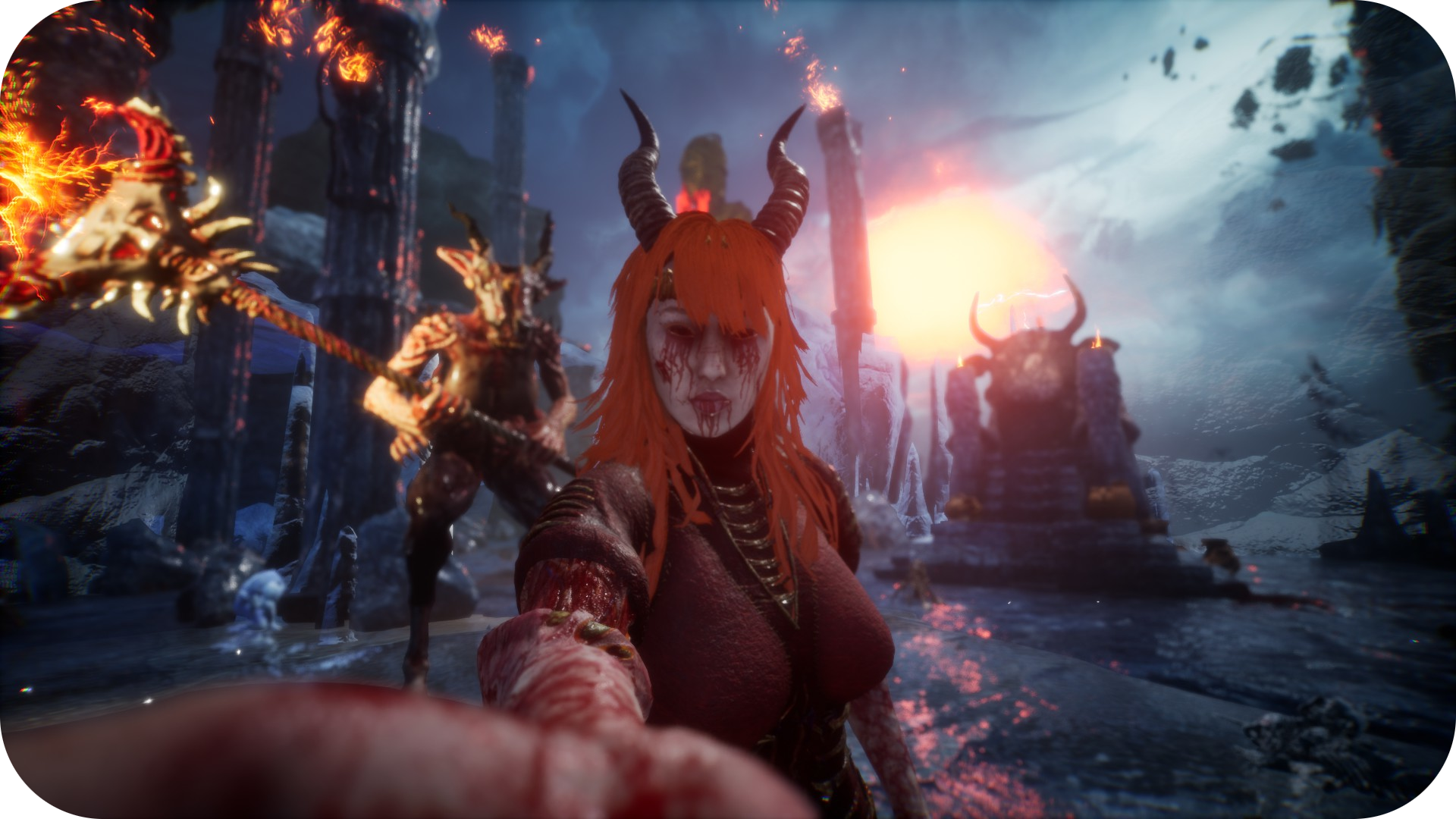 
To unlock this achievement you need to be playing with the uncensored DLC enabled. To unlock the achievement you need to interact with one of the hanging pregnant martyrs, you’ll see them pretty often. It’s technically unmissable since you’ll need to do it to progress during the first level, as long as you have the uncensored DLC. Without the censoring the Martyr’s instead appear as cups on a green altar.

**You’ll need to download the uncensored DLC on the store page.

Stamp on the baby


For this achievement use your kick ability (e on PC) on one of the babies, you’ll come across them pretty often. Killing them also heals you!

Life flows slowly in the hell…


All you need to do is.. nothing! Don’t touch your keyboard or mouse, after a little while an idle animation will play, then 50 seconds later you’ll unlock the achievement.

Roll the Ball to the basket


You can unlock this achievement during the 8th level called Forgotten Lair. Near the start of the level you’ll enter a large area where you need to kill a group of enemies, once you’ve killed them all you can find the ball hanging above you attached to a chain. Use the pull button (shift on PC) to pull it towards you. The hoop is attached to the bridge. The description is a bit misleading you need to kick it into the hoop rather than ‘roll’ it. I used shift to get the ball to hover then I kicked it into the hoop.

Travel 3 km by using a dash


You should get this achievement over the course of the game. Just use your dash (spacebar on PC) to get around and dodge enemies often and you’ll unlock it very easily.


You can unlock this achievement at any point after you’ve completed at least level 2. While looking at the map click the option to‘Switch to Leaderboard Mode’. Then select one of the applicable levels. Then press‘Play Again’and you’ll unlock the achievement, you don’t actually need to play through the level.

I can not decide


For this achievement you need to toggle armor visibility. You can find the setting under the General tab in the Options. Just untick the ‘show armor’ setting.

Hope you enjoy the Guide about SUCCUBUS – All Achievements & Walkthrough, if you think we should add extra information or forget something, please let us know via comment below, and we will do our best to fix or update as soon as possible!