Tanks and IFVs are a very useful and valuable a*sets in Squad if you know how to use them. When I say “know how to use them”, I mean you can hit long and short range shots and find the range above the range finders max range. Tanks and IFVs may seem easy to operate, but once you fire that first shot, you have given the enemy your position. Once you are found, anything could happen, HATs, LATs, Mortars, TOWS, Tanks, etc. Mistakes happen though, and this guide won’t guarantee that you hit 100% of your shots. Like I said, this guide is to help you find range faster and become better at using tanks.

The numbers seen on the reticles represent the distance. I find it easier to add hundred after the number, so “4” would be 400, 15 would be 1500, and such for We will begin with Main Battle Tanks (MBT)

The concepts shown apply to most vehicles and weapons.

Ah yes, the Abrams. This bad boy can be heard from miles away because of its obnoxiously LOUD engine. It may be loud, but gawdam is it powerful. Below will be an explanation of what all of the indicators on the scope mean. 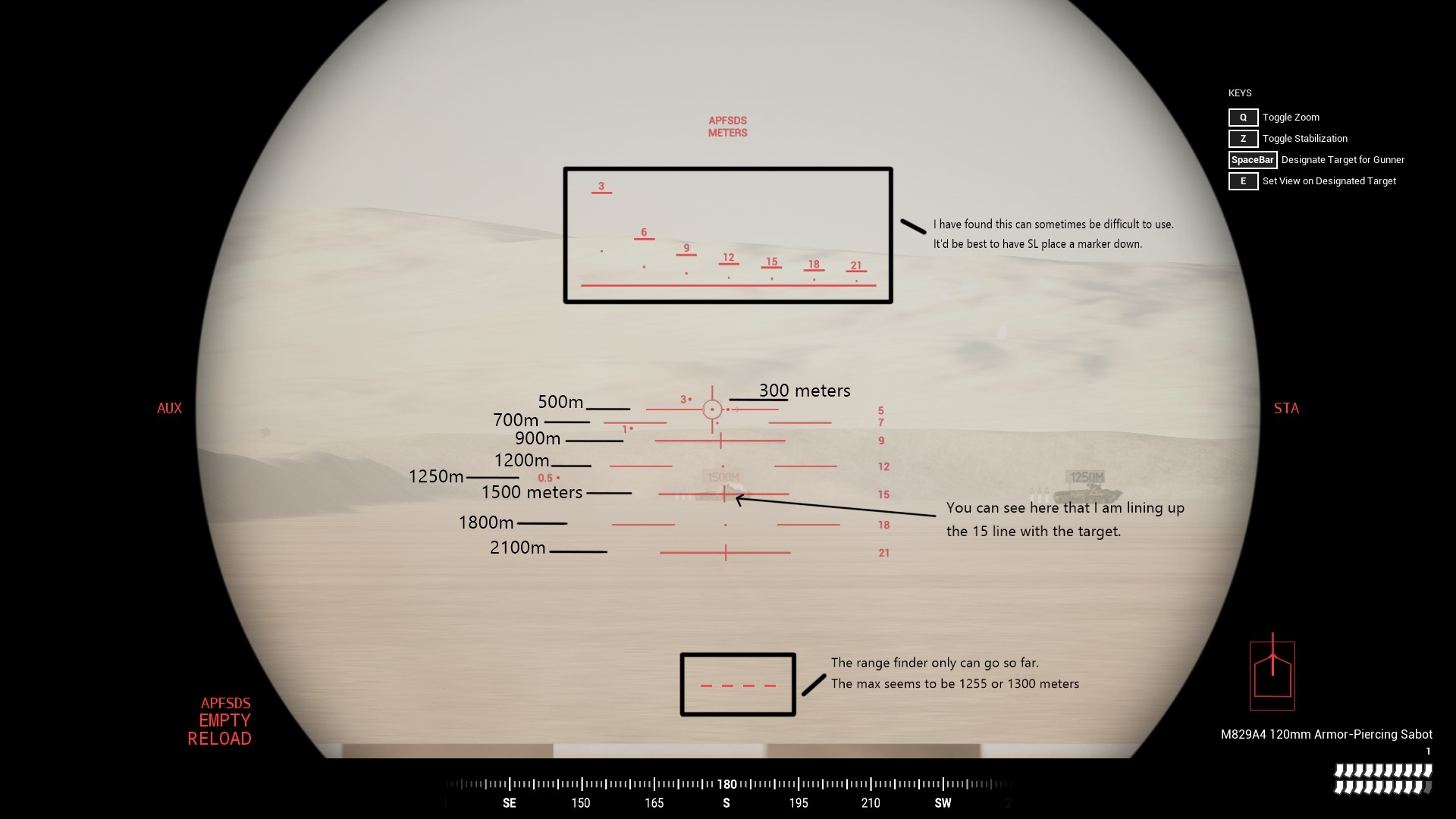 The height scale at the top is a bit weird to use, but if you want to learn how to use it, below you will find a very useful tutorial created by Karmakut

A small thing he left out was the difference between the 1.7 and 2.7

The 1.7 at the bottom of the binoculars is the range for a person or object that stands at 1.7m tall. Some other scopes have a 2.7 instead, which is used for tanks, vehicles, etc. You would commonly see 2.7 on RPGs, SPGs, etc.

The T-72 is somewhat similar to how the Abrams is set up. This thing is confusing as hell if you don’t know what you are looking at. I understand most of the things on the scope, except the random a*s 2^ shown. It would make sense if it was just above the 300 meter mark, but its slightly below it. 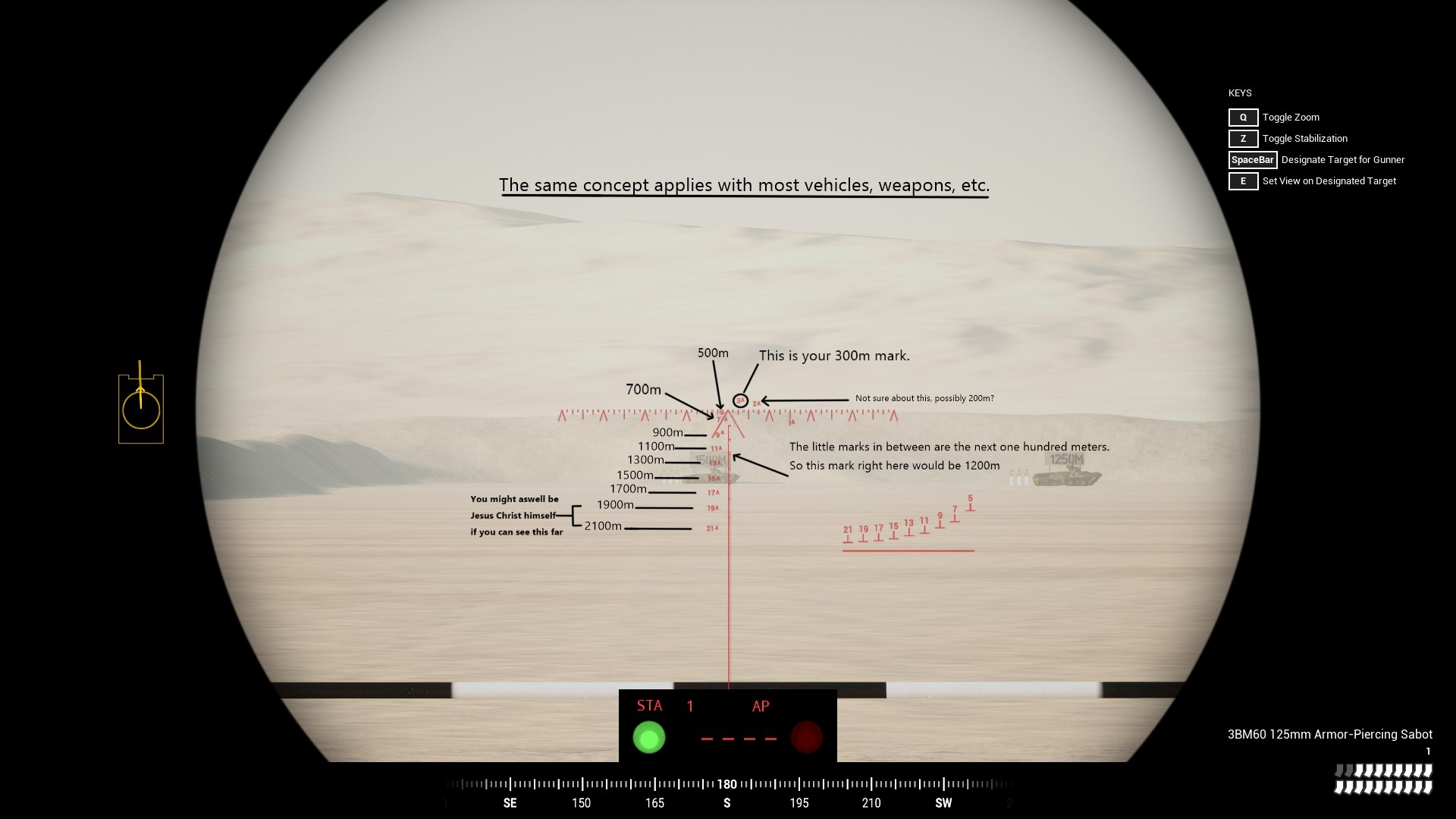 If you can’t see the marks in between, I suggest heading to the American and Russian training base and hopping in the T-72 to understand what I mean.

It is easier in the picture because the range is given, but you can see that I am lining up the 15, which indicates 1500m, up with the target.

The F4034 is used by the British Army. It is relatively small, but packs a serious punch 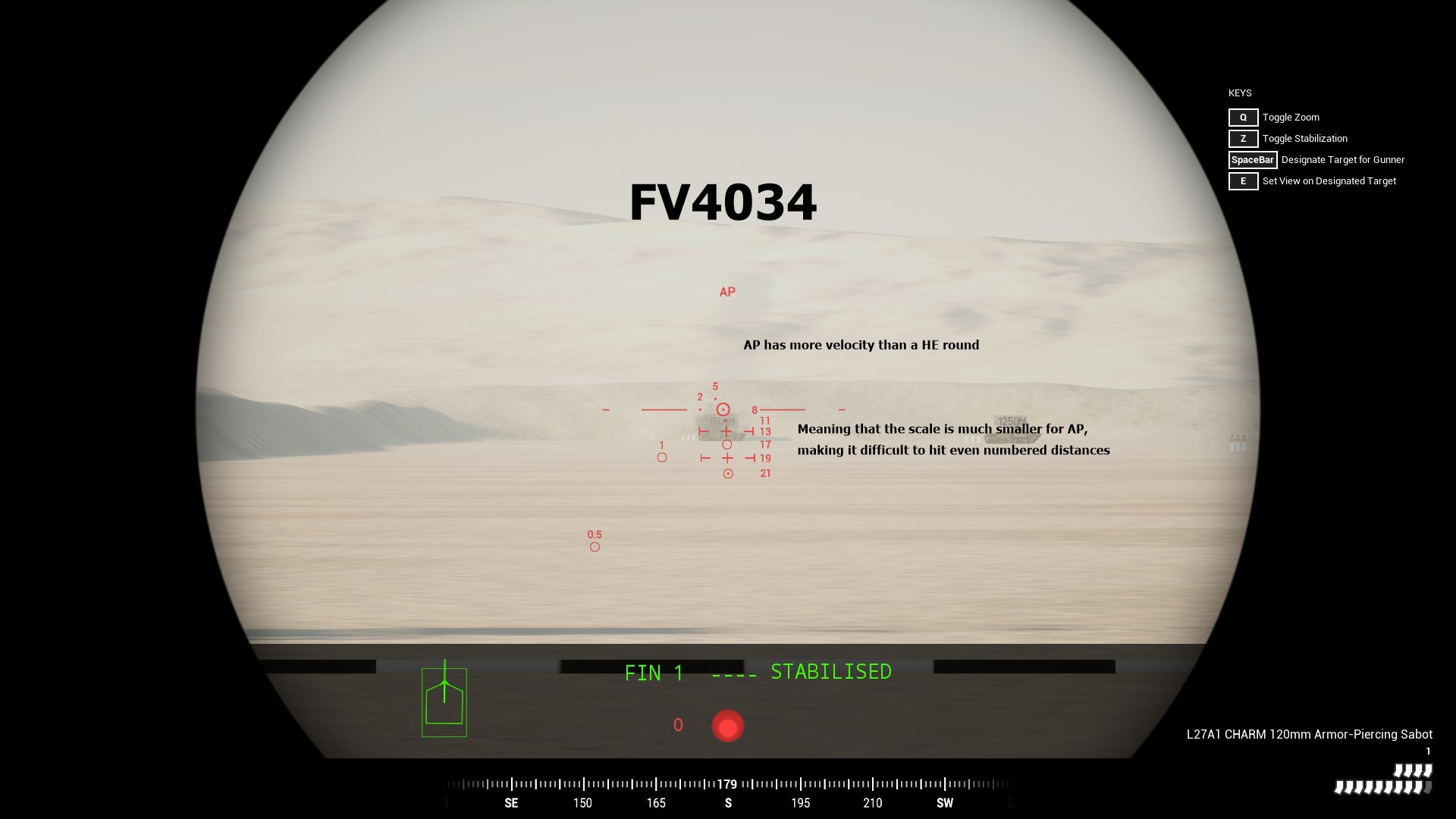 This is BY FAR the most easiest and coolest tank there is in Squad. It is similar to how ranging on a sniper rifle is, x to change the range. 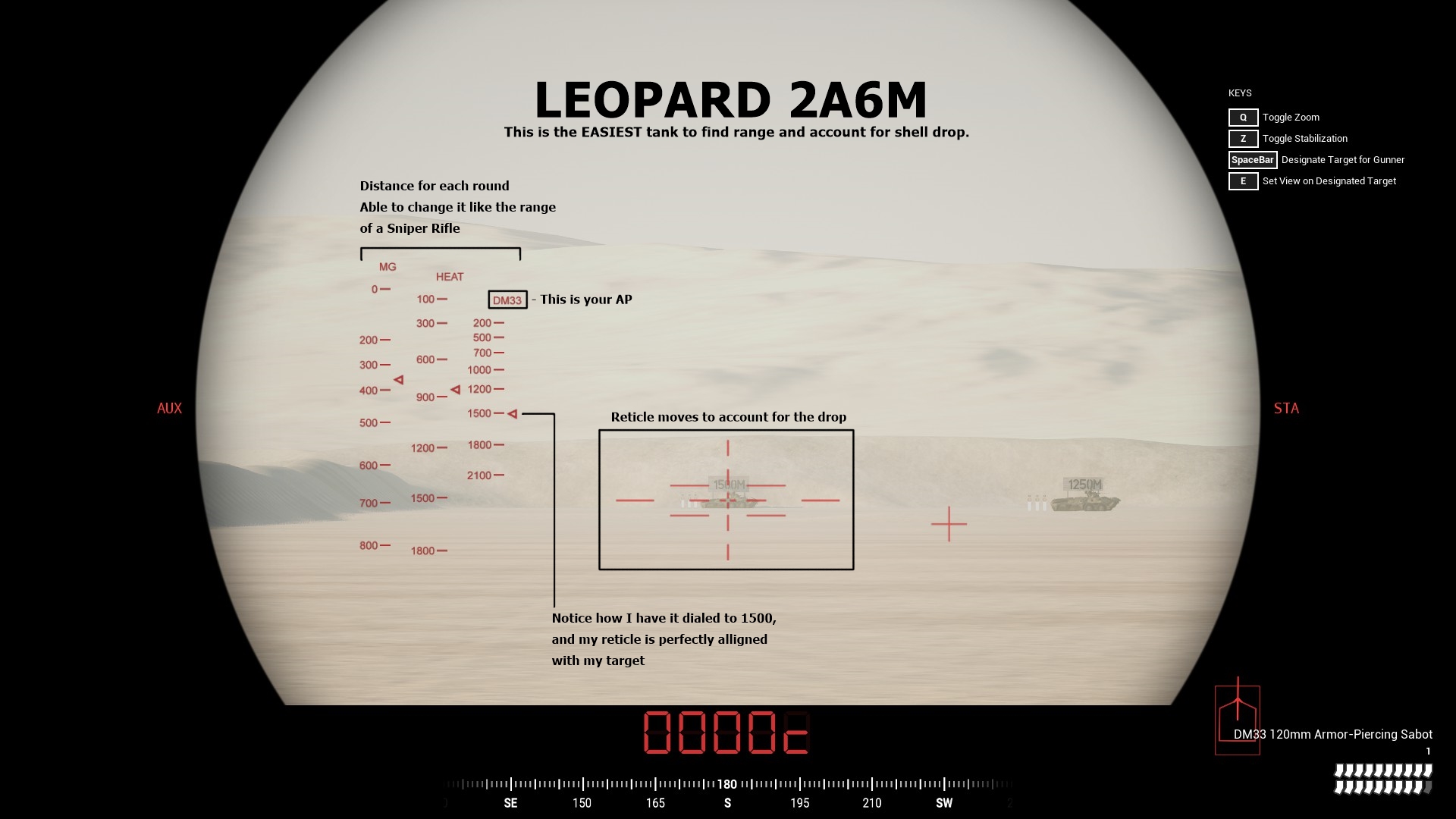 This tank is by far the jankiest POS tank I have ever used. If you like this tank, you are absolutely bonkers 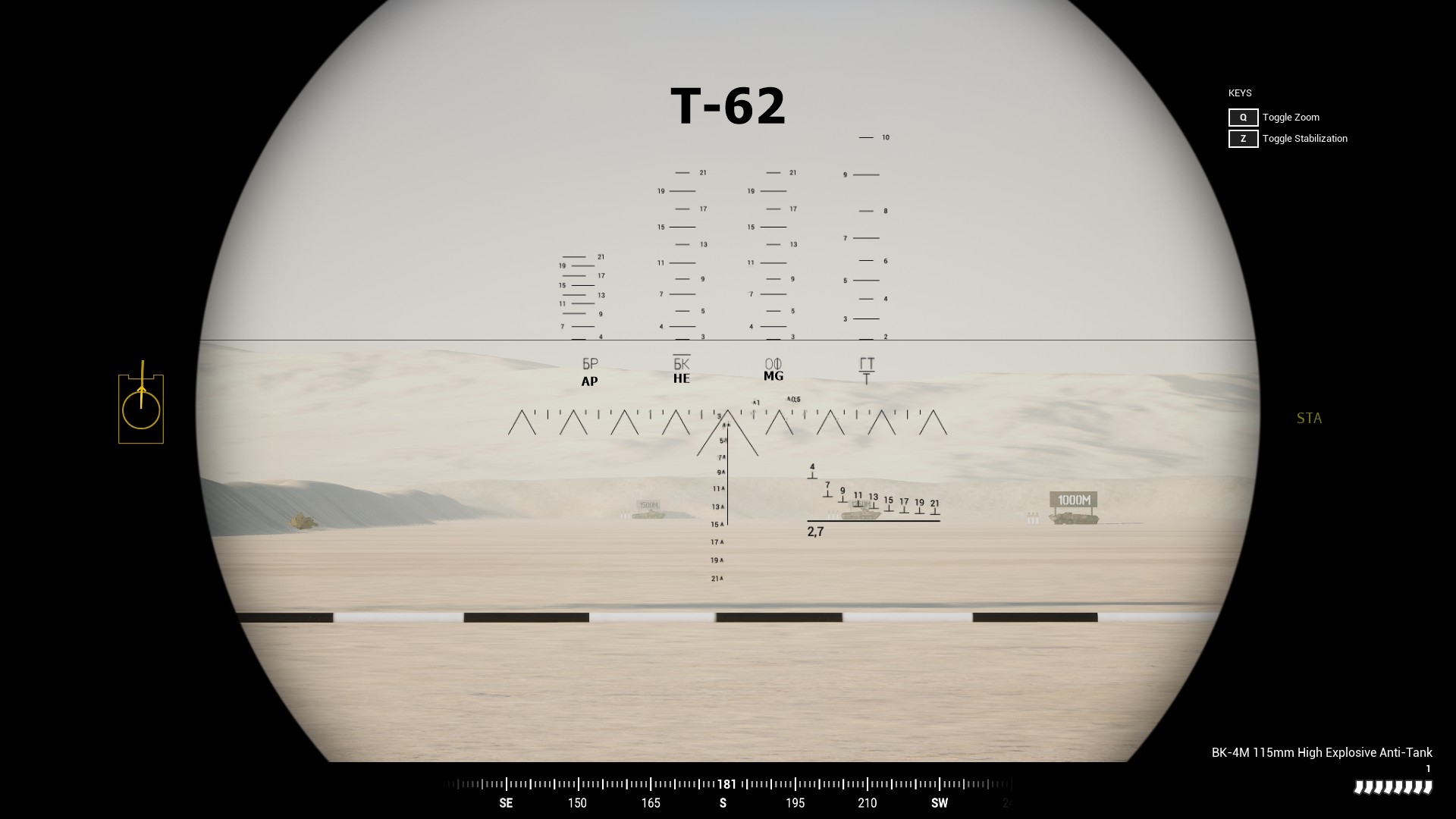 IFVs are used primarily for taking out infantry, helicopters, and smaller less armored vehicles. I would suggest to not use them against tanks, because they don’t do much to tanks. If you do engage a tank, do it from afar and hidden. haha btr go bo*boobo*boobo*booboo

Used by the army, this IFV is slow but very deadly. 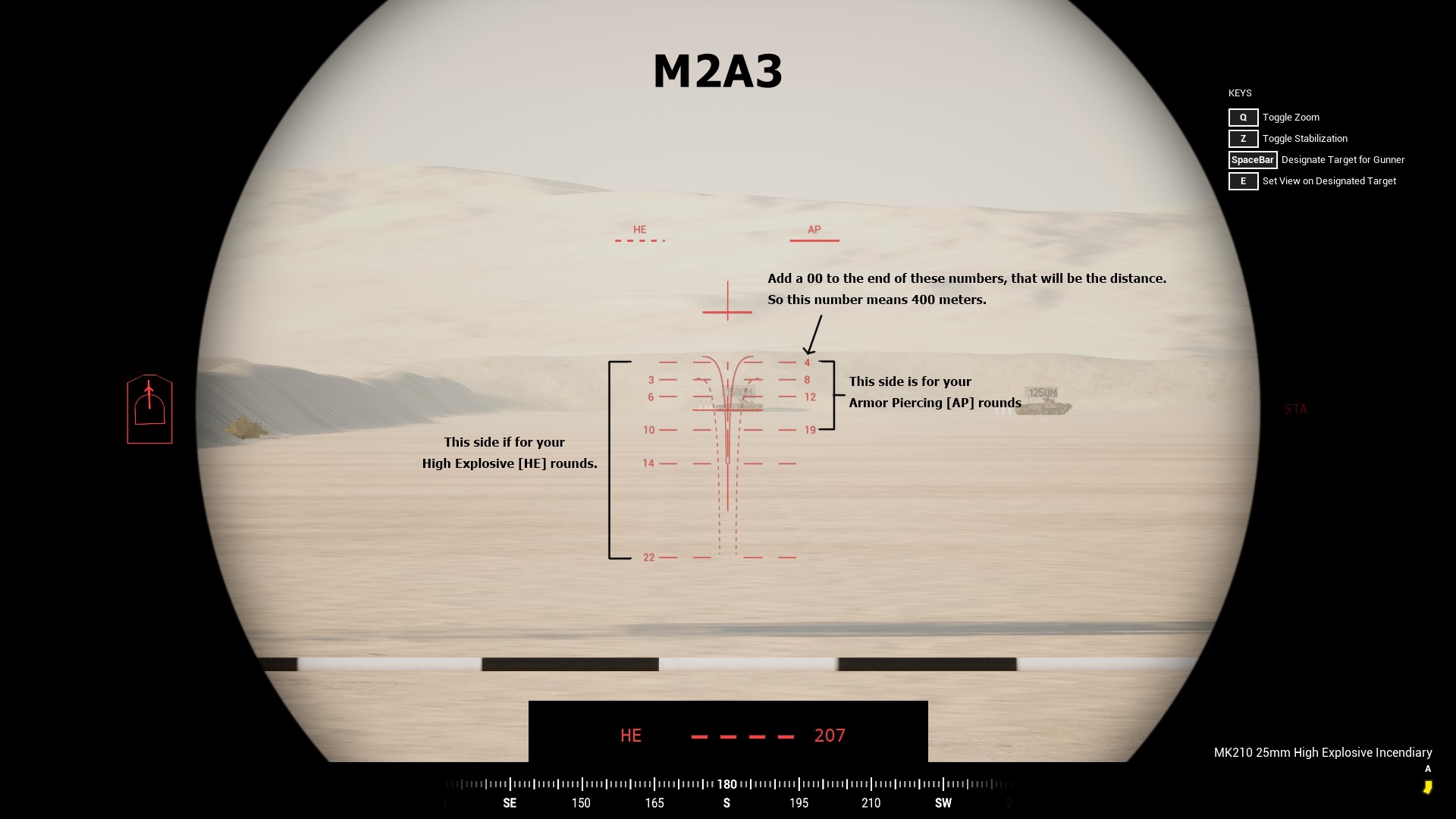 Used by the Bri’ish Ahmy, this IFV looks straight out of the Just Cause series and can hold 12 people. 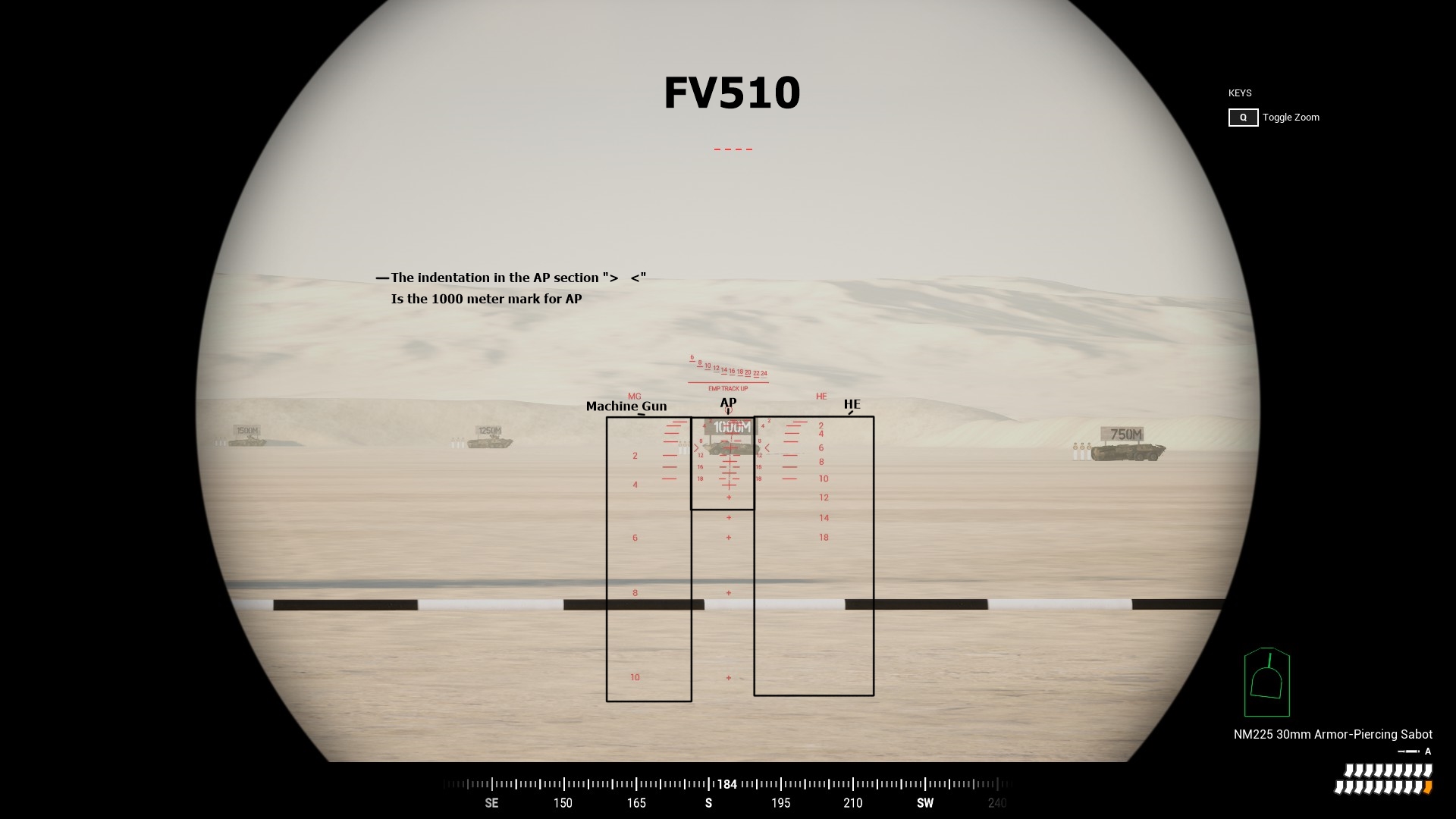 Used by the Canadians, this IFV is somewhat easier to range because of how many numbers for range it has. 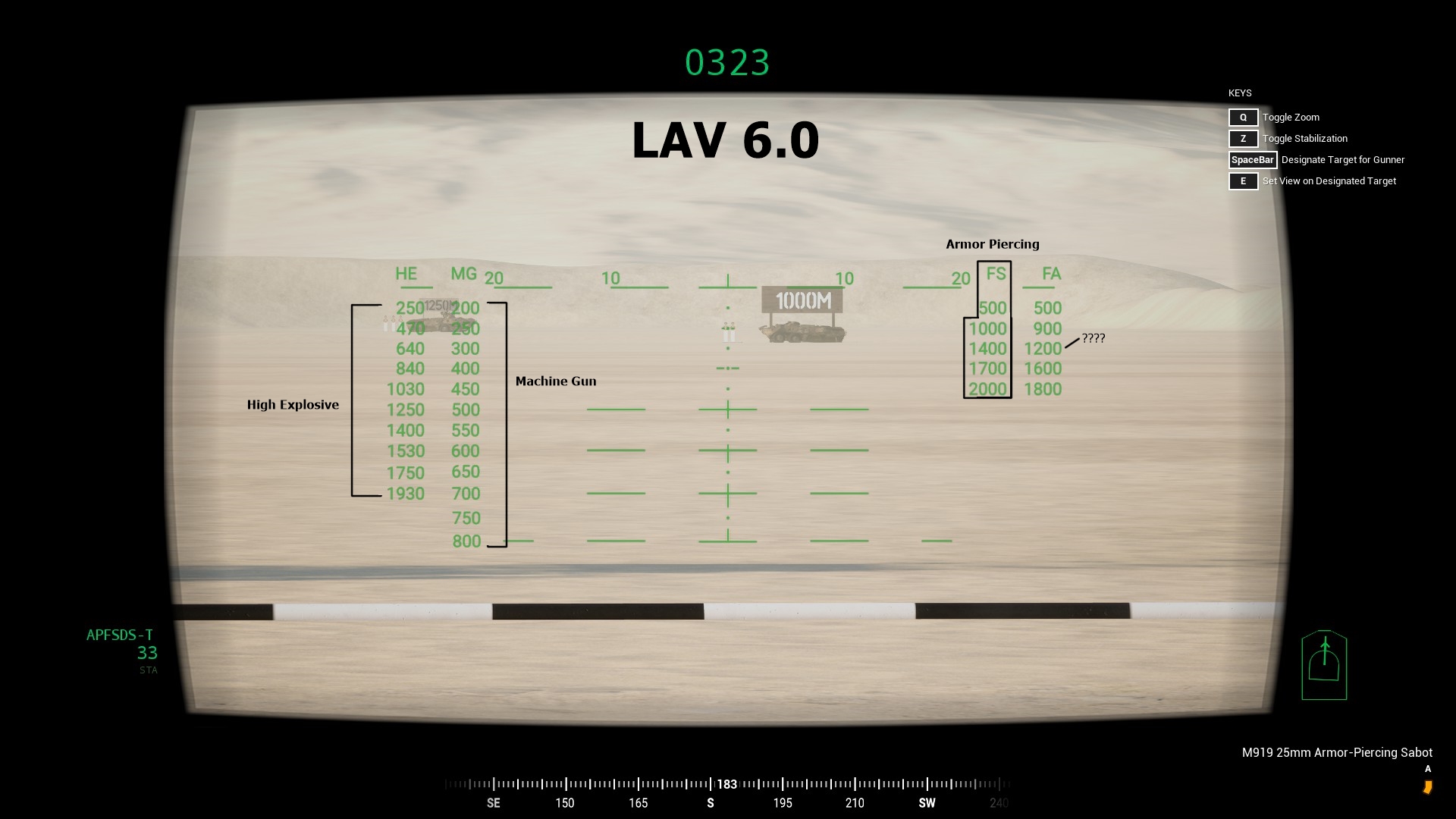 By far one of the scariest sounding Russian vehicles in Squad, at least for me. This IFV is a very hard hitting vehicle. 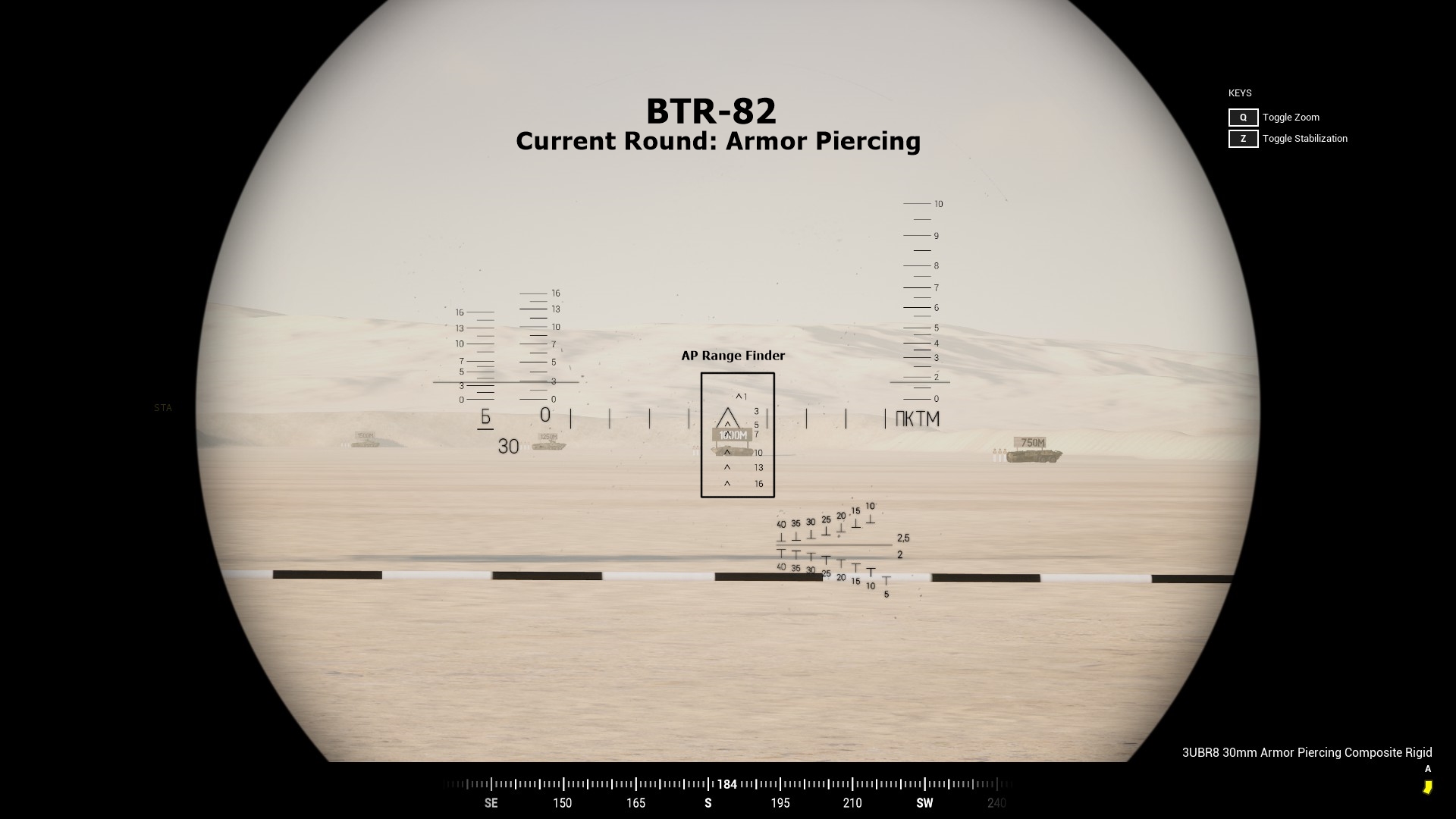 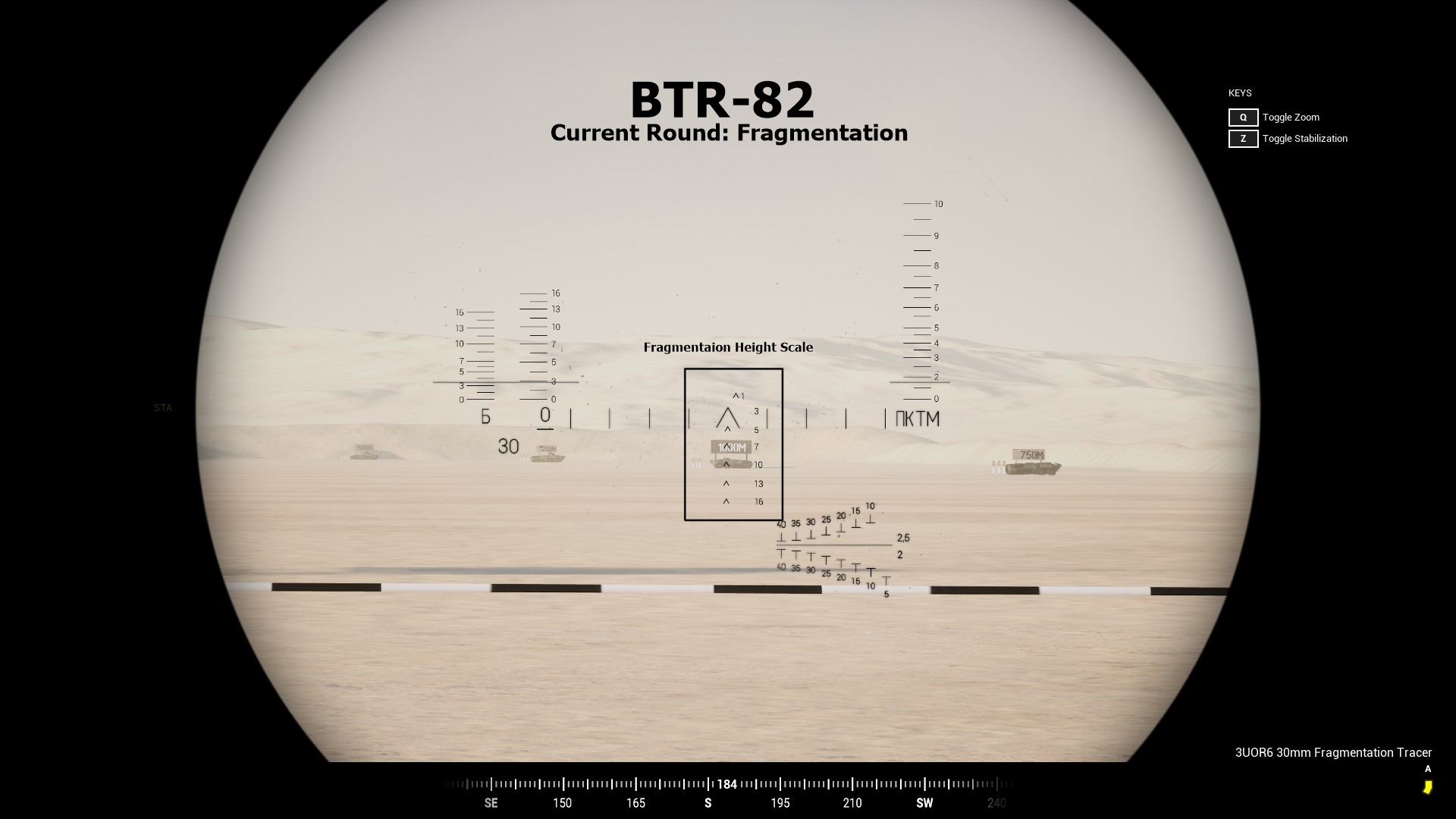 Another very janky vehicle! Janky but deadly, used by the Russians and the Middle East. 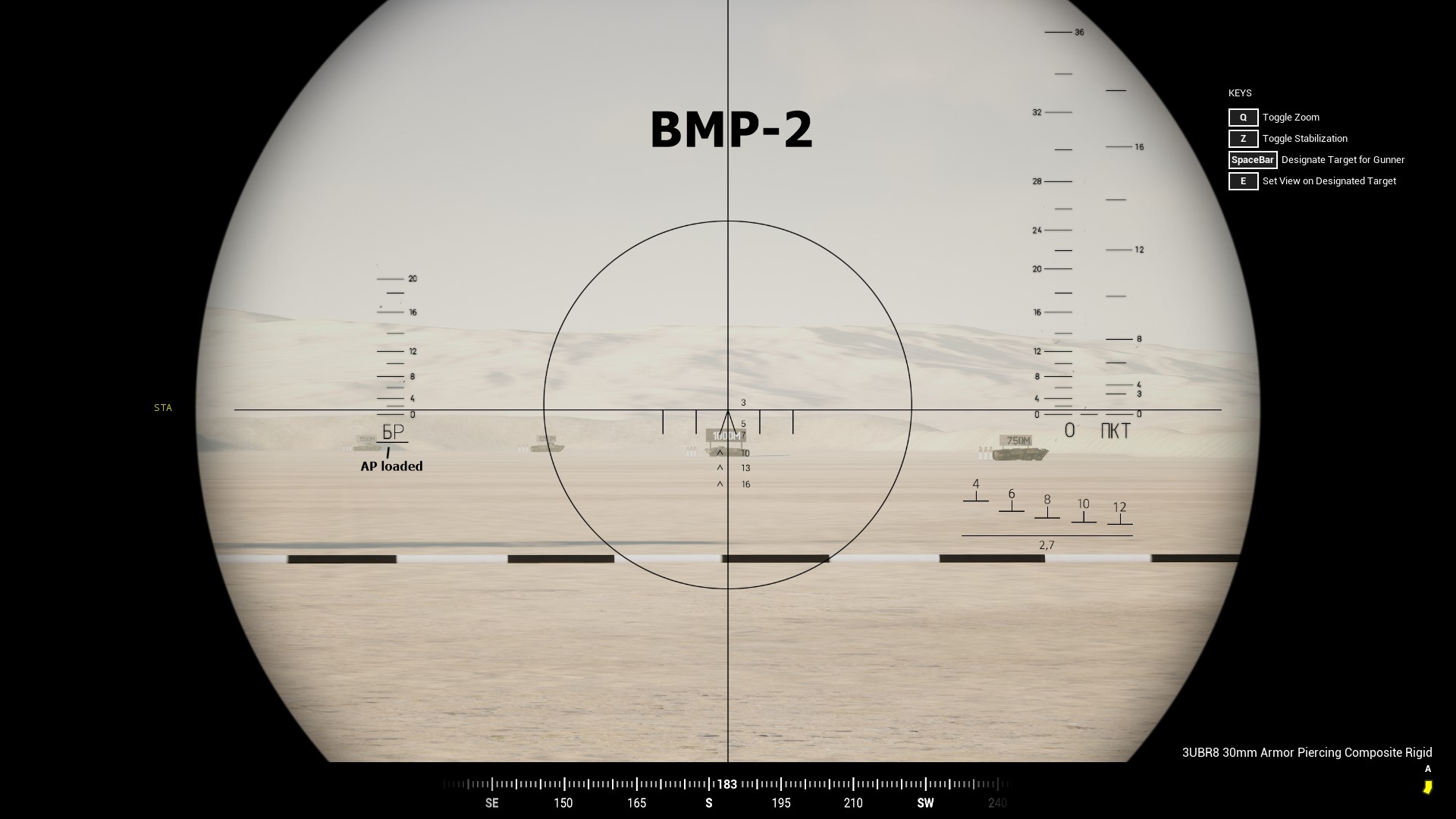 Well, you guessed it, janky as hell. Used by the Insurgents, Militia, and the Middle East, the BMP-1 is one of many common 30mms seen on the battlefield 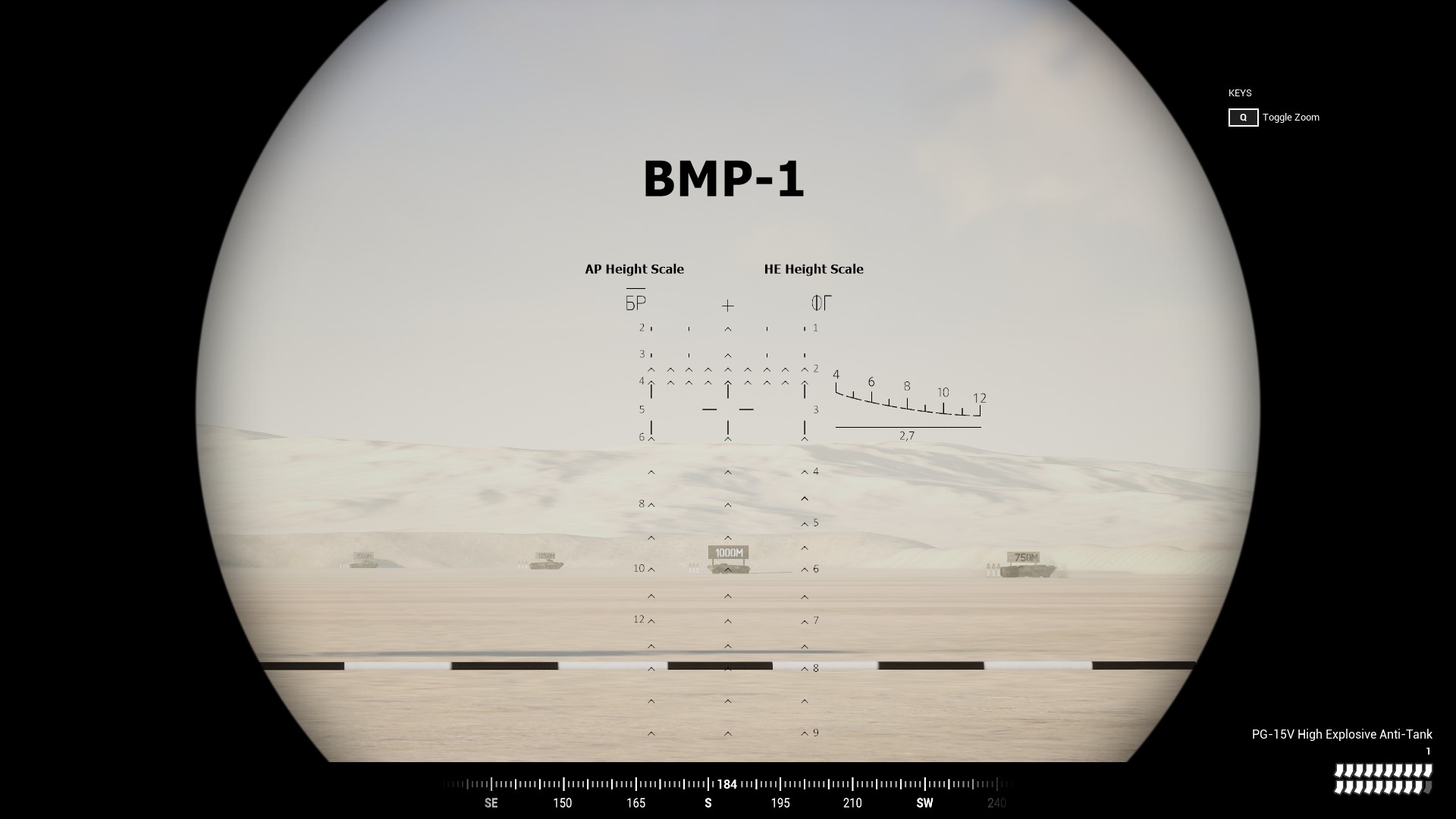 So what I have explained in this guide applies with MOST, not all, most of the vehicles and weapons in game. Now, I just wanted to explain that the farther the target is, the harder it is to hit the vehicles weak points. With longer distances, it may take 2-3 AP shells to destroy the tank. While with shorter distances, if you know where the vehicles weak points are, the amount of shells it takes to destroy the vehicle varies from 1-2. It also depends on the type of vehicle, when I estimated the amount of AP shells, I was primarily talking about other tanks.

I really hope I was able to help some of you better understand the indicators that can be seen on tank scopes. If there is anything I got wrong or needs more clarification, I would be more than happy to correct my mistakes or go more into detail on something.

This is all about Squad – MBT & IFV Ranging Guide; I hope you enjoy reading the Guide! If you feel like we should add more information or we forget/mistake, please let us know via commenting below, and thanks! See you soon!